Alice Cooper’s, Detroit Muscle Tour exploded onto the stage of the Findlay Toyota Center in the Prescott Valley of Arizona with twenty-three iconic and classic songs to a sold out capacity crowd of rabid Alice Cooper fans.

As soon as the lights went out, there was a frantic charging surge towards the front of the stage, filling every aisle on both side with fanatic fans that wanted to get as close as possible to the master of shock rock, his incredible band and the elaborate gothic stage setup. Alice was the only act on this bill and the band presented twenty-three killer classic songs from eleven of his twenty-eight studio LPs.

Before the concert started, the elaborate stage was obscured by a large looming curtain that had a pair of glowing eyes in the center of the curtain. From behind the curtain, the band launched into the classic anthem rocker “Feed My Frankenstein” with the curtain immediately dropping to reveal a smoke covered stage. All the guitarists were lined up across the front of the stage as Alice came strutting towards the front of the stage in his ringmaster’s outfit complete with his top hat and cane that he was wielding and twirling throughout his entrance to join everyone at the front line. Alice knows how to make an entrance!

The entire stage was an awesome gothic prop that was depicted as a mock castle with a castle turret next to the low castle wall that was Glen Sobel’s drum riser, and a set of stairs at the opposite end of the stage that lead up to the top of the castle wall that went across the back of the stage. This wall was a great place for the musicians to run across throughout the show and in the middle of the wall, there was a captain’s wheel with skulls for Alice to command the show. The castle turret was slightly higher than the back wall and also served as a chamber that the various monsters and costumed people could exit onto the stage.

With guitarist Nita Strauss having stepped out of this fall tour to join Pop singer Demi Lavato’s all female touring band, the obvious replacement was to have the big guy, Kane “Rambo” Roberts return to the Alice Cooper family. This change may leave many fans riding a wave of mixed emotions with the sadness of Strauss‘ departure and the excitement for the return of “Rambo” Roberts who hasn’t played live with Alice since his run with Cooper from 1985-1988. Although Roberts doesn’t have a mass of blonde locks to throw around and he wasn’t bending his strings from on his knees (like Nita would do), Roberts stood tall, looked badass and genuinely looked excited to be throwing out some blazing solos throughout the set. Whether Roberts is out front on his own – or in a line with guitarists Ryan Roxie and Tommy Henricksen, and bassist Chuck Garric, to create that classic rock-solid line up across the front of the stage; Roberts delivered the goods while looking like he never took a break. One thing that is for sure – no matter who is on stage with Alice – Alice Cooper will always have a kick ass band that gives the fans 110%, not to mention one hell of a show. From his appearance at this show, Alice gave no signs of slowing down whatsoever!

Drummer Glen Sobel was rock solid as always with his arsenal of shredding fills and his consummate showmanship. Throughout the show he entertained the audience by tossing his sticks high into the air, not just at breaks in the songs but during the songs while keeping the song’s groove going with his left hand; gotta love that! He also thrilled the audience at the end of many songs by standing up to attack his cymbals with the use of his signature double handed stick twirls in-between each final cymbal crash; fn brilliant!. Sobel’s drum solo at the end of the “Black Widow Jam, was pretty much a drum clinic on how to shred the drums and cymbals with the use of blistering chops between his hands and feet. He also threw in some nice stick crossovers and some stick twirls while attacking his drums just for good measure, how cool is that; fn cool!

The entire show was a string of fan favorites that the fans sang along to while various animated characters would enact the stories of each song with Sheryl Cooper as one of the main supporting actresses who interacted with Alice to reveal the song’s story line.

The Alice Cooper Show is as much a theatrical experience as it is a rock concert and it’s these theatrics that really bring these songs to life. Whether it’s Sheryl Cooper in her beautiful White Lace dress as the bridal victim in the song “Roses on White Lace”, or the transformation of Alice in a straight jacket from that of an innocent young lad to that of a murderer, and of course the famed use of a guillotine in “I love the Dead” . The show is a constant theatrical display and “I Love the Dead” has what is the show’s largest if not most elaborate prop; a guillotine. The guillotine segment comes complete with an executioner who lops off Cooper’s head during the song and then plucks the head from the guillotine basket to parade the severed head around on stage.

Oddly enough, nobody on stage including Cooper, said a single word throughout the entire show until the final song “School’s Out” when Cooper then introduced everybody in the band. “School’s Out” was probably the song with the greatest audience participation and was definitely a brilliant choice to finish out the night. From the iconic guitar intro to the lyrics that everybody can identify with, “School’s Out” was not only a great closer but it was also a statement that you can all go home now; the lesson in how to put on a killer theatrical rock show is now over!

Get out there, be a part of history and catch Alice Cooper and his killer band live as soon as you can. Even though it looks like he could and will go on forever; you never know when he’s going to call it quits, and who could blame him with over 50 years of touring and making great rock music; he’s an FN’ Legend!

Get Into Alice Cooper Here 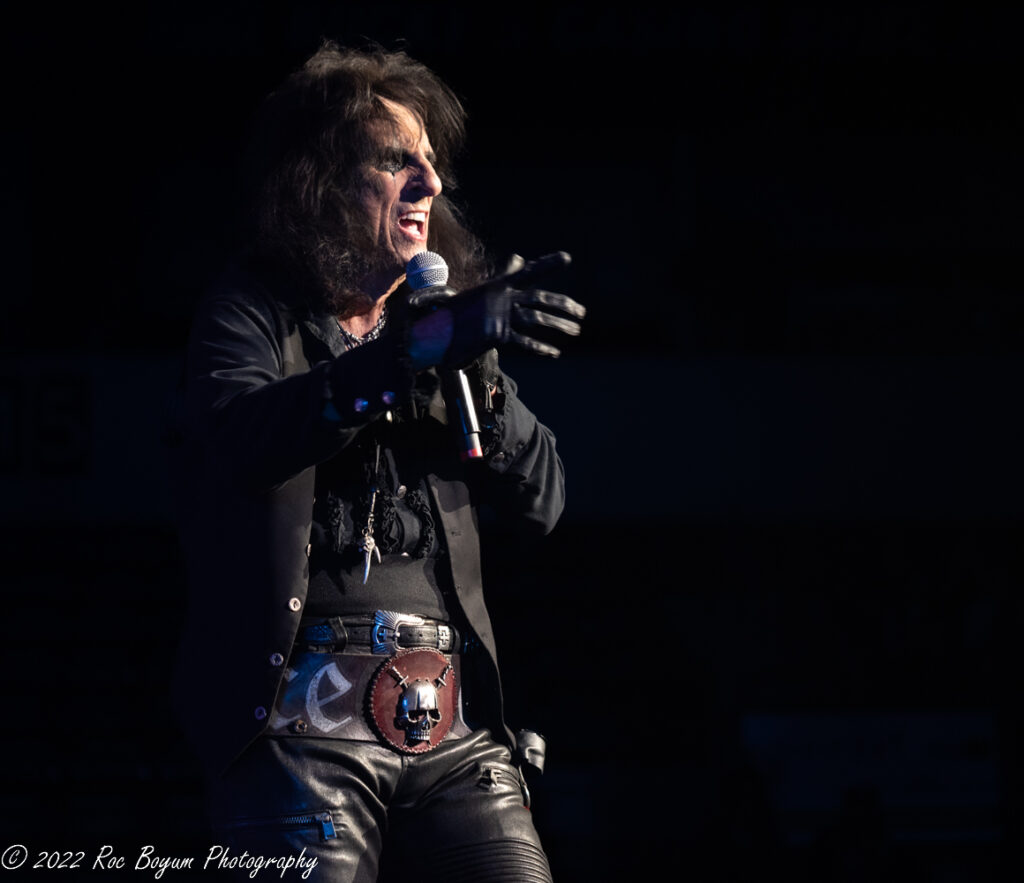 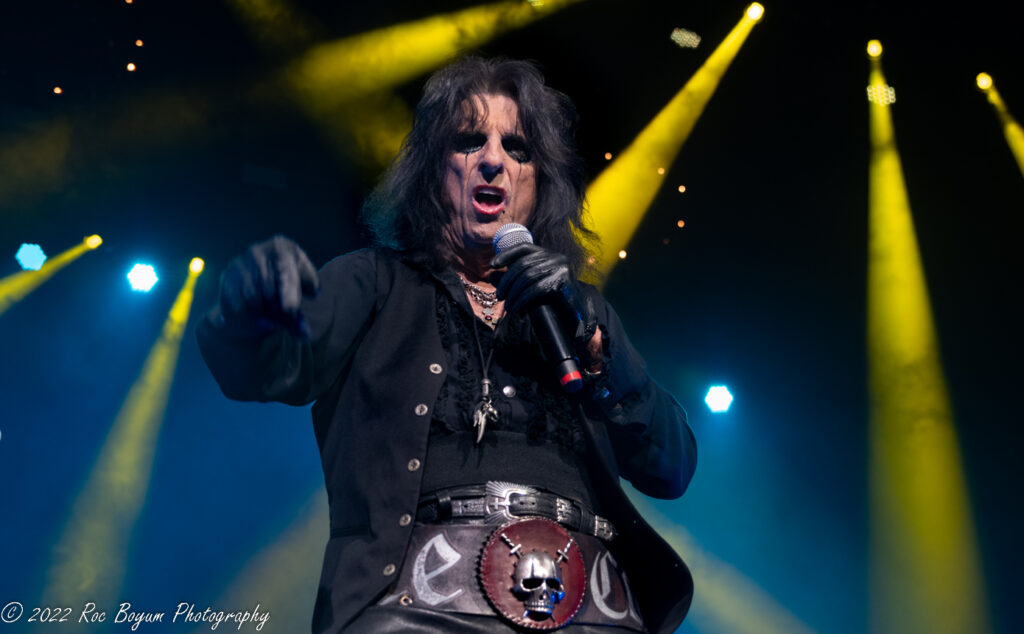 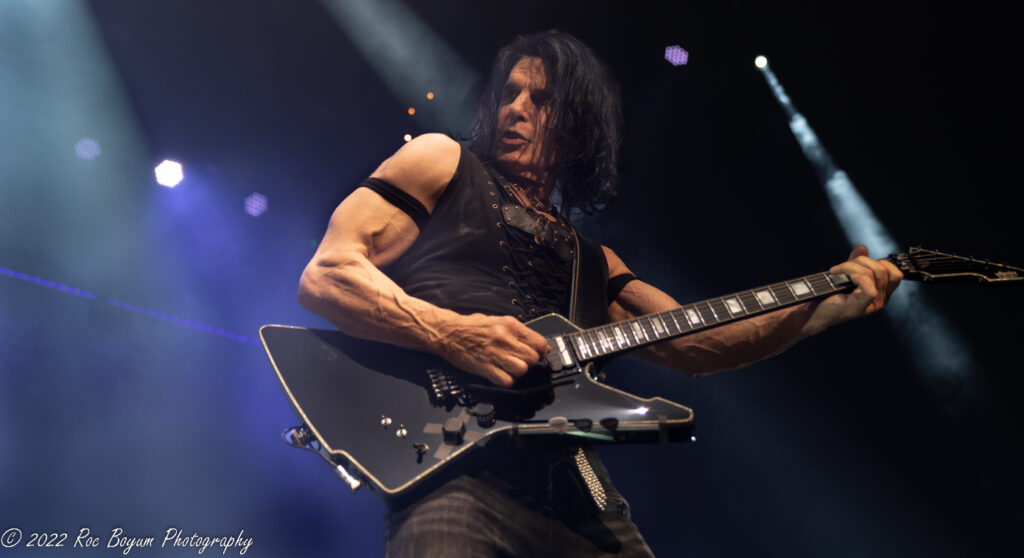 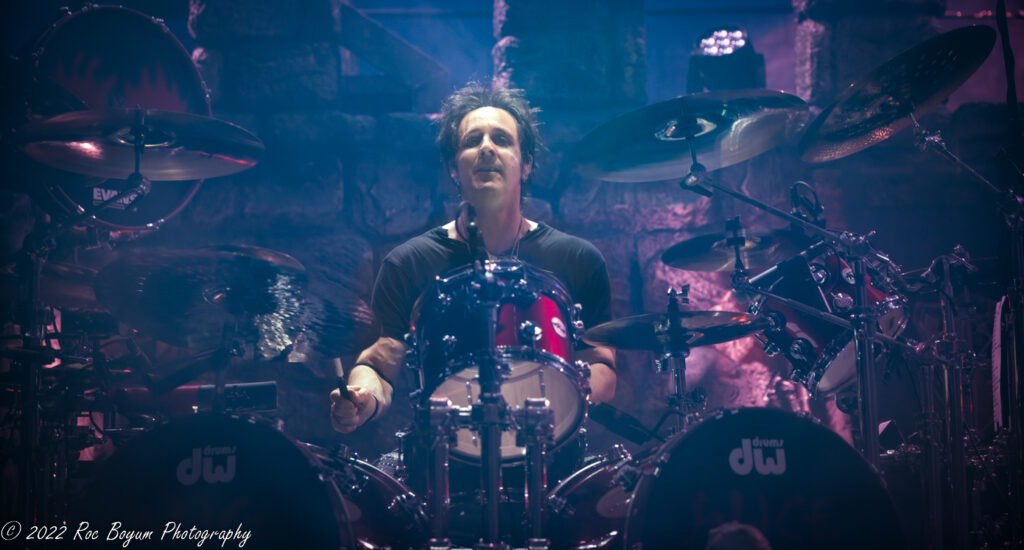 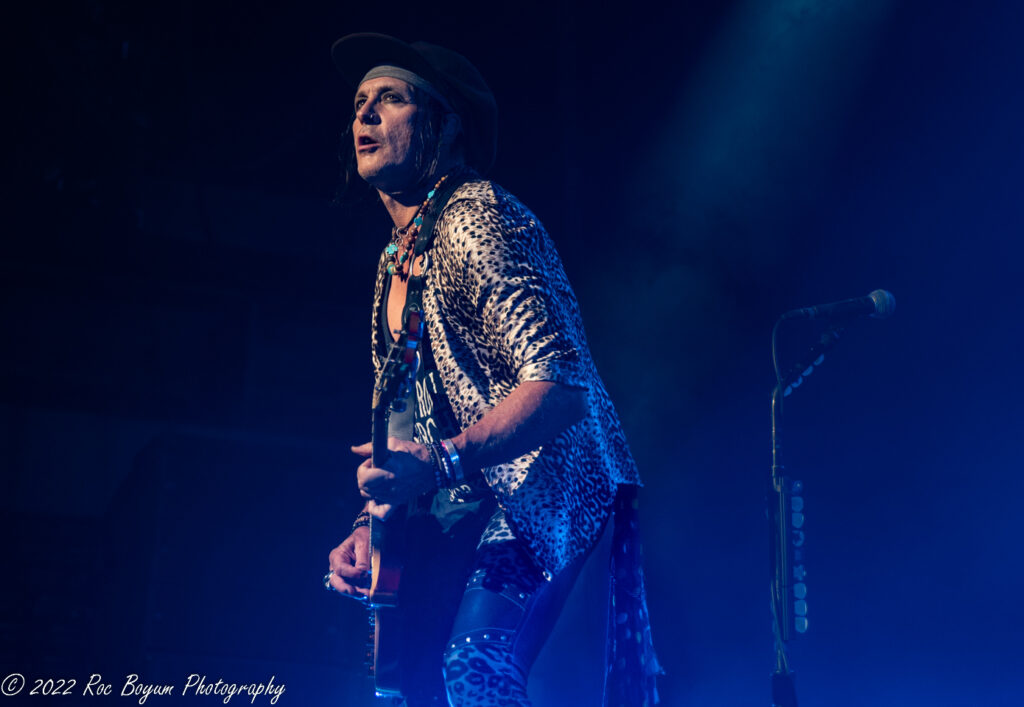 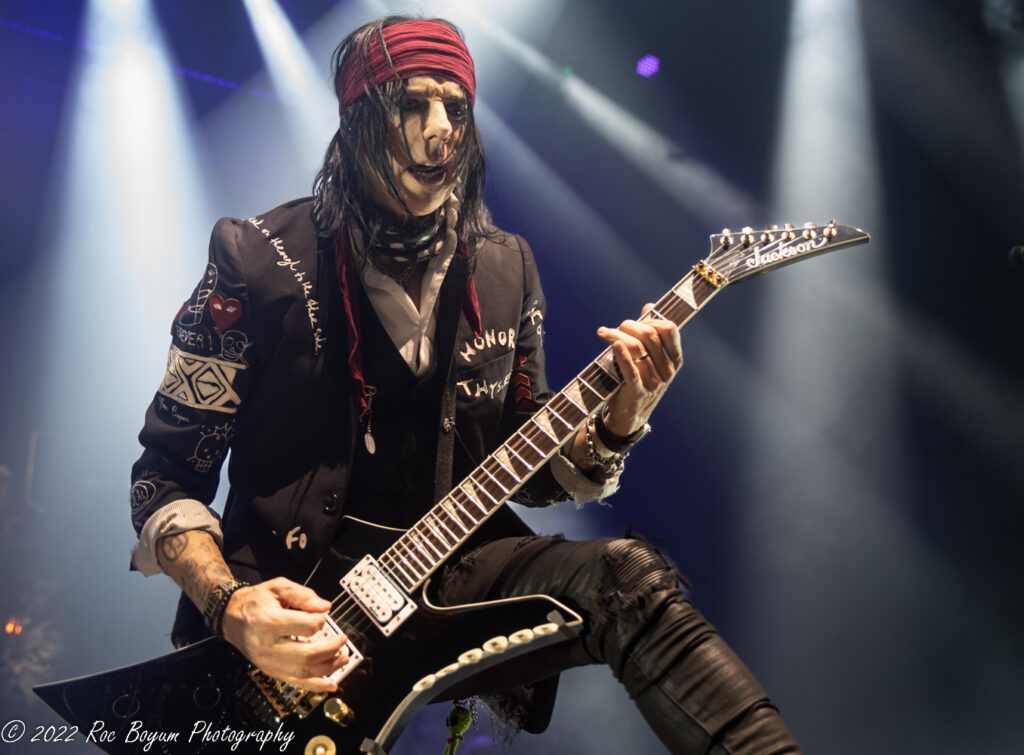 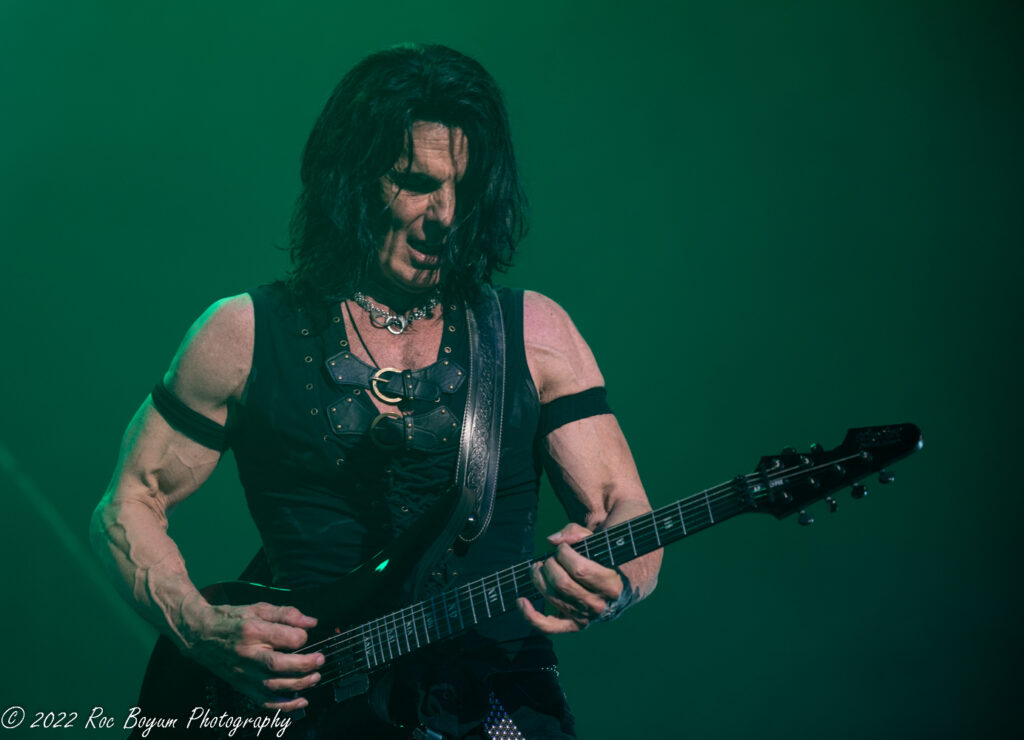 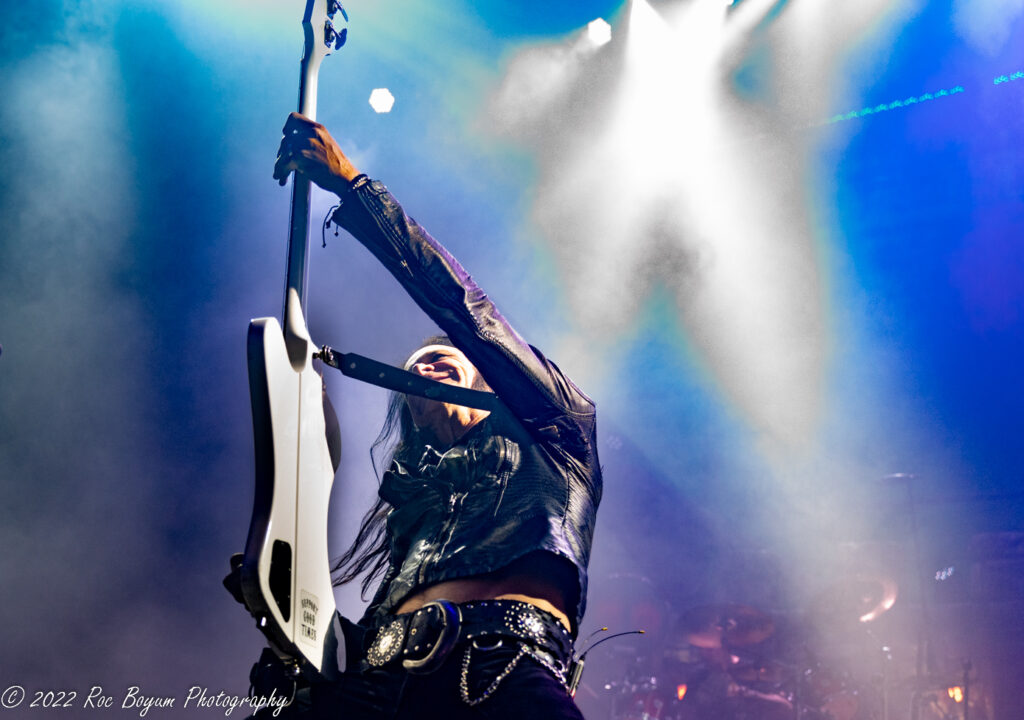 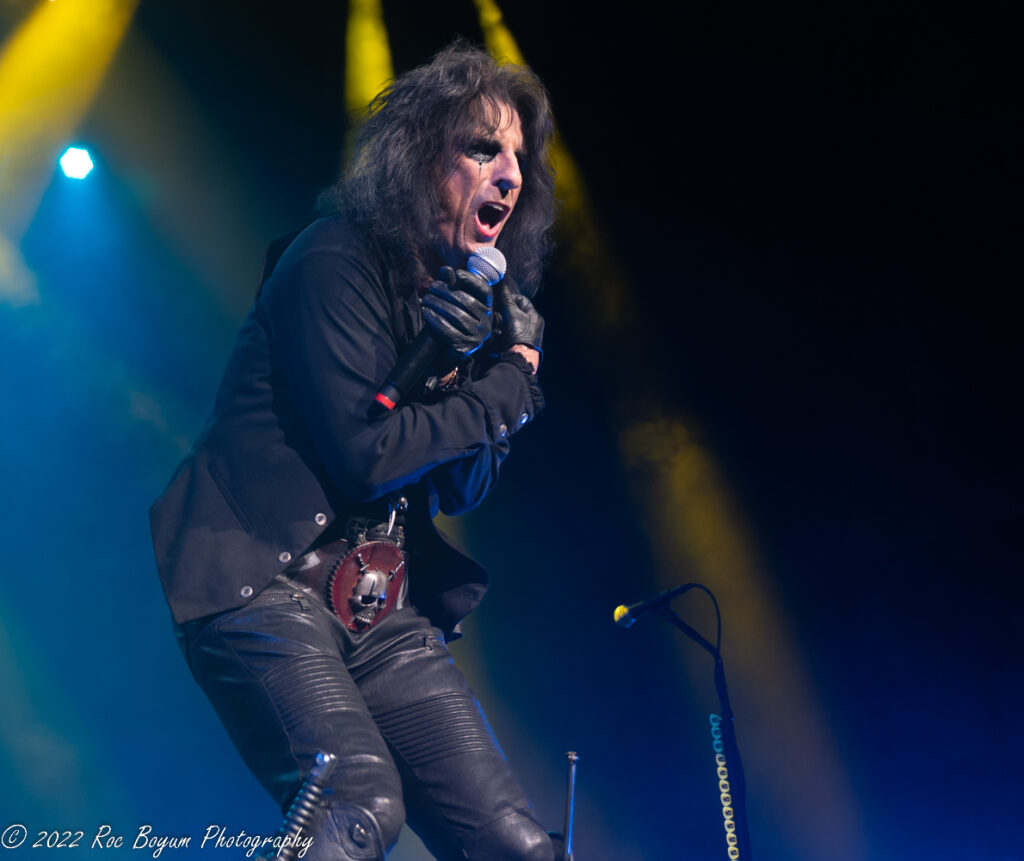 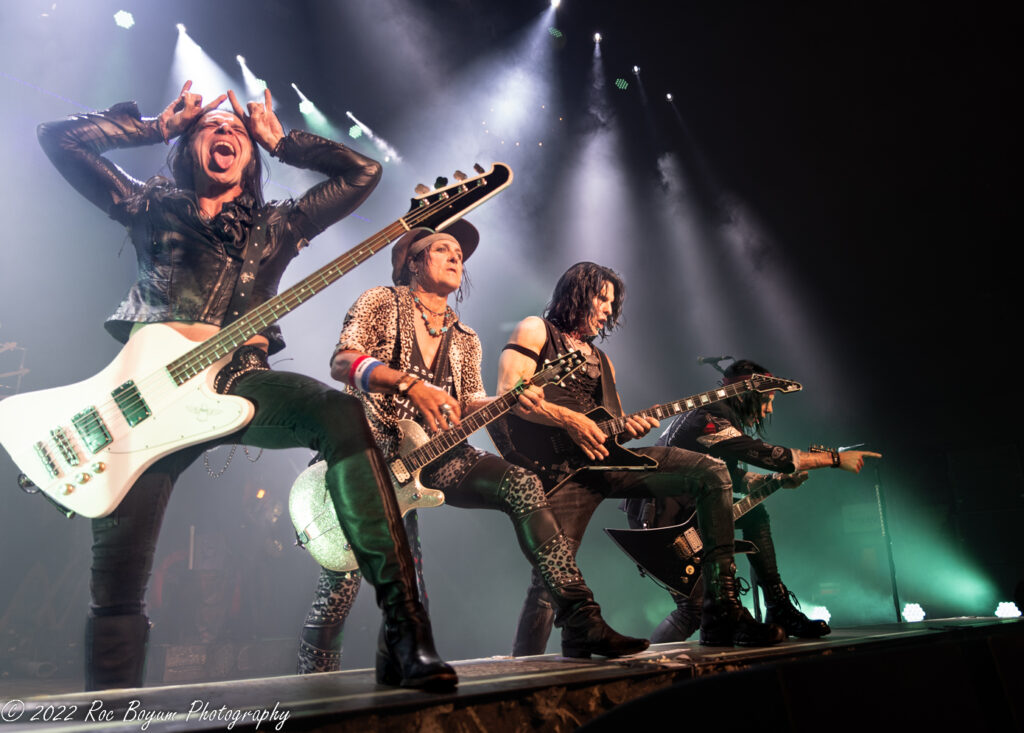 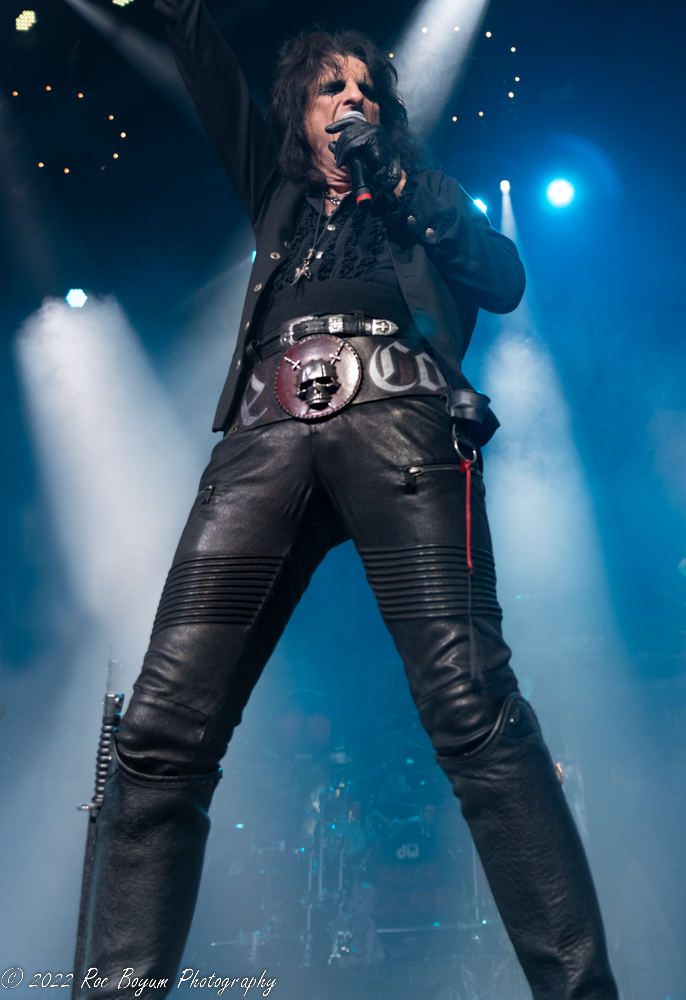 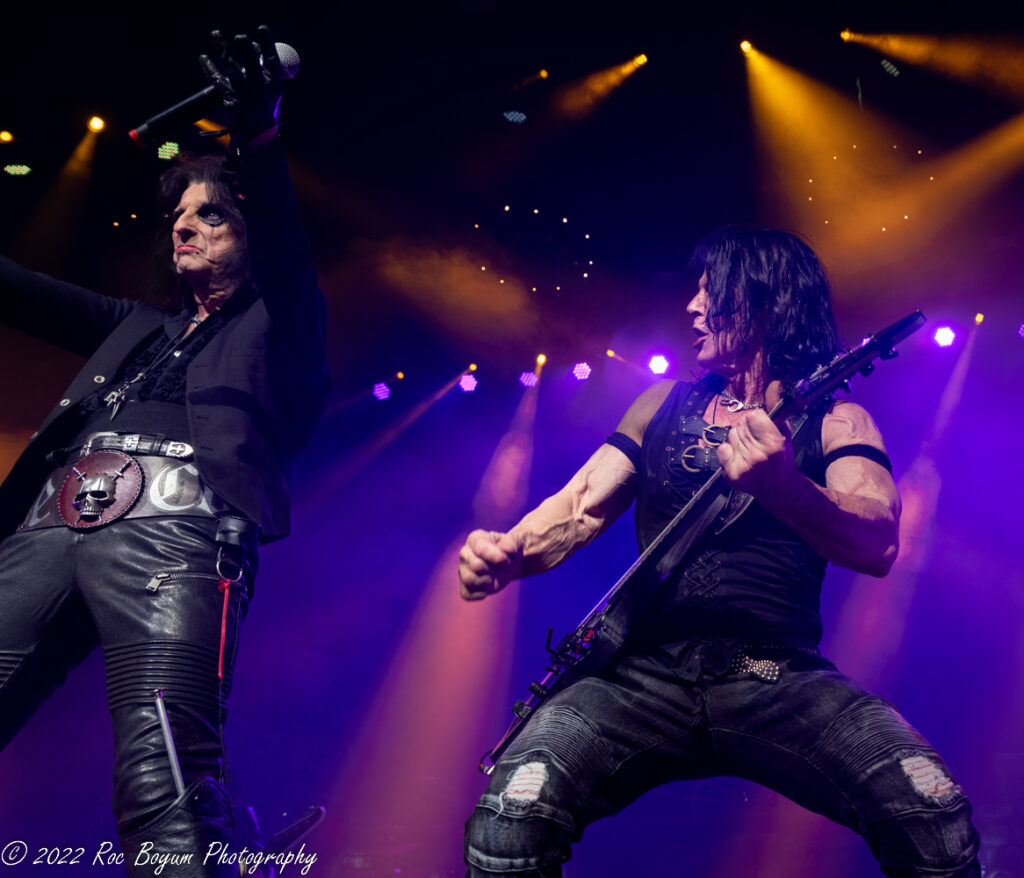 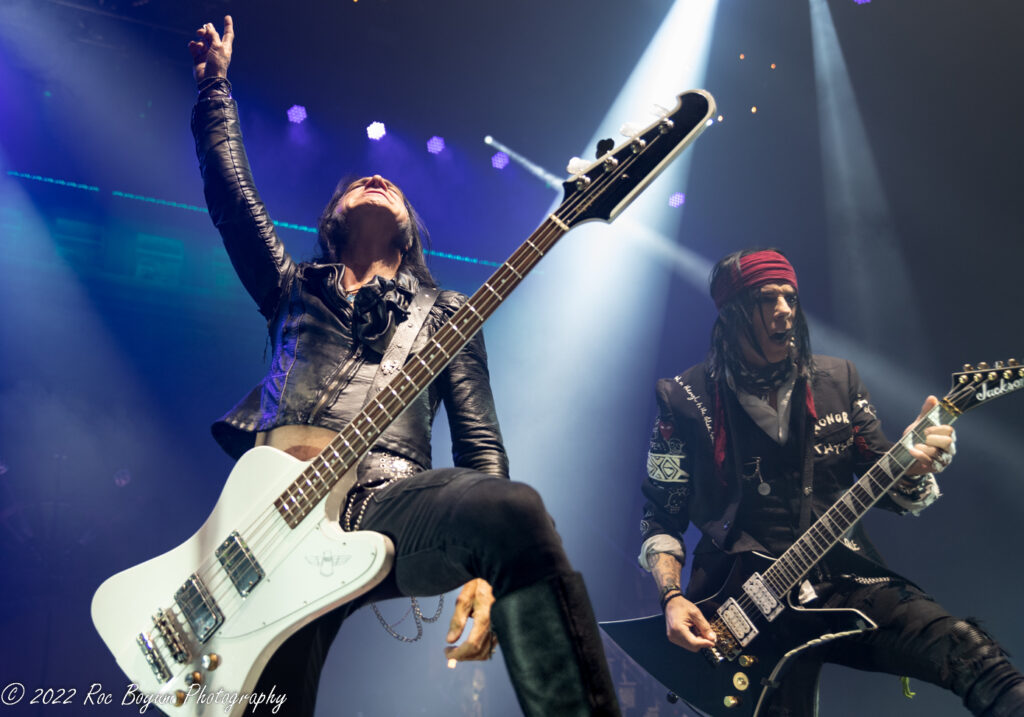 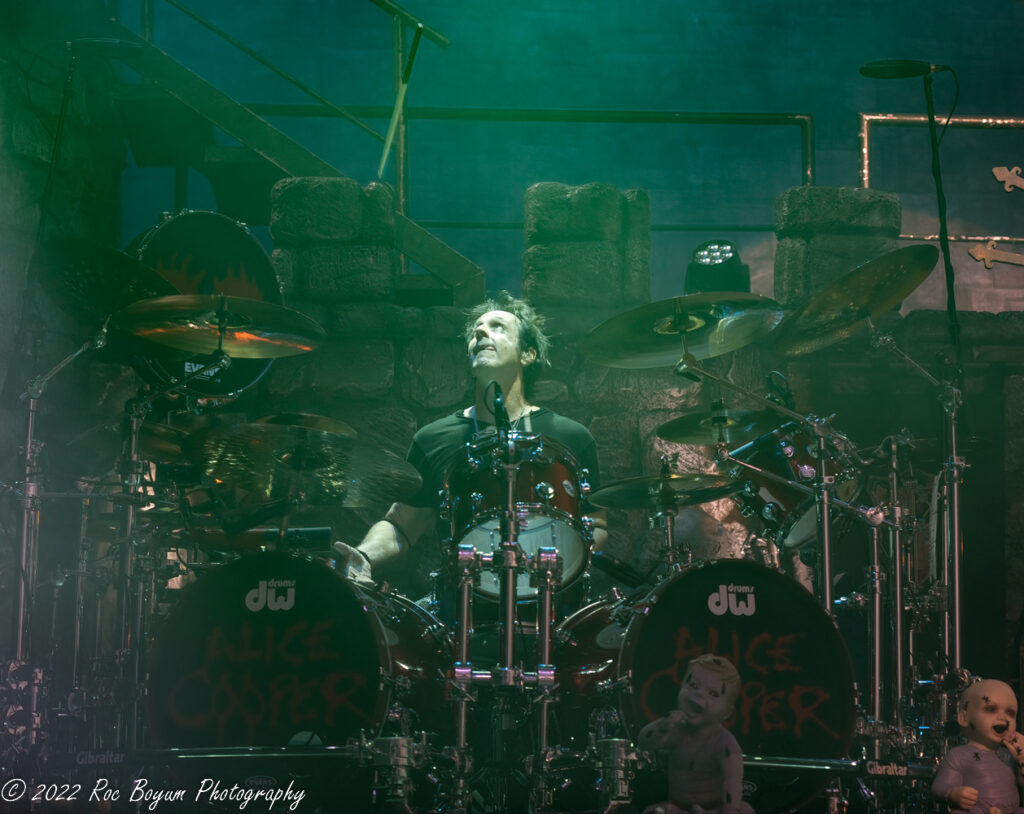 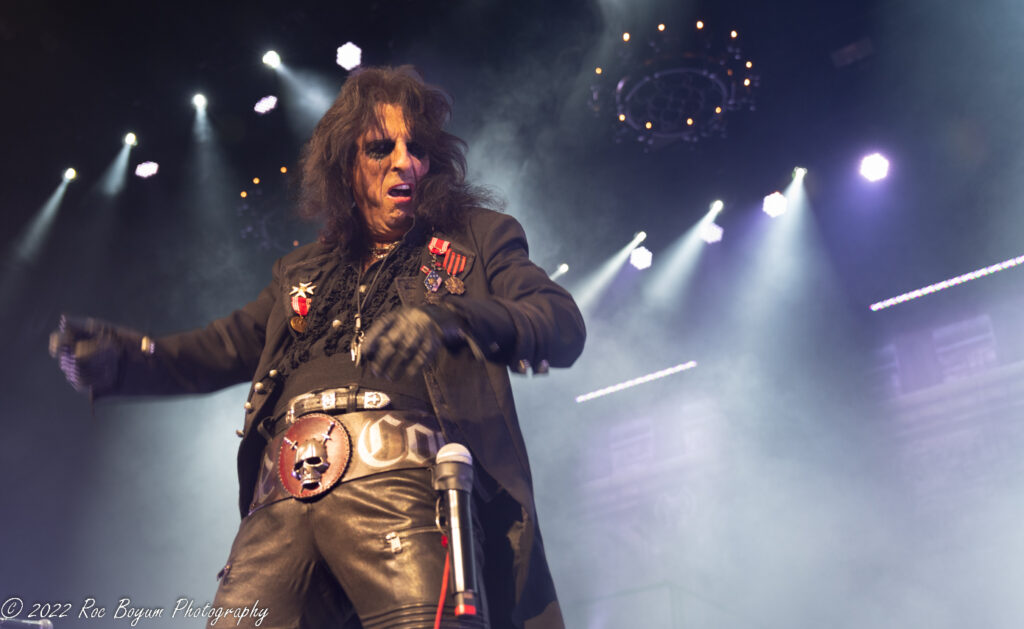 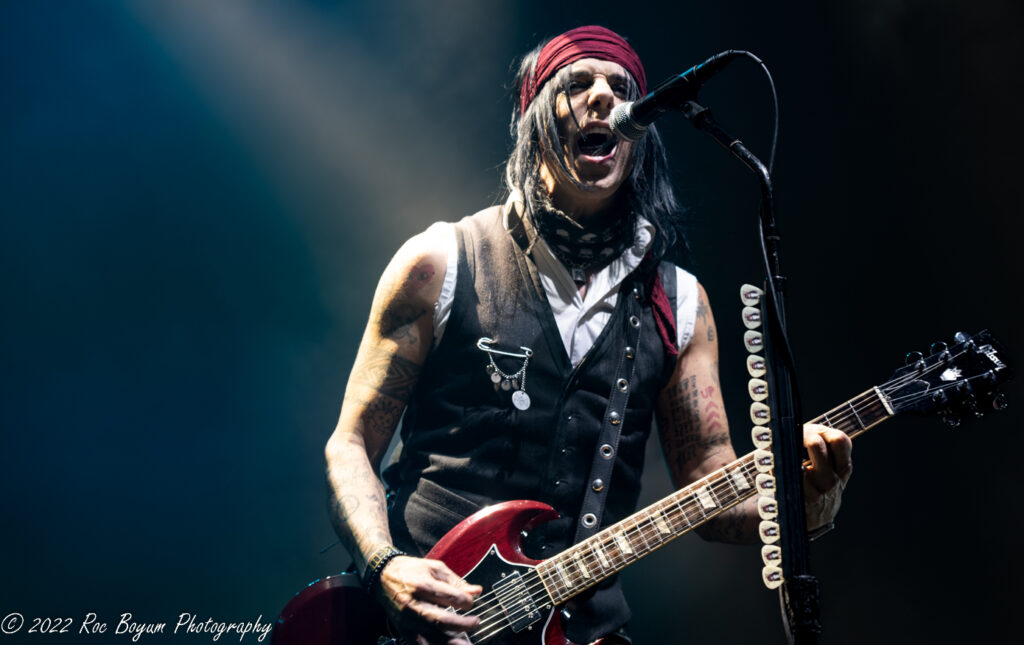 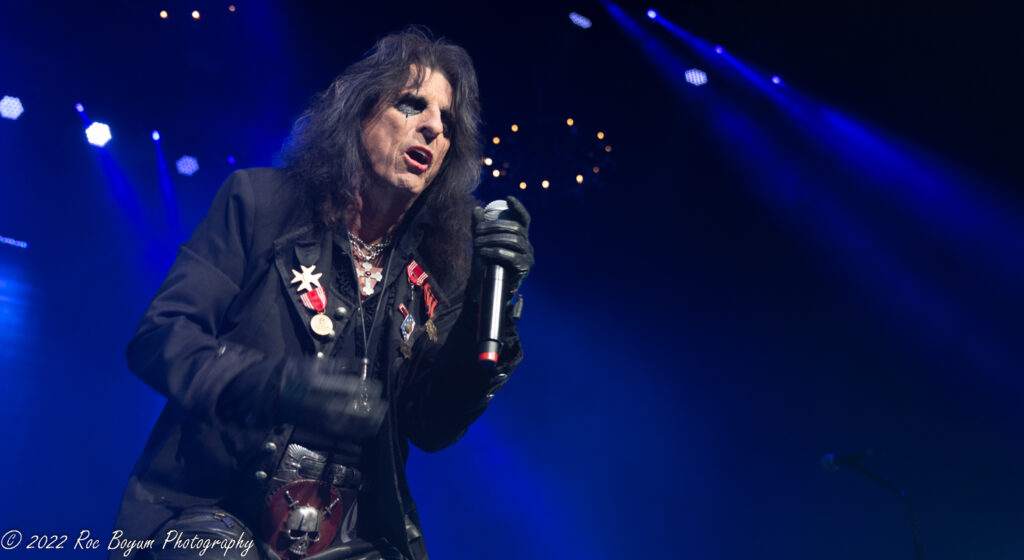 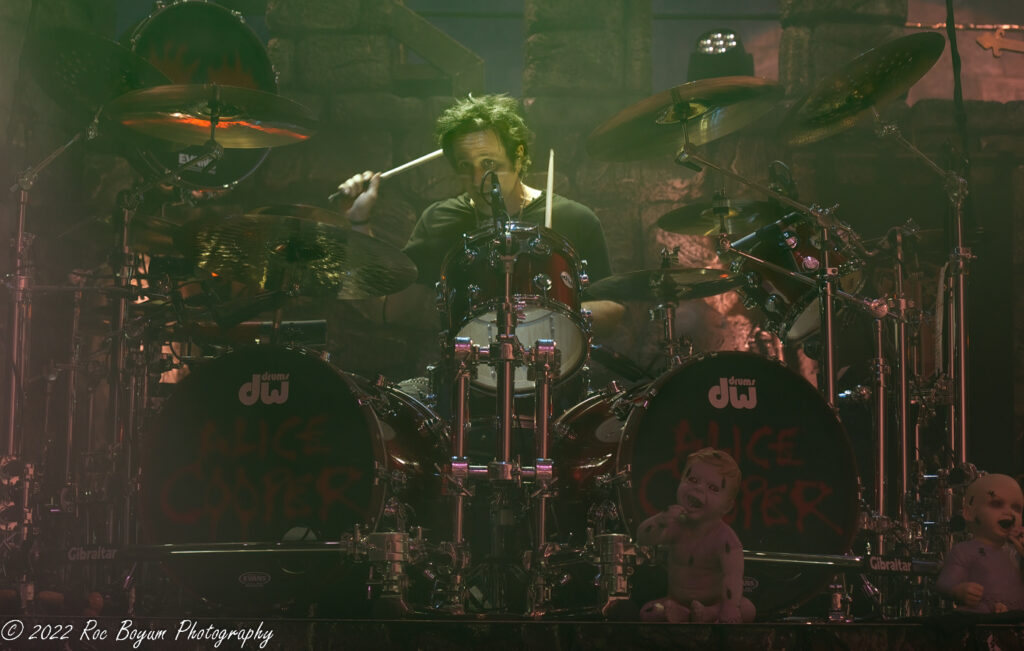 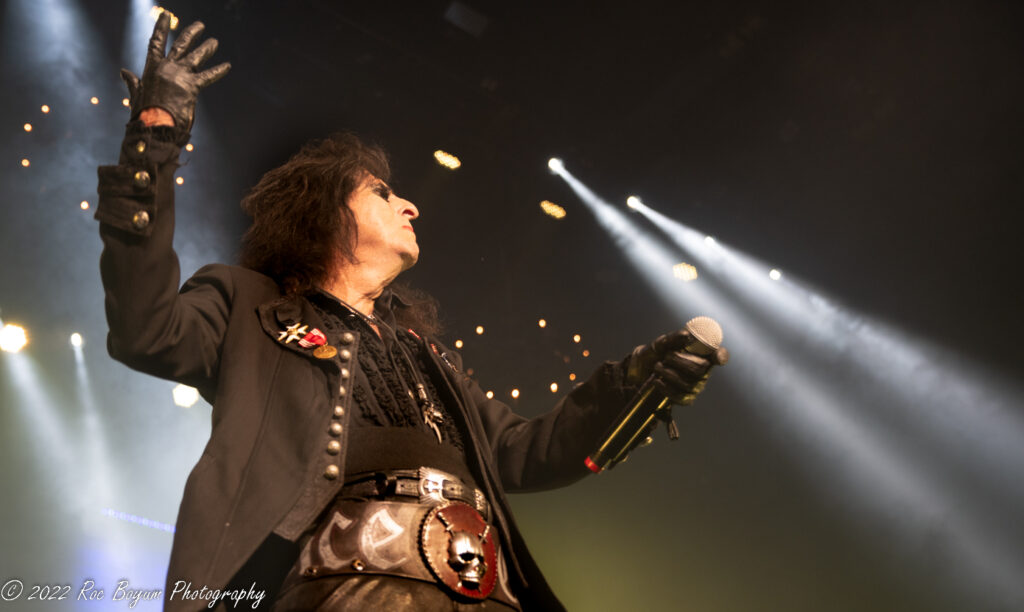 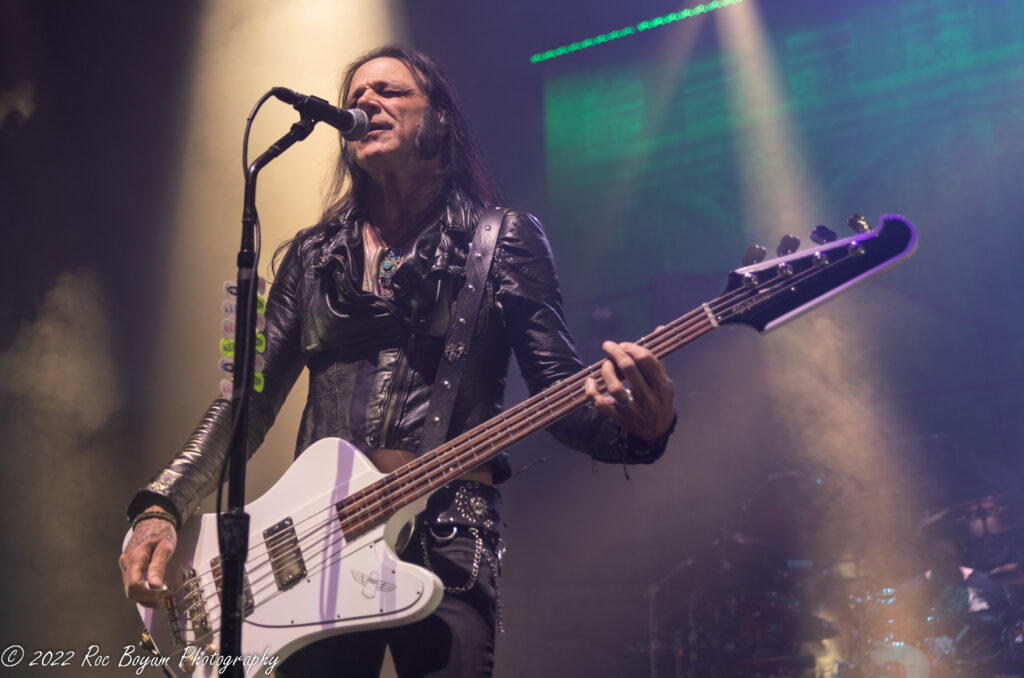 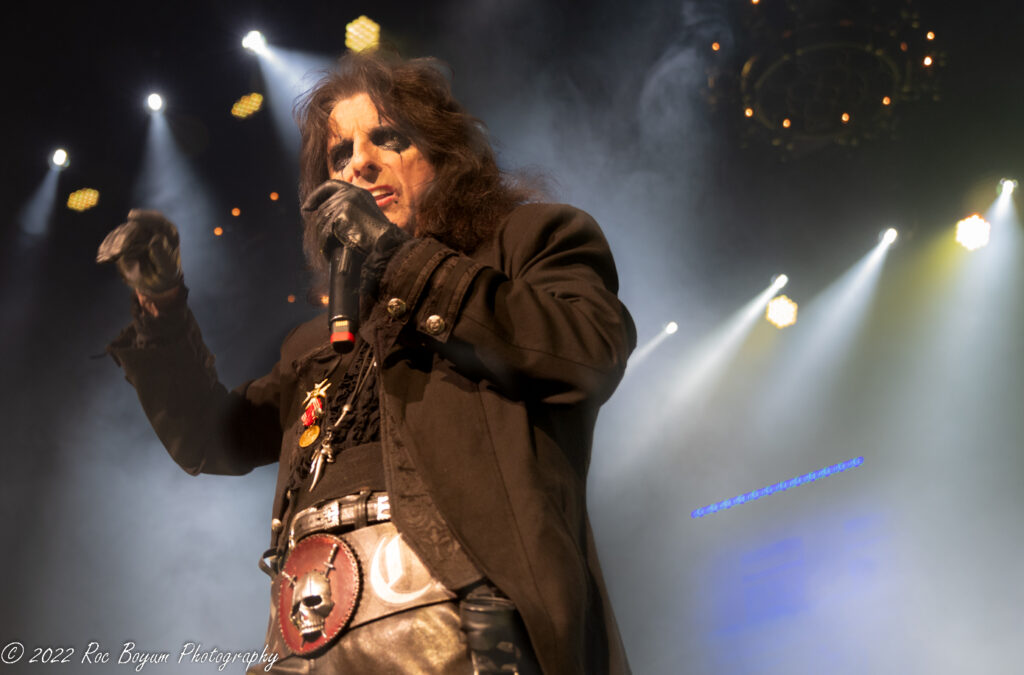 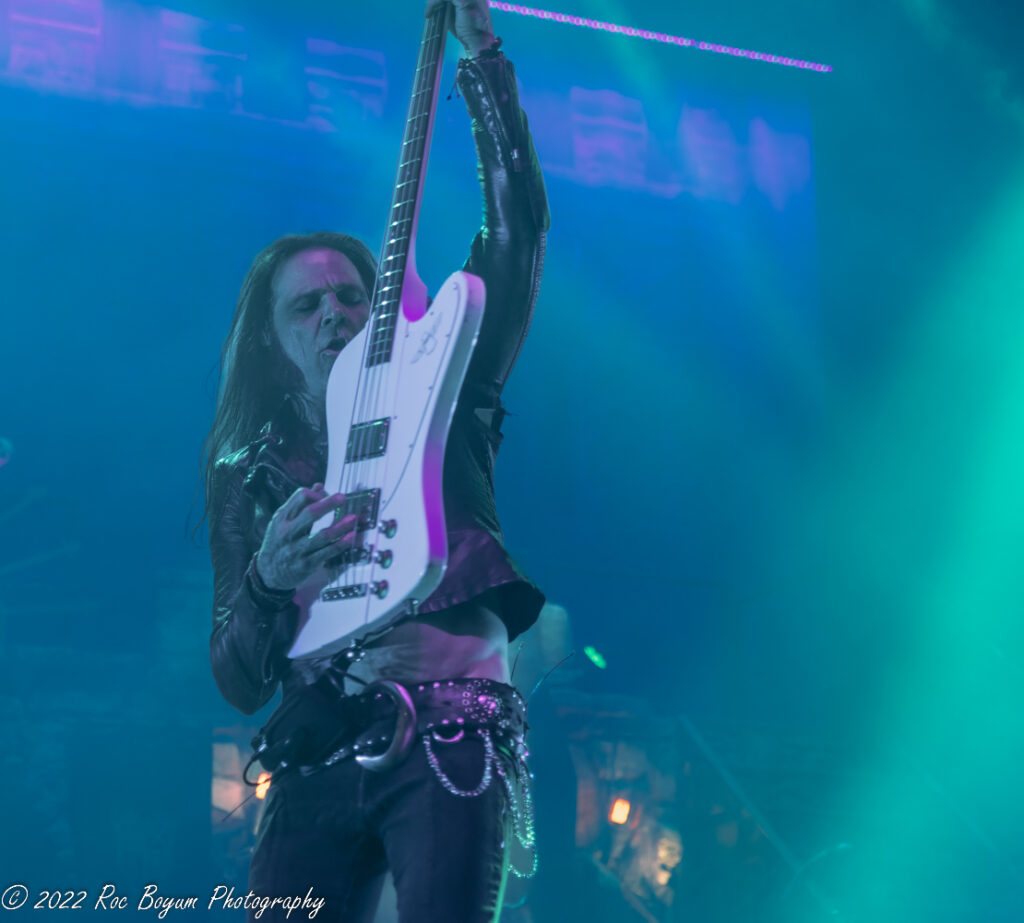 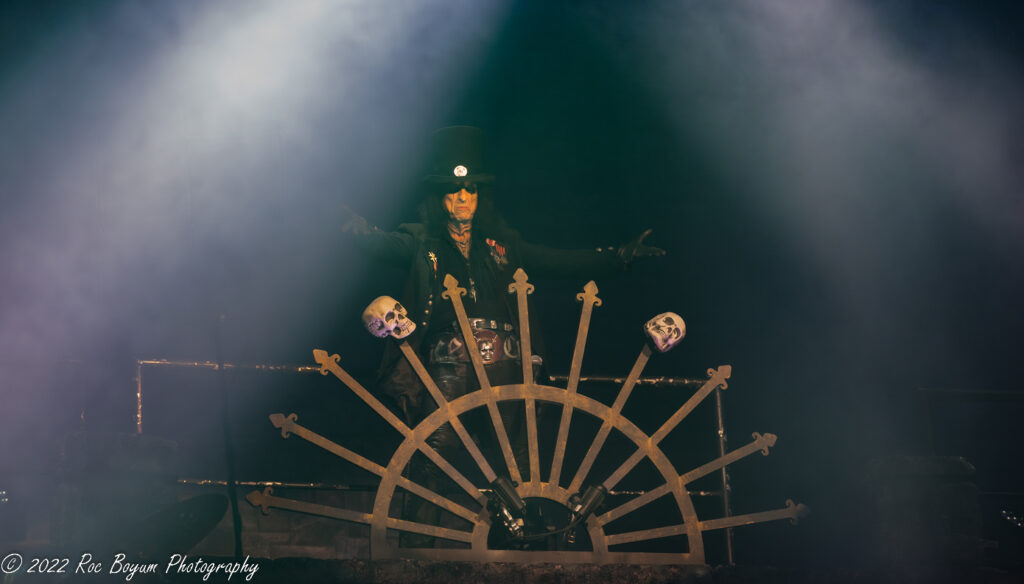 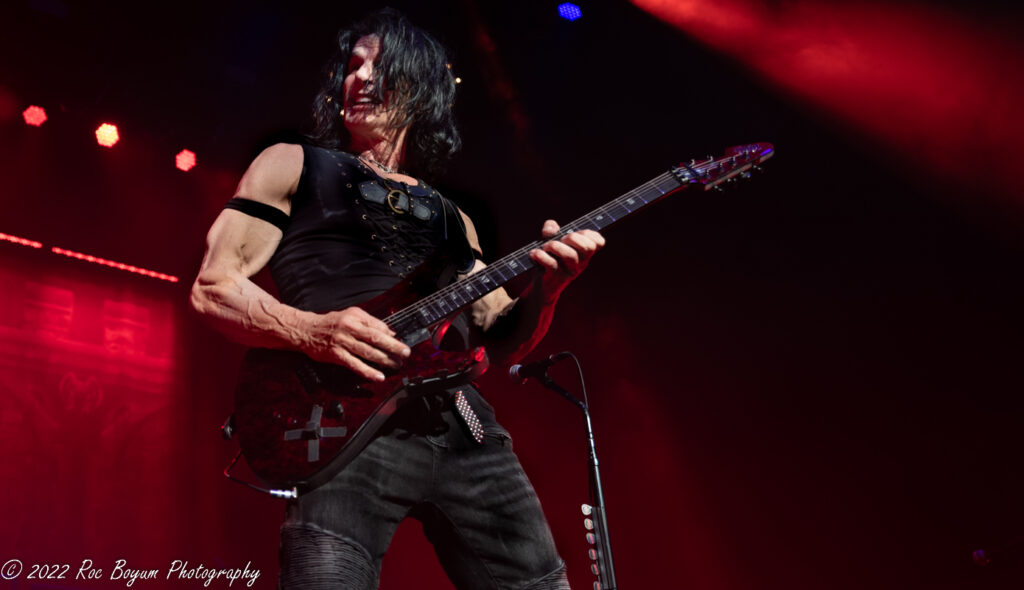 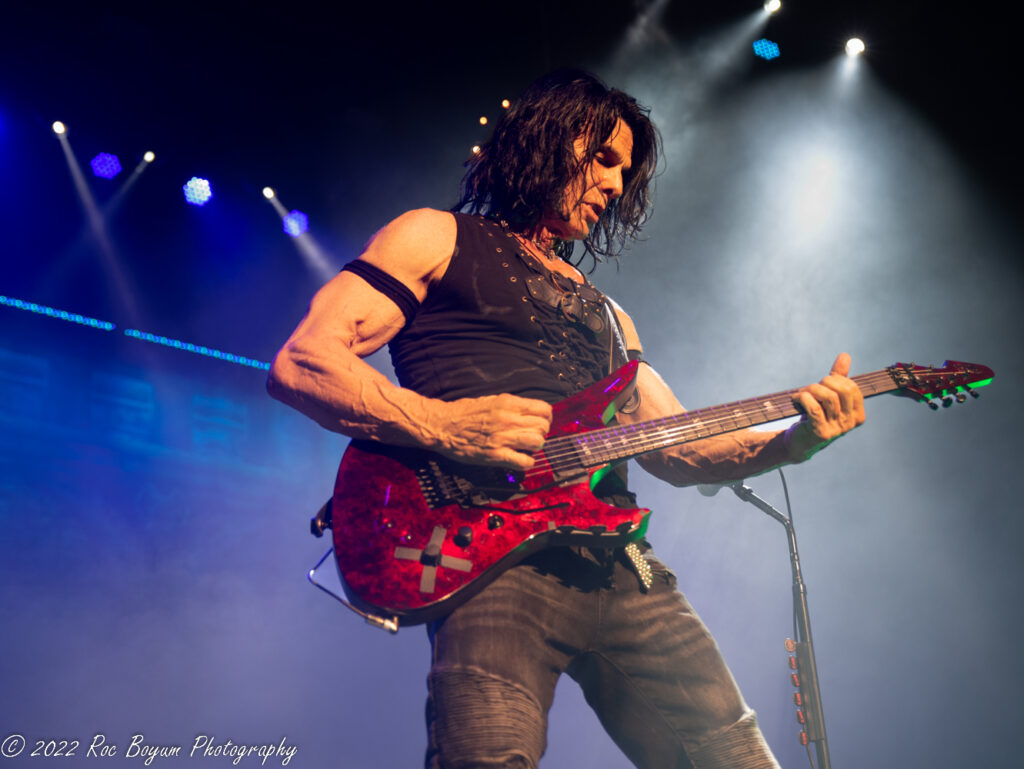 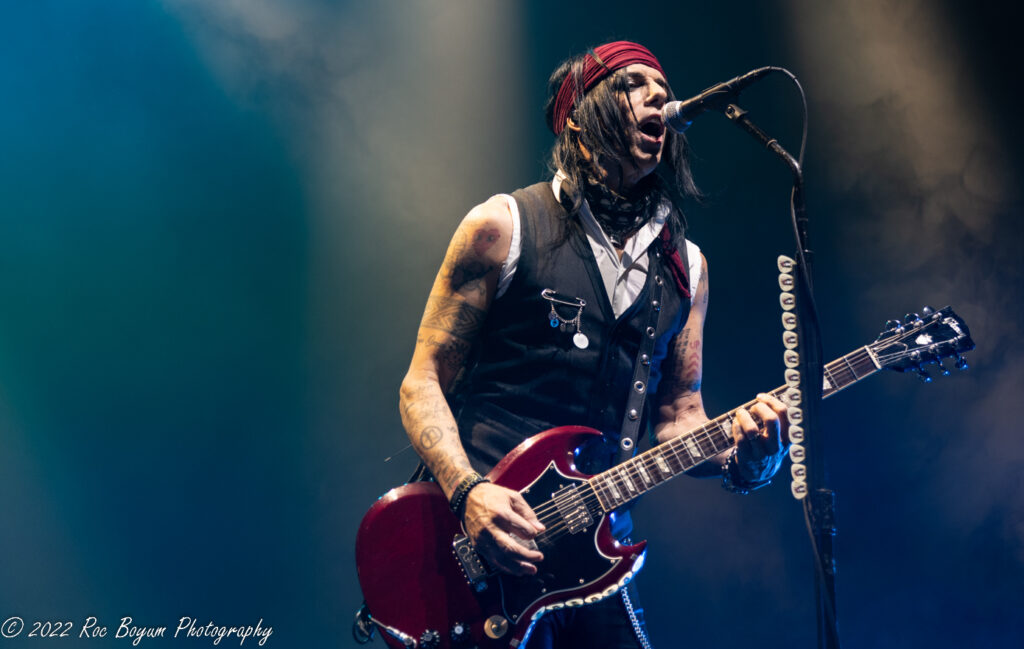 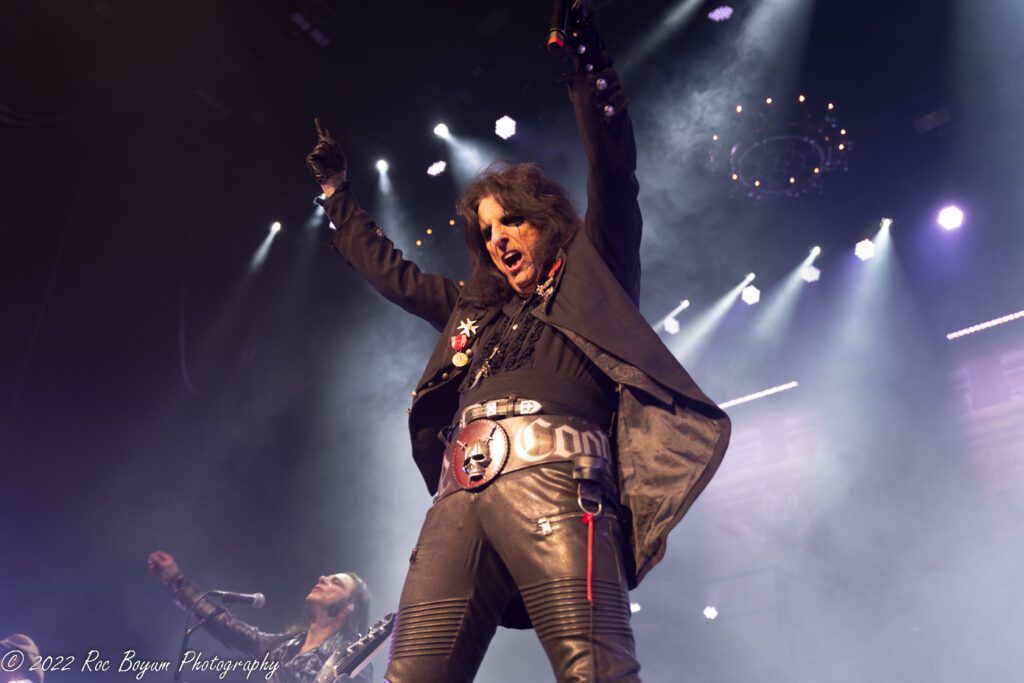