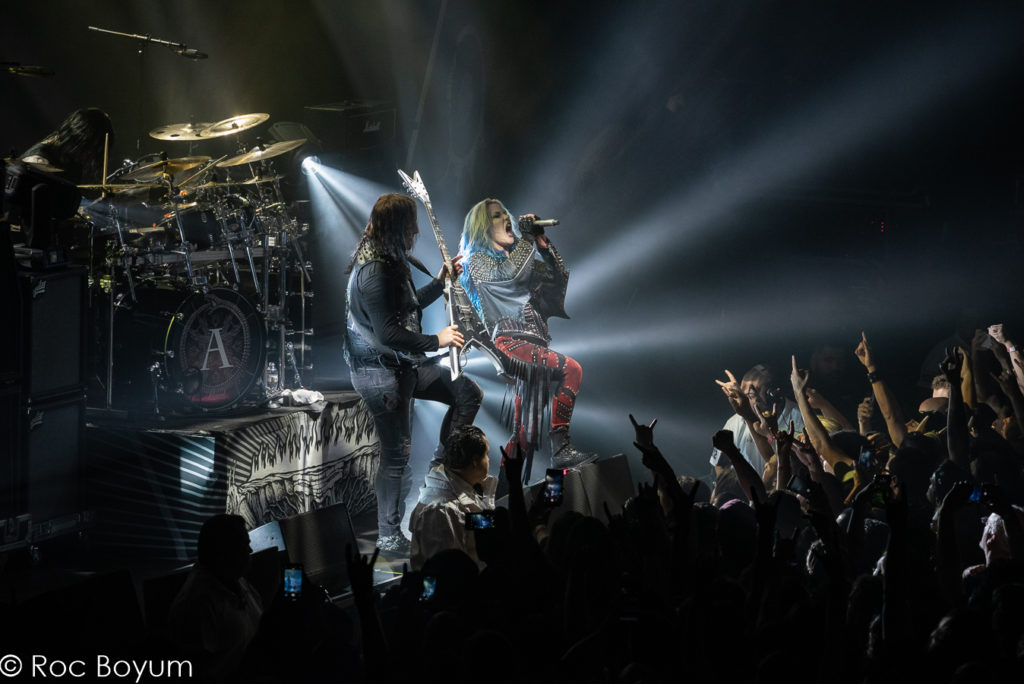 Arch Enemy Dominated The Hollywood Palladium With Their Shredding, “Will To Power”

Arch Enemy returned to Southern California in support of their highly acclaimed LP “Will To Power” to unleash their special brand of melodic death metal. For this show, the band was in direct support of Amon Amarth, so their show was shorter than their regular headline show.

The over-packed beyond capacity Hollywood Palladium crowd waited in anticipation and watched as the atmosphere was set with a darkened venue and a shroud of swirling lights that danced across the audience and stage.  Out of the darkness, the PA system disseminated the recorded instrumental opener to the “Will To Power” CD with the track,“Set Flame to the Night.”  Drummer Daniel Erlandsson emerged from behind his drums, with a beam of light spilling over him from above and with arms raised to the sky; the crowd roared. 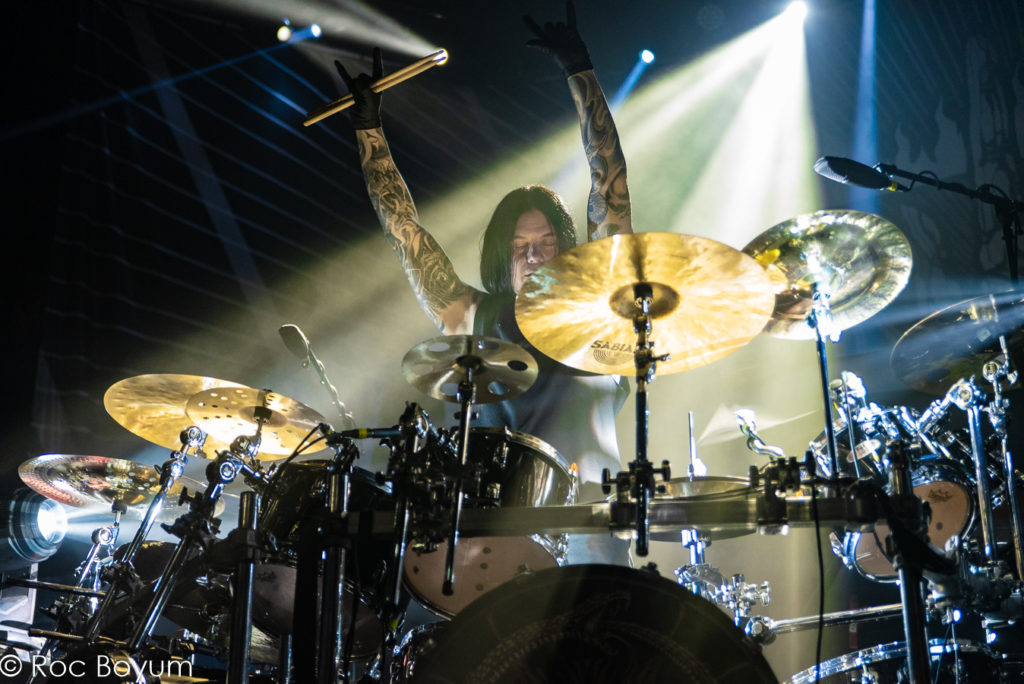 After a split second of silence at the end of the recorded track, guitarist Michael Amott fired into the blistering beginning of The World is Yours, igniting the crowd into a frenzy. 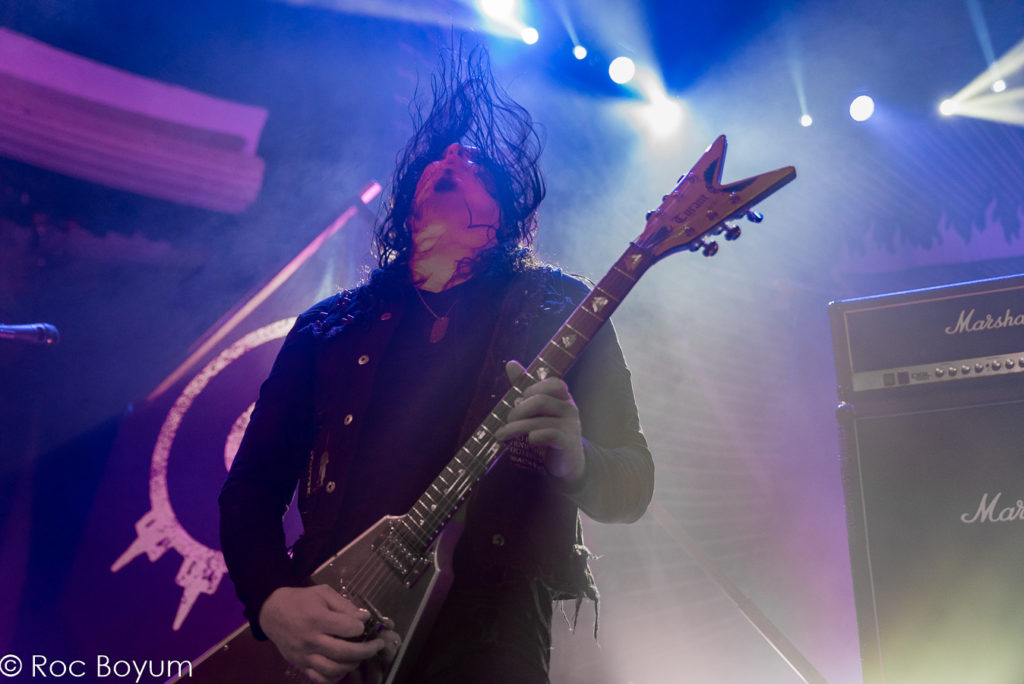 In an exclusive interview with drummer Daniel Erlandsson before the show, Erlandsson revealed to LA Metal Media’s Allie Jorgensen, that The World is Yours, was the first song that was written for the Will To Power CD. You can check out the interview here!

Up next, was the fan favorite and the title track from their previous LP, War Eternal. The entire audience was singing with so much passion and intensity you could feel your ears ringing. I can still hear the audience blasting the line;They try to change you, crush and break you! The Los Angeles crowd was definitely fired up and “all-in” for this long overdue return of these melodic metal masters.

Even though the band was only afforded the front half of the stage, they managed to impart some of the most incredible stage lighting seen on any stage. 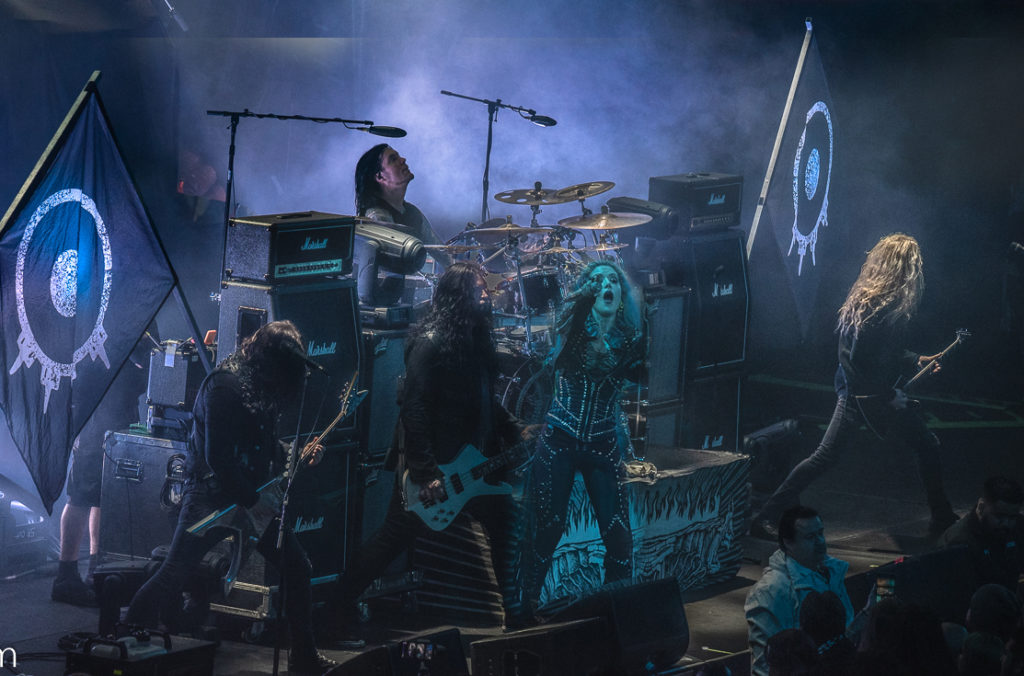 For this tour, the band dug a little deeper into the “Will To Power” CD with shredding versions of the tracks The Eagle Flies Alone and First Day In Hell.

Then the band unleashed their monumental classic, As The Pages Burn. The band also made an impeccable Live CD/DVD with a name twist; As The Stages Burn.

As The Pages Burn is an amazing musical arrangement that contains some truly amazing guitar work, originally recorded on the War Eternal LP with guitarist Nick Cordle. The song’s middle section, has the two guitarists working together in tandem to create an escalating tension that mounts towards a musical apex. 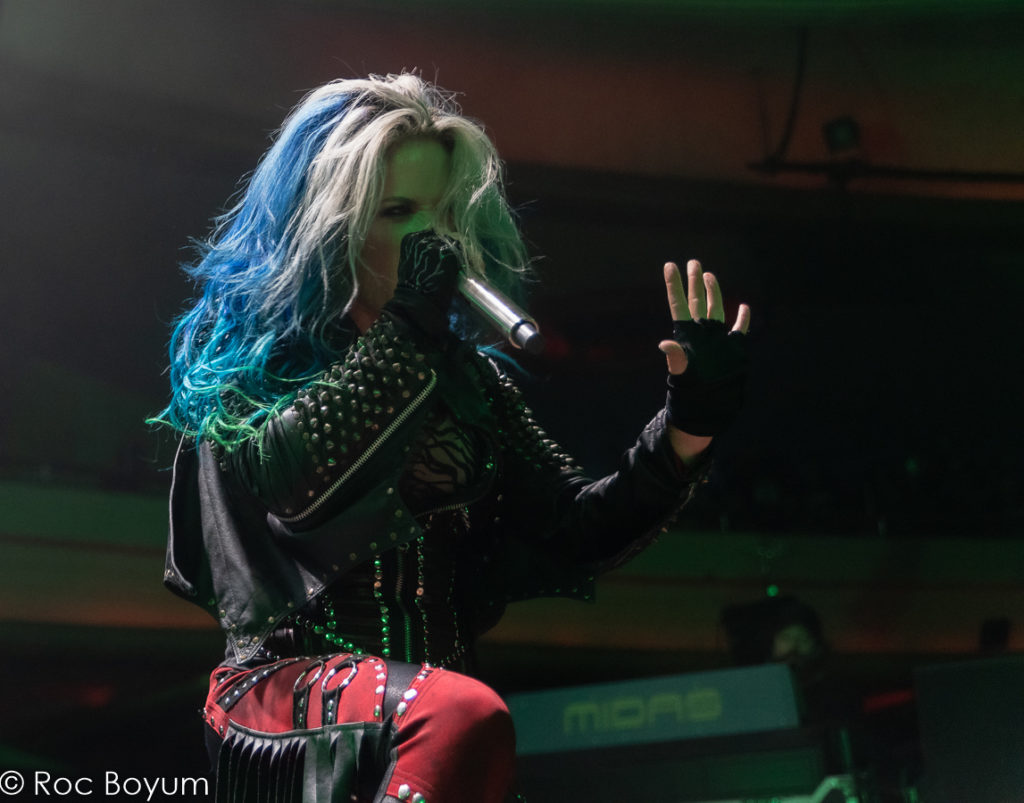 Over the escalating guitars, singer White Glutz expels a screaming growl that adds an even greater sense of intensity, until only the guitars are left alone to soar towards the summit of their pinnacle conclusion. Upon the final release of their musical tension, the guitars usher in the song’s intro line that is followed by drummer Erlandsson, who’s aggressive rhythmic assault works in concert with the guitars until the final downbeat crash before the chorus.

As The Pages Burn as performed live on stage is executed to perfection by the guitar duo of Michael Amott and Jeff Loomis who work together brilliantly, to deliver one of the all-time great guitar duo, tension and release sections ever recorded. The guitar work as recorded and performed live in this song is without question; second to none!. 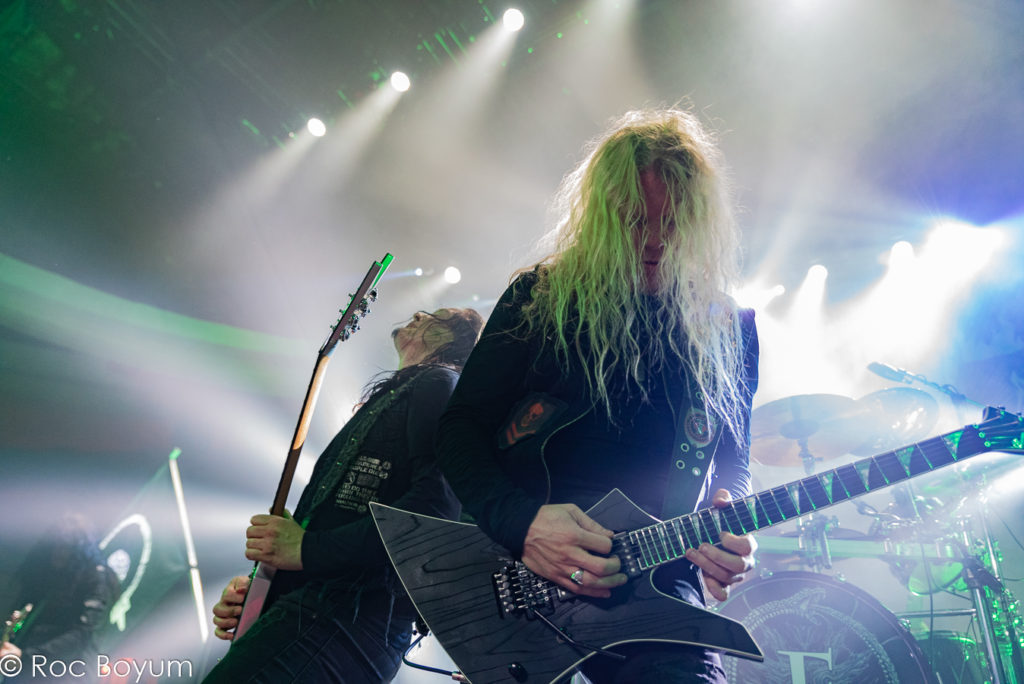 The band finished out their short but mesmerizing set with Nemesis, from their Doomsday Machine LP. The song starts off with a set of stucco punches that instantly had the audience pumping their fists into the air, until drummer Erlandsson delivers an undercurrent of some insanely blistering double bass drumming that propels and fuels the over the top and mind melting guitar solos. The chorus kicks in with the anthem lyrics that has the entire venue singing:

One For All, All For One, We Are Strong, We Are One 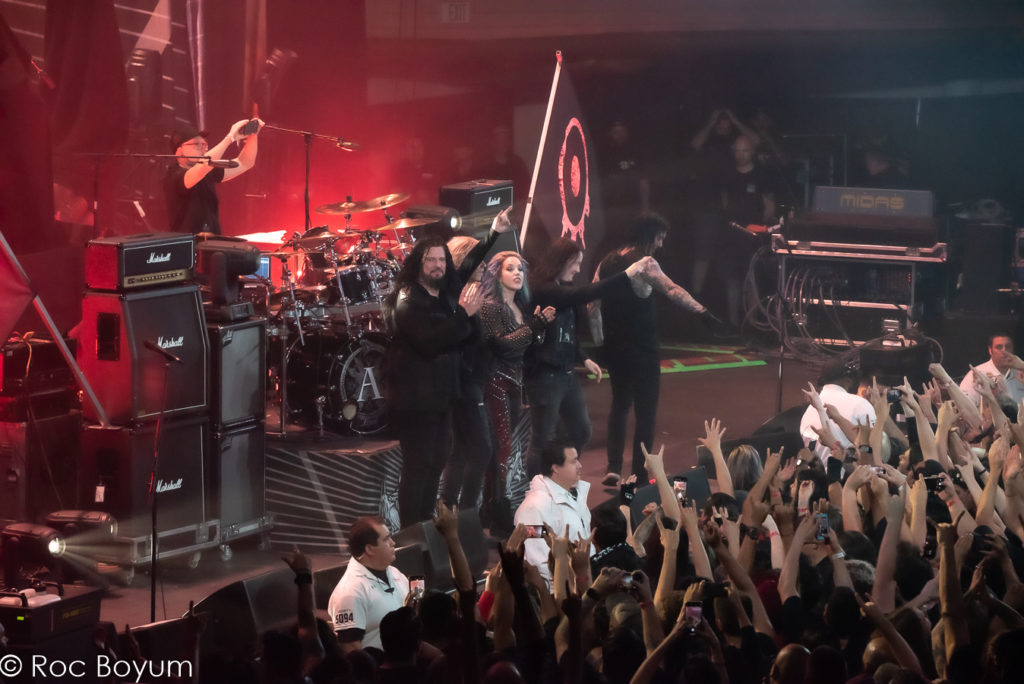 Arch Enemy deliver an immensely intense show of some of the greatest melodic metal material ever written, and a show that is unequivocally some of the most insane live metal performances you’ll ever see.

Set The Night To Flame

The World is Yours

As The Pages Burns