From the moment the band hit the stage with their first song Back in Babylon, the capacity crowd was a frenzied choir singing every word to every song throughout the entire show. The band was in top form as they tore through a blistering set of classic Babylon A.D. Material with a head pounding version of AC/DC’s “Girls Got Rhythm”.

At one point in the show the band’s singer Derek Davis said it’s great to be back Rockin’ in Hollywood, and the audience responded with a resounding roar. 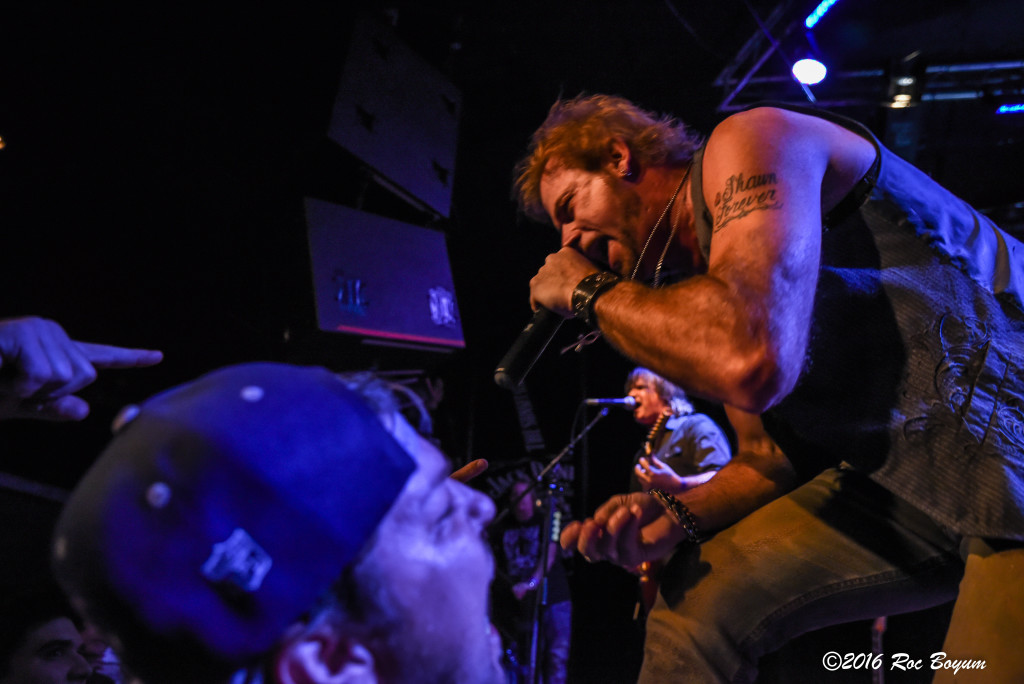 Currently their next scheduled show is the Monsters of Rock Cruise on October 1, 2016 leaving from San Pedro CA. Based on the overwhelming response from the Whisky show, they just might add some more shows before the M.O.R. Cruise. Check their website for all things Babylon A.D.

So Savage the Heart

Sinkin’ in the Sand

Rats in the Cellar