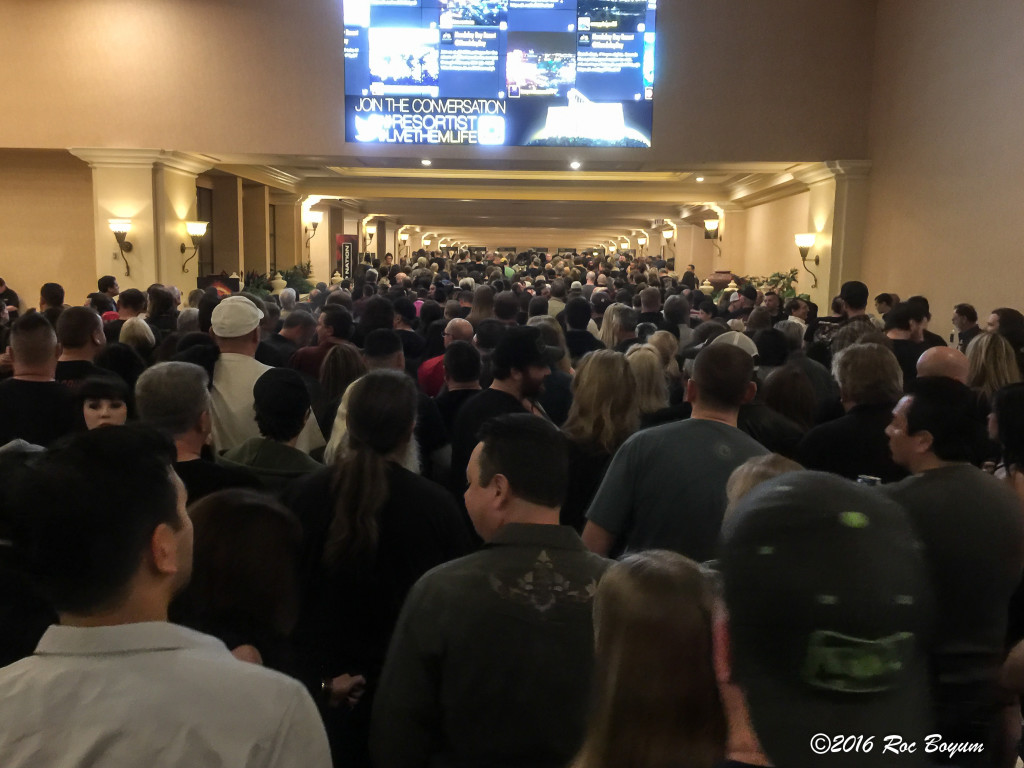 As you walked through the Mandalay Bay Hotel on the day of the show you were surrounded by Black Sabbath fans of all ages wearing various Black Sabbath t-shirts spanning the reign of 40+ years of this incredible band. You could feel the intense excitement and anticipation in the air as if everyone was waiting for some type of explosion. As the sun began to set across the Las Vegas skyline and the darkness began to creep in, the Sabbath fans began to arrive at the Mandalay Bay Event Center in their Gothic Black Sabbath attire; like 12,000 + Vampires waking from a long sleep. As you got closer to the Event Center you could see the crowds at the Sabbath Merchandise tables in lines that extended as far as the eye could see.  The lines to get into the venue were chaotic and flooded with fans, it was apparent that this was going to be an extremely amazing evening.

The show began with Rival Sons, a band from Long Beach California with their unique combination of Sexy, Sleazy Blues Rock and Classic Rock which made them a great opener to get this massive crowd going. Click here for Rival Sons Photo Gallery. The singer and front man Jay Buchanan delivered his vocals with bare feet, intensity and emotion. The band had a “Black Crowes” feel mixed with Sultry Blues Rock. Buchanan asked the audience; Do you know what it’s like to open up for Black Sabbath?……Then Buchanan answered himself, that’s right, it’s everything you’re thinking and much much more…it’s UNBELIEVABLE!!!! 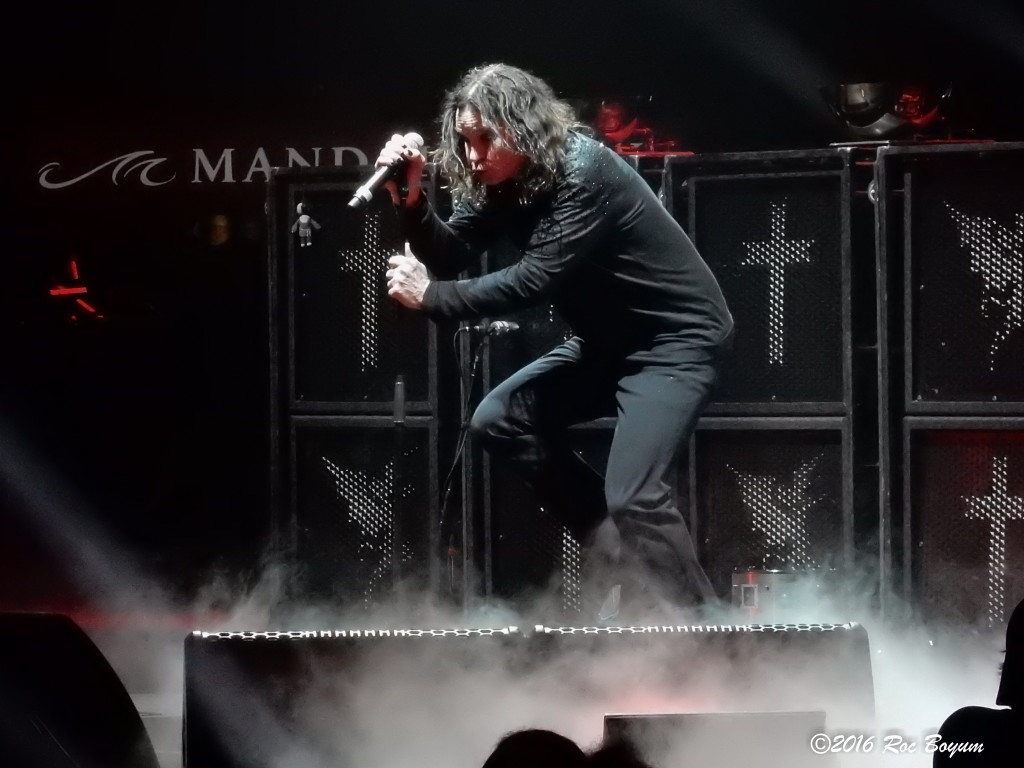 Then the Master of Ceremonies himself, Ozzy Osbourne said hello to the massive Las Vegas crowd, which was comprised of people from all over the world and received a resounding roar. He announced the next song, a fan favorite from the Paranoid LP, Fairies Wear Boots, followed by After Forever from their classic Master of Reality LP.

The otherworldly and intoxicating presence of Ozzy had the entire crowd of 12,000+ completely mesmerized and clinging on to every word and command given to the crowd by the great Prince of Darkness. 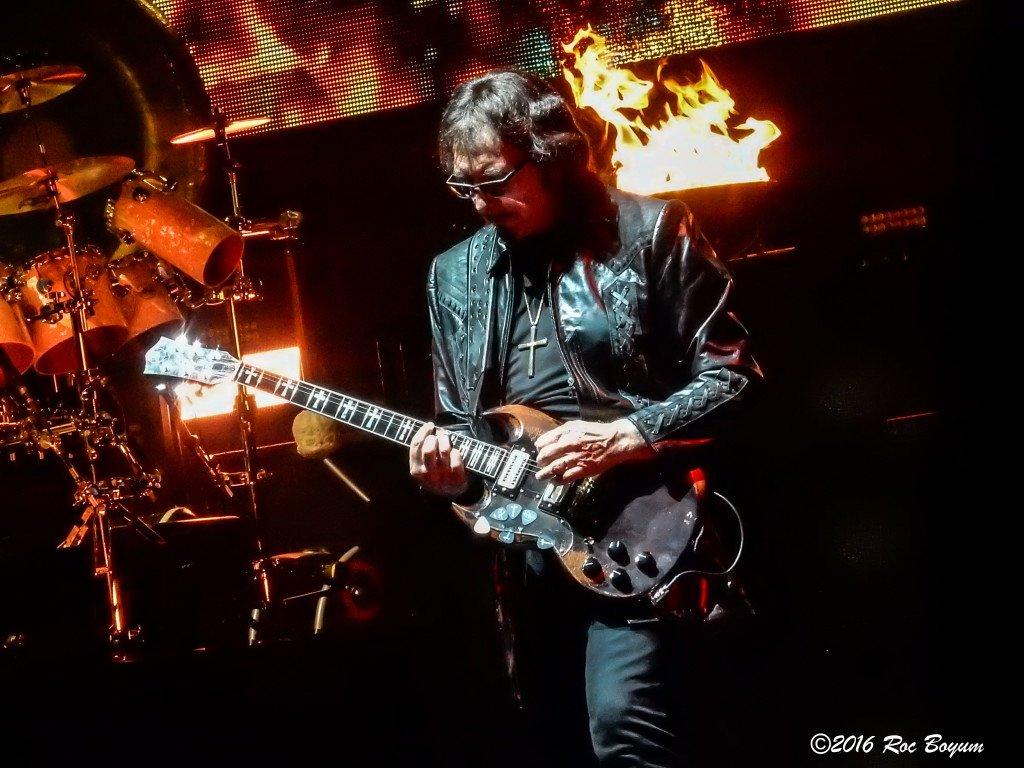 The show continued with Into the Void from Master of Reality and Snowblind from their  Vol 4 LP, with Ozzy commanding the audience to have their hands in the air; and as you looked around the massive venue there was a sea of clapping and waiving hands. With scorching guitar solos by Iommi and those incredible guitar riffs the fans were witness to the guitar genius that helped create the legendary entity of Black Sabbath.

Then came the point in the show where the audience was directed to sing, as the band went into War Pigs, which was the working title for the Paranoid LP; and the entire crowd sang along to every word. From War Pigs they went into Behind the Wall of Sleep from their self-titled LP and true to the LP they followed with Bassically, with Geezer Butler in the spotlight with the bass solo entrance 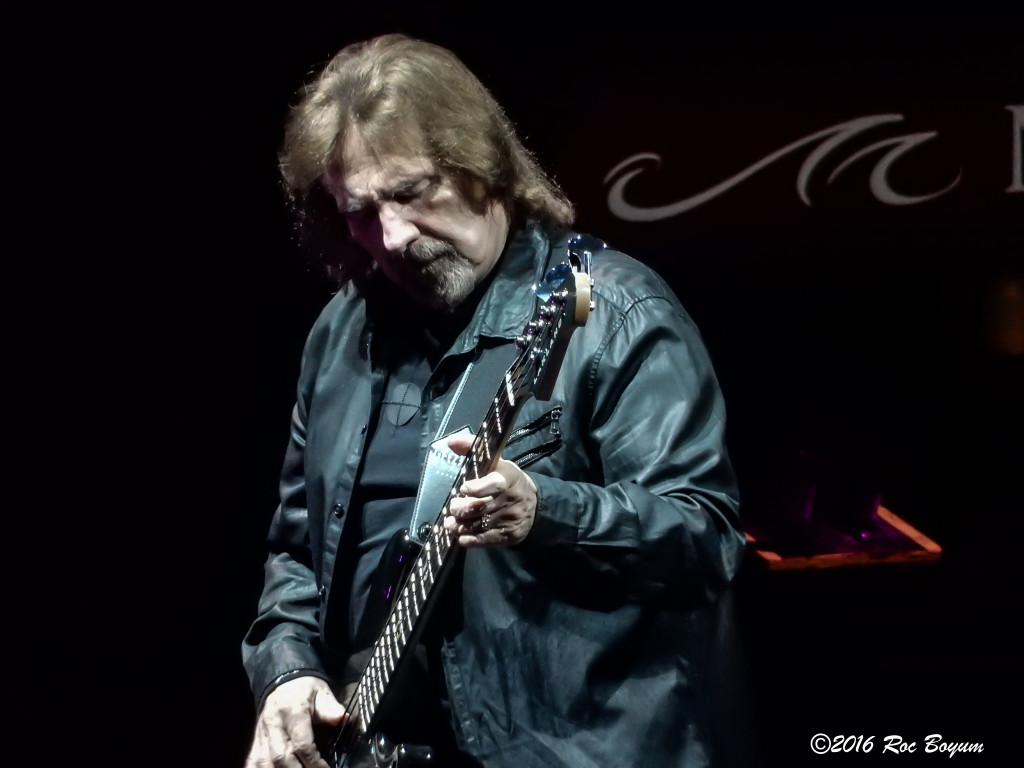 that seamlessly flowed into the beginning for N.I.B. one of the most brilliant tracks off their debut LP. With the incredible chemistry between the 3 legends, it is the essence of why the band still reaches the massive crowds. The show continued with Hand of Doom, followed by Rat Salad both from the Paranoid LP and then the audience became witness to the amazing Drum Solo of Tommy Clufetos, also known for his work with Alice Cooper, Ted Nugent and Rob Zombie to name a few. 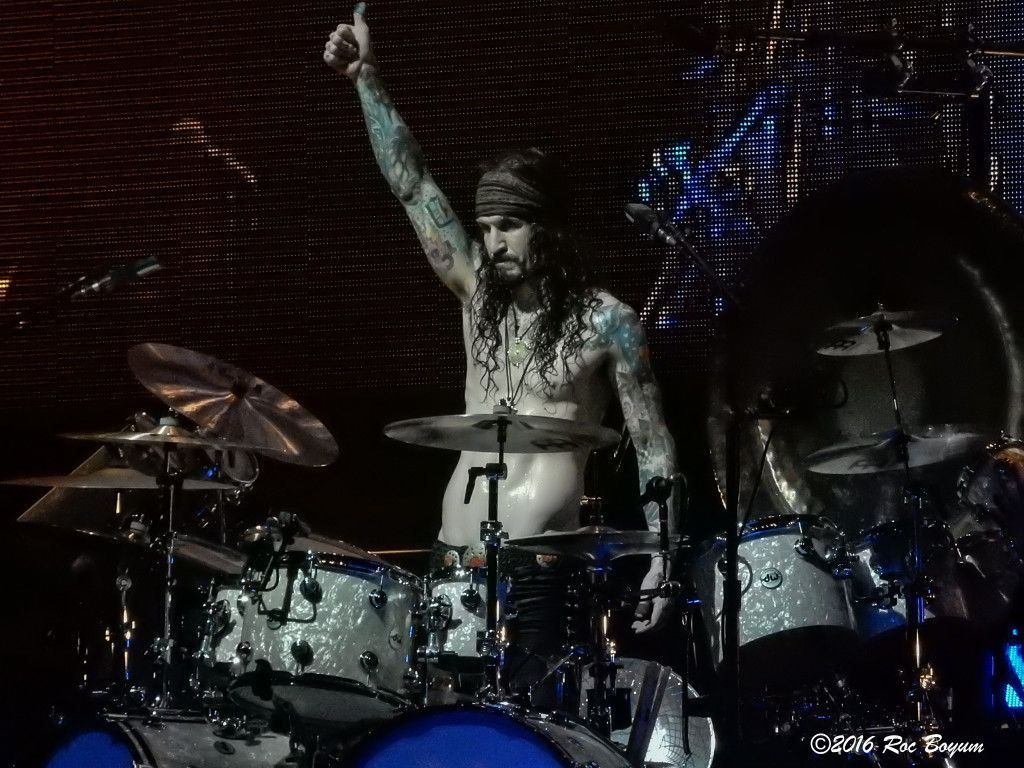 as these songs should be played. His solo was a display of serious chops and showmanship such as, Tommy Aldridge/John Bonham and the very essence of what a Hard Rock/Heavy Metal Drum solo is all about…simply brilliant!!!.

Then the stage went dark with only the steadfast sound of a pounding single bass drum echoing throughout the venue followed by a massive guitar drone which was the explosive entrance into one of the most recognized Heavy Metal guitar riffs off all time; Iron Man. This whipped the already manic crowd into a frenzy. The show continued with Dirty Women, the only song from their 1976 Technical Ecstasy LP and a stellar version of Children of the Grave from the Master of Reality LP. Then it seemed the night had come to an end as the band walked offstage. The problem was nobody wanted to leave and nobody wanted the night to end.

Then a voice from backstage resounded in the venue as Ozzy asked “Do you want one more song?” The crowd screamed an overwhelming YES! Ozzy continued with “If you want one more song, I need to hear you chant and scream ONE MORE SONG!” With the deafening chants and screams of 12,000+ people screaming, ONE MORE SONG, filled the massive venue, the band walked back out onto the stage with an incredible version of Paranoid from the LP of the same name which was the perfect end to this amazing evening. The fact that this is indeed “The End” and final shows of Black Sabbath, make sure you don’t miss your chance to experience this incredible show! The band will be back in Las Vegas on September 17, 2016 – Las Vegas Tickets Here

See The Photo Gallery Below

Behind the Wall of Sleep

Children of the Grave 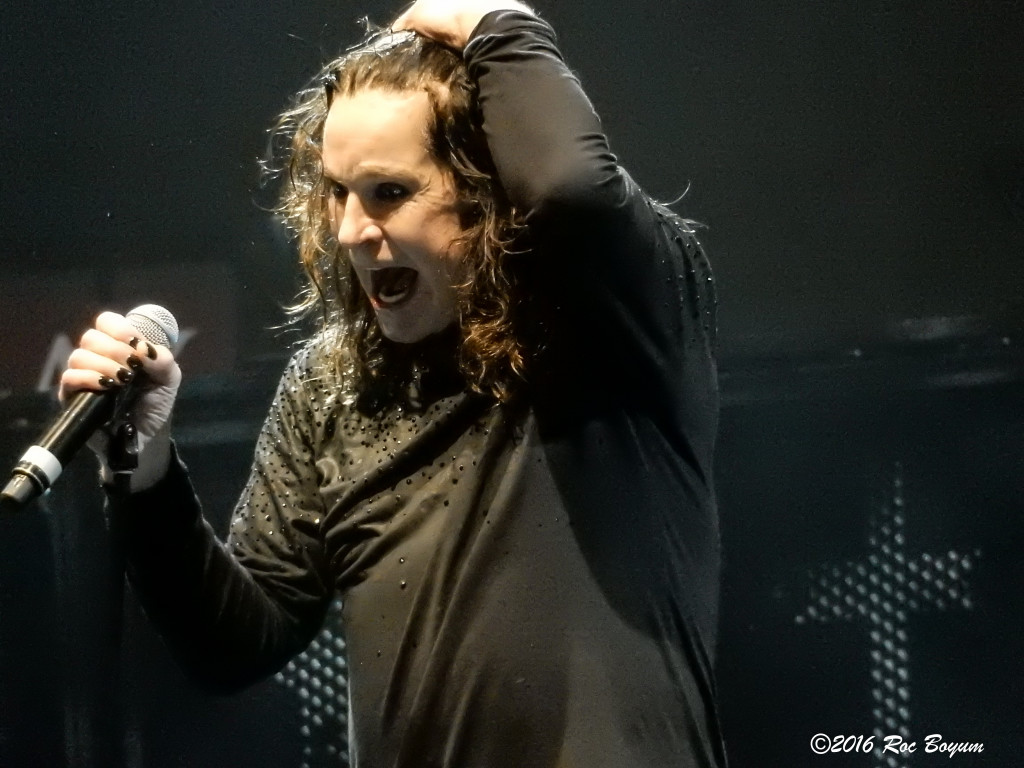 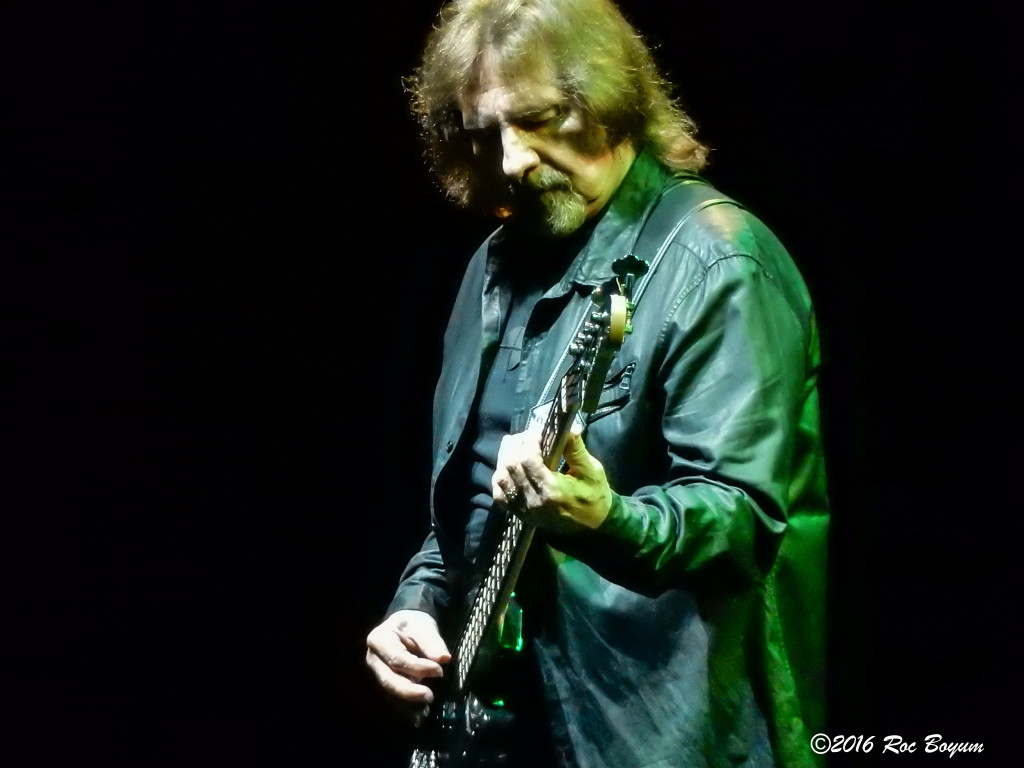 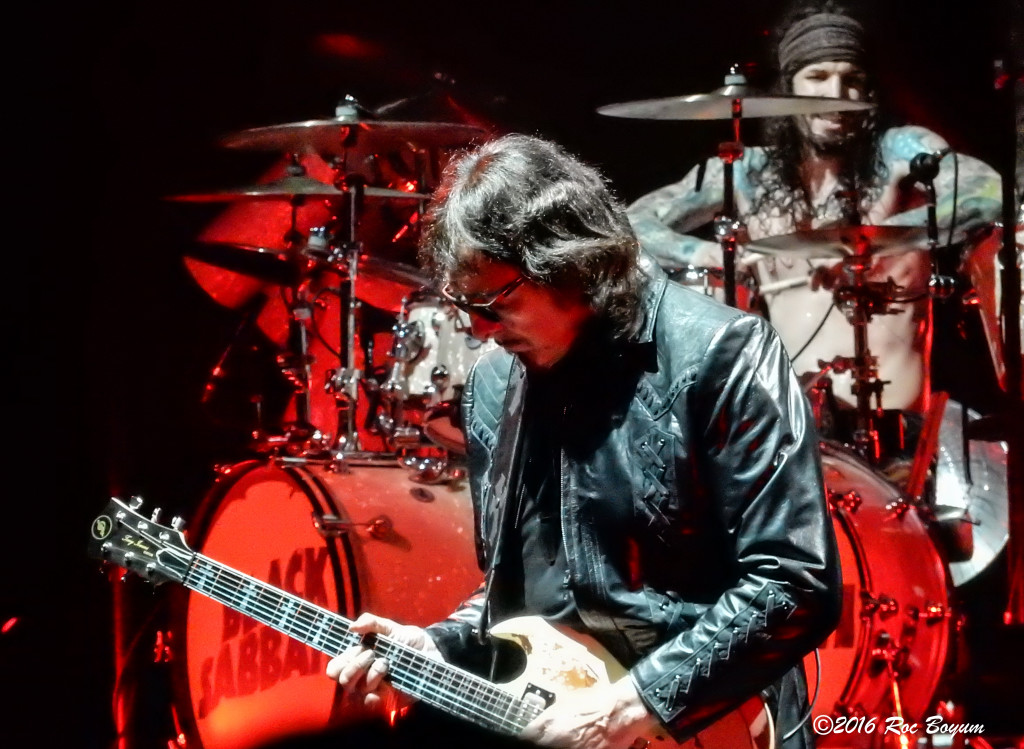 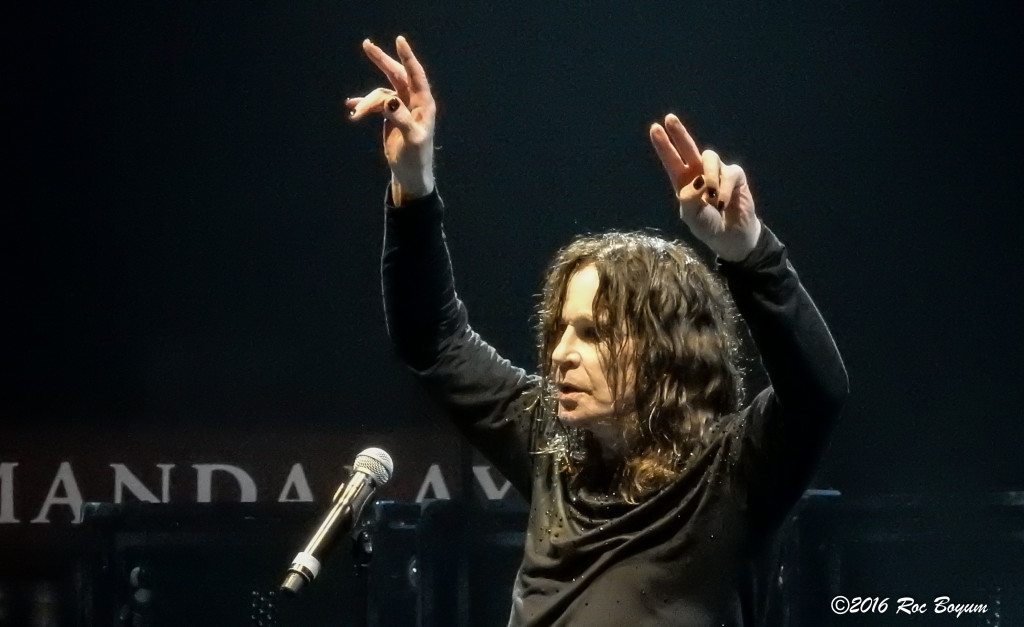 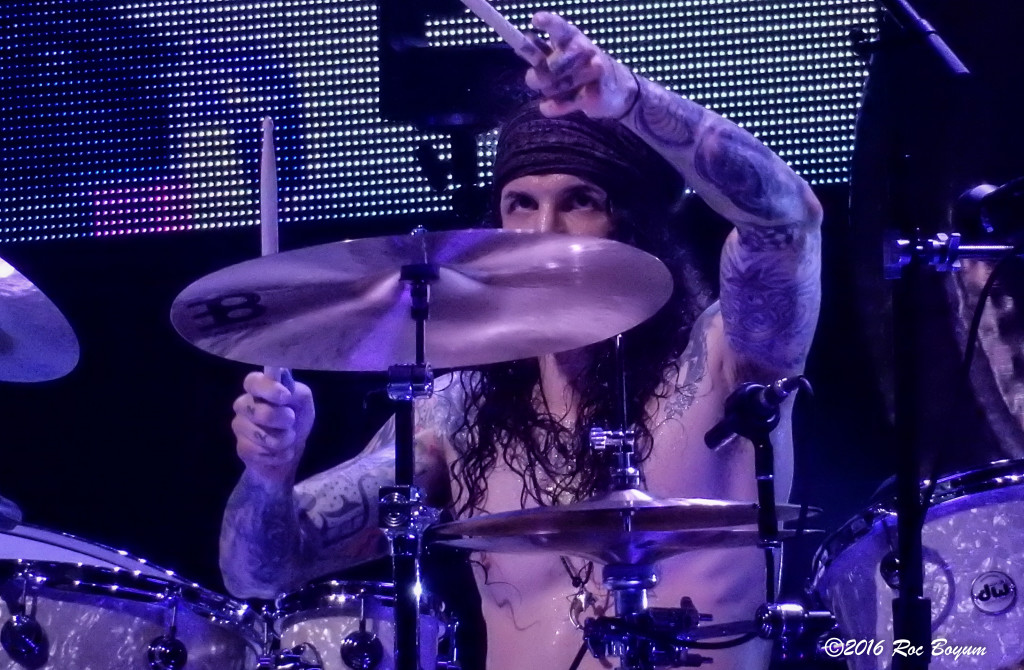 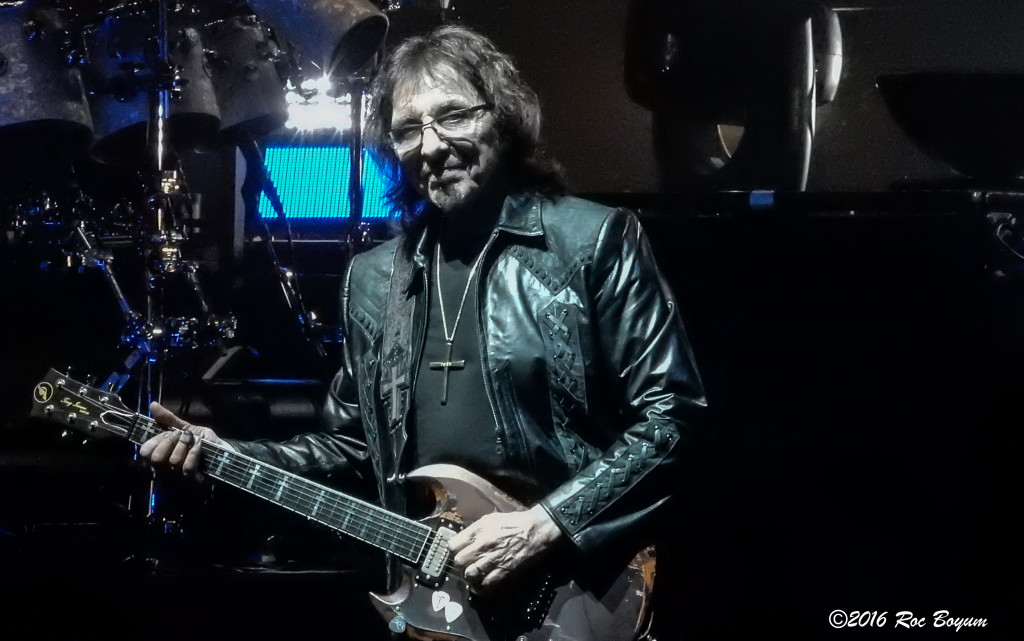