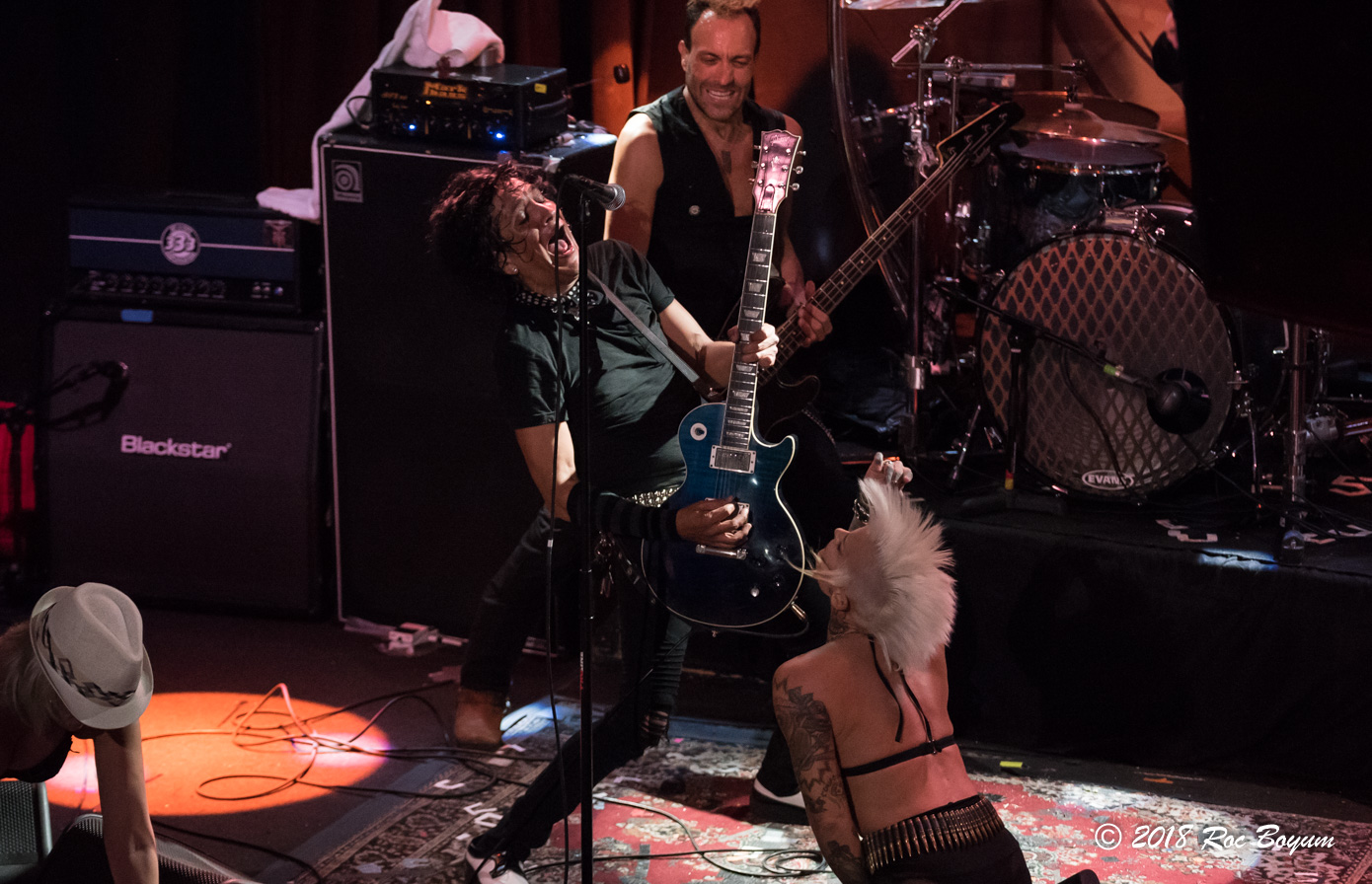 Marq Torien of the BulletBoys

The highly anticipated Los Angeles return of the BulletBoys came to fruition on Friday, February 23, 2018 with the band lighting up the night as they descended upon the Whisky A Go Go stage.

When LA Metal Media Magazine asked the band’s founding member and lead singer “Marq Torien” why the BulletBoys choose Los Angeles to launch their latest “From Out Of The Skies” tour in promotion of their latest CD of the same name, ” Marq replied;

“I was born in the city of Los Angeles and it is the magical city that I love.”

In an exclusive backstage interview with Marq at the Whisky, LA Metal Media also discovered that Los Angeles’ very own favorite radio station 95.5 KLOS  will be hosting an exclusive BulletBoys “From Out Of The Skies” CD Release Party in Los Angeles on March 24, 2018, one day after the CD drops on March 23! You’ll need to tune into KLOS in the days leading up to the release party for exclusive details, location and how to be a part of this Awesome event.

The CD Release Party’s MC will be none other than KLOS Radio’s  Melissa Maxx, who also just happened to be at the Whisky on this night to introduce and bring to the stage, The BulletBoys!

LA Metal Media’s exclusive backstage interview with Marq proved to be a very personal and in-depth interview, and Marq revealed a special behind the scenes look at what went into the making of this incredible and risk taking new CD.

Marq candidly said, “It’s scary when you put your heart and soul out there lyrically and it’s not as easy as one might think” but Marq was determined to get personal on this CD.

Marq also shared the details of the Awesome recording process and special guest Artist on the CD. Check out the interview here:

In anticipation of the BulletBoys hitting the Whisky stage, the entire crowd went into a thunderous applause as KLOS’ Melissa Maxx introduced the BulletBoys and the band made their way down the stairs and onto the stage.

Marq Torien of the BulletBoys

The standing room only crowd rocked the Whisky through their entire set, singing along to all the classics. When the band dove into D-Evil, the new single from their latest “From Out Of The Skies” CD, the audience followed Marq’s every move, enthusiastically swaying to the song’s funk/Metal groove proving this song is a new fan favorite. D-Evil was truly the highlight of the evening as well as the perennial fan favorite and last song of the evening “Smooth Up In Ya” which sent the crowd into a frenzy as they sang along to every word. 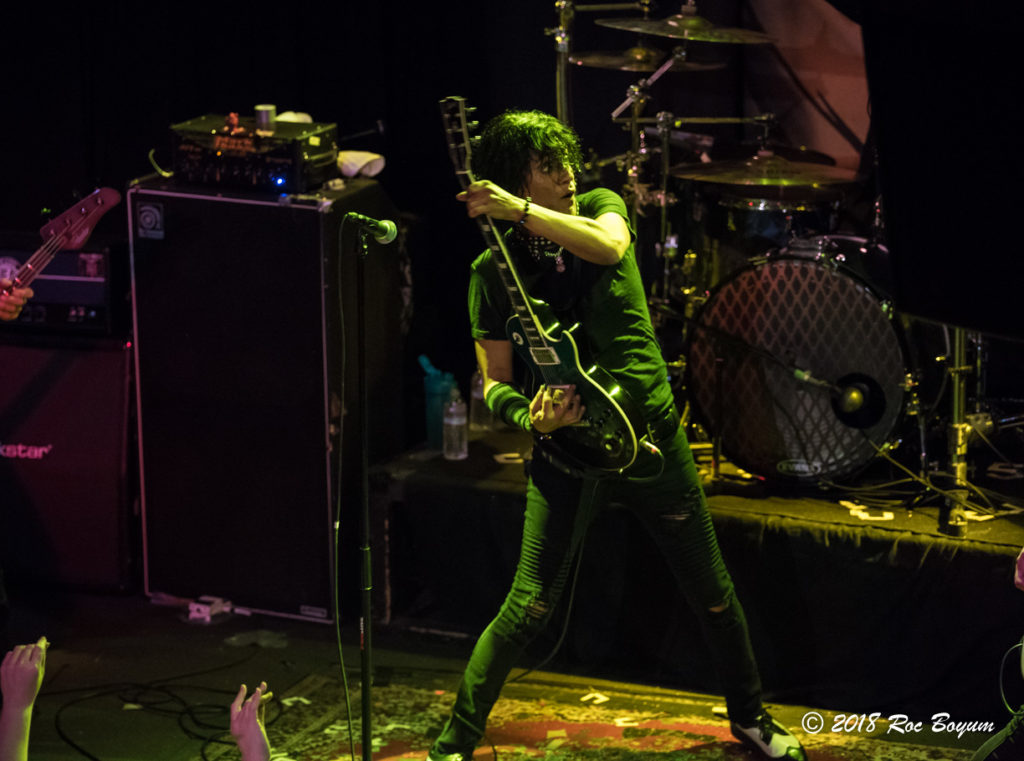 The band sent out their heartfelt thanks to the frenzied Los Angeles crowd as they left the stage. You can be sure everyone will be anxiously awaiting for March 23, when they can get their hands on their own copy of the new “From Out Of The Skies” BulletBoys CD.

Check out the BulletBoys Photo Gallery from this show here!