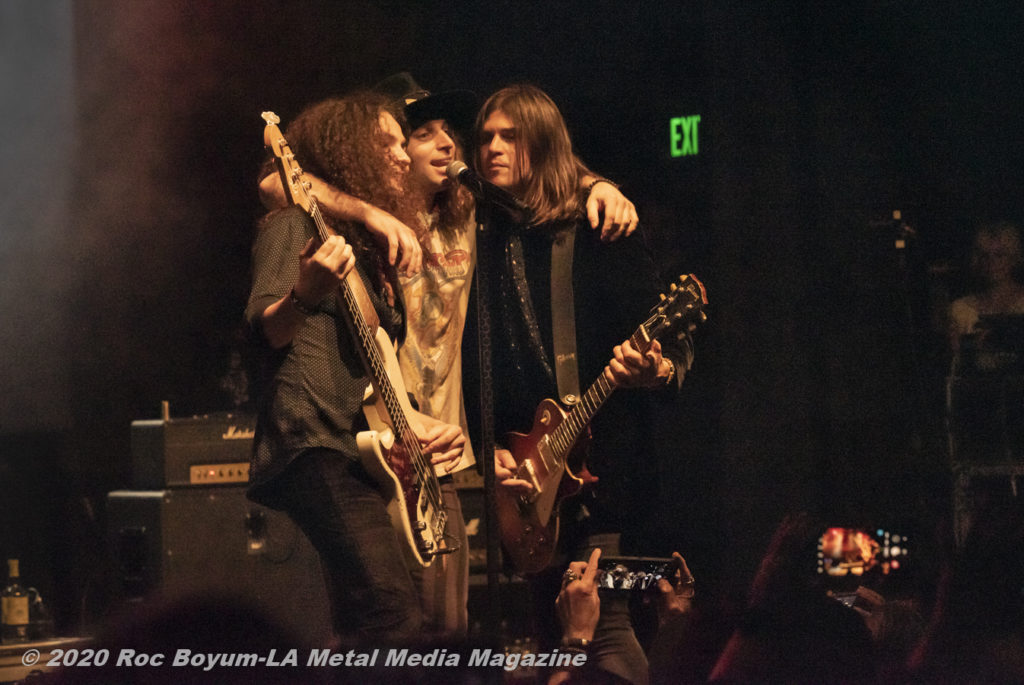 The anticipation was extremely high for Dirty Honey’s home town return with this last stop of their first headline tour in 2020.  Dirty Honey have been on a meteoric rise and on a frenzied touring schedule since June of 2018, having opened for such notables as The Who, Guns N’ Roses and Skillet to name a few. The Los Angeles fans showed up in full force to celebrate this headline show with a sold out show at the iconic El Rey Theater.

The band laid down an impressive set of their bad-ass heavy blues rock that started off with guitarist John Notto firing up his six string with an improv guitar entrance that led into a blistering version of Scars from their debut EP (Dirty Honey). From the moment they hit the stage, Dirty Honey had the entire El Rey Theater in the palms of their hands.

The band played their debut EP in it’s entirety with a couple of new songs to tantalize the audience for their upcoming works. The first new song they presented is called “The Wire” and was introduced by singer Marc LaBelle with this short monologue: 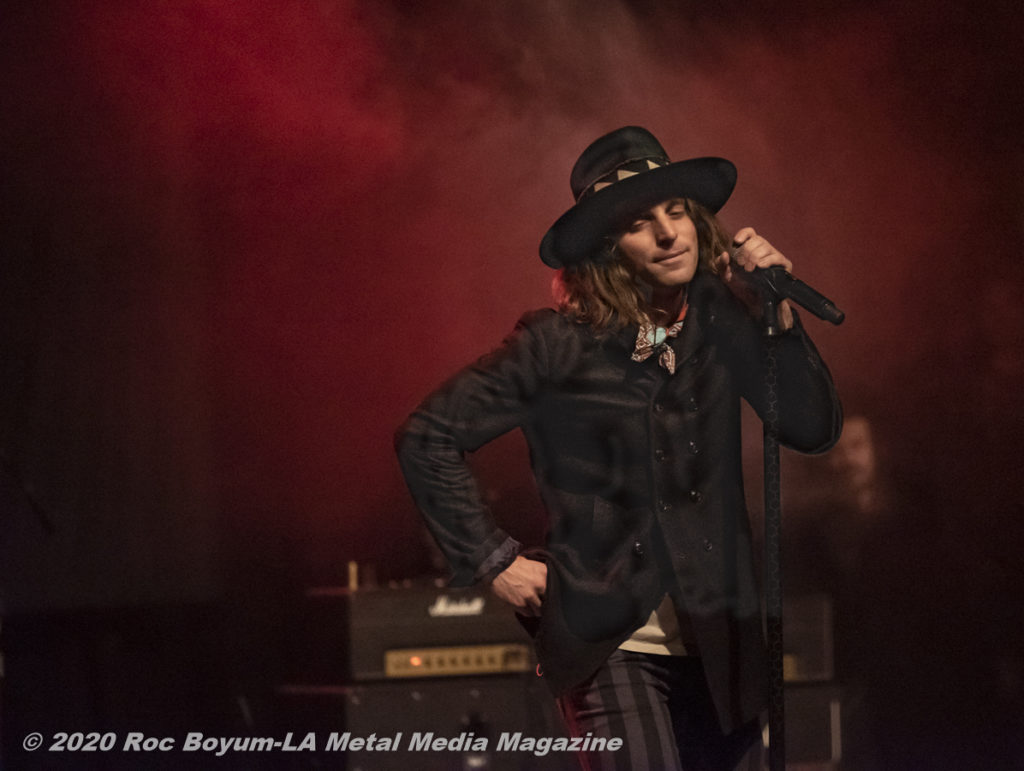 We’ve opened up for a lot of big bands like The Who, Skillet, AlterBridge and         Guns N’ Roses, but the only problem with opening for bands way more famous than you is that you don’t get a lot of time to write much new music. So we decided that when we went out next time, we’d get some new shit finished for ya, so if it’s alright we’ll play some new songs for ya tonight! We’re really excited about this one, it’s called “The Wire!”

The Wire is a heavy grinder that’s right on par with the material from their debut EP which is a great indicator that their upcoming full length LP is gonna F’N Kill it!

Next up were the fan favorites, Heartbreaker and Down The Road, that included a nice segue from Heartbreaker into DTR with an instrumental snippet of Van Halen’s Everybody Wants Some. Down The Road ended with a great audience sing-along to the song’s Na Na’s with LaBelle telling the audience, Ah! You Guys Are Too Great!

The band also served up some scorching solos with drummer Corey Coverstone shredding the first solo of the night. Coverstone unleashed an array of blistering snare and tom tom combinations that were followed with a flurry of multi drum/cymbal attacks throughout his solo that wowed the audience. 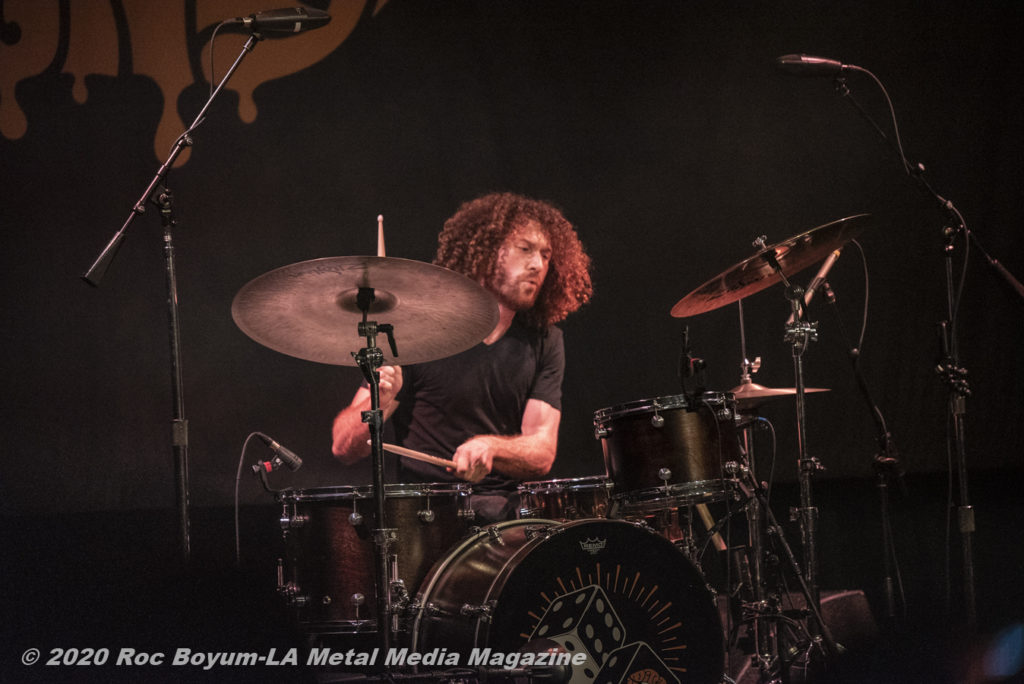 Guitarist John Notto shredded the El Rey Theater with a blistering solo that started off with a simple and short rhythm guitar call and answer with the audience that then exploded into a flurry of lightning fast lead runs. For the end of his solo, Notto was joined by bassist Smoliani and drummer Coverstone for a ripping blues rock jam. 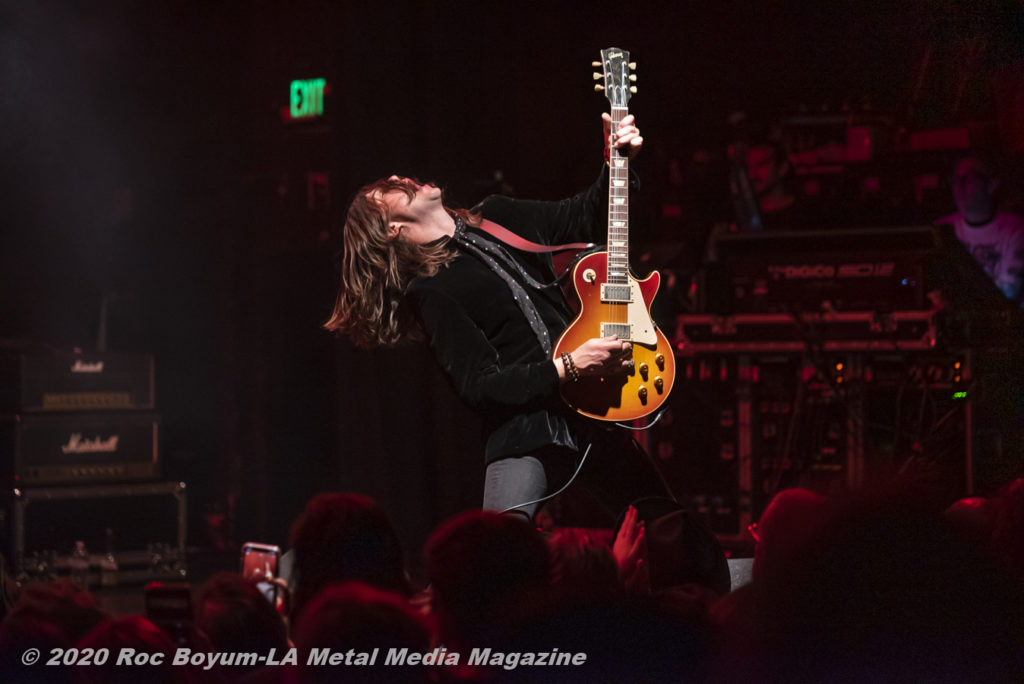 Not to be left out of the fun, bassists Justin Smolian delivered his own brand of shred with a solo that was an array of harmonic tones that were bathed in a wash of effects and guitar wah wah. 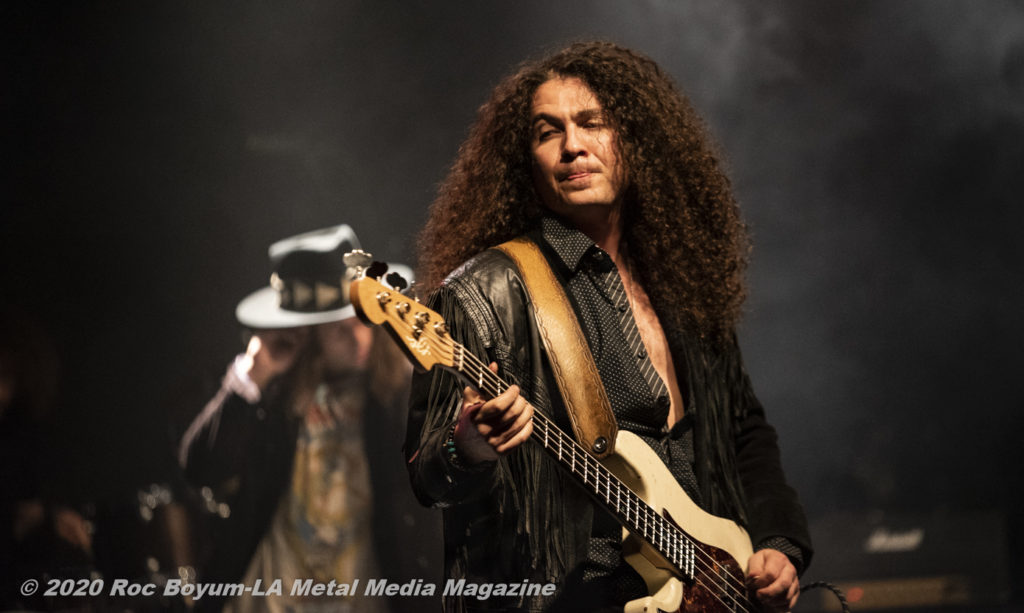 LaBelle then introduced another new song titled Tied Up by saying;

Can we do some more new shit for you LA! This one’s called Tied UP!

Tied Up had a great audience sing-along that was then followed by a great cover of Aerosmith’s Last Child. They continued with When I’m Gone, (a song from their debut EP that’s been all over radio stations like hometown KLOS),  and an excerpt of Led Zeppelin’s Whole Lotta Love and the evening’s last song; Rolling 7’s.

Be sure to check out the Dirty Honey El Rey Theater: Photo Gallery Here! Also, catch the band live next time they come around and the: Dirty Honey website.