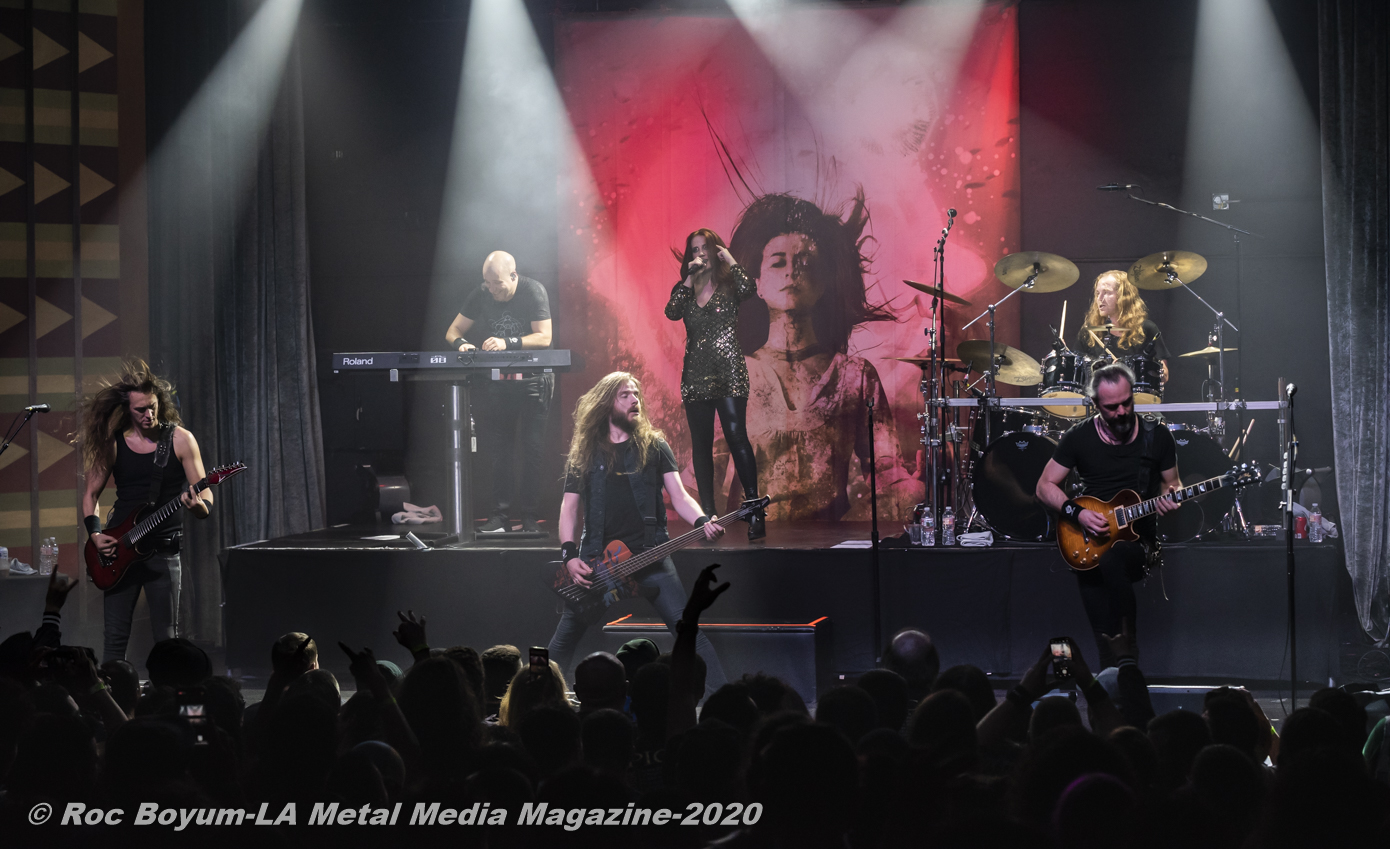 Epica kicked off 2020 with an insanely explosive show at the Regent Theater on 1-5-20.

The bands’ show leaned primarily on their brilliantly heavy, Design Your Universe LP; of which they played eight of the thirteen tracks from that LP-including the two recorded tracks; Samadhi (Prelude) and the Prince of Freedom. Epica are celebrating the 10th anniversary of the release of Design Your Universe by releasing this fan-favorite LP in a Gold Edition that was remixed and remastered by acclaimed producer, Joost van den Broek. The package includes updated artwork and a 2nd disc containing newly-recorded acoustic versions of DYU songs. In a back stage interview with the guitarist/song writer Mark Jansen, Mark revealed that the band will also be playing a few songs tonight that the band has never played live before. Stay tuned for the exclusive back stage interview with Allie Jorgensen and guitarist/song writer Mark Jansen coming to LA Metal Media Magazine on youtube soon! 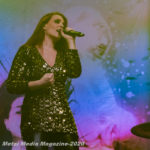 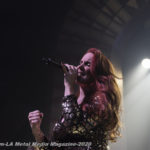 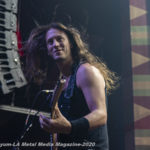 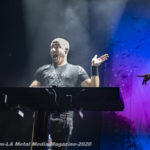 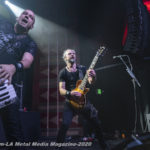 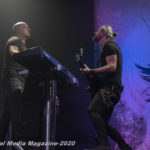 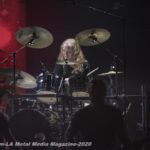 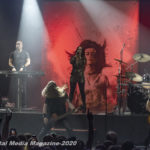 From a darkened stage, the pre-recorded track, Samadhi (Prelude) echoed throughout the venue with each band member entering the stage one by one; beginning with drummer Ariën van Weesenbeek. With all the musicians on stage, they immediately exploded into Resign to Surrender under an assault of flashing strobe lights. Singer Simone Simons entered the stage to a cheering audience, grabbing her microphone right on Que to catch her vocal line,  which immediately sent the venue into a mass of fist pumping arms. After Resign to Surrender, singer Simons greeted the LA audience with these words:

How ya doing tonight LA? ” Audience Cheer”  It’s great to be back here in beautiful LA, Are you guys ready to party tonight? Are you ready to be….. Unleashed?

Immediately the band launched into the operatic beginning of Unleashed under the guise of syncopated strobe lights. The strobes gave way to a darkened stage with the song’s manic pace, fueled by drummer Weesenbeek’s lighting fast double bass drums.  Without hesitation they continued their assault on Los Angeles with Martyr of the Free World that featured keyboardist Cohen Janssen on his “U” shaped “NUmotion” keyboard. This portable keyboard gives Janssen the freedom to run across the stage and get crazy; which he has so much fun doing! 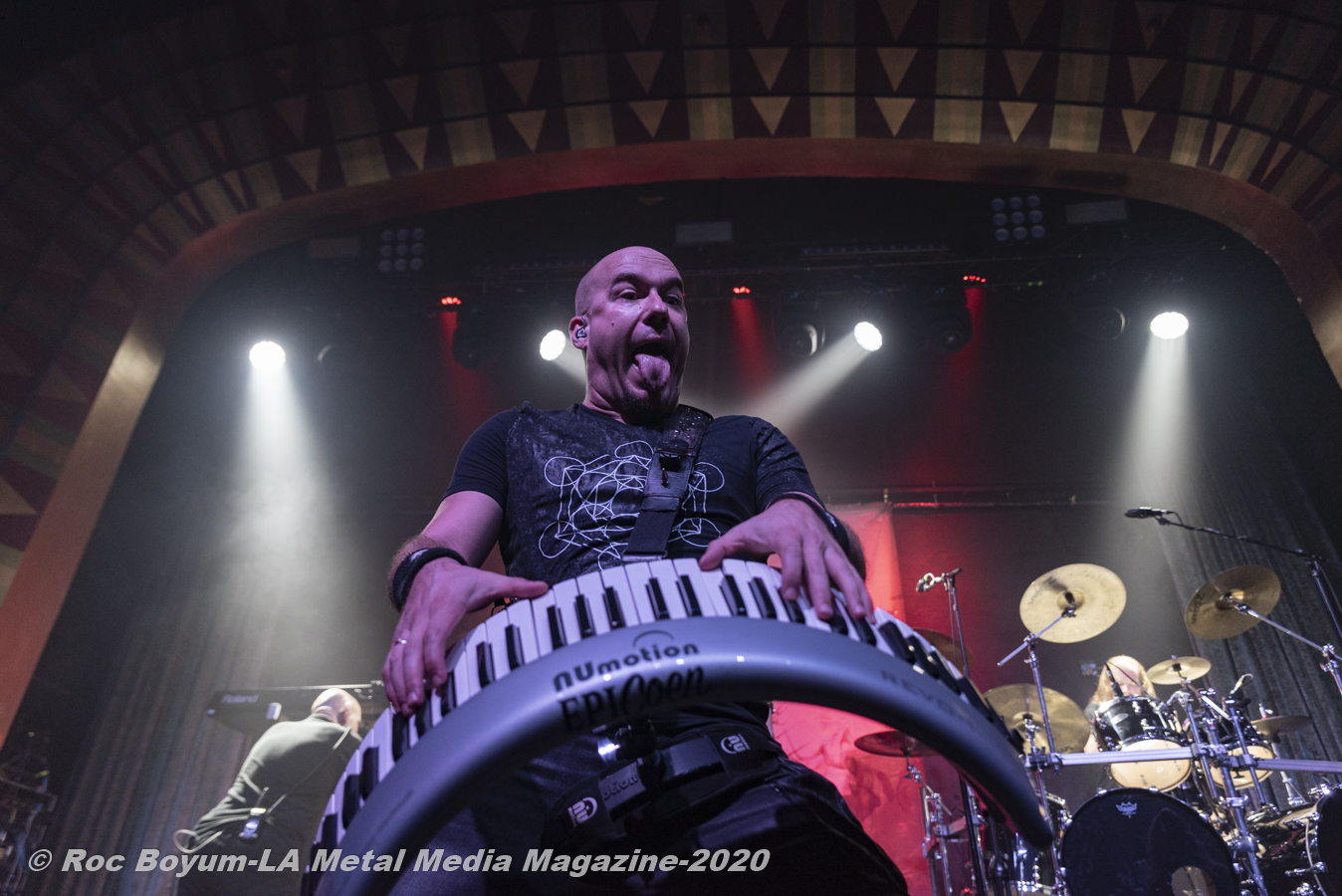 The band followed with brilliant versions of Our Destiny, the opus production of The Kingdom of Heaven, In all Conscience and Burn to a Cinder. Each of the explosive versions were ignited with shredding guitar solos by Isaac  Delahaye and Mark Jansen.  The tender ballad, Tides of Times featured keyboardist Janssen and singer Simons center stage and evoked a moving display of waving arms and lighted cell phones that moved in unison across the Regent Theater floor.

The band finished the regular set with The Obsessive Devotion, Cry For the Moon and Design Your Universe. For the end of Cry For The Moon, drummer Ariën van Weesenbeek delivered a mini drum solo of a blistering array of impressive hand and foot combinations that wowed the audience and was sure to make the drummers in the audience smile. 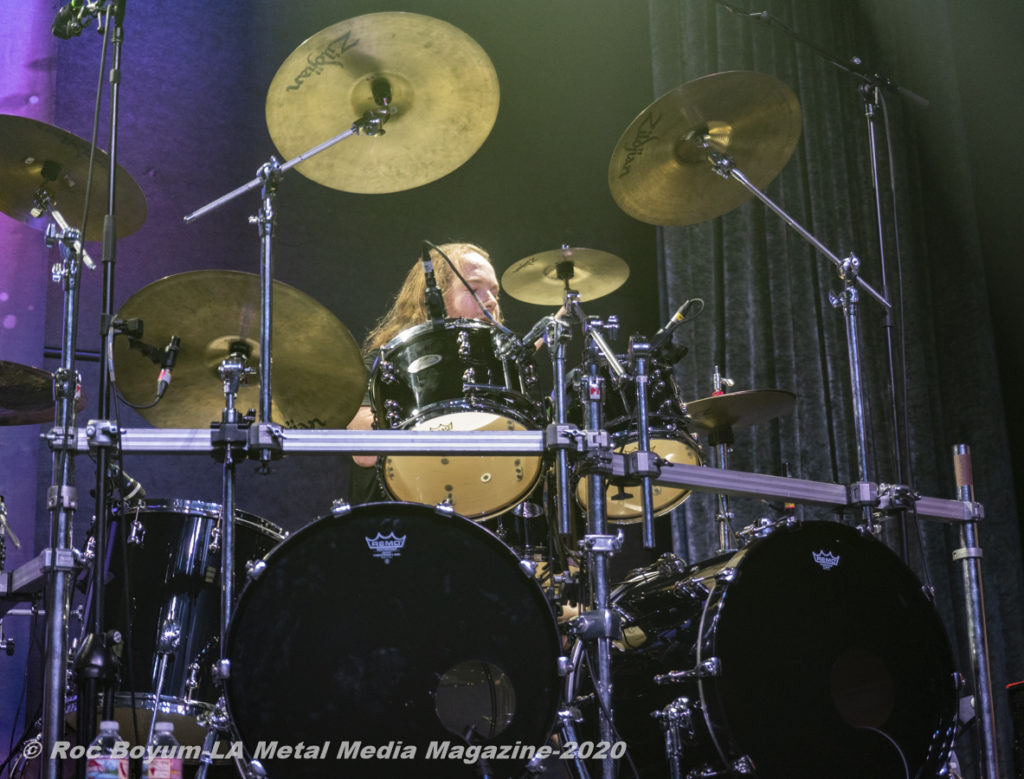 The band finished out the night with three shredding encore songs, Sancta Terra, Beyond The Matrix and Consign to Oblivion.

This tour is a must see experience!!! Epica brings to the stage an over the top show, with their exceedingly heavy performance of the of their greatest material to date from their Design Your Universe LP. Don’t miss you chance to catch this second to none show; this is Epica…..UNLEASHED!!!

Be sure to see Epica live whenever you can and check them out at: www.epica.nl/ 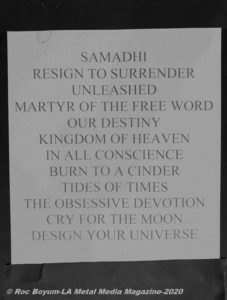