The second show of the Evanescence Synthesis tour was at the Greek Theater in Los Angeles on October 15, 2017 with a scheduled start time of 8 p.m. But with flames racing up on the hill behind the venue, the show was nearly canceled due to a 7 p.m. brush fire behind the Greek Theater. Thanks to the heroic efforts of over 70 LA Fire Department and Park Ranger Firefighters and water dropping helicopters the thousands that had gathered inside the venue did not need to be evacuated and the fire was contained just in time.

As the smoke cleared inside the Greek Theater, from the fire, the crowd watched the stage in eager anticipation of the magical evening that was about to begin. Amy Lee and Evanescence would lead a 28 piece orchestra through an amazing evening of Evanescence classics and introduce two new songs from their upcoming Synthesis LP.

Amy Lee was greeted by cheering fans as she entered the stage in an exquisite full-length gown designed by Les Habitudes. The evening began with Amy at her piano as she led the orchestra through the first verse and chorus of Never Go Back from their Evanescence LP.  Amy Lee filled the night air with her incredible and mesmerizing voice from behind the piano with the orchestra supporting her in the background. Suddenly emerging center stage at her mic, she took the orchestra into the second verse with her amazing vocal power and throwing her entire being and emotion into every word; this was the amazing beginning and a mere glimpse into the incredible show that was about to unfold before the Greek Theater!

As Amy Lee led the audience on an incredible journey, the show propelled forward with drummer Will Hunt balancing subtle accents with a high level of intense energy. Band members, guitarists Jen Majura and Troy McLawhorn, and bassist Tim McCord followed along with the orchestra in perfect synchronicity.  The two new songs from the upcoming Synthesis LP were (the single “Imperfection” and “Speak to Me” from the film “Voice from the Stone” earlier this year). The crowd sang along to every word of the familiar classics, like the Grammy-winning “Bring Me to Life,” and classics “My Immortal,” “Lithium” and “Your Star.”

The orchestra’s interpretation of the Campbell arrangements on Lacrymosa” (based on Mozart’s “Requiem”), “My Heart Is Broken” and “End of the Dream,” were all simply brilliant.

One of the standout moments of the evening, (there were too many to mention) featured the amazing version of the song Imaginary from the Fallen LP, that had the entire crowd spellbound.

Amy Lee’s magnificent vocals and stunning performance demonstrates that she is one of the best vocalists of all time. With her haunting melodies and unsurpassed emotion, her songs are able to reach fans across all genres of music. The Evanescence fans hung on to Amy’s every word as they sang along throughout the night. On many occasions throughout the show, the Greek Theater crowd sang so loud it was sometimes difficult to hear Amy Lee’s voice over the intensity of the crowd’s singing.

One fan’s comment of the show echoed the sentiment of all those who attended:

It really was a phenomenal experience. One of those concerts you cherish your entire life. Each song turned into a masterpiece with Amy’s voice that transcends reality lifting you to some new realms. I’m in such awe… beyond ecstatic to have been so lucky to be part of this once in a lifetime magical event. Thanks Amy, thanks Evanescence. Love you!!!

Before the show began, several people in the crowd were discussing how Amy Lee and Evanescence had helped them through some of the most difficult periods of their lives.  Just like the lyrics in the song “Bring Me to Life”, this became a theme song for so many and helped to pull them beyond their most difficult and dark days.  The addition of the orchestra to such an incredible anthem took the entire song and experience to a whole new level.  Many in the crowd shouted, “Amy, We Love You!” Amy responded with “We love you too! She also added” Thank you so much for making this possible, this is awesome!” “It is a dream to be doing this here with you!”

With amazing vocals and an incredible performance Amy Lee and Evanescence delivered an evening of music that everyone in the audience will carry with them for some time to come.

The Evanescence Synthesis Tour brings classics from the Evanescence catalog to life on stage night after night as they team up with a different symphony orchestra (under the direction of conductor Susie Seiter) in each city. Be sure not to miss this incredible performance and musical experience! Be sure to get the new Synthesis CD out now at http://smarturl.it/Synthesis 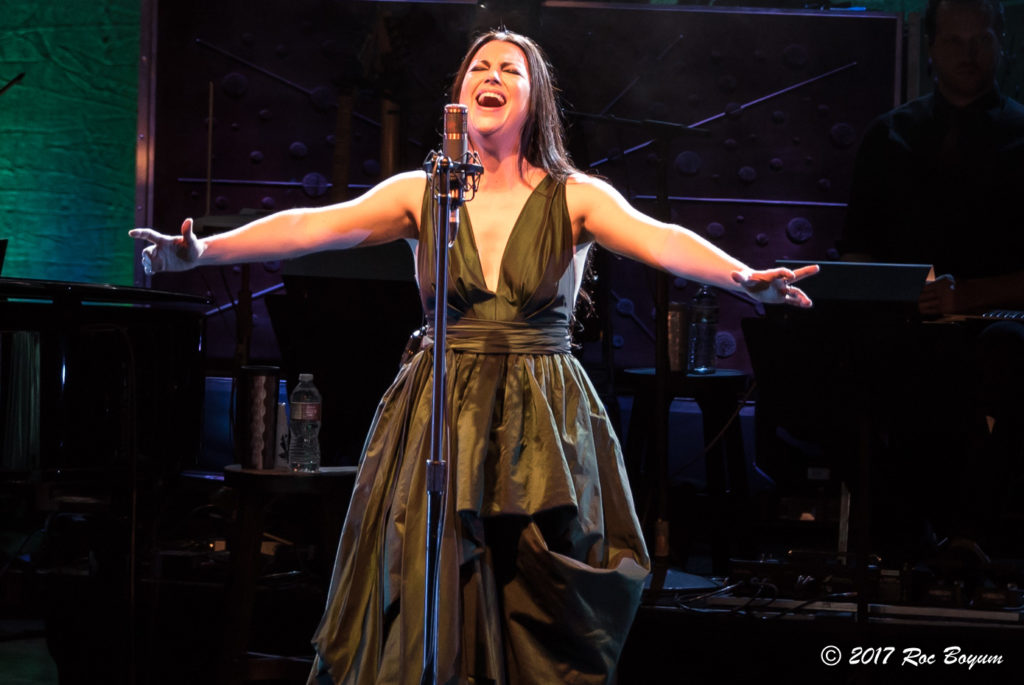 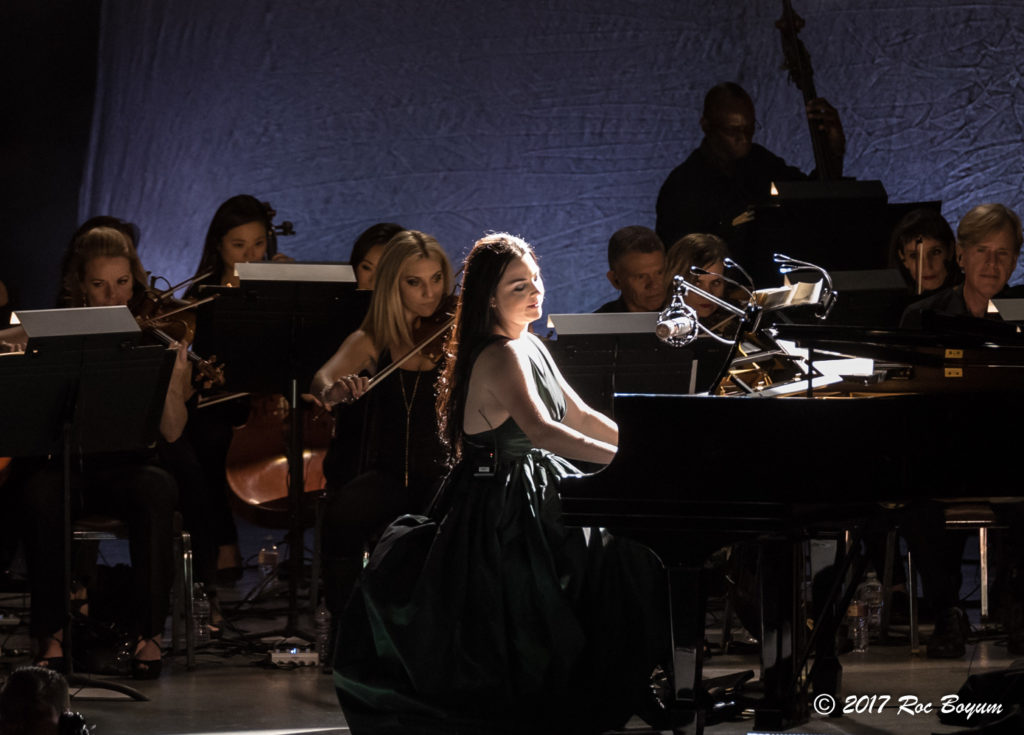 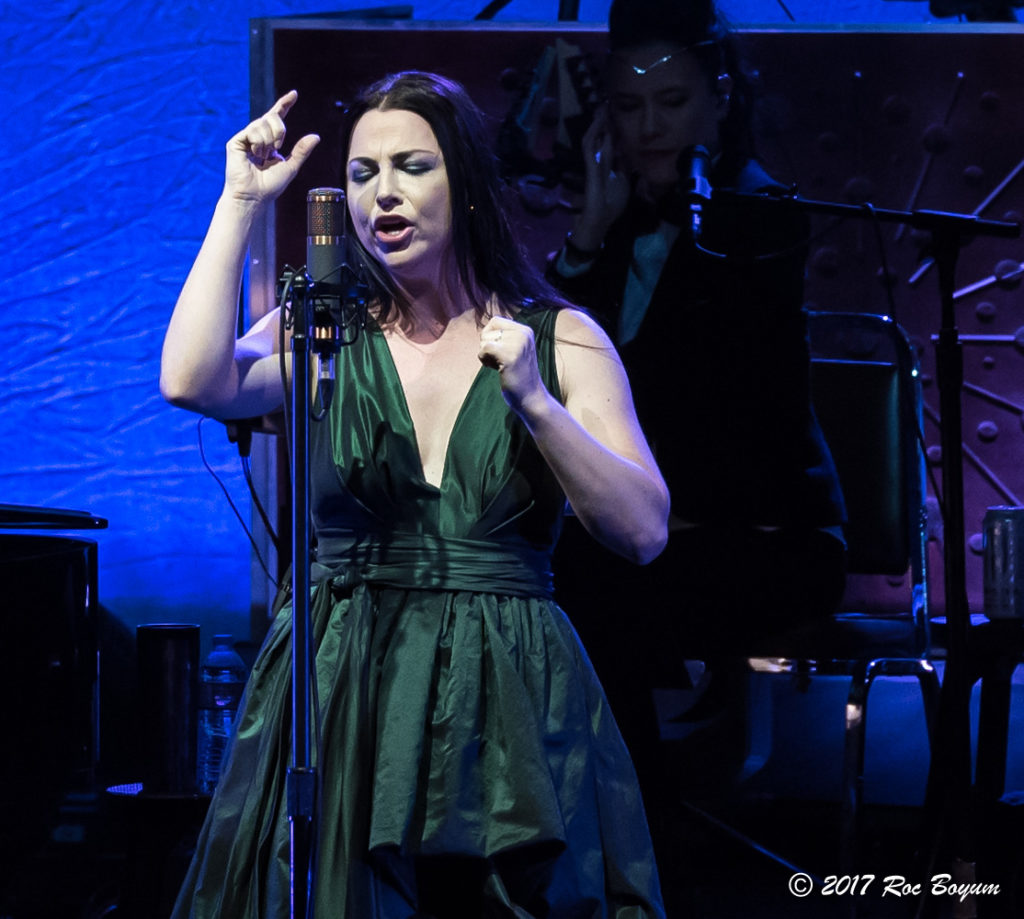 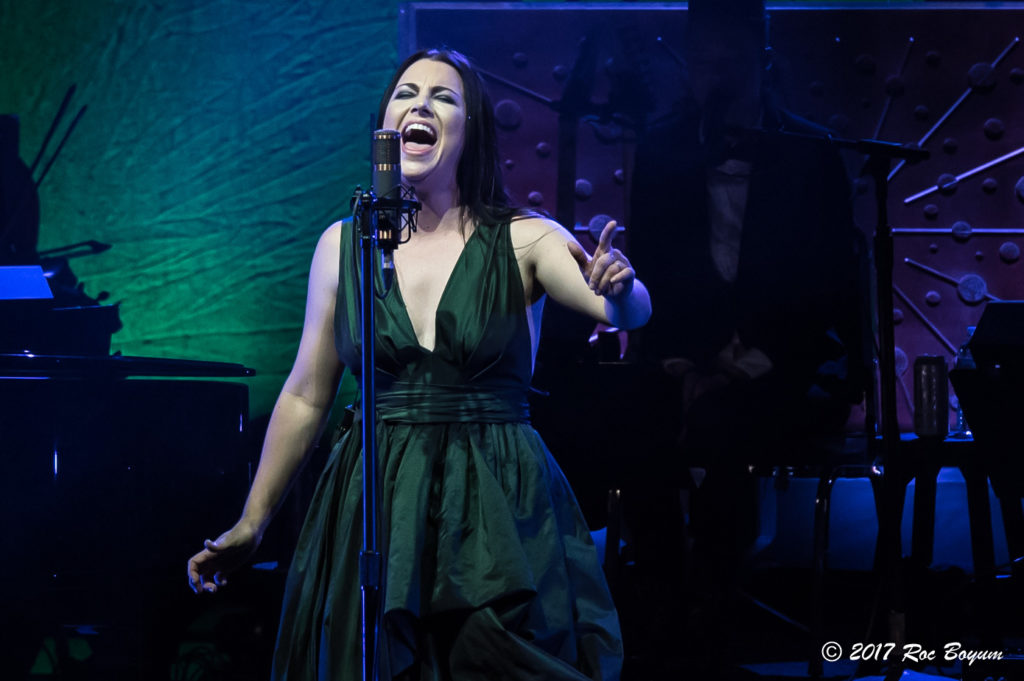 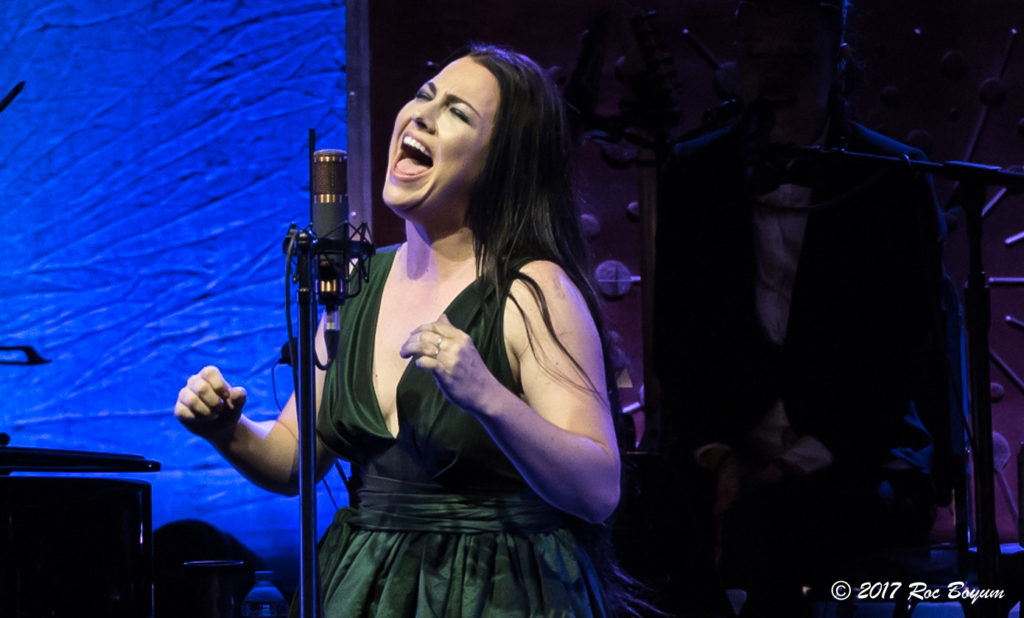 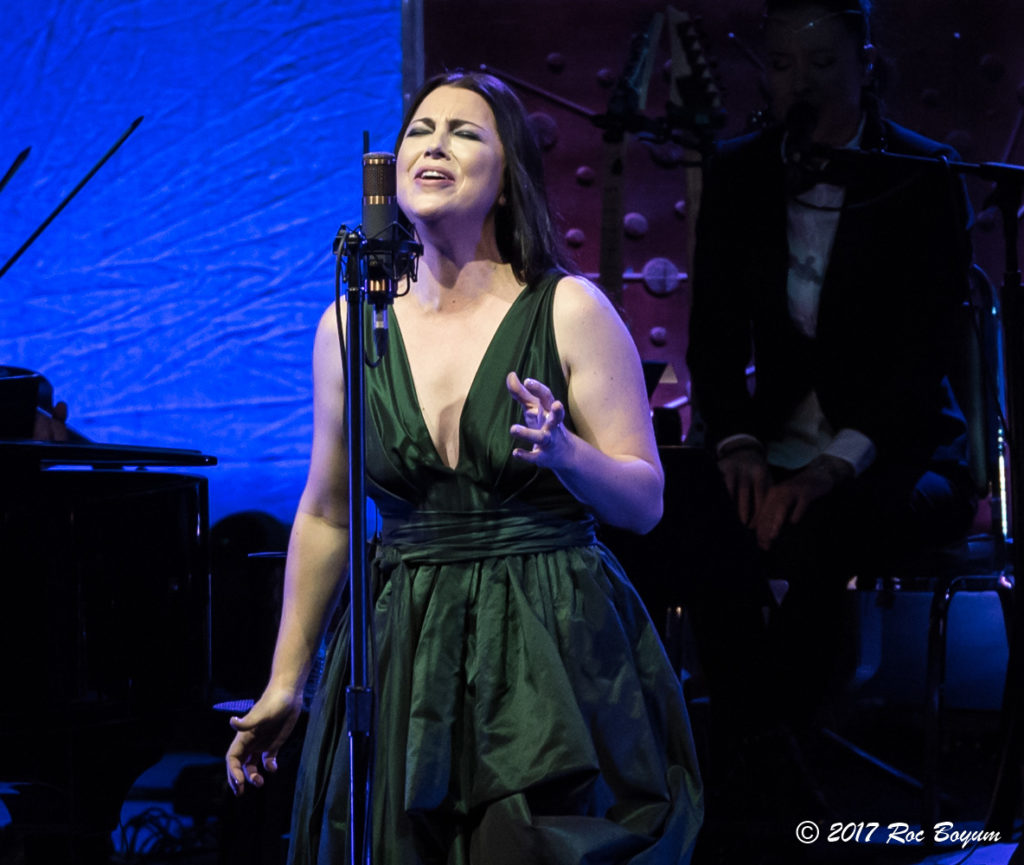 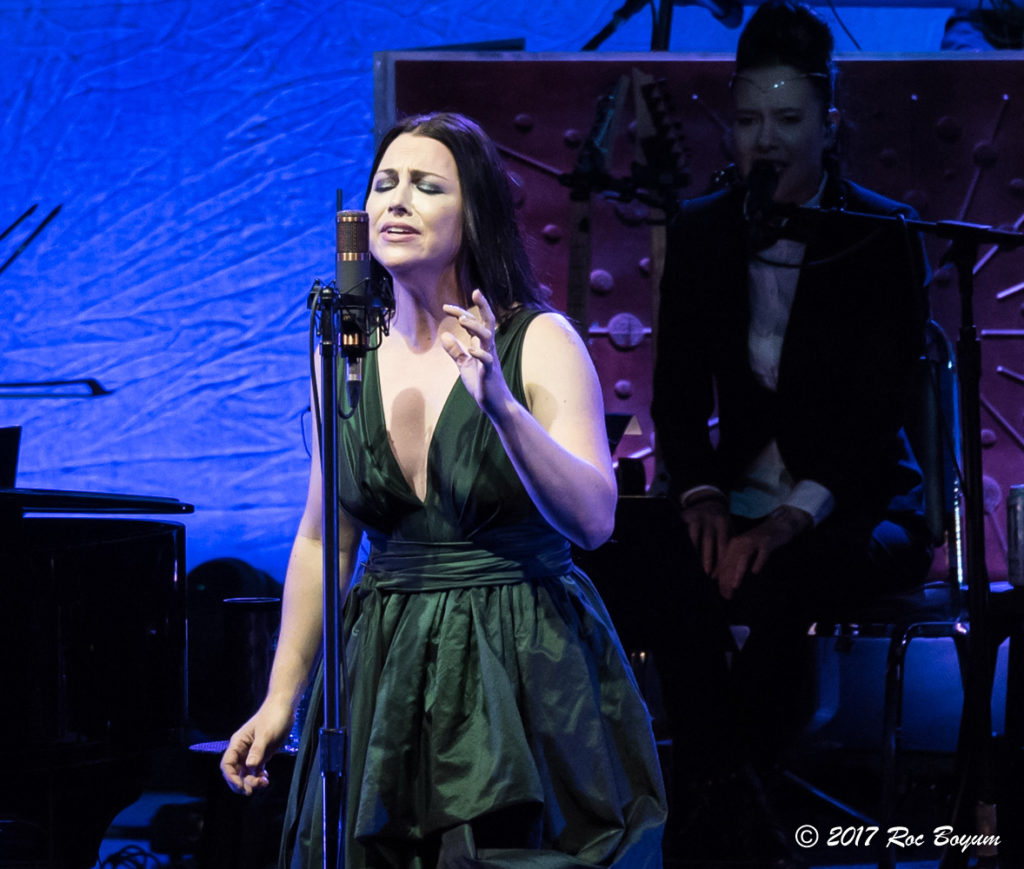 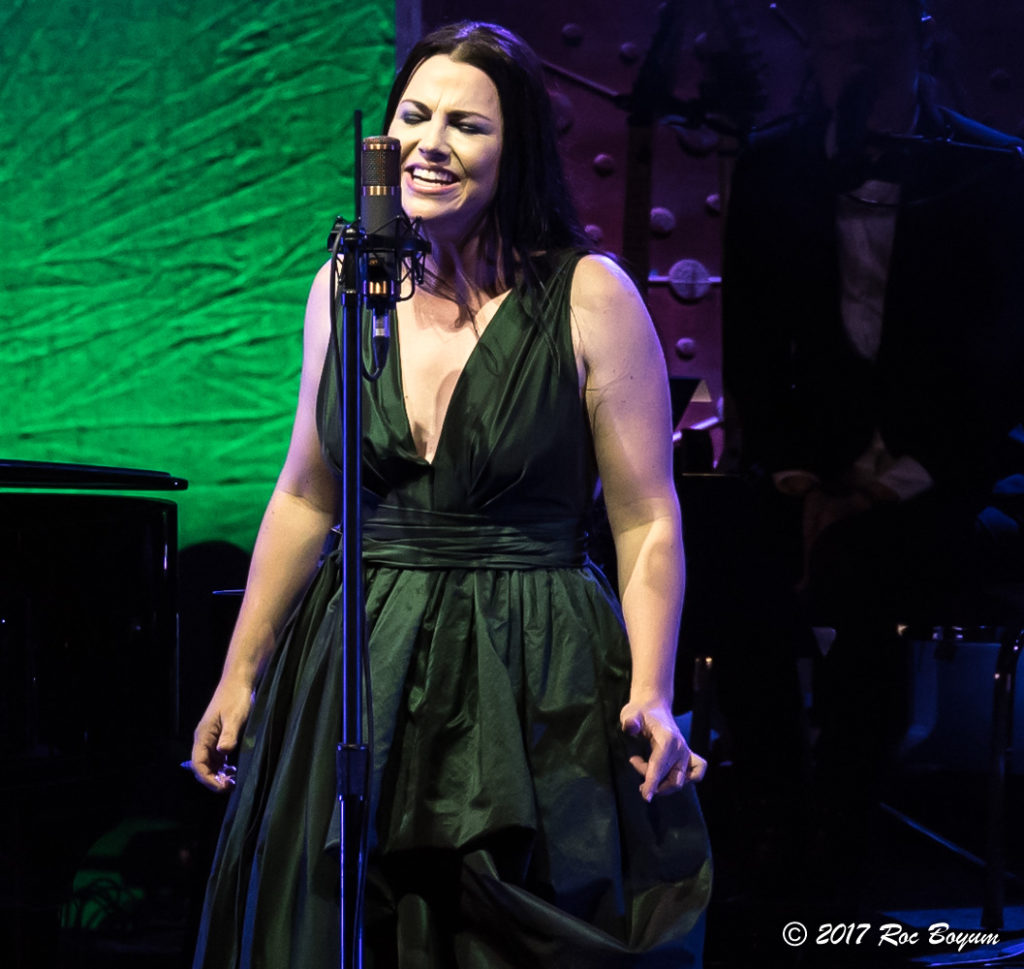 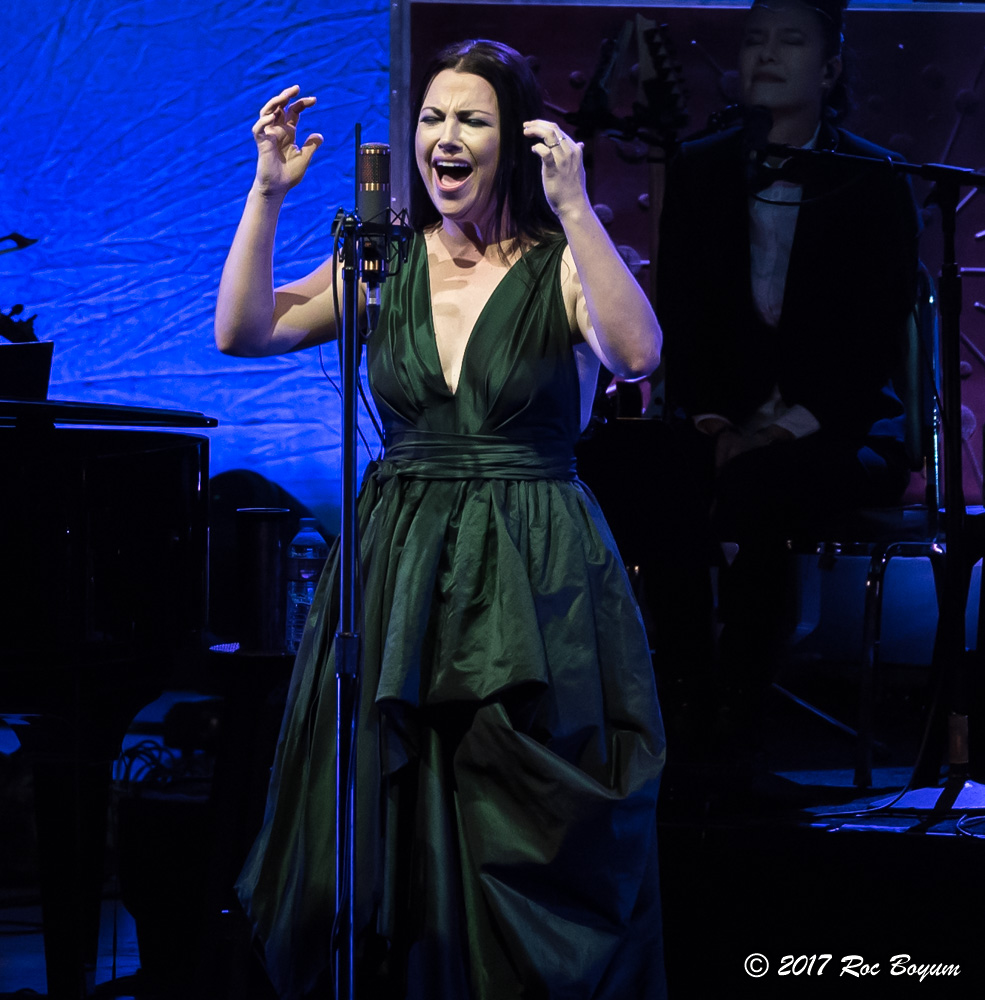 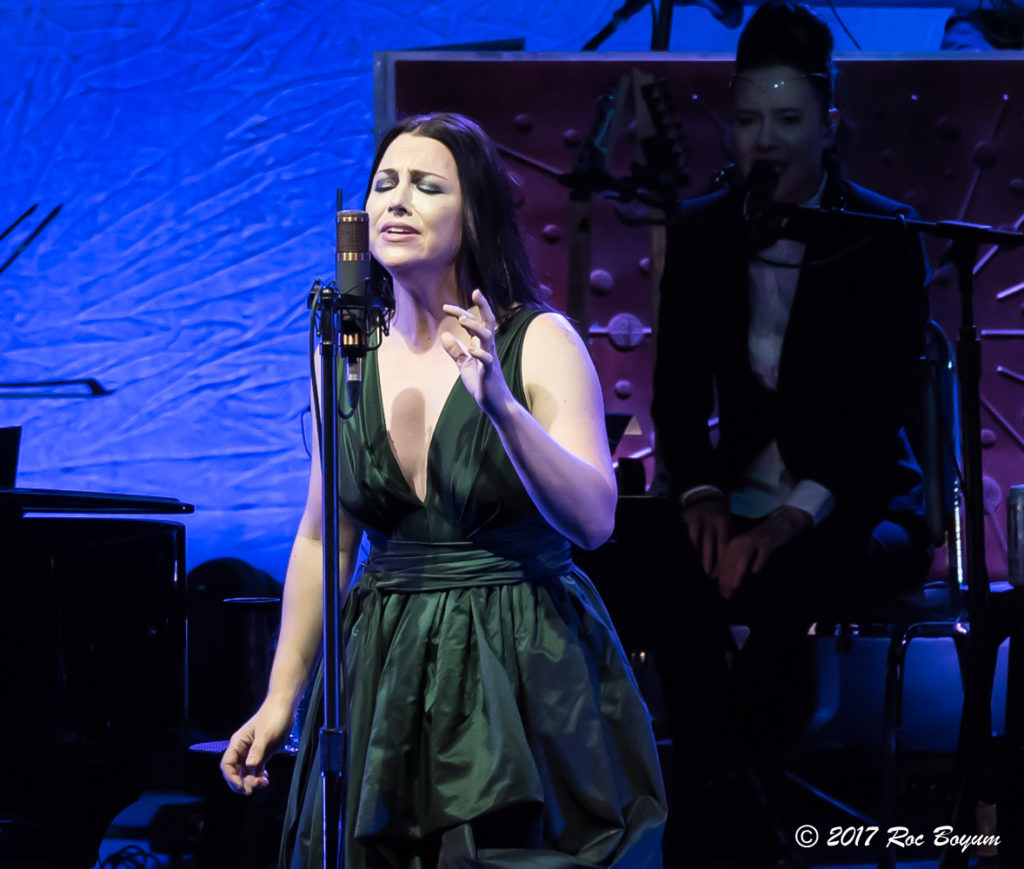 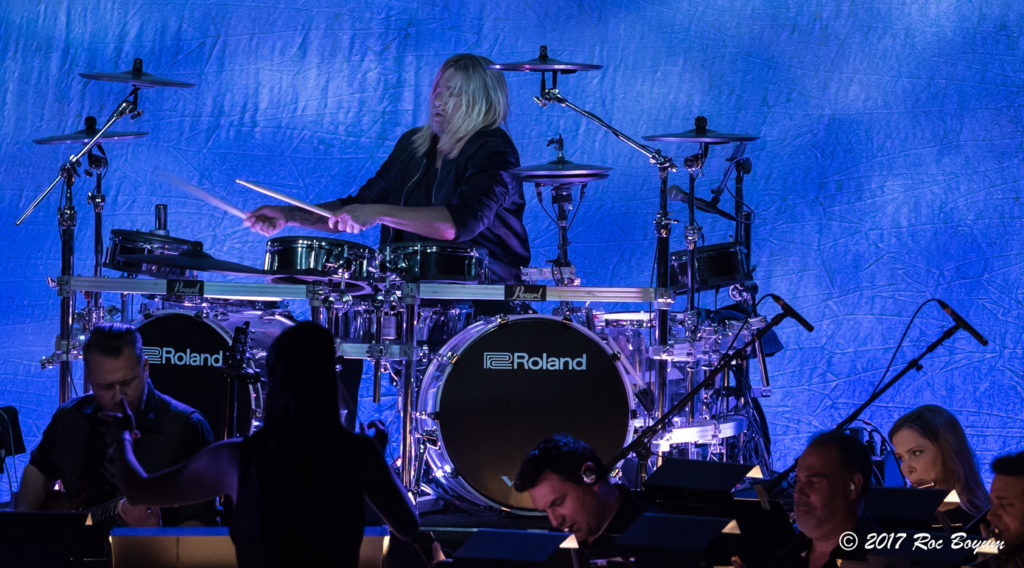 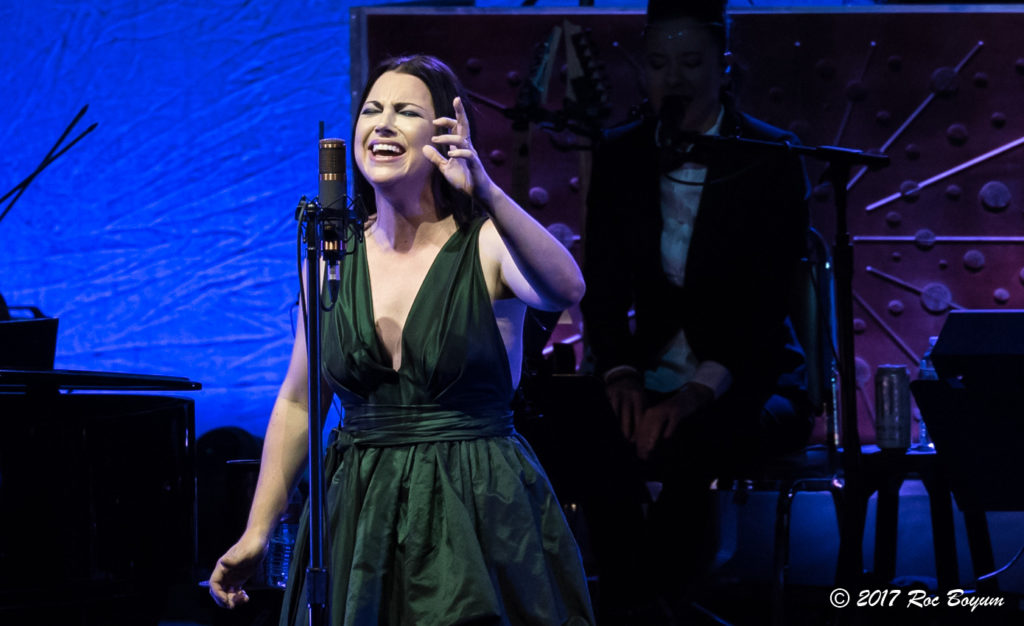 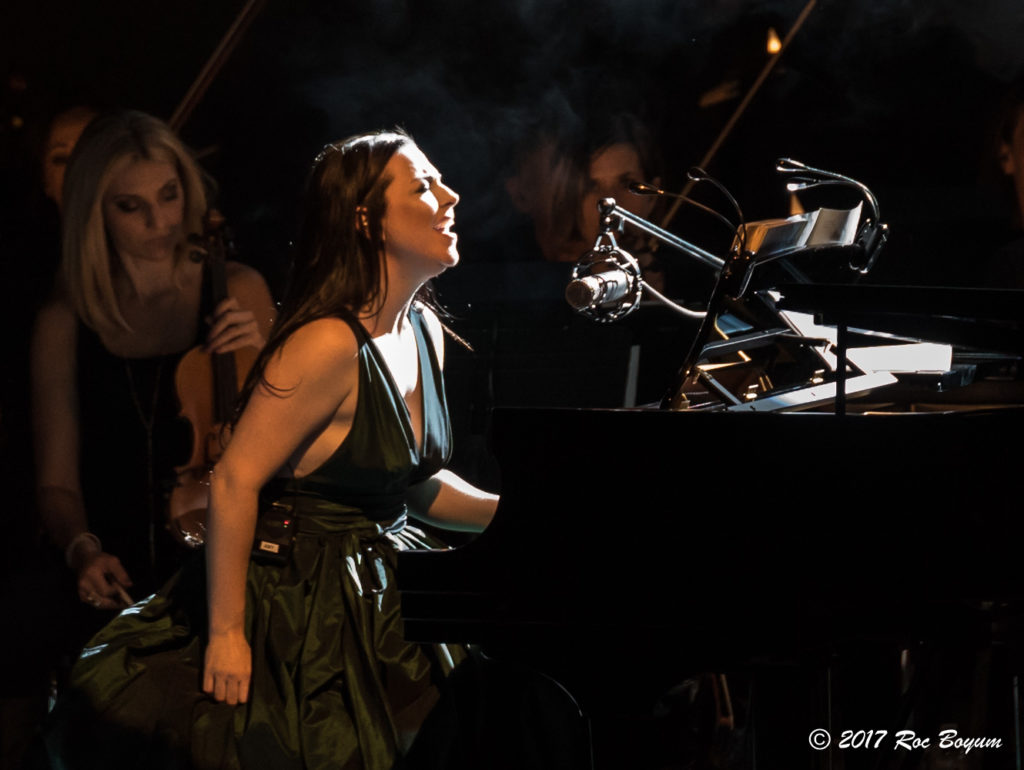 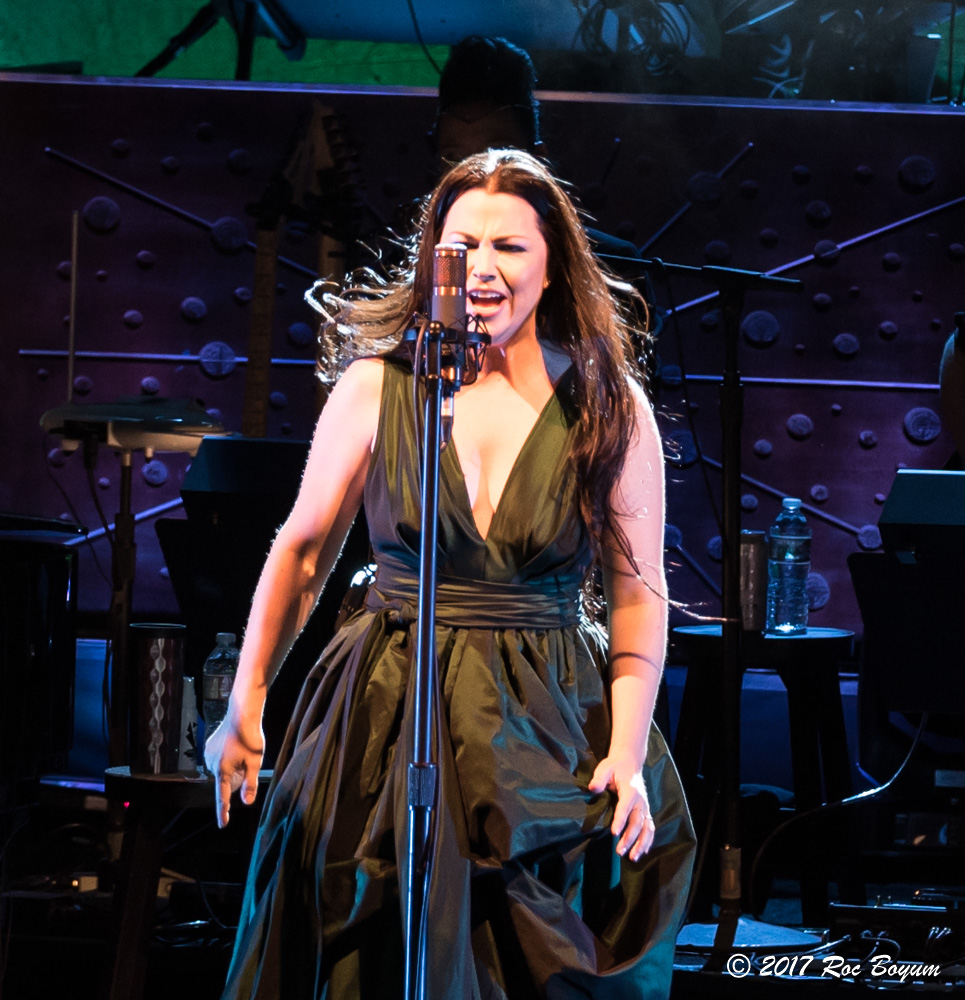 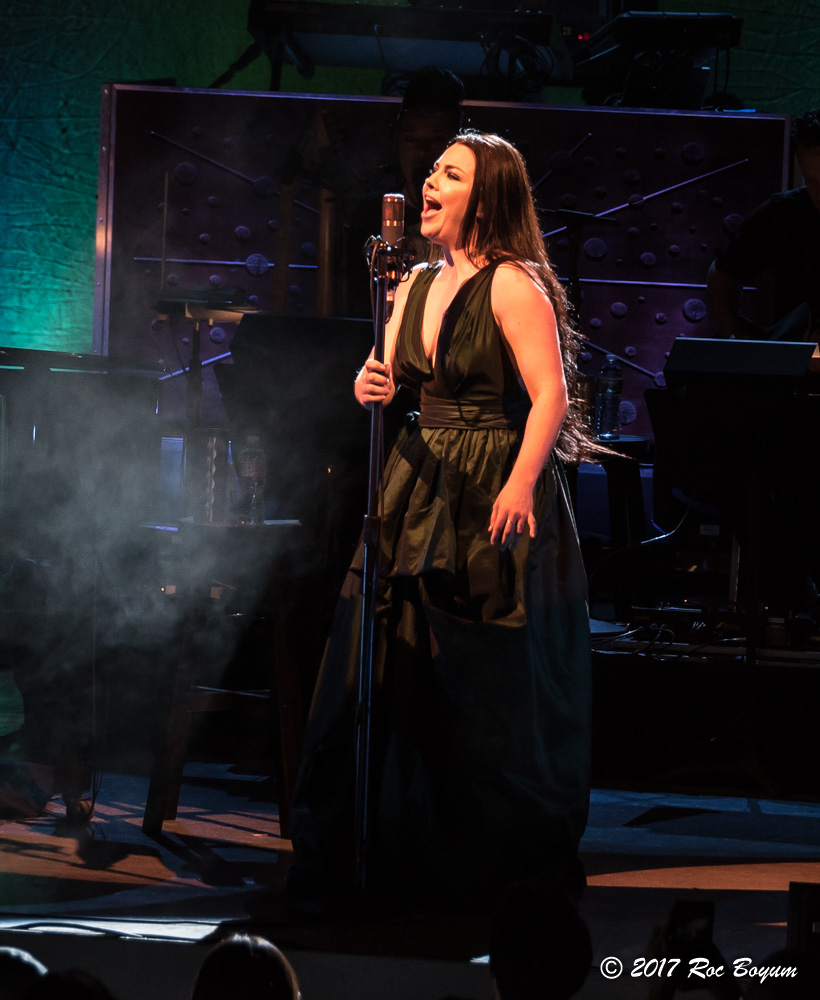 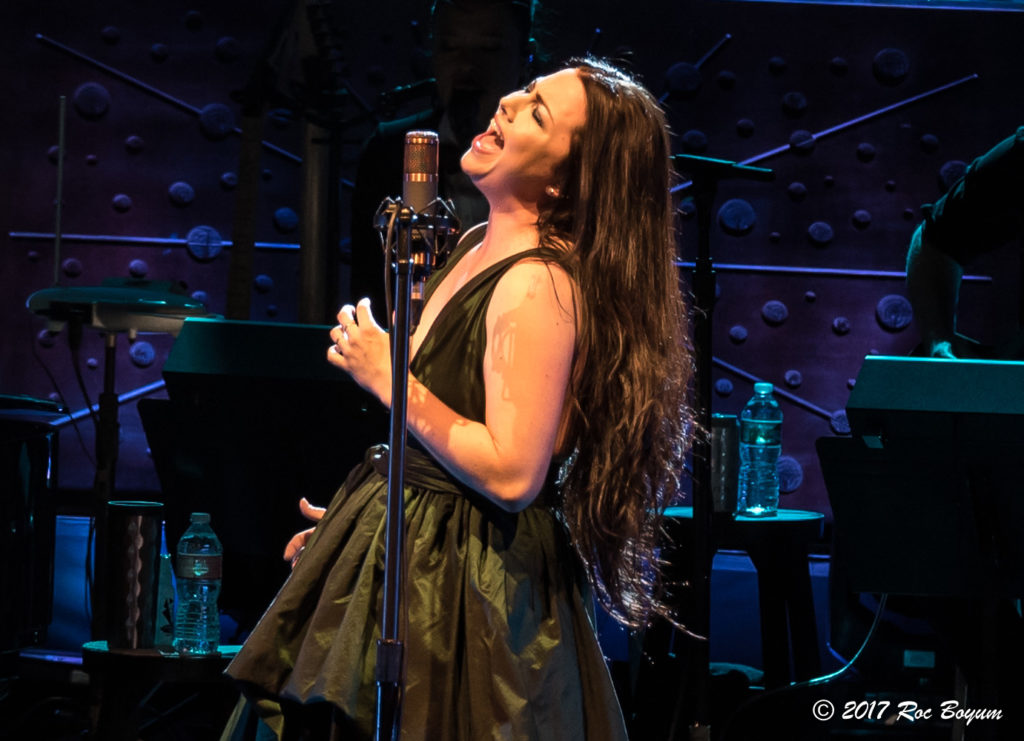 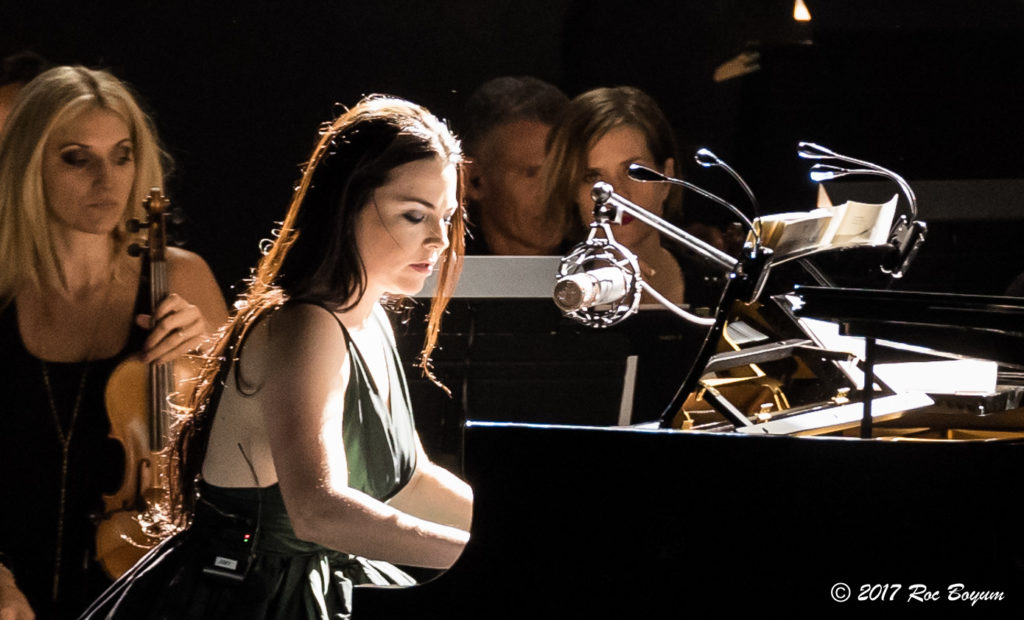 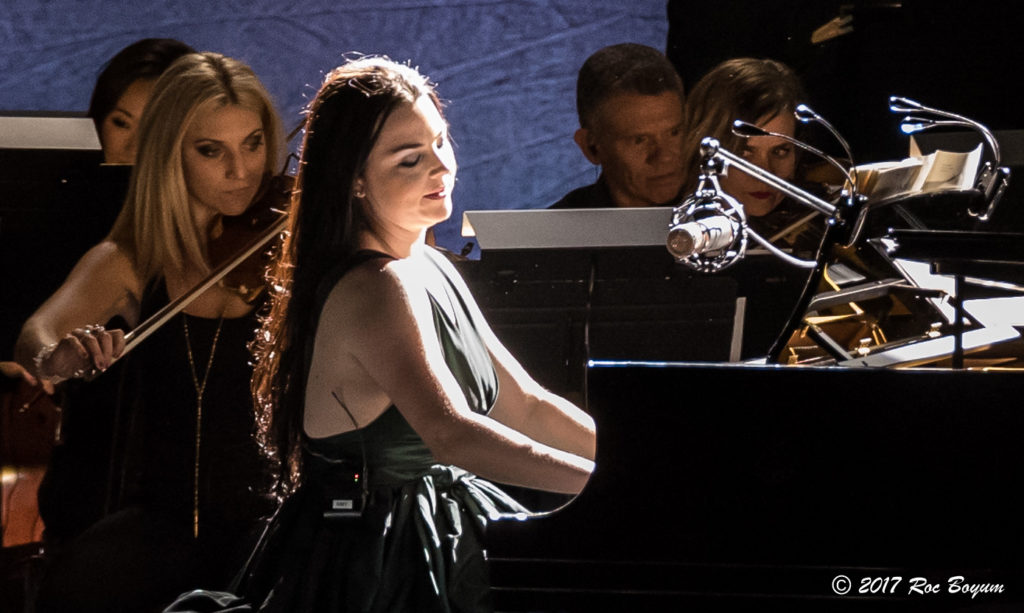 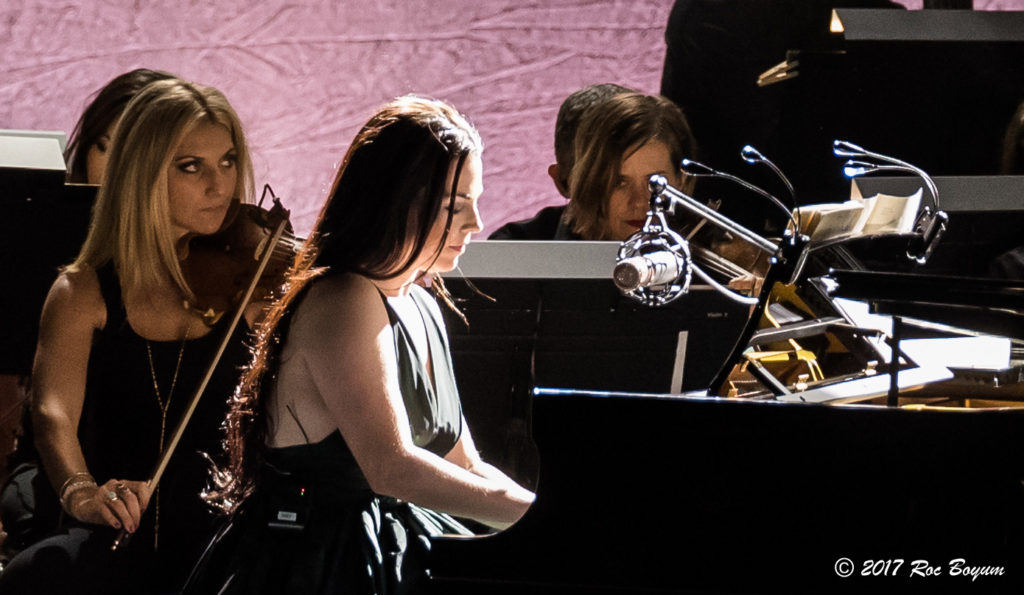 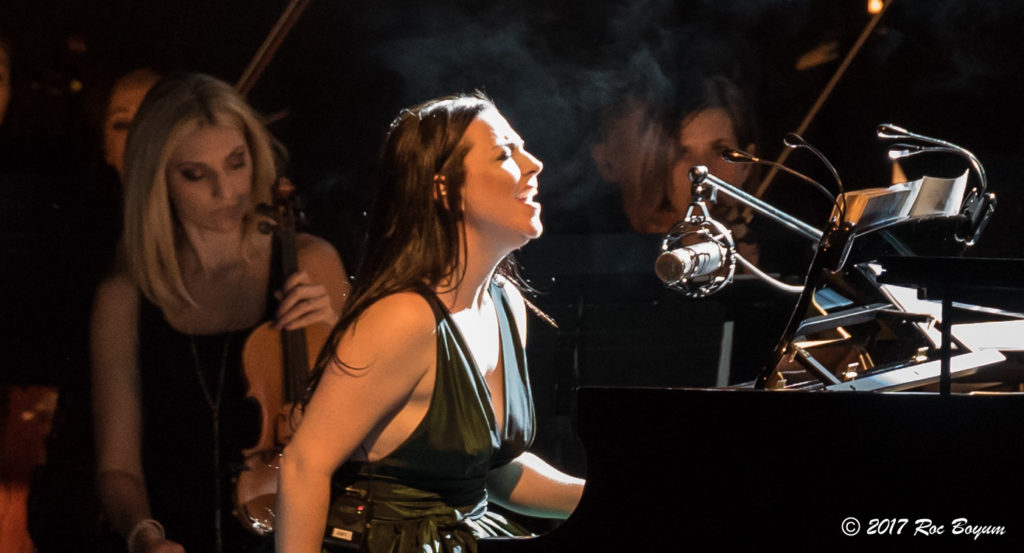 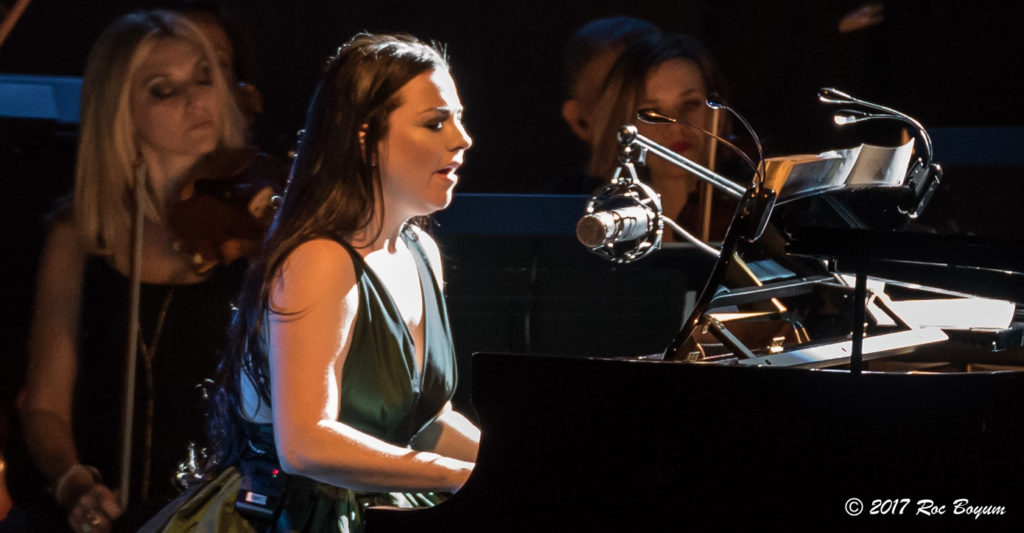 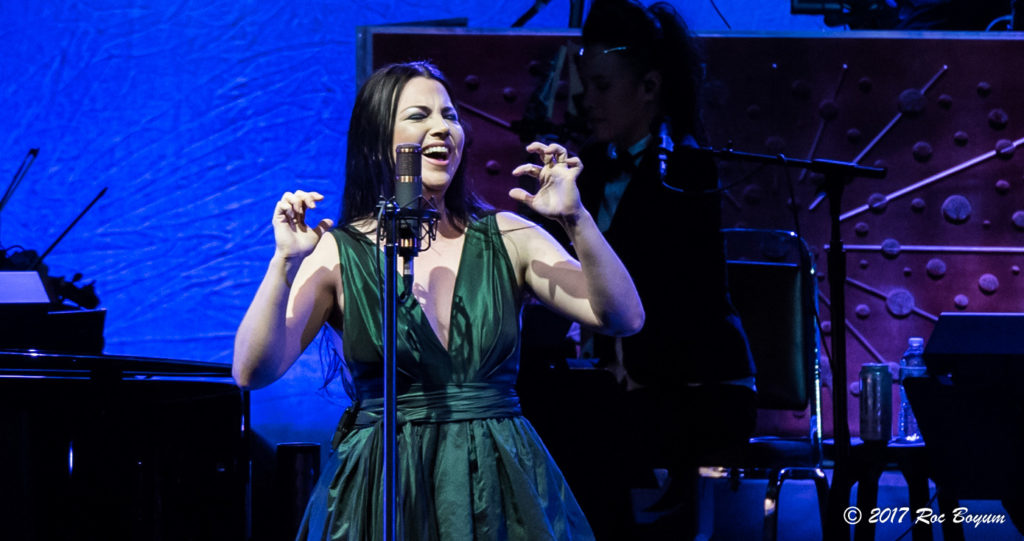