Los Angeles based metal masters, Exmortus completely tore up the House of Blues (HOB) Anaheim stage with a heavy dose of their neo-classical extreme thrash metal.

Exmortus has had some major line-up changes over the years but with the addition of Chase Becker on guitar and Adrian Aguilar on drums, they’ve never sounded better.  Becker blends perfectly with guitarist/vocalist and founding member, Jadran “Conan” Gonzalez and together their combination of alternating and dual lead mastery makes Exmortus a top shred metal band. Aguilar, works in synchronization with bassist Phillip Nunez to create some tasty and badass grooves that are intricate, heavy and are the driving force behind the two shredding guitar masters.

Check out the video for the title track to their 2019 release, Legions of the Undead:

On this night, the band’s fan base showed up as a unified force, pumping their fists and cheering, throughout the band’s set. The manic fans were like the front line of a Viking battle horde at day-break mounting their charge into battle.

The band played a mix of their older material and material from their latest Legions LP. Lead singer Gonzalez introduced “Swallow Your Soul” from their “Legions” LP that further ignited the already raging circle pit on the HOB floor. In the guitar solo for Swallow Your Soul, the two guitarists were side by side, with one facing forward and one facing backward. Each guitarist had his guitar behind his back and with the two guitarists facing opposite each other. From there, the two guitar shred masters executed their own solos on the other guitar player’s guitar; beyond impressive indeed and something you’ve really got to see to appreciate. 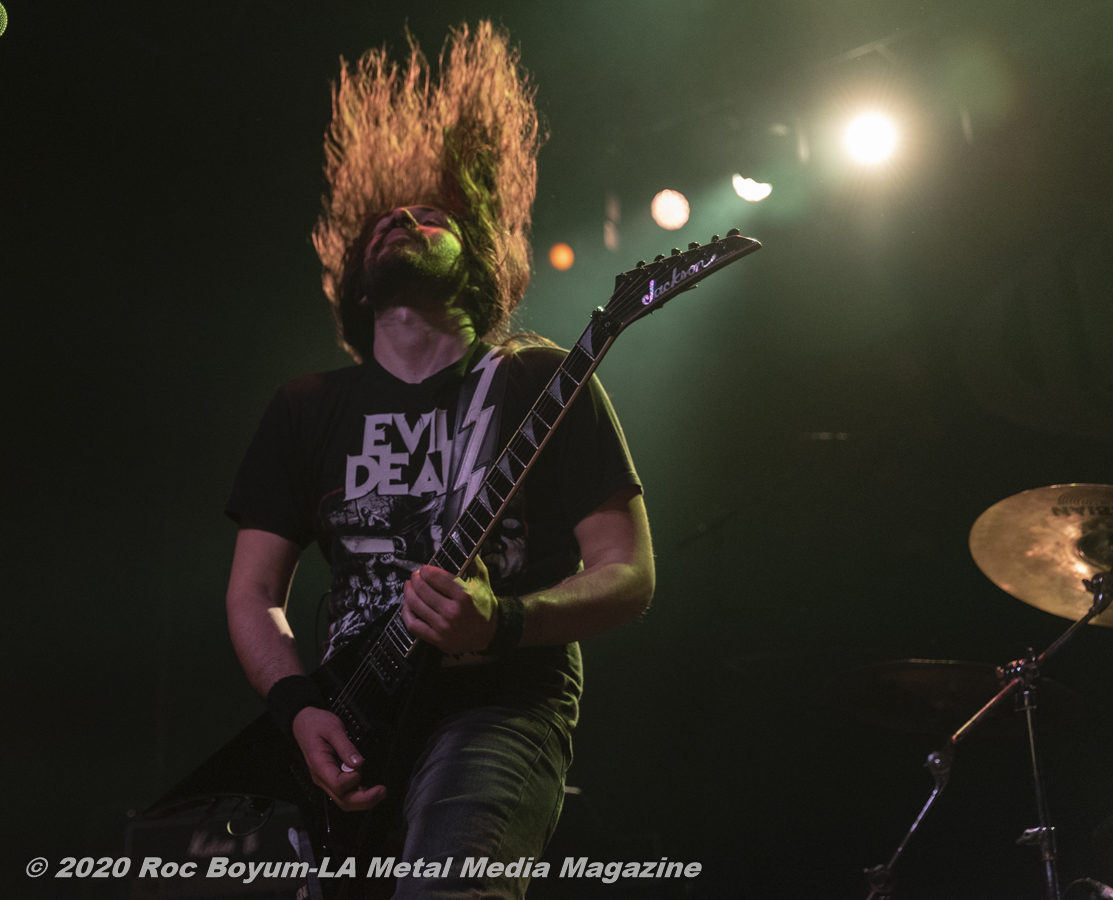 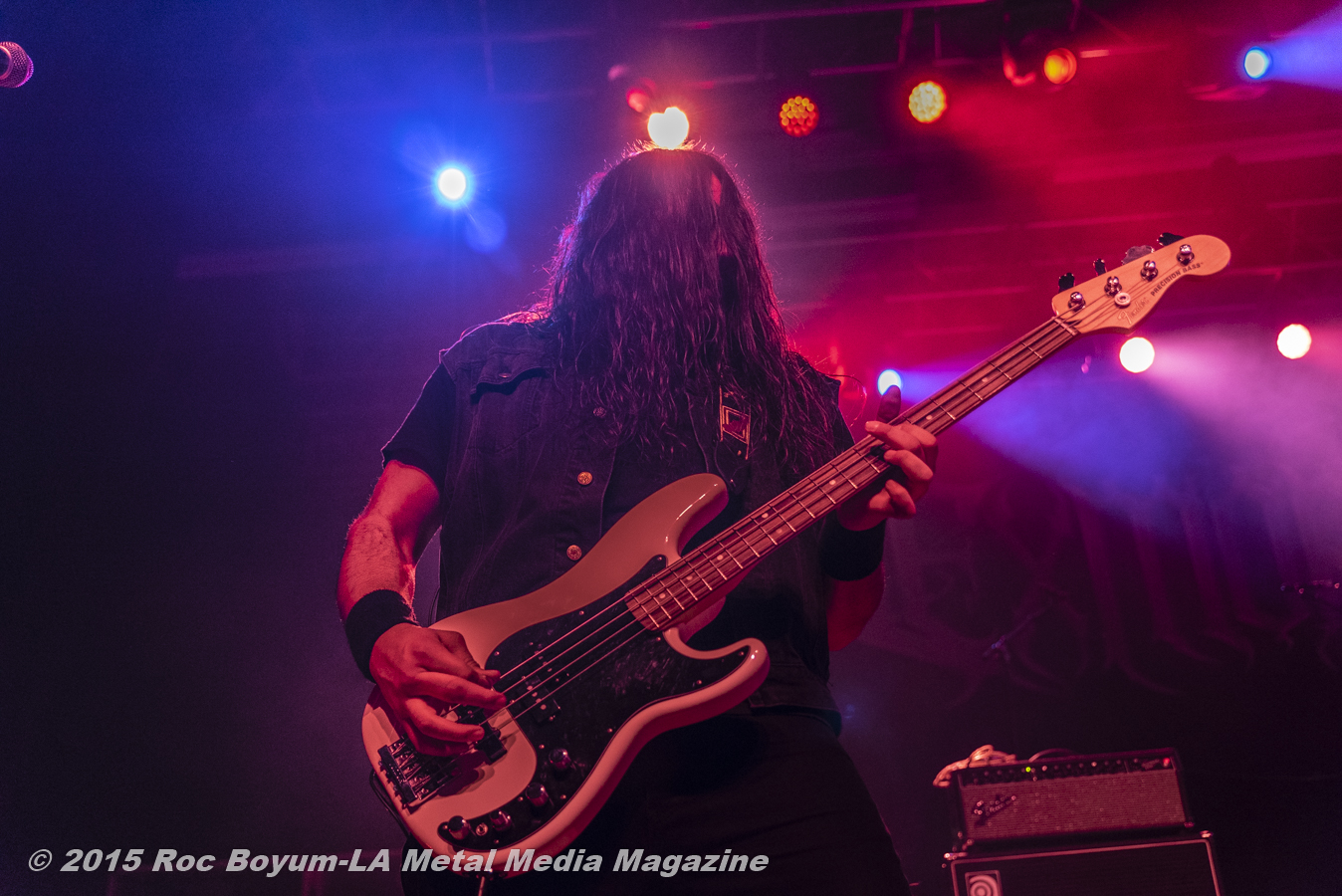 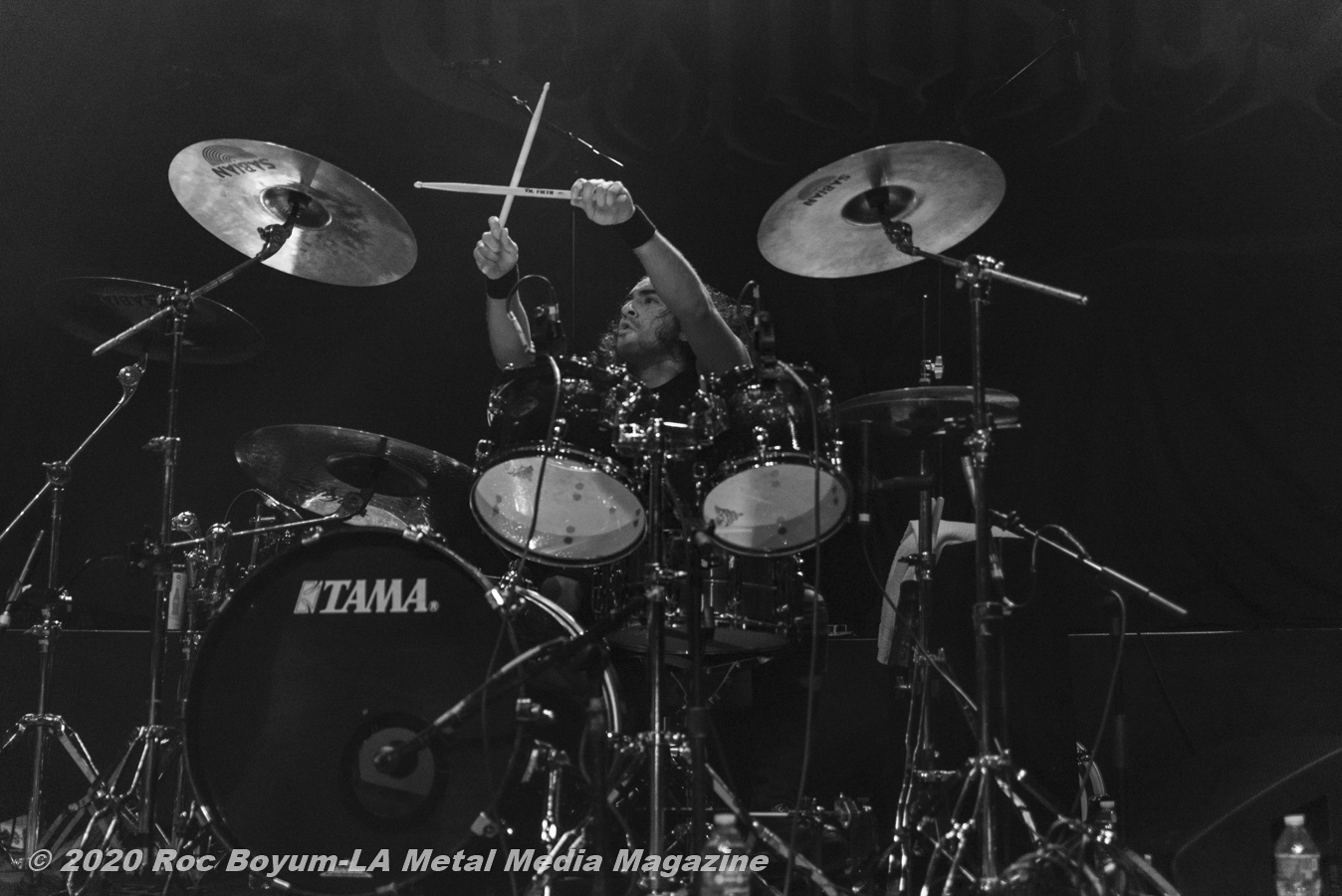 If you like your guitars fast and shredding and your rhythm section to be bombastic technical wizards, then Exmortus is your band. Get out there, check these guys out live and do your own shredding; in the pit!