It was a Special Night in Los Angeles when Guitarist Glenn Tipton rejoined his JUDAS PRIEST band mates on stage Sunday night (April 22) at the Microsoft Theater in Los Angeles, California to perform the concert’s three-song encore: “Metal Gods”, “Breaking The Law” and “Living After Midnight.” 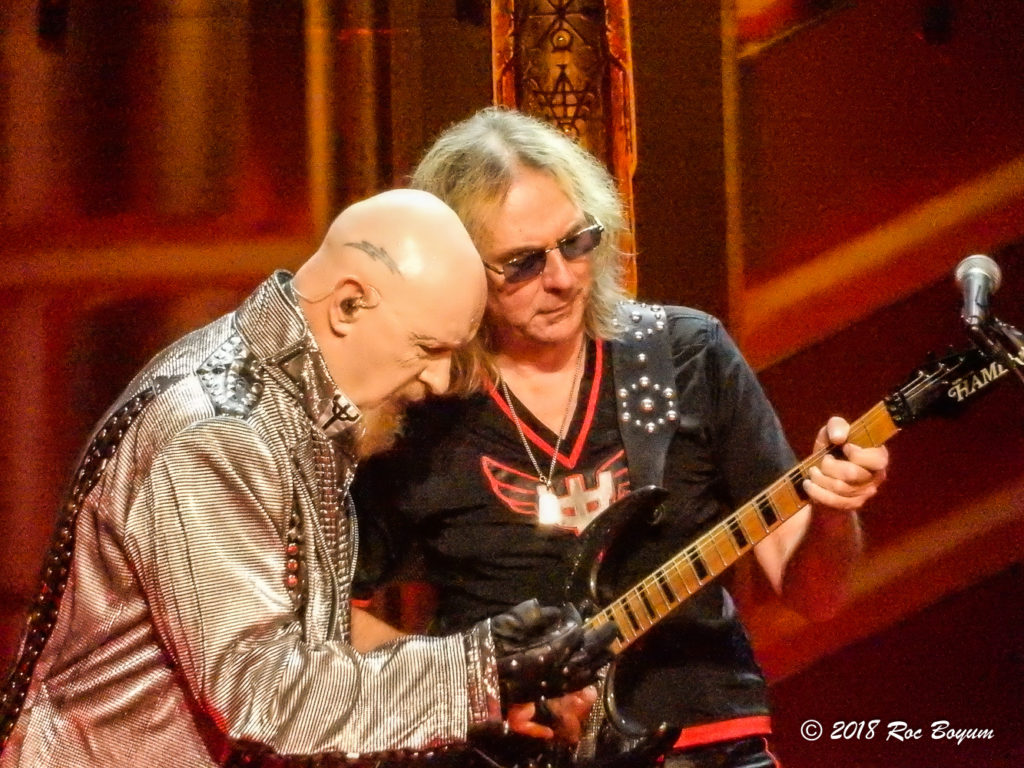 Next up, a blazing set by English Metal Masters, SAXON with a set that consisted of 12 songs, mixing classics such as Denim and Leather, Wheels of Steel and This Town Rocks with songs off the new album, Thunderbolt.  Biff Byford commanded the stage, while the band, driven by drummer Nigel Glockler unleashed their brand of heavy metal mayhem on Los Angeles. Saxon put on a stellar show of classics and great new material indicating to the fans that this band with a 40 plus year history has no plans of slowing down any time soon!!!

Power and the Glory

They Played Rock and Roll

Princess of the Night 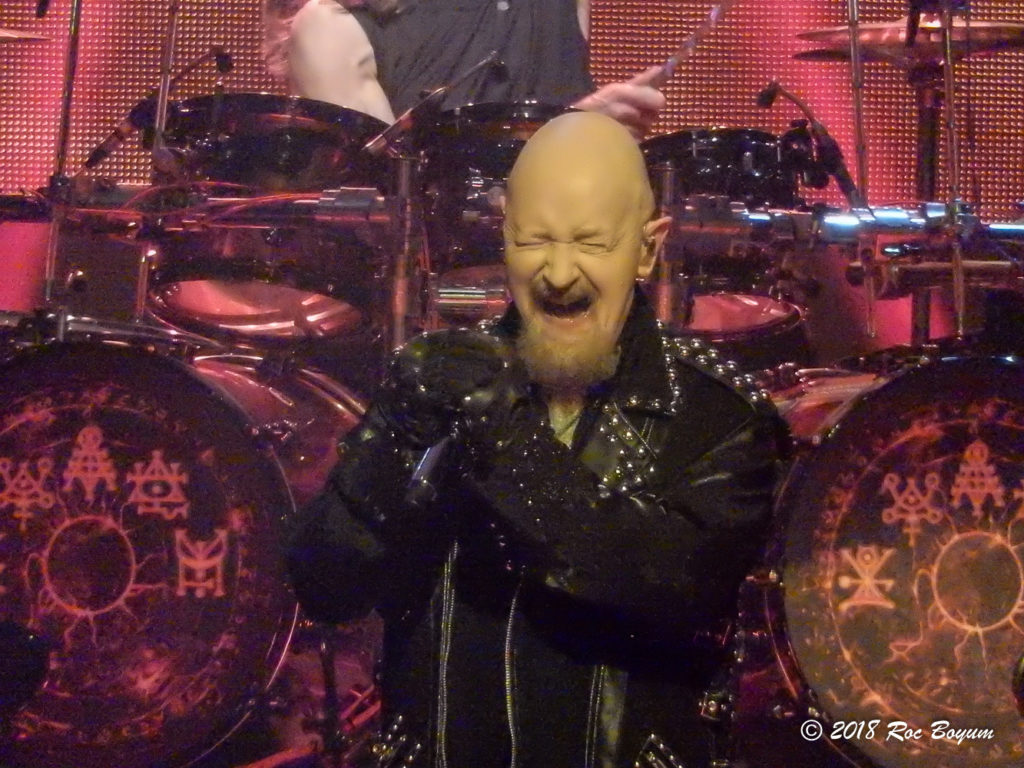 Then the backdrop changed and Black Sabbath’s Warpigs came over the loudspeakers, igniting the entire Microsoft Theater crowd into a collective Warpigs sing along in anticipation for the band to take the stage; There was no question that the night belonged to Judas Priest.

In support of their new Album Firepower, the band opened the show with the title track from that LP, setting the Los Angeles crowd on fire. Halford’s voice was in top form while the entire band emanated a relentless energy that seized the entire audience with the power of a strangle hold from the first moment they landed on stage to the very last note of the night. The band set the Microsoft Theater ablaze with songs from Firepower like Firepower, Lightning Strike and Evil Never Dies along with Priest classics like Freewheel Burning, You’ve Got Another Thing Comin’ and and Hell Bent for Leather. 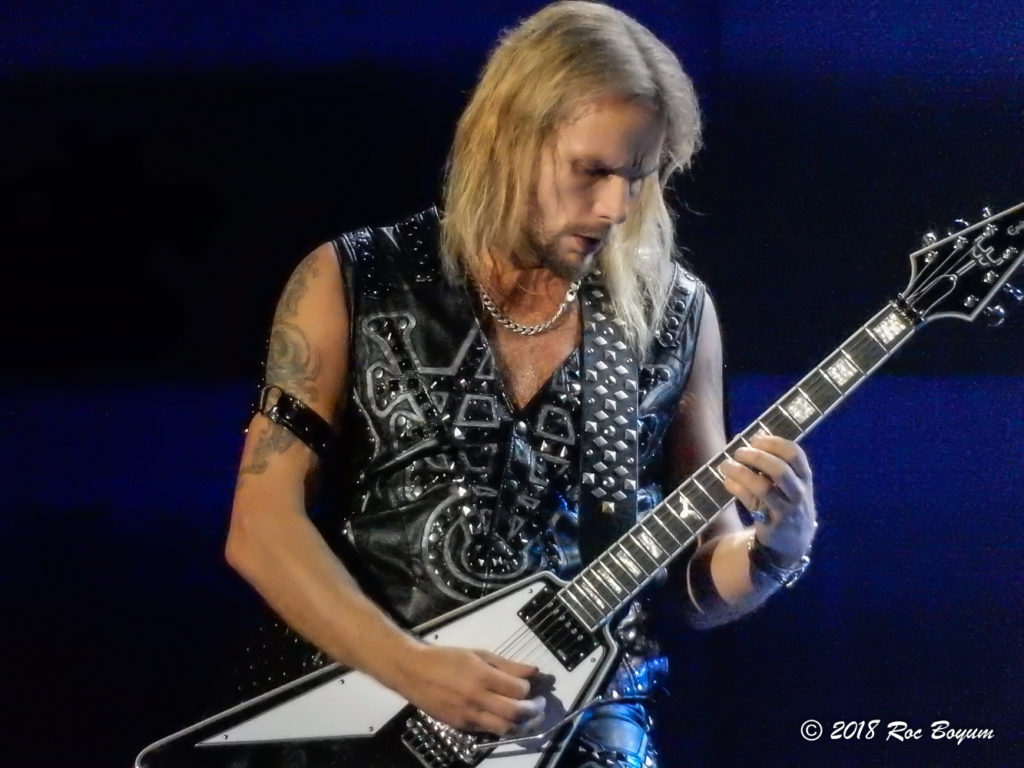 The Amazing guitar prowess of Richie Faulkner continues to push the band to new heights without limits. The intense energy of drummer Scott Travis combined with the heavy driving bass of Ian Hill continued to drive the band with a thunderous force throughout their set. Guitarist Andy Sneap also known as the co-producer for the Firepower LP was in top form as he faithfully reproduced Tipton’s great guitar parts.

The real magic happened when Tipton himself walked out onstage to join his band mates in the 3-song encore of Metal Gods, Breaking the Law and Living After Midnight; a perfect end to an incredible night. 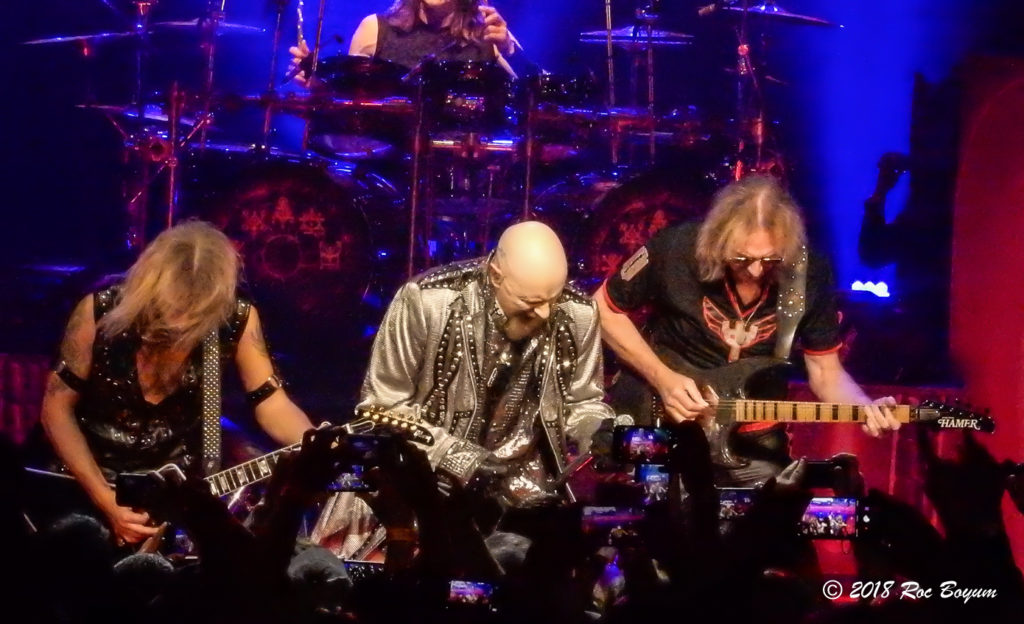 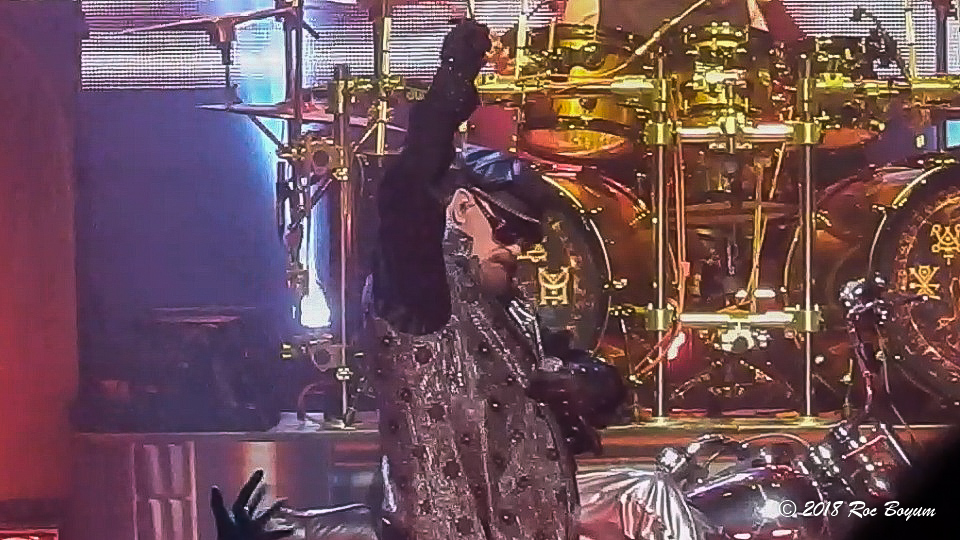 After weeks of anticipation for the arrival of Judas Priest, the band’s performance exceeded all expectations while simultaneously shredding any and all reservations that some may have had about the band’s ability for this lineup to carry on.  The new songs seemed to light up the band and breathe new life into the already relentless and classically heavy set list. In addition to bringing so much Firepower to the stage, the band really appeared to be enjoying what they do, and they have a genuine appreciation of their fans.  Like Halford said to the audience, “we wouldn’t be here if it wasn’t for you.” A sincere thank you from the Metal God himself. 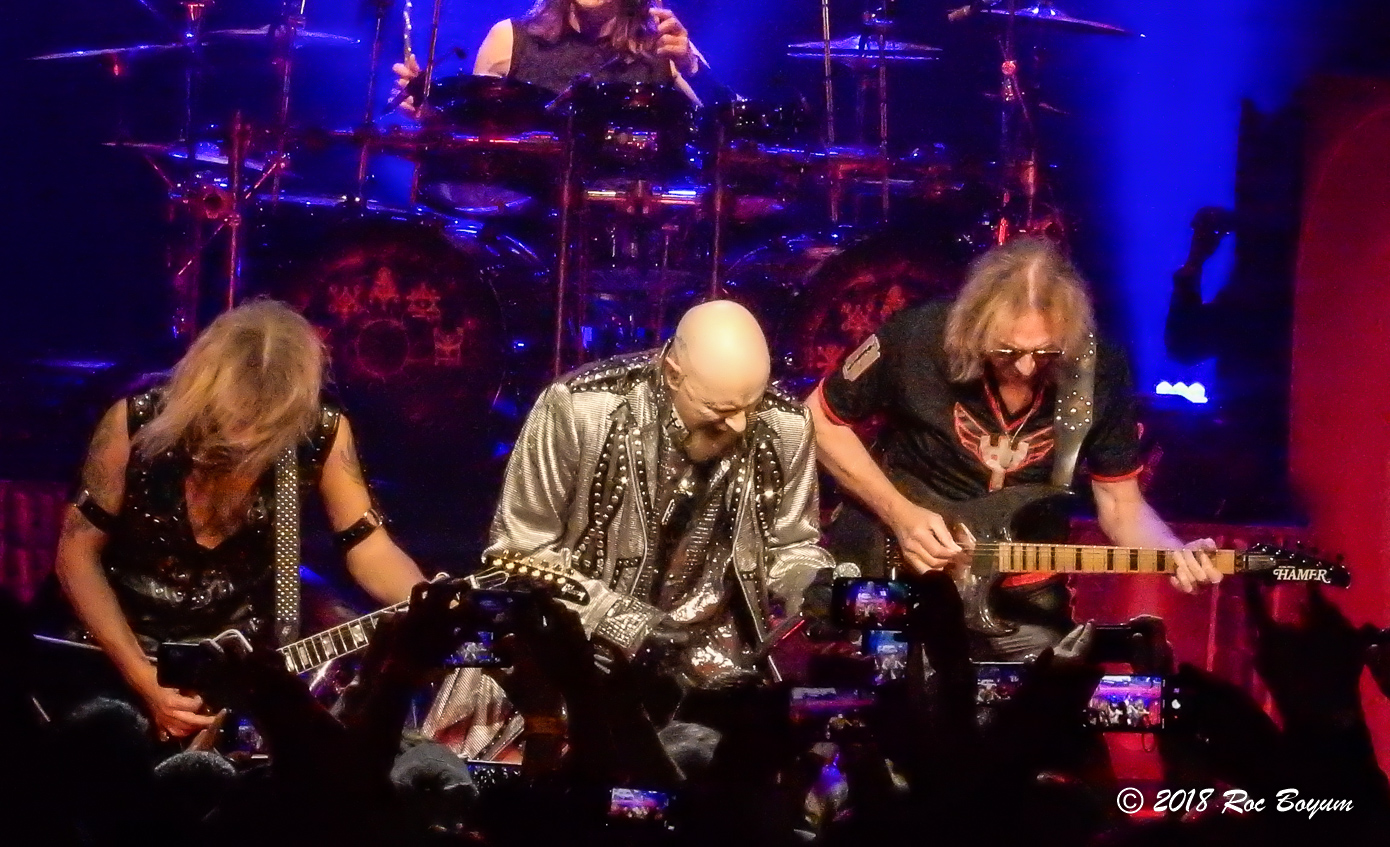 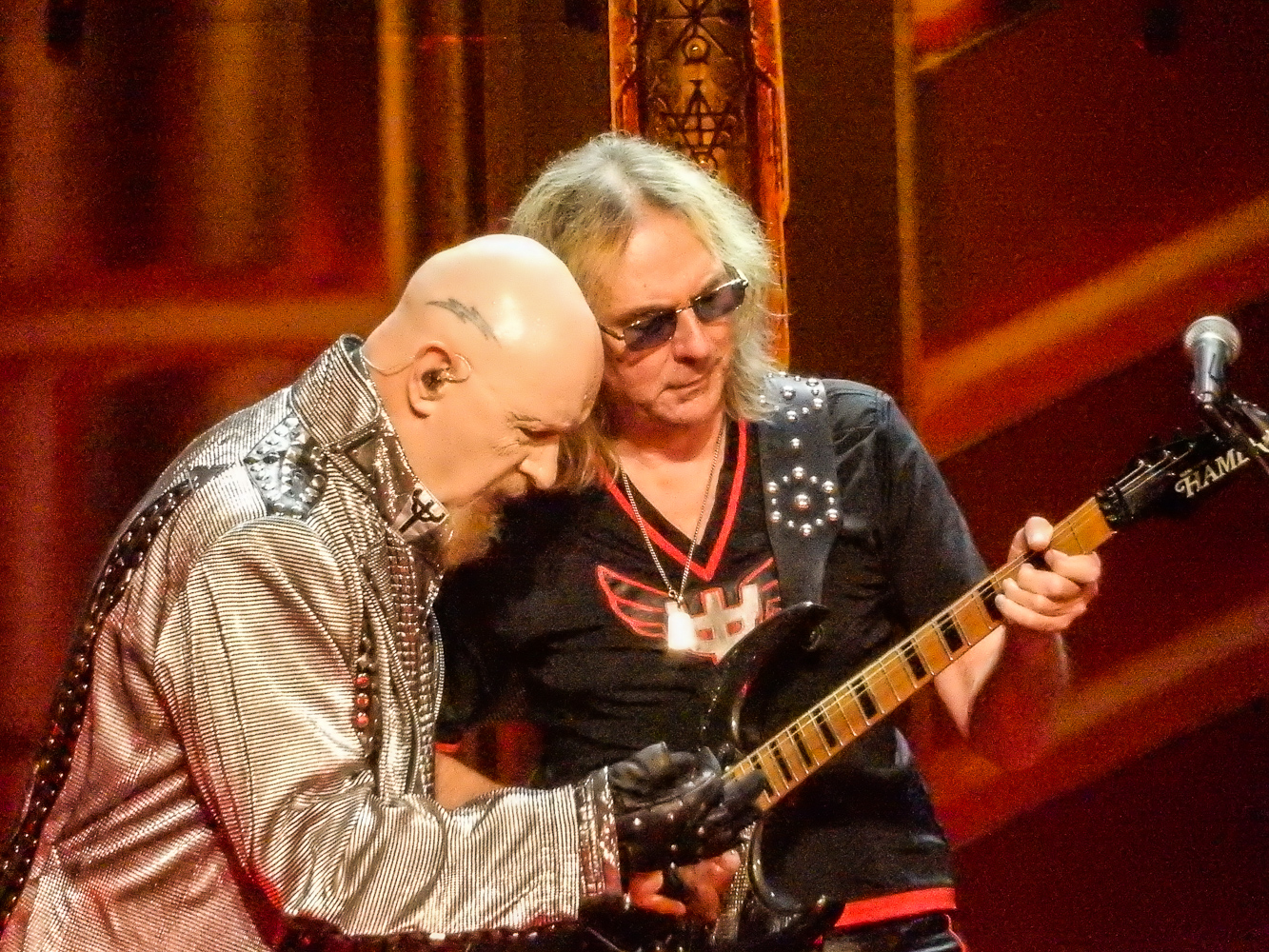 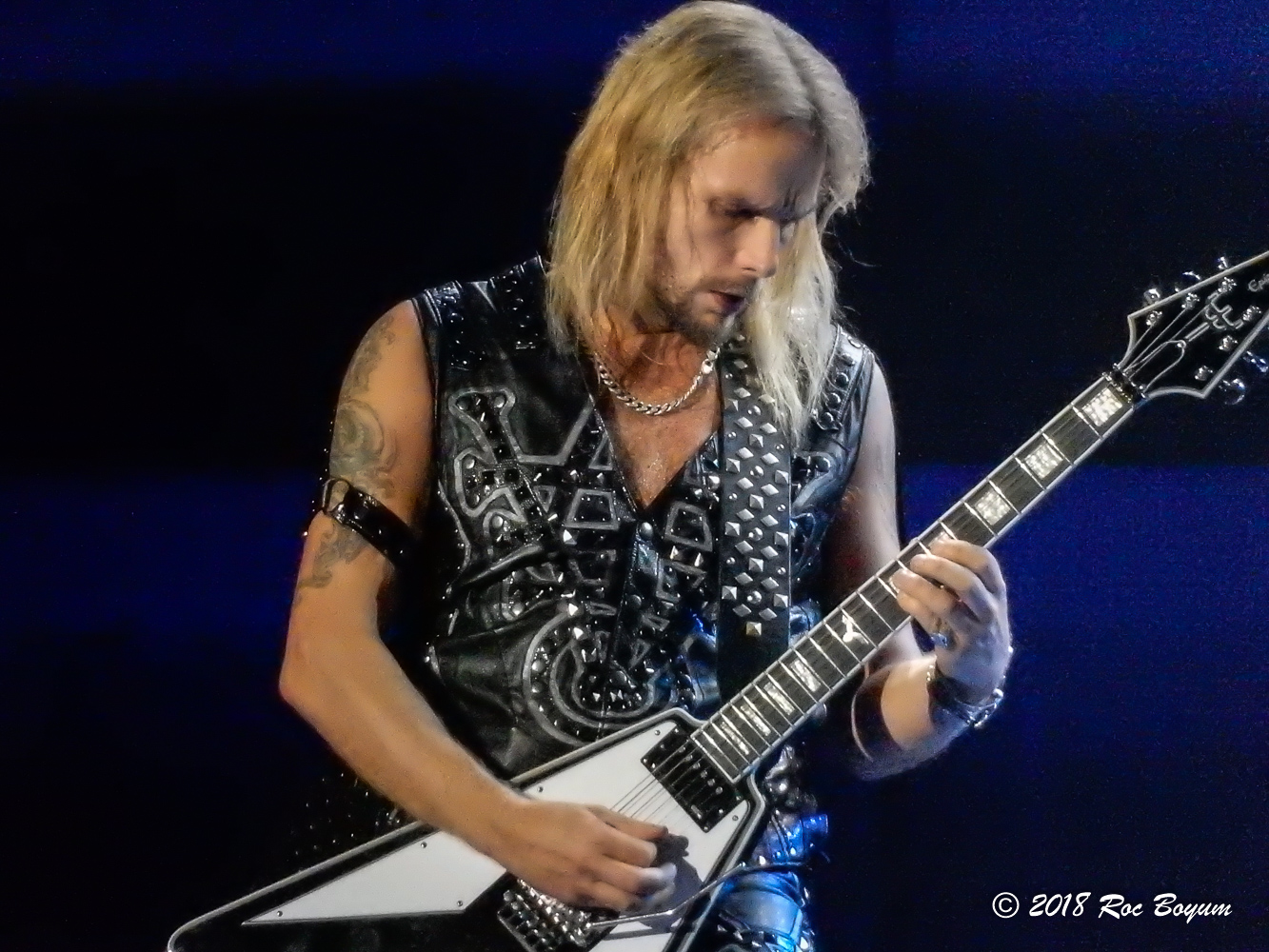 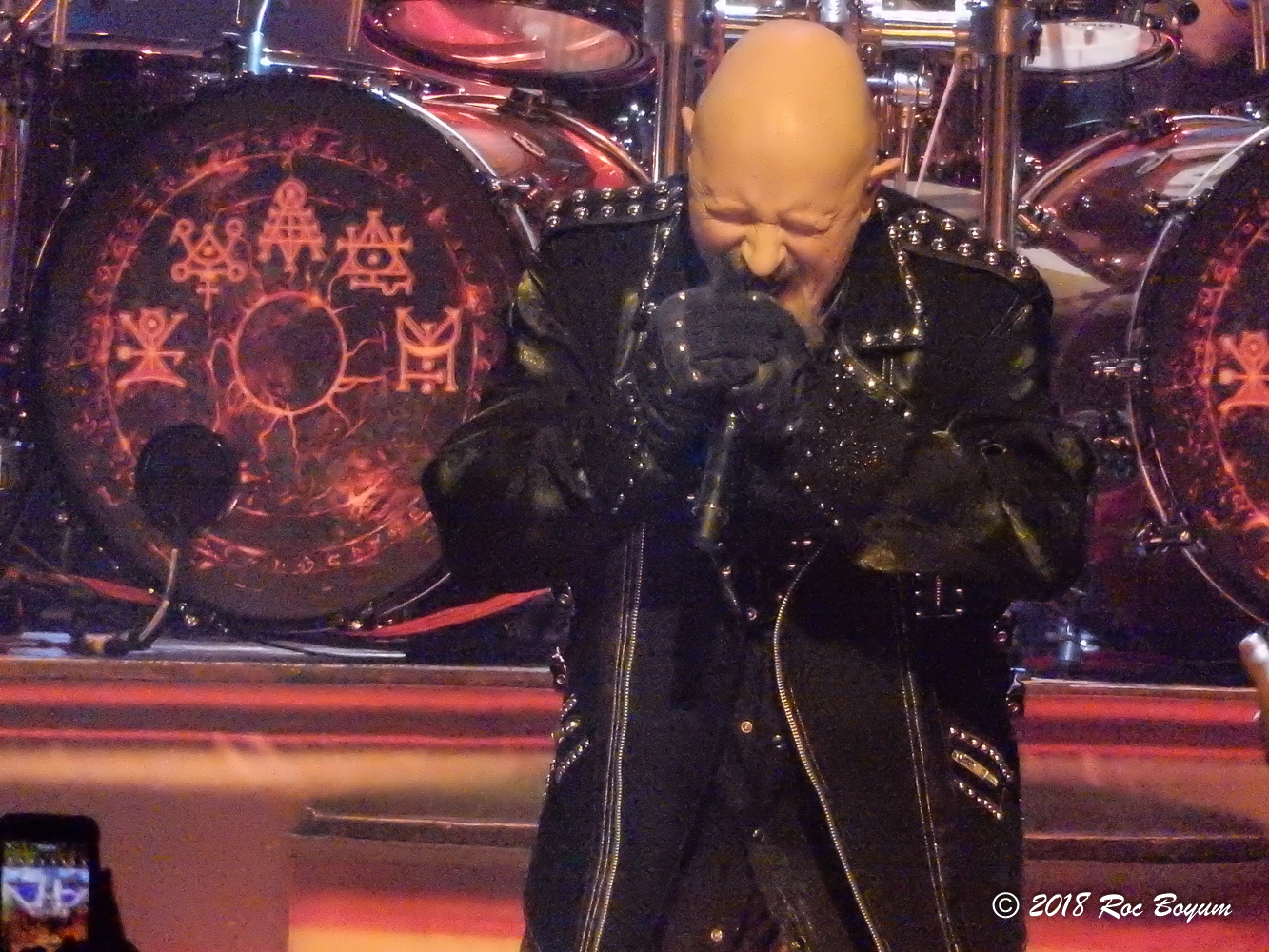 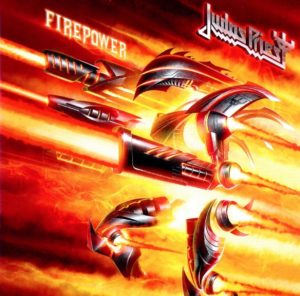