Interview With Eddie Trunk of “That Metal Show”

An in-depth interview with Eddie Trunk and Allie Jorgen For LA Metal Media.

AJ : You have been called the Ambassador of Metal and Hard Rock, was there a certain event that made you decide to become the Hard Rock Metal Historian that you are today?

Eddie: I just always had a huge love of music and all aspects of it. The first rock band I ever heard was called The Raspberries. That got me consumed with music as a little kid. Then came Kiss and it was game over. My world was ruled by Kiss for a few years then I gradually discovered other hard rock. I knew I wasn’t going to be a musician but wanted to be around music. So I worked in all areas of the business and media learning the ropes and building a trust with many artists. I think just being in and around it so long and being consistent gets me the accolades that comes with it.

AJ: Can you tell us how That Metal Show came to be?

Eddie: I worked for VH1 Classic as a host since 2002. I was one of their first VJs. I had always worked them to let me do my own show. In 2008 they gave me that chance and TMS was born. Don & Jim were friends. I brought them into the show when the network suggested we have more then one host and some guys that could add a different flavor. It’s been a great ride and has turned into something bigger than I ever imagined. And it’s great working with friends and so many great artists.

AJ: Tell us about your first book, Eddie Trunk’s Essential Hard Rock & Heavy Metal and the story behind Rob Halford of Judas Priest writing the introduction for this book?

Eddie: I have a friend named Neil Casal who is a musician. He connected me with my publisher Abrams who had wanted to do a book on metal. My books are a mix of photos and personal stories. Rob was the obvious choice to do the forward. Priest has been great to me over the years. They even played a private for me for the anniversary of my radio show. Rob and I are friends and I was honored he was willing to do it. If you are doing a book on metal who better than the Metal God!

AJ: Your first book; Eddie Trunk’s Essential Hard Rock & Heavy Metal and the Vol 2 sequel have been getting great reviews;

Eddie: The sequel has done well and features all different bands not in Volume 1. Slash was nice enough to do the forward for that.

Eddie: I will do a 3rd book but it might be my autobiography as oppose to a 3rd volume of Essential. But I haven’t decided yet. I have many stories still to be told people would likely be surprised by…


AJ: How are you involved with the SiriusXM Satellite Radio Show Hair Nation ?

Eddie: Like both of my radio shows I have total creative control over what I do. The satellite show is one of the few live music based shows on the platform. It is a mix if music and talk which I think is very important to do now. Radio that is different than just music. I love talking with people and having many great guests in every Monday. It amazes me how many people plan their Monday to hear that show. I have nothing to do with the channel beyond my 4 hours a week. I started on XM in 2002 on Boneyard and moved to Hair Nation after the companies merged. I call it Trunk Nation because my show is different and I’m not a fan of the “hair” term.

AJ: Please tell us your view on how the music industry has changed in the last 5 years and the impact it has made on all the bands you have worked with?

Eddie: The biggest thing by far is the demise of music sales in all formats. As a result more bands than ever tour. Some over tour. I think that the trickle down from the lack of music sales has many levels to it. The over saturation of live shows is one of many .

AJ: LA Metal Media has many RUSH fans, can you tell us a story about your first
meeting with the band?

Eddie: I have done many things with the guys over the years. Great people. Had the chance to watch their sound check on the most recent tour. Geddy and Alex were nice enough to guest on TMS in the first season. That was a huge help in showing the reach I could get for TMS in the early days.

AJ: For new bands starting out, what advice would you give to them?

AJ: Where do you see yourself in 5 years?

Eddie: Hopefully doing what I am but bigger and better. I’m always looking for new and more outlets. I’ve been doing this 33 years. Hoping to stay in at least another 10.

AJ: You have an incredibly busy schedule attending Summer Festivals,your Radio Shows and filming That Metal Show, just to name a few; How do you find time for your Stand Up Tours across the US?

Eddie: Just balancing everything best I can. I love meeting people and fans. The speaking and Q&A live shows are a blast. Everyone loves to do stump the trunk and I do bring prizes. It s just a fun hang with the people that keep what I do alive and I do them when I can.

AJ: Tell us about the different dynamic for you as an artist working with a Television audience like on “That Metal Show” as compared to working with the audience you have doing your stand up Comedy Show like at the Fuzion Club gig here in Orange County.

Eddie: Well my solo shows like at Fuzion are more Q&A and stories. Some funny. But not really comedy per se. TMS has a live studio audience so I’m very comfortable in front of people and we have fun at the club shows. I love hearing questions and debating things .

AJ: Will you have some surprises for us on at your Fuzion Show?

Eddie: Not sure yet. You never know who might show up ...

AJ: Thank you so much for taking the time to talk to LA Metal Media, and thank you for everything you do to keep Hard Rock and Heavy Metal Alive. Do you have anything else that you would like to add?

Eddie: Thanks. All my live dates on http://eddietrunk.com/. Hope to see everyone. 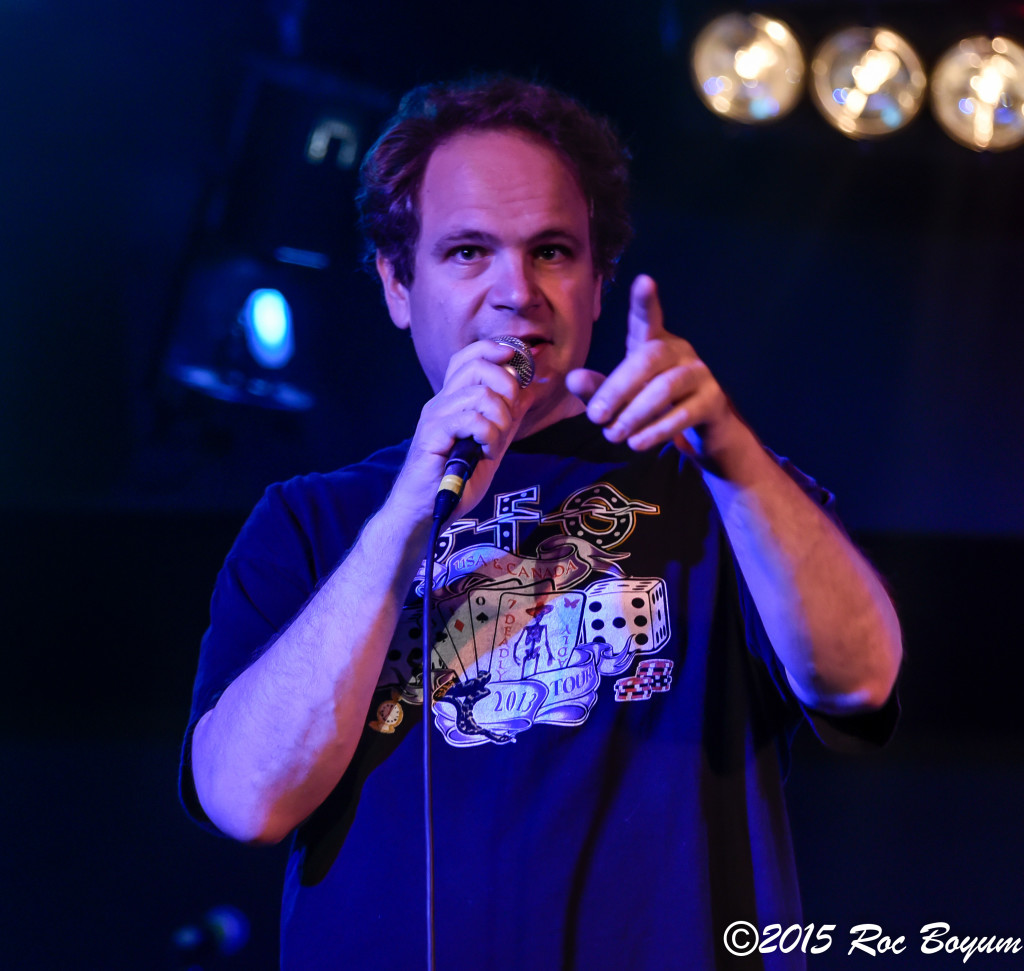