Kamelot Tear It UP At The Regent Theater Los Angeles

Kamelot Tear It UP At The Regent Theater Los Angeles and this night was no exception. With their power/symphonic metal, Kamelot, with their relatively new front man Tommy Karevik and guest singer Kobra Paige from (Kobra and the Lotus)  charged in with a pounding version of Veil of Elysium. From their latest LP Haven, Veil of Elysium has a great chorus melody which had the fans singing along and they continued to sing along with many of the songs throughout the night.

Karevik’s vocals and commanding presence were in great form throughout night. With his intense level of energy he can whip the crowd into a frenzy as he runs from side to side across the stage or bring the room down to a whisper as he draws the audience into his every word.

On this night, Kamelot was at their best with many great highlights including the duets with guest singer Kobra Paige on songs like Center of the Universe and Liar Liar.

The evening had an emotional moment with cell phones and some lighters waving in the air for the song Here’s To The Fall. A song that’s dedicated to Tommy Karevik’s late grandfather. 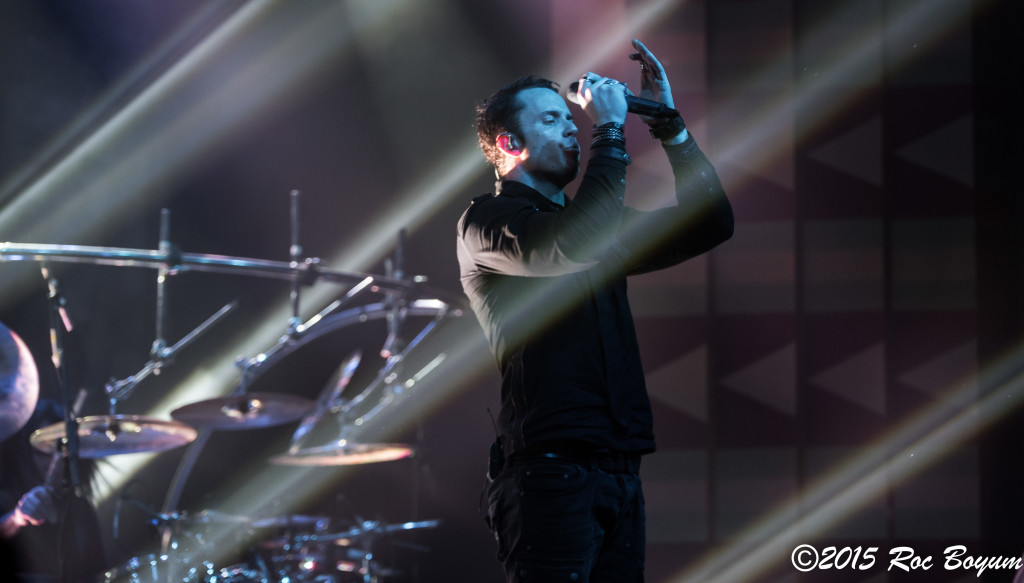 Guitarist and founding member Thomas Youngblood was on fire with his combination of soulful and blistering leads. Drummer Casey Grillo gave the audience a dynamic solo attacking his drums and cymbals with double bass flurries. Keyboardist Oliver Palotais delivered a solo that was haunting and inspiring. He would surge back and forth upon his keys like a wizard in control of all the elements around him.

Don’t miss this great band next time they’re in Los Angels you never know who might join them on stage. be sure to connect with the band on the band at http://www.kamelot.com/

Center of the Universe

Here’s to the Fall