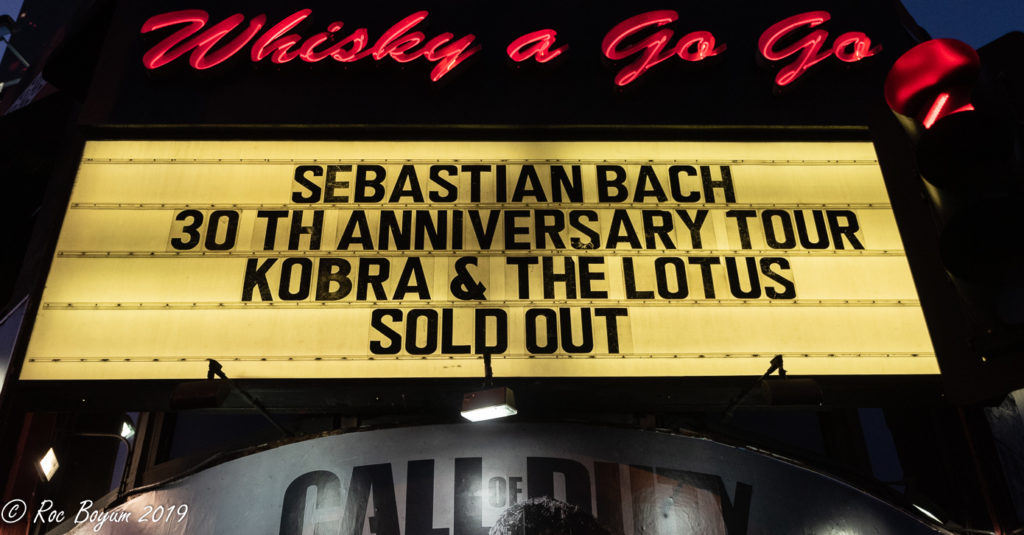 Kobra And The Lotus And Sebastain Bach Brought Brought Down The House At The Whisky A Go Go.

The world famous Whisky A Go Go on the Sunset strip in Hollywood CA hosted a monumental two night event on October 11th and 12th 2019 with the pairing of Kobra and the Lotus aka KTL and headliner Sebastain Bach. For this show there were no other opening bands, which was extremely rare for the Whisky and, historically significant for a couple of reasons. 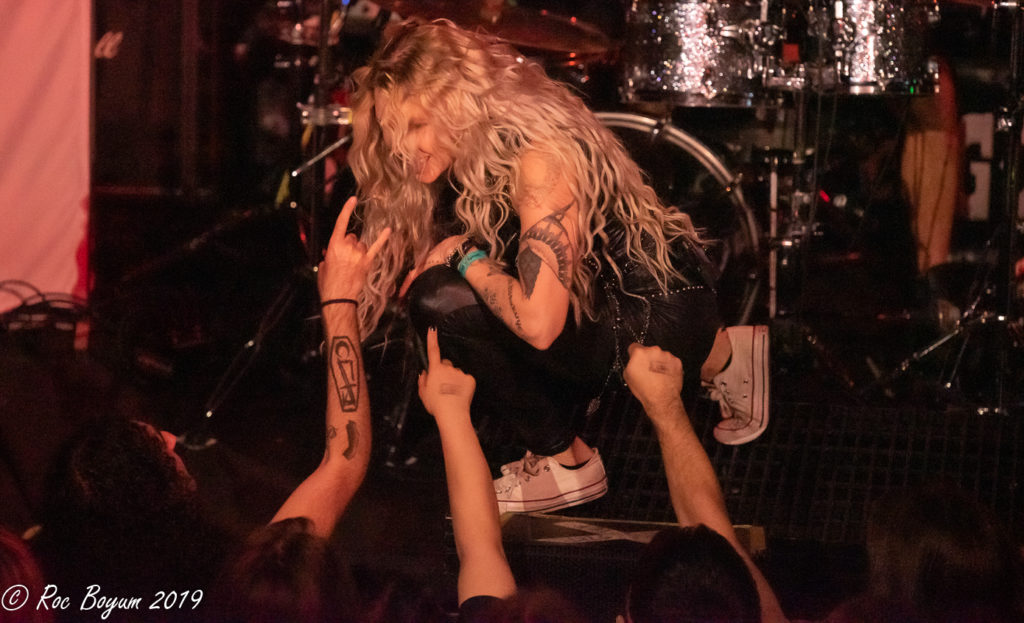 To start off, this night did not have the usual 5+ opening bands to wear down the night before the headliner(s); this show was simply a no mess around, go for the throat concert, that Whisky concert fans have been demanding for a long time. Secondly, a double bill that combined the New Hard Rock/ Metal music of one of today’s most engaging rock/metal artists, Kobra and the Lotus and the quintessential American Heavy Metal music of Skid Row, featuring the legendary rock icon, Sebastain Bach. Tickets for these two Los Angeles shows were immediately sold out upon their announcement, and the after-market ticket sales had reportedly reached a whopping $750.00 per ticket. Although these after-market ticket prices were steep indeed; whatever you paid, IT WAS WORTH IT!!!

KTL came down the stairs from the backstage dressing rooms to be greeted by an insanely packed house that were so fired up, the security team had their hands full just trying to keep the surging mass under control and maintain access to the only isle way that led from the front door to the stairs leading to the upper bar. 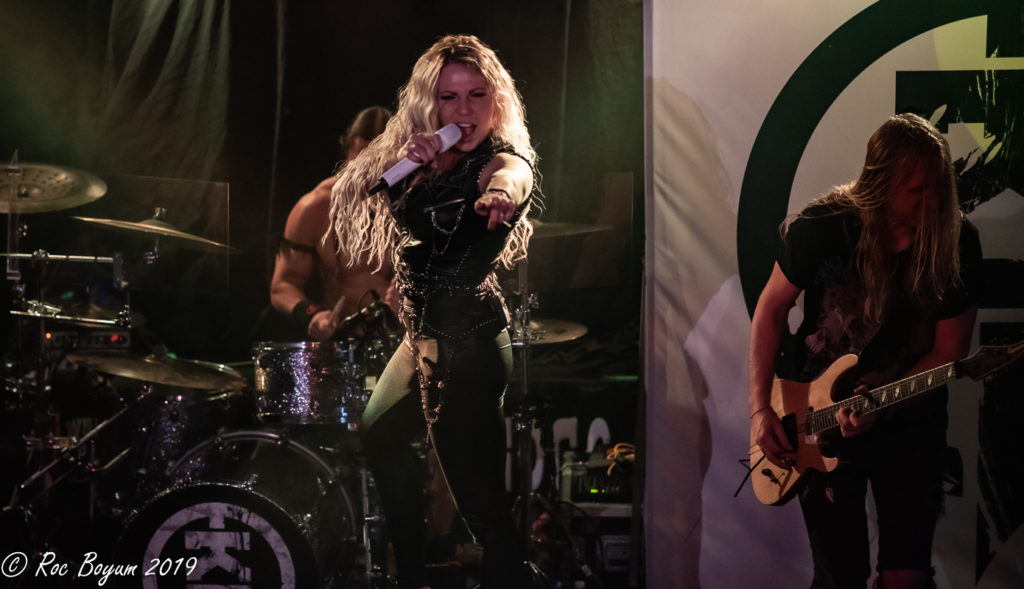 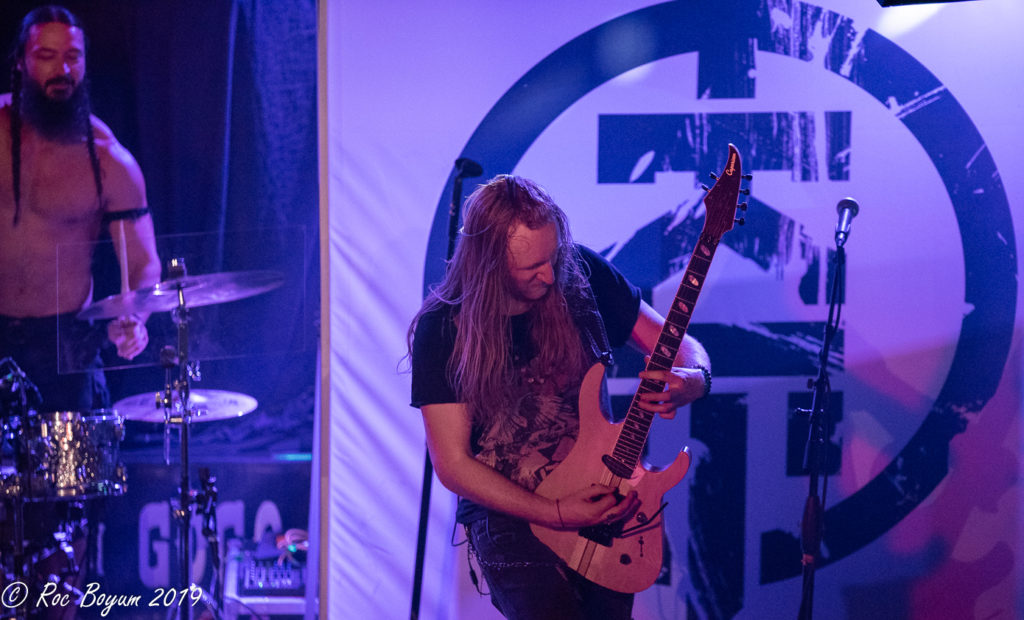 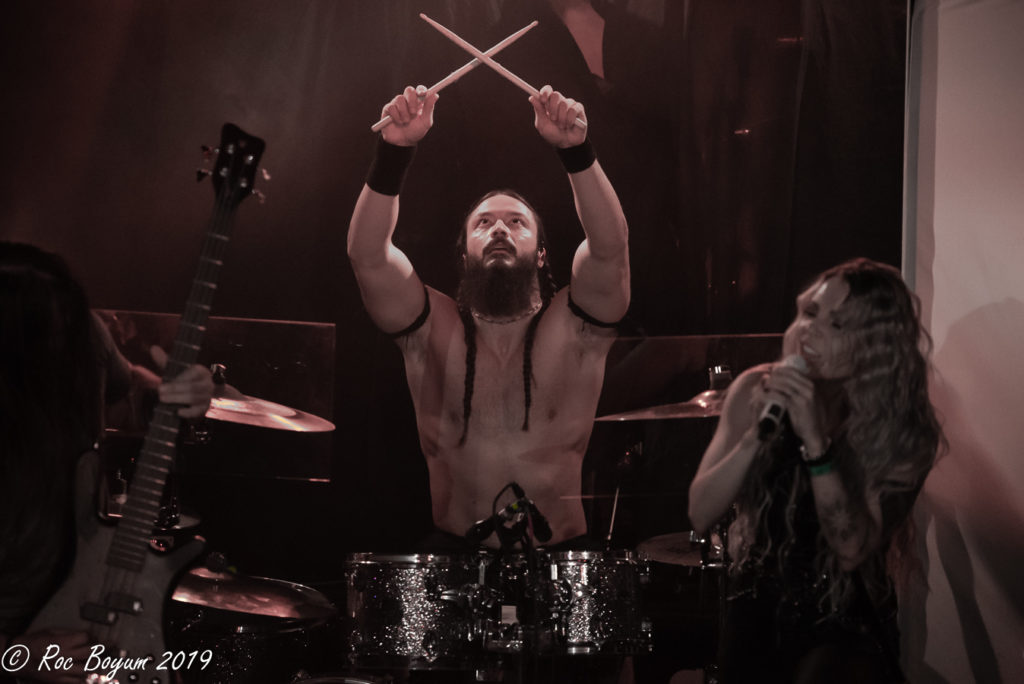 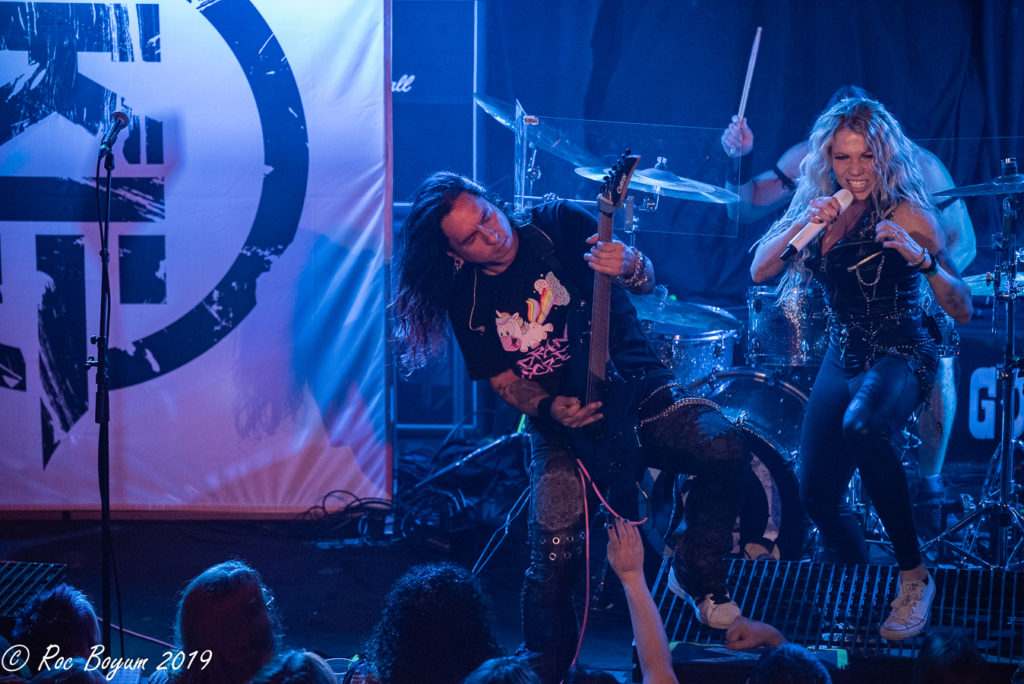 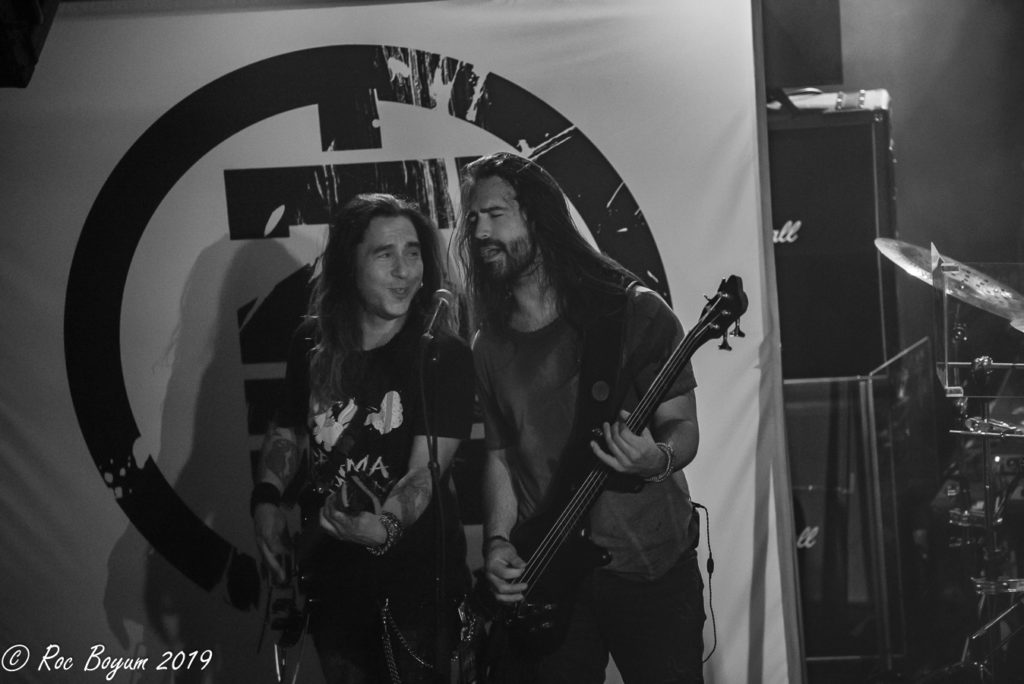 KTL’s set began with the PA  system disseminating the subtle and eerie beginning of Evodem, from KTL’s New Evolution LP. This song leads into the song Evolution on their latest LP but tonight, the band threw the audience a sucker punch as they blasted into Burn; which is the second song off their latest LP. Burn is a deep heavy grinder that comes out of the gate with a heavy assault that had the audience immediately and enthusiastically pumping their fists into the air. The KTL newbies around were throwing out comments like; “damn, this chick impressed me”! and;  “these guys are Fucking Bad Ass”!

From Burn, KTL played a set that leaned heavily on their latest 2019 release Evolution, while also encompassing songs from their previous two LPs that they released; Prevail 1 & 2.

KTL provided an incredible set list from the 2019 Evolution LP, and from the Prevail 1 & 2 LPs, giving the manic “Whisky” crowd a non-stop Hard Rock/Metal show. From the moment KTL hit the stage, they killed it!

The title of their latest LP Evolution, is one of the rare LP titles that aptly describes the music within the album. By listening to the band’s previous LPs you can easily hear that the material within the Evolution LP is truly, the cumulative culmination of their musical Evolution since the band began in 2009; hence the album title.

This was one of those intense shows where you could feel the magic and electric energy swirling throughout the room during the band’s set. 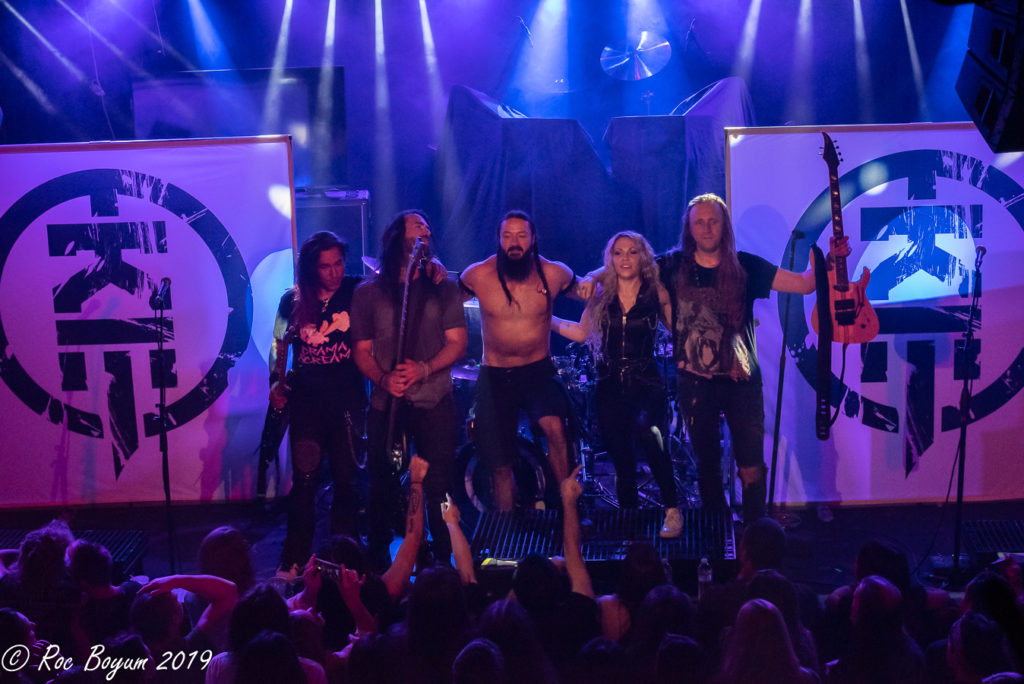 Kobra and the Lotus

KTL delivered a shredding set of music that definitely cultivated many new fans. They finished their set a stomping version of “Get the Fuck Out of Here” from their Evolution LP that left the audience wanting more!!!

After the KTL finished their set,  I looked around to see many people in the audience with a dropped jaw expression and uttering comments like:

There is no doubt that many new Kobra and the Lotus fans were secured on this night!

Be sure to check them out when they come to your town, it is truly a show you don’t want to miss!

Check Out the exclusive Video Interview with Kobra Paige here: