Kobra And The Lotus at the 1720 Club in Los Angeles!

Kobra and the Lotus tore up the 1720 Club, which is named after the club’s address and is a fairly new club situated in a warehouse district in downtown Los Angeles. The venue’s parking is limited, at best, so one must arrive early to avoid hiking through the warehouse backstreets to get to the venue.

This May 27, 2018 show opened with the 2 relatively new bands, Granny 4 Barrel which we heard fired things up but we unfortunately missed and Brand of Julez. Brand Of Julez delivered a heavy set of some straight forward no non sense Hard Rock with a bit of a 90’s feel and sound. Brand Of Julez are Julez Zamora–Lead Vocals/Guitars, Nick Kashmanian–Lead Guitar, Brandon Aamora-Bass/Vocals and Frankie D’Esposito-Drums. As the band ripped through their set, singer Julez paused to impart an adventure from the road on this tour filled with courage in the face of a fading hope. He described their situation as bleak as they had no chance of repairing their vehicle on their own. While they held steadfast on their courage, they were collectively diving into their last moments of hopelessness with thoughts of missing the up coming shows. It was in those final disparaging moments when they looked up to see a bus emerging from a cloud of dust. That bus was filled with The Texas Hippie Coalition who all jumped out of their bus to help Brand Of Julez get their vehicle back on the road. With the help from the Texas Hippie Collition, Brand Of Julez now has a very awesome memory and very cool story from the road, not to mention a reminder for us all, that no matter how a bad situation may seem at any given moment, you must always hold steadfast in the belief that no matter what…….you will PREVAIL!!! 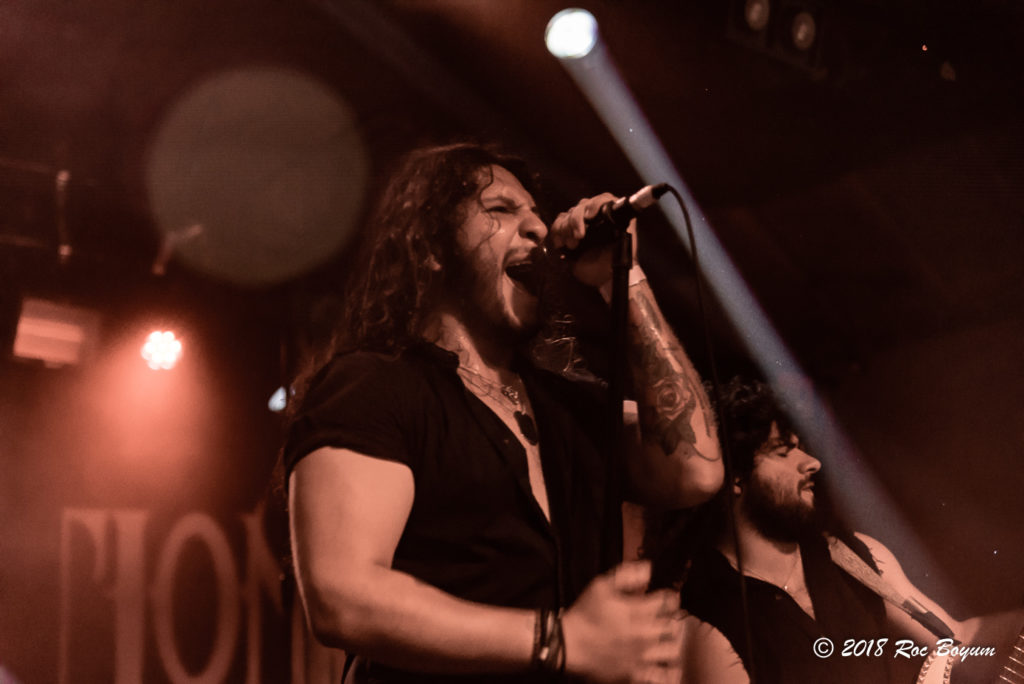 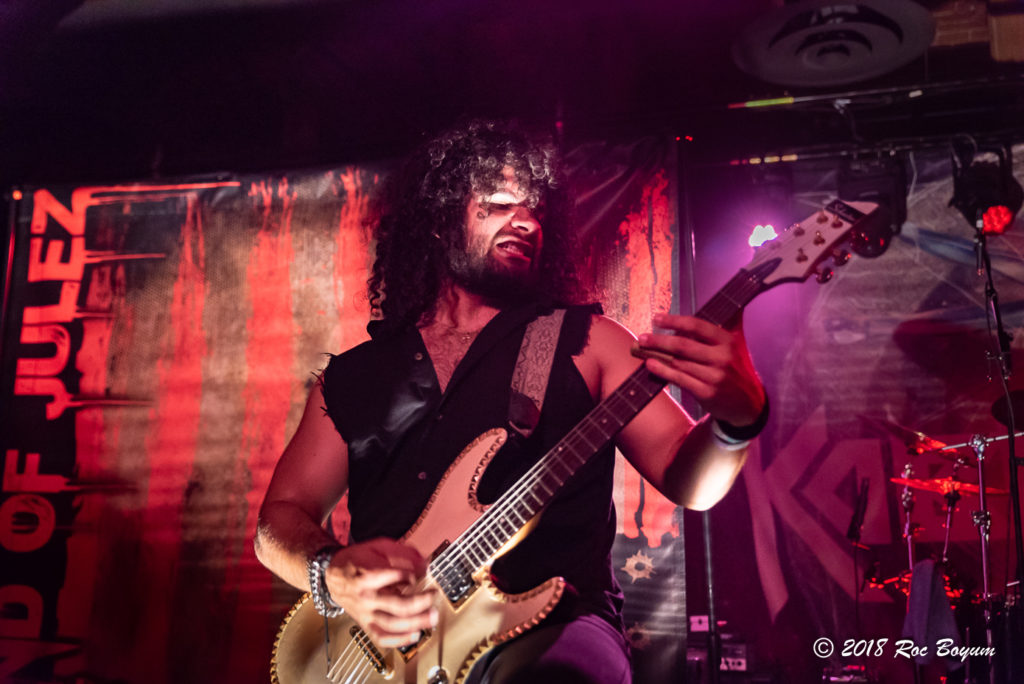 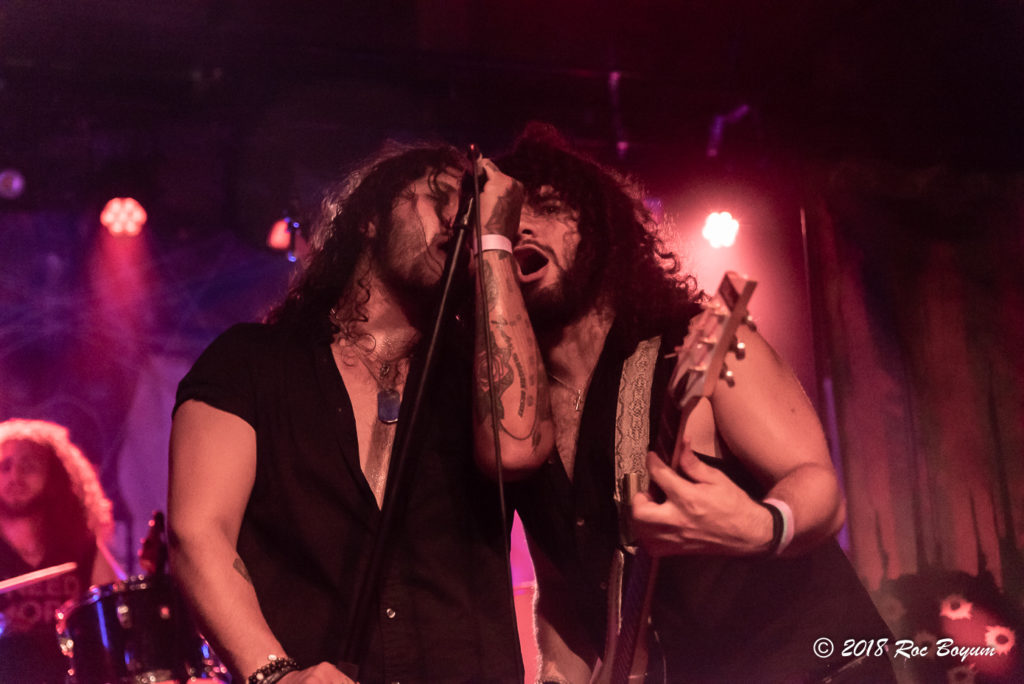 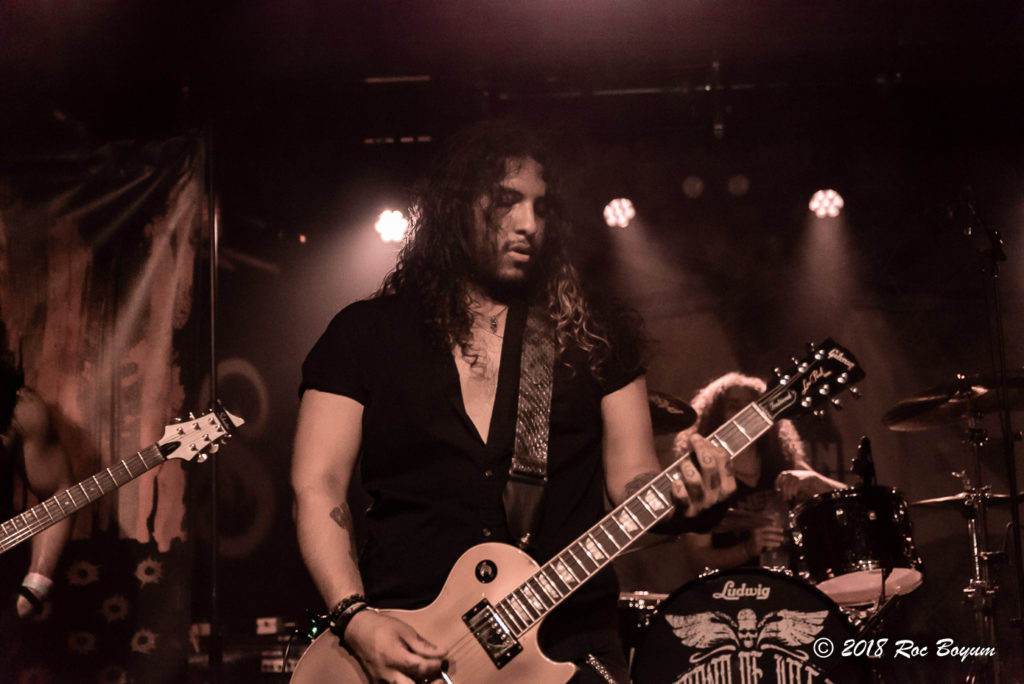 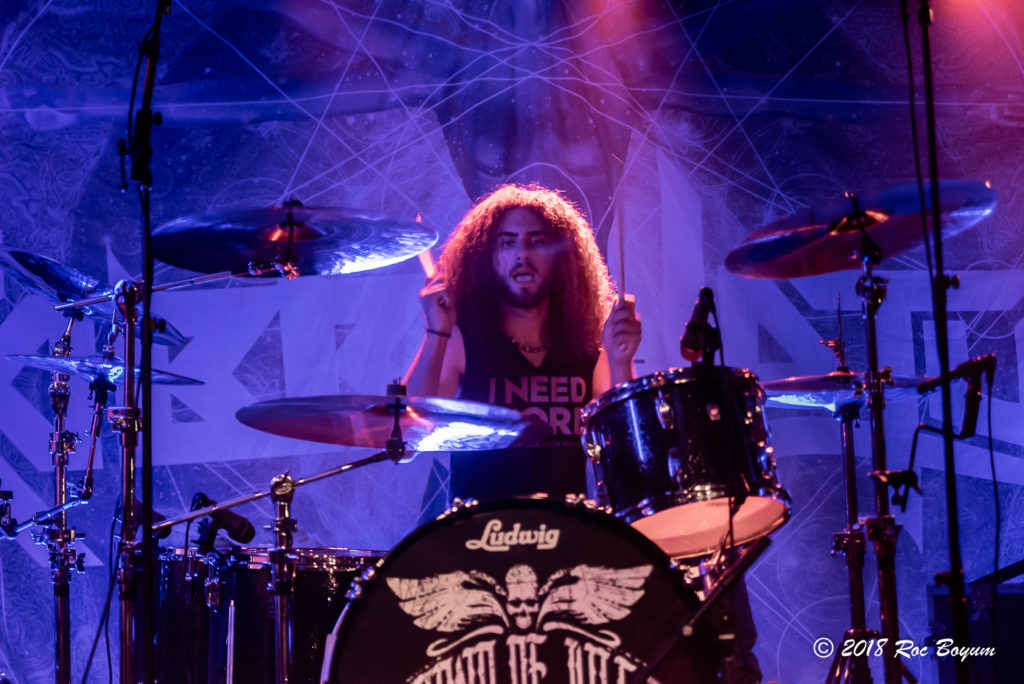 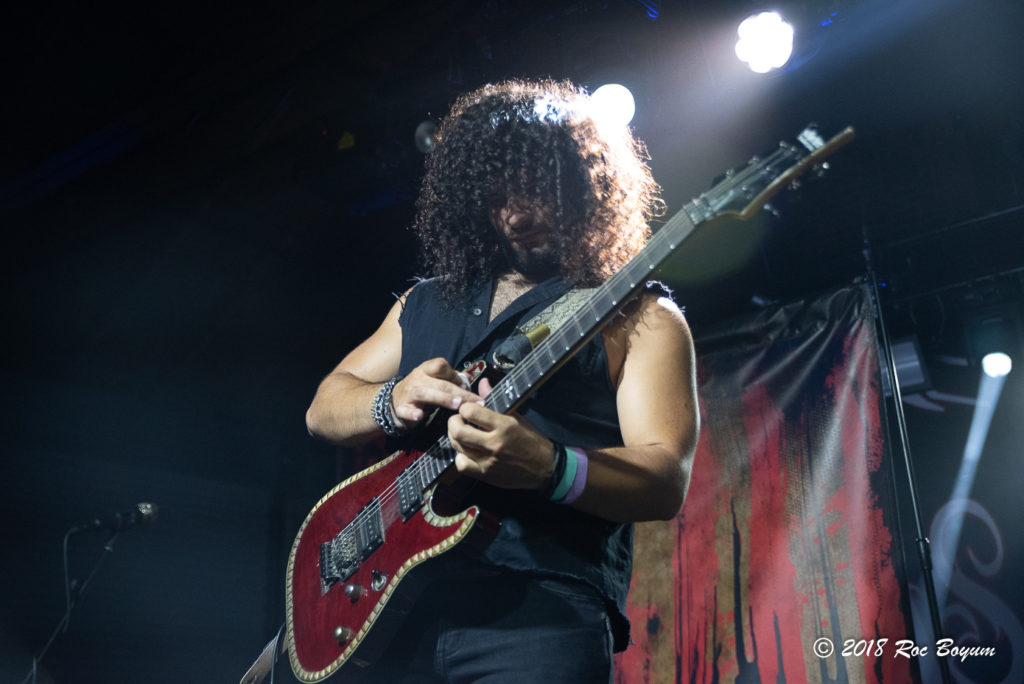 Kobra And The Lotus hit the stage with a solid set of material from Prevail 1 and Prevail 2. Kobra And The Lotus showed up to do what they do best which is “PREVAIL” at all times now matter what and give the fans an incredible night of music that had many in the crowd thrashing and headbanging to every song.  Kobra said to this enthusiastic audience; “you may be small, but you are mighty”. 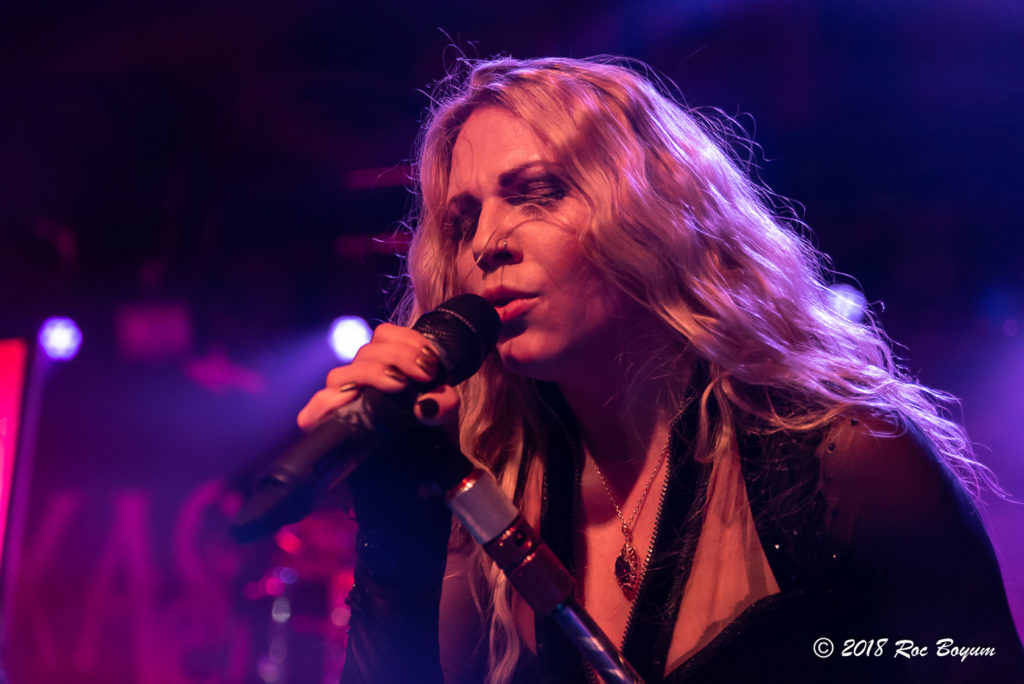 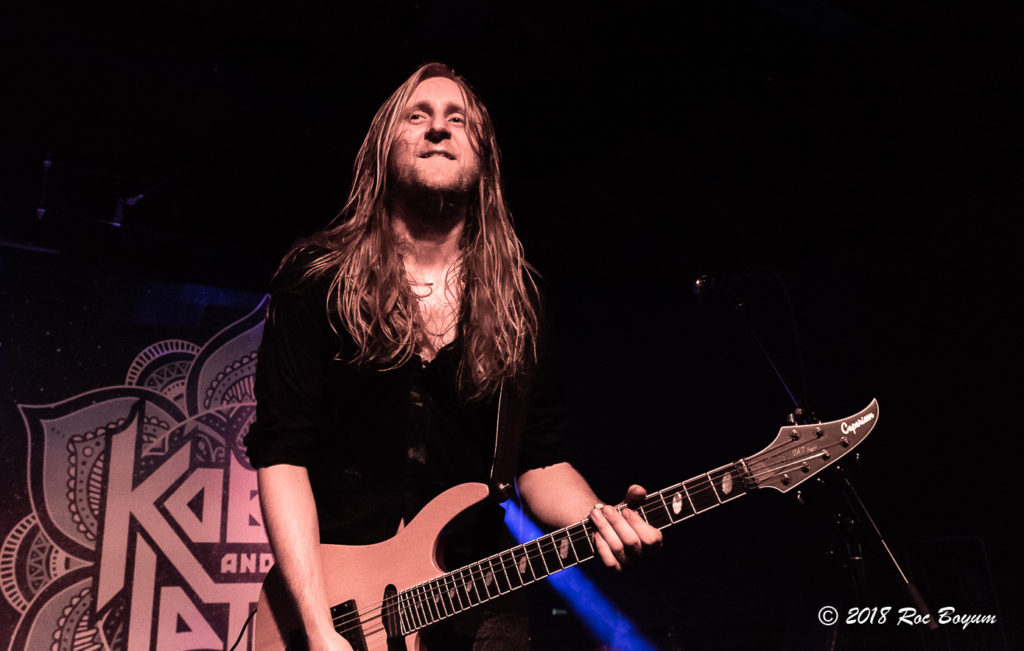 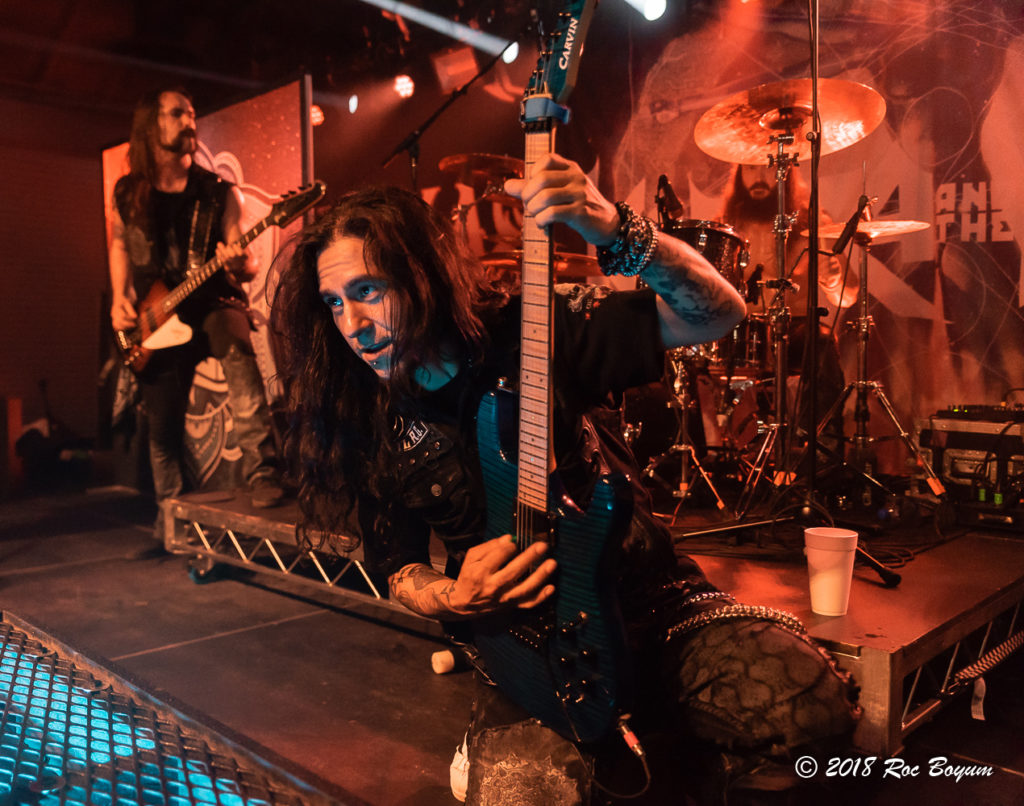 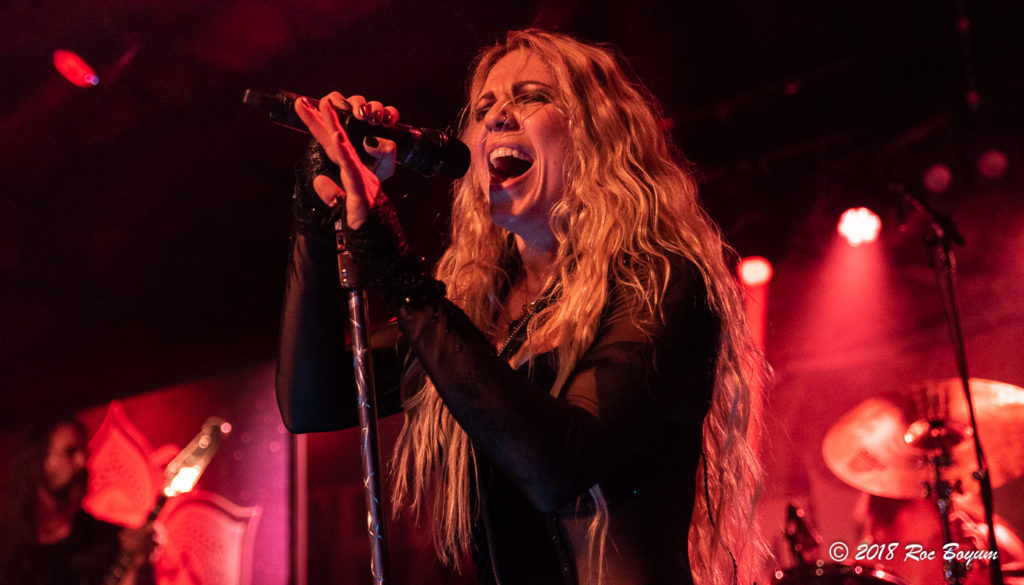 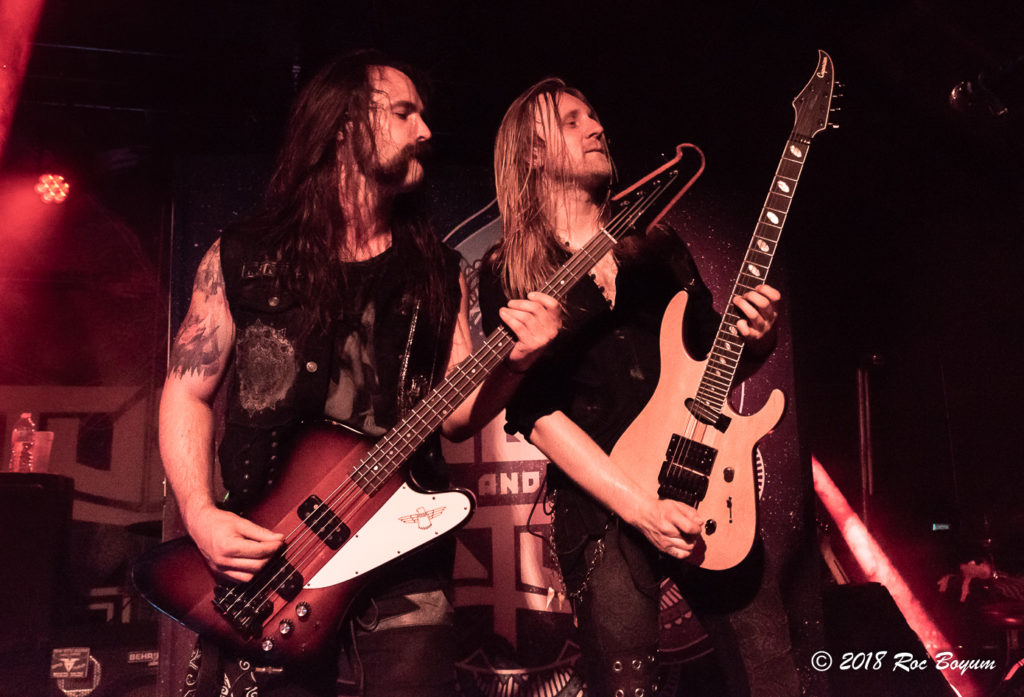 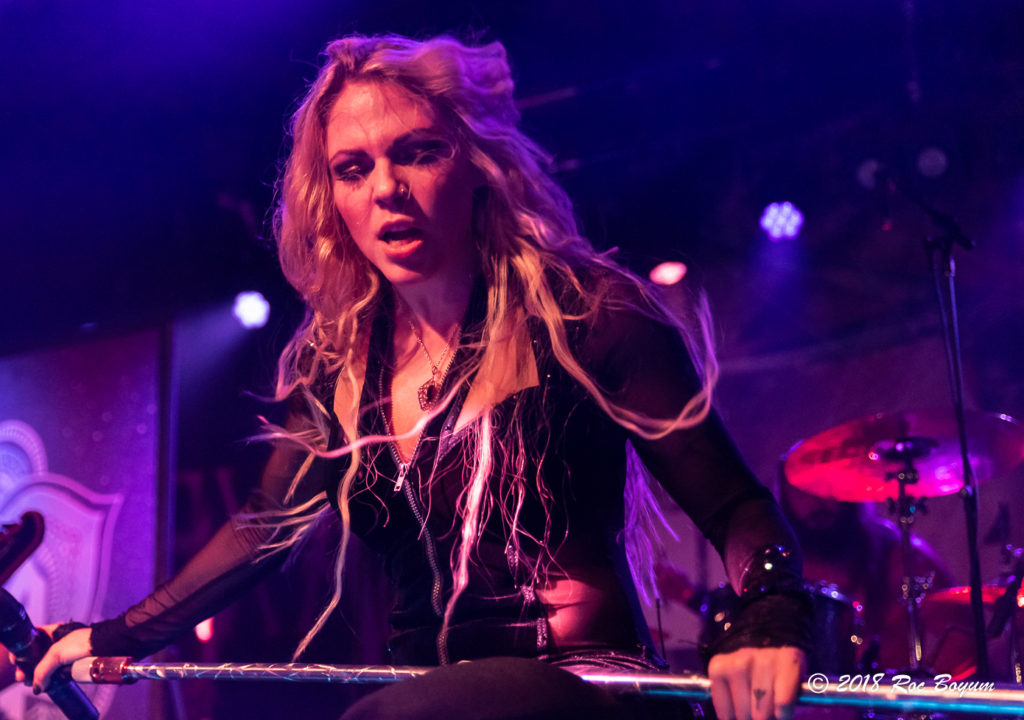 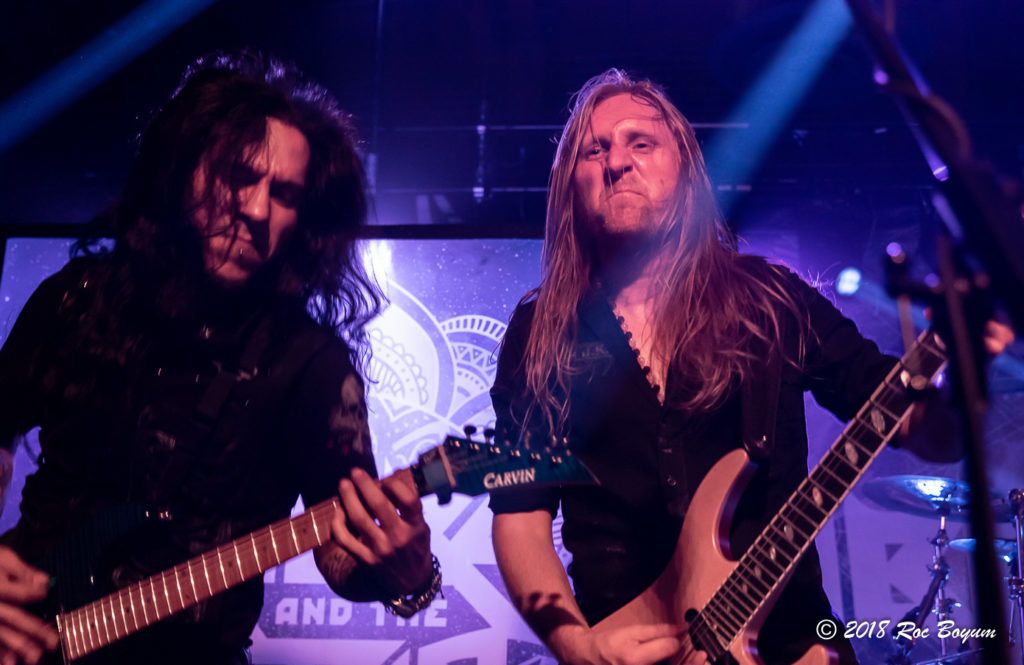 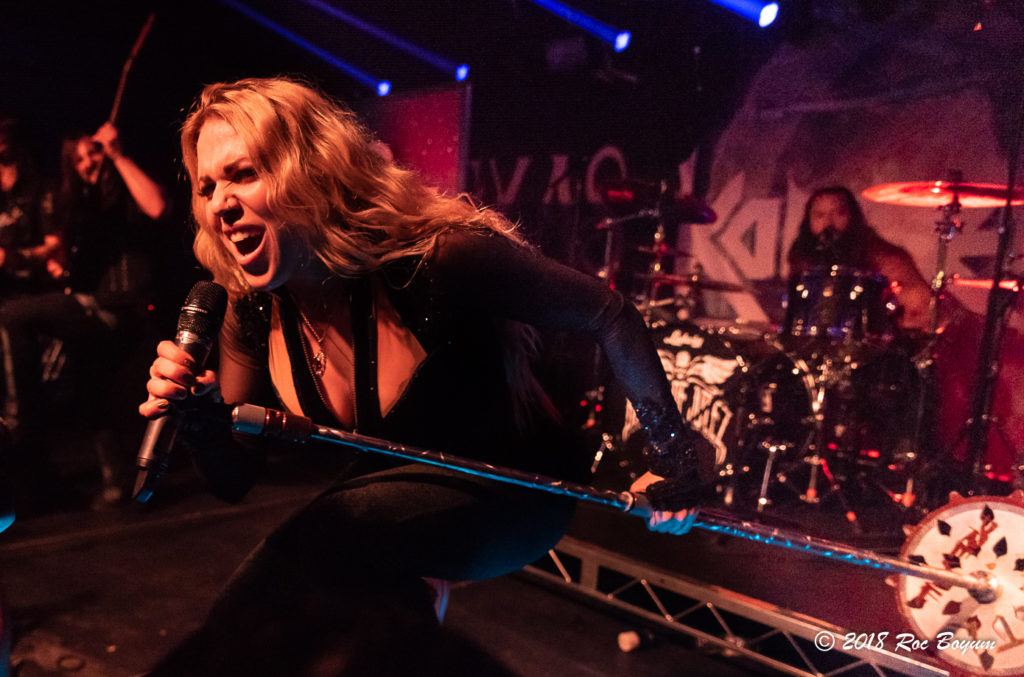 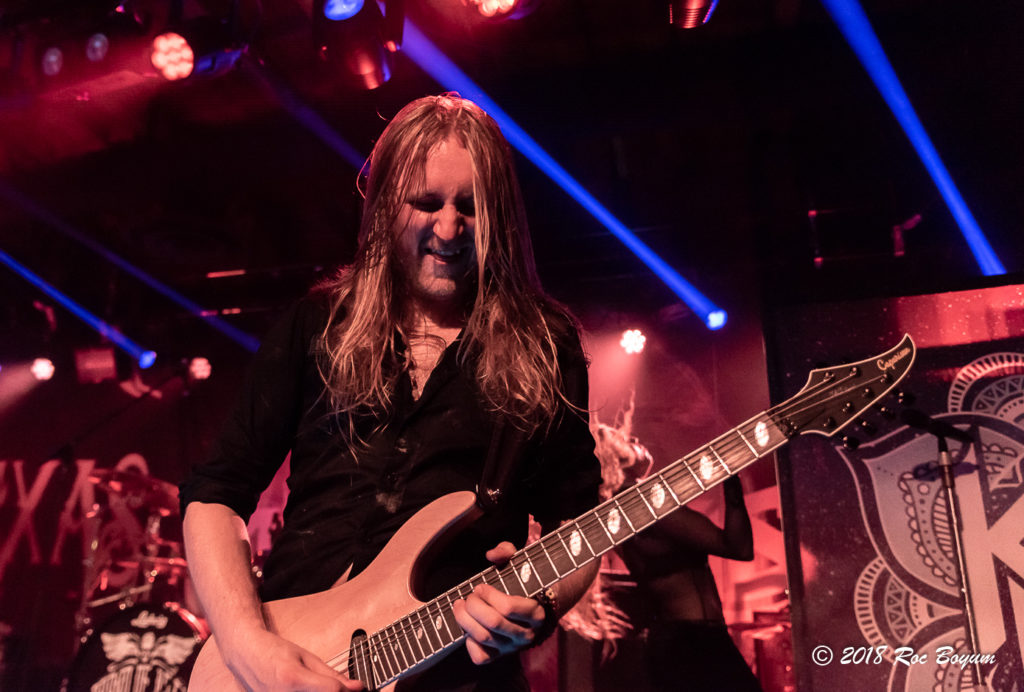 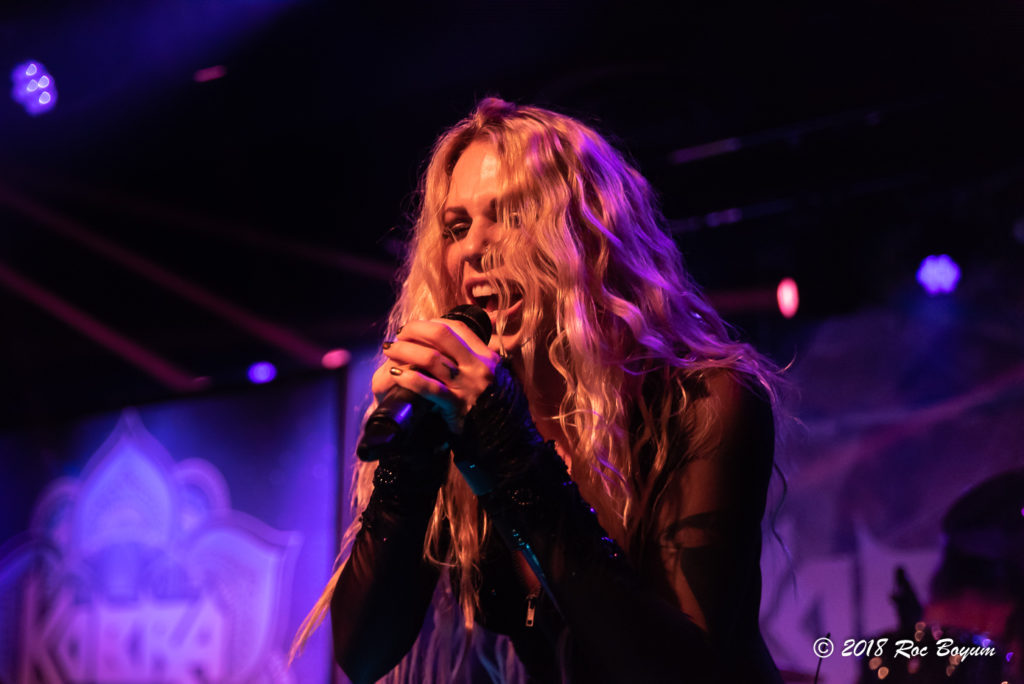 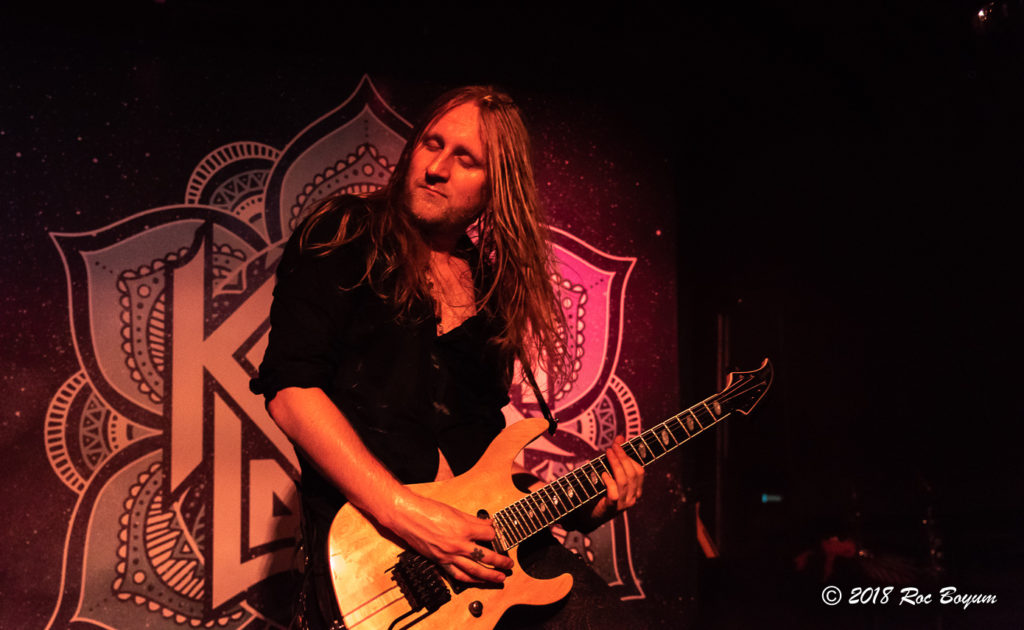 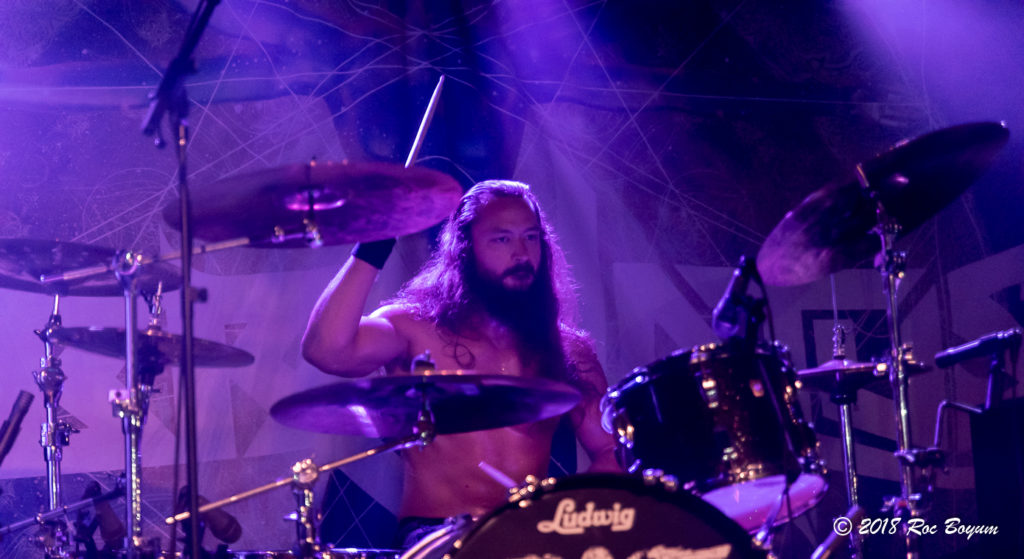 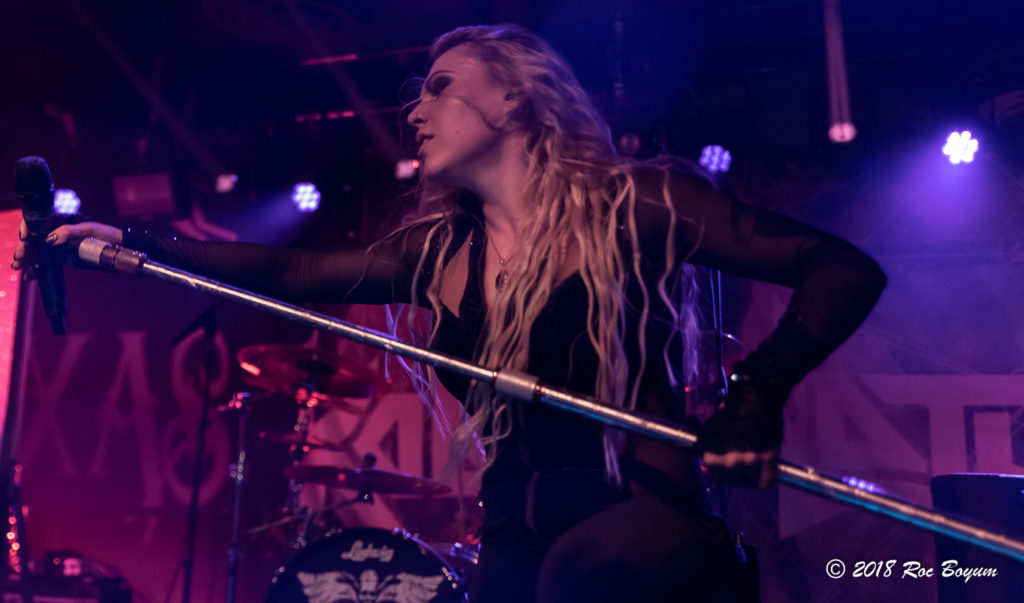 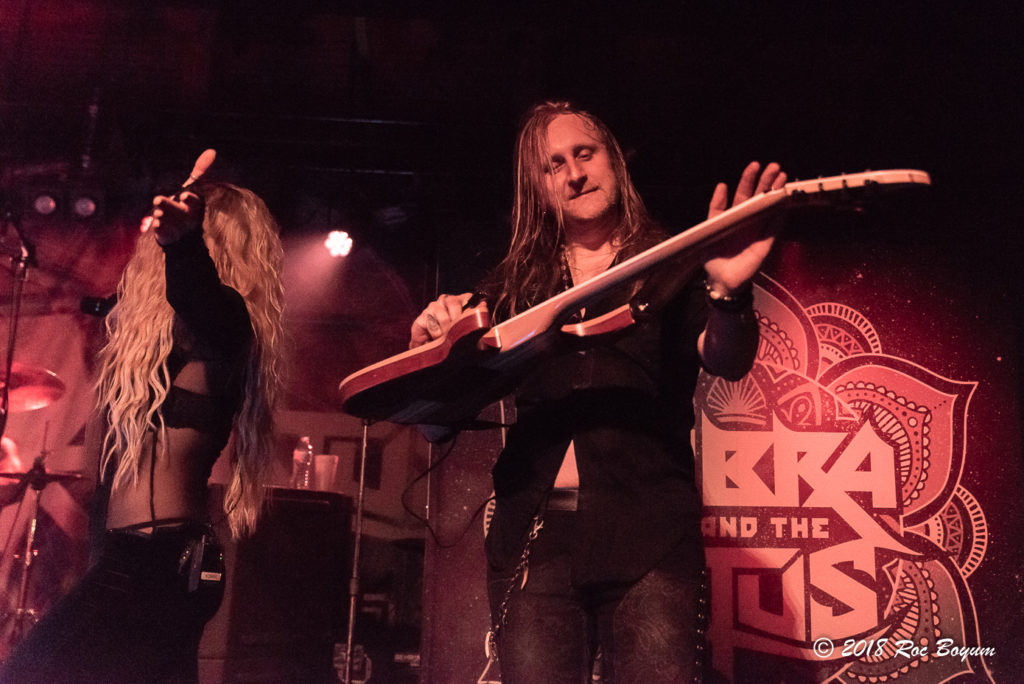 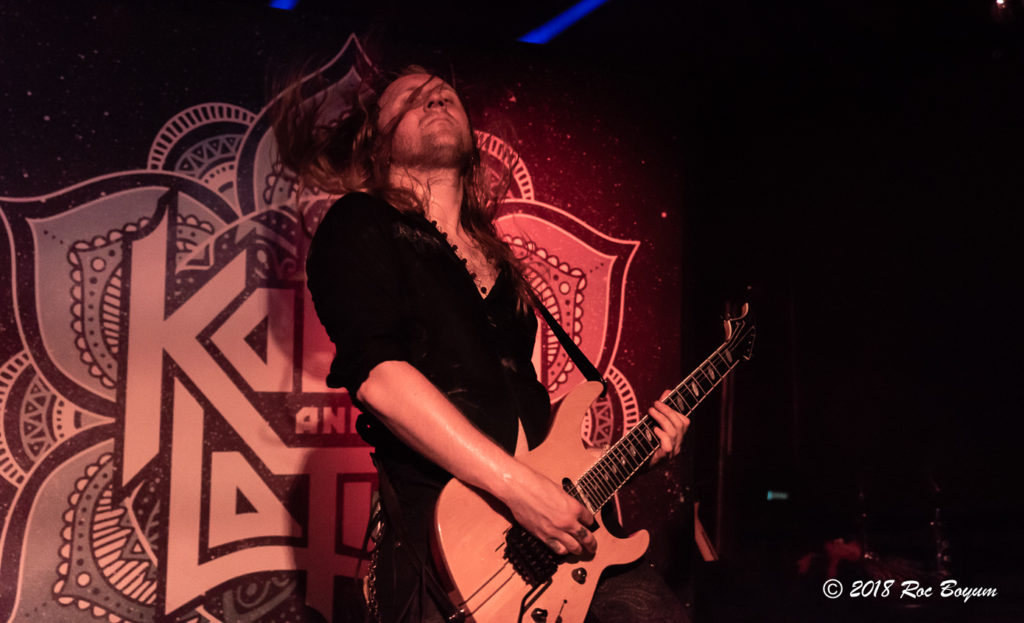 The band has an extensive catalog of six LP’s to date and all of them consist of truly great metal and hard rock material. Considering that the band was direct support for the Texas Hippie Collation their set was only a nine song set and comprised solely from their latest double LP release of Prevail 1 and Prevail 2.  Although the Prevail LPs were released just one year apart from each other as individual LP’s, they are masterfully created to be a musically cohesive collection of songs. Each of the two LPs represents a band that has evolved with a sophistication that goes way beyond their metal roots to includes a melodic hard rock element that gives the band a creative canvas that is now limited only by their imagination.

The band choose a great set opener from Prevail 2, rendering a pounding version of Losing My Humanity followed by a double punch from Prevail 1 with the fan favorite Trigger Pulse and a shredding version of Specimen X. Specimen X came complete with the song’s brilliant guitar solos that were shared by Kulakowski and Guiterrez; with Kulakowski burning up the first solo and Gutierrez shredding his way back to the song’s chorus. Specimen X is definitely one of the more complex, diverse, adventurous and intense tracks from Prevail 1. Throughout the night, Kobra prowled, pranced and ran across the stage all the while executing her supreme vocal prowess with a seemingly flawless delivery.  Guitarists Jasio Kulakowski and Ronnie Gutierrez delivered crushing rhythms and solos that were as shredding and they were brilliant as they tastefully sliced their collective fret boards. The rhythm section of bassist Brad Kennedy and drummer Lord Marcus Lee were a cohesive mass of rolling thunder that effortlessly negotiated the many rhythmic twists and odd time time signatures that are cleverly nestled within the band’s music. The band continued with Light Me Up from Prevail 1 with Kobra delivering a compelling and emotional performance while guitarists Kulakowski and Gutierrez rendered the song’s melodic solo in synchronistic brilliance. Next was a heavy assault from Prevail 2 with Let Me Love You, My Immortal, Human Empire and Velvet Roses with the live version of all four songs exuding a greater sense of intensity and urgency than on the disc! The band finished their set with a stellar version of You Don’t Know that began with drummer Lee’s syncopated snare rhythm that was complimented by chunky guitar rhythms and Kobra stamping her feet until the song’s heavy beginning exploded and landed with a guitar crunch that was like an instantaneous thunder clap!

This turned the audience into a bunch of thrashing, frenzied, simultaneous fist pumping head bangers that continued all the way to the song’s end which was truly an amazing finale to a Great Show!

Check out the Our Video Interview with Jasio Kulakowski here!

i) Losing my Humanity