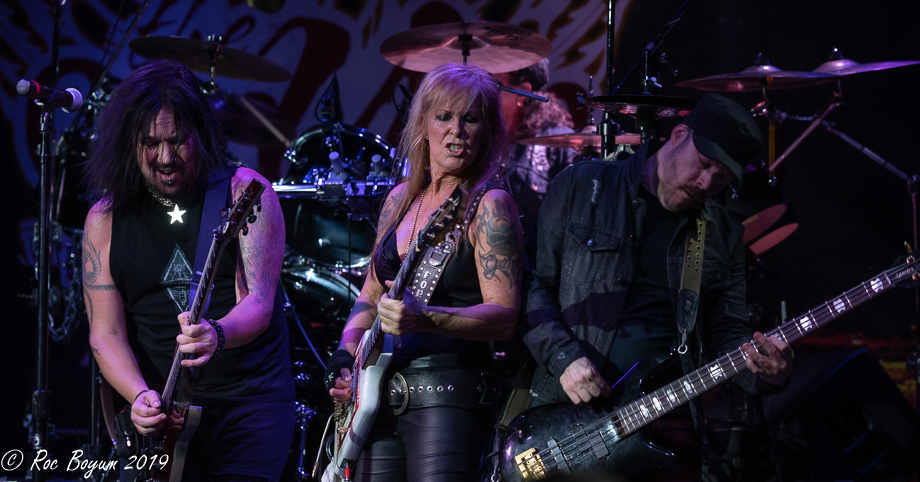 Lita Ford and company lit up the Canyon Club in Santa Clarita with an explosive set that included classics such as Cherry Bomb-(Runaways) and Kiss Me Deadly-(Lita solo LP) her duet classic with Ozzy Osbourne – (Close My Eyes) and timeless covers including The Bitch is Back-(Elton John) and Only Women Bleed-(Alice Cooper).

The band came out of the gate with a fast and furious version of Gotta Let Go from her 1984 Dancin’ On The Edge LP that immediately fired up the crowd.

Lita Ford always delivers an incredible show with her stellar band of Patrick Kennison-Guitar/Vocals, Marty O’Brien-Bass, and Bobby Rock on drums. Tonight Ford told the audience to get ready as she imparted the sentiment of drummer Bobby Rock:

Get ready people, as our drummer Bobby Rock has described our show, “we are gonna bring you a show that’s arena sized rock” ….. so look out!”

During the next few songs, Ford would continue to engage the audience, inciting an escalating audience frenzy that reached a boiling point when she introduced their version of the Elton John cover, The Bitch is Back by stating:

I met Elton John at one of his shows back stage in Florida, he’s the greatest guy. I told him, the song The Bitch is Back is mine; it’s a no brainer, right! He replied, it’s really my song. Ford said that she looked back at Elton and in a joking laugh responded…..Not any more!

Then Ford said to the crowd “Here’s The Bitch is Back, only with more guitar, take it away Patrick!

Other highlights of the evening included, Falling In & Out of Love, Out For Blood and a dynamic drum solo by Bobby Rock of which Ford said; “Bobby Rock, You’re a Beast!  Rock’s solo was a powerhouse display of over the top insane riffs, under and over cross sticking, razor sharp buzz rolls and Latin influenced grooves. Rock’s drum set is on a rack system that has sections of his drums and cymbals mounted on independent racks that are tethered together by chains. 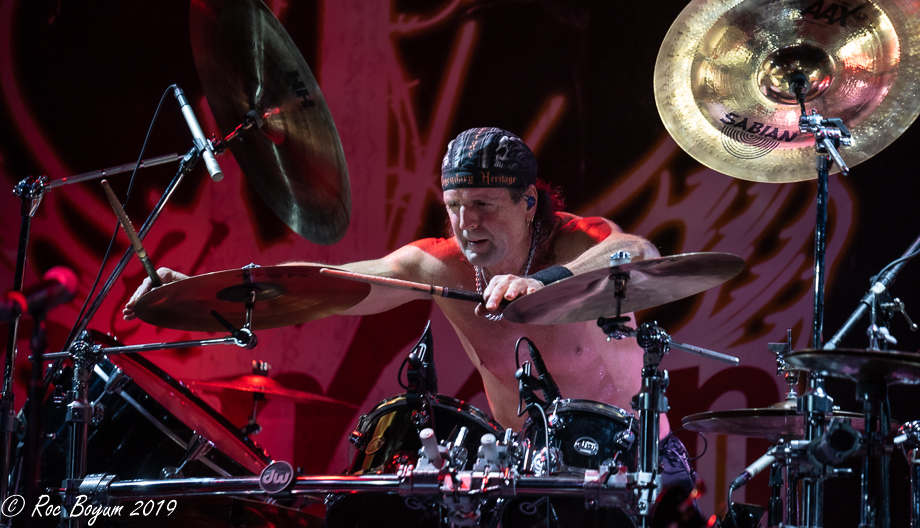 This in turn allows Rock to push away a given rack, as if they are going to fall over  and then have the rack snap back once it reaches the end of it’s rope, or in this case the end of it’s chain; it’s really visually quite entertaining. Rock finished his solo with a furry attack between his drums and cymbals that was so blistering, his sticks and arms were such a blur, it prompted someone in the audience to yell out…..now that’s a fucking drum solo!  Yes it was indeed! 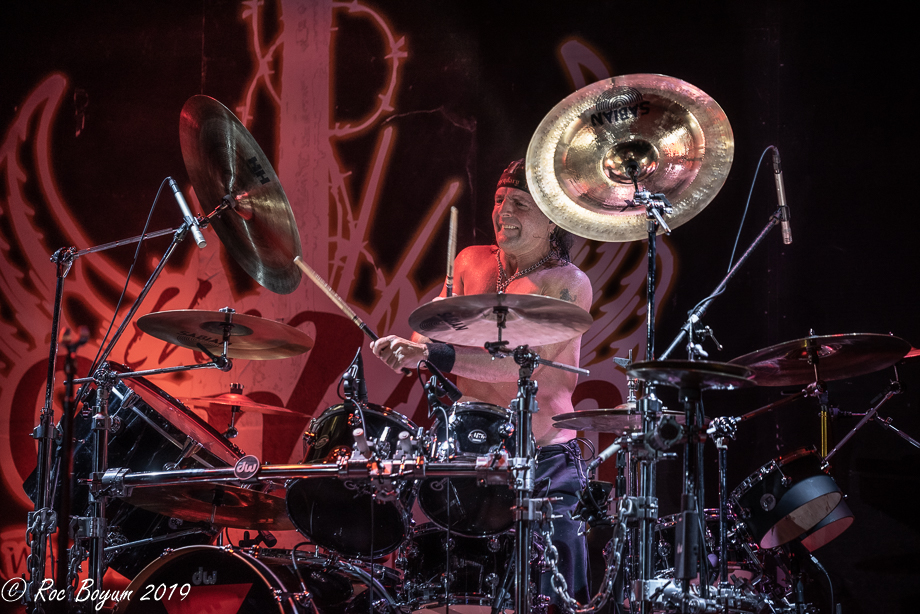 Before finishing the set with her all timeless classic, Kiss Me Deadly, Ford and company played two covers, the first was a version of the Alice Cooper classic, Only Women Bleed with Ford’s signature style, which produced an incredible and emotionally charged version of the song and super charged the audience for the following classic Close Your Eyes that was originally a duet with Ozzy Osbourne but now features Patrick Kennison taking on the Osbourne vocals; Kennison’s voice has so much intensity and emotion, that the song really does take on a new identity.With Kennison’s great voice combined with Ford’s great and hypnotic voice, this song has never sounded better. 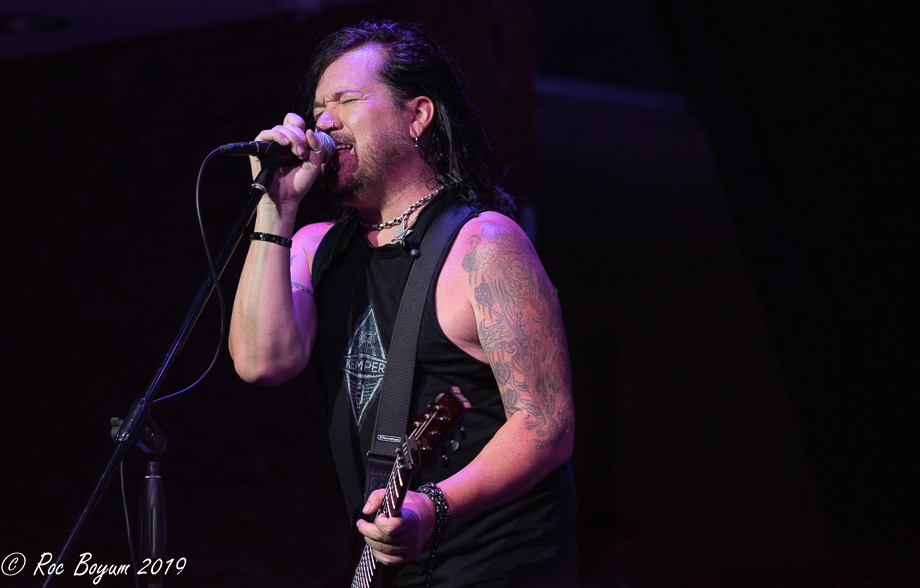 Patrick KennisonAs previously mentioned, the band finished the night with Kiss Me Deadly that brought the audience to a standing ovation, leaving Ford to state: You’re a sick audience people, a sick sick audience, thanks so much and see ya soon! 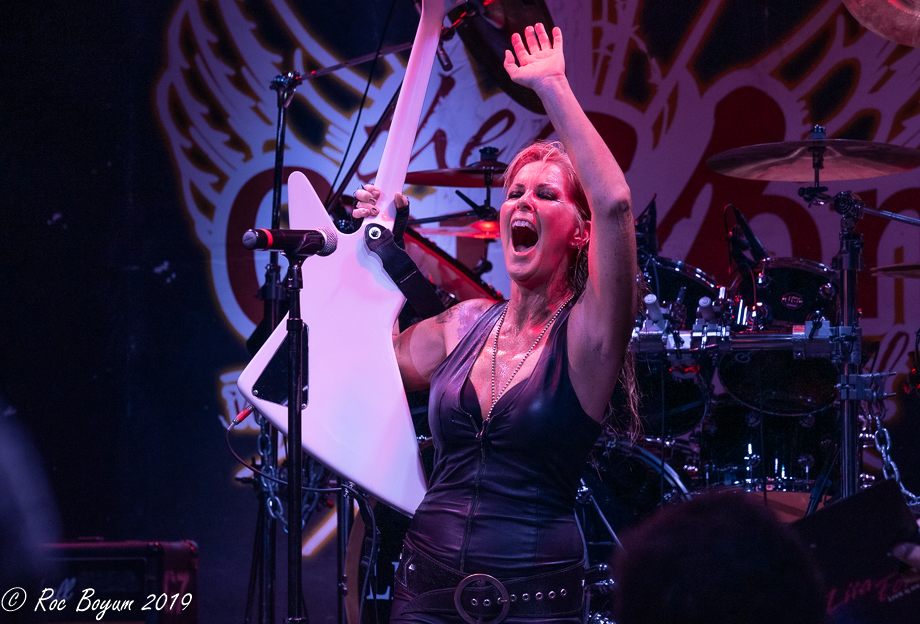 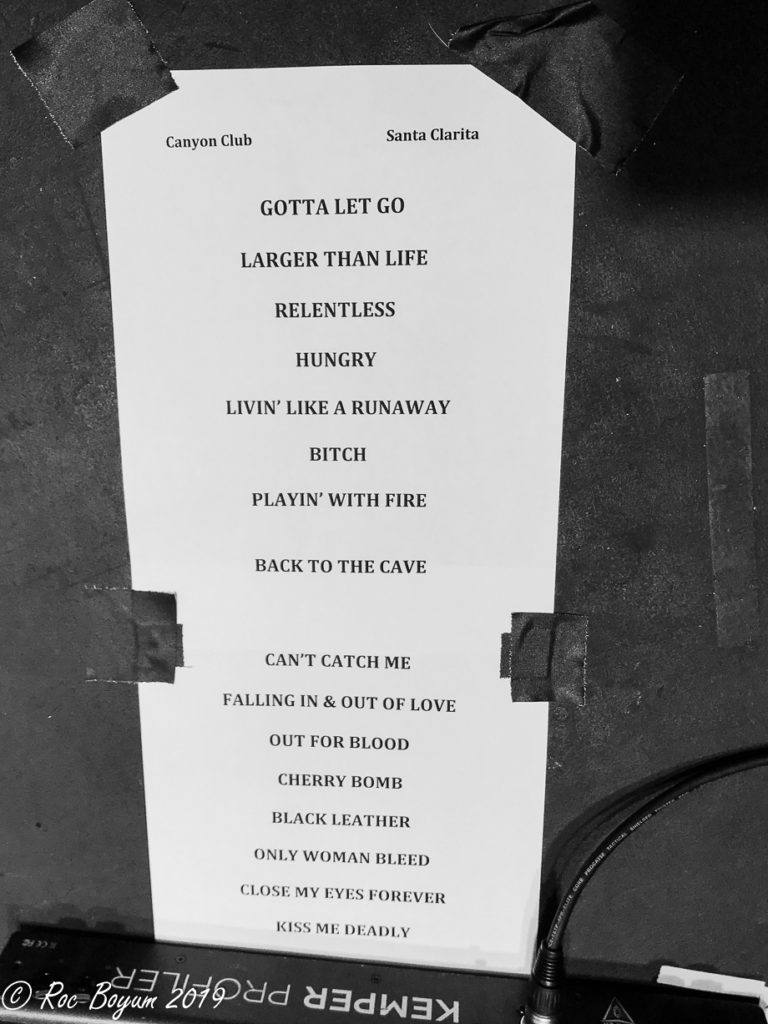