To say that Megadeth destroyed the Hollywood Palladium is more than an understatement. This is a band that was formed by Dave Mustaine and bassist David Ellefson in Los Angeles and cut it’s teeth here on the local scene and this home town crowd was ready!  As the house the lights dimmed and the recorded music simultaneously stopped; Mustaine and company exploded on stage. Without so much as a word or hesitation they fired into the 1st song of the set; “The Threat is Real“.  Although the first song was from the 2016 Dystopia LP which was released in January 2016, the new material didn’t catch these fans off guard. These Megadeth fans were primed and ready to go with the crowd surfing starting from the first note of the night.

The intense level of audience insanity continued throughout the band’s entire set with the mass of fans constantly surging against the stage.  Surfers were carried over the audience until they got close to the stage and when they became within arm’s reach of the bouncers they were pulled down into the pit. The ride was fun while it lasted! 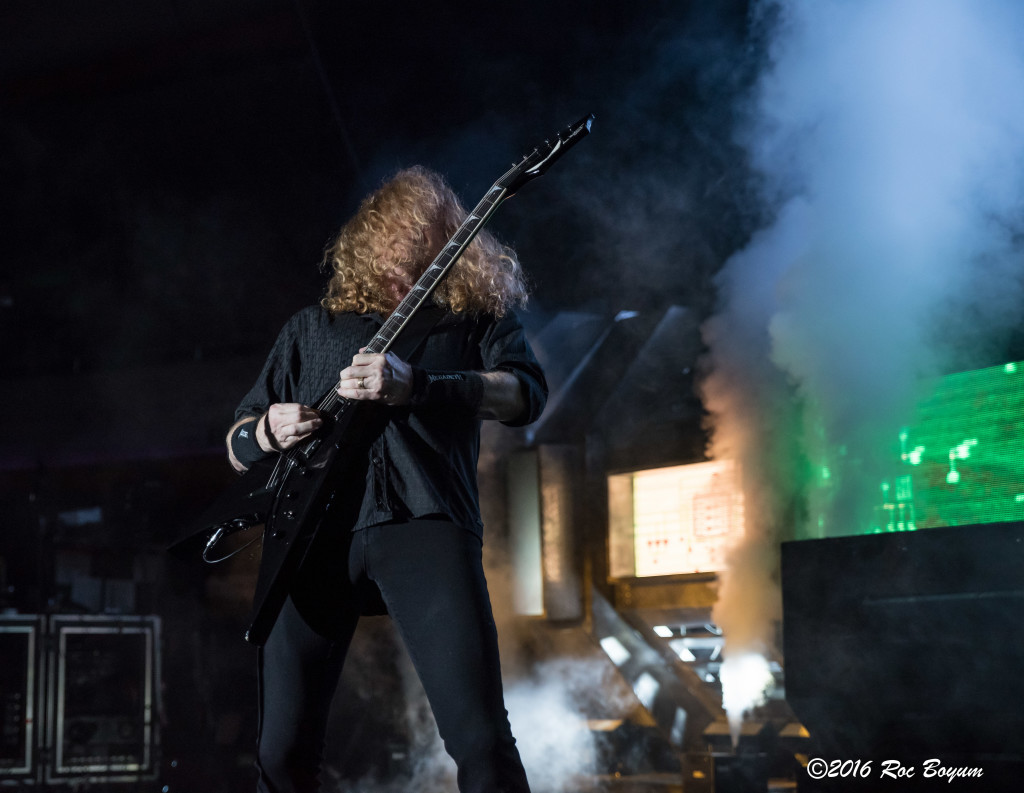 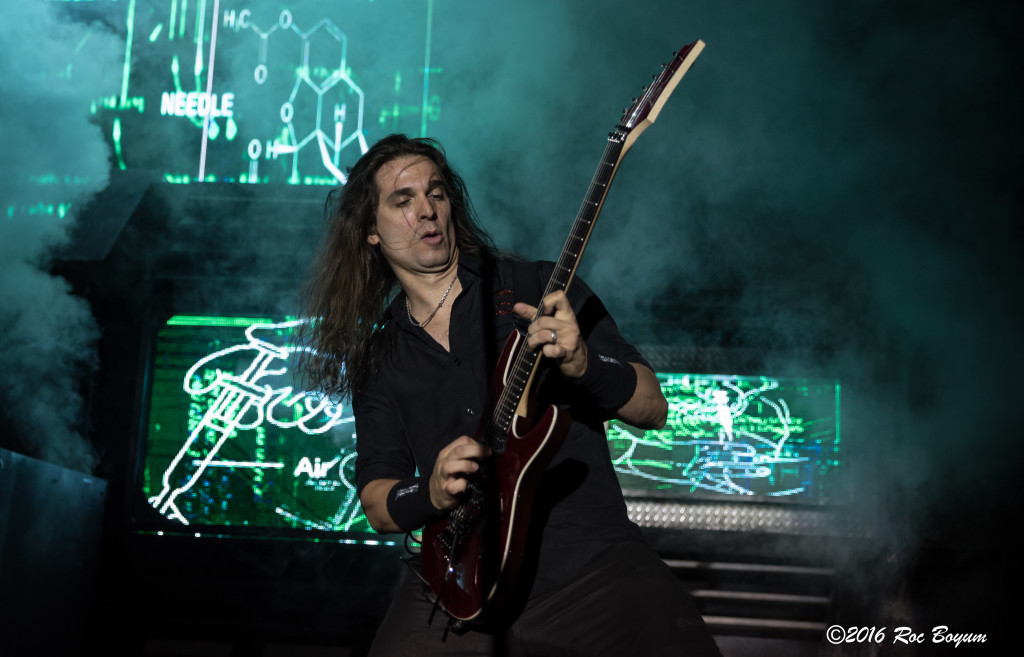 Dave Mustaine and Kiko Loureiro were on Fire!

The lightning speed extreme guitar shredding between Mustaine and Loureiro tore through the audience with deadly precision. Throughout the band’s blistering 17 song set Mustaine and Loureiro riffed off each other while bassist David Ellefson ran around the stage waving his bass in the air. A great addition to this tour’s line-up is drummer Chris Adler (Lamb of God) who absolutely kicked ass on the material.

Megadeth is an awesome force live and detonated a relentless assault on the fans the entire night; this is definitely a show you don’t want to miss. If you are planning on catching this show on this tour, you’d better get your tickets well in advance. The Hollywood Palladium was packed to the rafters and quite possibly over capacity. The fans out in front of the venue who were looking for tickets were S.O.L.  With 30 + years of thrash metal in their bag of tricks, this is one of the most shredding metal bands you’ll ever see. 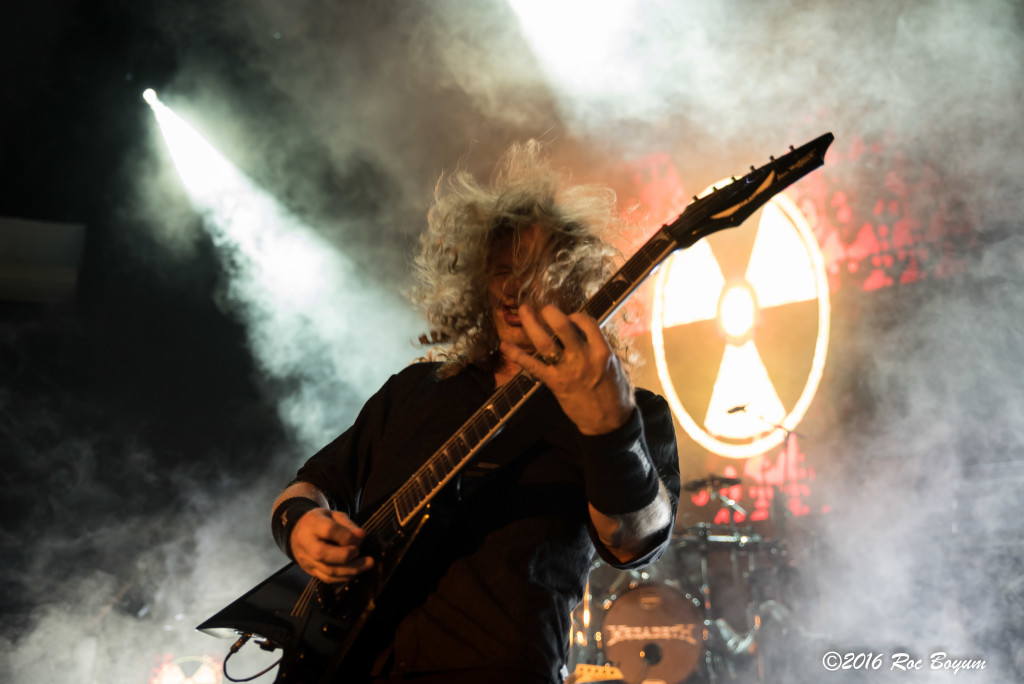 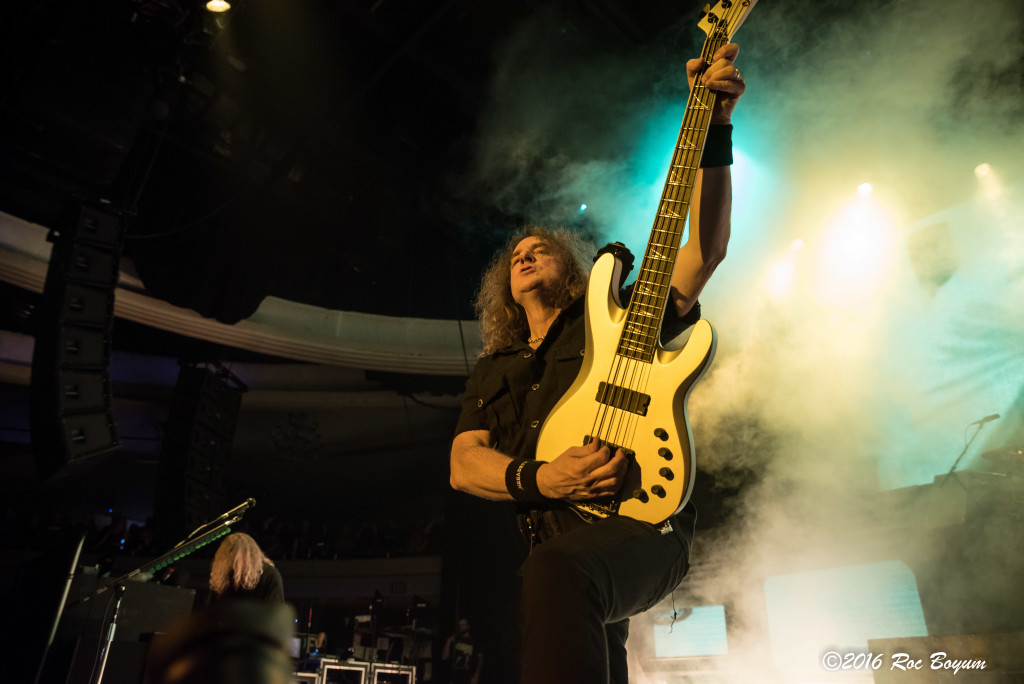 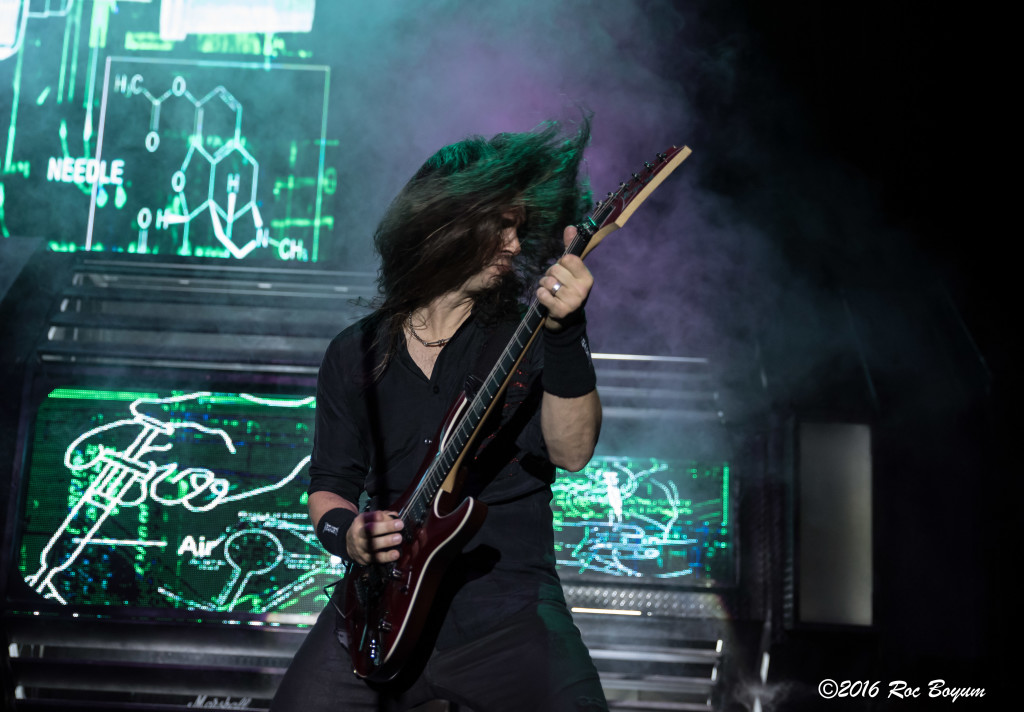 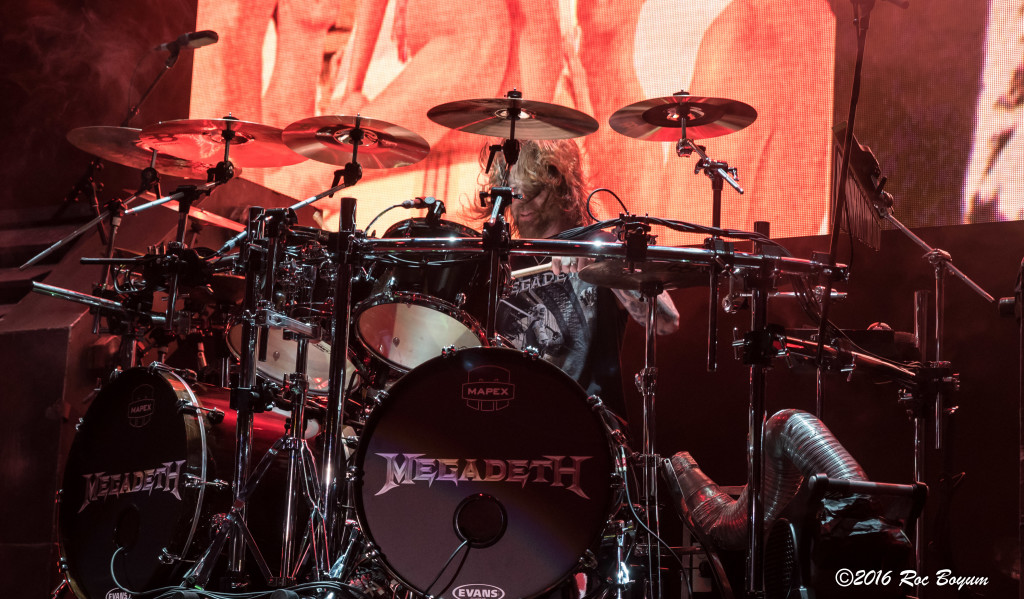 The Threat Is Real

In my Darkest Hour

Poison Was the Cure

Check out the photo gallery here!