Meshuggah brought The Marque Theater to the brink of explosion with a sold out show that was sure to test the boundaries of the fire marshal capacity laws. Meshuggah’s Fall tour 2022 is an all-Swedish lineup that included metal veterans, In Flames and relative newcomers, Torch, for a crushing night of metal at the Marquee Theater in Tempe AZ.

Torch was up first, but I unfortunately was only able to catch the end of their show due to a sold-out venue parking lot which sent me to a satellite parking structure that had only one entrance. After arriving at the venue, securing my photo pass was equally slow – with a serious line at the will call and finally a quagmire bottle neck of people entering the venue. Heads-up, if the headline artist at an SRO venue has an insane following that shows up for the opening acts to secure their spot in the venue; leave at least an extra hour early.

Anyway, upon my arrival, Torch, was well into their set and had the audience singing and pumping fists as if they were the headliner and thus proving that these guys easily earned their place on this ticket. Their music was the type of heavy material that is pounding and grinding that hits you right in the temple and leaves you numb; in a good way of course. These fans loved every minute of that pounding numbing feeling!

In Flames, who I had not previously caught live before, hit the stage and instantly  – they absolutely blew me away with their intense, precise and brilliant musicianship. The audience chanted the band’s name with a feverish intensity before their arrival and sang to every song throughout their entire set which was truly impressive. By the band’s fourth song, the crowd surfing became like an assembly line of fans that were funneled through the audience on their way to the loving arms of the bouncers in the pit who spared these enthusiasts from crashing down on the concrete floor of the pit. This also meant that these fans were able to get back in line like a Disneyland ride to be carried over the crowd to meet the bouncers yet again; way too much fun!

In Flames are one of the bands who pioneered, what is now known as melodic death metal, alongside At The Gates and Dark Tranquillity. The band gave The Marquee fans a shredding set of eleven songs that was a demonstration of how this genre is supposed to be conveyed to a live audience; in your face, brutal and razor sharp! Way to go guys. 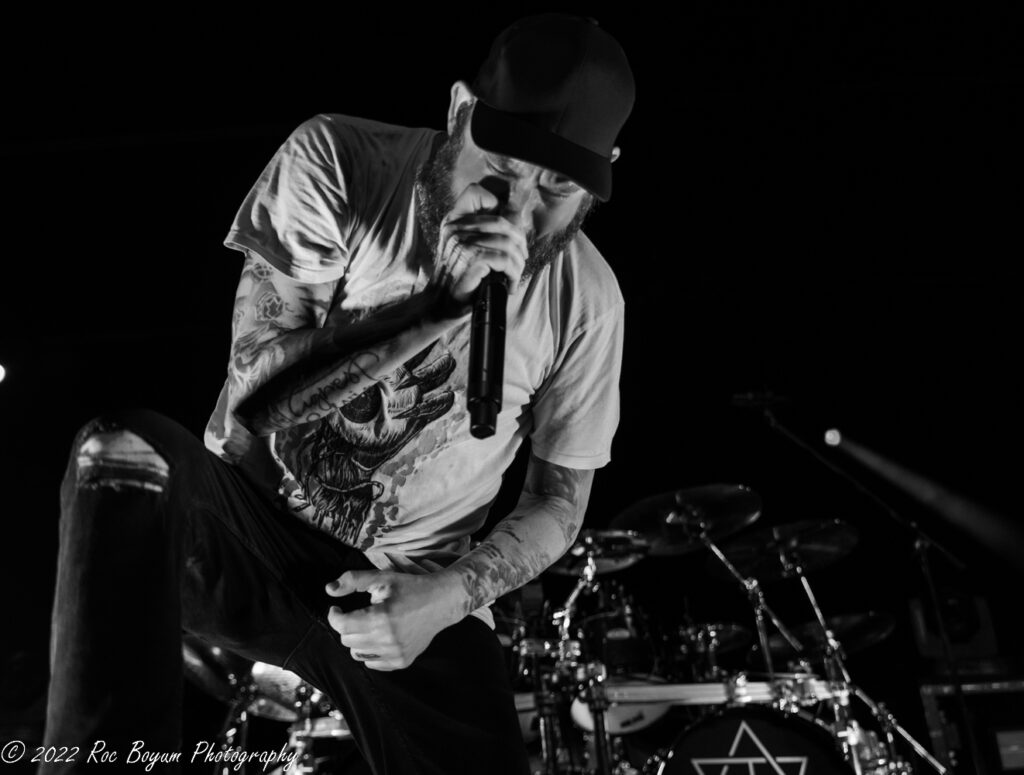 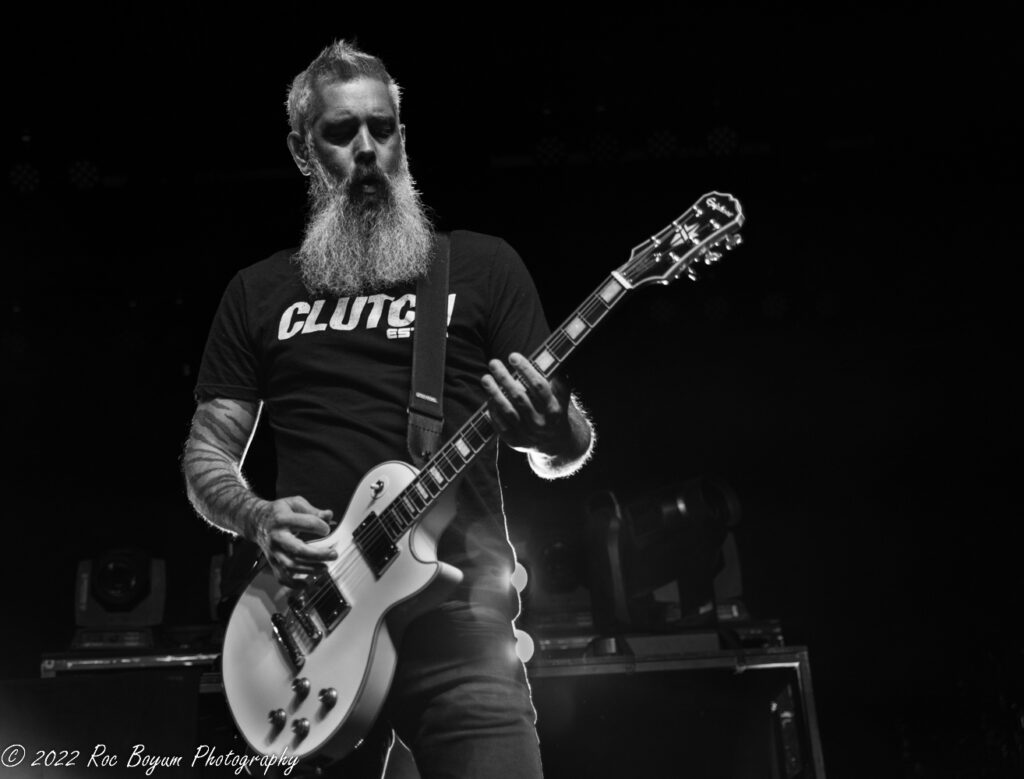 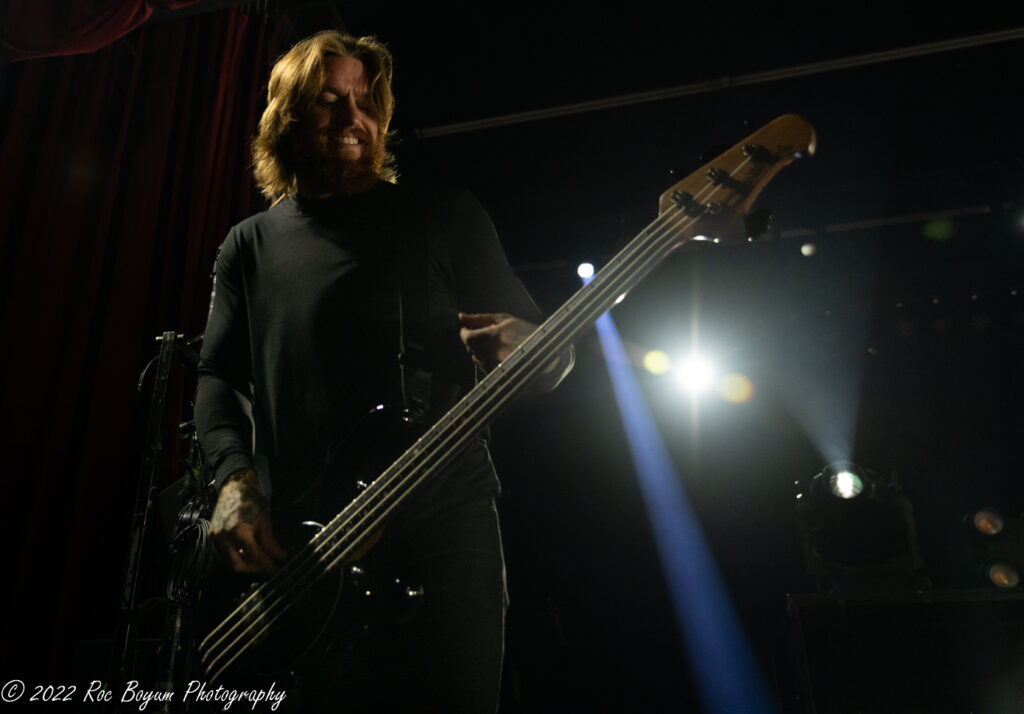 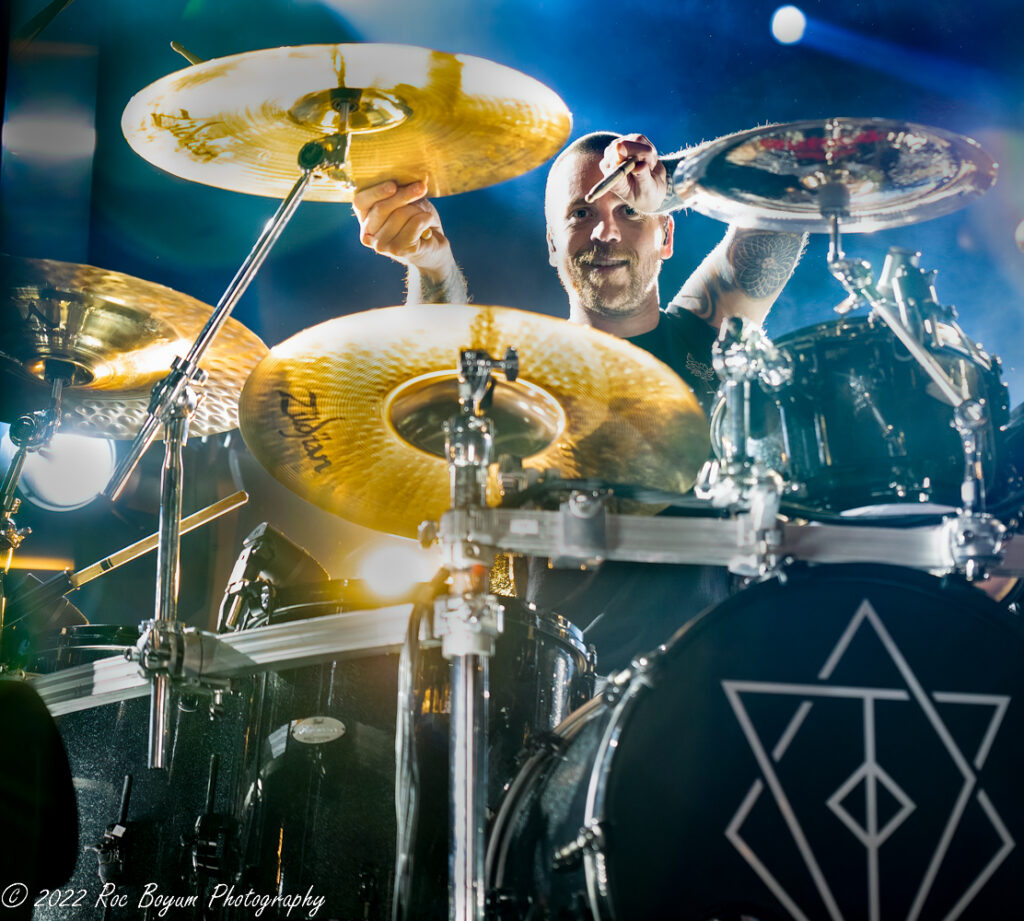 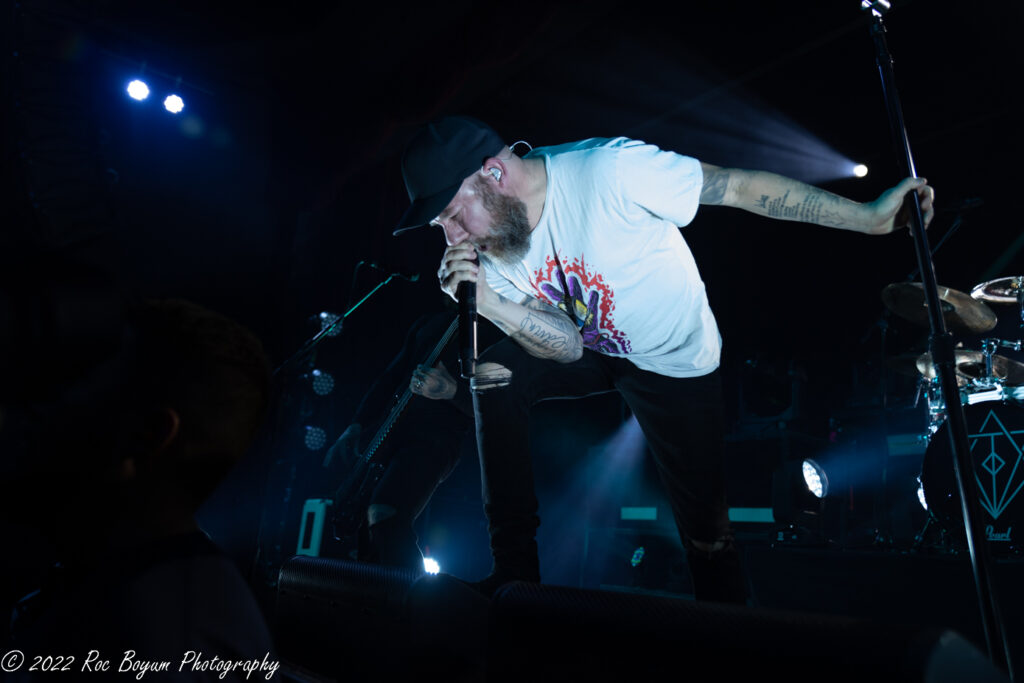 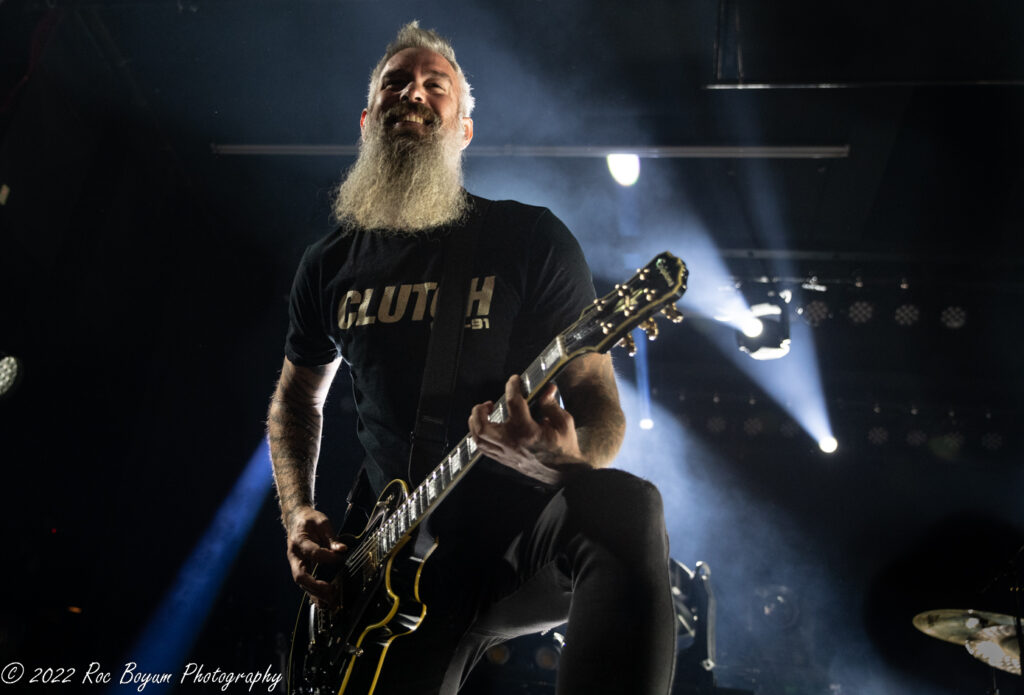 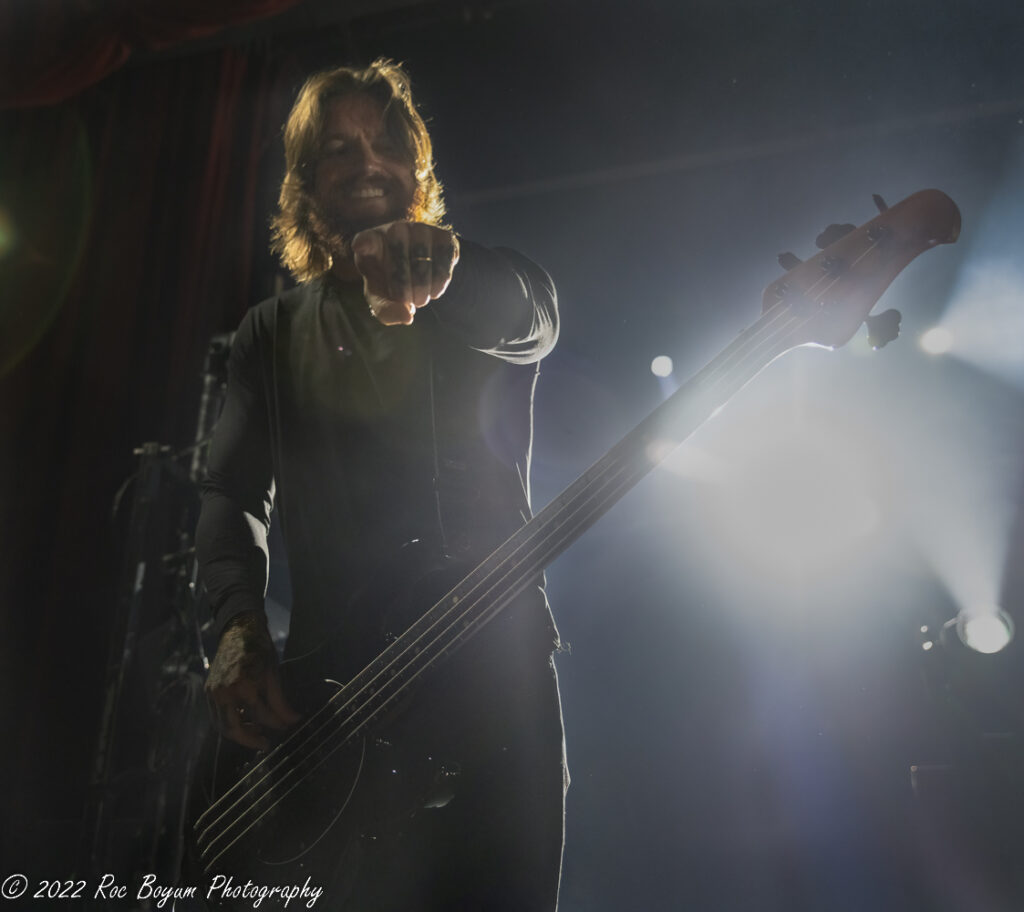 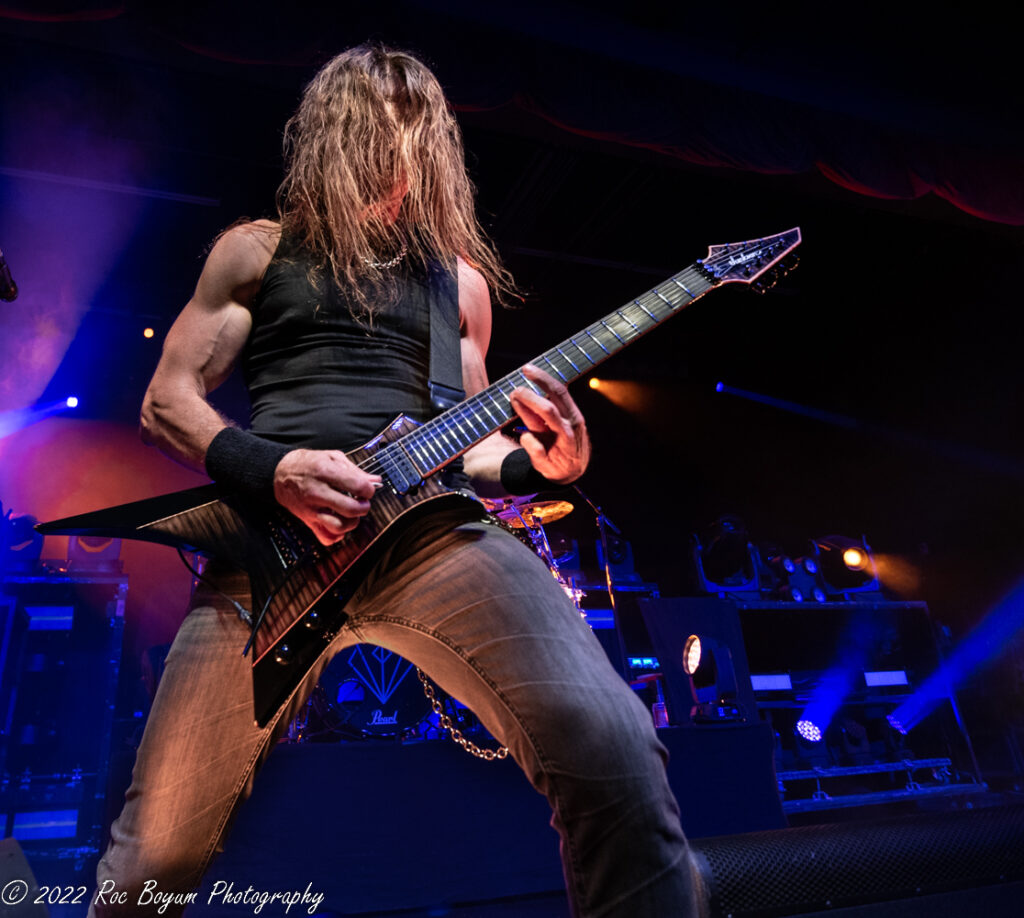 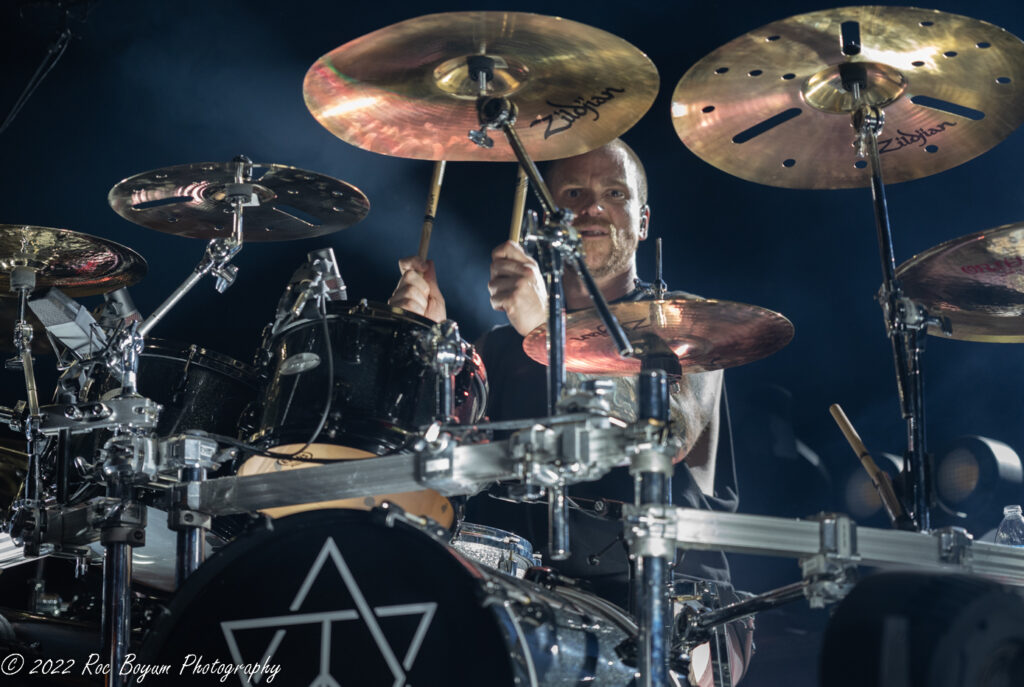 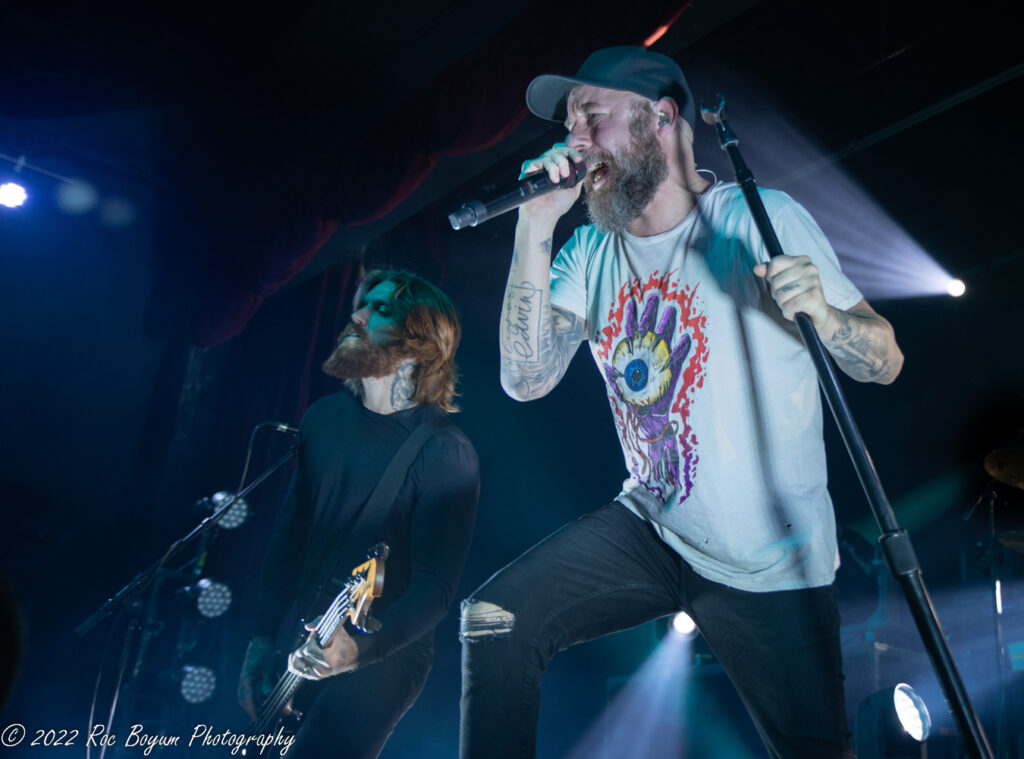 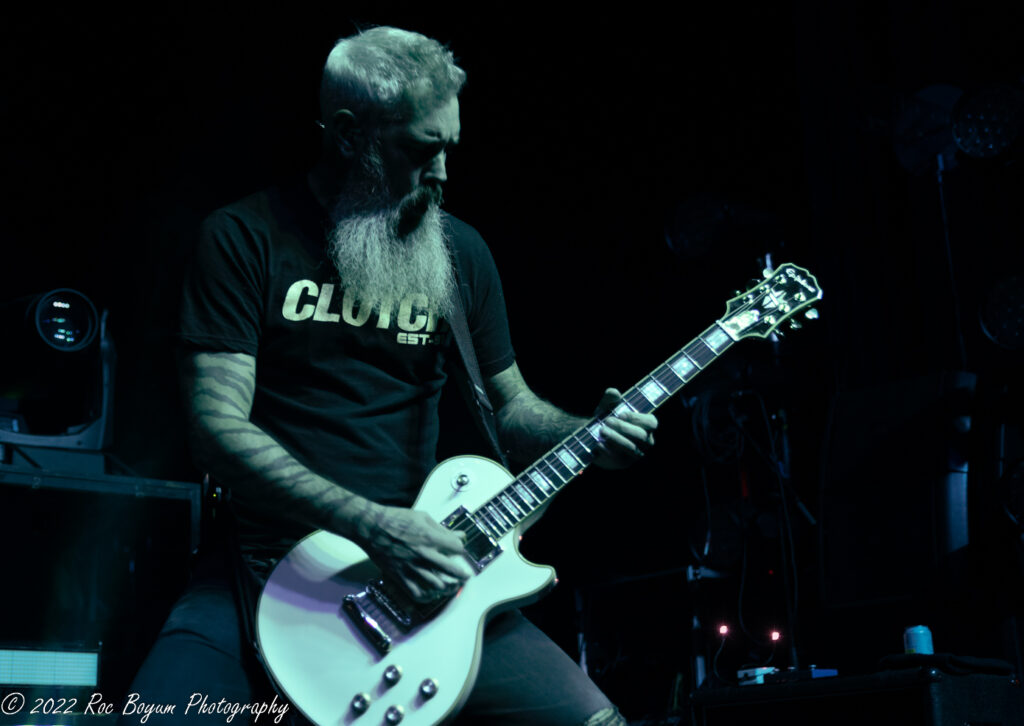 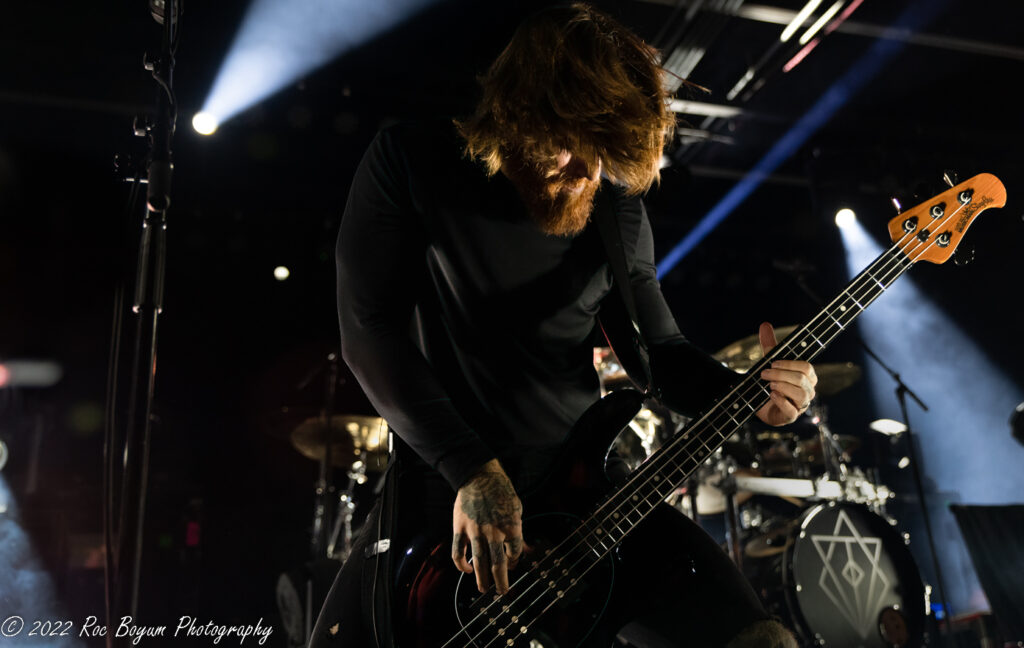 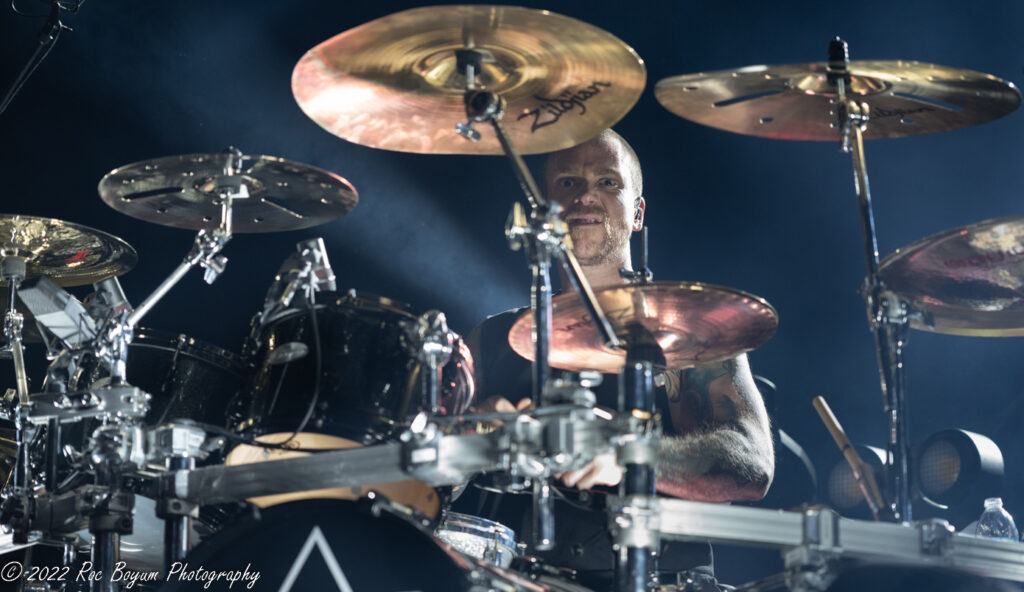 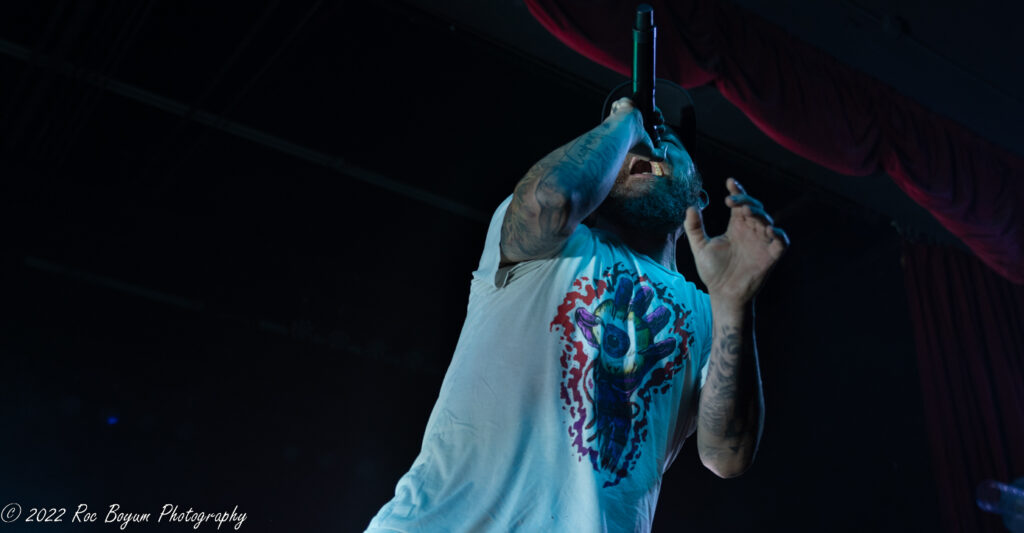 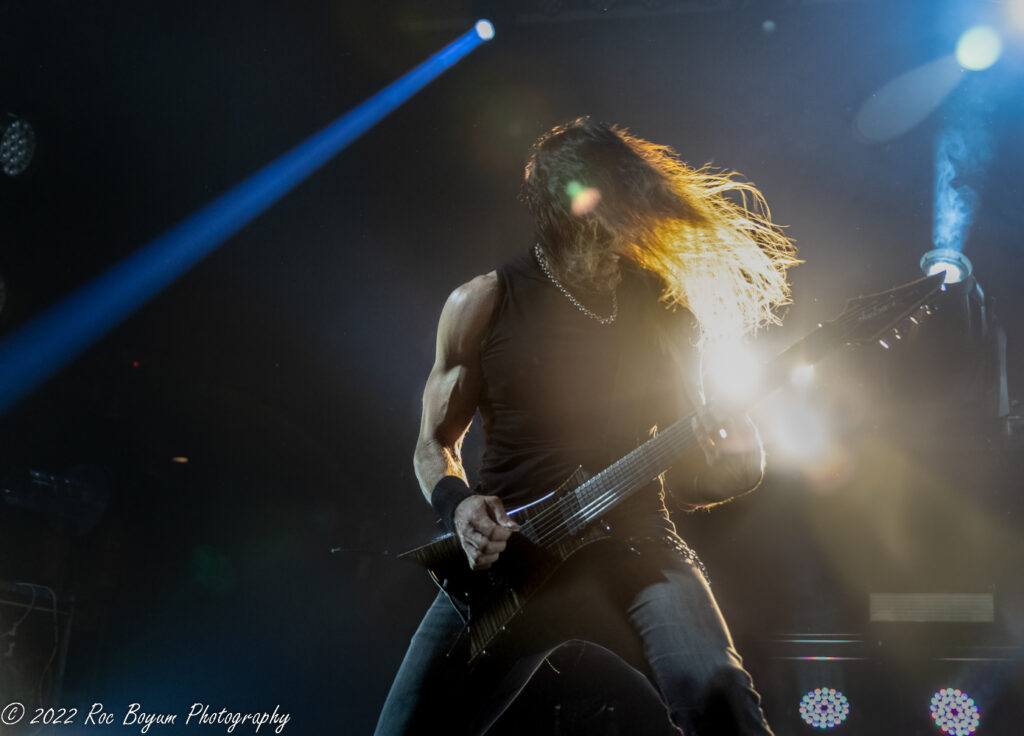 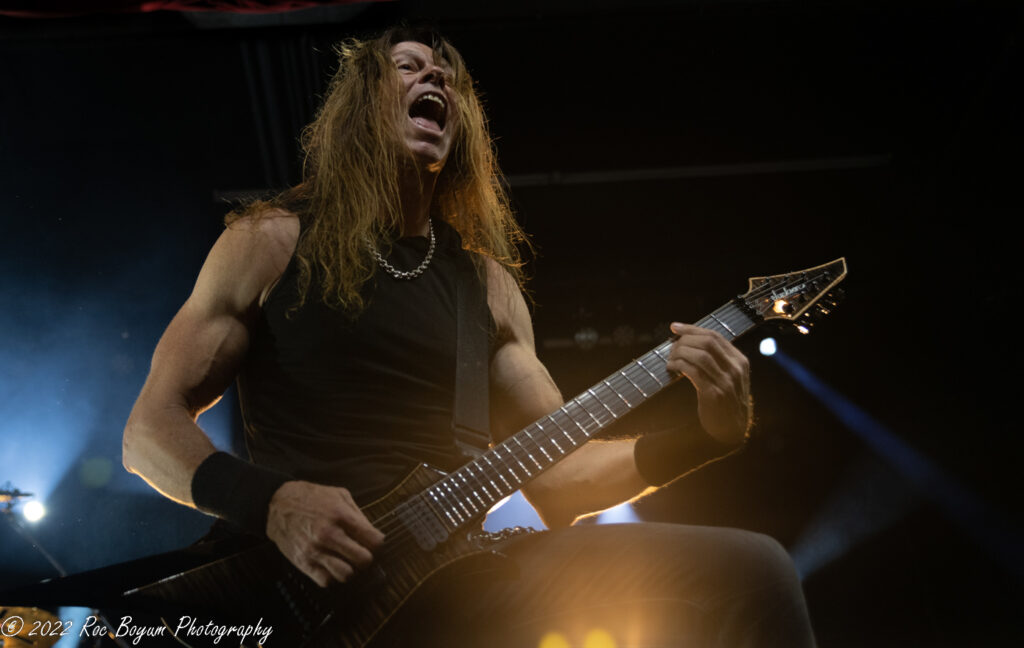 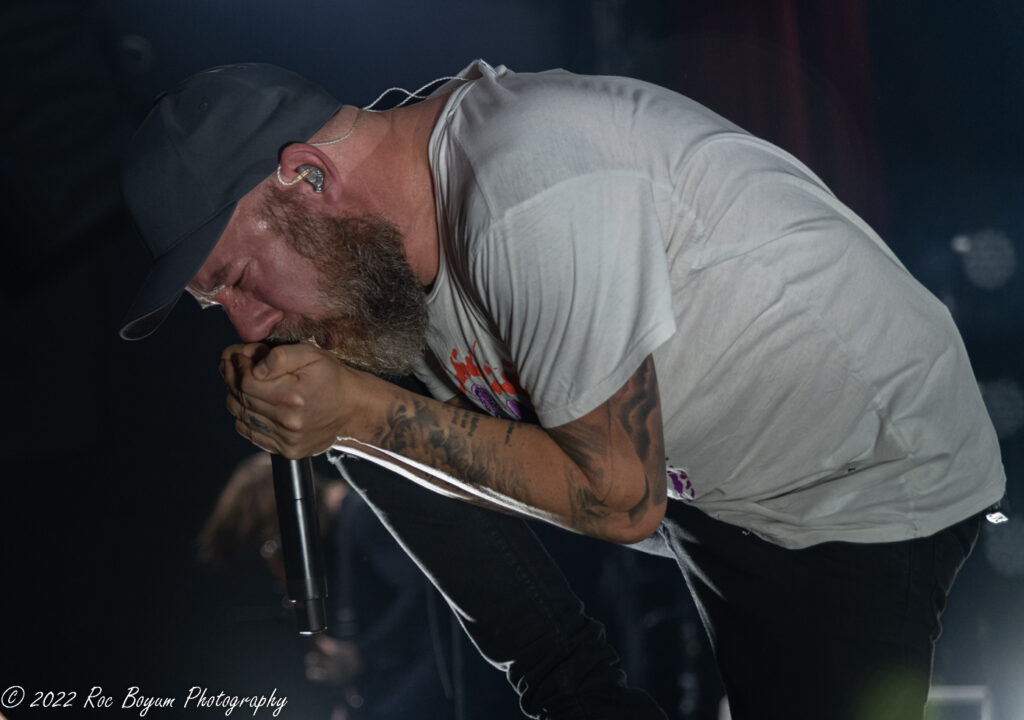 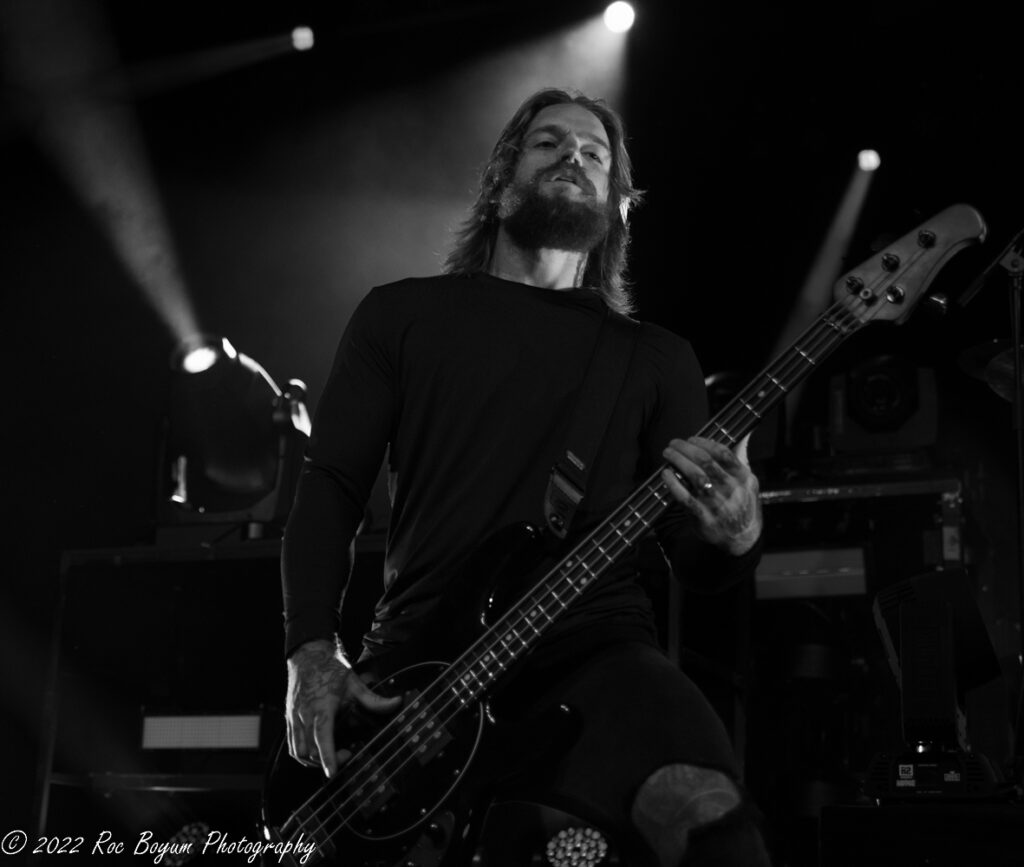 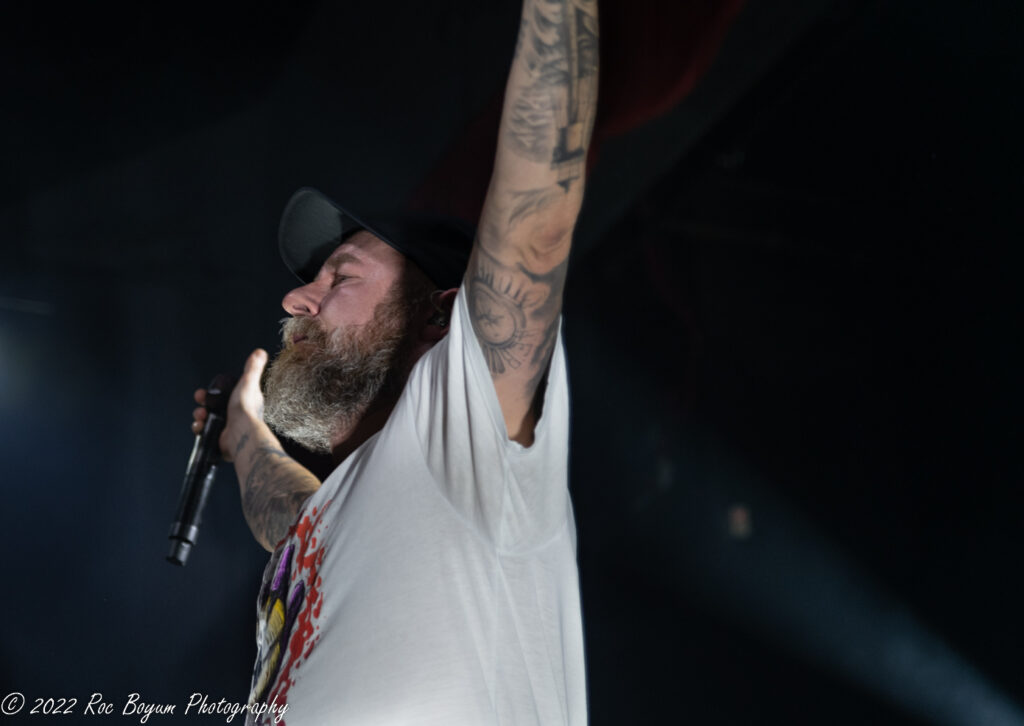 To finish off the night, the mighty Meshuggah came forth, shrouded in darkness to unleash their brand of metal that’s been called, thrash, trash, progressive and even math metal. Whatever label you want to put on it, their sound is unmistakable and their message is clear; our music is a metronomic pile driver that crushes every audience, so get on board or get out of the way. Although this tour was originally scheduled for earlier this year and then pushed back to the fall of 2022, the wait was more than worth the while and these fans lined up way early to get their pound of brutal Meshuggah metal.

Catching photos of their show was an incredible challenge to say the least, as the band was mostly back lit in red and were occasionally punctuated by flashing strobe lights; which is where I was able to catch my shots. For their entire show, you really couldn’t ascertain who was on stage; that is to say, if you saw them on the street, you wouldn’t recognize them, at least from the stage lighting at this show. Also, the band didn’t really move around that much, so what you had was a group of dark figures playing some killer music but what does this really mean? As a photographer, it took me a moment but as a metal fan it was glaring obvious that this darkened stage of relatively non-descript figures was the visual personification of what their music intends to dictate; an intense brutality that is the perfect storm for a raging circle pit and crowd surfing. Sonically, it’s all about the complex undercurrent of their jagged and staccato rhythms that is overlayed with their droning guitars that slice through the darkness with a merciless delivery. Visually, these generally dark figures who were occasionally accented with strobe lights really serves to reinforce the head hammering sound of their music; perfect!

For the photo gallery, I choose to only include one backlit dark figure shot because, well, one shot speaks for the other 90% of the shots I took and I have instead chosen to present  those shots that were caught in that split second shot of light of the flashing strobes. You still may not recognize them on the street but it’s a more interesting gallery non the less.

Throughout their show, the fists pumped, the pit raged, the fans crowd surfed and the beer washed over everyone and every part of the venue floor like the flow of a river that has crested it’s banks and was driving in whatever direction gravity would take it.

Thank you Marquee Theater for hosting such an incredible night of brutal metal madness. I for one have never experienced this venue, at this level of capacity before this show. The fans were wall to wall, shoulder to shoulder metal heads that moved as one single entity that shook the very foundation of the venue; it may take some time for The Marquee to recover.

Get out and support live metal and show up early; you’ll be glad you did!

Get Into Meshuggah Here! 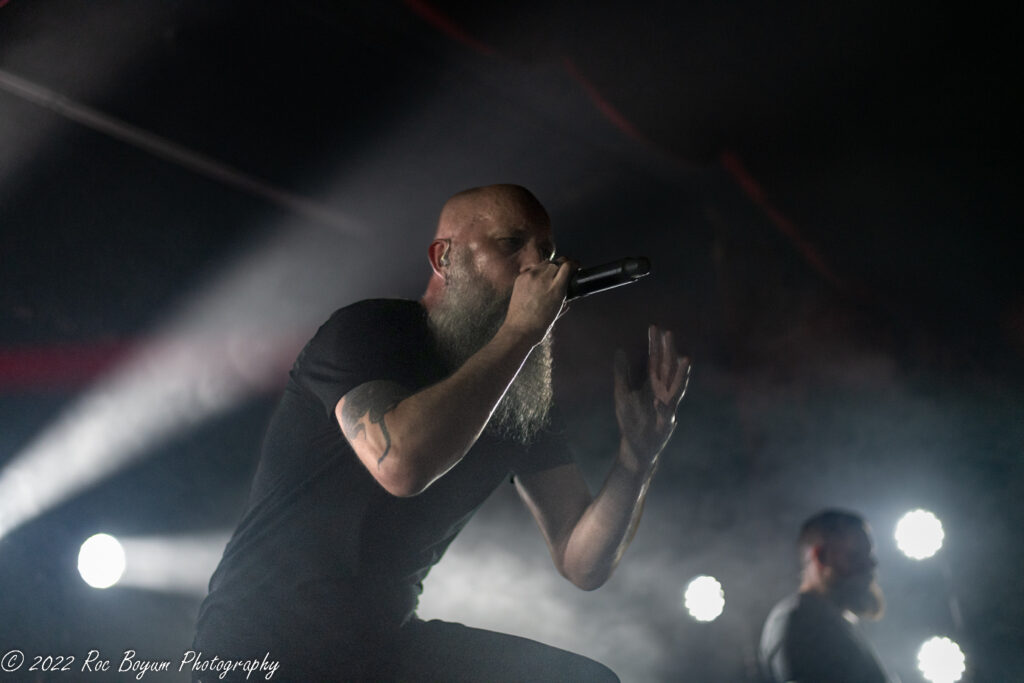 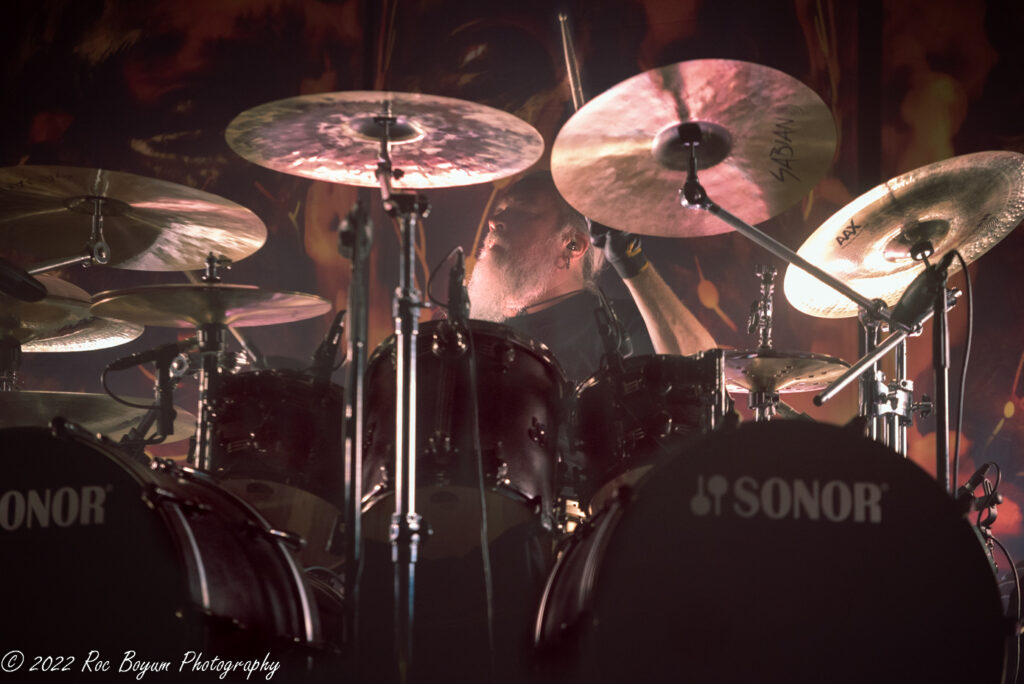 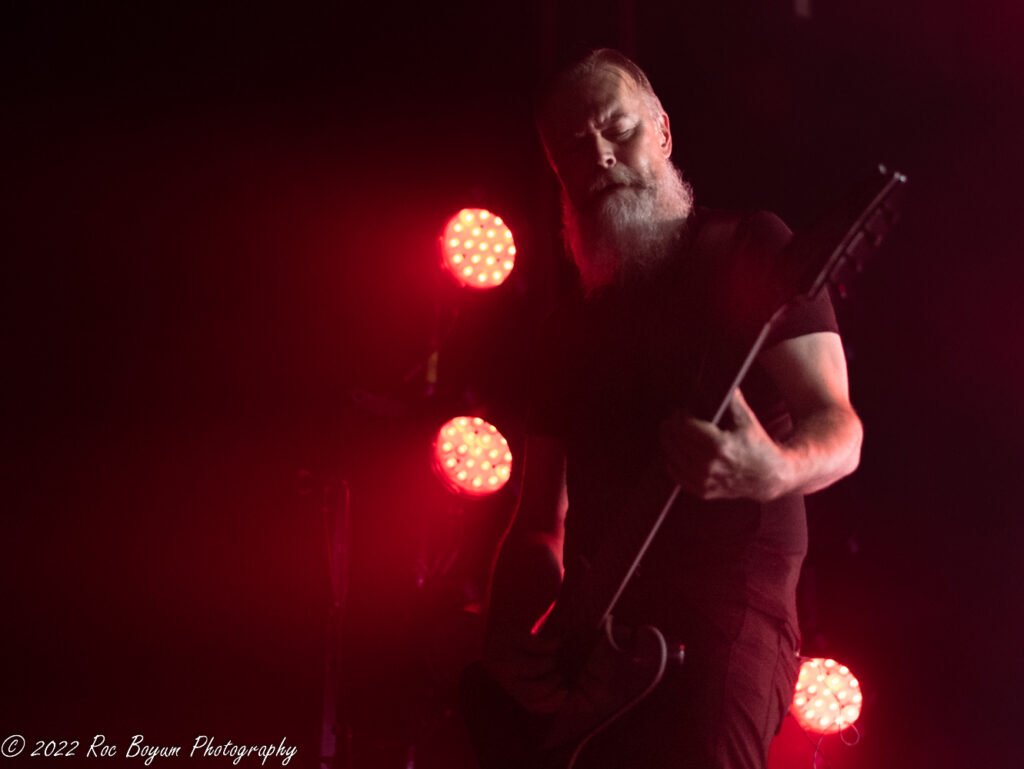 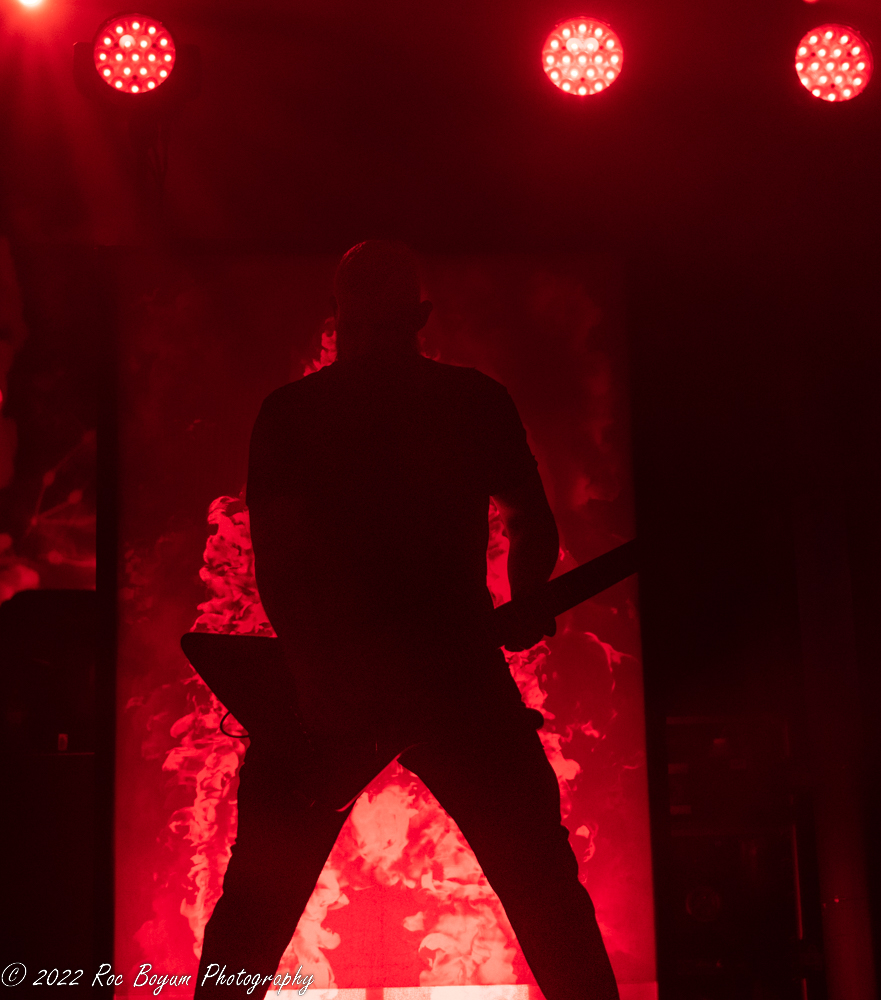 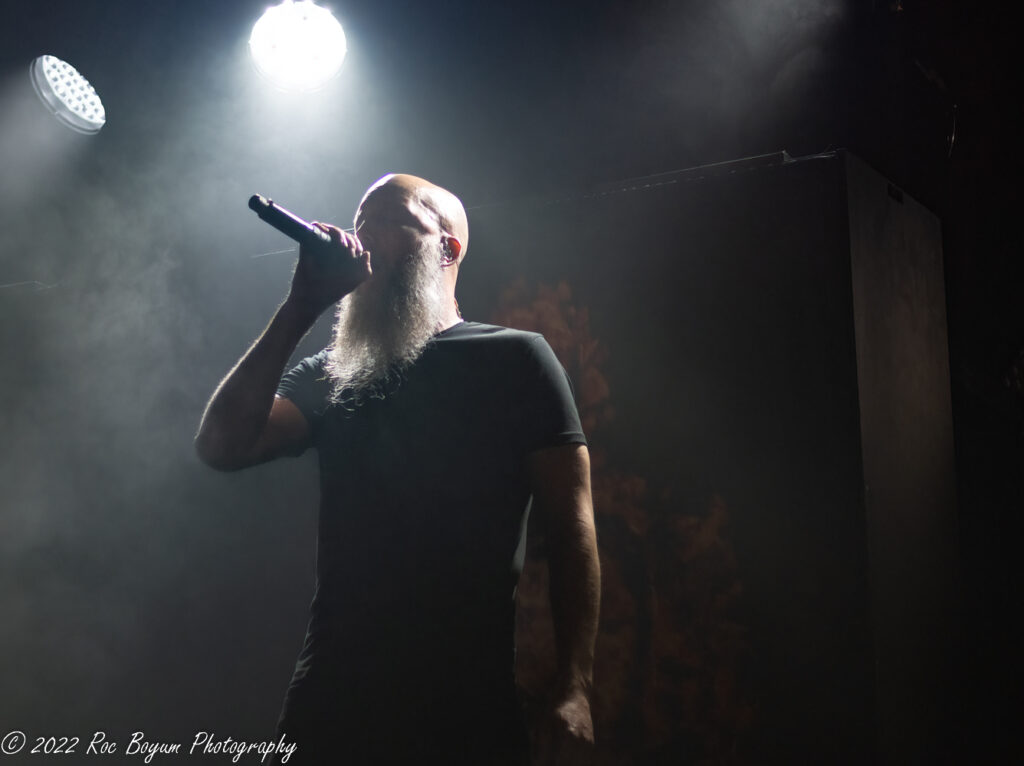 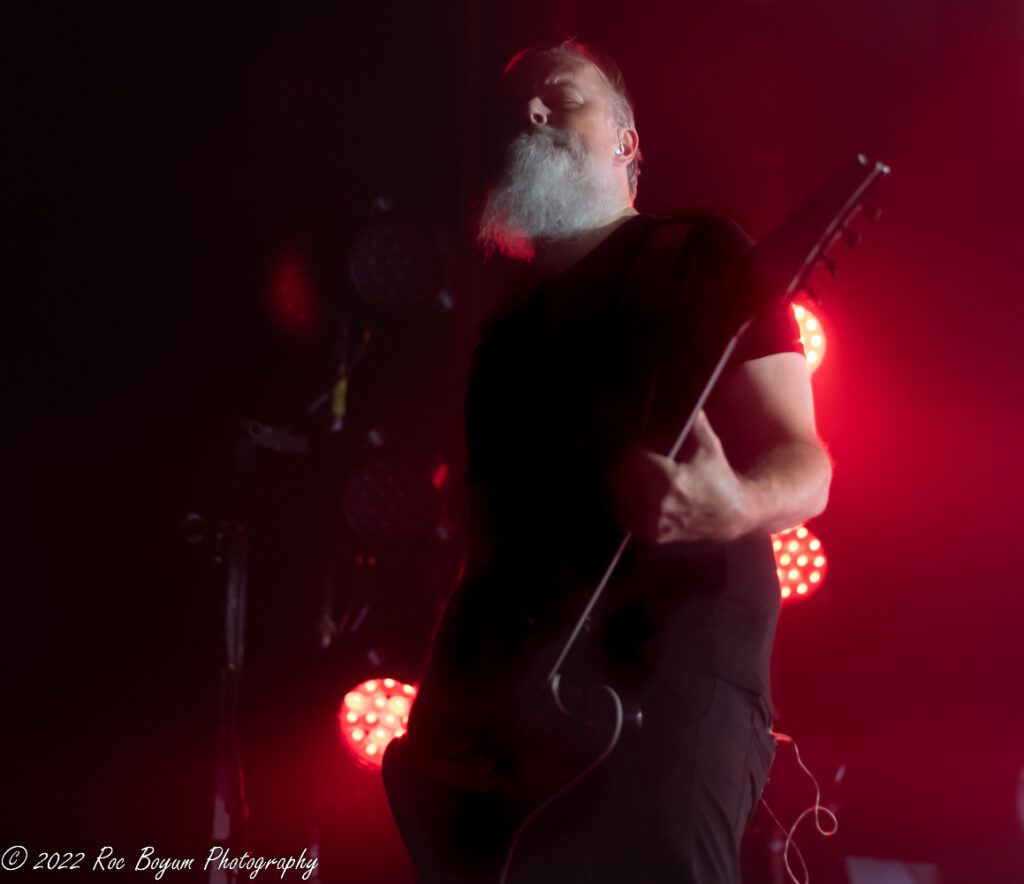 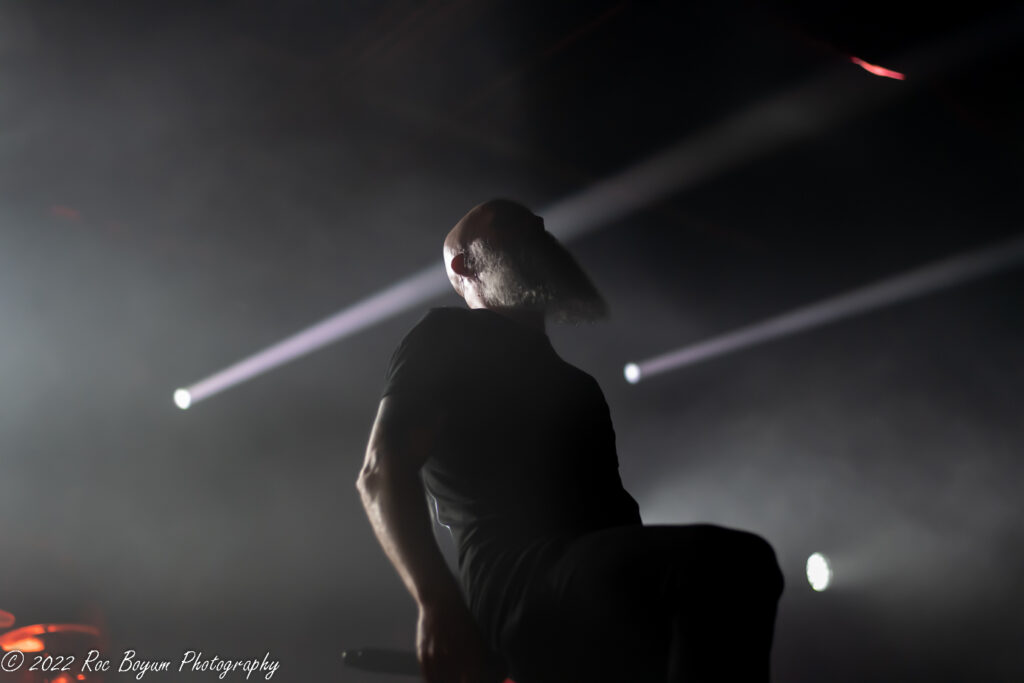 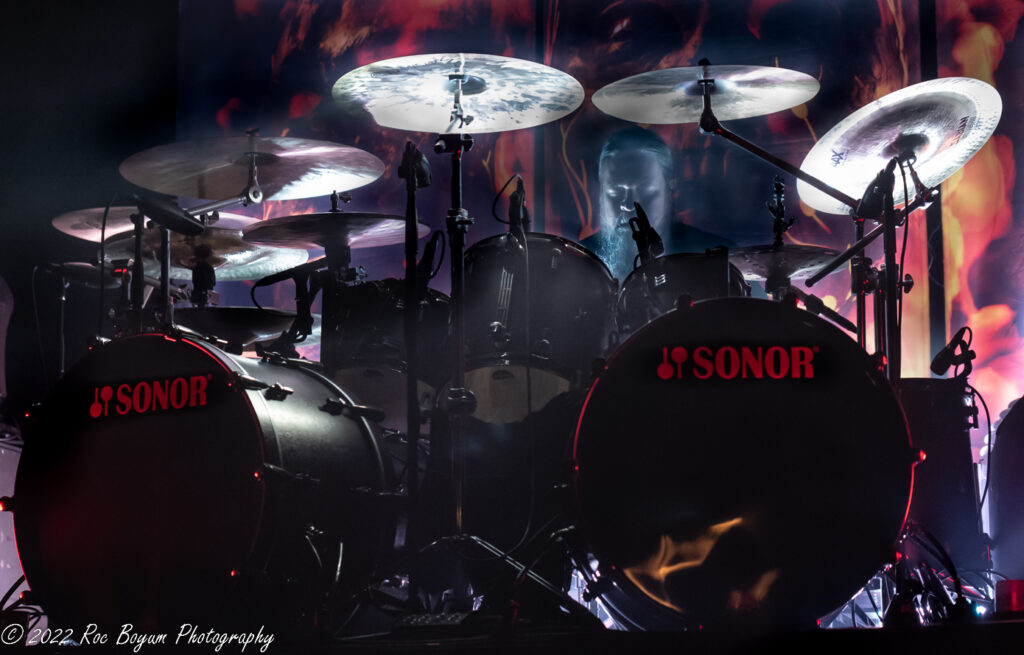 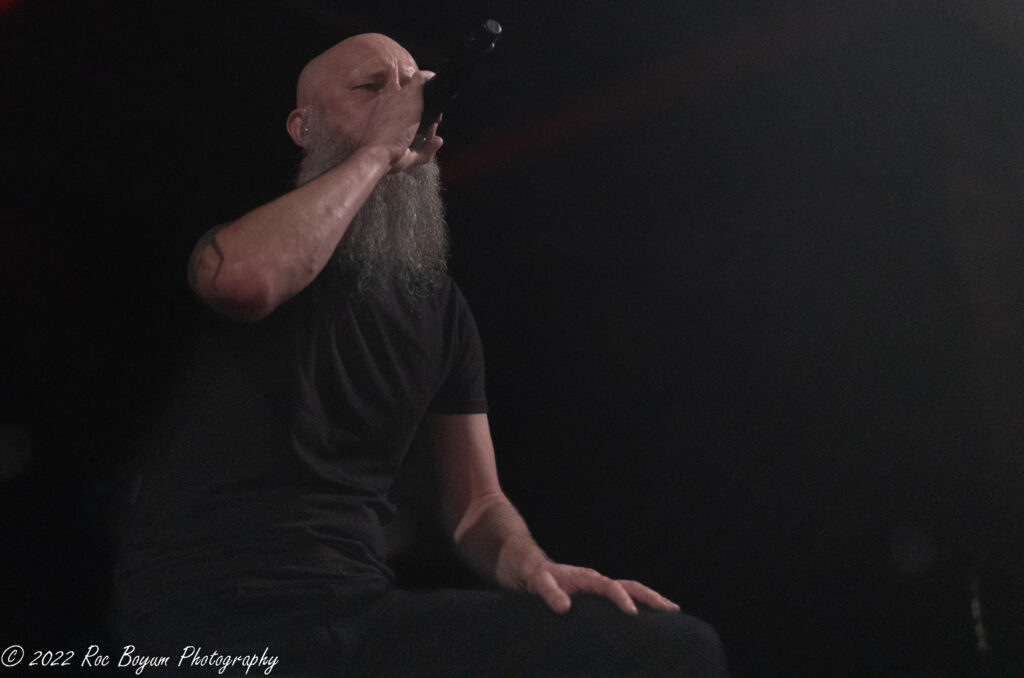 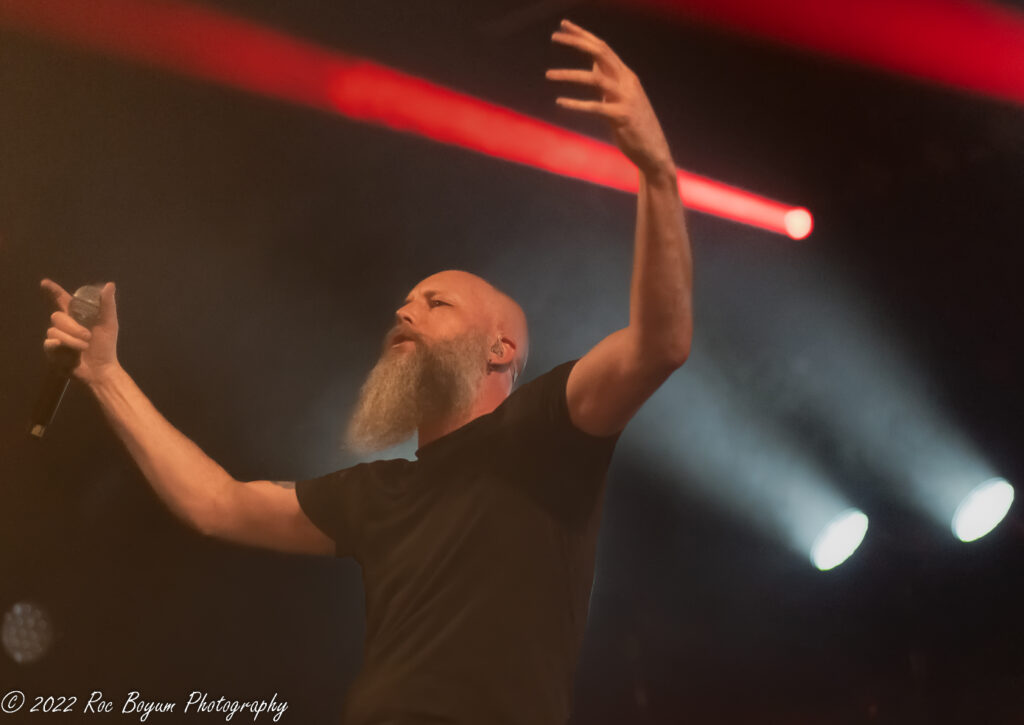