Masters of Metalcore, MMI, gave the Nile Theater in Mesa AZ a crushing show on September 06, 2022 with their brand of brutal metal that yields no compromise. The combination of singer Levin Benton’s frantic pace on stage and the non-stop flashing strobe lighting created a manic atmosphere that had the circle pit and surrounding audience whipped into an electric and often feverish frenzy. The fan support for MMI was pretty damn impressive considering that this was a Tuesday night, and the venue was at near capacity. MMI fans are brand loyal to a band that has a sixteen year history of making metalcore music while remaining true to their metalcore essence and all the original members; which speaks for the integrity of this band. MMI has never bent to the whims of the latest industry hype or mood and have always remained true to who they are; a blistering FN’ MetalCore band without compromise!

For those not yet familiar with MMI, AKA-Miss May I, they are: Singer- Levin Benton, Lead Guitar-B.J.Stead, Rhythm Guitar-Austin Aufdemkampe, Bassist/Vocalist-Ryan Neff and Drummer-Jerod Boyd. . While the entire audience was usually found pumping fists and singing right along with band, things were most engaging when singer Benton would ask for an old school circle pit that would immediately add throngs of fans to the already ensuing pit. When Benton asked the audience to give a show of hands, the venue quickly became a unified sea of pumping fists and horns in the air with an electric energy that filled the room; fn’ brilliant!

The band’s set consisted of thirteen songs from six of their seven studio LPs with their latest, Curse of Existence the most represented and Rise of the Lion the only LP that was omitted from their set. Their set also included a shredding drum solo by Jerod Boyd, who hammered out an undercurrent of speedy double bass drum sixteenth notes while engaging in a relentless battery across his kit that was a combination of rhythmic melody and an all out assaulting attack around his multiple tom-toms, snare drums and cymbals to create a beautifully bombastic solo that was met with a resounding roar of appreciation from the audience.

As mentioned, their latest, Curse of Existence LP was the LP most represented in their set, starting with the opening track; “Unconquered”. Additional songs from that LP were; “Free Fall, Into Oblivion, Bleed Together and Earth Shaker”.

MMI puts on a serious show of exploding energy that has the audience constantly thrashing about, and, is a show that engages the most serious fans of metalcore while turning the casual weekend rocker into a metalcore fan who will want a steady diet of metal madness.

If you’re ready to get into the mix of an all out brutal show by a band that gives you a 150% performance; MMI will give you a night of metalcore and a concert experience to remember; get into it now!

Get into MMI Here! 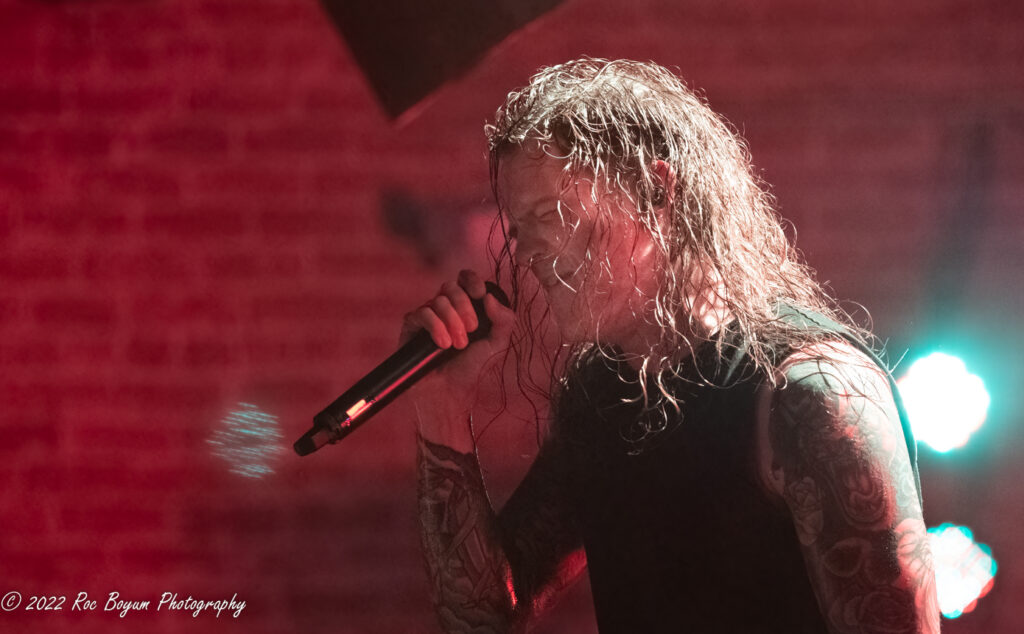 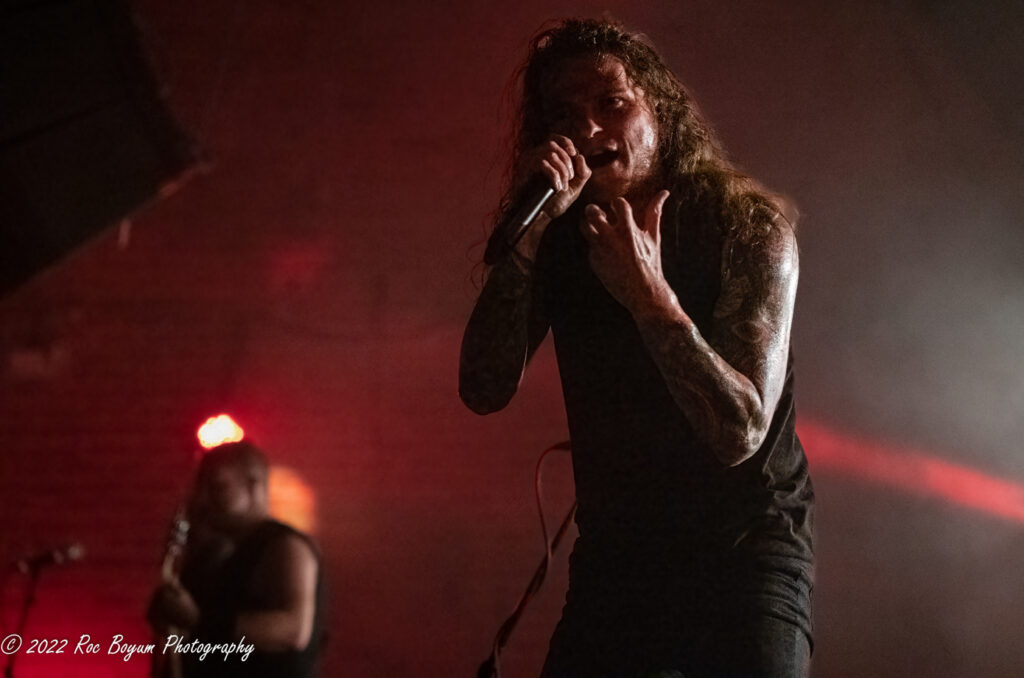 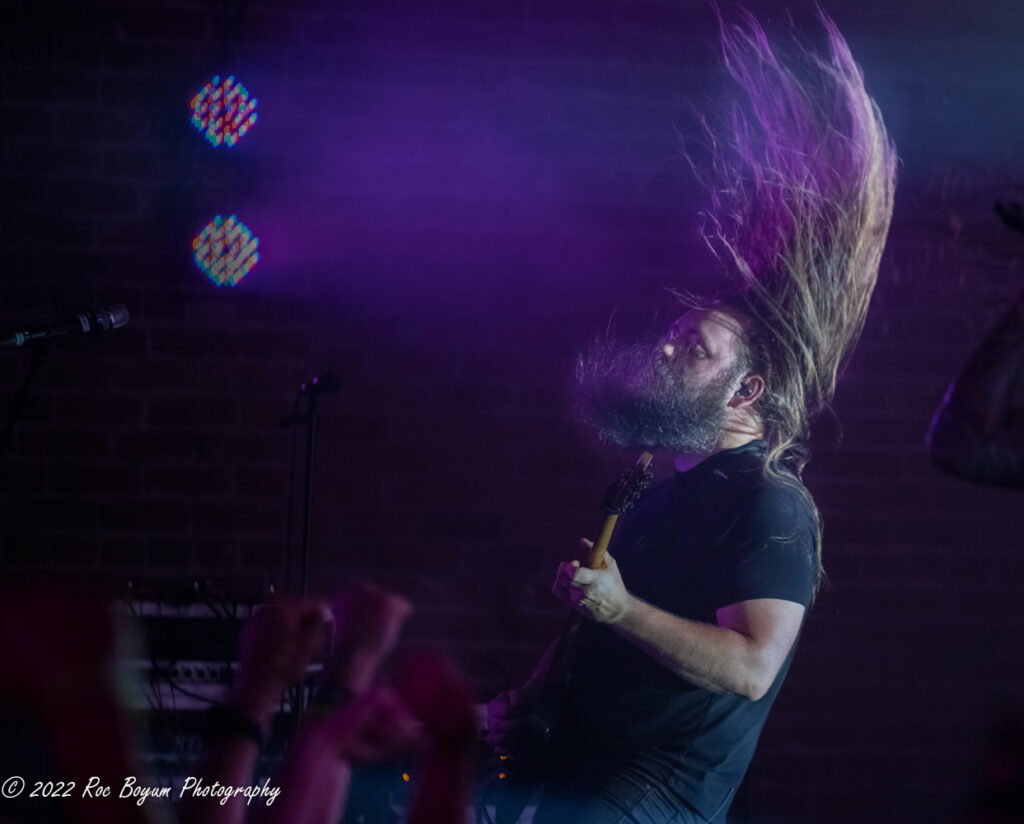 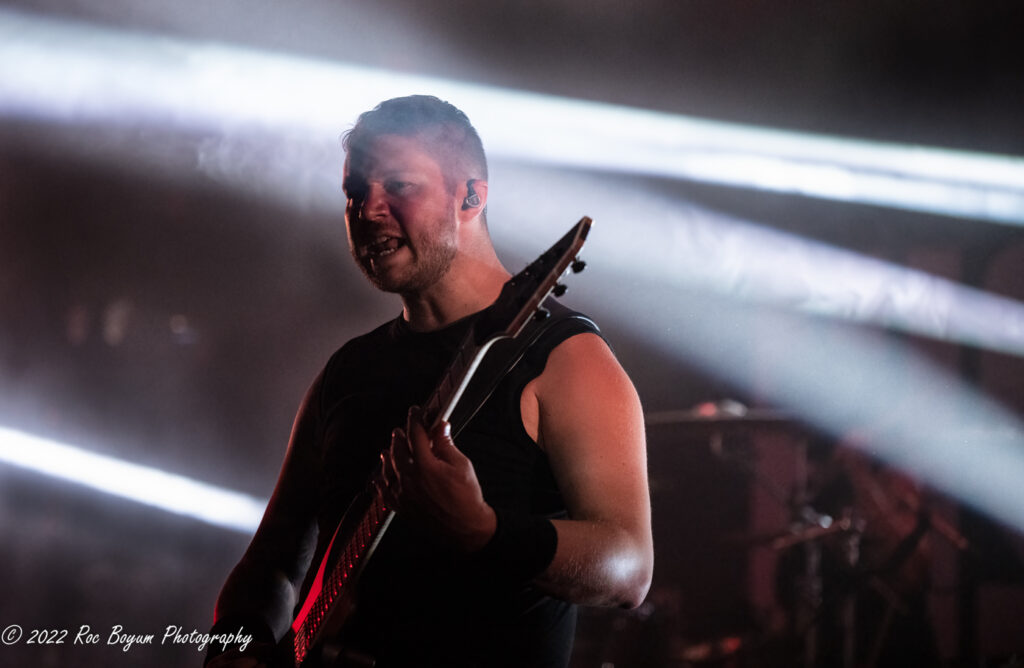 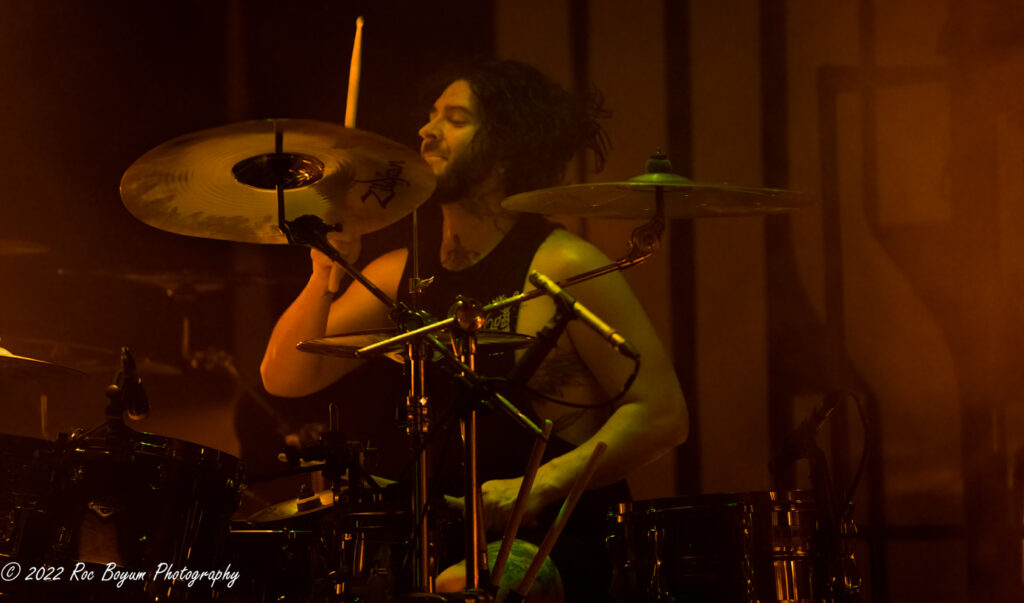 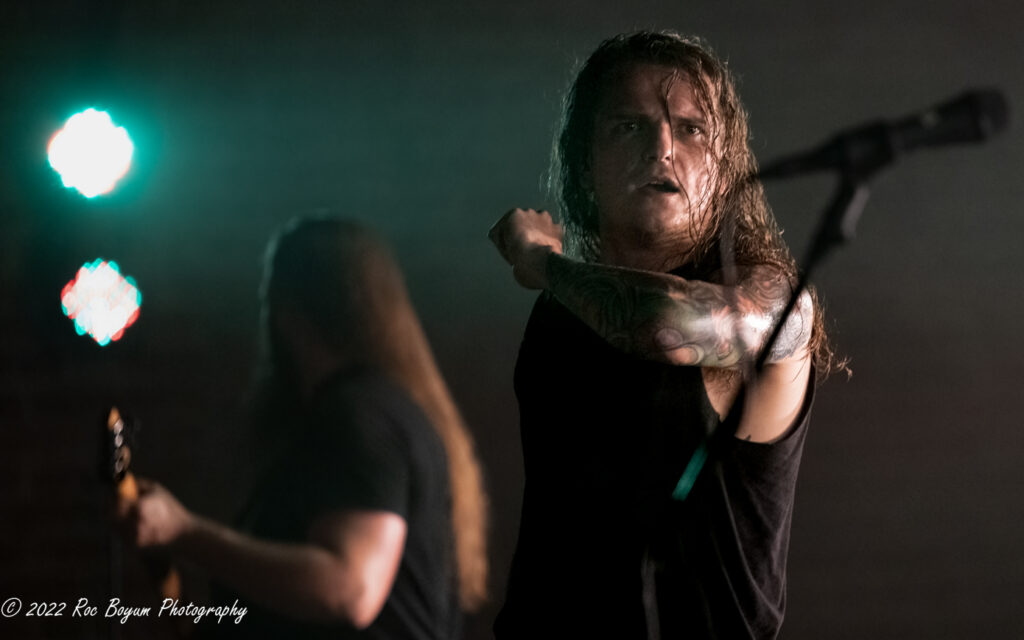 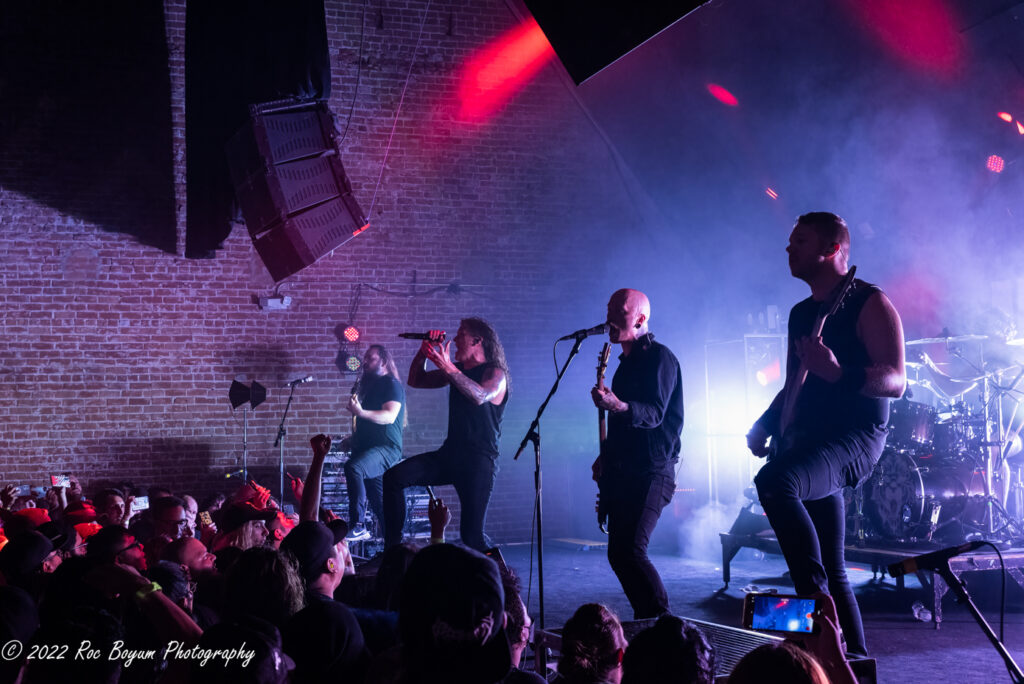 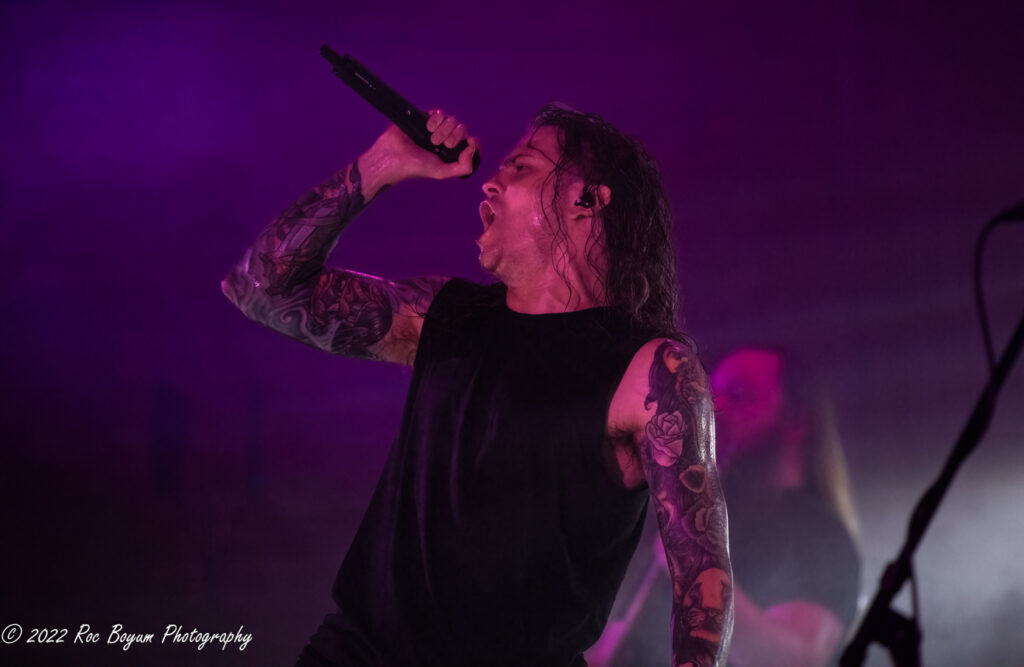 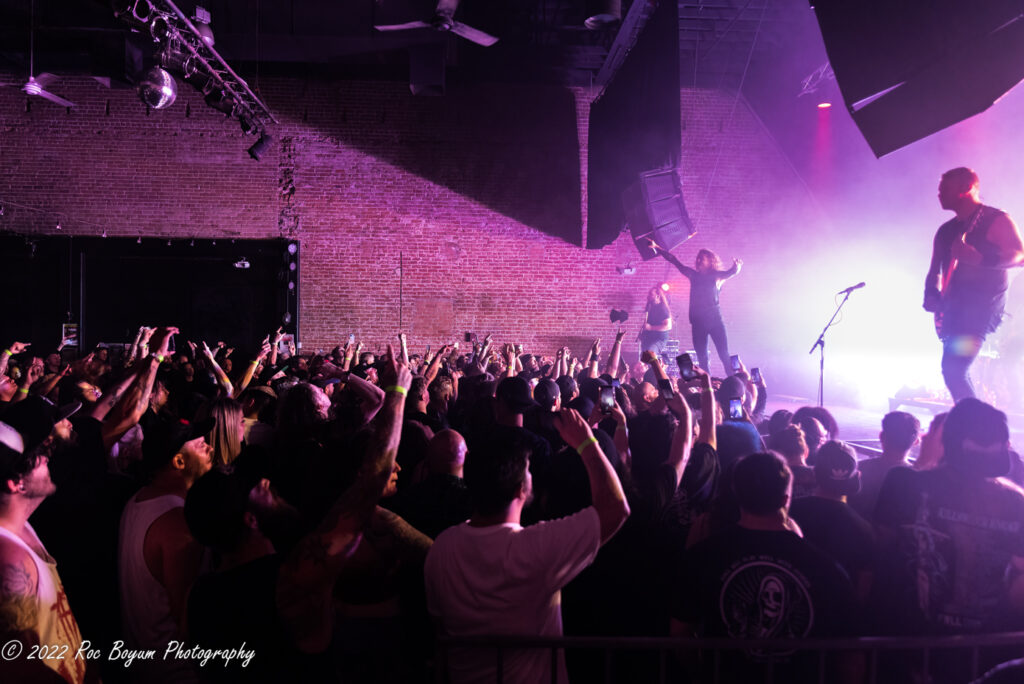 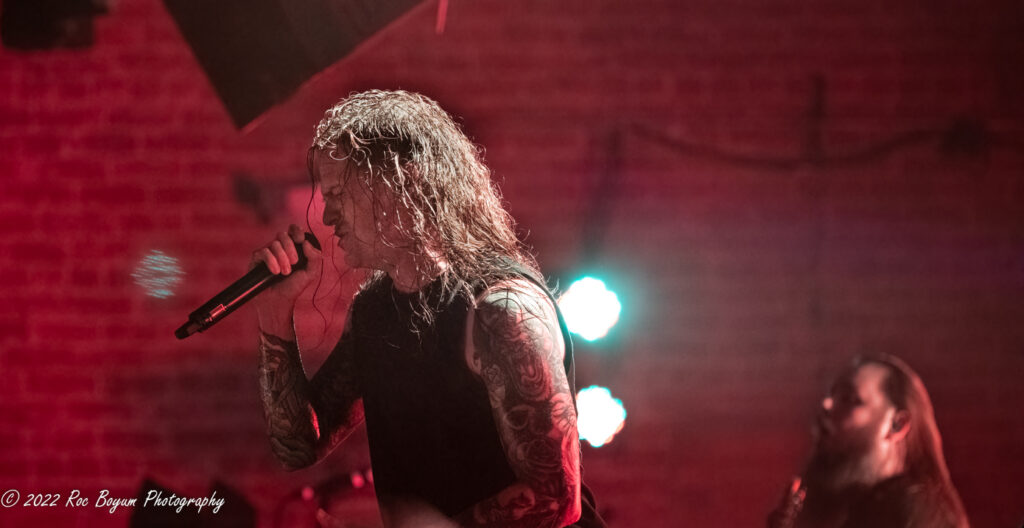 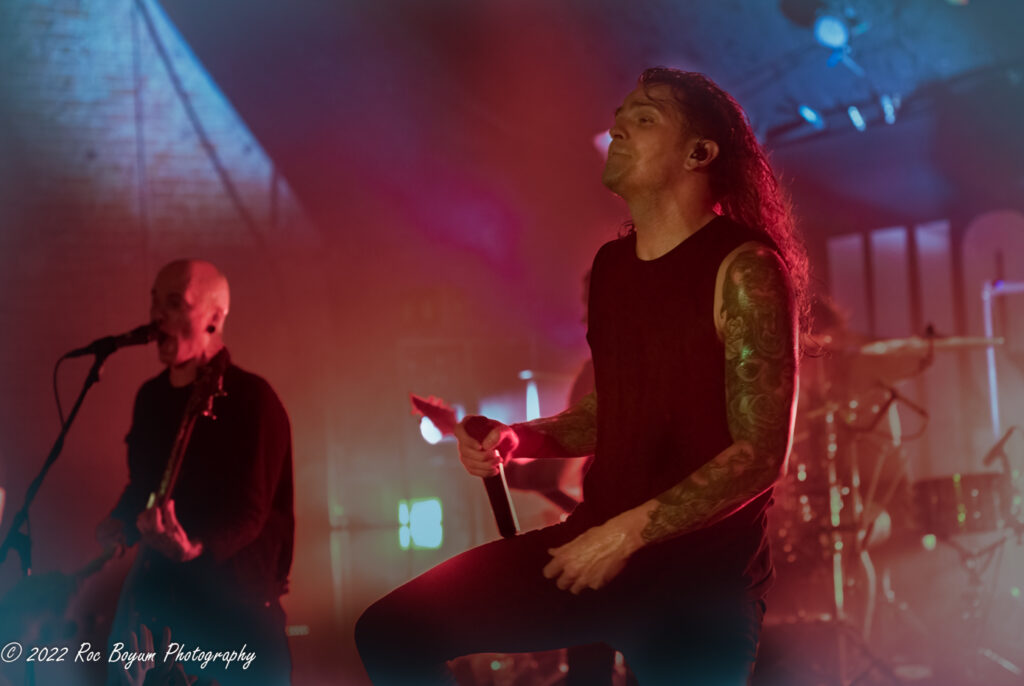 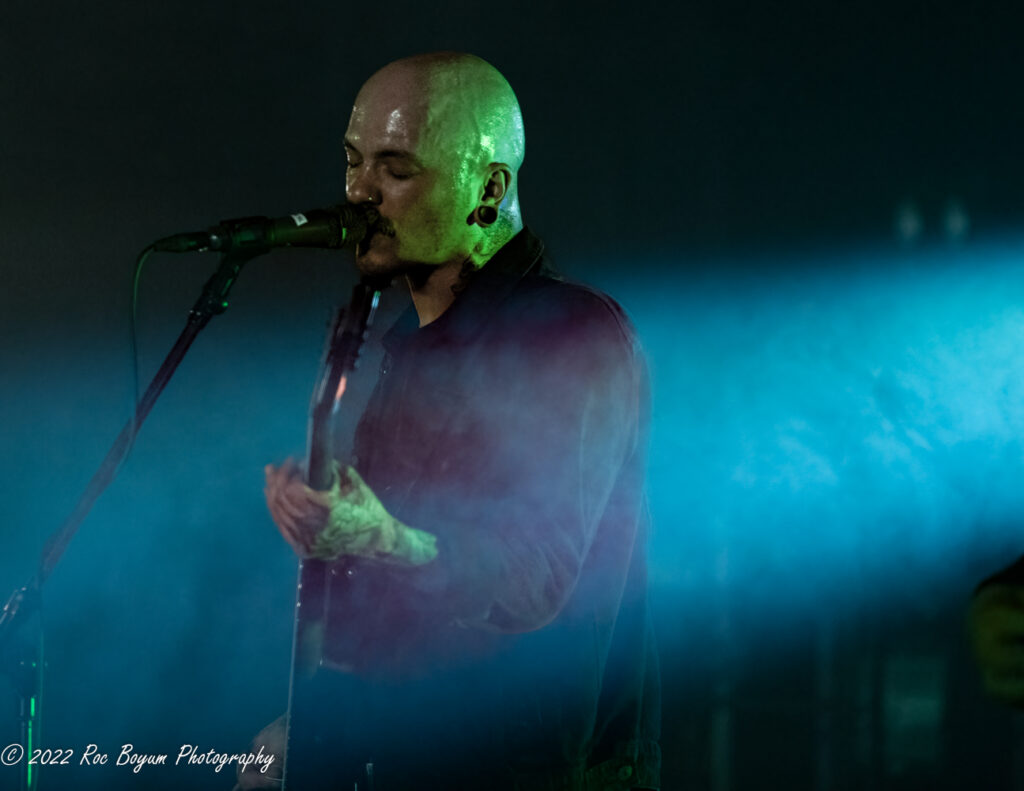 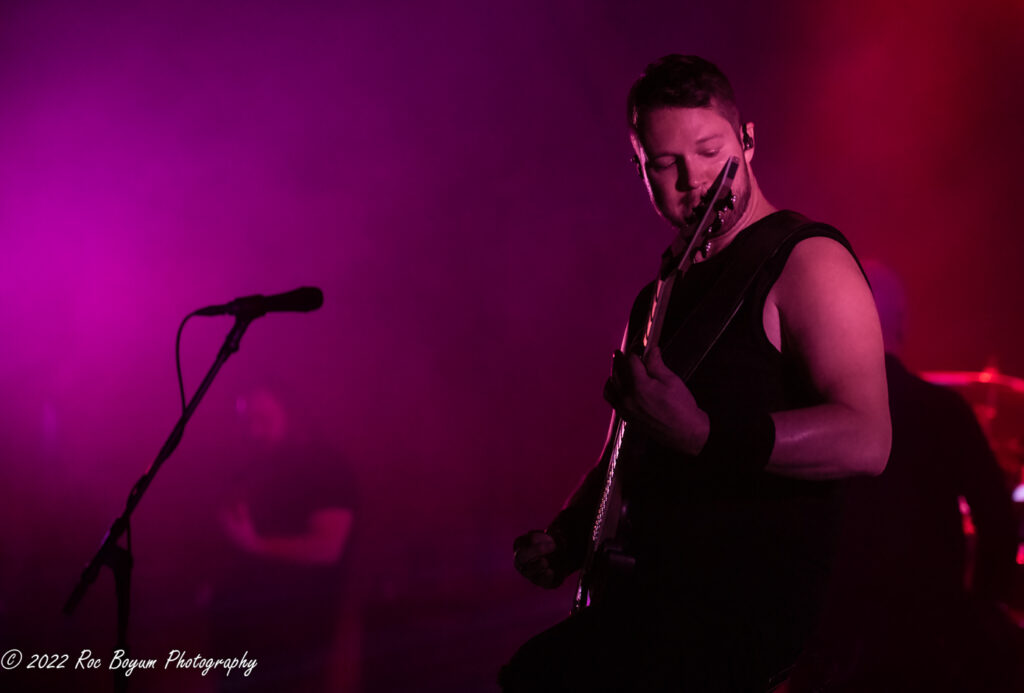 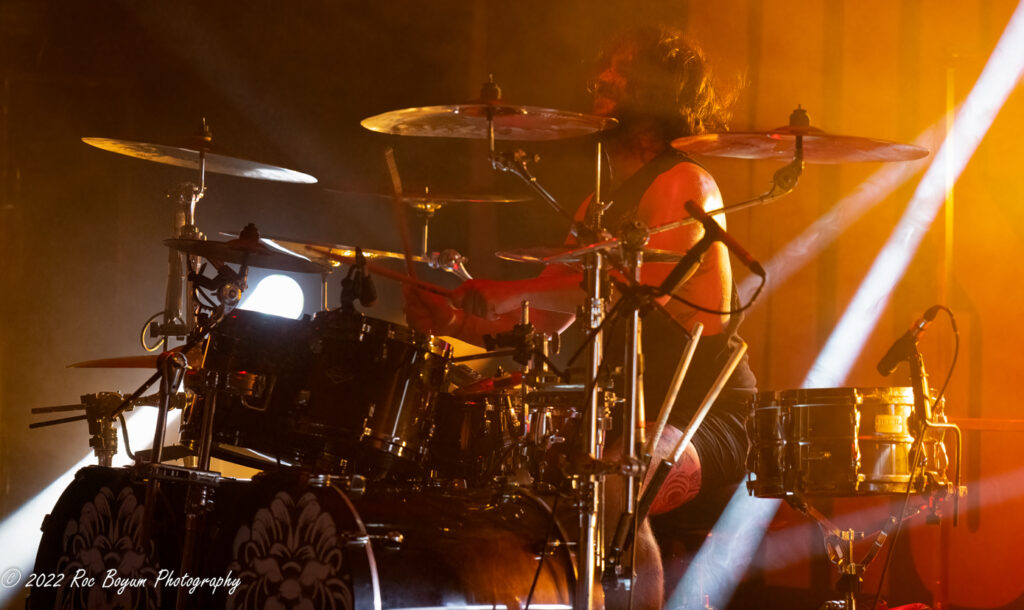 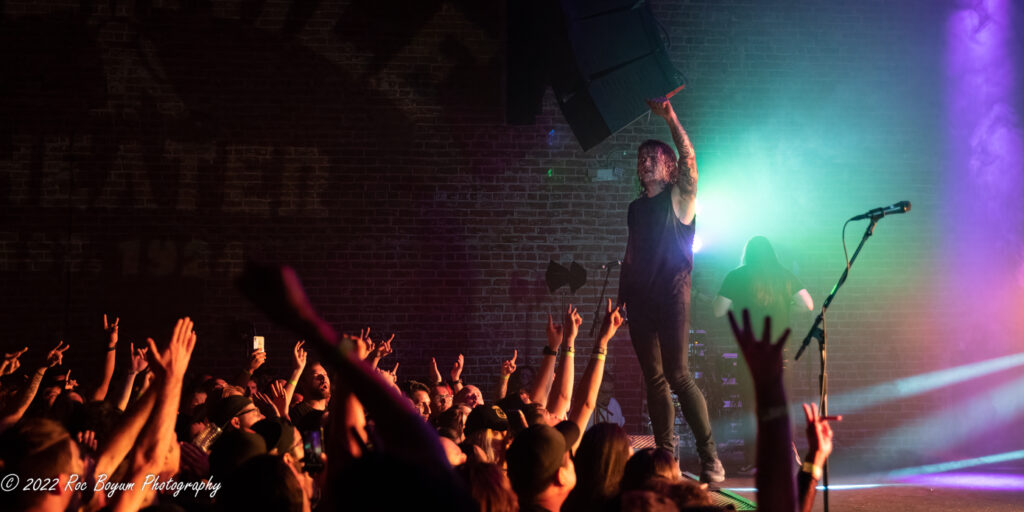 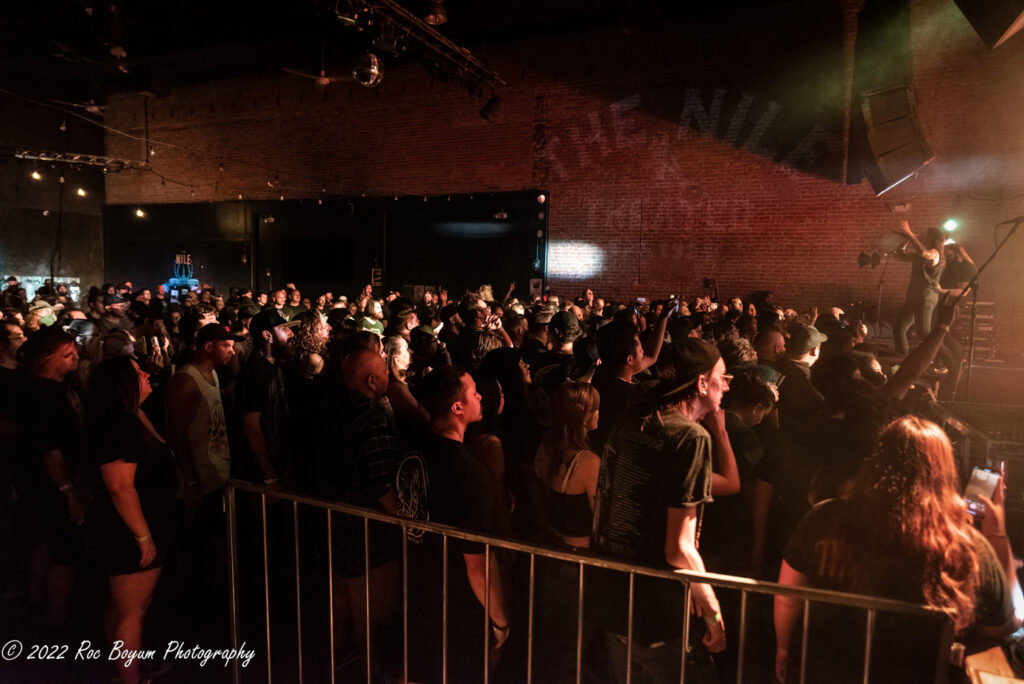 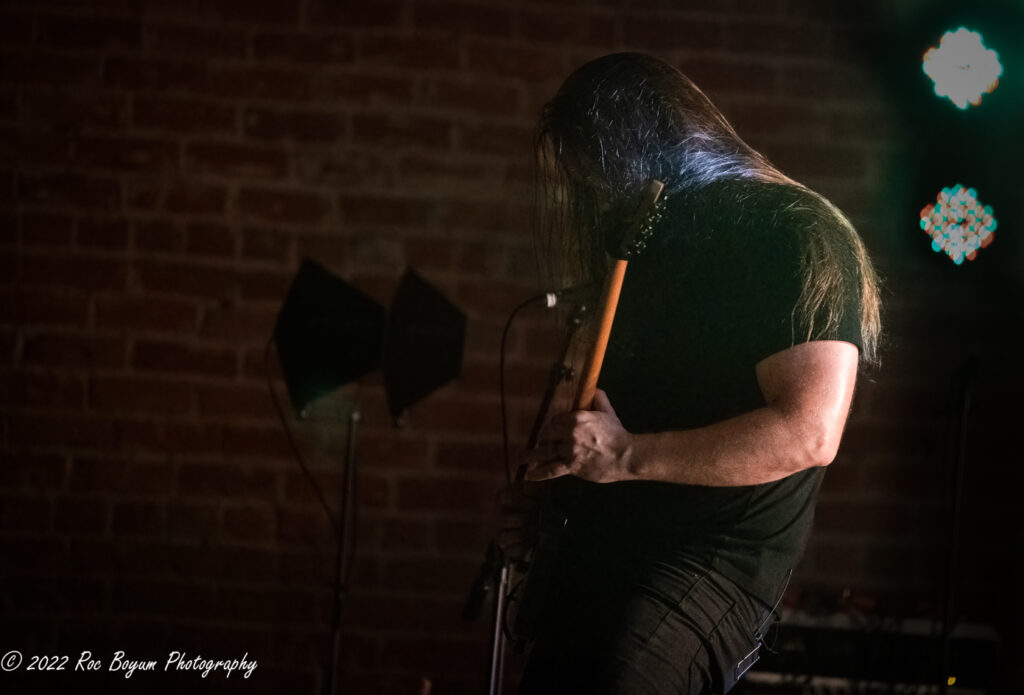 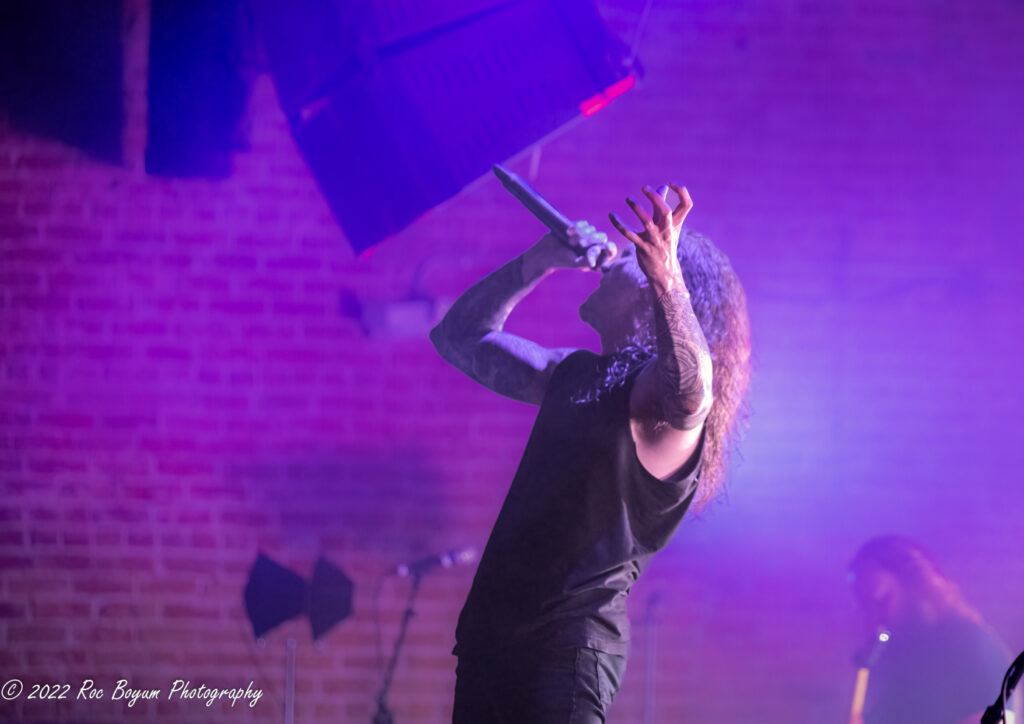 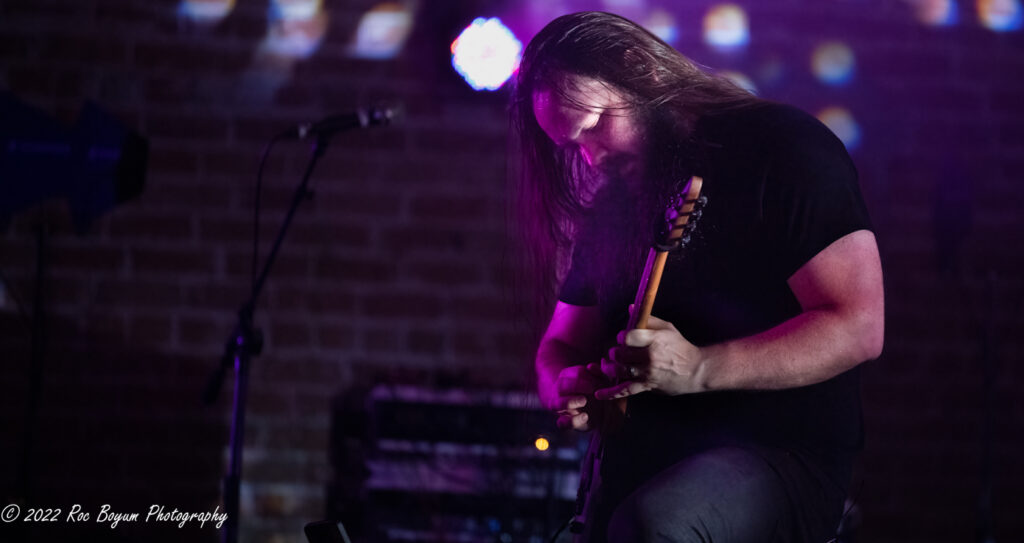 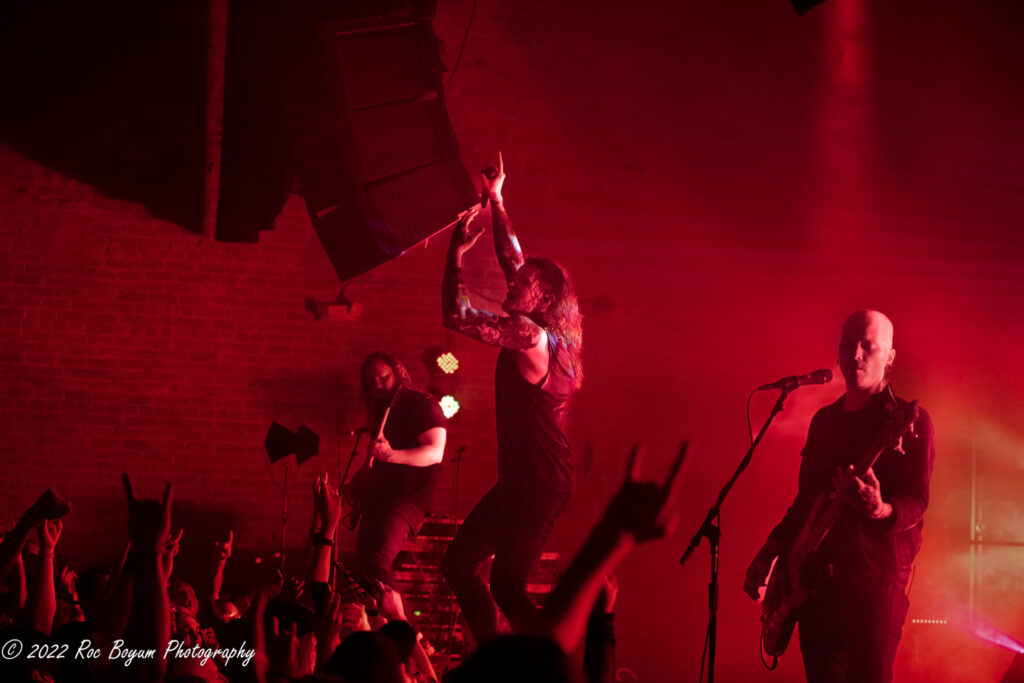 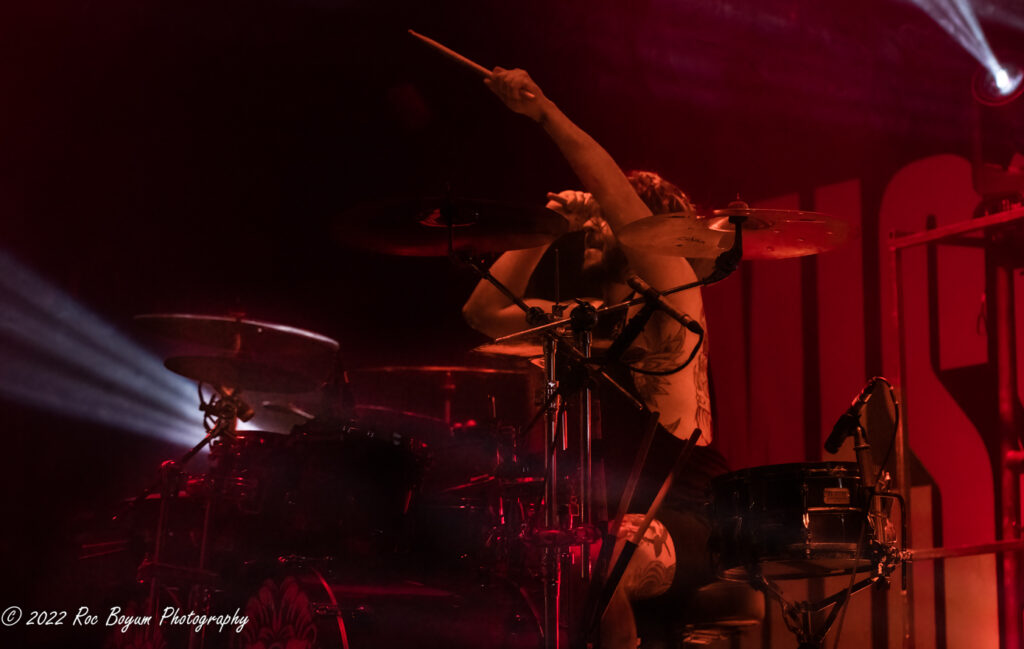 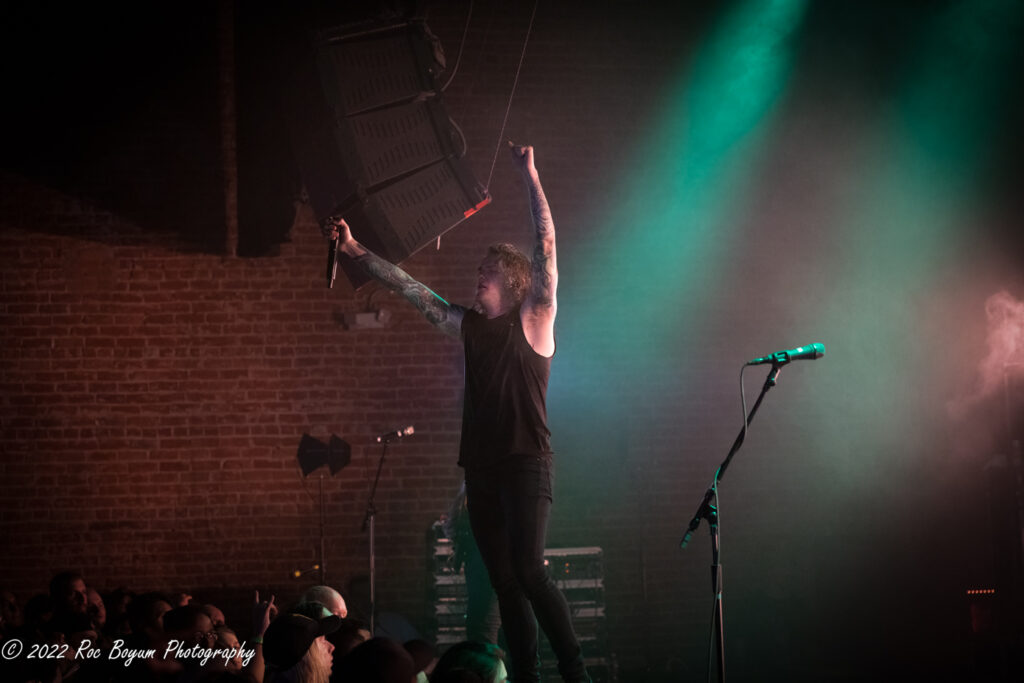