In This Moment Live At The Wiltern Theater In Los Angeles on Wednesday, October 18, 2017 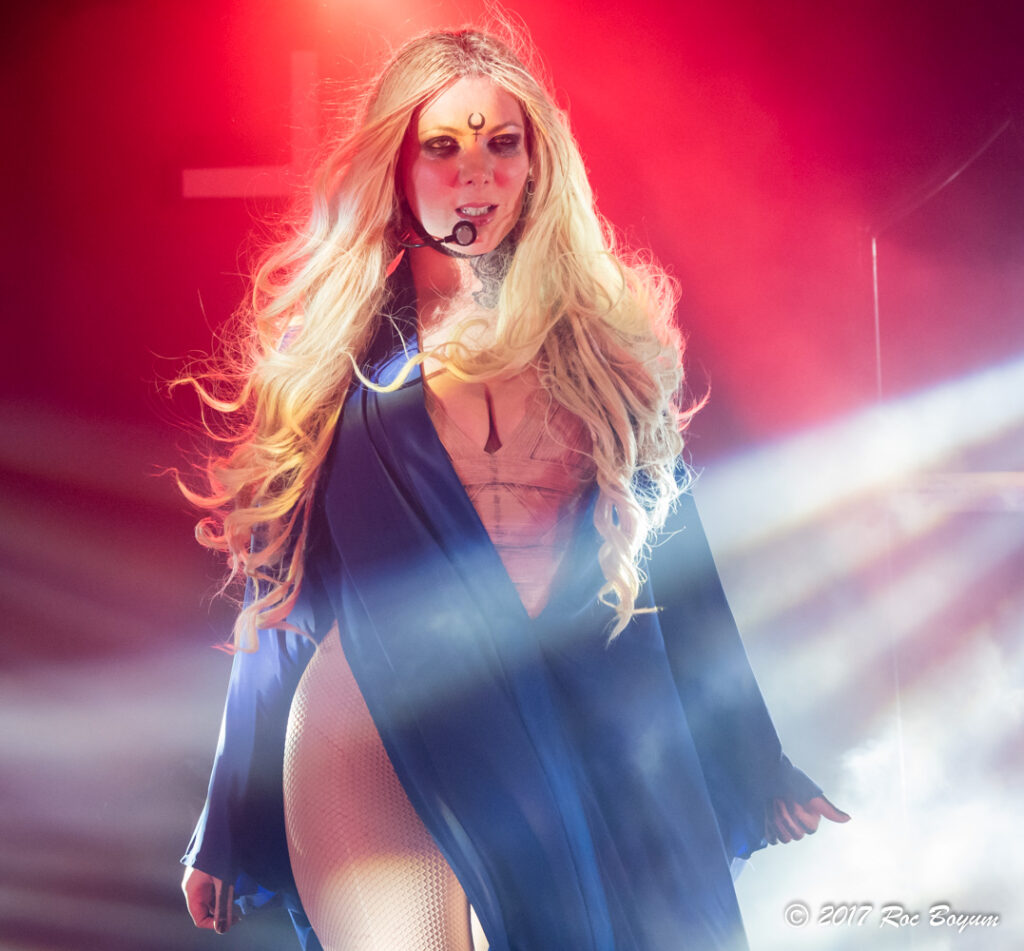 Maria Brink In This Moment

In This Moment’s “Half God, Half Devil”

ITM returns this fall as they make their way to the west coast with a stop in Los Angeles at the Wiltern Theater. 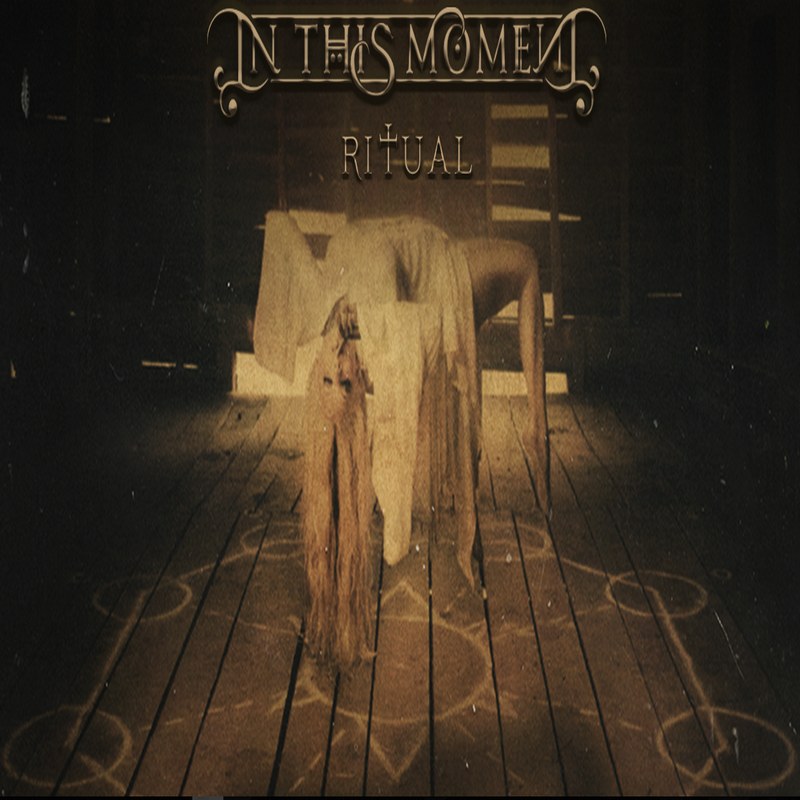 The new Ritual LP has Maria Brink and In This Moment on a trajectory that is musically evolving, expanding their musical evolution beyond the industrial metal sound for which they are so well known. Ritual unleashes the band’s musical abilities giving In This Moment a musical horizon without boundaries.

The LP has an awesome Rob Halford guest appearance on the track Black Wedding and a cover of Phil Collins’ “In The Air Tonight” where Brink has really charged up the vocals.

Check out the video of Oh Lord from the Ritual LP.

Maria has stretched her vocals into new and different dimensions which have elevated the LP into an exciting new realm, while giving the listener all the vocal elements that Maria is so well known for. Chris Howorh is back on guitar after recovering from his neck injury and sounding better than ever with an often stripped down and more gritty sound!  The “Half God, Half Devil” tour brings us an all new and elaborate stage show for a concert event you absolutely do not want to miss!!!

YOU DON’T WANT TO MISS YOUR CHANCE TO SEE IN THIS MOMENT! 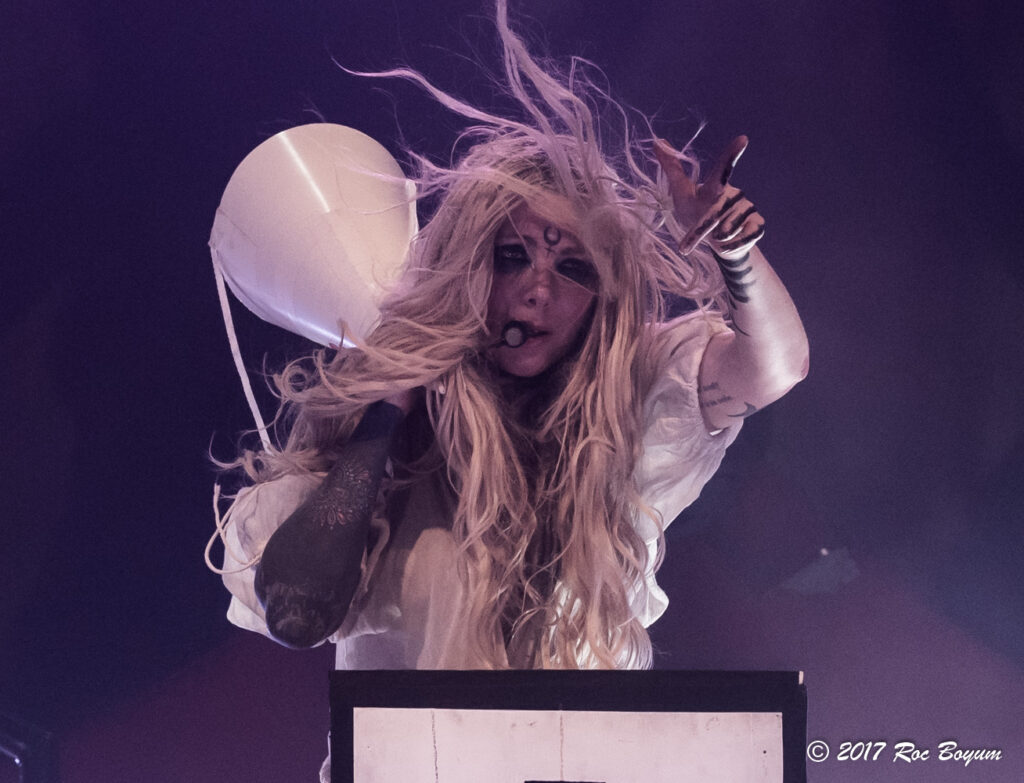 IN THIS MOMENT, Ritual LP DEBUTS TOP 25 ON BILLBOARD TOP 200;

In This Moment‘s sixth album Ritual has arrived and is heralded by the “Half God, Half Devil” headline tour, which has been packing houses all summer and features the Top 10-and-climbing rock single “Oh Lord.” See the video above.

The album enjoyed a huge Top 25 debut on the Billboard Top 200 chart and a Top 10 debut on the Top Current Albums Chart, with nearly 22,000 copies sold first week.

As In This Moment continues their wildly successfully “Half God, Half Devil” headline tour, Los Angeles anticipates the return of Maria and the band as they perform the new Album Ritual at the Wiltern Theater with vocals, musicianship and a stage show LA will be talking about for some time to come. The Wiltern Theater will never be the same after In This Moment takes the stage this October. 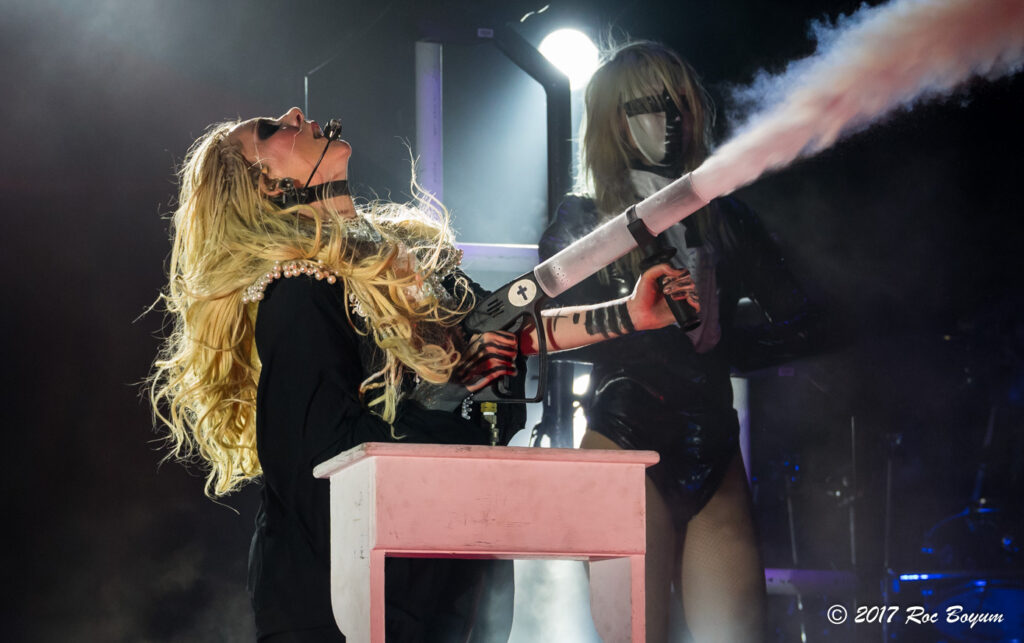 In This Moment will also appear at major fall festivals including Rock Allegiance (Philadelphia), Louder Than Life (Louisville), Open Air (Houston), and Aftershock (Sacramento). Joining In This Moment on this leg of the tour will be Of Mice & Men, who will serve as direct support. Avatar will open the shows.

The Press praise for Ritual continues to roll in:

“Maria Brink possesses one of the most powerful and compelling voices, male or female, in the modern rock genre…  Sonic and emotional opulence has always come naturally to In This Moment, and Ritual doesn’t disappoint, as it struts about in the usual dark finery… its moody charms are administered with both muscle and grace.” — All Music Guide

“Ritual takes the qualities we enjoy about the band, and spins them in delightful ways.” — New Noise Magazine

“Brink has an outstanding voice with a lot of power and texture, and when unleashed is a potent force…Ritual is their most mature album, especially lyrically, but still musically adventurous.” — Loudwire

“At this point, In This Moment is unstoppable.” — Blabbermouth

“Ritual is a spell that you will want to fall under again and again. This is what it means to evolve organically.” — Cryptic Rock

“Ritual is a blast from beginning to end.” — Screamer

In This Moment also dropped their sonically arresting and dramatic re-imagining of Phil Collins‘ beloved ’80s classic “In the Air Tonight,” which lives on Ritual and has been incorporated into the band’s live set. In This Moment have truly made the song their own, thanks to a captivating rendition that both preserves and updates all the tension and release of the original.

Check out ITM at www.inthismomentofficial.com/