American rock legends Mötley Crüe hit the State Farm Stadium with a brutal set of fourteen Mötley classics and one medley of cover songs that were a tribute to their early days before they had their first LP completed. Out of the gate the band kicked it into high gear with the three rippin’ tracks “Wild Side” , Shout at the Devil and Too Fast for Love“. The band hadn’t toured since their farewell tour of 2015 and one might speculate that their hiatus from touring could have been partially due to the “cessation of touring” contract that band signed in public at the end of their 2015 tour. Whether that was the case or not, Mötley Crüe is never without controversy and breaking a contract seems pretty minor considering the storied and colorful past of the Crüe. Mötley Crüe is still one of the most in demand live concert acts out today, so it’s no surprise that these guys are out kicking some serious ass once again. The seven year break actually served the band well as tonight they sounded better than ever and frontman/singer Vince Neil was physically and vocally, looking and sounding better than he had in quite some time; which was truly awesome!

Two songs that really got the audience fired up were “Live Wire” from their Too Fast For Love Lp and “Looks that Kill”, from their Shout at the Devil LP, a song that was written about one of the original bad ass babes of rock n roll, Lita Ford.

The song “The Dirt ” (EST. 1981) was from the Mötley Crüe movie of the same name and was introduced by Vince Neil as, This next song is from a movie we made; you might have seen it!

The next group of songs were a medley of covers that were introduced by Nikki Sixx as cover songs that the band needed to complete their live show while they were writing their first album in 1981. During a rehearsal before this tour, one of the guys in the band said; let’s do a bunch of songs that we did as covers back in the day. Sixx followed that up by saying, we’re gonna need the audience to help us out which had the audience cheering! Sixx said, this is officially the Mötley Crüe karaoke moment – and with that, the band then broke into a medley of: ” Smokin’ In The Boys Room”, White Punks On Dope, Helter Skelter and Anarchy In The UK”.

Tommy Lee then came out to the front of the stage runway and sat at the piano to deliever the classic “Home Sweet Home”. The audience showed a resounding show of appreciation for the band with the entire venue lit up with lighters and cell phones for this classic ballad.

“Kickstart My Heart” started with guitarist Mick Mars unleashing some crazy whammy bar guitar madness while the “Crüe” dancing girls were at the center of the stage, with what seemed to be hundreds of lights, flashing in every direction. “Kickstart” had the most intense audience sing-a-long of the night and was a great end to a great show.

Get out to see this Stadium tour if you can, you won’t be disappointed. 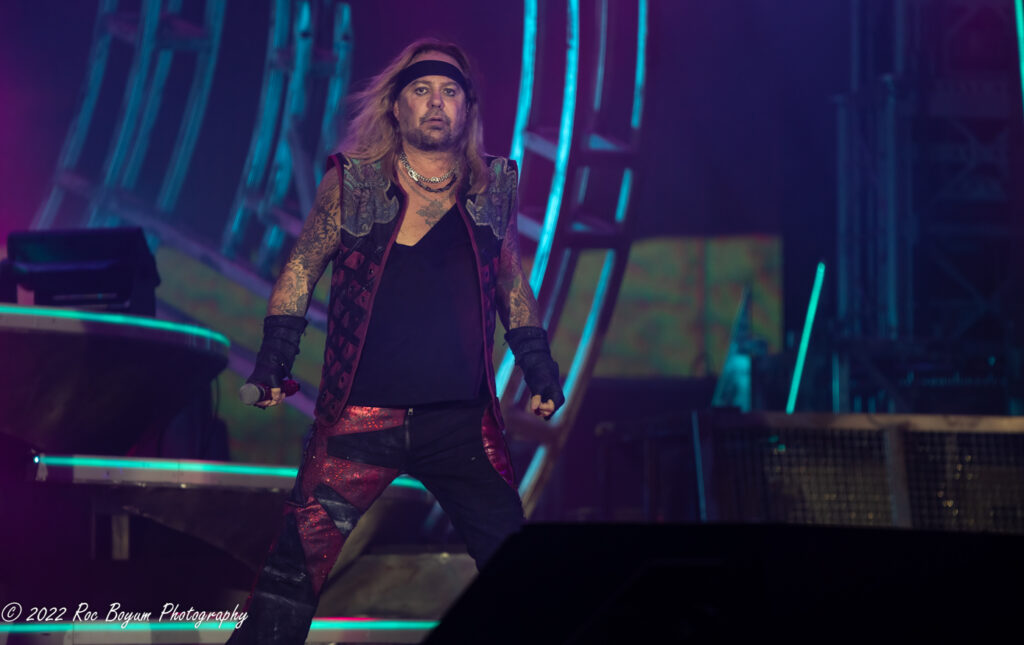 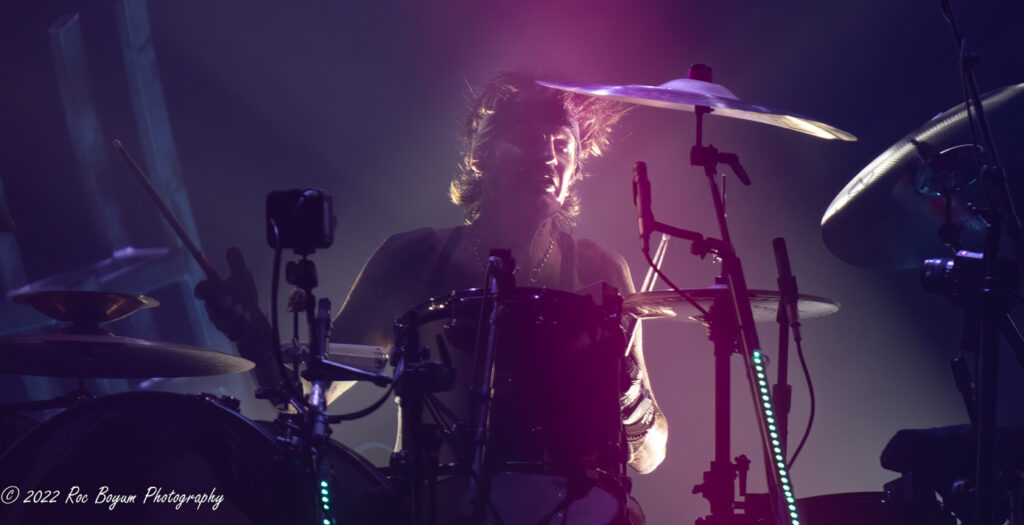 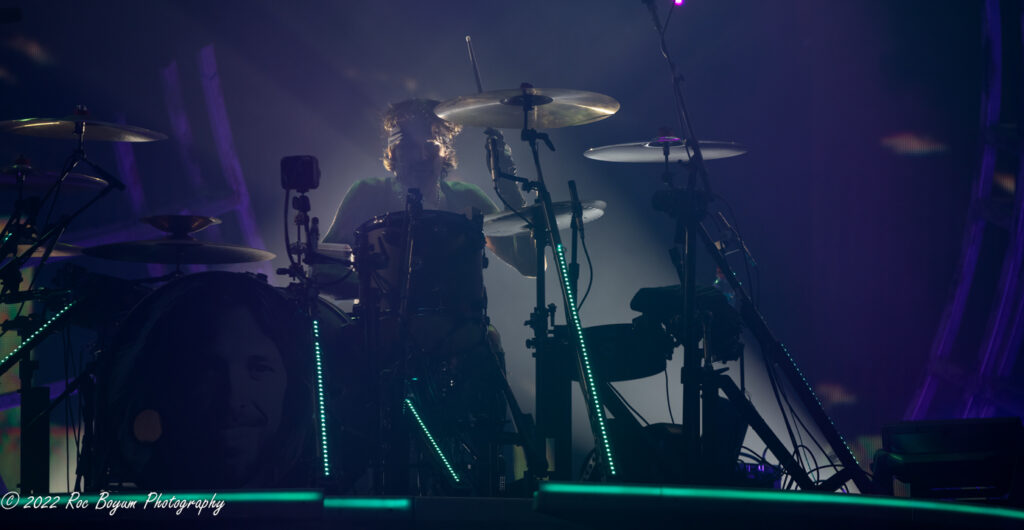 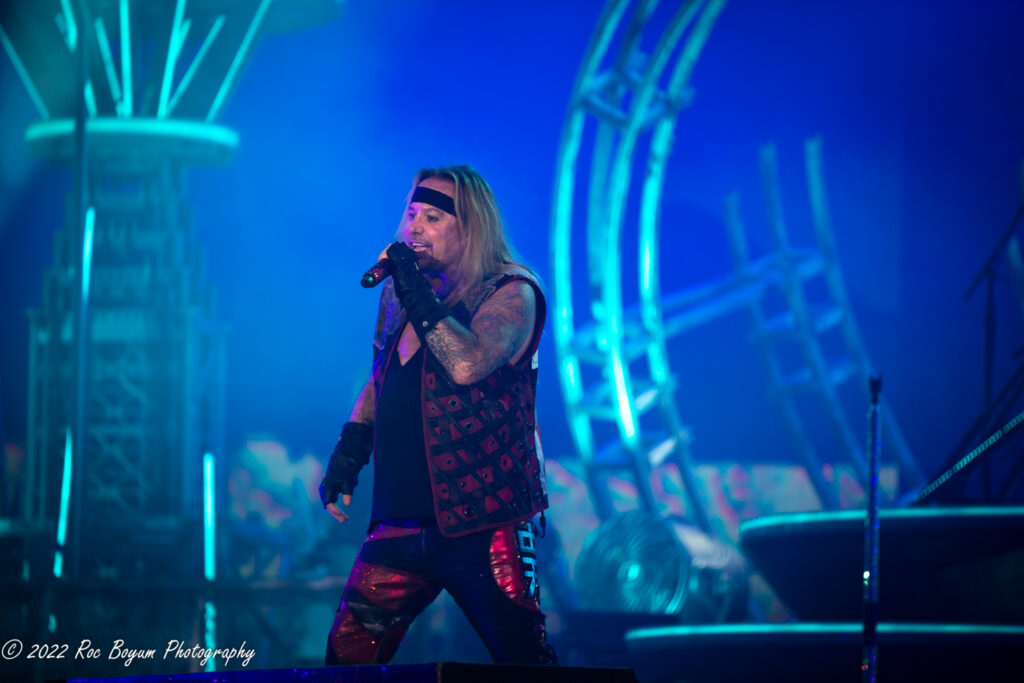 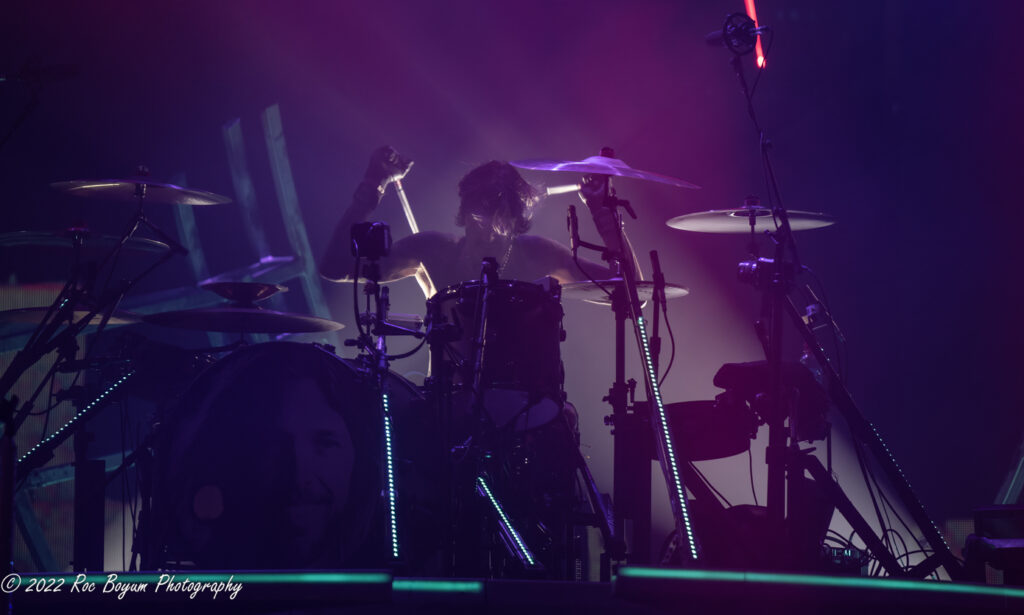 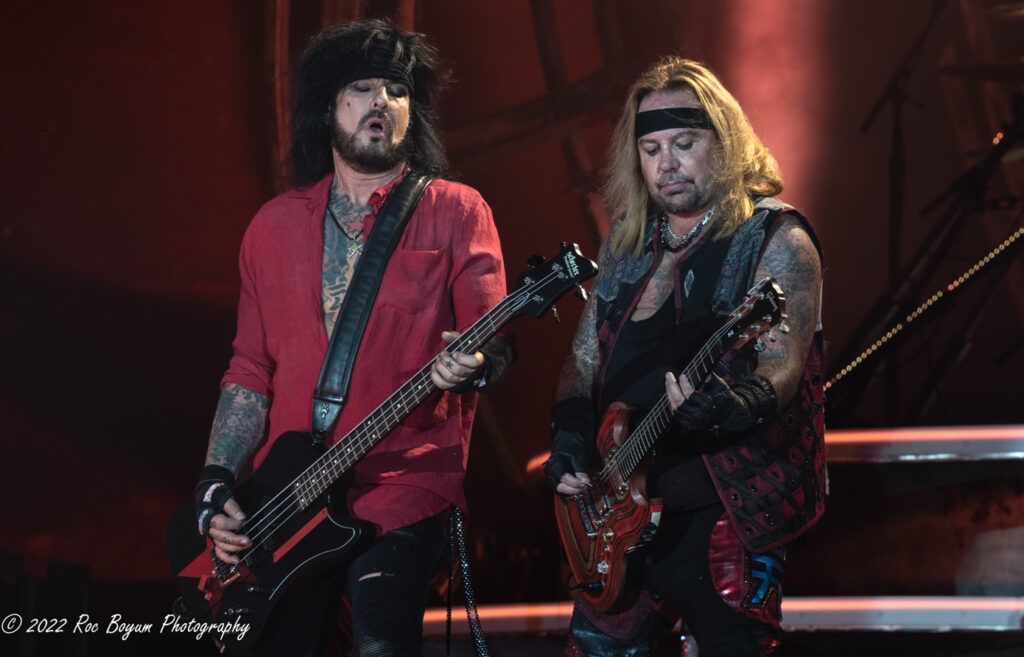 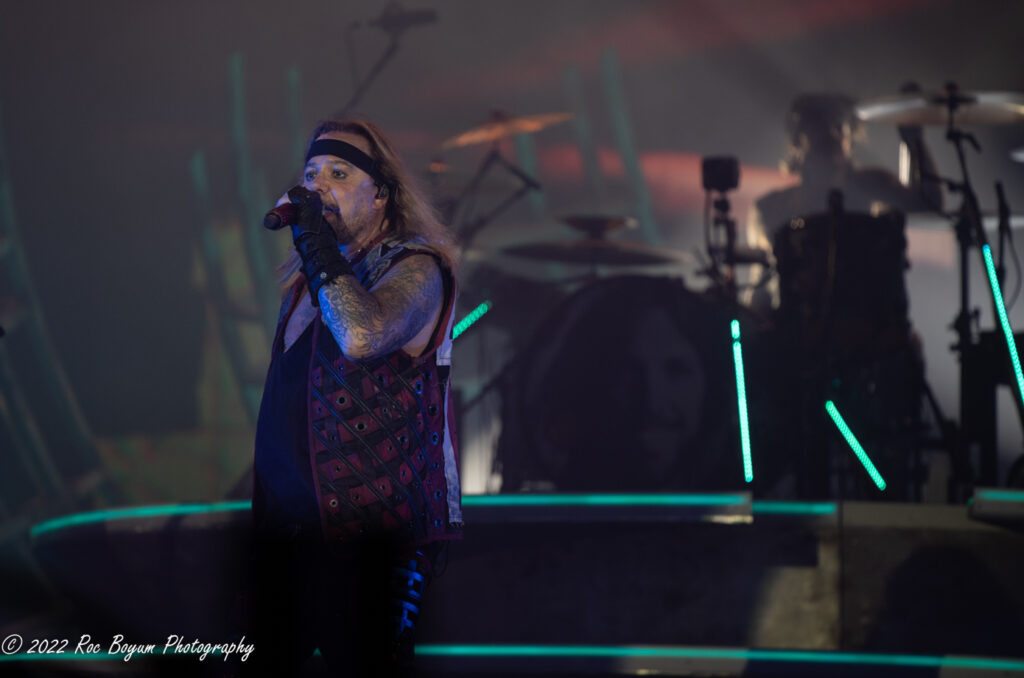 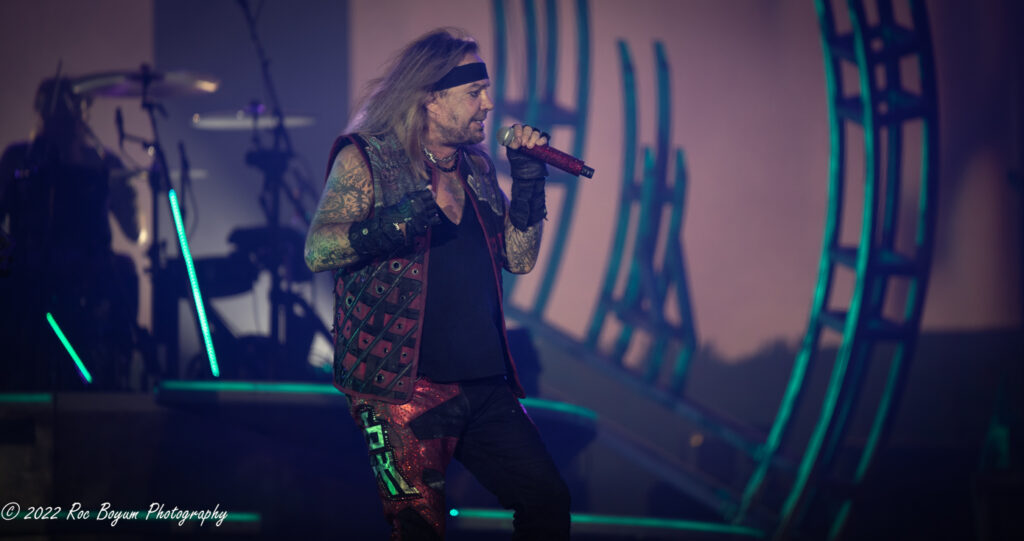 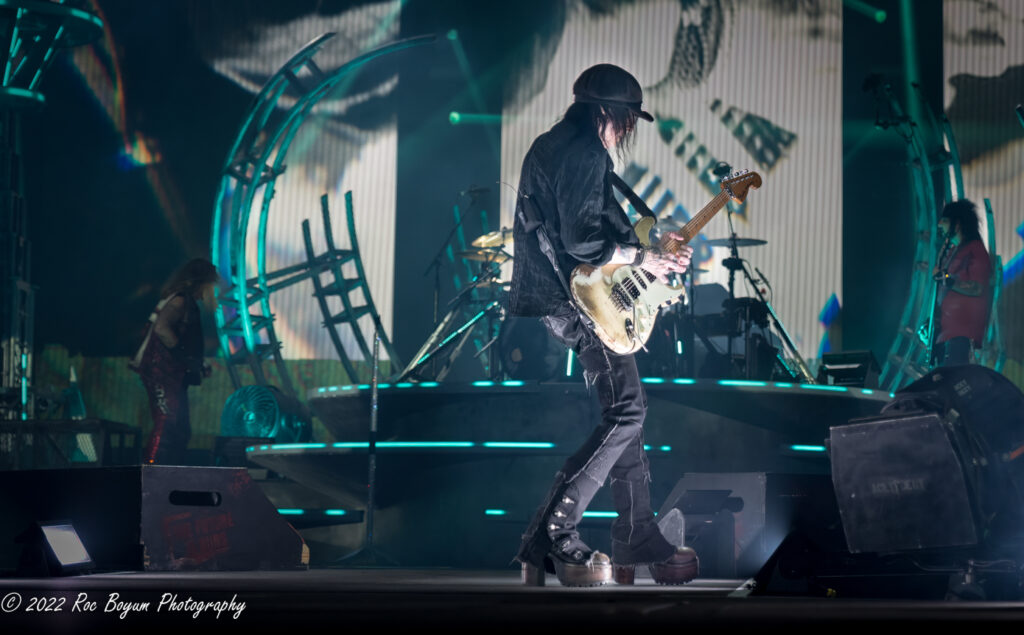 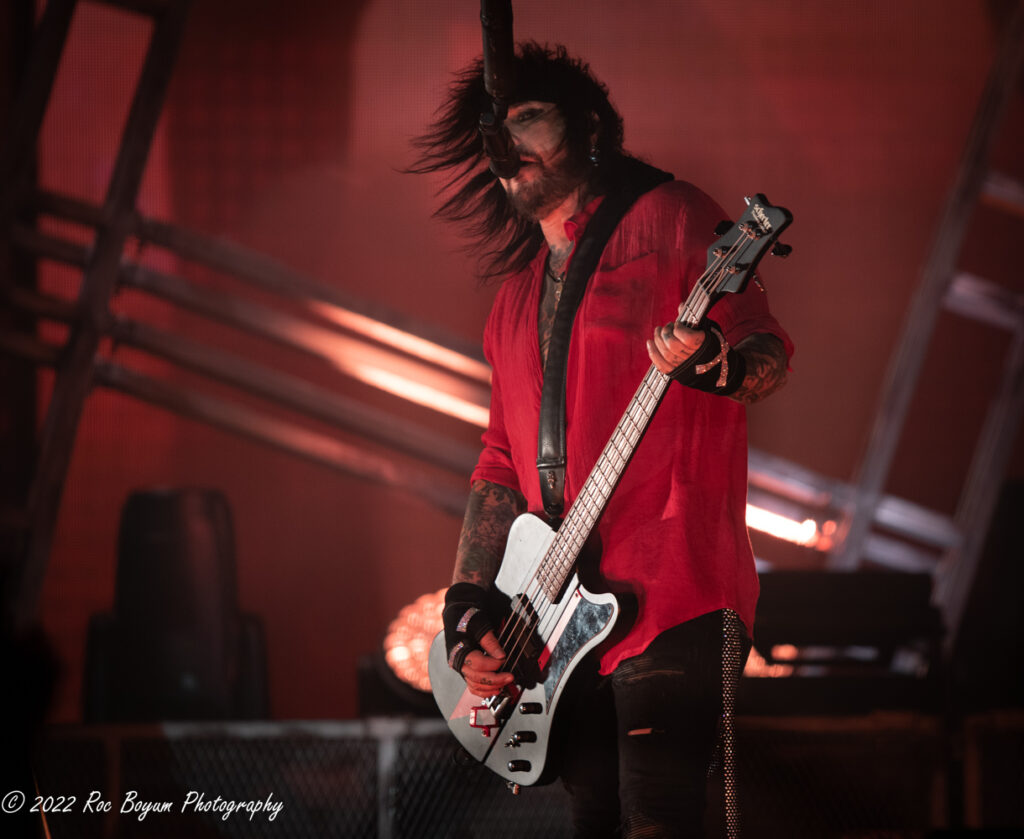 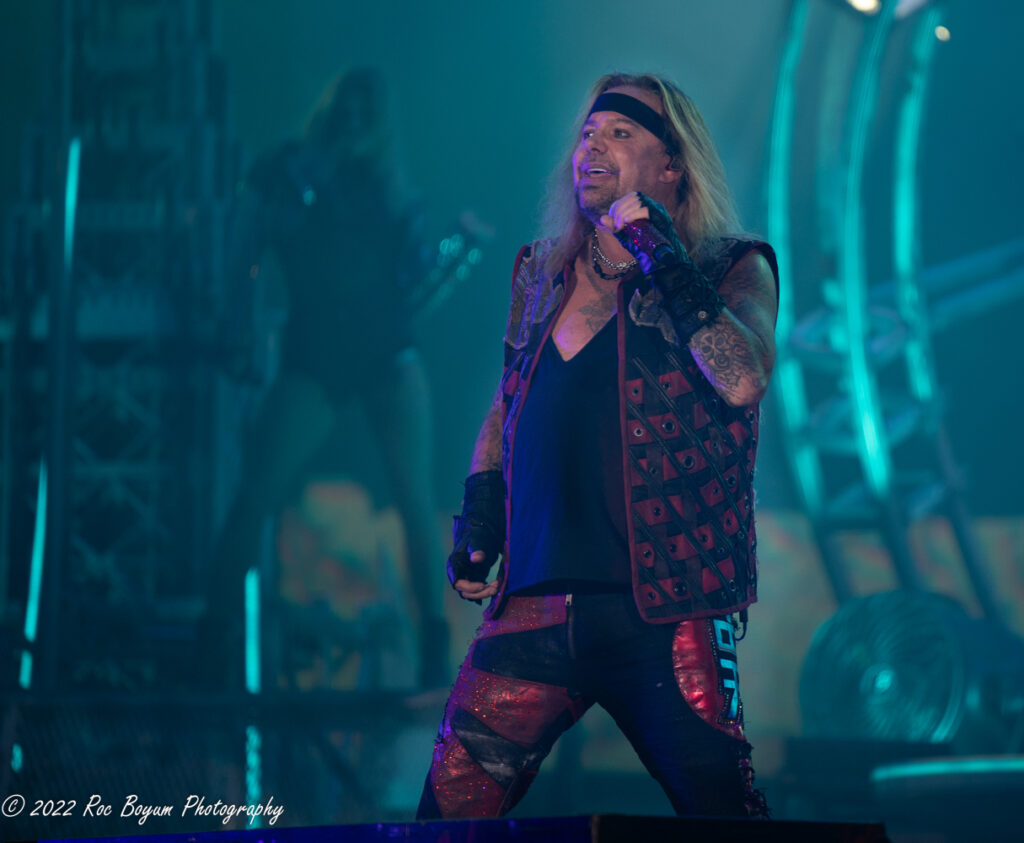 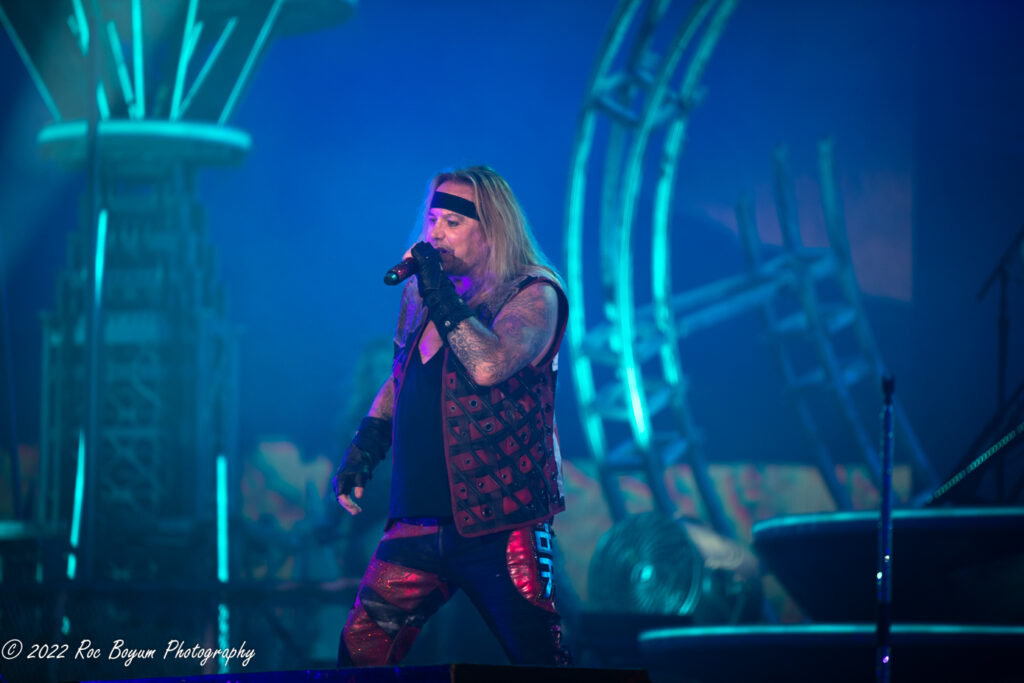 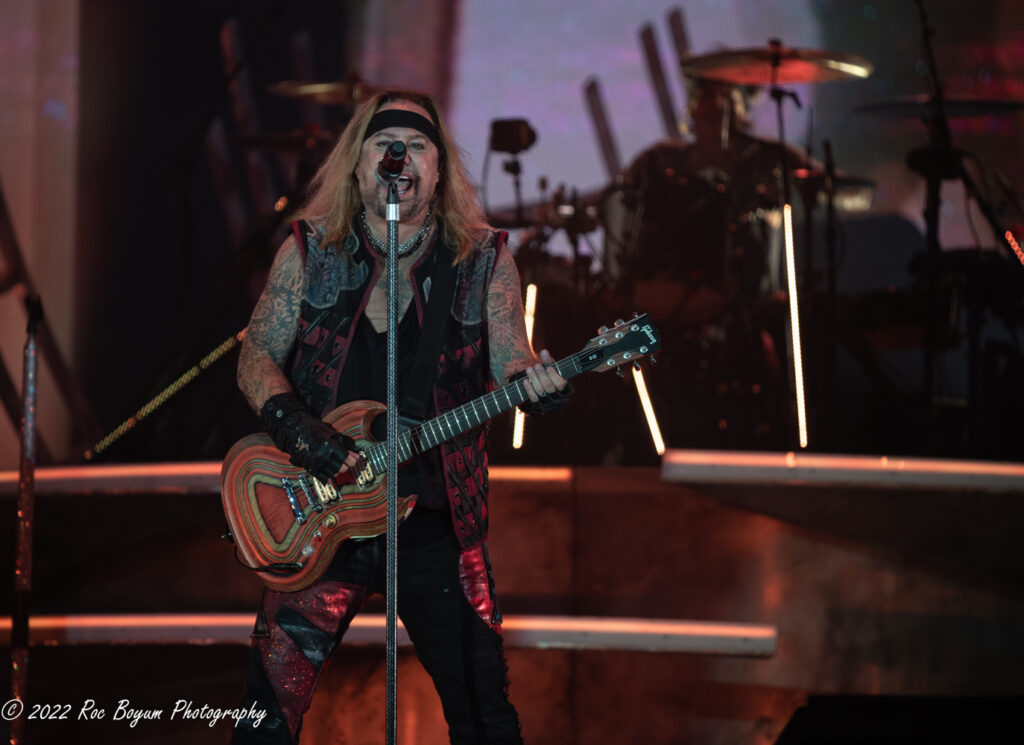 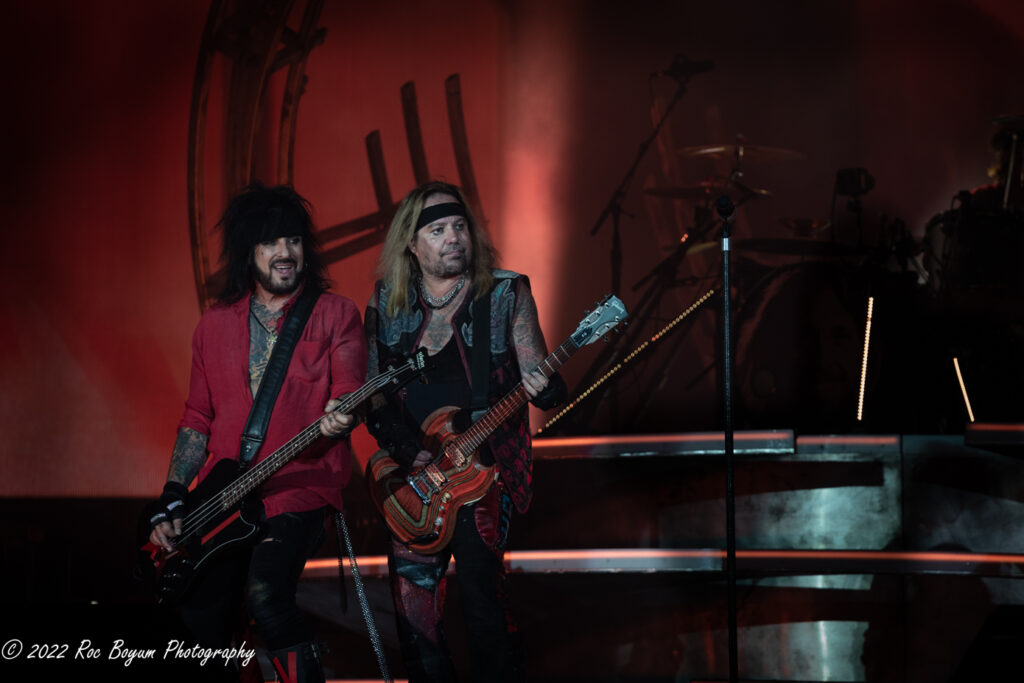 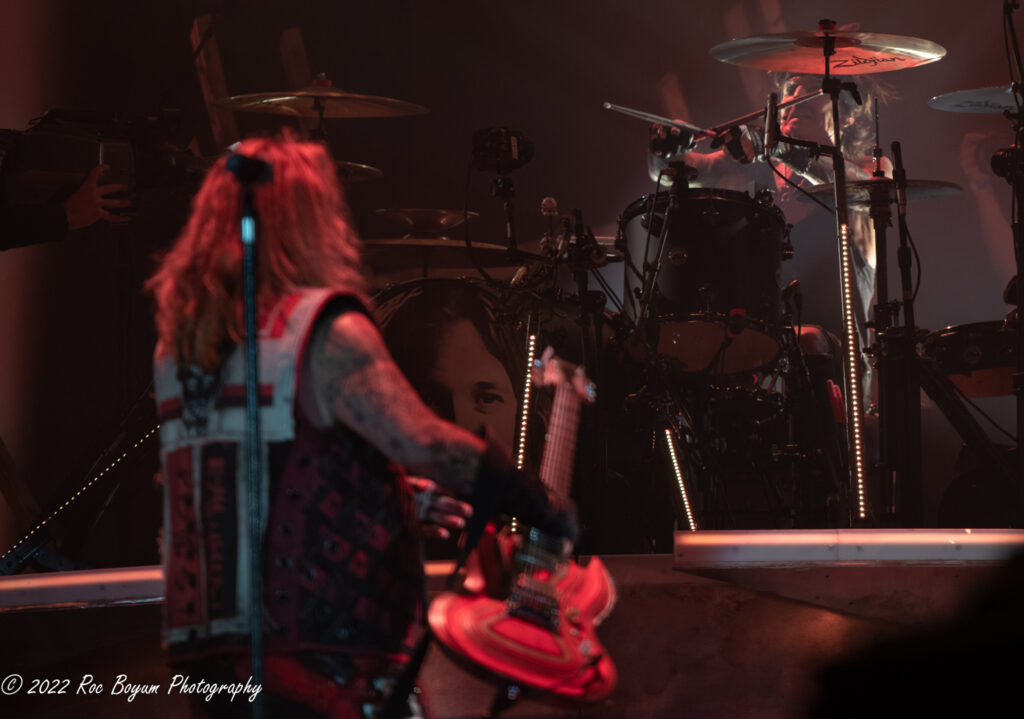 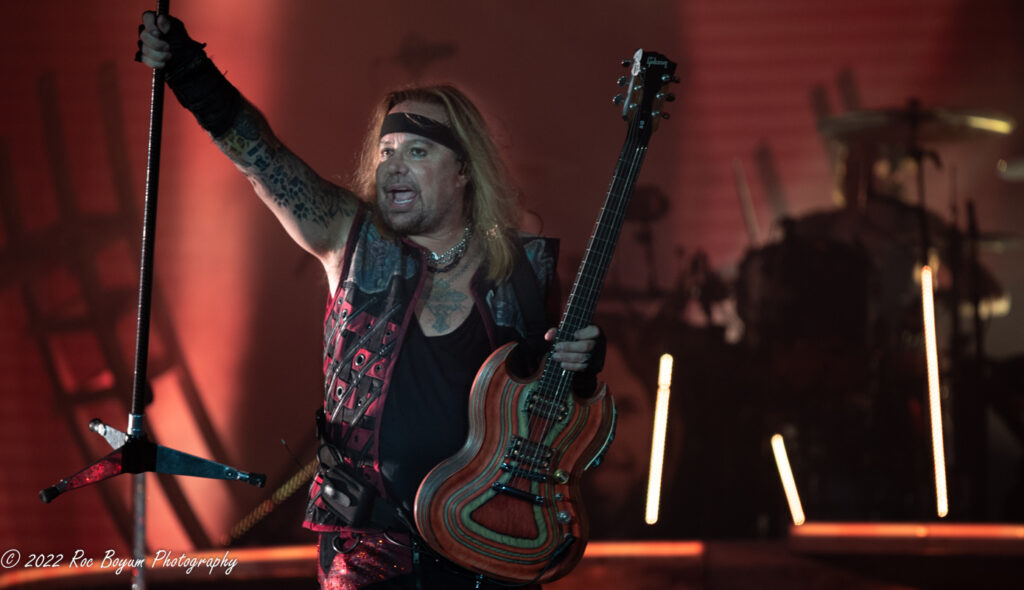 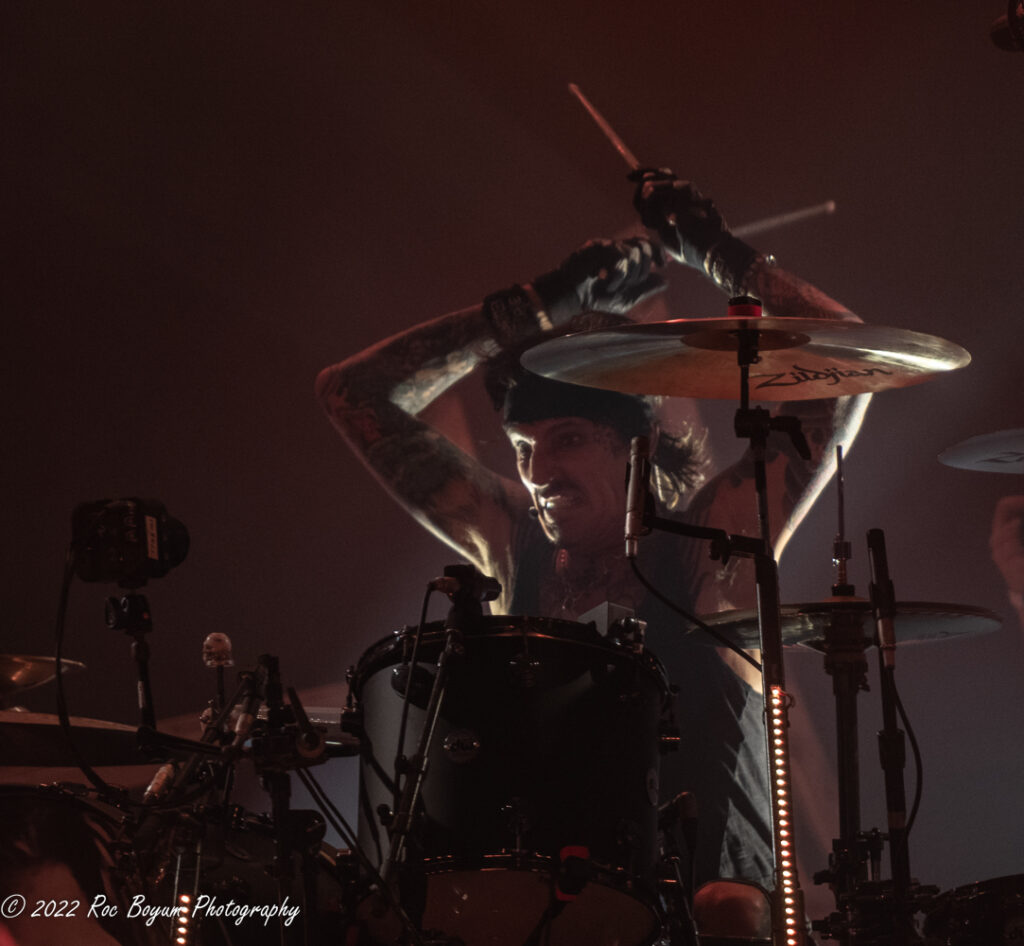 Shout At The Devil

Too Fast For Love