Nightwish Sell Out The Grove In Anaheim

Nightwish, Symphonic Metal Titans, celebrated their triumphant return to North American as they continued to sell out venues across the US and Canada with a sold out show on March 12, 2016 at The City National Grove in Anaheim. 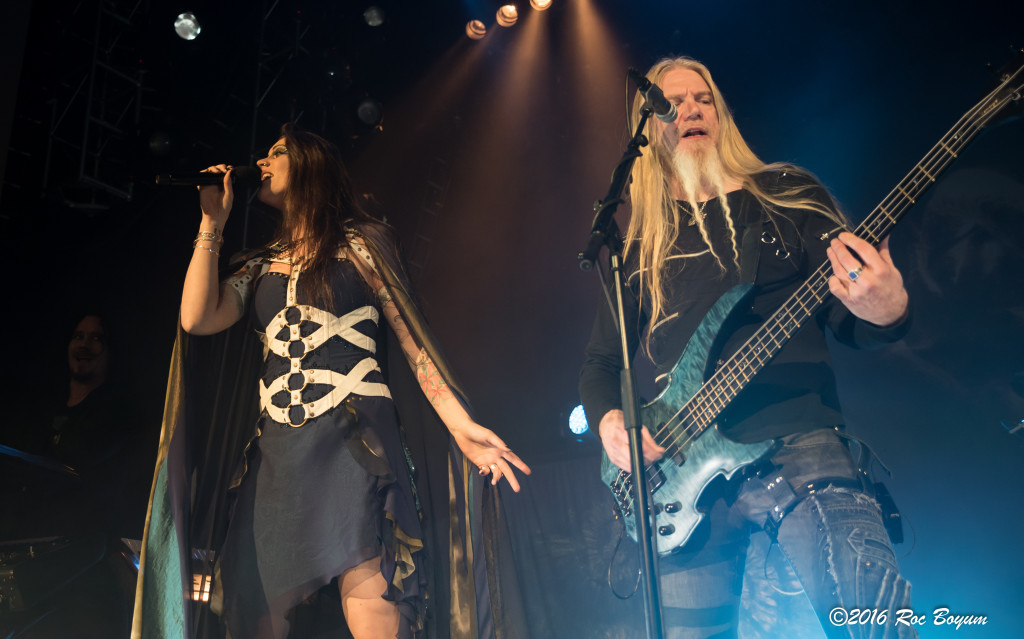 Delain kicked off this incredible night! 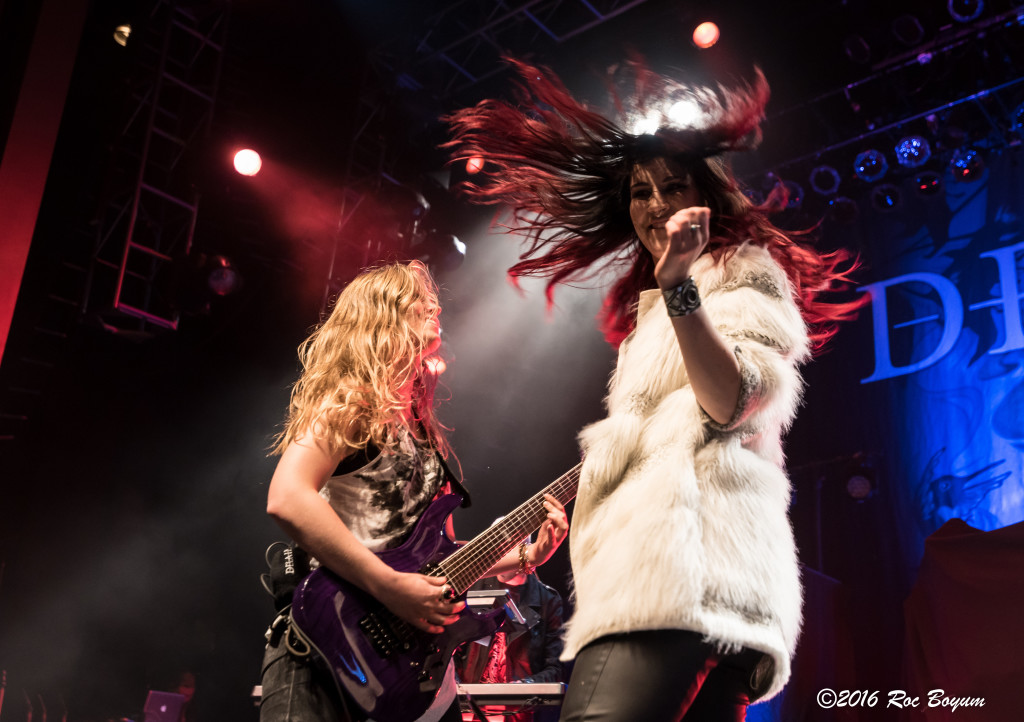 As the night grew closer to show time, the tension and excitement mounted until the lights went down and Delain burst onto the stage. Delain is a Dutch symphonic metal band consisting of Charlotte Wessels on vocals, Martijn Westerholt on Keyboards, Timo Somers on Guitar and backing vocals, Merel Bechtold on Guitar and Ruben Israel on Drums. The band has a loyal Southern California following and Delain always leaves their fans screaming for more. Their song “We Are The Others” is a fan favorite and was a definite show highlight, which showcases the band’s musicianship, raw energy and Wessels soaring vocals as they set the tone for an incredible night of European metal.

Sonata Arctica ripped through a set of blistering Metal. 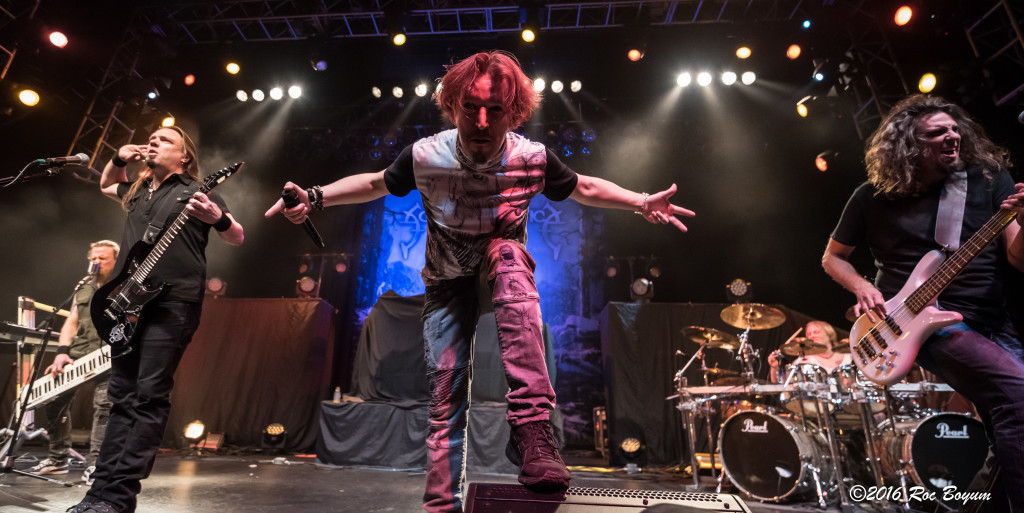 Then Sonata Arctica exploded on stage with Frontman Tony Kakko taking the already frenzied crowd to a whole new level of mania; with everyone in the audience head banging, screaming and singing along to every word.

Sonata Arctica are no strangers to Southern California and their fans were excited to see that they were part of this incredible show. Kakko is a master at engaging the audience and throughout their show he had the entire room clapping, singing and bouncing up and down at his every command. The intensity of the evening continued to build throughout their set and their show seemed way too short as Kakko announced the last song, “Don’t say A Word”. This is an incredible must see band.

Nightwish bring down the house! 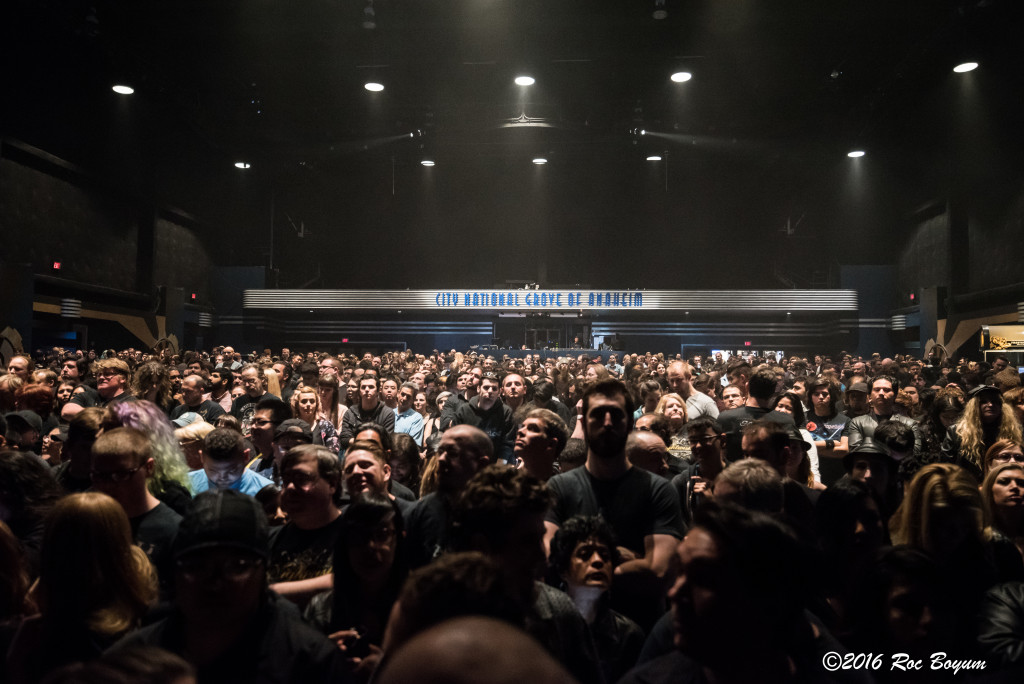 As the stage was cleared and prepared for the arrival of Nightwish you
could feel the electricity throughout the crowd.

In celebration of the band winning two Emma Awards (the Finnish equivalent of a Grammy) for Metal Album Of The Year and for the Export Of The Year, the enthusiastic crowd was in eager anticipation to see their celebrated heroes perform the songs from the latest album masterpiece “Endless Forms Most Beautiful.” 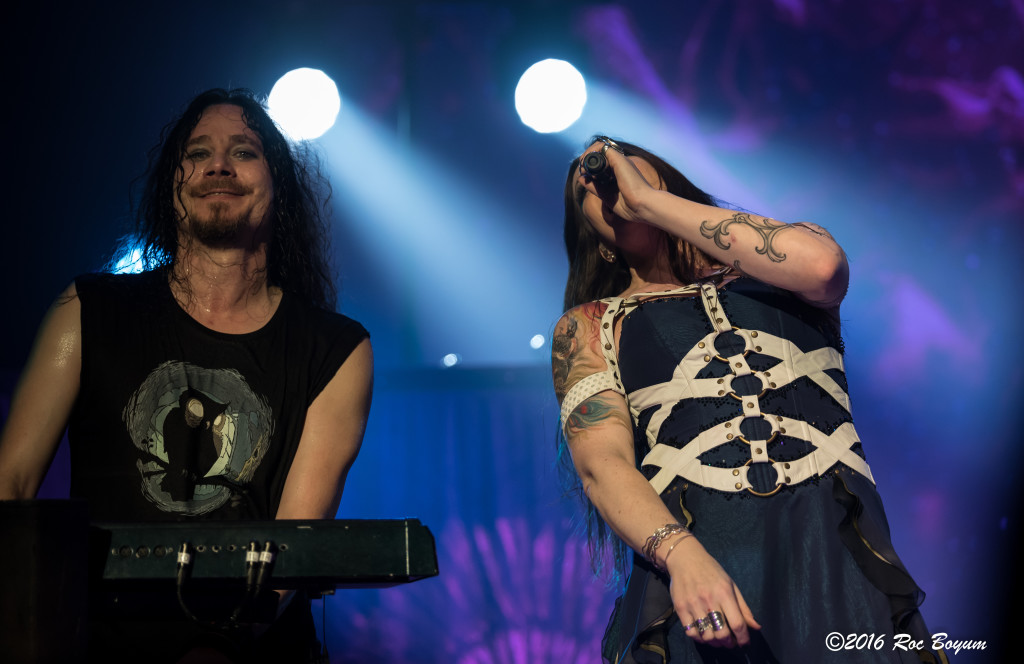 As the lights went out and the recorded music of Hans Zimmer filled the room, Kai Hahto the drummer for Nightwish slowly walked out onto the stage. As he entered, the crowd went into a frenzy that would set the manic tone for the entire evening.

The roar of the crowd was elevated to a whole new level as the other members, “Tuomas Holopainen” Keyboards, “Marco Hietala” Bass, “Emppu Vuorinen” on Guitar, and their incredible frontwoman/vocalist “Floor Jansen” entered the stage. Without hesitation, the band erupted into a version of “Shudder Before the Beautiful” from the “Endless Forms Most Beautiful” LP that was even more intense live than on CD. 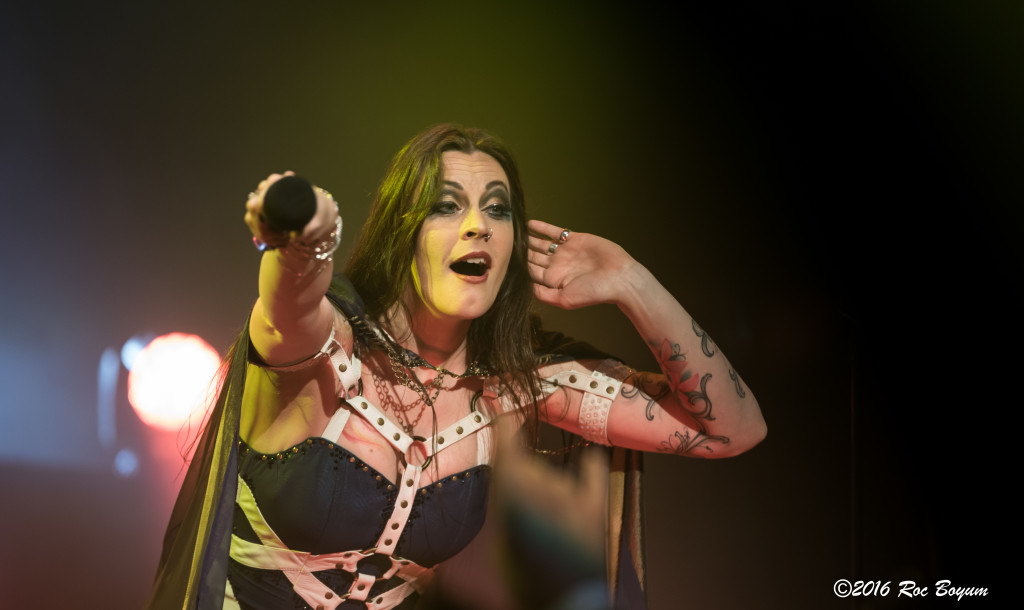 The night continued with songs representing their entire career and almost every studio album except their first LP “Angles Fall First”.  From the first note of the night, Floor had full control of the manic crowd, inviting them to sing, scream and clap on her command and which this sold out crowd enthusiastically responded. Many highlight songs were Yours Is An Empty Hope, a rare performance of While Your Lips Are Still Red, Ghost Love Score and The Greatest Show On Earth Chapters 2 & 3.

Nightwish is a force of pure energy that always gives a 110% to every show. This night was no exception with 16 incredible songs of musical magic. The last chance to see them live in the USA is March 26, 2016 in Tampa, Florida. From there they take a short break before they head off to Asia, Russia and Europe with this tour currently scheduled to end in August 2016.

Be sure to check out the Interview with Tuomas Holopainen and LA Metal Media here: 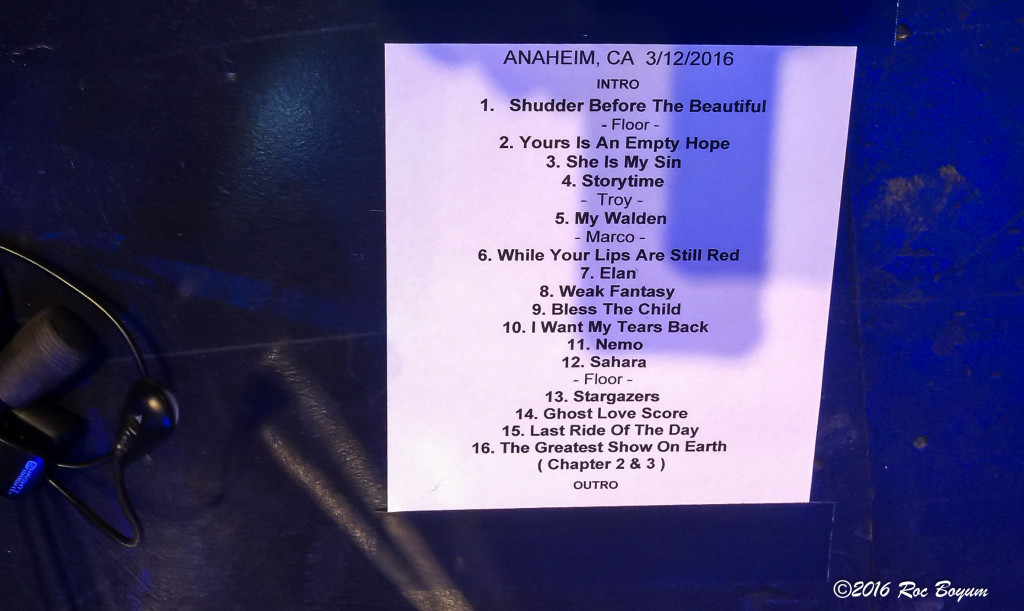 Nightwish Setlist from the Stage 3-12-16