Queensryche returned to the Anaheim House of Blues to deliver a crushing set of classic Queensryche songs as well as some new material; most notably from their latest LP The Verdict. Special guests were John 5 and the up and coming rockers, Adam to Eve.

Queensryche has recently released their third LP “The Verdict” with singer Todd La Torre; and the band is not only sounding better than ever but they seem to be at the top of their game as well. Their brilliant new material is exactly what’s bringing this band to a whole new generation of fans. In fact, when La Torre asked the audience, how many people here have never seen Queensryche before? It was a bit of a surprise to see that about 50% of the venue raised their hands. La Torre responded with, ” We love that! Thank you so much for giving the band a try, and for those of you who didn’t raise your hands; you are repeat offenders and we fucking love you!” The band came out of the gate with relentless force, hitting the audience hard with Prophecy from their self titled debut EP. They followed that up with a string classics that included, Operation Mindcrime, Walking in the Shadows and Resistance before they unleashed Man in the Machine from their latest The Verdict LP. Man in the Machine features ripping guitar solos by Michael Wilton, scorching vocals by La Torre and a driving rhythm fueled by guitarist Parker Lundgren, bassist Eddie Jackson and powerhouse drummer, Casey Grillo.

The band went on to play a string of fan favorites including Breaking the Silence, Silent Lucidity, Jet City Woman, Screaming In Digital and Queen of the Reich.

La Torre introduced Queen of the Reich amidst columns of shooting smoke and a cheering crowd. La Torre further fired up the audience by saying; Anaheim, I want to hear you loud! Come on! As he proceeded to chant to the crowd  – you could hear the whole audience screaming  Hey Hey Hey, and the entire HOB crowd were pumping their fists in the air as they were chanting right along with La Torre. 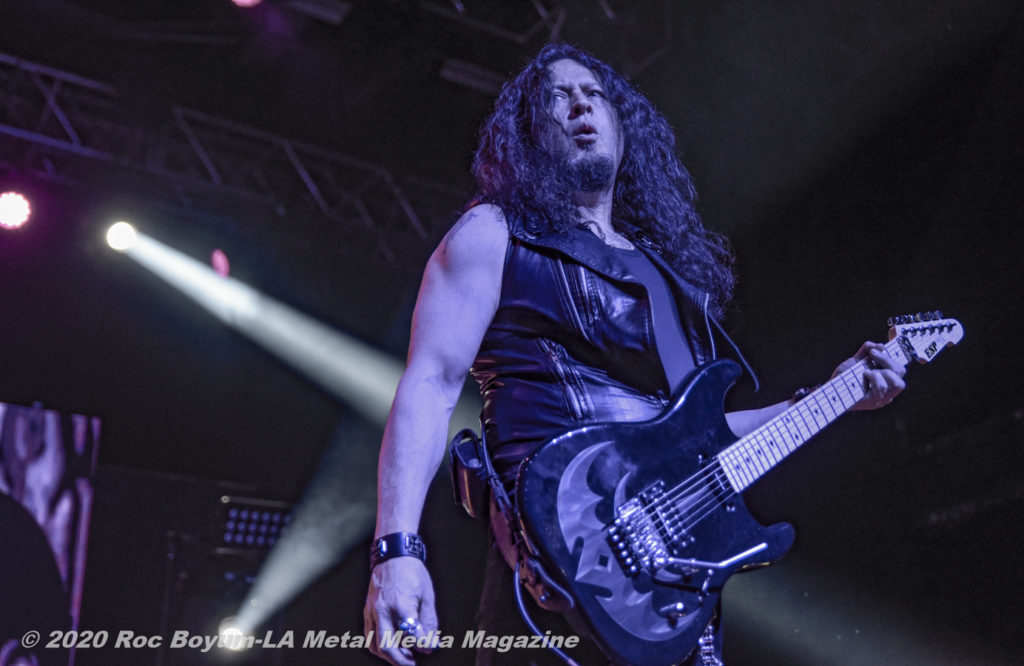 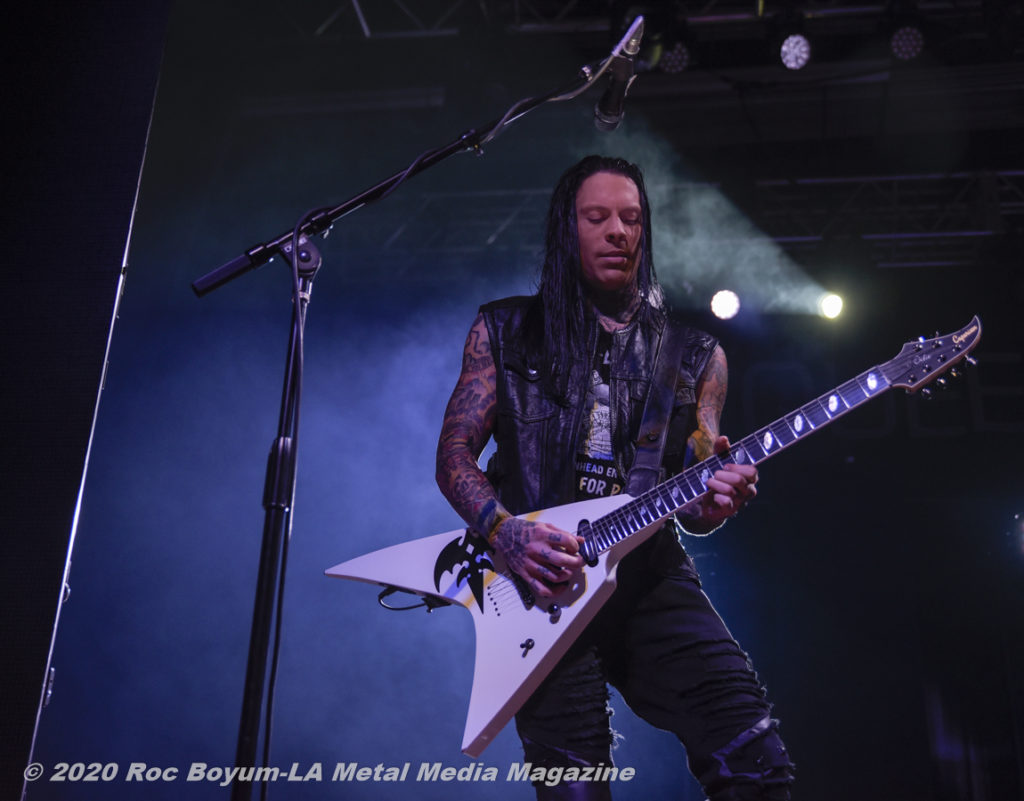 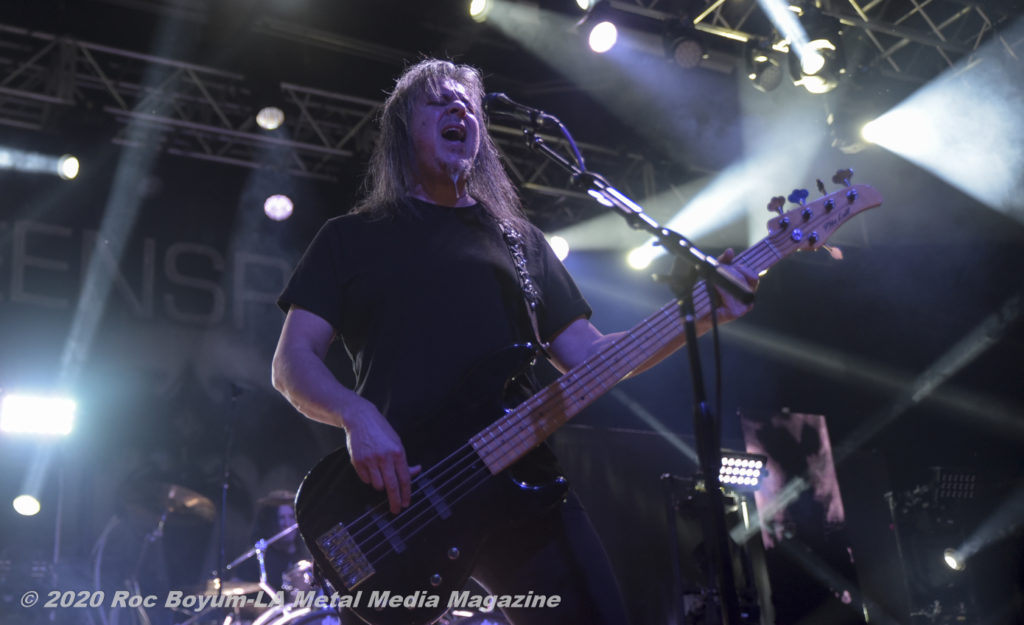 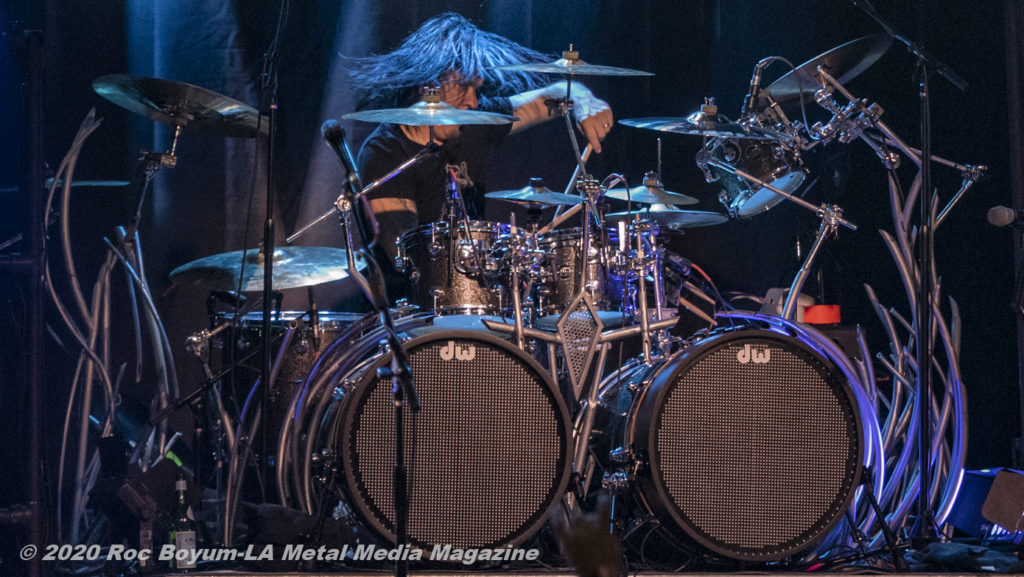 Their latest LP The Verdict is a sonic heavy dose of classic Queensryche with a contemporary edge that not only fits comfortably within the Queensryche catalog but is perhaps their best effort since their highly acclaimed, Operation Mind Crime. The new material live, however, is even more incredible and some of the most exhilarating material out of the entire Queensryche catalog. The band was clearly fired up and having absolute fun with the new material. Ex Kamelot –  drummer Casey Grillo who is filling in for Scott Rockingfield, executed all band’s material to perfection; and working in concert with bassist Eddie Jackson, the two powerhouse musicians worked flawlessly together to propel the band forward with a driving force.

It’s definitely great to know that Queenryche are not a band who is content to be resting on a greatest hits tour, and now with their latest LP The Verdict, they are better than ever.

Queenryche deliver an incredible live show that not only fires up every audience with music that spans a career full of hits and great new music, but they always leave the crowd wanting more. Be sure to catch these guys live, it’s a show you do not want to miss.