Queensryche descended upon Los Angeles, greeting the frenzied Los Angeles crowd with an incredible double bill, as they shared the stage with 80’s prog masters, Fates Warning. Both bands showed up in full force to deliver a full night of progressive metal madness to this insanely appreciative and fanatical crowd.

The evening began with a smashing set from Fates Warning, a highly underrated band with limitless energy and a heavy progressive sound that proved to be the perfect way to start the evening. The band was given a longer set than usually afforded the first band of the night, and considering that the band has been around since the early 80’s with twelve studio LP’s to draw from, they are a headliner in their right. The band opened their set with a track titled From the Rooftops, from their latest Theories of Flight LP. The Theories of Flight LP is classic Fates Warning that delivers sounds and textures that are classic Fates Warning while mixing in new and different textures demonstrating that this material could quite possibly be their finest work to date. The band delivered their set in prime form with singer Ray Alder masterfully belting out all their classics as well as three songs from their latest 2016 release, Theories of Flight. Songs included: From the Rooftops, Seven Stars and The Light and Shade of Things. Bassist Joey Vera was very animated, slamming his bass while running around on stage. The band’s newest member, drummer Bobby Jarzombek, known for his work with Rob Halford, Sebastian Back and Iced Earth, propelled the band forward with his hard hitting power, technical prowess and his ability to make the band’s progressive odd time music flow as if you were listening to something in straight time. Guitarist Jim Matheo’s sound was a rhythmically heavy with solos that ranged from soaring tones to shredding brilliance. The band’s show was intensely energetic with relevant new material that kicks some serious ass! Be sure to check out their new Theories of Flight LP and be sure to catch this band Live.

Queensryche Transformed The Fonda Stage With Impressive Cinema and Theater

Queensryche transformed the Fonda Theater with an impressive stage set up that included two large video light panels that flanked the stage to the left and right and two additional light panels that were nested within the drum heads of drummer Casey Grillo, formally of (Kamelot). All the light panels operated in perfect synchronicity and illuminated the band’s performance throughout their show, as well as showing visual images on screens placed around the stage giving their audience a sense of theatrical brilliance.

Queensryche opened their set with Blood of the Levant from their 2019 release, The Verdict. This was a great opening track with it’s heavy rhythm section, explosive vocals and soaring guitar solos that immediately ignited this Los Angeles audience. Check out the band’s official YouTube video of Blood of Levant below.

The band’s set was a great mix of Queensryche classics and featured new material that had singer Todd La Torre  playing a stand up percussion set that was made up of four drums and a cymbal.

Considering that La Torre has played drums since the age of 13 and he played the drums on all the tracks of the band’s latest release,The Verdict LP; it was the perfect time and it made perfect sense for the band to add his percussive chops to the live show. 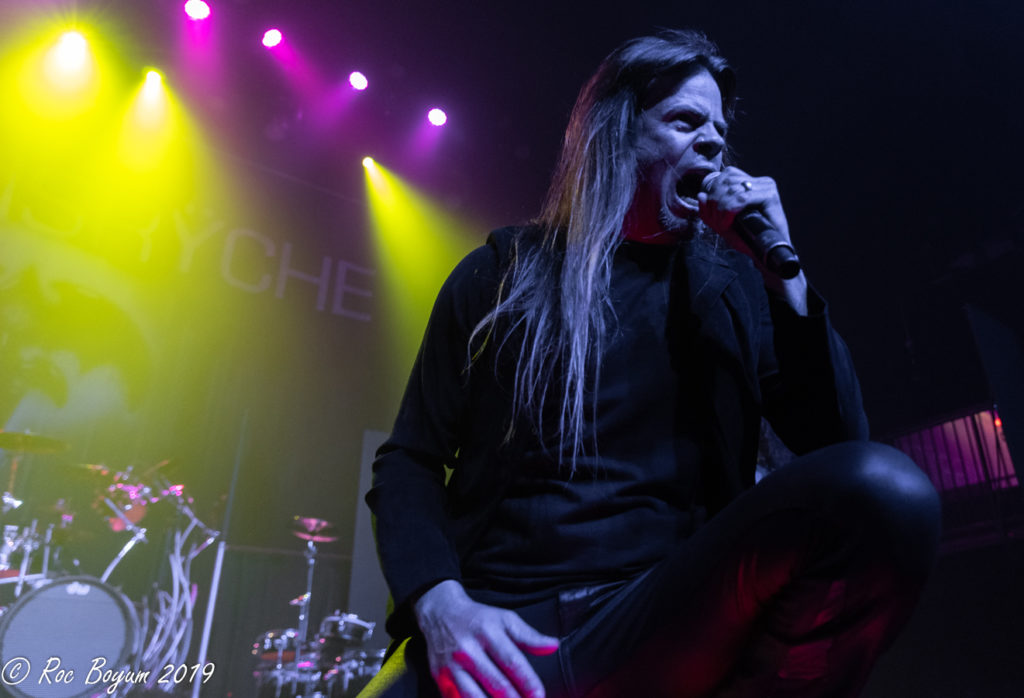 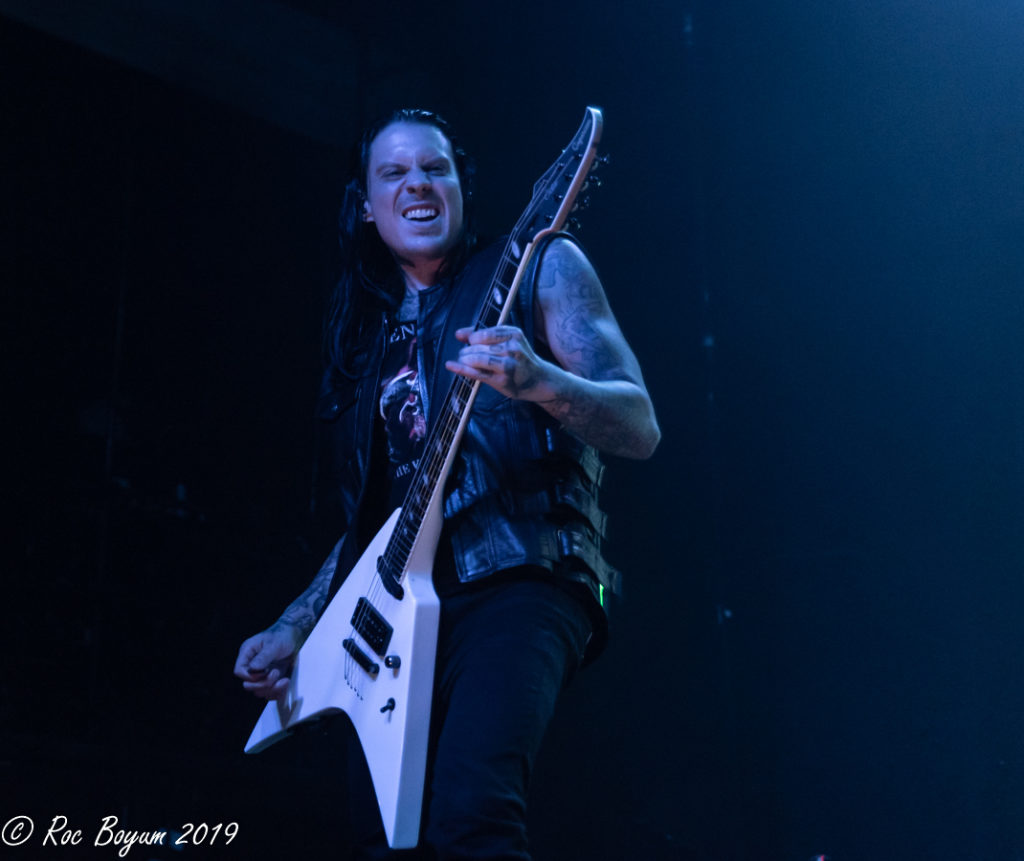 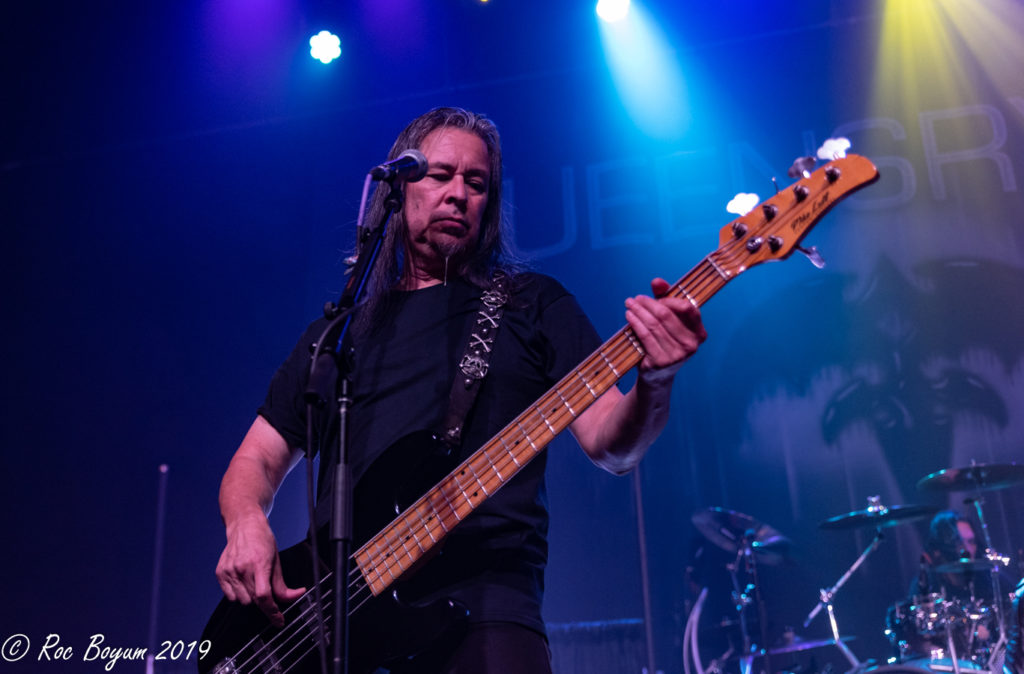 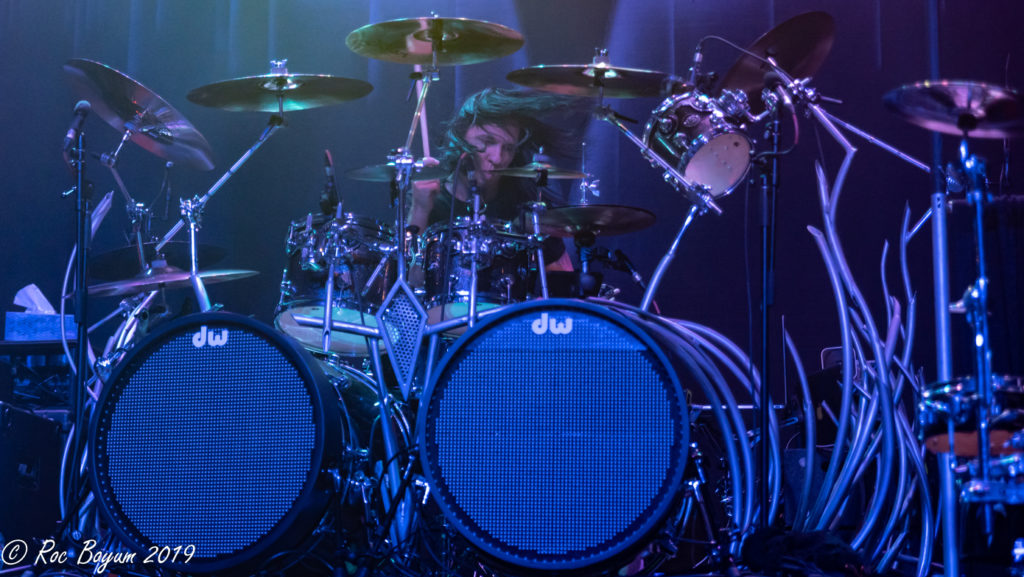 The band’s new material brought an explosive energy to their set with songs like the vocally brilliant Blood of the Levant and Man The Machine with it’s heavy crunching guitars, and Light Years all offer up some stellar guitar solos. The band, with their extensive catalogue, could have simply brought forth a “Classics Show” to this tour which probably would have been just fine for these die hard fans.

The energy and fire of the new material in their show gave their set a slightly heavier edge that was as exciting for the fans to watch as it was for the band to play. Considering that their new material is cutting edge and heavier than a lot of their previous work; The Verdict could quite possibly be some of their finest work to date. The band also threw in many of their classics like Queen of the Reich, Silent Lucidity, Eyes of a Stranger and Jet City Woman; having the crowd singing as loud as the band and insuring that no fan would leave disappointed.

Walk in the Shadows

Queen of the Reich

Take Hold of the Flame

Eyes of a Stranger