Swedish Power Metal Masters Sabaton brought the full force of their musical firepower to the Arizona Financial Theater in Phoenix, AZ with their “Tour To End All Tours” on 09-24-22. Sabaton’s fans are ravenous to say the least and considering that the band is part of the “big four” in the Power Metal genre that includes the notable heavy weights, Dragonforce, Blind Guardian and Halloween; it’s no wonder that their prominence has become legendary. Before the band hit the stage, in a sold out venue to an over capacity crowd – you could hear a deafening chanting from the the fans of: Sabaton, Sabaton, Sabaton, which was a reoccurring theme after most every song at this show and was a testament to the loyalty this band engenders.

Sabaton gave the Arizona audience a badass fourteen song set of Sabaton fan favorites and an additional four songs for the encore that included a verse and chorus of the AC/CD Classic “Highway to Hell” with guitarist, Tommy Johansson kicking ass on the vocals. To start the evening off, the PA played a recorded monologue to reference the video images being played on the huge video screen behind the drums. The monologue spoke about the importance of honoring those who fought and served in the various wars in the human race, with the crowd chanting on several occasions; USA, USA, USA!

The band entered the stage with an explosive version of “Ghost Division” from the 2010 LP The Art of War that set the audience into an energetic frenzy that would continue throughout their entire set with these fans continually singing along and jumping in the aisles. The band had set the bar extremely high with “Ghost Division” and the fans met Sabaton with their own enthusiastic force of fury throughout their entire show.

For the song “Red Baron” – which is a song about the famed WW1 German aerial dog fighting pilot, Manfred Albrecht Freiherr von Richthofen, the audience was heard singing every word, and then exploding into each chorus when their singing became notably louder to accent the repeated word “Higher”. In fact, the singing was so loud that singer Joakim Broden turned his mic towards the audience to let the audience carry the word “Higher”! The word higher in each chorus is in reference to the “Red Baron’s” rising legend, aerial fighting flights and his aerial prowess that ruled the skies amongst the aerial fighters of the day.

The song “Bismark” started off with the audience chanting hey, hey, hey while pumping their fists to the song’s pumping intro.

As each song began, you could hear various people shouting out the name of each song in anticipation of the Sabaton madness that was about to be unleashed for each song.

Drummer Daniel Mullback stood up and spoke to the audience to get to know the Phoenix audience a little better by asking: “How many of you have seen Sabaton before?” He then followed that with, “Who is here for Sabaton for the first time? ” Both questions were met with an equal cheering roar from the over zealous crowd. Mullback then went on to say; “You never know what you’re going to get coming out of this pandemic – and the virus can do a lot, but one thing for sure is, that it can not kill the “Metal “, do you want more Metal? With a resounding audience roar, the band then launched into a ripping version of “Soldier of Heaven.”

For the German titled song “Gott Mit Uns” singer Joakim Broden asked the audience if they wanted to hear the song sung in English or Swedish, and the audience came back with a resounding call for Swedish!

The band continued with five more songs of the regular set with “Night Witches, Dreadnought, Shiroyama, The Last Stand and Christmas Truce”. For the last song “Christmas Truce” the song started with the entire audience holding up their lighted cellphones, as they swayed their arms back and forth and the entire venue became a unified sea of lit up cell phones moving to the cadence of the song’s rhythmic 6/4 time. Many fans throughout the venue were linked arm in arm in a chain that would move to the music in “Christmas Truce” as if they were reliving the feeling of the warriors who were unified at a time when the battle carnage had paused, if only for a moment.

For the encore, the audience sang together like a large body of people at a South American soccer game in appreciation for their team. The first song of the encore “Primo Victora” launched a raging circle pit while the other fans were singing along with the musical warriors on stage.

All good things must come to an end and the fans surely didn’t want this night to finish. Although nobody in the audience wanted the concert to end, the band gave a grand finale to their show with an explosive version of “To Hell and Back” . “To Hell and Back” was a most appropirate final song to a great concert of powerful metal music about the foklore of wars gone by.

If you even think you like Power Metal even just a little bit, get out there and see these veterans of this genre and become part of the family of a band and an audience that will make you feel that you’re in the world’s largest pub with your best friends having a night you’ll never forget!

Get into Sabaton Here! 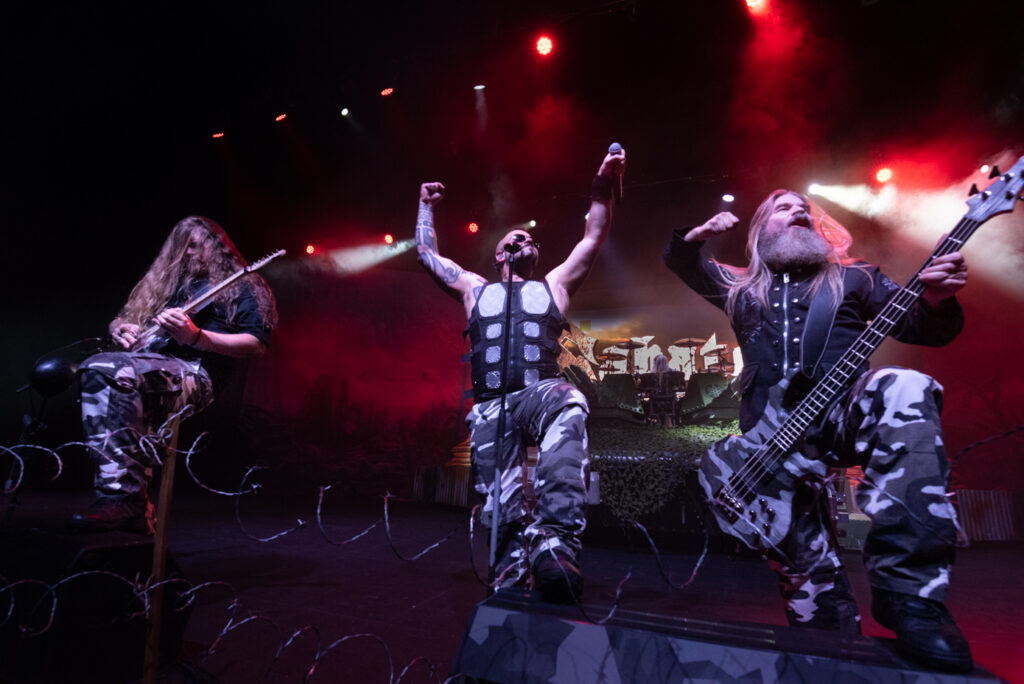 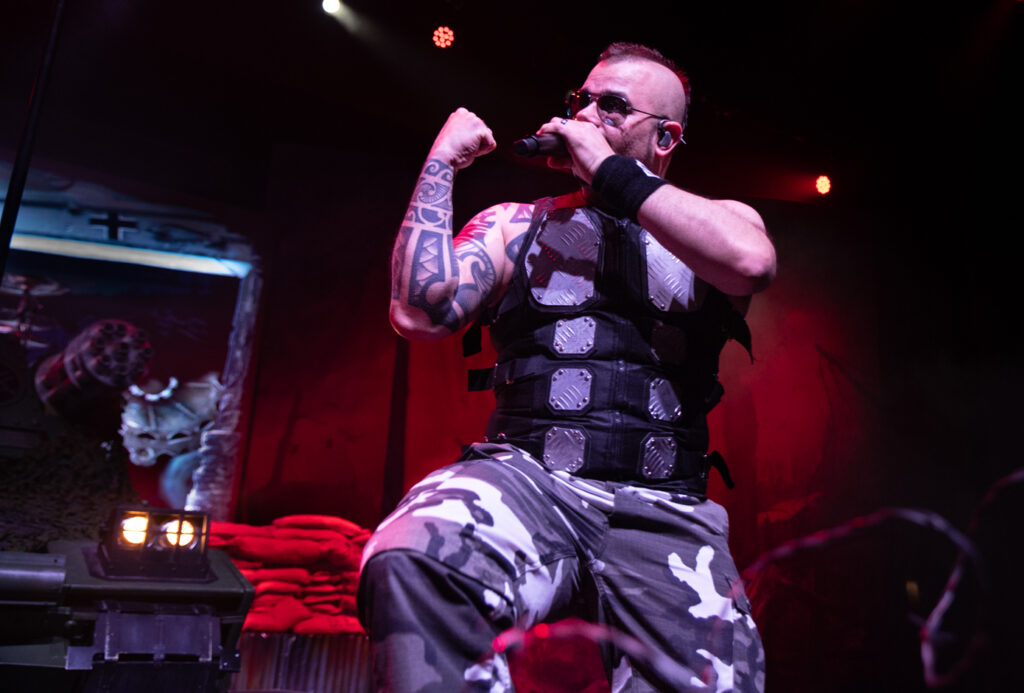 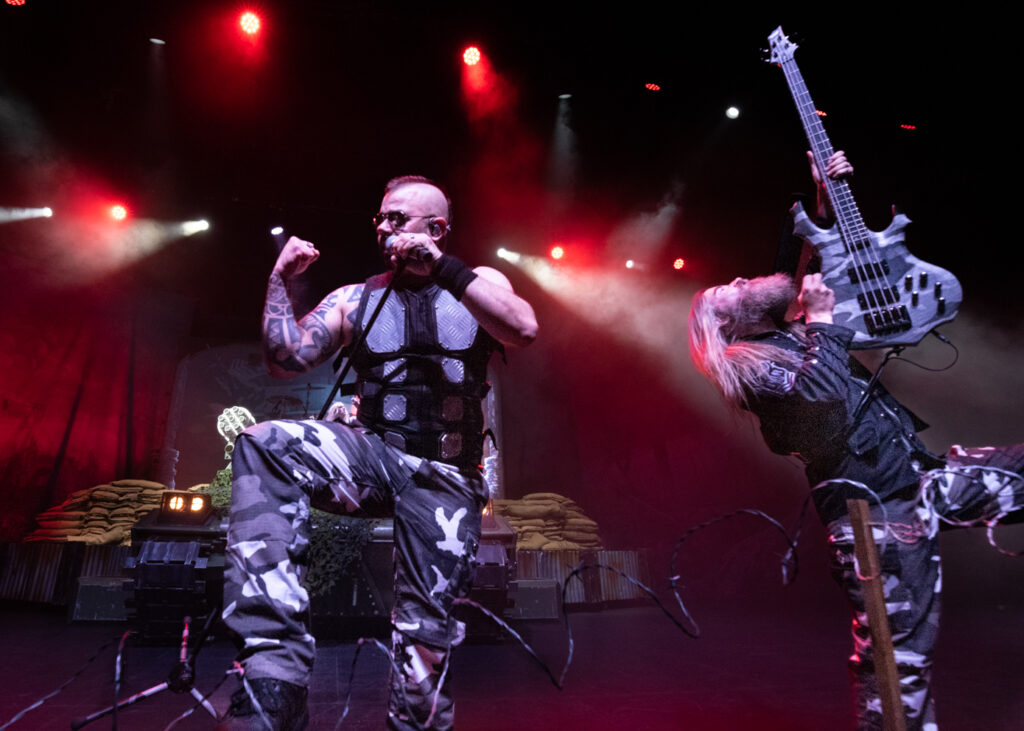 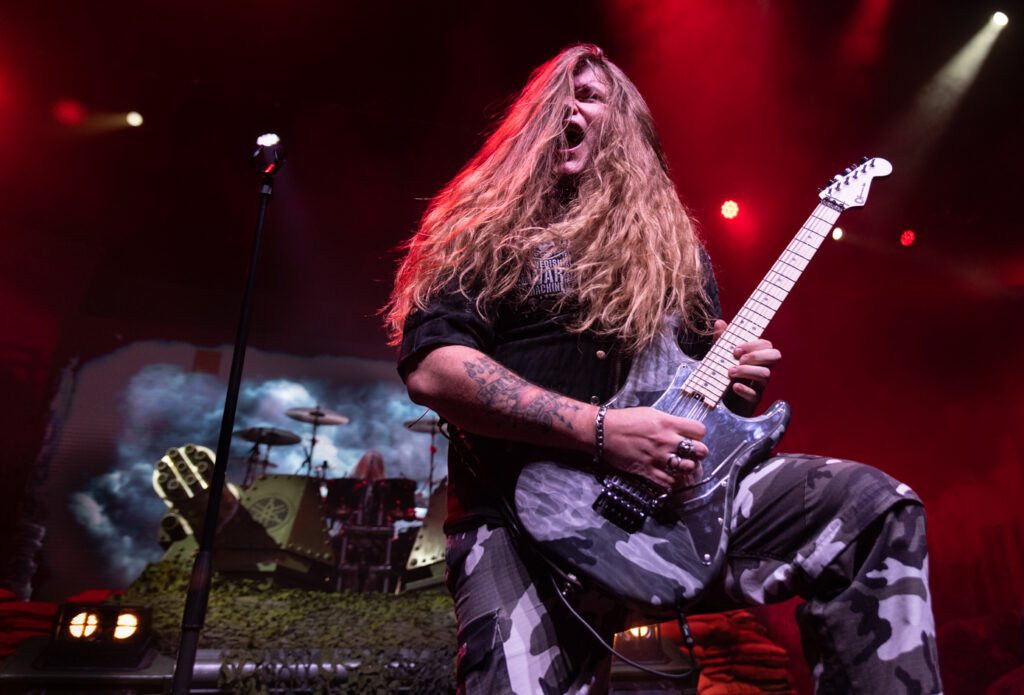 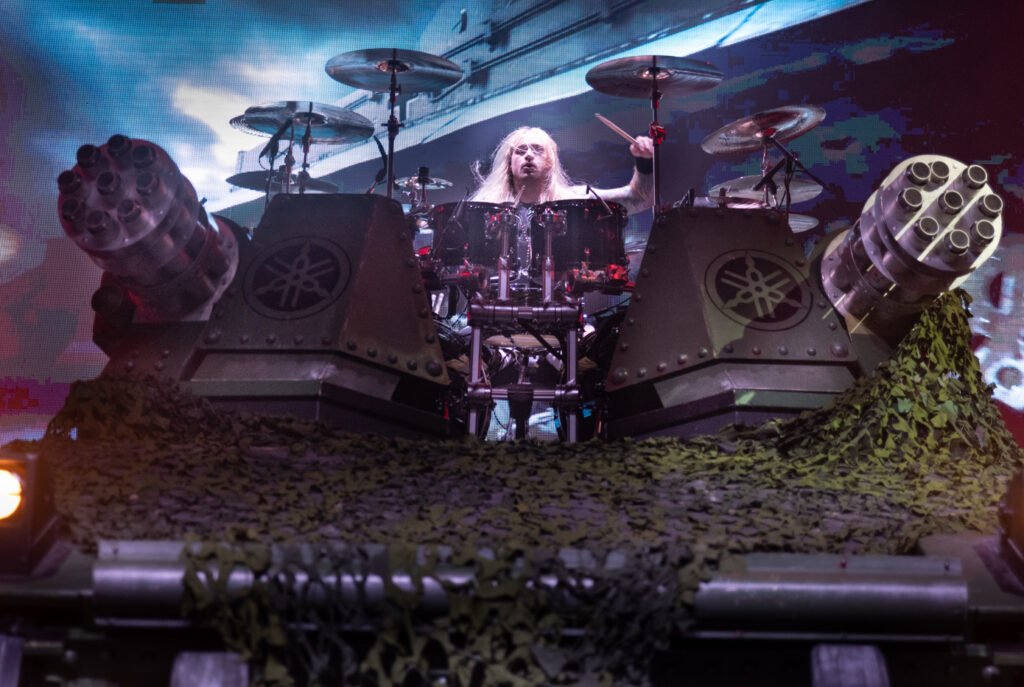 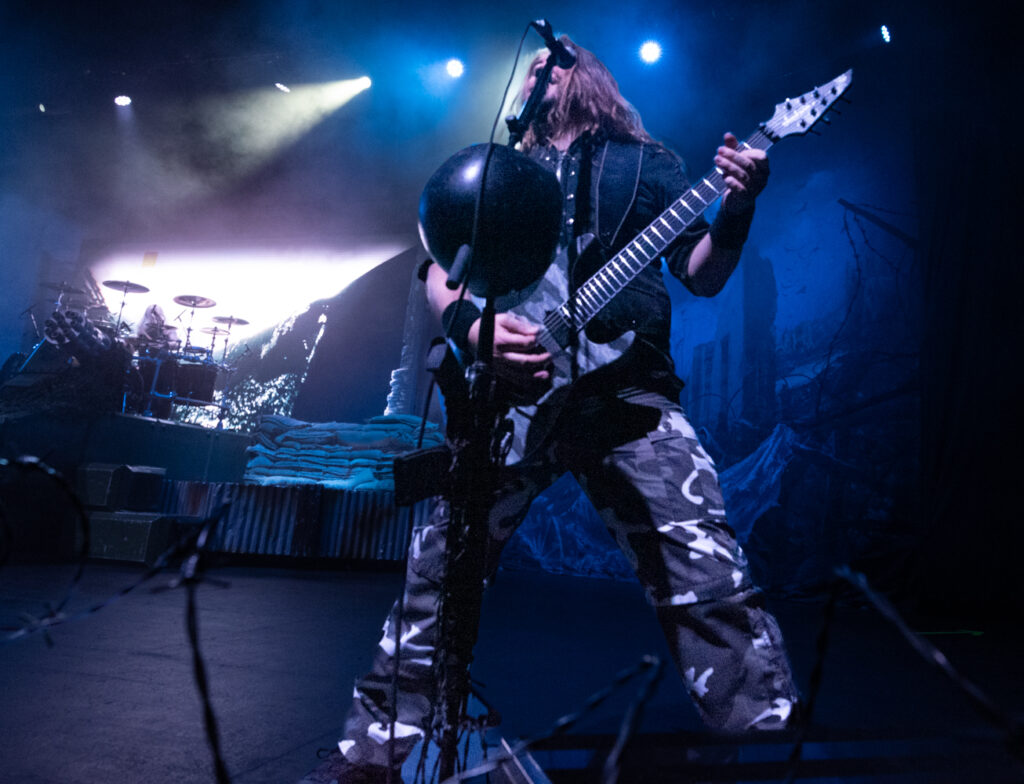 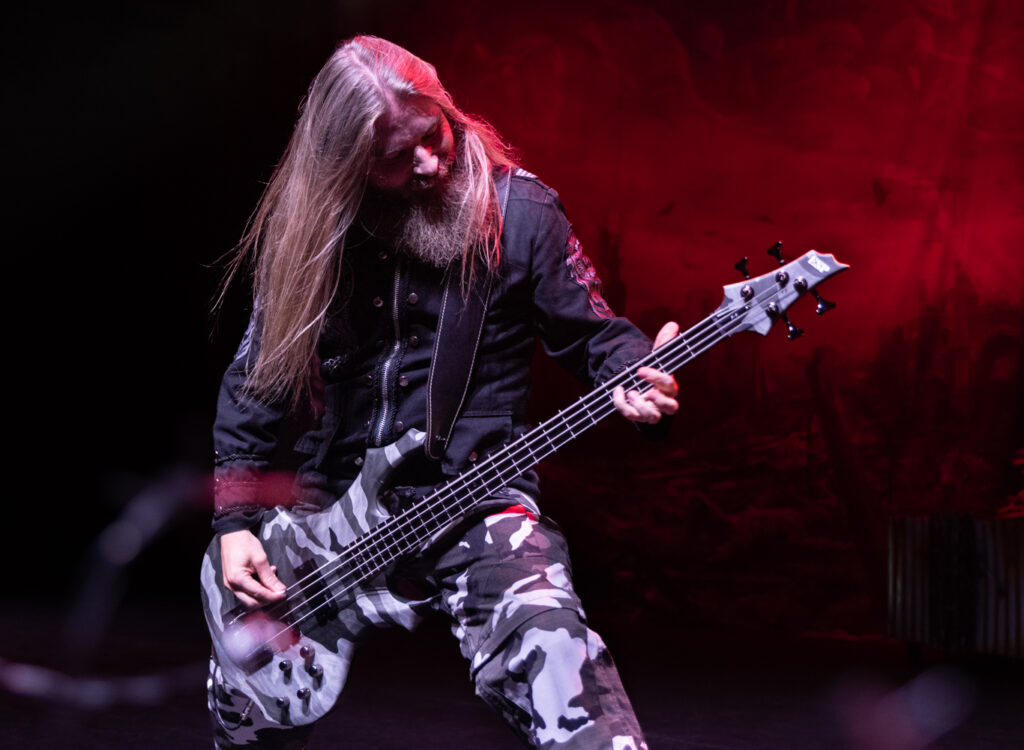 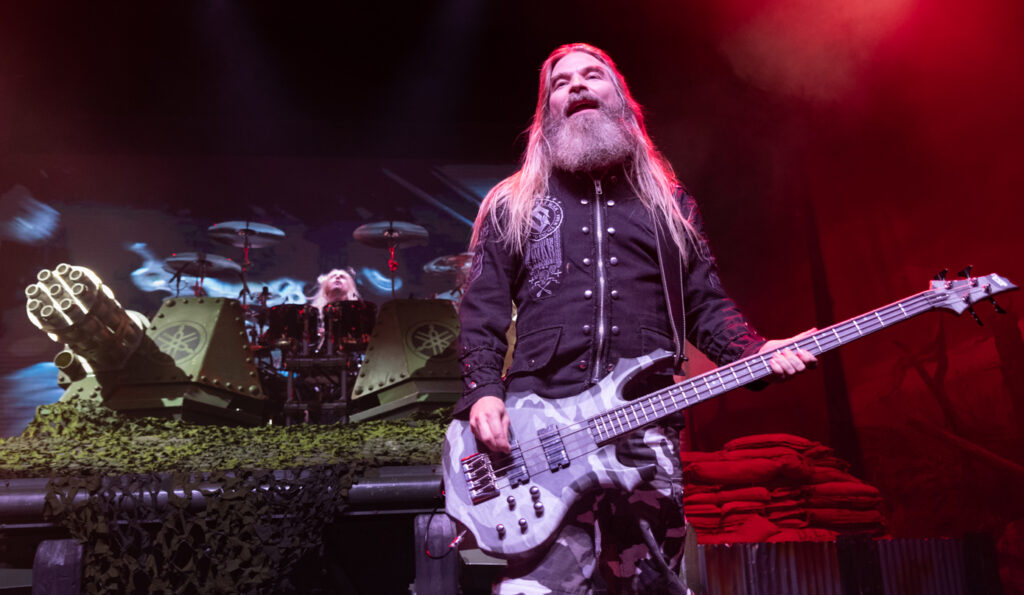 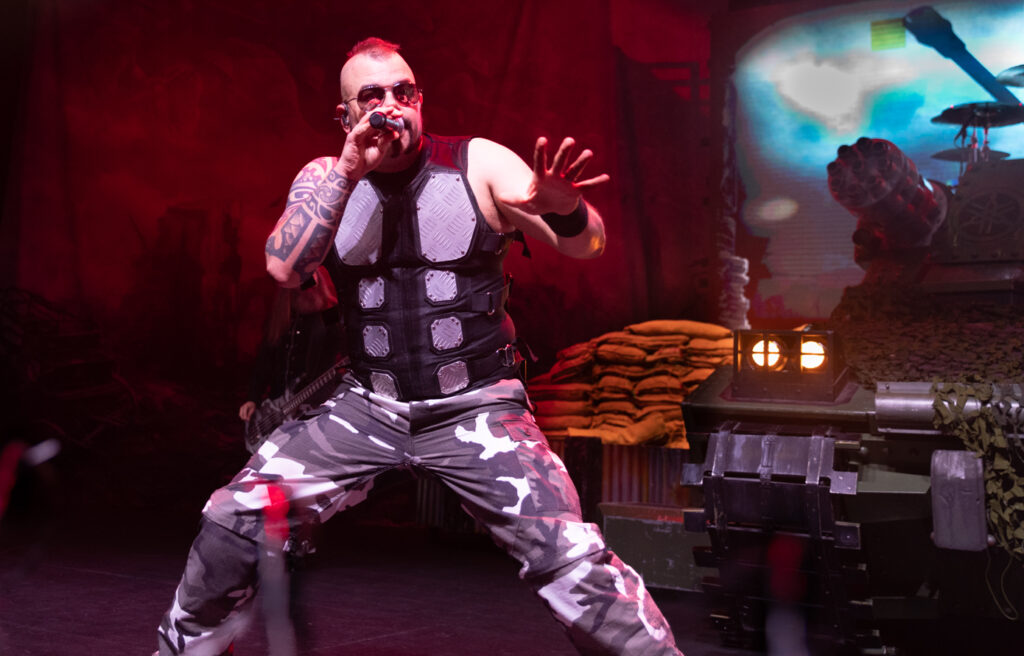 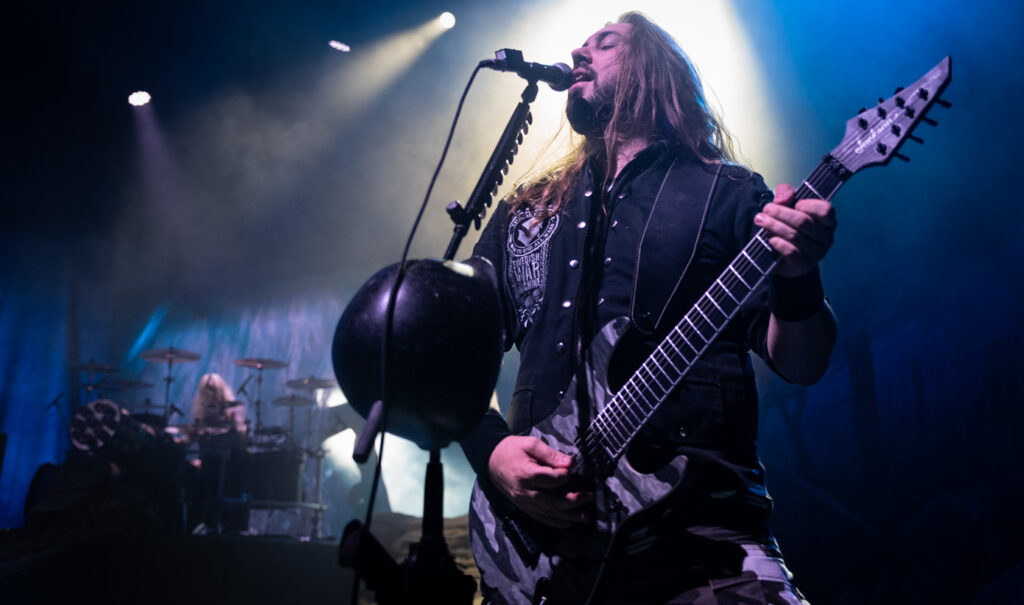 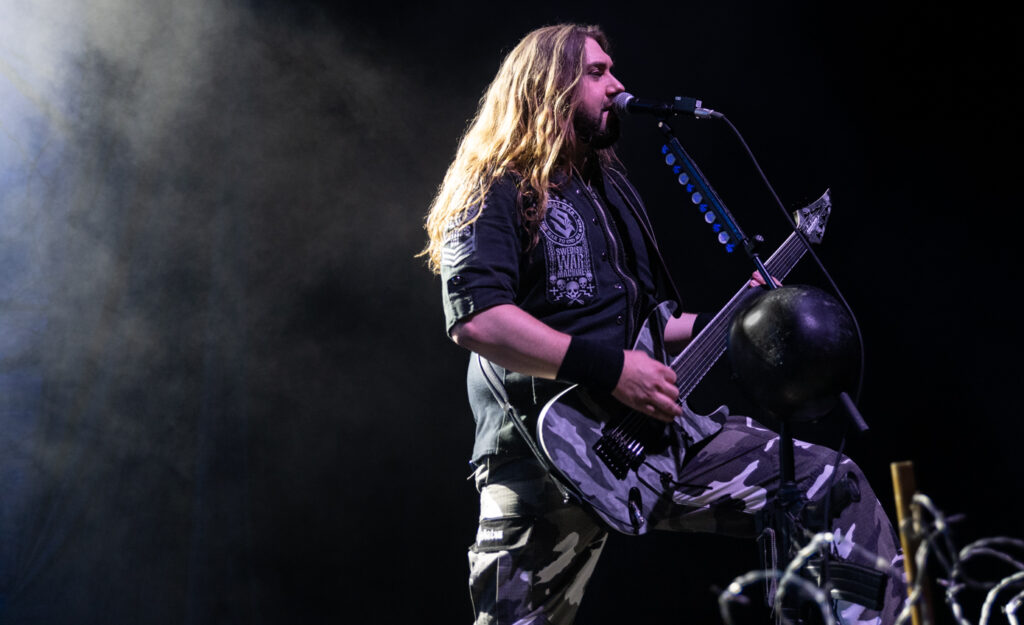 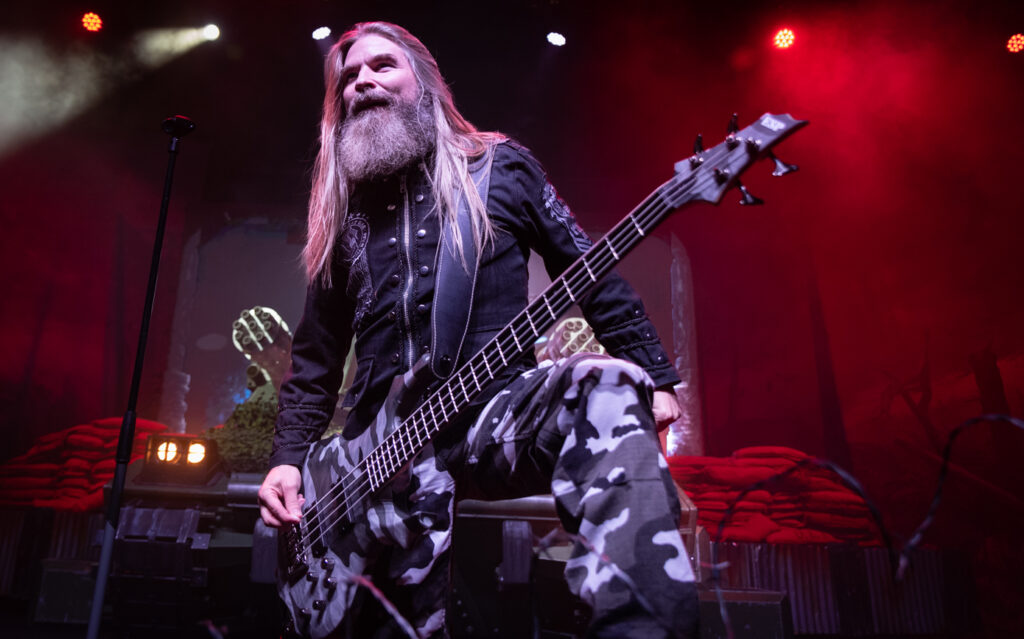 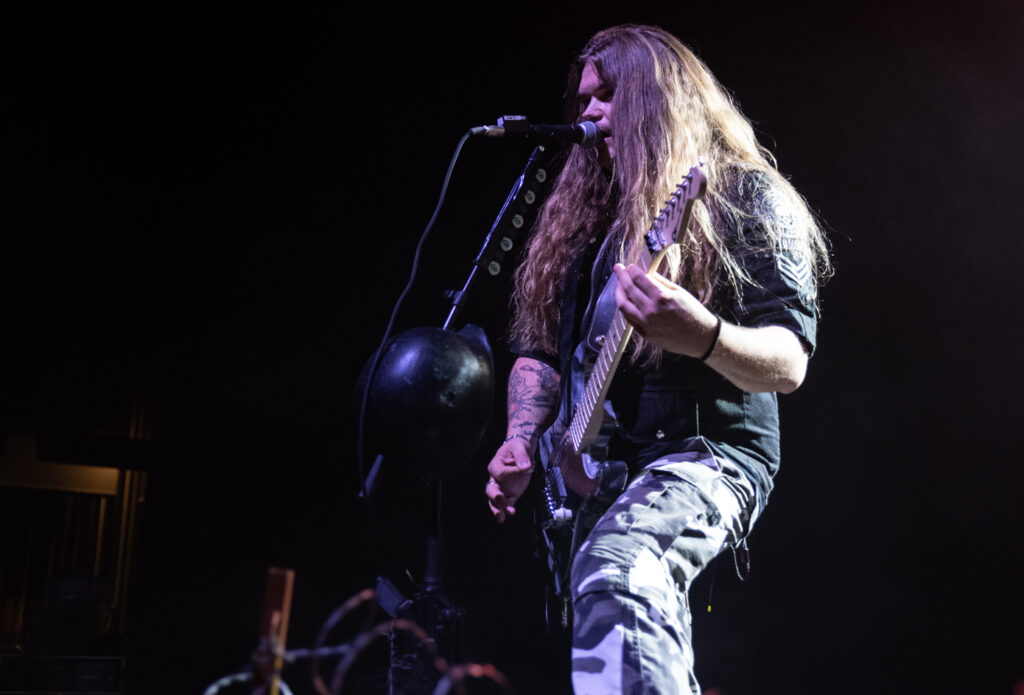 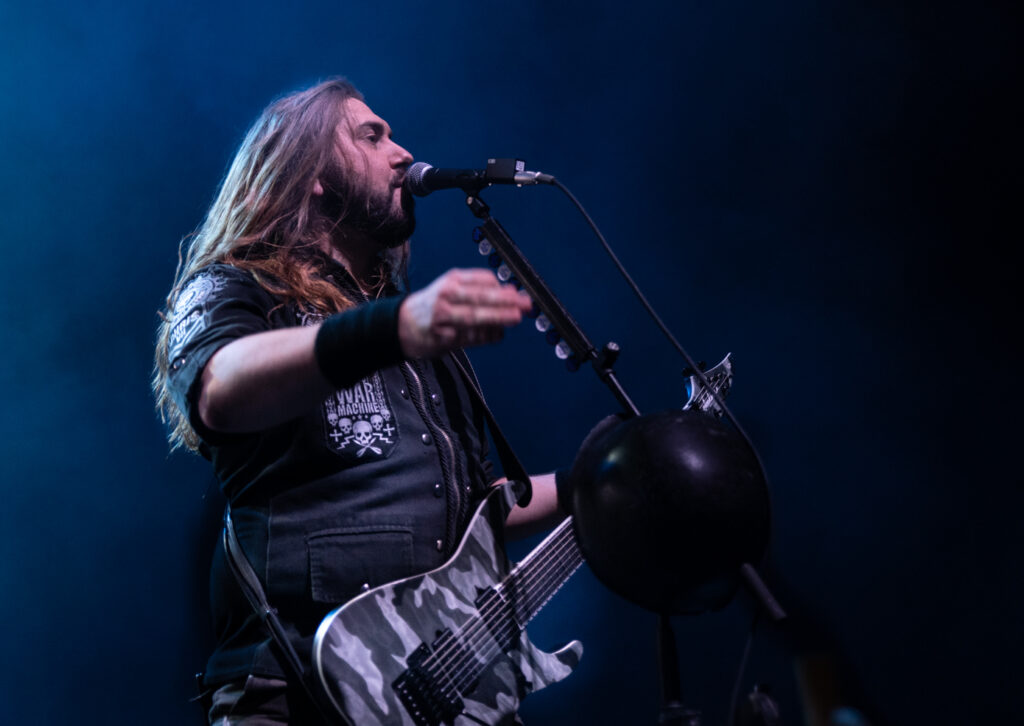 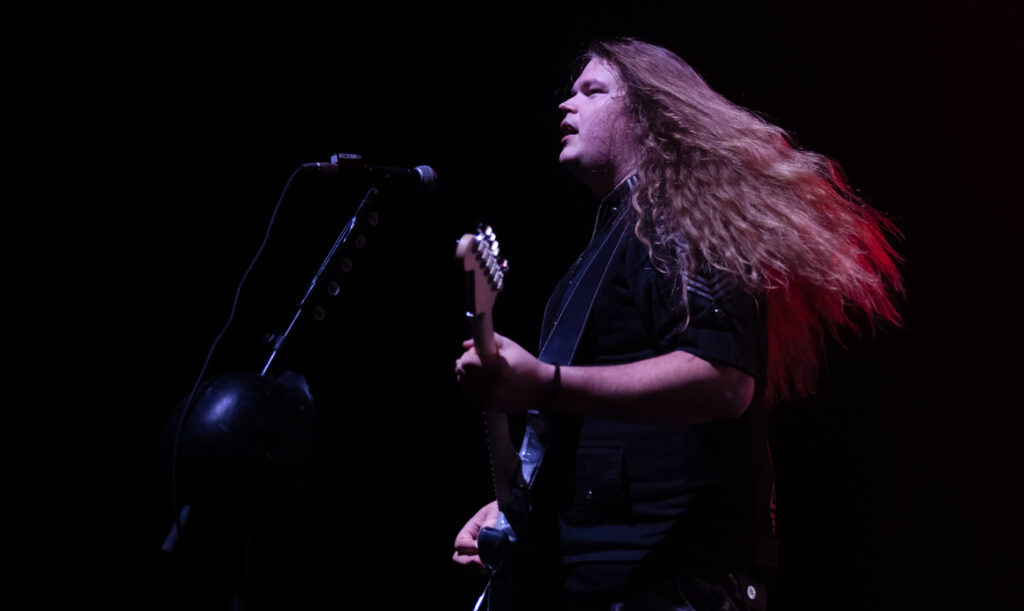 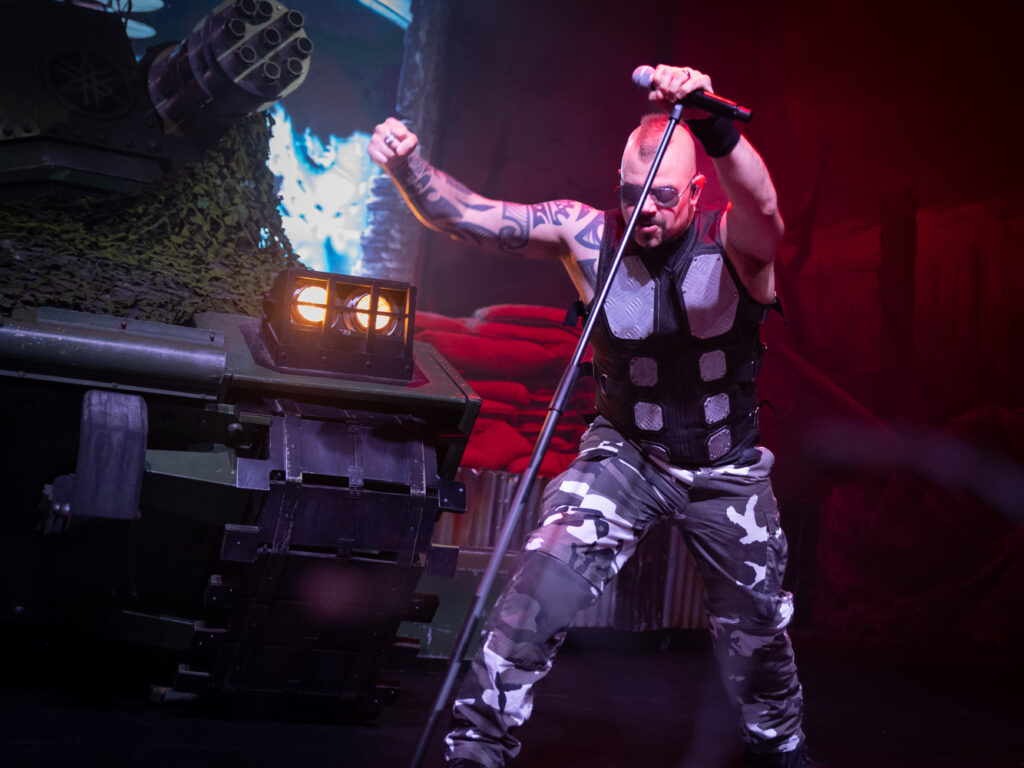 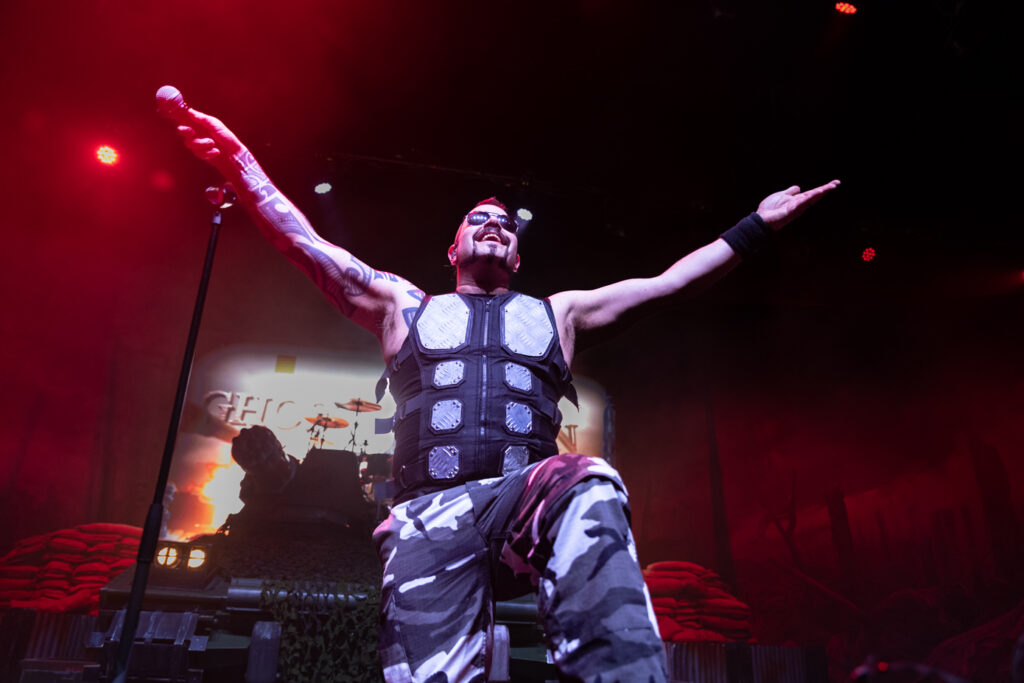 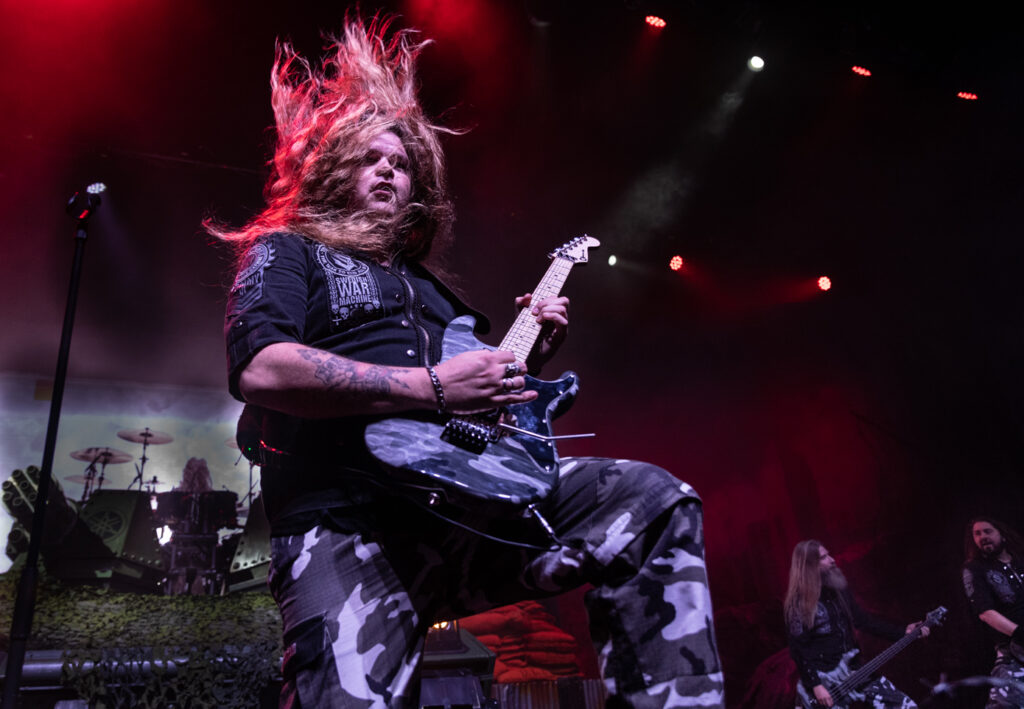 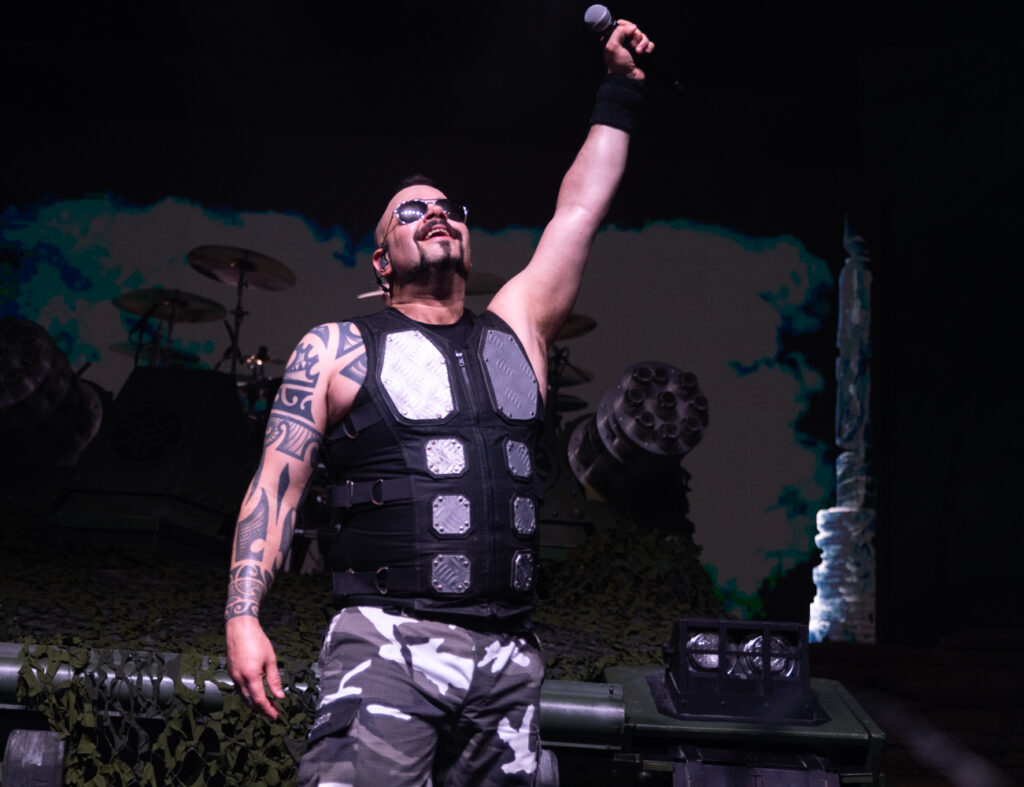