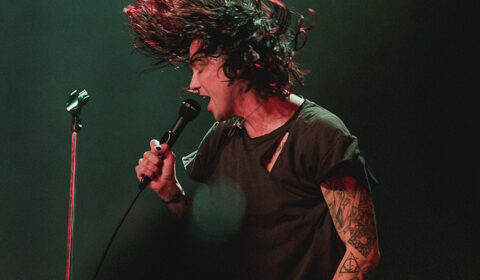 Sleeping With Sirens Wakes Up Phoenix

While it seems that Sleeping With Sirens was just here in the Phoenix Metro area not more than a month ago, they returned to an albeit smaller venue but to yet another sold out show. “Phoenix always shows the fuck up!” SWS singer Kellin screamed into the microphone to the adulation of both adoring adolescents and applauding adults. On a cooler evening on Monday, 10.17.2022 in Mesa, AZ, The Nile Theater hosted a rather intimate setting for the beloved heartthrob band out of Orlando, FL.

The thing about Sleeping With Sirens is that regardless of the venue, you know exactly what you’re getting into.

Kellin is going to Kellin – meaning that he will pour his entire heart out on whatever stage he happens to play, and this time around was no different.

They will also most likely tour with a band containing the word “North” in their title as they have now toured with Point North twice and are taking True North on this run. So if you’re in a band and you want to have the possibility of touring with the likes of Sleeping With Sirens, add “North” somewhere in your band name and your chances will automatically increase by 1000%.

True North opened the all ages show to quite a bit of fanfare, which was awesome to see. Sometimes at shows people only come for the headliner (which doesn’t make any sense) but it was a nice change of pace to see so many humans go as hard for the opener as they did for the main act (even if one of their members is from Lincoln, NE. Seriously…who even is from Nebraska SEAN HANSEN?).

Based in Los Angeles, CA, True North was the perfect compliment to open this show. Their grooves are groovy and stylistically they compare quite well to their counterparts. Brimming with energy, vocalist Tim Beken declared that they had just, “released our first record of all time,” and encouraged the audience to stream it everywhere they could. You could tell that these fellas really enjoy what they do and that they’ve got an undeniable chemistry with one another. They played a tight show, and the audience nearly went sideways when Kellin Quinn himself joined them on stage for their performance of “Your Confession.” Other notable tracks included “Gasoline,” “Save Me,” and “Nocturnal.” If you’re a fan of alternative rock or pop-punk, give these fellas a spin! 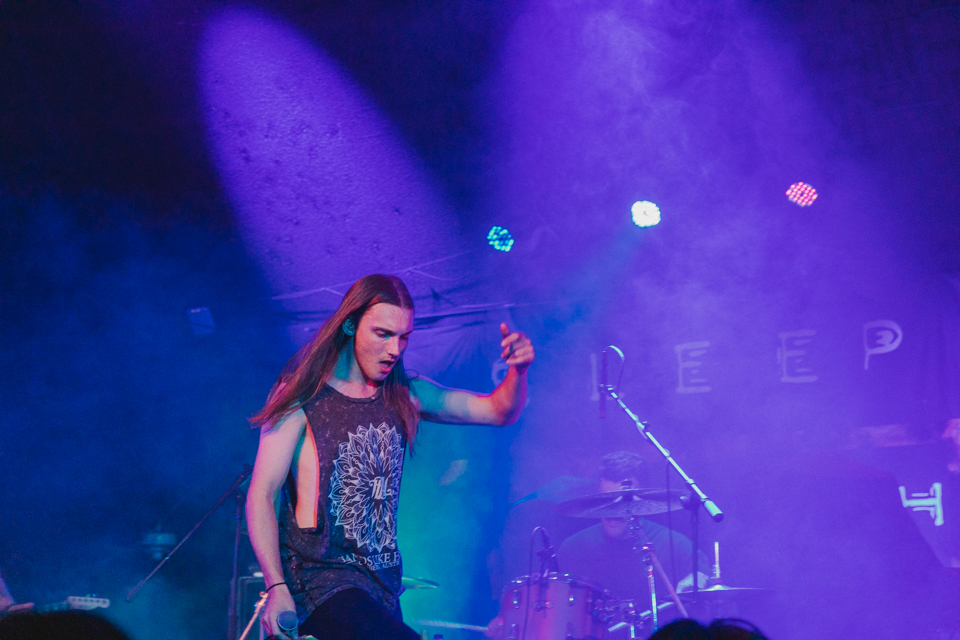 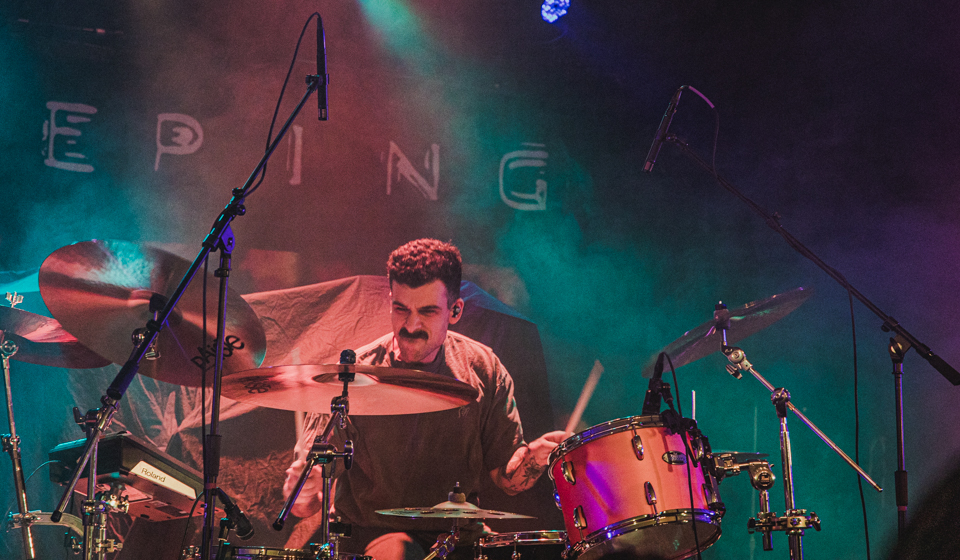 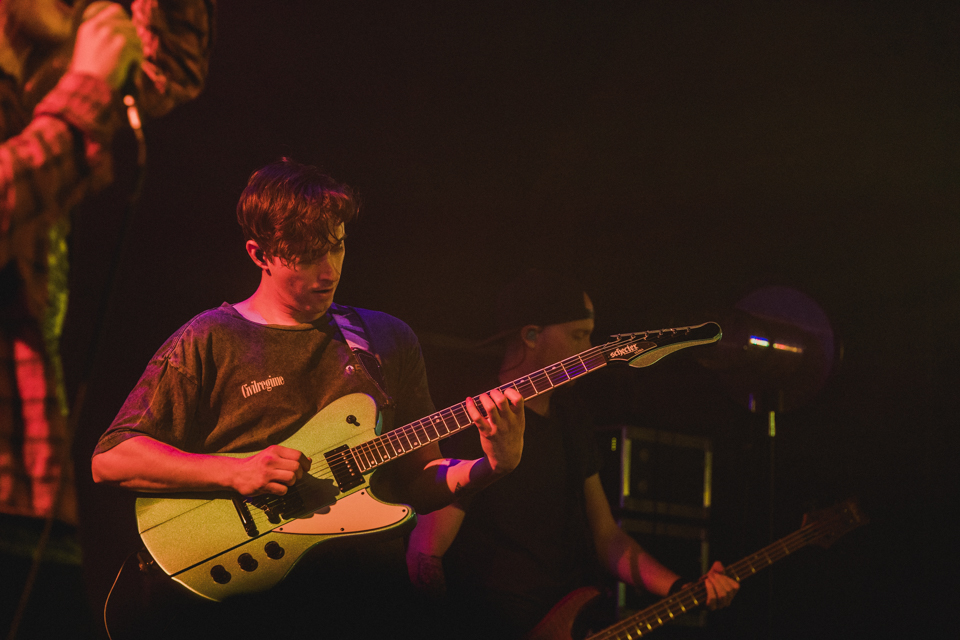 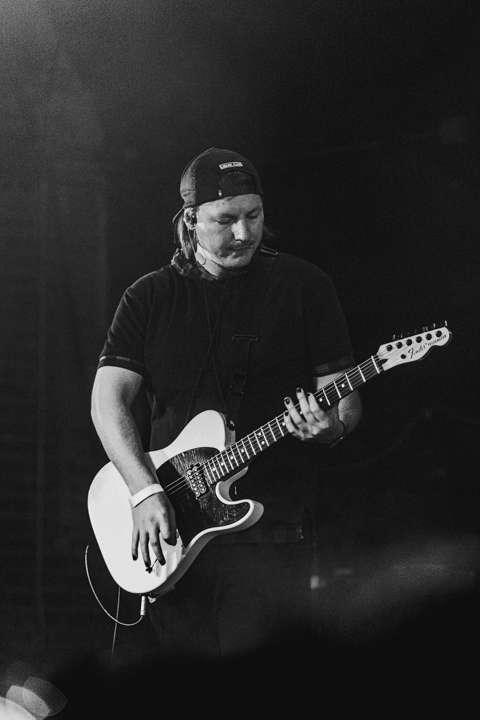 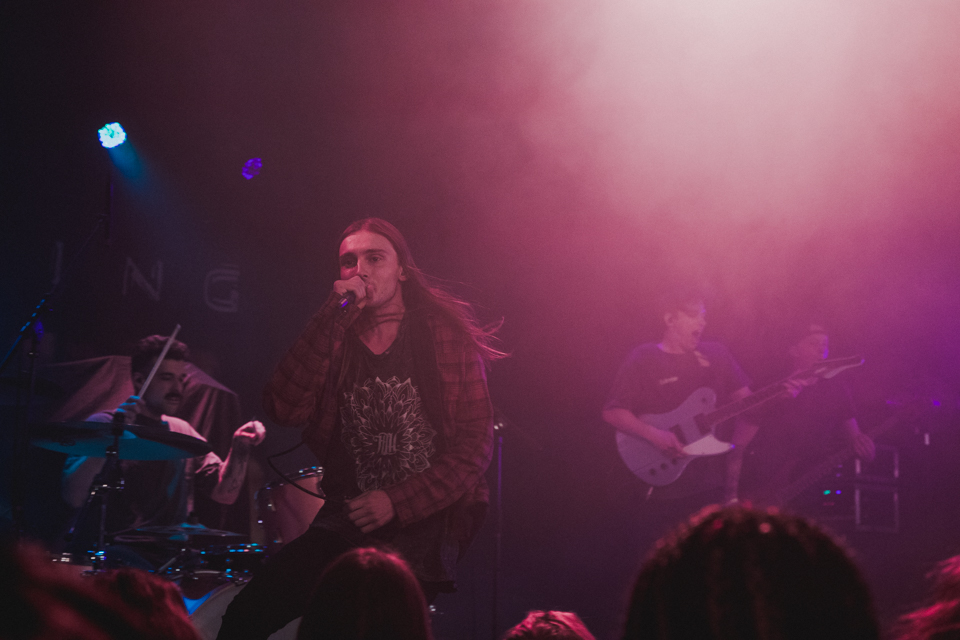 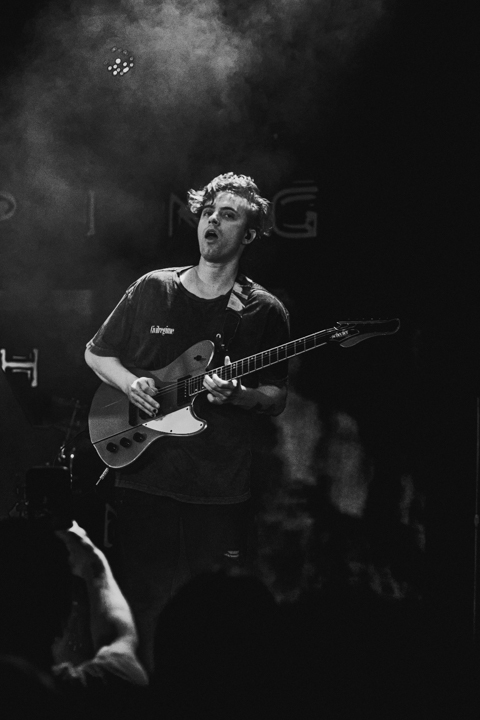 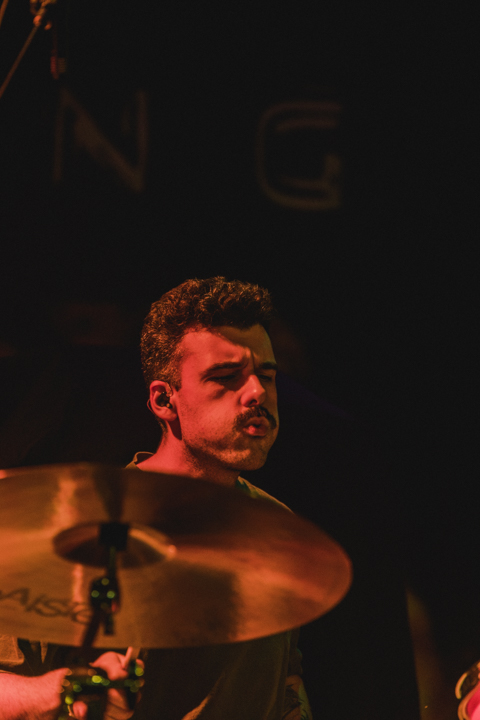 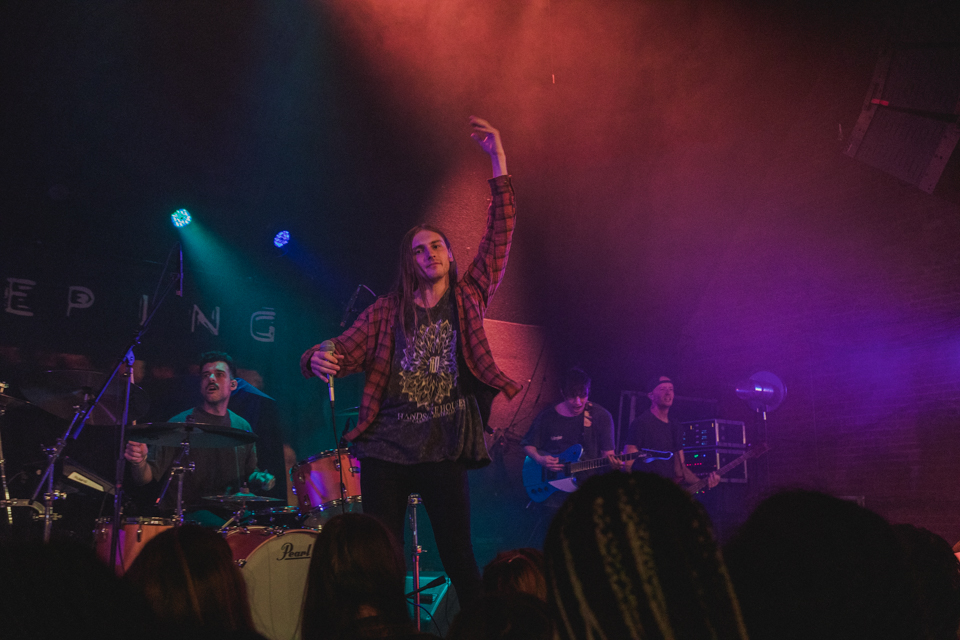 After about a 20 minute changeover, the boys in SWS did what they do best and commanded the rest of the evening. After coming on stage, the audience rushed the stage as teenage hopefuls rushed to get as close to the forever young vocalist.

Did they play ALL the hits?

Kellin must have one hell of a vocal coach for his voice to be able to withstand such a beating, but if the band The Devil Wears Prada can tour 13 months out of the year, then I supposed SWS is equally attune to the challenge. Touring in support of their new record Complete Collapse, it was a miracle that the venue, built in 1924, survived the thrashing from the mosh pit and avoided complete collapse itself.

Another really cool thing about SWS is that they are always so thankful for those who show up. Somehow through all the accolades they have remained hungry and humble, and it would be a cool industry trend if other bands acted like they needed the fans instead of the other way around (here’s looking at you Motley Crue). And while the light show and lack of a photo pit made it a little more difficult to shoot in, it was a visually appealing spectacle to see. They slowed it down for a bit towards the middle to do some acoustic tracks, but picked it back up immediately and finished the show on a strong note. Towards the end it appeared that Kellin Quinn was attempting to outdo his infamous vibrato and attempted to go higher which the audience completely ate up.

At the end of the performance, they took a bow and again thanked the audience for showing up. And to the kid in the audience whose first show this was, you’ll now have a difficult time topping this intimate experience from one of pop-punk’s top acts. Notable tracks included “Crosses,” “If I’m James Dean, You’re Audrey Hepburn,” and of course, their staple track, “If You Can’t Hang.”

Shout out to the Nile staff for doing their part to keep everyone safe during the show as there were events both upstairs in the main room and downstairs. We know it can’t be an easy task, but you rose to the challenge and did a great job. Also a special thanks to those of you who wore deodorant to this show! This was probably the first show in forever where the rank stench of unwashed armpits didn’t immediately suffocate the venue, so keep that shit up!

Until next time, keep being excellent to each other and we’ll see you at the next show!

Get Into Sleeping With Sirens Here! 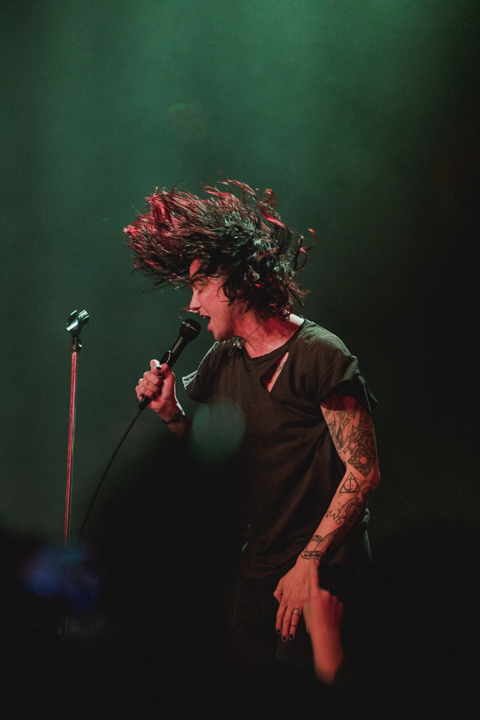 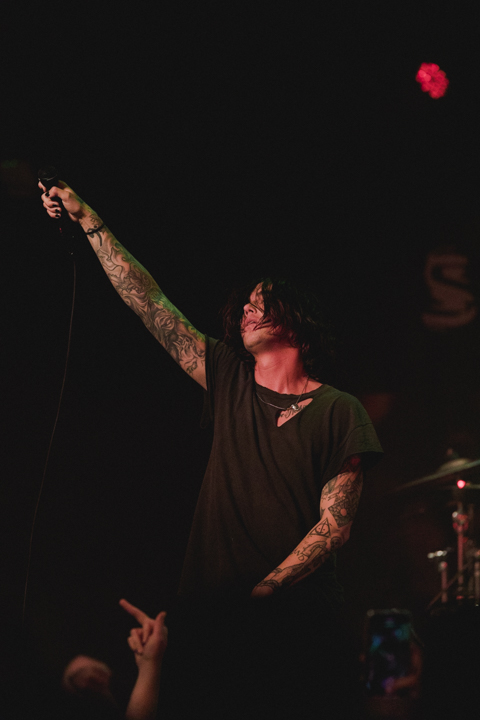 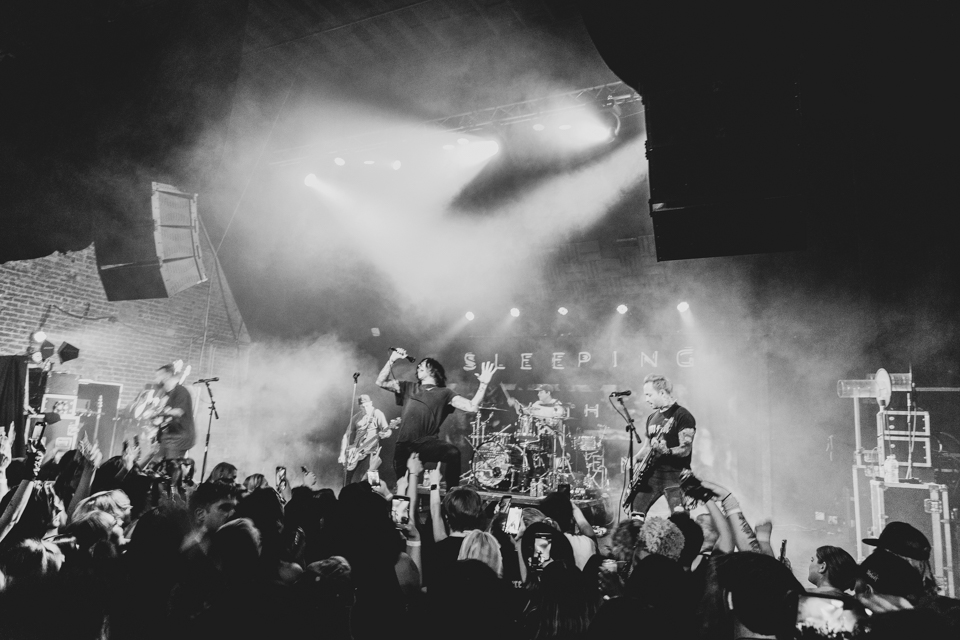 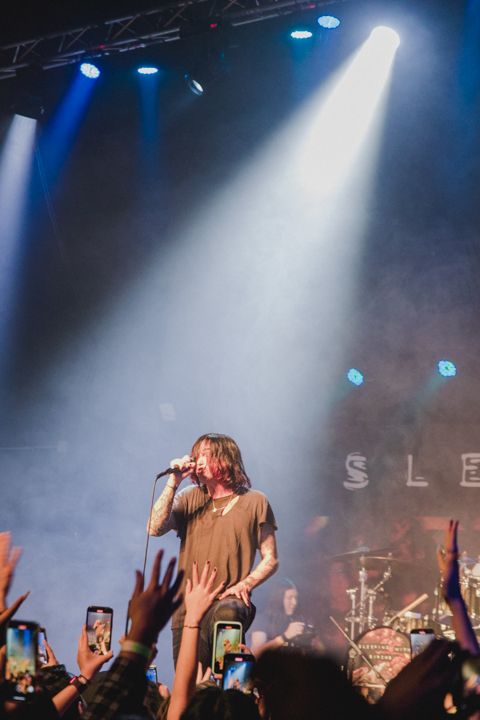 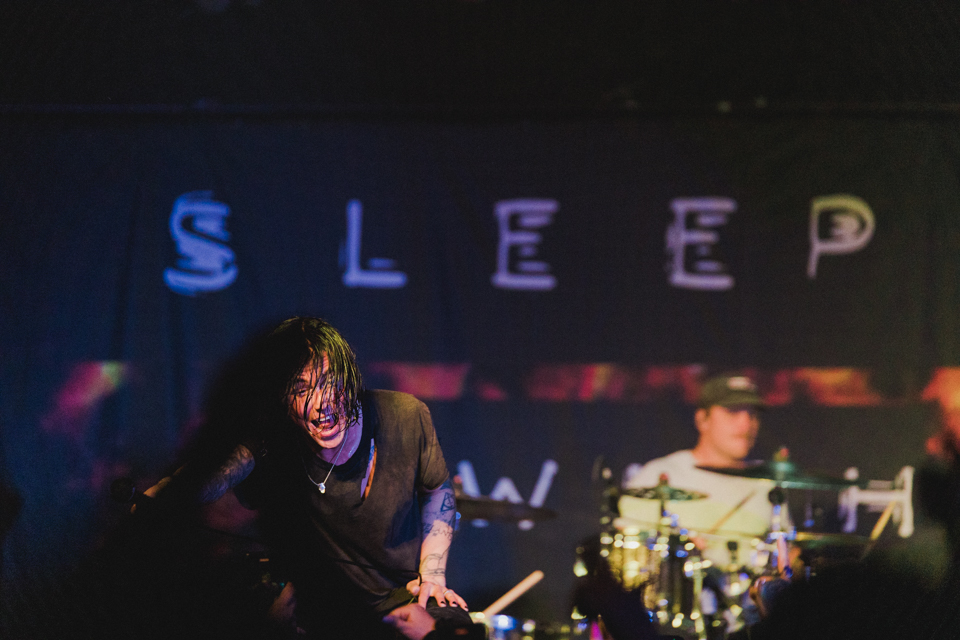 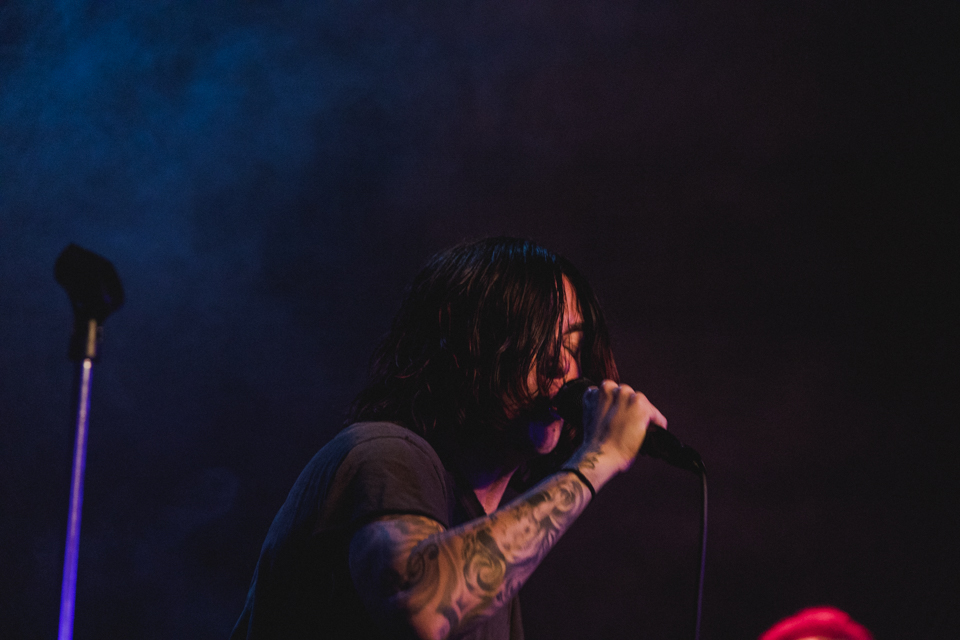 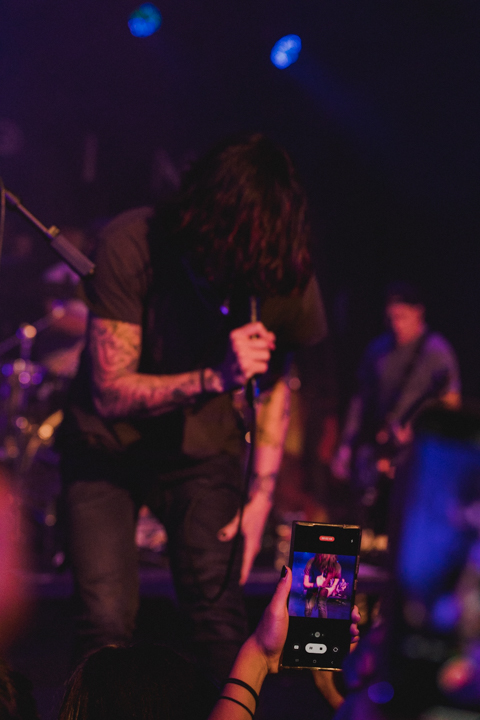 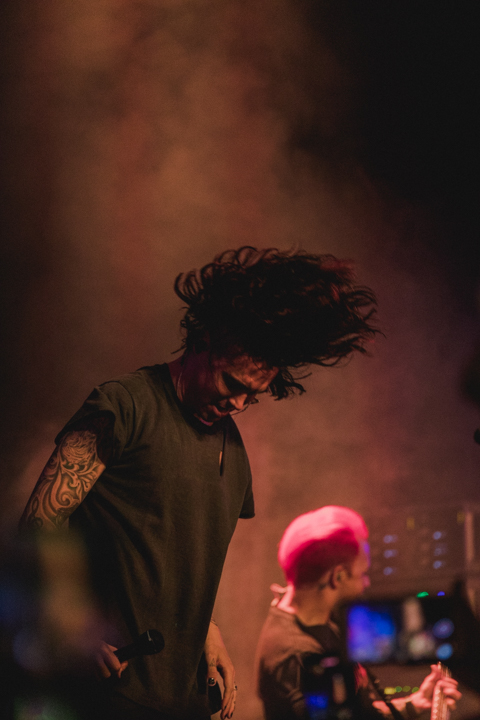 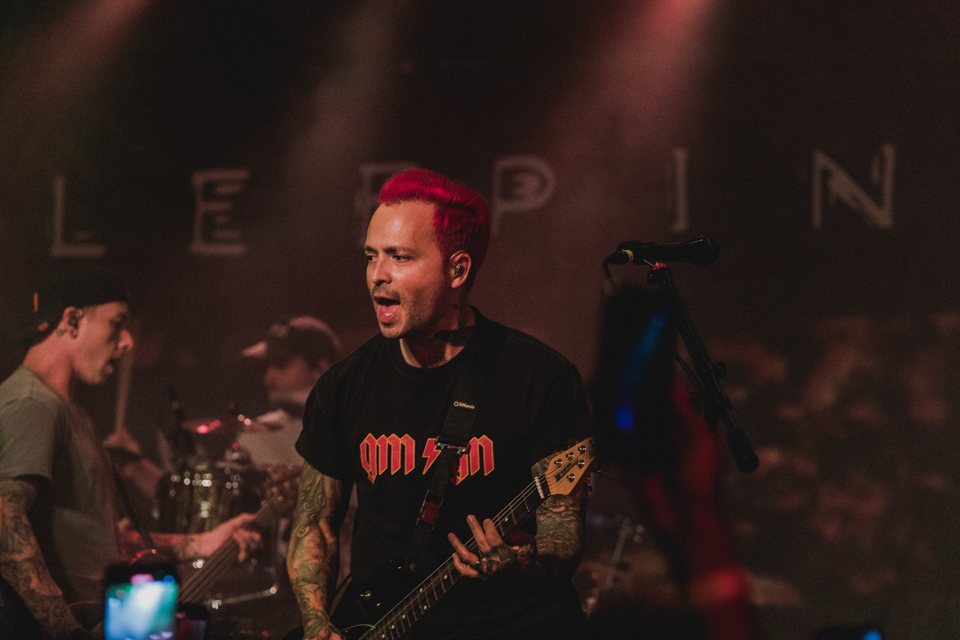 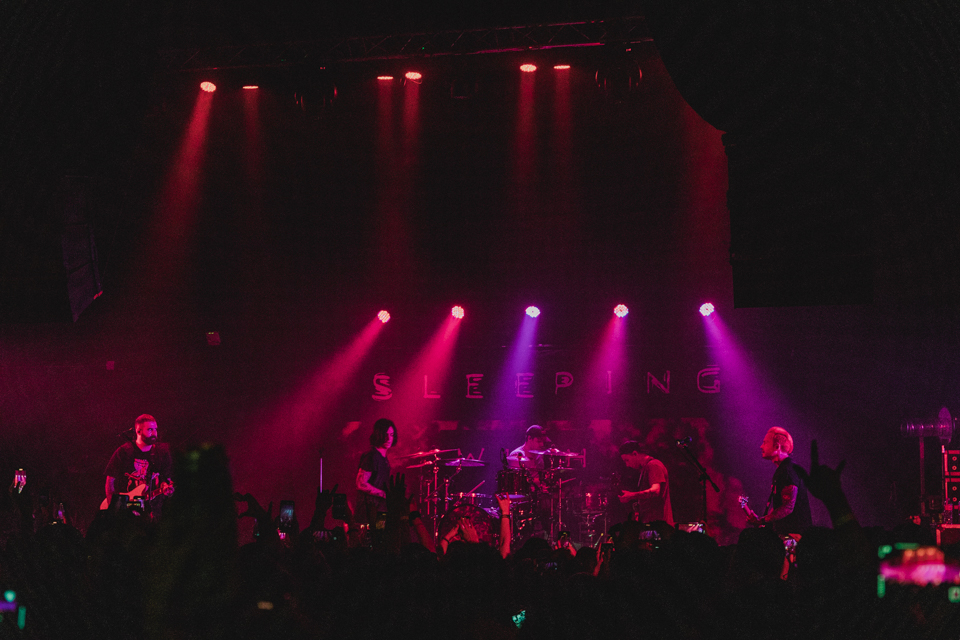 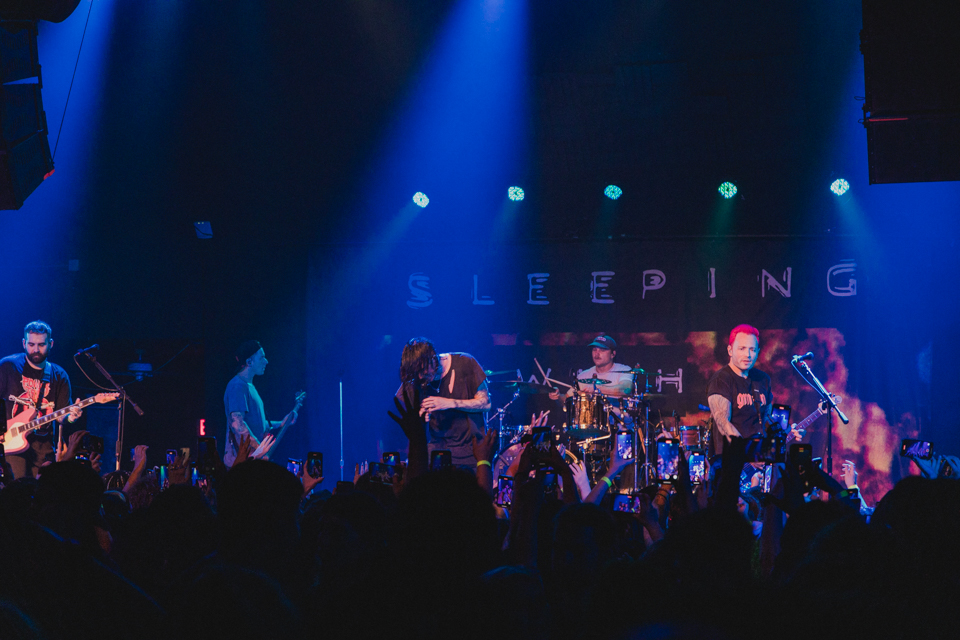 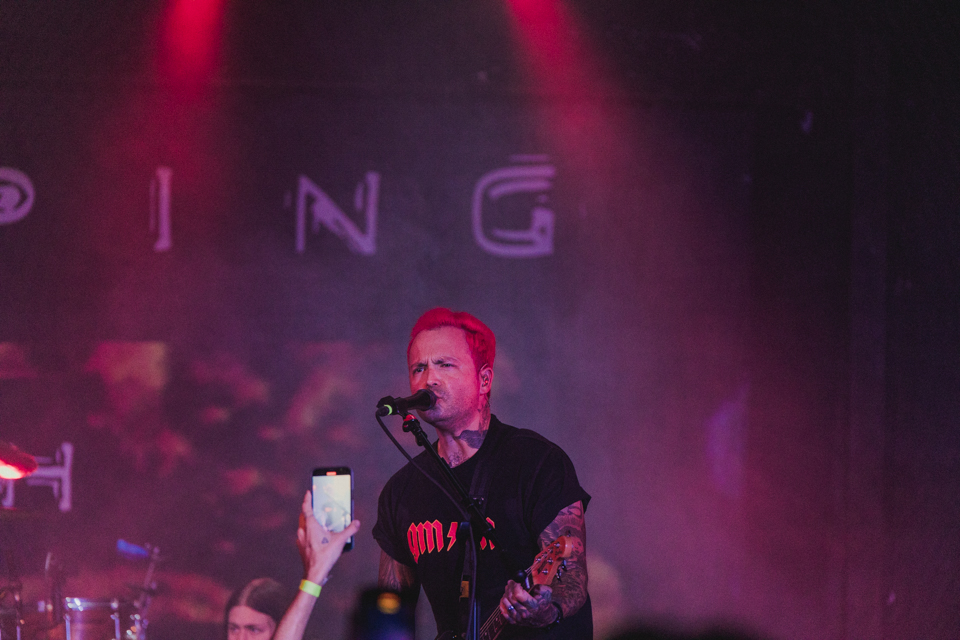 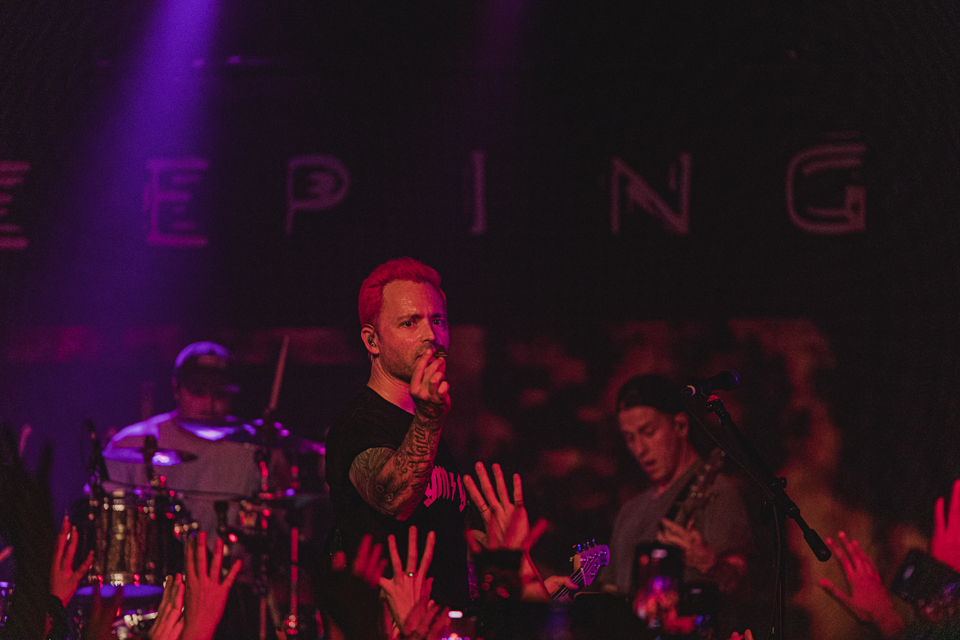 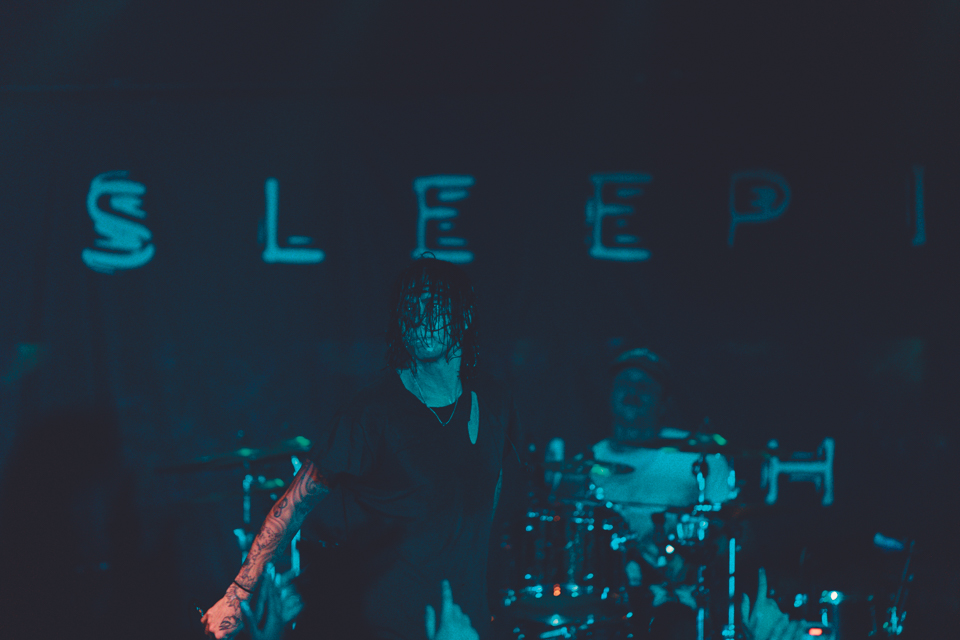 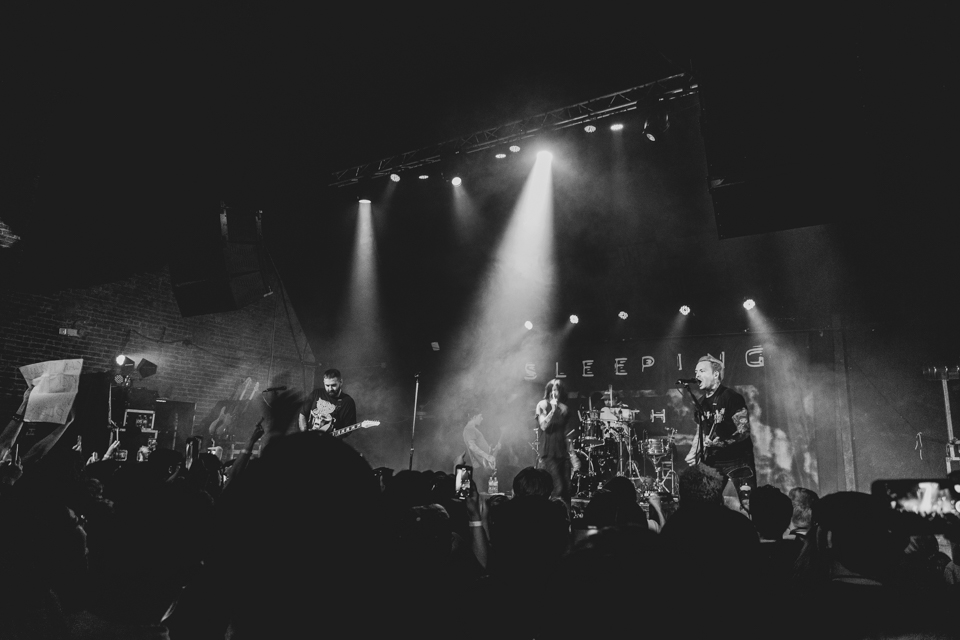 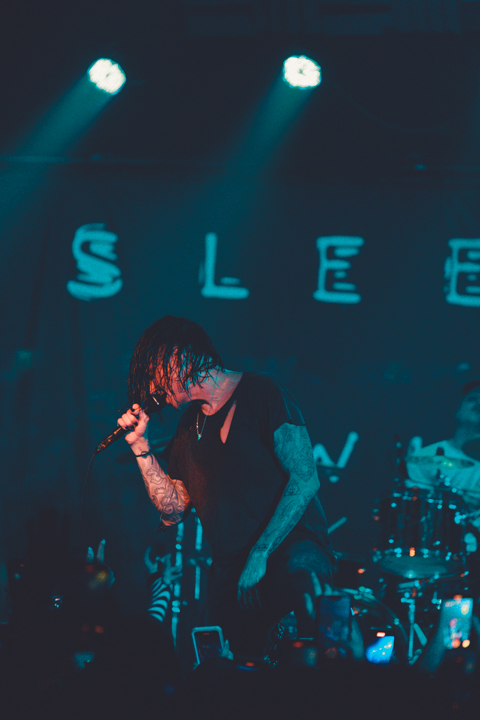 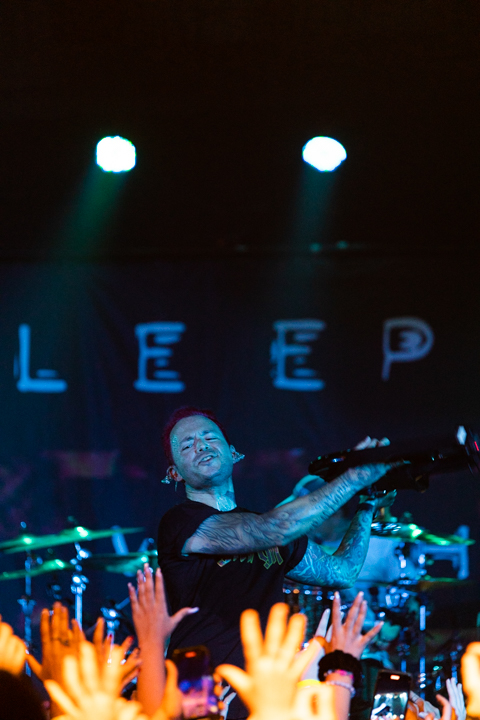 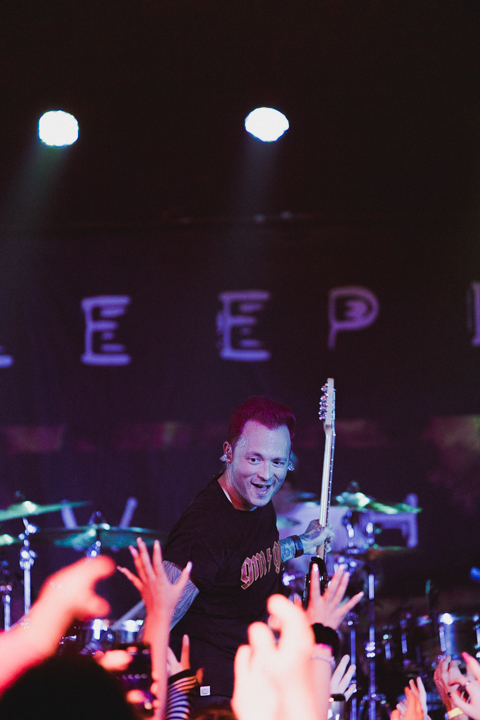 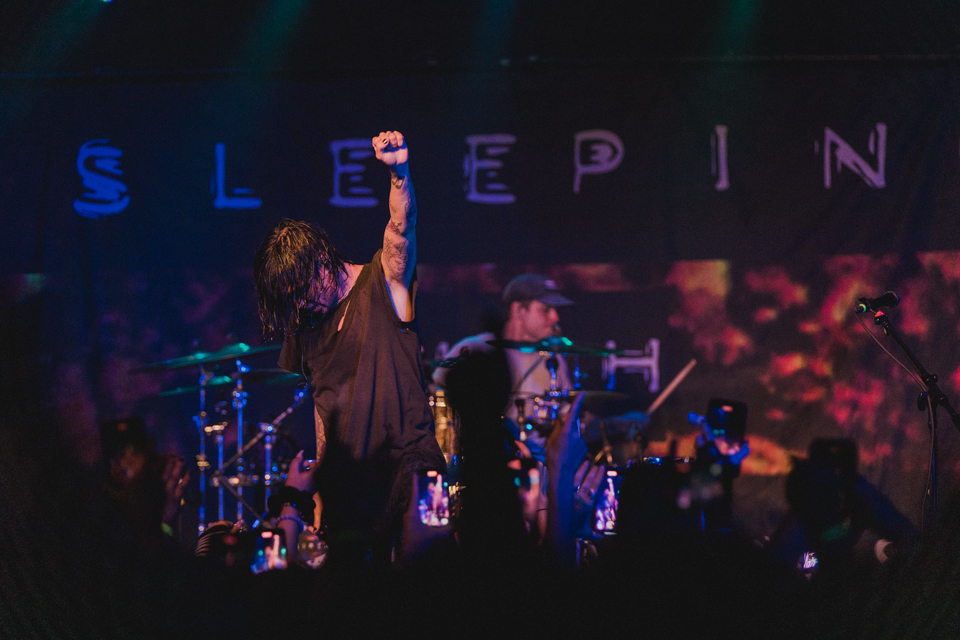