New Years Eve 2017 went out in a blaze of 80’s Rock and Roll Glory in Phoenix, Arizona. BLK Live hosted the evening and although they have only been open less than one year, BLK Live is proving to be the new hot spot for music.  BLK Live’s calendar is quite diverse, ranging from bands like LA Guns, Puddle of Mud, Quiet Riot to DJ parties and Classic Rock Cover Bands.  The club’s restaurant is separated from the live music area, where diners can enjoy their meal without being blasted by the live music; and the food is definitely topnotch!  When we asked about the acronym in the club’s name, a staff member said, the BLK stands for Black Angus. 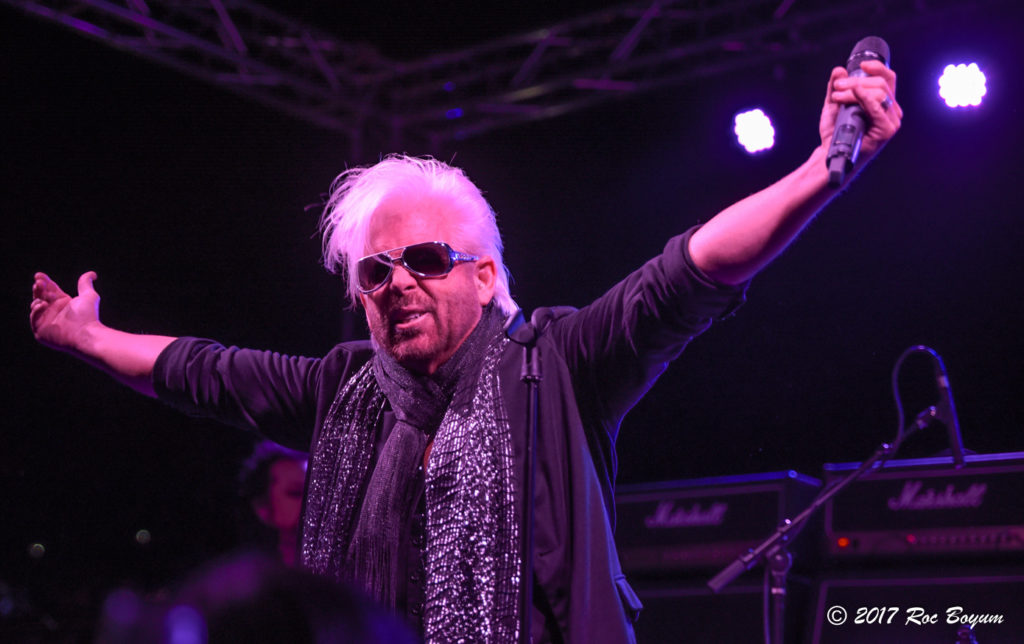 The evening kicked-off with Phoenix denizens Color of Chaos, who were a surprising force of heavy rock igniting the evening with their fresh approach to the 80’s glory days. The band features Steven Carlson-vocals, Lance Eric-Bass, Danny Ott-Drums and Steve Favela-Guitar.  Their music is the epitome of everything that was the 80’s sound. The band delivered a powerful beginning to this New Year’s Eve Party. One just had to close their eyes while listening to these guys play, and your’r instantly transported to the era of big choruses, massive guitar chords/riffs and melodic hooks that ring in your head. The band accomplished this, all the while not sounding like anyone else, very impressive!

The band presented a full 12 song set of well crafted songs with memorable melodies all set on the corner stone of stellar musicianship and vocals. 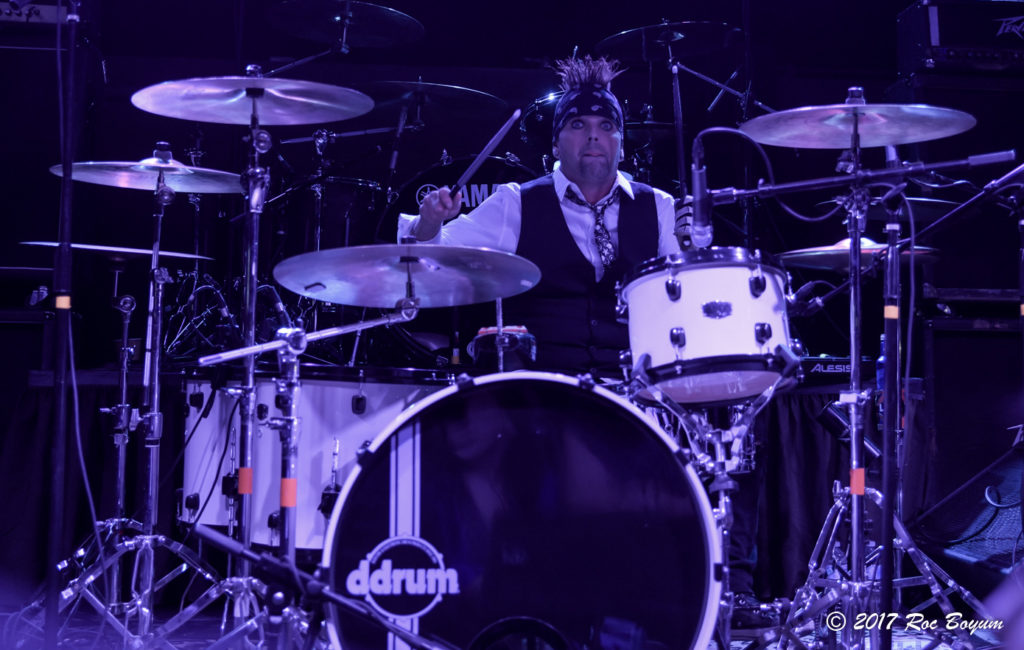 These guys are not your average local opening band, as they have already shared the stage with a long list of notables such as Y&T, Tom Keifer, Kixx and Lynch Mob to name a few.

COC, as they are known by their fans, are set to release their highly anticipated debut LP/CD Beautifully Broken in 2018. The band finished their set with a smashing version of the Creedence Clearwater Revival classic Fortunate Son.

Keep on the look out for these guys; in your area, on the internet and on the airwaves, as they’re sure to be bringing their brand of Chaos your way.

Check out the Color of Chaos Photo Gallery here! 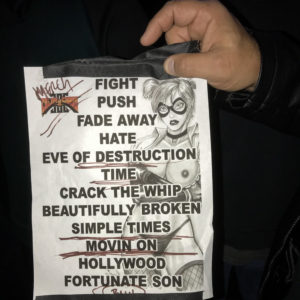 Bang Tango Rockin’ In The Moment!

Next up, Bang Tango hit the stage with the power and passion that this band is so well known for. Led by the band’s original singer, Joe Lesté, the band’s line up is completed with Rowan Robertson-Guitar, Drew Fortier-Guitar, Lance Eric-Bass and Timmy Russell-Drums. 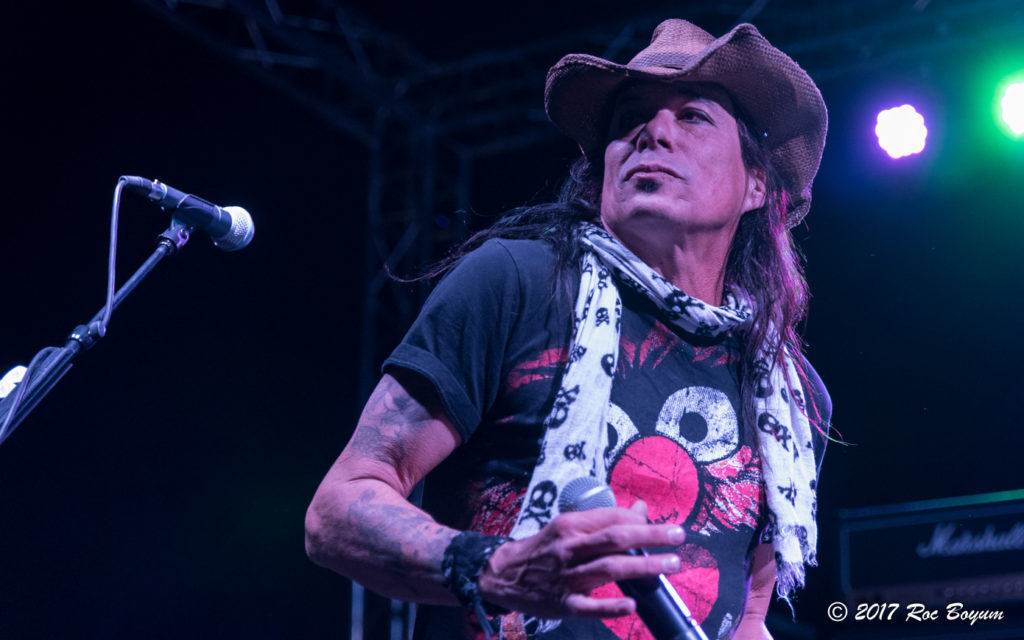 With the exception of Rowan Roberson, this line up has been together for the past 13 to 14 years and seemingly did not play off any visible set list. Lesté simply called out any given song from the band’s impressive catalogue which set into motion their power house drummer, Russell to immediately launch the band forward with the power of a freight train.

Joe Lesté once told the LA Weekly; “We make music to make music. We play shows to play shows. It’s like if you ride motocross. You go out and lump that bike out on the weekends, and continue doing it no matter what.”  Lesté carries that philosophy into the band’s live shows, as he glides and dances his way across the stage. When Lesté is on stage he’s in the zone, doing what he loves to do, which makes a Bang Tango show an absolute good time for all.

When Lesté announced that the band was coming up on their last song, the crowd knew it could only be the hugely successful fan favorite, Someone Like You, from The Band’s seminal LP Psycho cafe.  This was not only a song that had the crowd singing at the top of their lungs, but a song that left everyone thinking there was no way they could top that performance; but top it they did! Bang Tango pulled out a grand finale that included all the members of Color of Chaos for one hell of a raucous version of AC/DC’S Highyway to Hell; That’s how you crush 2017 on New Year’s Eve!

Stephen Pearcy who is best known for his work with 80’s mega success Sleaze Glam Band, Ratt, swaggered onto the stage; not just to ring in the new year but to smash 2017 in Sleaze Rock style. Pearcy started his show off with a double assault from Ratt’s second LP, Invasion of Your Privacy with the tracks You’re in Love and Lay it Down, before diving into Lack of Communication from Ratt’s first LP Out of the Cellar.

Since Pearcy’s departure from Ratt in 1992, he has recorded 5 solo LPs including his latest effort “Smash” all of which were released under his own indie Label, Top Fuel Records. It has been said that Pearcy’s fan base are Stephen Pearcy brand loyal dedicated fans who aren’t stuck in the Ratt era, and this evening the fans proved this to be absolute! All who attended, sang the lyrics to Ten Miles Wide from Pearcy’s latest LP “Smash” which unfortunately was the only song of the night from Pearcy’s solo catalog. 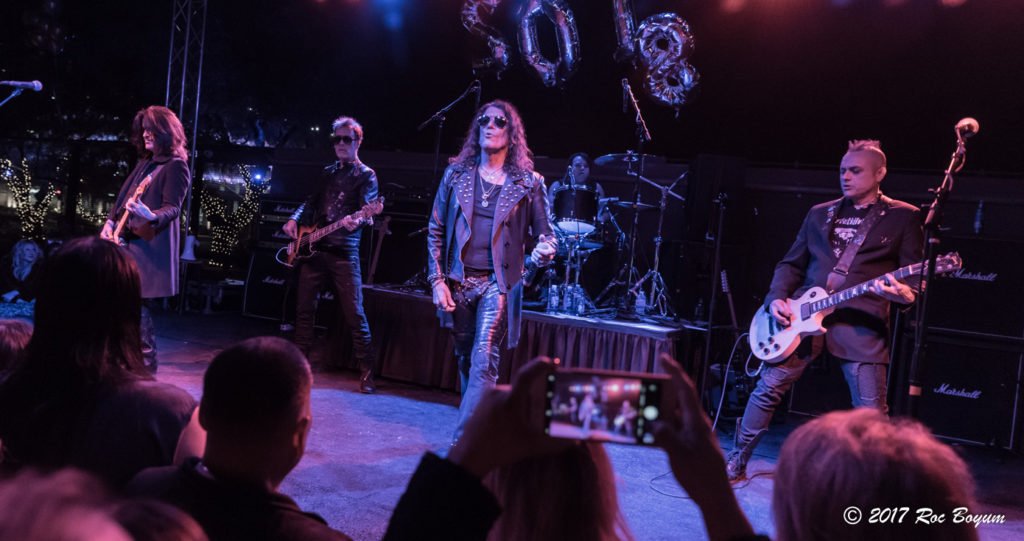 The night continued with an onslaught of Ratt classics including Way Cool Jr., Wanted man, Slip of the Lip, I’m Insane, U Got It (from Ratt’s 4 song EP), and Body Talk before they pulled out a scorching version of Heading Out To The Highway by the Metal Gods; Judas Priest. 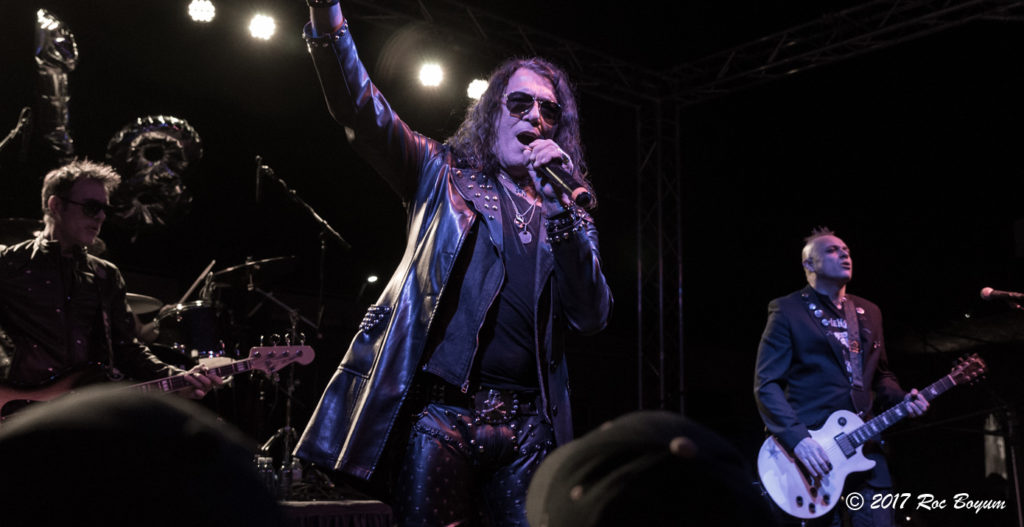 The saying goes, they save the best for last and such was the case this night. Pearcy brought down the house with the two songs, Back for More and Round and Round from Ratt’s 1984 triple platinum success; Out of the Cellar. Although the band played right through the midnight hour without a traditional countdown, nobody really cared, instead Pearcy gave the audience some parting words of wisdom for 2018; Let the party begin!!! 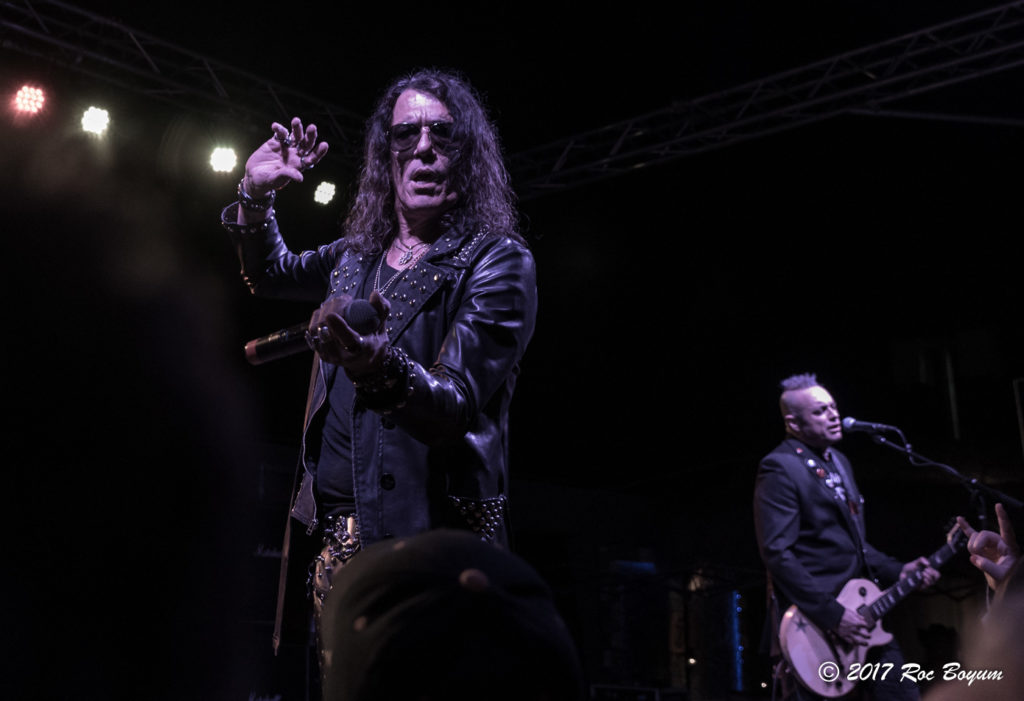