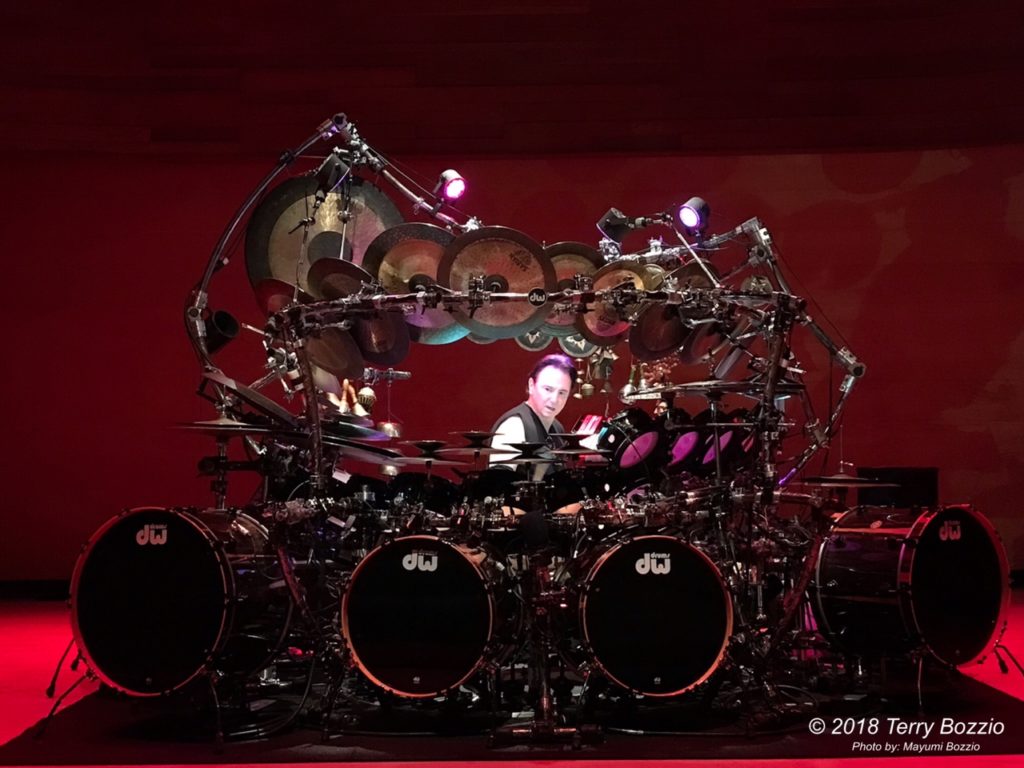 For those outside of the drumming community, you may only be familiar with the name Bozzio in association with the band for which he was a founding member, Missing Persons. Many musicians may know the Bozzio name from some of the iconic bands he has played with that are known for their impeccable musicianship such as, The Brecker Brothers, Frank Zappa, UK, Jeff Beck and of course Missing Persons, to name a few. From these previously mentioned bands, one could ascertain that Mr. Bozzio is one of those musicians who has only played with those musicians who are the best of the best and; you would be right! The truth is, Terry Bozzio is so much more than a soloist or a drummer of Jazz, Rock and Progressive Rock music who possess unique musical abilities. He is also the inventor of many innovative ostinato themes and a master of percussion, orchestral percussion and musical orchestration. The ostinato itself is not necessarily a new concept in music but the types of ostinatos as presented by Mr. Bozzio are new and innovative for drumming, not to mention extremely challenging to play.  For those not entirely familiar with the ostinato concept, think of an ostinato as a “loop” or underlying theme. This “loop” for drums would be played with the hands or feet or a combination of hands and feet giving the drummer the ability to use his/her other available limbs, the freedom to solo on top of the ostinato or to create a counter melody to be played over the ostinato. This concept is commonly found in Latin music as seen in it’s basic form in the example below.

Below from TerryBozzio.com is an excerpt of his Reality Tour!

Throughout his performance, he expresses many different musical ideas on his incredibly massive drum kit that included themes that are rooted in various African and Latin motifs. 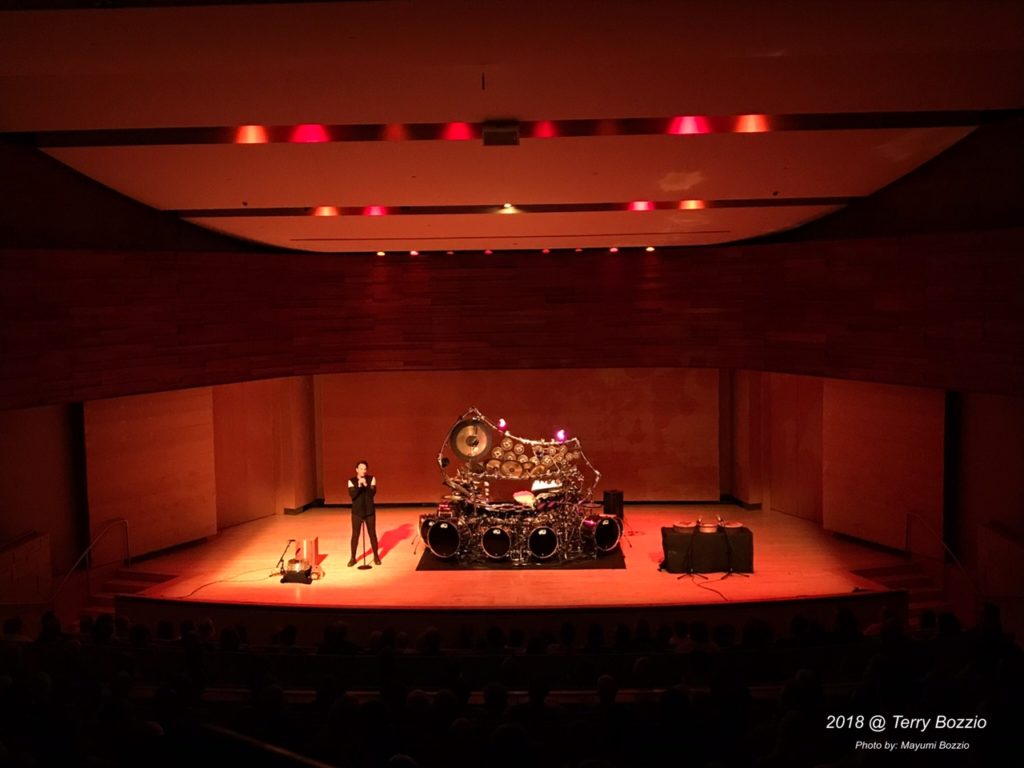 On either side of his massive drum kit, Bozzio had a small arrangement of unique percussion instruments set up. These two small set ups consisted of percussive instruments or pieces that he has collected throughout the years which includes but is not limited those pieces that he has purchased at a Japanese .99 cent store, pieces that he has invented to facilitate a desired percussive sound that he had been seeking and a unique snare drum that was given to him at one of his solo shows. For the set up at stage right, Bozzio sat upon a a percussion instrument that he referred to as “The Box”. “The Box” is an instrument that he sat upon and created innovative sounds in a rhythmic context while wearing a strap of bells around each ankle to create accents, counter melodies and ostinatos that he would maintain throughout his melodic musical arrangement…truly amazing!.

At one point is the show, Bozzio came out front of his massive drum kit to talk to the audience. He graciously thanked everyone for coming to the show, supporting music and to explain some of the pieces that were part of this evenings exhibition. One of his compositions was called “Pat’s Changes” which he explained, was inspired by and referenced to his long time musical friend, Patrick O’Hearn, (Zappa, Missing Persons) who is a solo artist in his own right. Bozzio explained that this composition was an odd time signature or odd grouping that was a combination of (7 over 5) which is a complex concept at very least. He also commented that if he was asked to play this odd grouping back in his Zappa days, he would have asked Frank Zappa…why? That’s just crazy! Imagine if you will playing a melody in 7/4 played with your hands and another melody in 5/4 played with your feet….he’s right, that is crazy! Yet this concept is not only one that he presents but one that he executes with masterful precision. Aside from the challenge of playing two different time signatures simultaneously, Bozzio found that he could express and create incredibly interesting melodies that are not usually heard in modern music or even explored for that matter!.

Also, be sure to check out Terry Bozzio at TerryBozzio.com and on The Drum Channel which is a place where you’ll find inspiration, education and the best of the best in the drumming community. As quoted by “Neil Peart” “Welcome to Drum Channel. A chance for all of us to converse and share around the world”.