The Metal Tour of the Year with Megadeth, Lamb of God, Trivium and Hatebreed was definitely a show not to have missed!

Trivium wasted no time in getting back on the road after a two year break as a result of the global pandemic. Trivium and their fans shared an equal enthusiasm to get back to live shows and “The Metal Tour of the Year”, brings one of the best tour packages you’ll ever see. Sharing the stage with Megadeth and Lamb of God is so cool, and for many fans of Trivium, this is considered to be a triple headline show.  However you look at it, this is definitely the tour of a lifetime! For all those newbies to Trivium, the band proved beyond any doubt why they were selected to be on this tour, and their devout following just got a chance to see this awesome band once again, plus, Megadeth and Lamb of God……now that’s how you open up the metal touring stage after such a ridiculous hiatus.

During 2020, Trivium, released the LP, “What Dead Men Say”, and like so many bands that released an LP during the lockdown, they subsequently missed out on a touring cycle to support that LP. During the imposed tour hiatus, Trivium remained productive by writing and recording more new material so that when things opened up, they’d be able to hit it hard with tons of new material that has never been performed live. On 10-08-21, Trivium will release their 10th studio LP titled In The Court Of The Dragon. Given the opportunity to perform live after 2 years off from touring, Trivium  immediately jumped on “The Metal Tour Of The Year” to get out there and play songs from both of the LPs, What Dead Men Say and In the Court of The Dragon live for the first time!

Check out the title track from their upcoming LP, In The Court Of The Dragon.

The show began with a darkened venue and a sea of cell phones throughout the crowd raised up high in anticipation of the band. Over the PA system echoed the epic style cinematic beginning to the title track from the band’s upcoming LP, In The Court Of The Dragon. The backdrop was black, the name “Trivium” was illuminated in blue, and in the dark, each band member was surrounded in a silhouette of black as they walked onto the stage with their cinematic opus ringing throughout the building. With a burst of light, Trivium burst into the explosive beginning of In The Court of The Dragon from their upcoming LP of the same name; it was an epic beginning indeed!

Next up was Catarophist, from their 2020 release, “What The Dead Men Say”, a brilliant song from an amazing LP that unfortunately may have been missed by many due to the COVID 19 Pandemic – go check this LP out now!

The third song of the evening, “What The Dead Men Say” was introduced by singer/guitarist Matt Heafy with this message: ” If you’re sitting down, stand on up, we didn’t just wait 2 years for live metal music  — to stay seated – so stand up people!”

Of course this fired up the audience, and with pumping fists and the chants of Hey! Hey! Hey! Trivium unleased “What Dead Men Say” that sparked a crazy raging circle pit that was a combination of circle pit and people jumping up and down, what chaotic fun on a Sunday night! 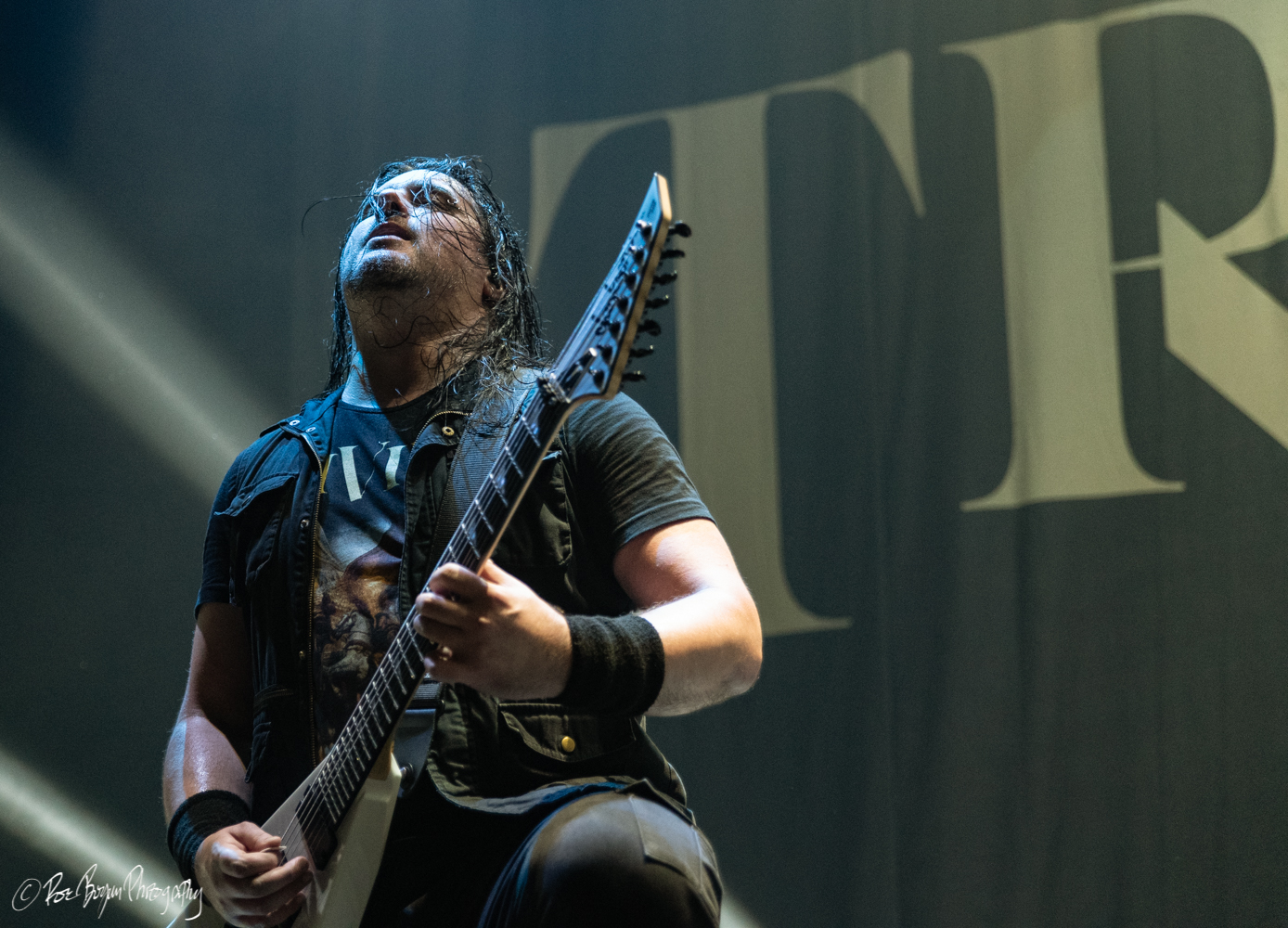 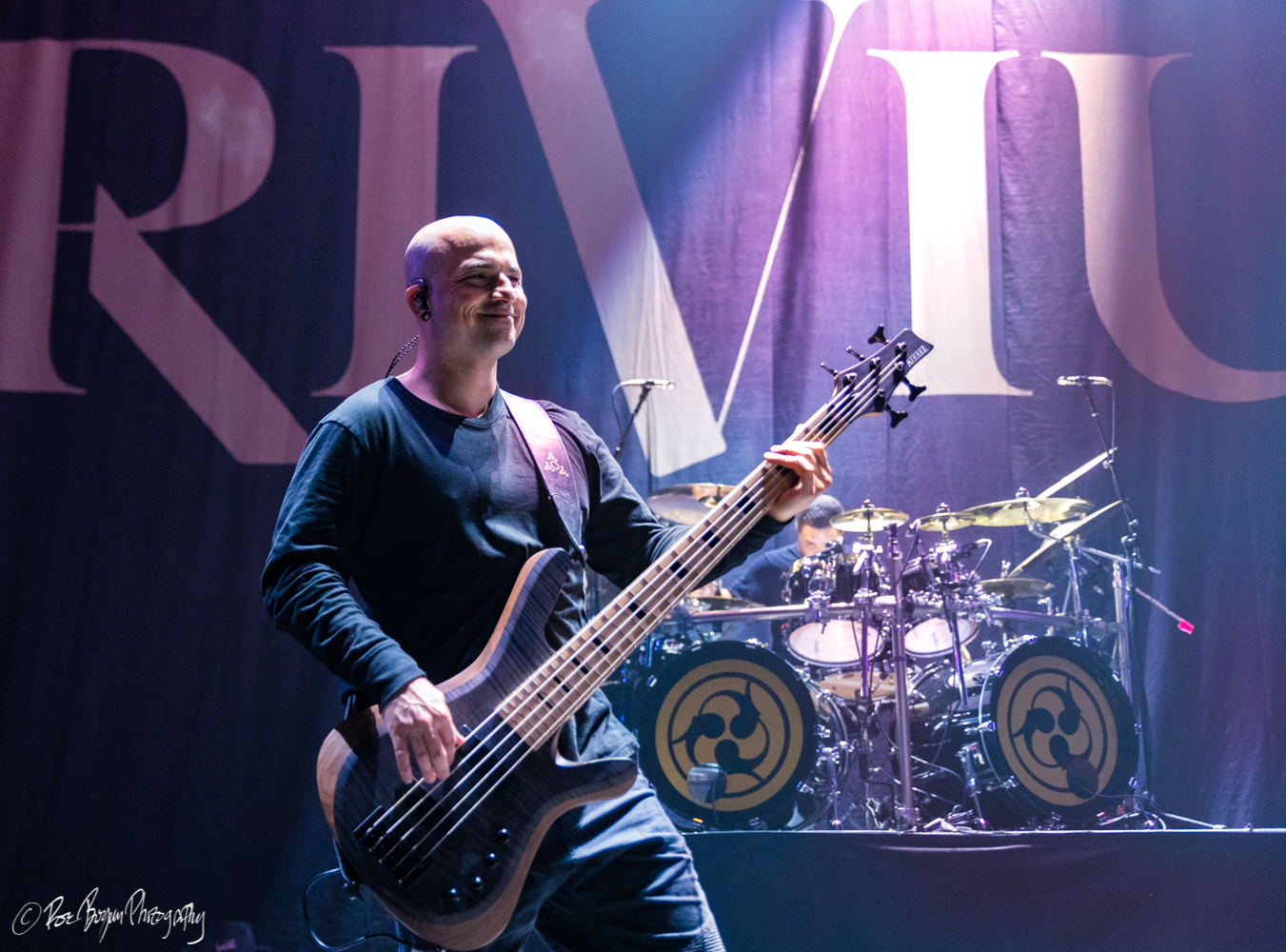 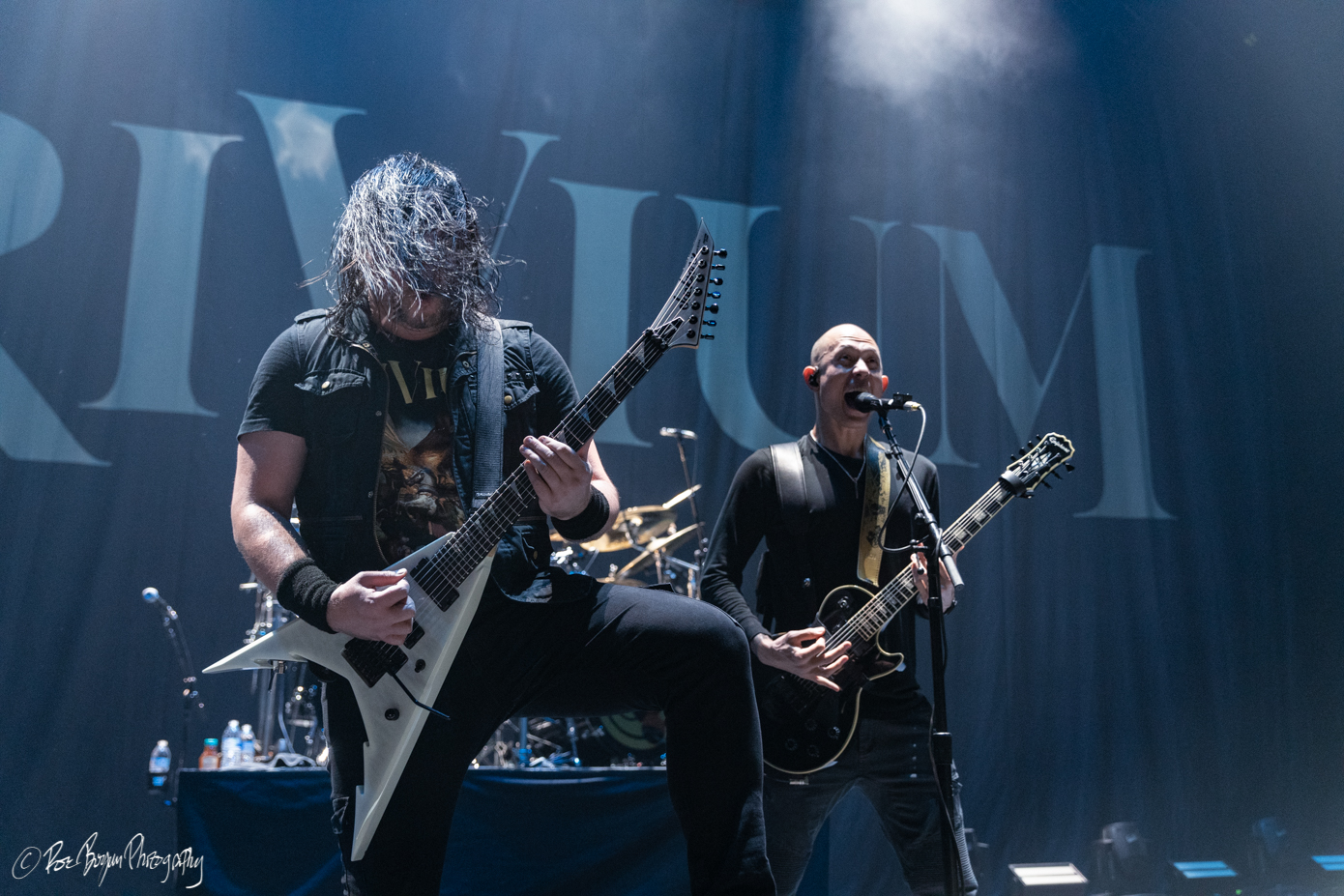 Trivium continued with fan favorites Down From The Sky, The Heart From Your Hate, and another new song from “In The Court Of The Dragon” titled Feast of Fire before closing out their set with crushing versions of Capsizing The Sea and In Waves.

With the lights down, Heafy introduced the final two songs by asking everyone in the audience to get down on the ground, saying, ” get down, get down on the ground and we ain’t getting back up until this motherfucker kicks in!” “When it kicks in, jump back up!  With a burst of light and sound, the band and audience exploded with an intensive energy that shook the building to it’s core; Trivium absolutely kicked some serious ass on this night!!!

Trivium are always amazing live and it was sure great to see this band live once again. The  upcoming headline shows in support of their upcoming LP “In The court Of The Dragon” will be epic and something you can not afford to miss out on!

In The Court Of The Dragon

What The Dead Men Say

Down From The Sky

The Heart From Your Hate