Uriah Heep are one of the pioneering bands of the Heavy Metal/Prog-Rock genera with a core sound that is rooted in the heavy blues/rock. The band’s origins date all the way back to 1969 and in reference to the band’s long history, singer Bernie Shaw stated;

Between Judas Priest and ourselves, Uriah Heep, we’re giving you, the fans, 1oo years of music tonight.

The band is a single cohesive force that pulled no punches as they hit the stage with the power of 50 years of music under their belt. These veteran rockers delivered a show with the swagger, tenacity and firepower of a much younger band but with the experience of the seasoned pros that they are. Guitarist Mick Box who is the lone original founding member, played and shredded his guitar with surprisingly lightning nimble fingers. Their live sound could easily transport the listener back to the pioneering era of Heavy Metal/Prog-Rock music, when these generas were something new on the music scene, and bands like Uriah Heep, Emerson Lake and Palmer, Yes and Deep Purple (to name a few) were blazing a new course and sound landscape on the world of Rock music. 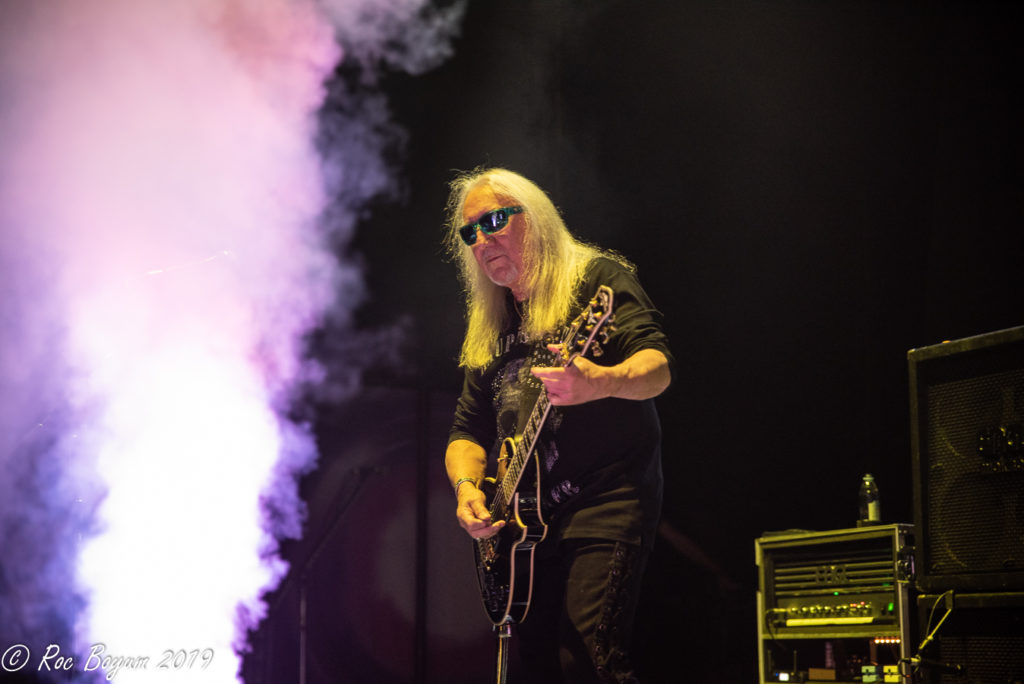 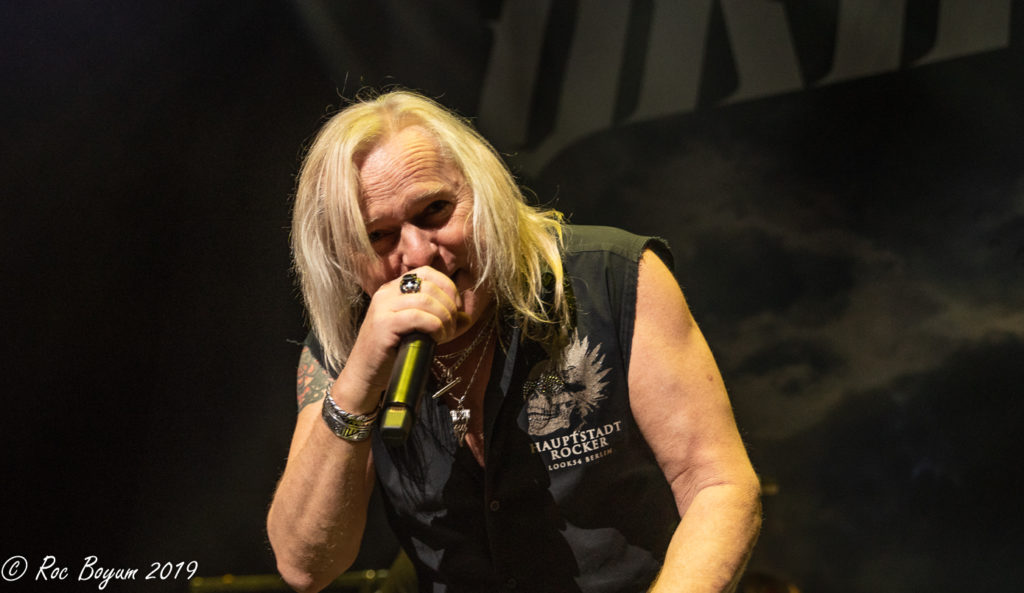 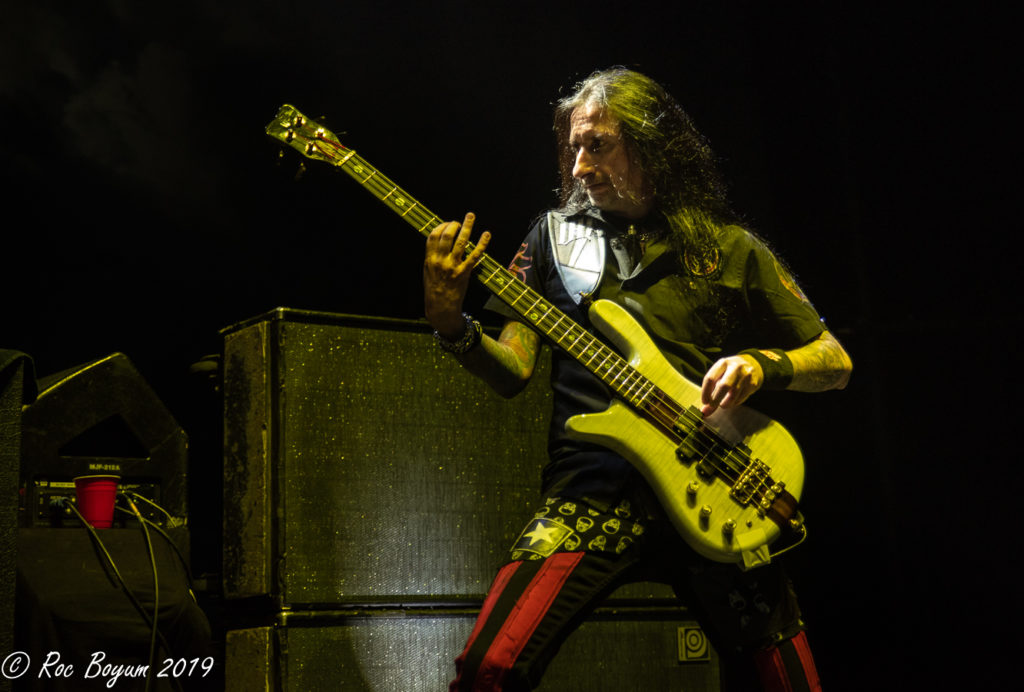 The band’s current lineup consists of Singer Bernie Shaw and keyboardist Phil Lanzon who joined Uriah Heep back in 1986, drummer Russell Gilbrook who joined the band in 2007 and the newest band member, bassist Davey Rimmer who joined up in 2013. So one can see that this isn’t a band consisting of one lone original member with “this tours’ hired guns”. This band is a cohesive unit that embodies everything that Uriah Heep is so well know for; progressive Hard Rock; that rocks!!!

A major driving force behind this band is drummer Russell Gilbrook, a man who is a heavy hitter with some serious chops. Gilbrook is such a heavy hitter, that at one point in the band’s show, he broke his snare drum head that caused a short break in the set for a drum change out.  Gilbrook is a relentless unstoppable force that clearly enjoys what he does, as he smiles all the while he’s giving his drums a serious trashing; great fun indeed!.

On of this evenings highlights was the track Gypsy from  their 1970 LP, …Very ‘Eavy… Very ‘Umble. The song is an uptempo progressive blues rocker that has guitarist Box blasting out some high notes with singer Shaw answering him in the style that Robert Plant and Jimmy Page were so well known for during Led Zeppelin’s live shows.

Before the song got under way, singer Shaw introduced everyone in the band, and when he introduced Mick Box; he simply said:

There would never be a Uriah Heep without Mr. Mick Box on guitar!

Gypsy was the embodiment of the 1970’s jam prog-rock era, with everyone in the band riffing-out and giving a spot on performance. Keyboardist Lanzon was casting out a coalescing swirl of B3 organ sounds that were reminiscent of bands like Deep Purple and Emerson Lake and Palmer, bassist Rimmer and drummer Gilbrook engaged in a little rhythmic interplay that fired up the audience and kept the groove moving throughout the song. Guitarist Box gave an impressive extended solo, shredding his fret board with a combination of lightning runs and sustained notes.

The band finished the night with Easy Livin’, a song that rocked the house and was definitely one of their greatest commercial successes.

Be sure to check out the Uriah Heep Microsoft Theater Photo Gallery Here!

Too Scared To Run

Take Away My Soul