Review and Photos By Roc Boyum

Amon Amarth, Swedish Melodic Death Metal Masters blew into the Arizona Financial Theater on 11-12-22 like a Viking ship descending onto a shore of those whom they were about to conquer. The band, as if led by the Norse God, Odin himself, hit the Arizona audience with a blazing show of crushing metal.

The band was greeted by an enthusiastic and cheering audience who were chanting, Hey, Hey, Hey with pumping fists as the band members entered the stage one by one. Once fully assembled, the band brought forth their metal assault with “Gaurdians of Asgaard” from their 2008 release, Twilight of the Thunder God. Unlike previous Amon Amarth tours that employed the heavy use of pyrotechnics, this tour was void of such theatrics which wasn’t necessarily a bad thing. The lack of pyro in their show left all the bombastic visuals to be conveyed with relatively simple mood lighting, some occasional smoke pot blasts and the musicians themselves to expel their explosive music on the Arizona crowd.

Throughout their show, various members of the band would motion to the audience to pump their frists and/or raise their horns; and each time, the venue was – well – you guessed it – a sea of pumping fists and horns.

To introduce “Oden Owns You All” off The Greath Heathen Army LP, singer Hegg simply said; Phoenix “Oden Owns You All” which is the song’s title. I find it interesting that they choose to spell the God of War, “Odin” with an “e” instead of an “i”. Either they have some deep hidden meaning yet unrevealed or perhaps it’s simply a misprint on the LP thus making this LP a soon to be sought after collector’s item. Regardless of the spelling, the band, like Odin, charged forward with the song’s driving rhythms that oscillates between a rapid fire and relentless double bass drum attack to a steadfast heavy grind that is crushing in it’s delivery.

Singer Hegg addressed the audience to introduce “The Great Heathen Army” by calling out to the crowd; Heathens, Heathens; and with each call to the audience, the heathen crowd responded with a roar. The next song also came with a fine introduction by Hegg who imparted in his deep gravel voice; no matter what obstacles are in your way, you must, “Find a Way… or Make One”

During their set, Hegg, who is kind of a big Viking dude, would jump up and down to pump up the audience and then he would run the full width of the stage to constantly engage the audience, which is really impressive for a big “Viking Metal Warrior.”

To my chagrin, the band only presented three songs from their latest The Great Heathen Army LP, which was unfortunate because this latest LP is definitely some of their best work since the 2008 Twilight of theThunder God.  The three tracks were, “Find a Way or Make One”, “Oden Owns You All” and “The Great Heathen Army” respectively.

The fan interaction was most interesting and quite unique, for example; in the song“Put Your Back Into the Oar” – a large swath of fans joined together to reinact a scene from the song’s video by sitting down on the floor and rowing in unison, as if they were in a boat on a rough sea heading towards a distant shore. Like something out of a play, there was also a “leader” or “Conductor” who was standing at the front of the Viking warriors in the imaginary ship, and, who was throwing his arms into the air as if to inspire the men/people, to “Put Your Backs Into the Oar” while everyone was yelling, row, row, row!  Is that great fun or what? You won’t get that with any other band!

Toward the end of their set during “The Way of the Vikings”  Hegg delivered his vocal message from up high on the drum riser – while down on the main stage, a Viking sword battle played out. The sword battle ensued until one unlucky warrior lost his defense shield and was captured and slain by his opponent. This was kind of like a “Metal” version of Medieval Times; come on, bring the family and have a night of metal fun!

For the last song of the regular set “Raise Your Horns” Hegg, thanked the Phoenix audience for showing up and he then joined the whole band to raise their “Cattle Horns” to cheers the audience. Raising their Cattle Horns up high,  filled with God knows what beverage, they chugged downed their grog of choice. Hegg of course had the largest Cattle Viking Horn which took him a moment or two to finish drinking before saying…….Cheers!  Hegg then stroked down on his beard as if to strike any spilt grog from his chugging before calling to the audience, Do you want more, Do you want to party; Then this is time to raise your horns!!!

Amon Amarth finished the night with a thunderous version of “Twilight of the Thunder God”  that had the audience singing up until the last moment of the song.  If you want more than just a night of metal music with some great fan interaction and wanna drink like you’re in the world’s largest pub, they you can’t miss Amon Amarth live when they come to your town.

Get into Amon Amarth Here and become part of The Great Heathen Army! 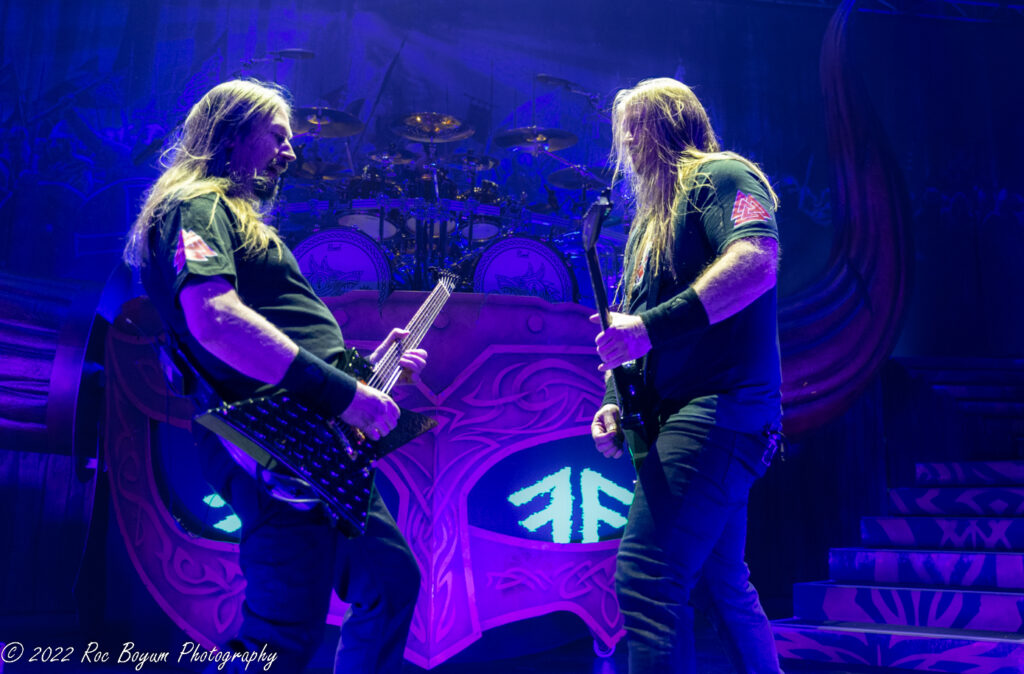 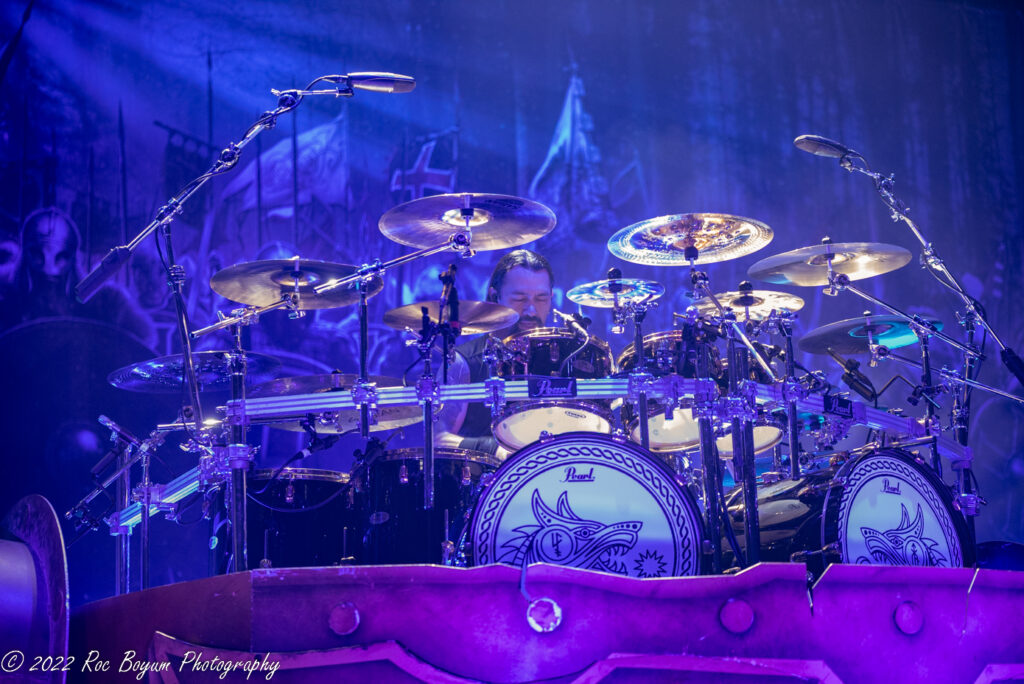 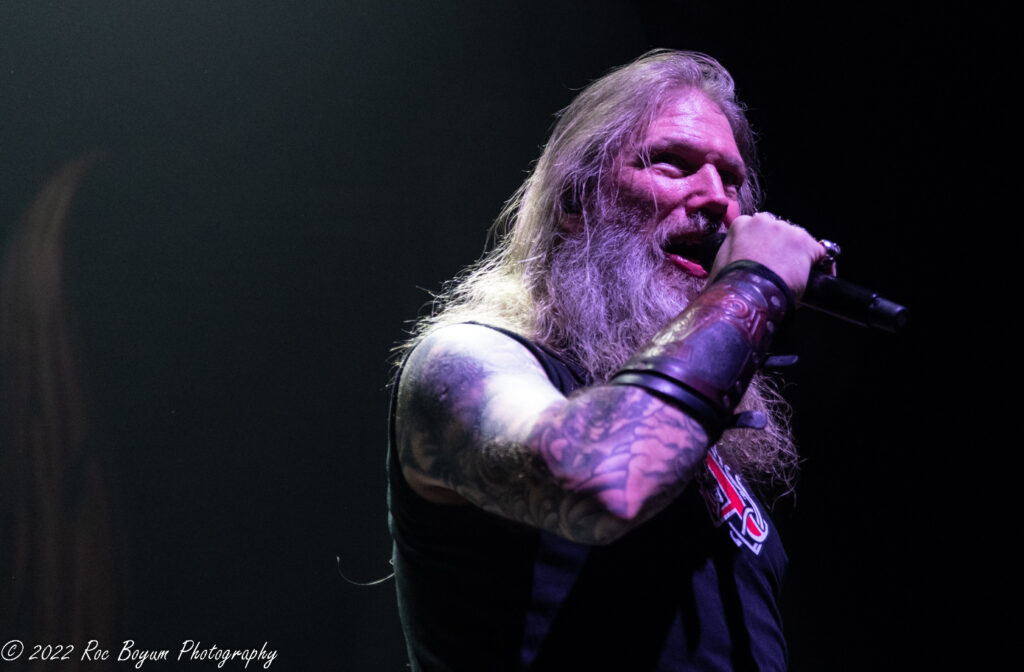 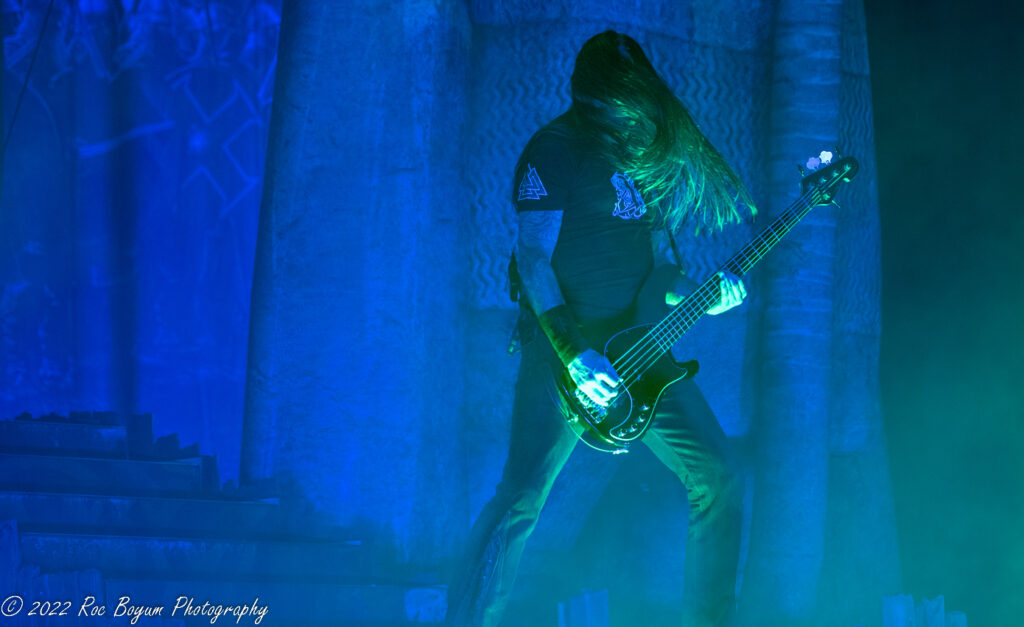 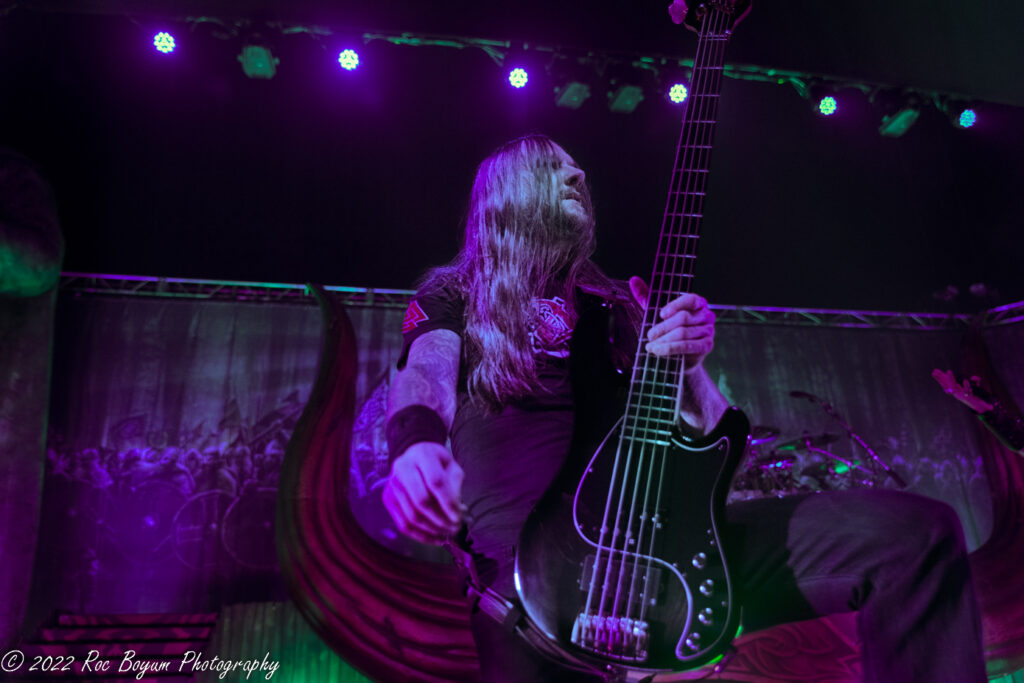 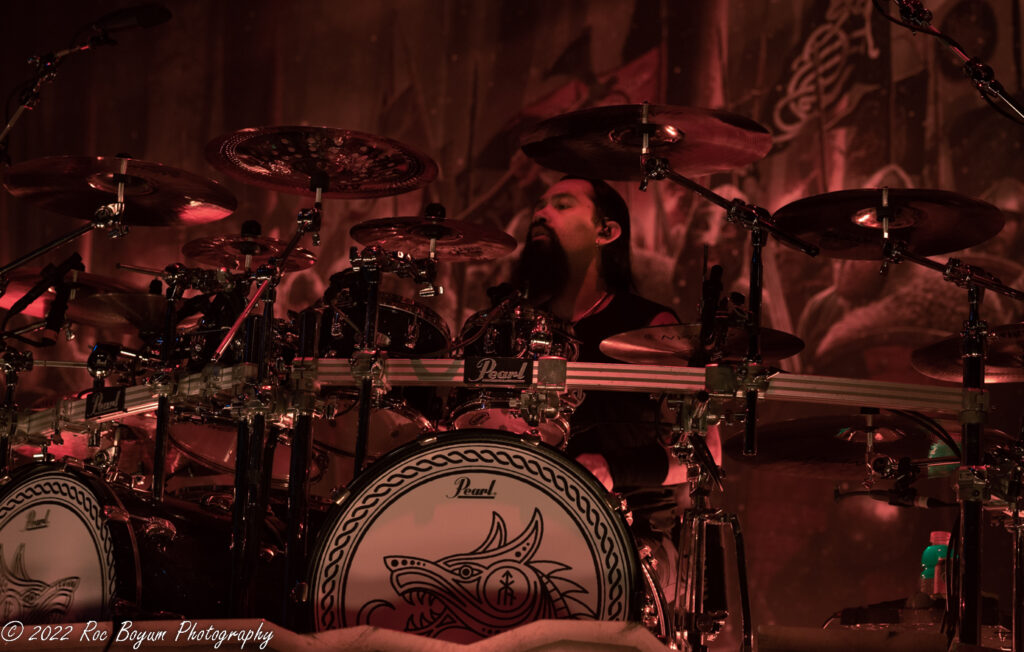 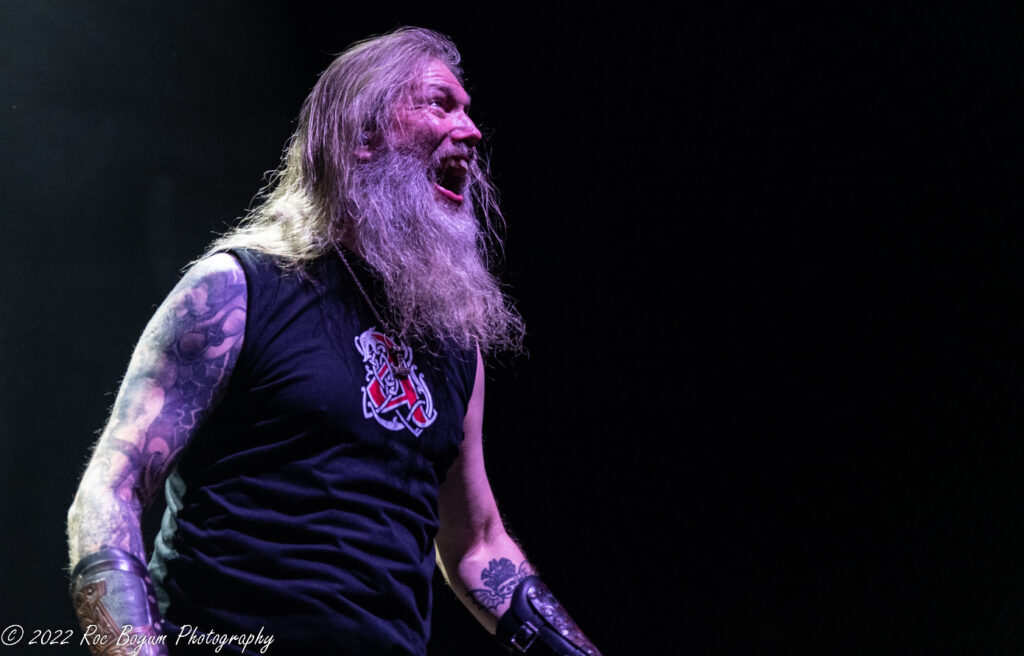 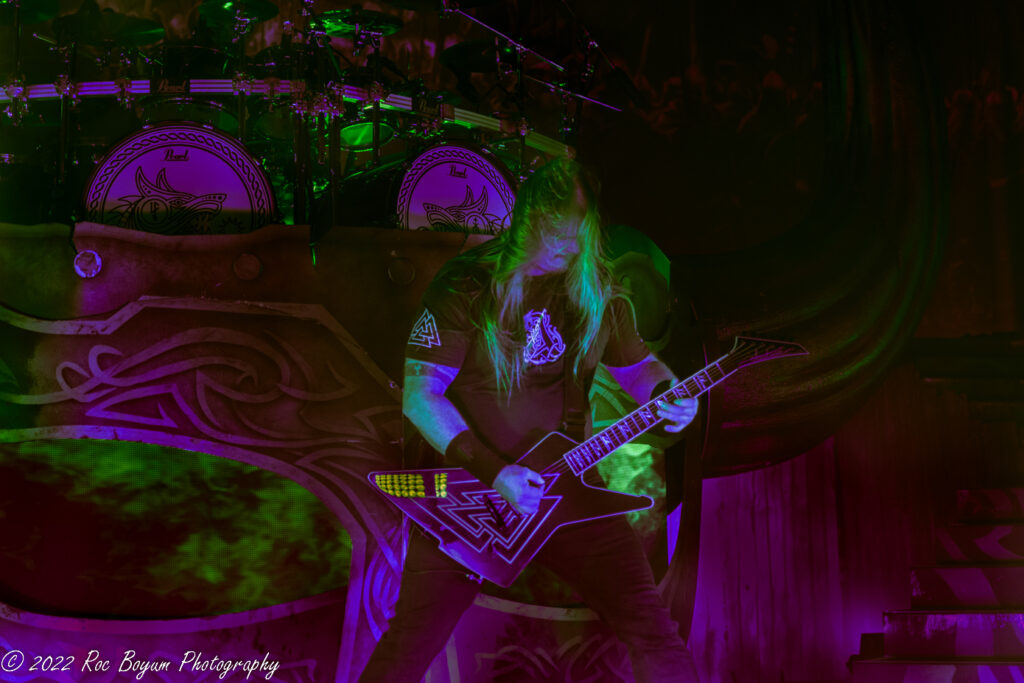 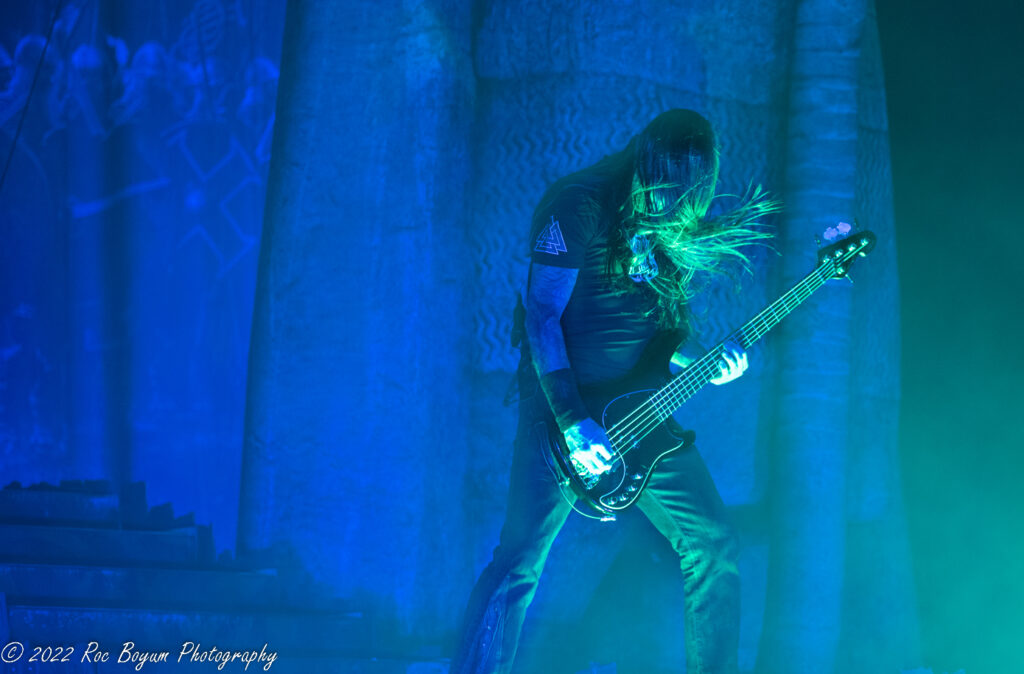 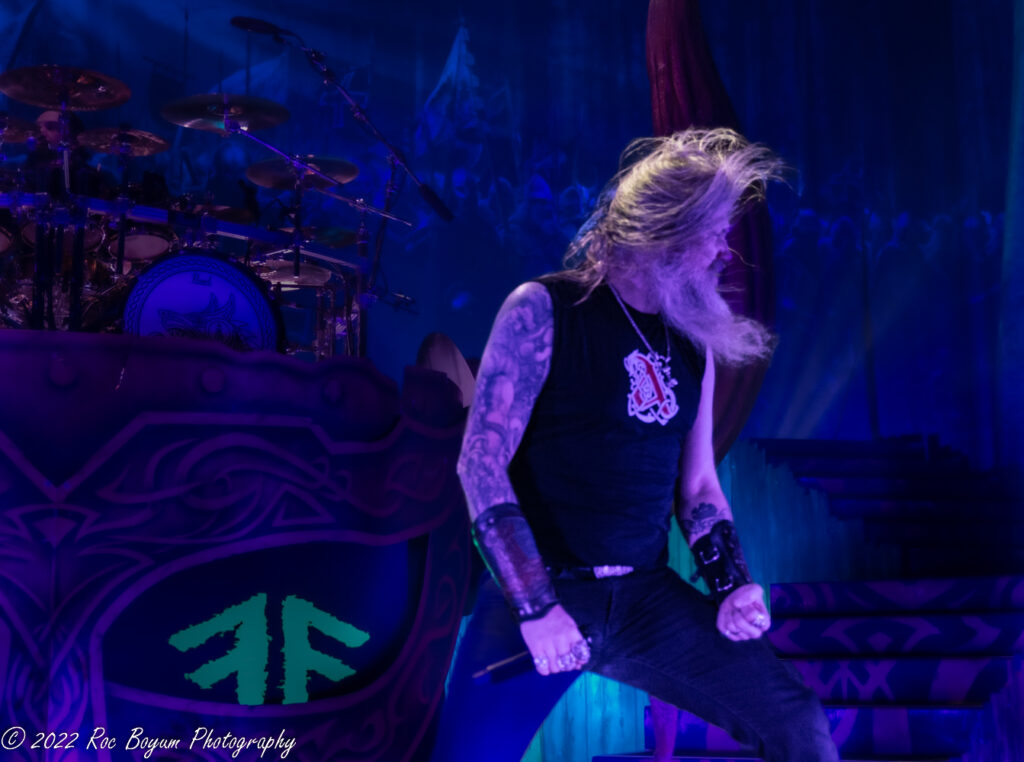 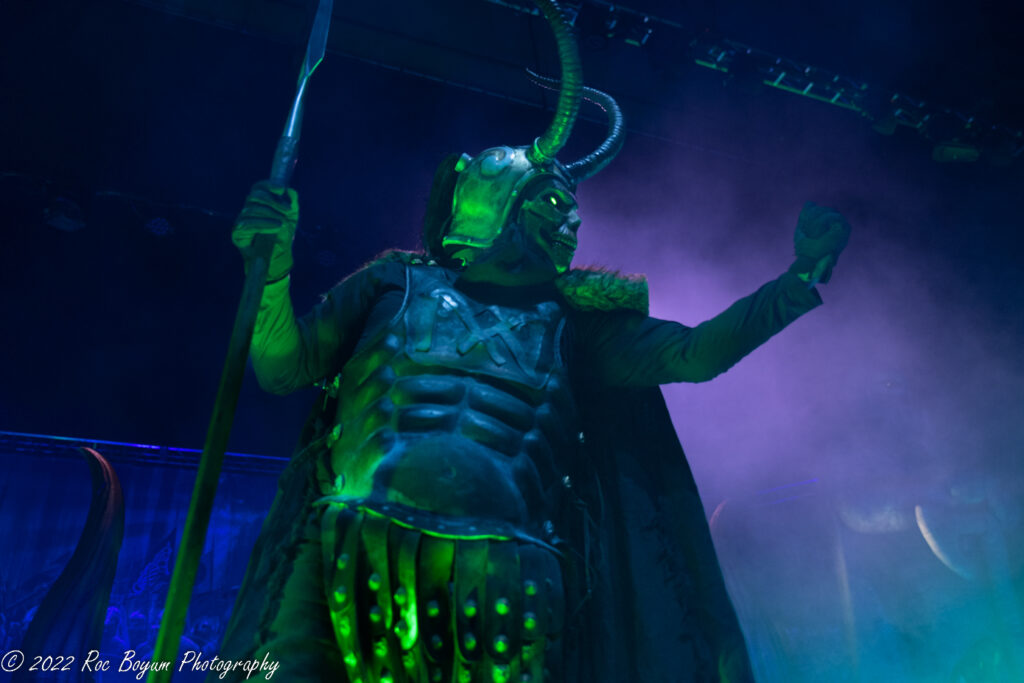 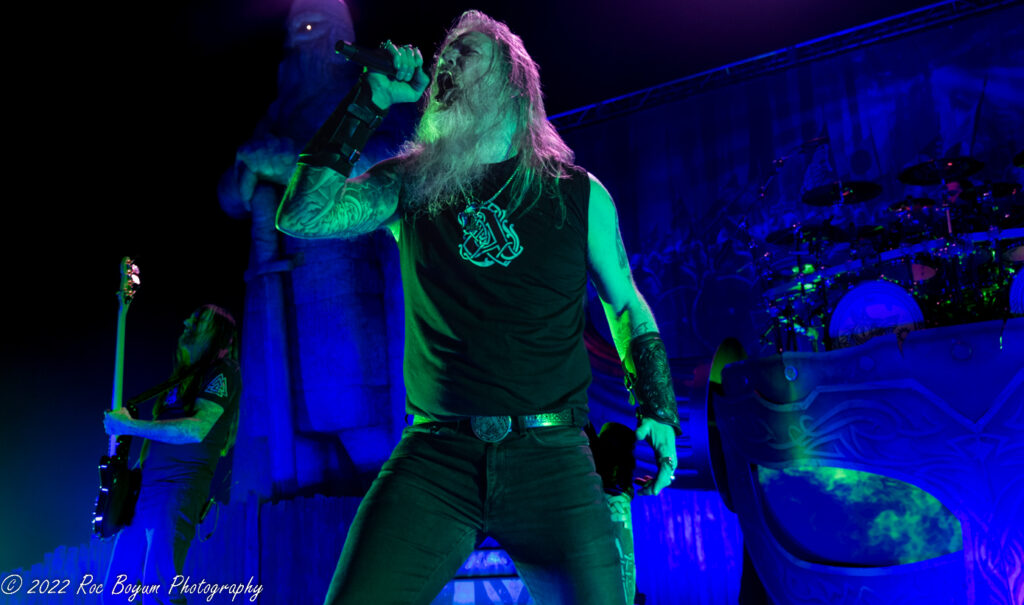 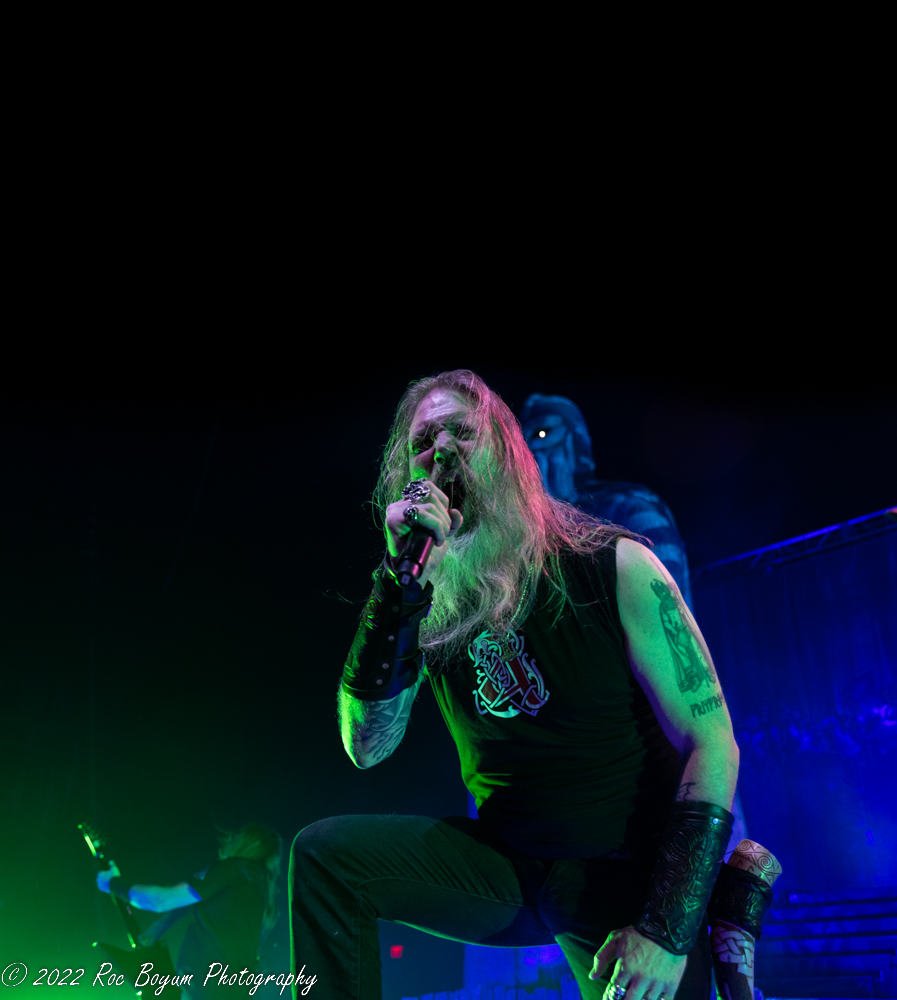