Dream Theater honored Mesa Arizona by kicking off their 2022 “Top Of The World” tour at the sumptuous Mesa Arts Center on 02-02-22. Considering that this was their first live show in almost two years, one might anticipate that their first show might have some minor bugs to work out, but we’re talking about DREAM THEATER; a group of ultimate professionals who always put on a flawless show with their impeccable musicianship that is second to none! Over the past several tours, Dream Theater has been creating shows that are more of a full show experience, rather than musicians simply playing some of the most sophisticated prog-metal/rock in music history. To that end, on this tour, their stage included a large video screen behind drummer Mike Mangini that displayed visual journeys, portraying the sentiment for each song performed. The left and right sides of the stage were flanked from floor to ceiling with backdrops of gigantic rock outcroppings which is indicative of the art work from their latest LP; A View From The Top Of The World. All these visual effects, not only enhance their show, but they elevate the senses to receive a more complete experience. Dream Theater concerts have become a visual and auditory journey that on a primal level, will enhance your senses and on a deeper level; these visual displays can perhaps offer a greater insight into a given song’s inspiration and or the interpretation to their lyrics.

The audience was on their feet and cheering from the moment the band walked on stage, giving the band an energy that had them exchanging glances of excitement with one another throughout the night, almost like a new band, out on their first tour. Drummer Mangini was especially animated, smiling the entire night as he interacted with with a section of the front row that was a collection of air drummers, mimicking Mangini’s drum and cymbal attacks throughout the show.

The LP that was most represented on this night, was Dream Theater’s latest LP, “A View From The Top Of The World” with the songs; The Alien, Awaken the Master, Invisible Monster and A View From The Top World, all of which were debuted live for the first time on this night and added to the much anticipated excitement for this band. For the rest of their set, the band dug deep into their catalogue, playing songs that hadn’t been played live for many years. Their set moved with clockwork perfection with only a couple of minor pauses, one of which singer James LaBrie imparted to the audience, can you believe it, we’re finally here!

The band pulled no punches, opening their set with, “The Alien” from their latest “A View From The Top Of The World” LP. The Alien is a track that clocks in at 9 minutes, 32 seconds on record and is musically as complicated as anything they can throw out there and a real joy to finally watch the band play live. For their second song of the night, the band went all the way back to their 1994 LP “Awake” with the album’s first track, 6:00; a song that had not been played live by the band since 2012. Next was Awaken The Master, one of the finest songs from their AVFTTOTW LP. The song opens with a brutal guitar assault that is met by the rest of the band with syncopated musical figures/punches that are like single fire shots from a 50 caliper canon. The band joins guitarist Petrucci to deliver a driving force that relentlessly charges forward until the musical onslaught gives way to keyboardist, Rudess who imparts the feeling of drifting on a aerial flight, as if to sail high in the sky . Petrucci then joins Rudess with his equally majestic guitar lines, before the band descends into a heavily syncopated rhythmic verse. Singer James LaBrie brilliantly disguises the difficulty of the underlying syncopation in the first verse of this song while Petrucci and drummer Mangini, locked eye contact to keep the intensity of the groove on track; muscle memory will surely take over; a few shows down the road. Endless Sacrifice from the 2003 “Train of Thought” LP followed, with a song that hasn’t been performed live since 2011 and contained the entertaining solo by keyboardist Jordan Rudess with his use of the “Keytar” keyboard. The “keytar” is designed for mobile playing as Rudess has the instrument strapped around his neck, thus giving him the freedom to join Petrucci center stage for some great musical fun. The next song, Bridges in the Sky is another fan favorite and for one reason or another hasn’t been brought to the stage since 2015; and is nearly 11 minutes long. The song is loaded with all the guitar and keyboard wizardry that a DT fan could want, while the rhythm section of bassist John Myung, (on a six string bass) and drummer Mangini execute their syncopated rhythms with a precision that borders on unhuman. In fact, it is bassist Myung who really holds the entire band together with all the necessary chord changes while simultaneously throwing in some wizardry of his own. It was definitely a real treat to once again see this masterpiece come to life on stage.

Singer LaBrie introduced the song Invisible Monster, from the AVFTTOTW LP by thanking everyone for their response to the album and stating; we’ll try to play really, really short songs for ya! Invisible Monster is already a fan favorite and predictably, the song had one of the loudest audience participations of the night in a sing along that featured the song’s chorus which has an undeniable melody that will have you singing along from your first listen. The band continued with their journey back in time, taking us back to their 2002 LP “Six Degrees of Inner Turbulence with movement #2 from that LP titled About to Crash. Six Degrees of Inner Turbulence was the first 2 disc package from DT, with disc two presented as one song containing eight separate movements. Six Degrees of Inner Turbulence is also the first LP by DT to contain a “title” track.

Continuing with The Ministry of Souls from their 2007, Systematic Chaos LP, the song starts off with DT’s version of a ballad until is crests the 7 minute mark. From there, it kicks into a prog metal/rock instrumental with Petrucci’s signature staccato guitar crunches, the band’s odd time signatures and multiple complex rhythmic passages. The song ends with Patrucci‘s blistering guitar solo that exceeded the studio recording and brought the song to a definitive and conclusive ending unlike the fade out ending on the studio LP.

The last song of their regular set was the title track from their latest AVFTTOTW LP which is a 20+ minute epic track. While considering the many long and epic tracks DT has recorded throughout career, AVFTTOTW could be considered their most complete epic work to date. With it’s many movements that thematically tie the song together, it takes the listener on a seamless musical journey without ever giving you the feeling that this song is a culmination of many ideas strung together. In the song’s grandiose intro, ethereal keyboard lines soar, as the rest of the band hammers out staccato punches. Then the driving force of Myung and Petrucci join together center stage to issue a thick, heavy and badass groove that is an aggressive rhythmic assault. Although this song is definitely incredible on record, one must experience the song live to really appreciate the immense scope and grandeur of a song that was so perfectly written.

The encore was simply one song, The Count of Tuscany from their 2009, Black Clouds and Silver Linings, LP and is a song that hasn’t graced the stage since 2011. The song clocks in a 19+ minutes which is longer than many bands’ three song encores. Interestingly enough, the song also had the greatest sing along of the entire night.

This was truly an incredible show from a band with a career that spans some 33 years and new material that may be some of the band’s finest material to date. With their enduring history, one might think that this band will be around forever but I wouldn’t wait till next time to see them live as The “Top Of The World” tour is one tour you don’t want to miss. We’ve recently seen that the situation around the world can seemingly change overnight, so, DON’T WAIT, GET OUT THERE AND SEE THIS BAND LIVE….. NOW! 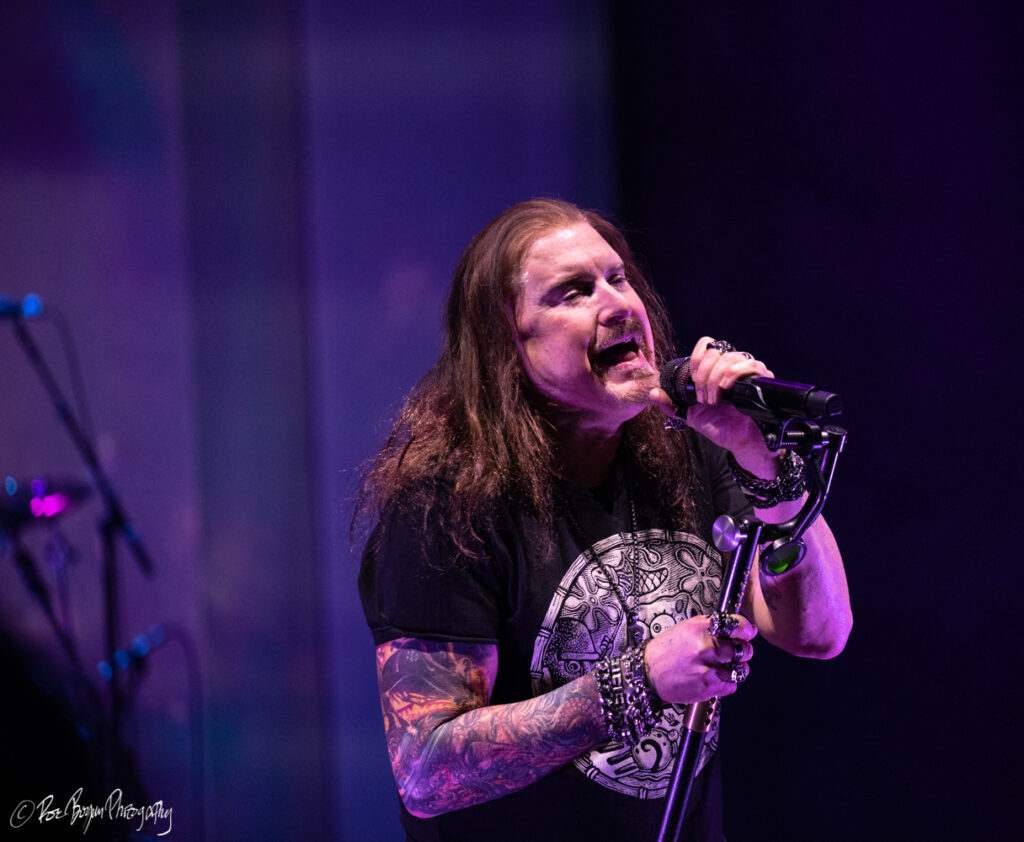 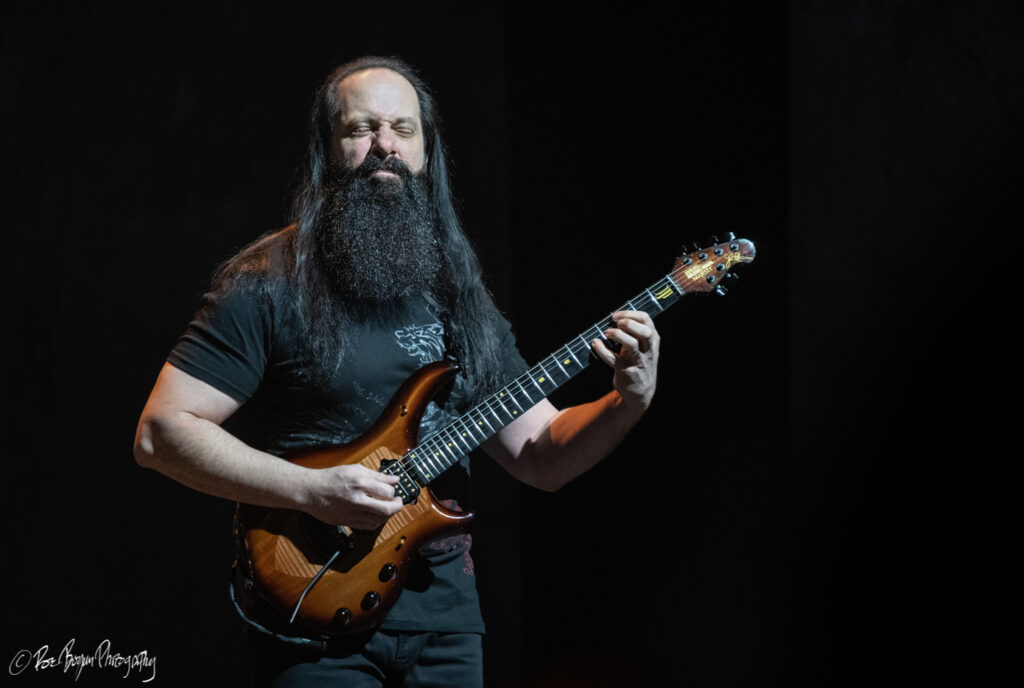 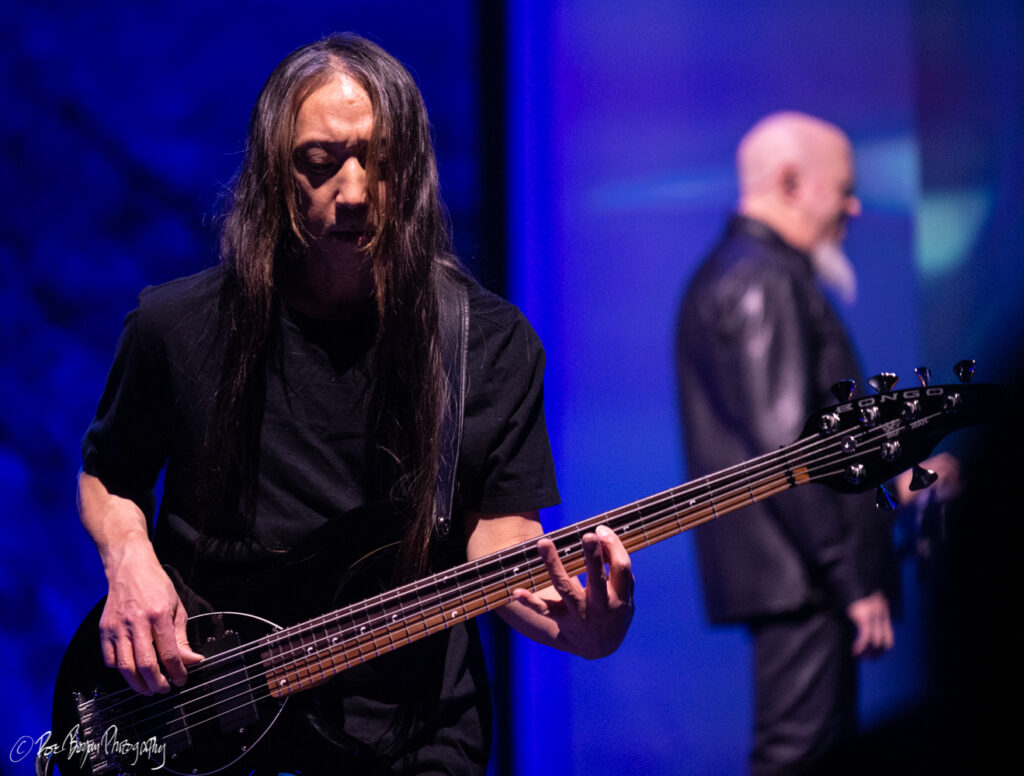 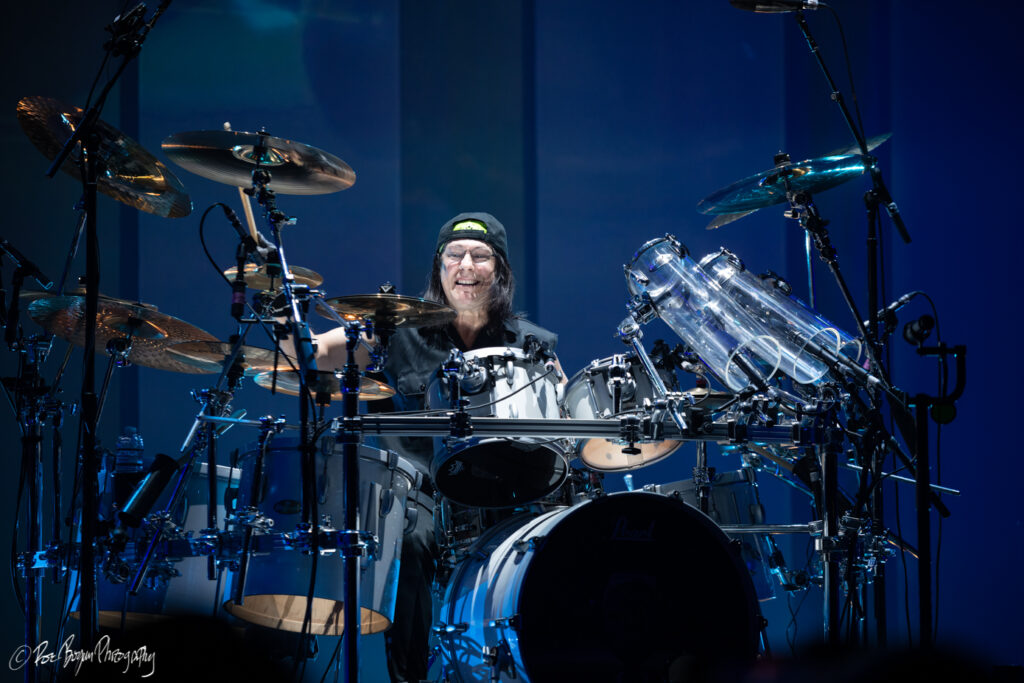 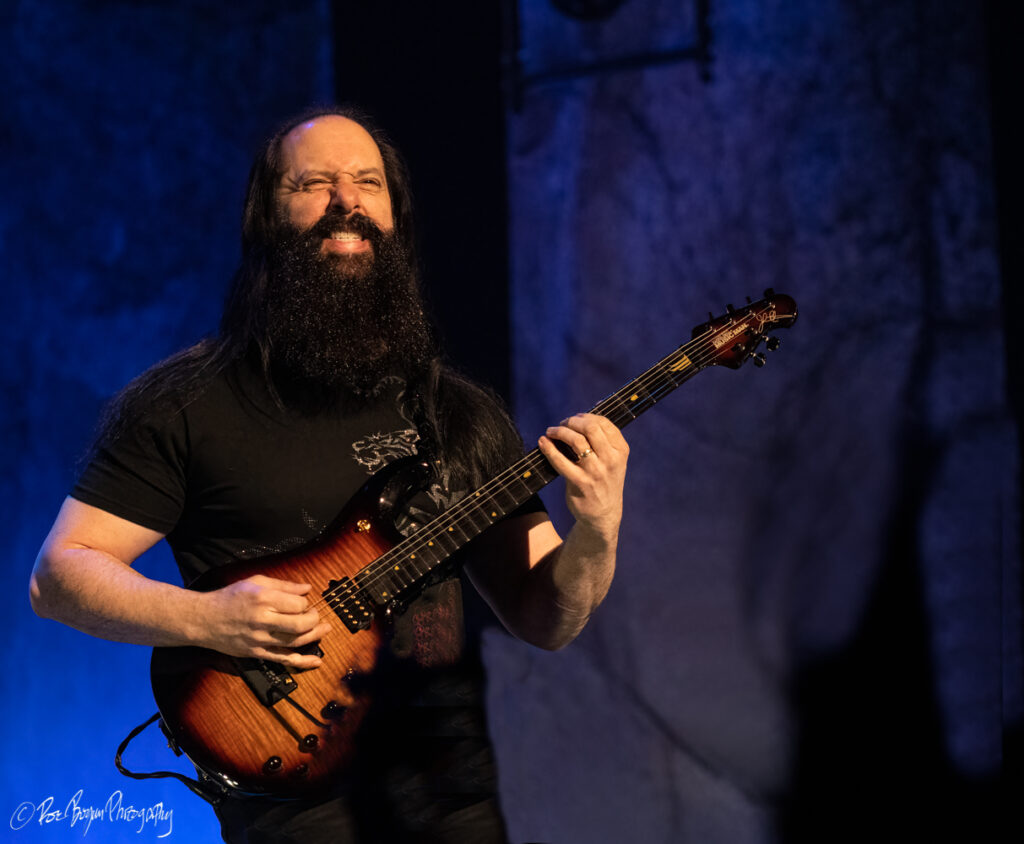 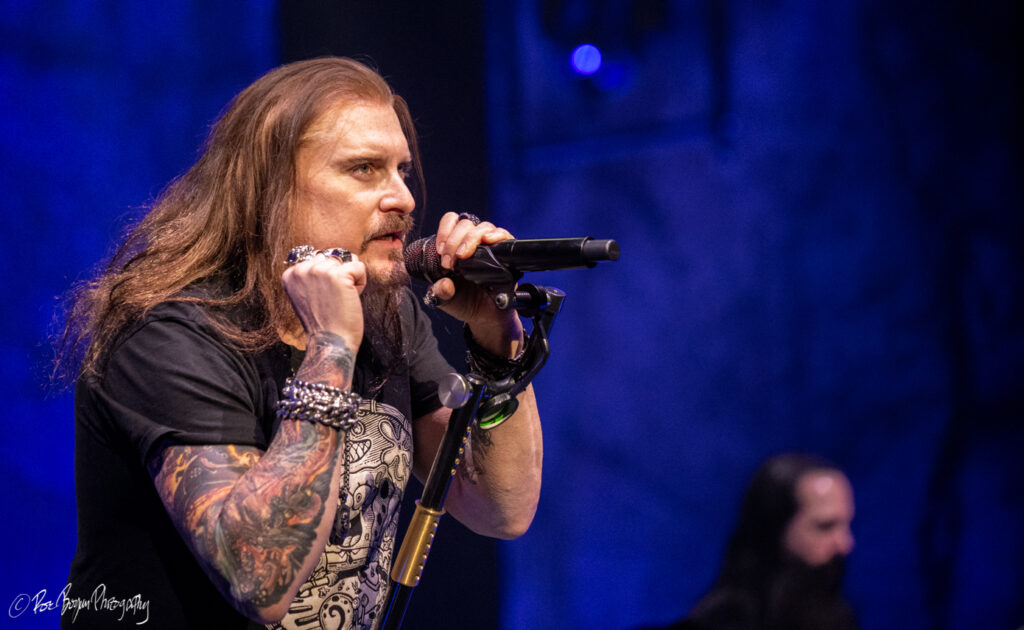 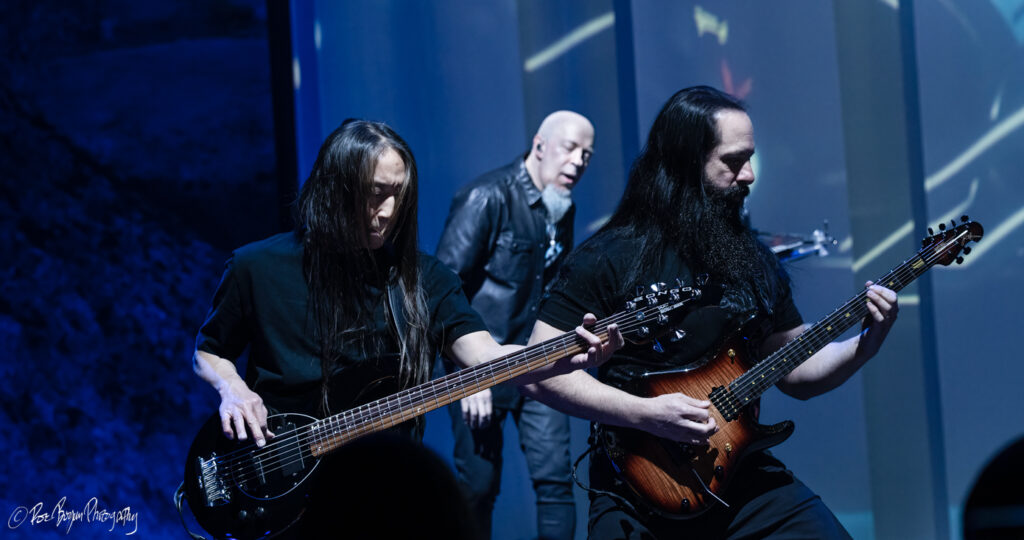 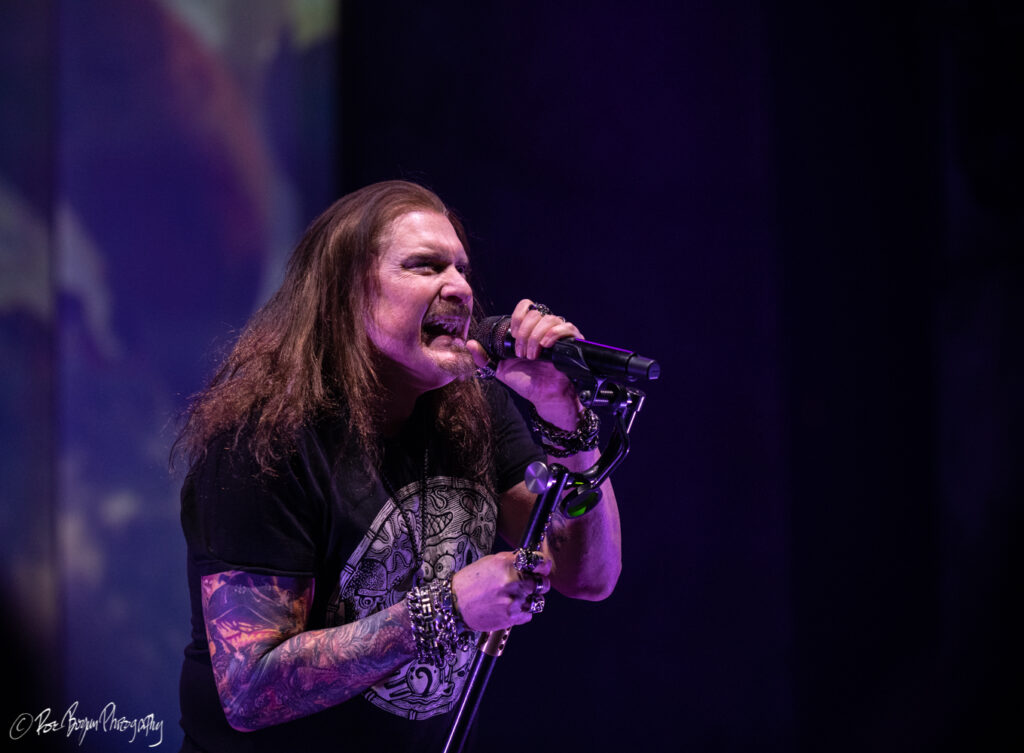 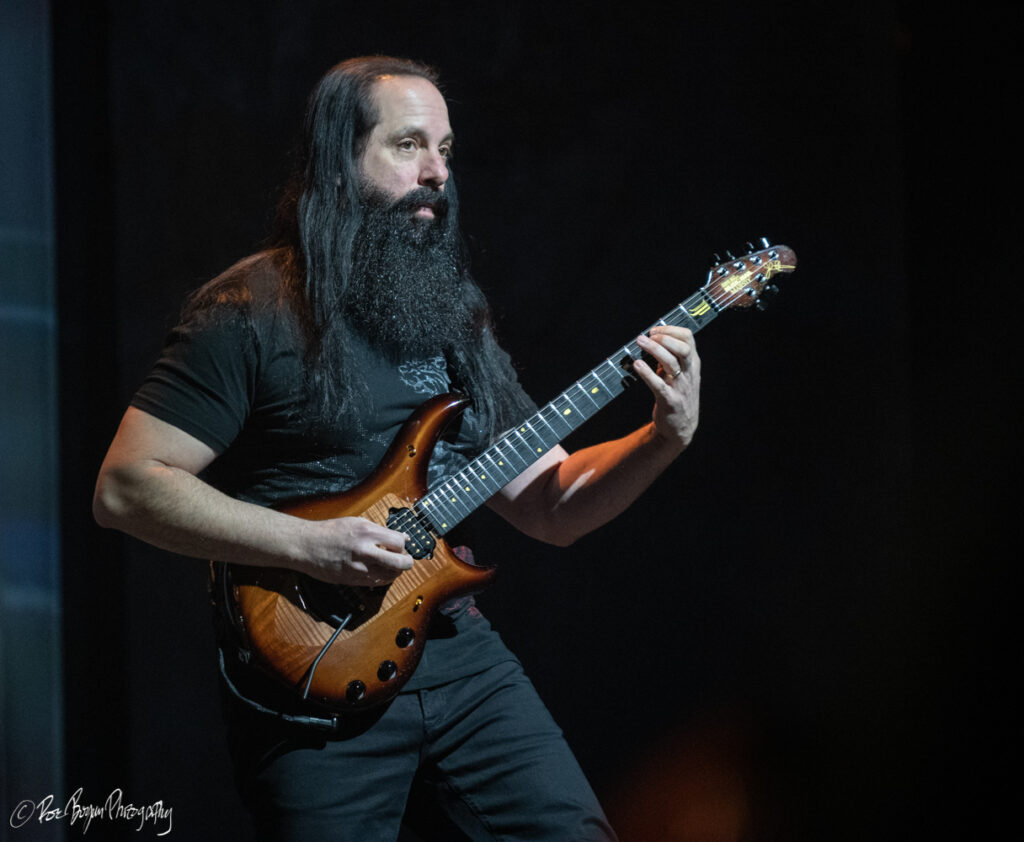 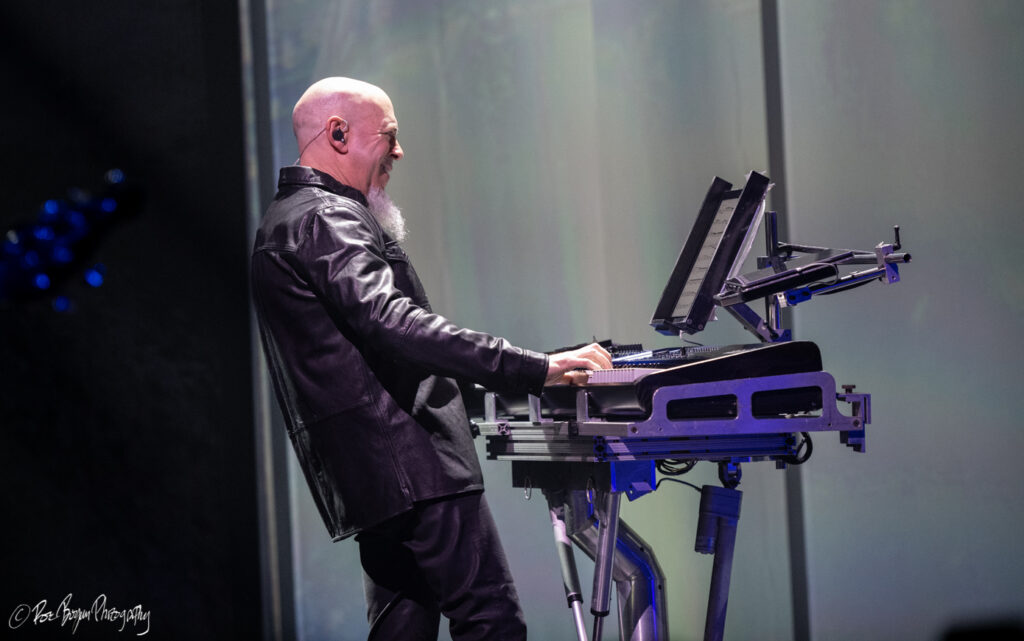 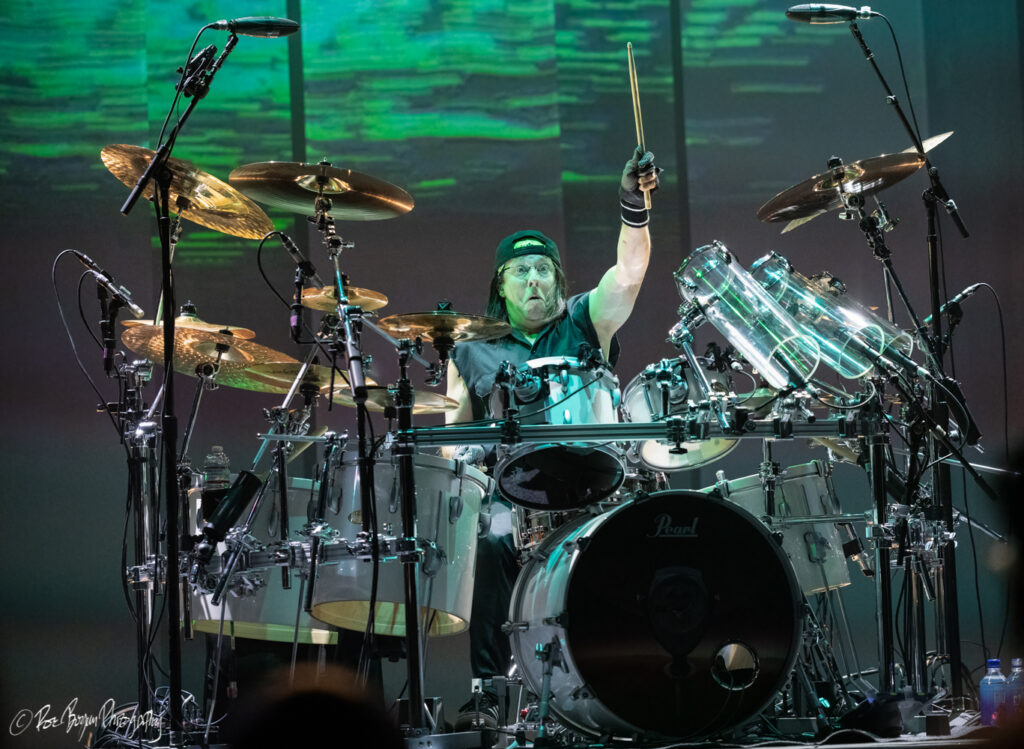 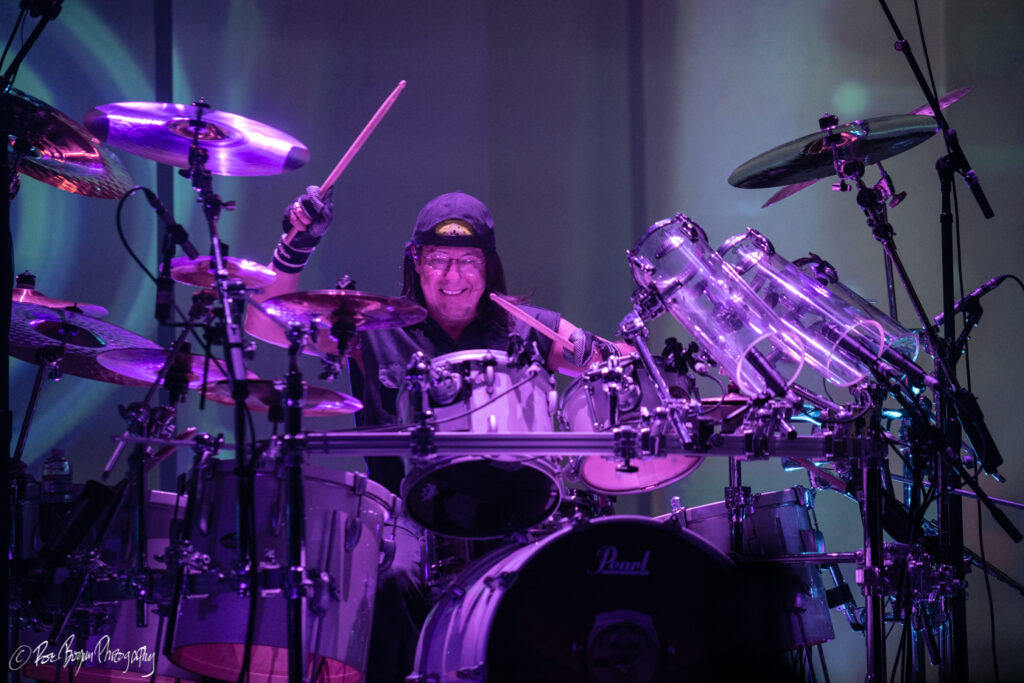 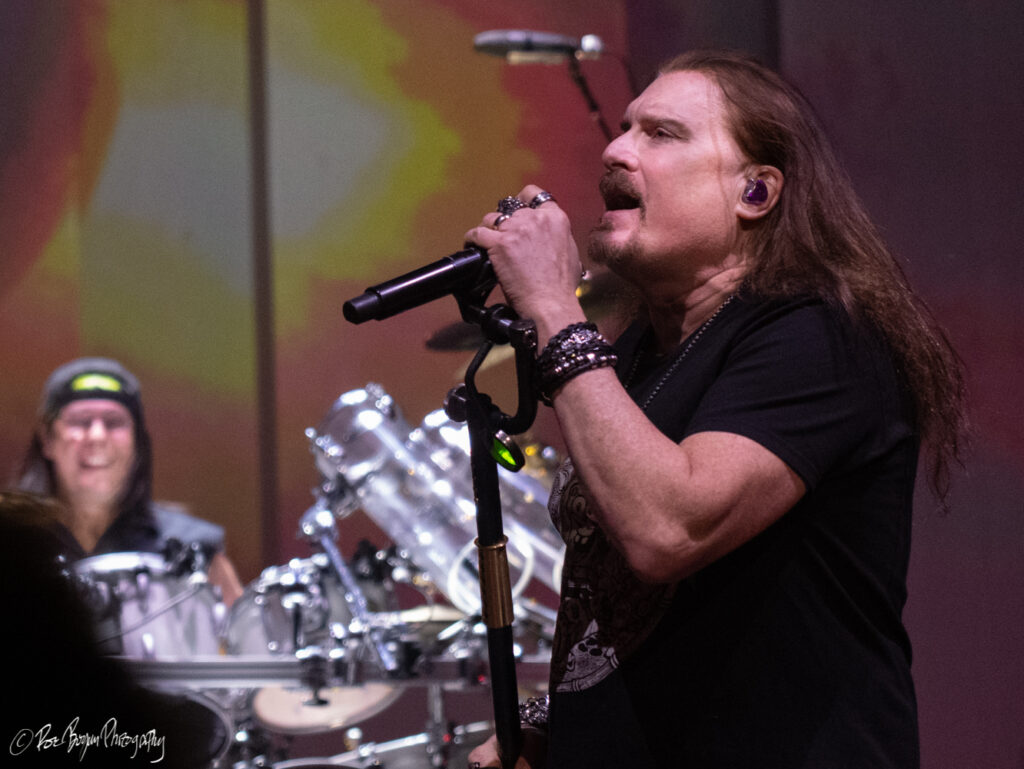 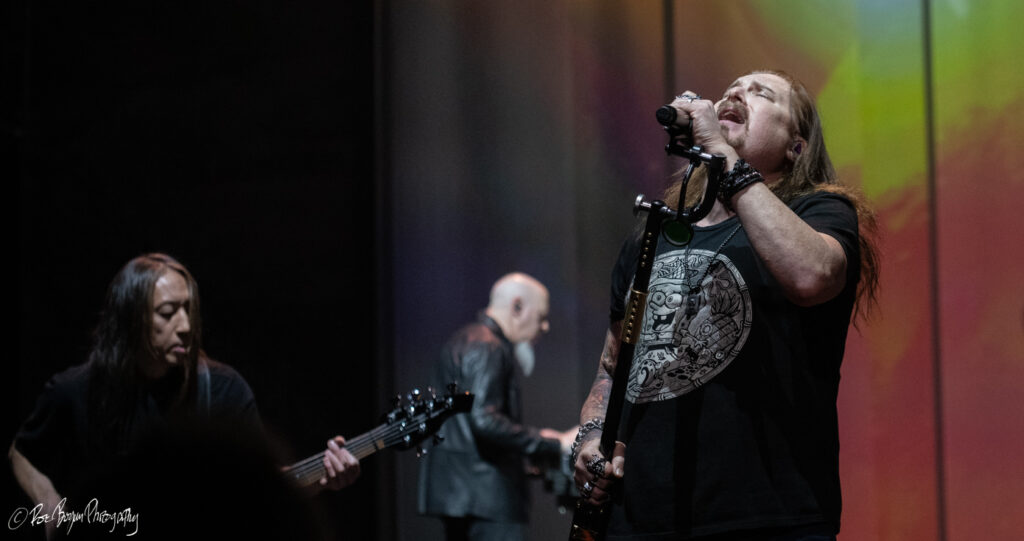 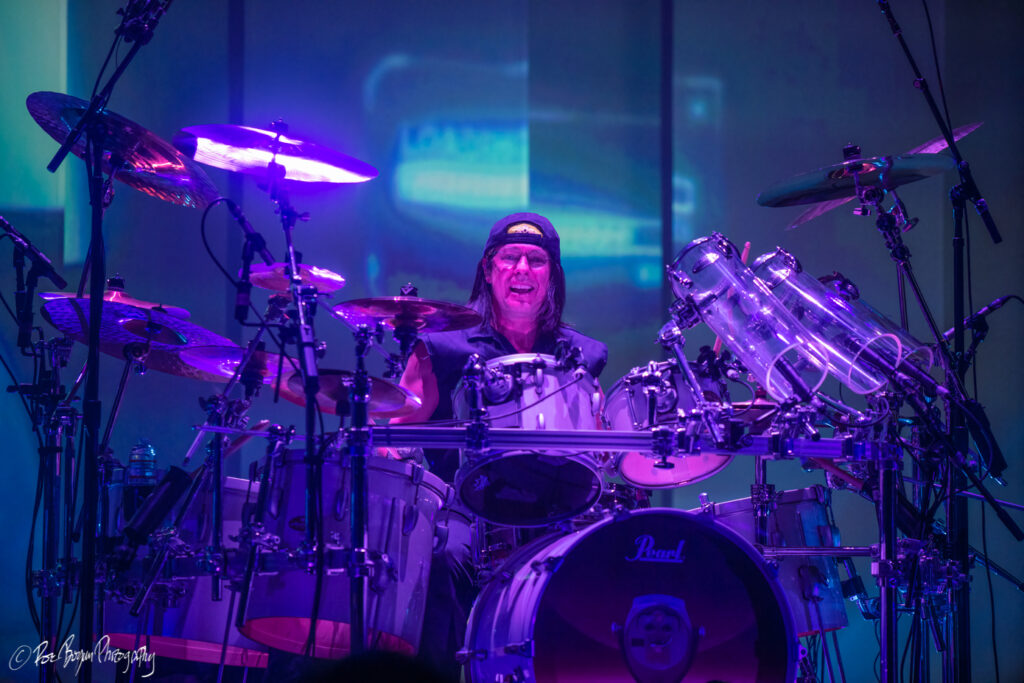 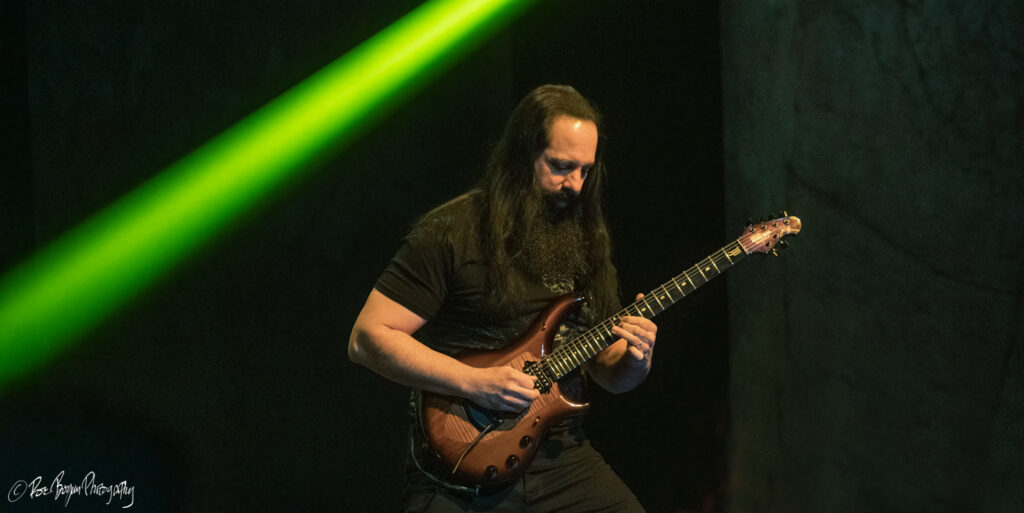 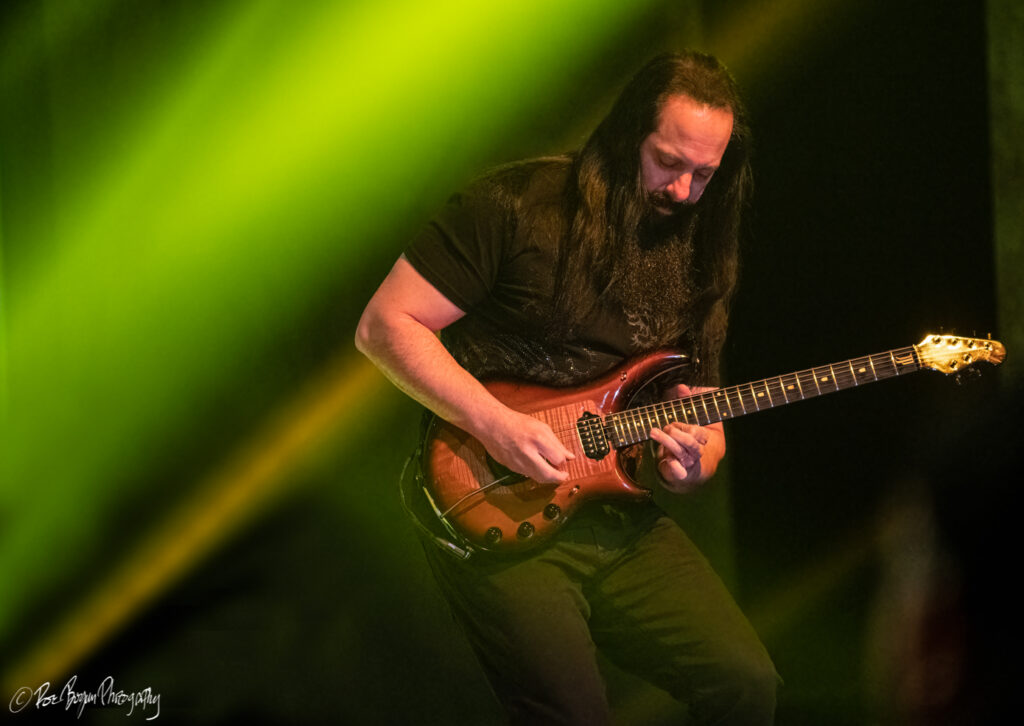 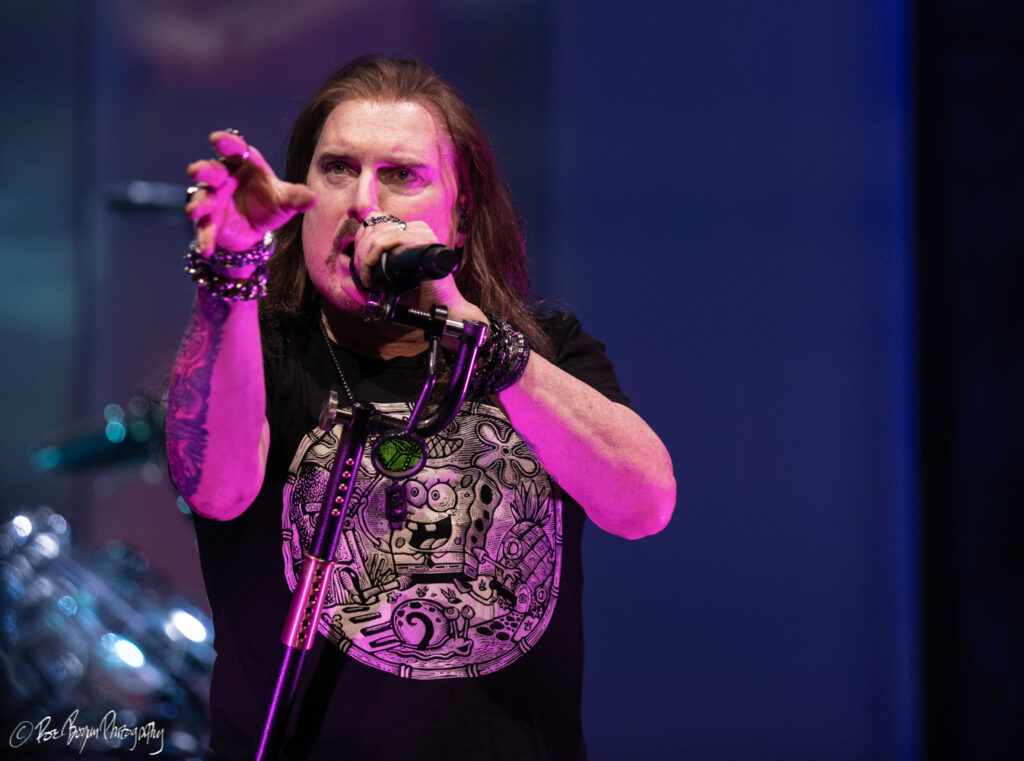 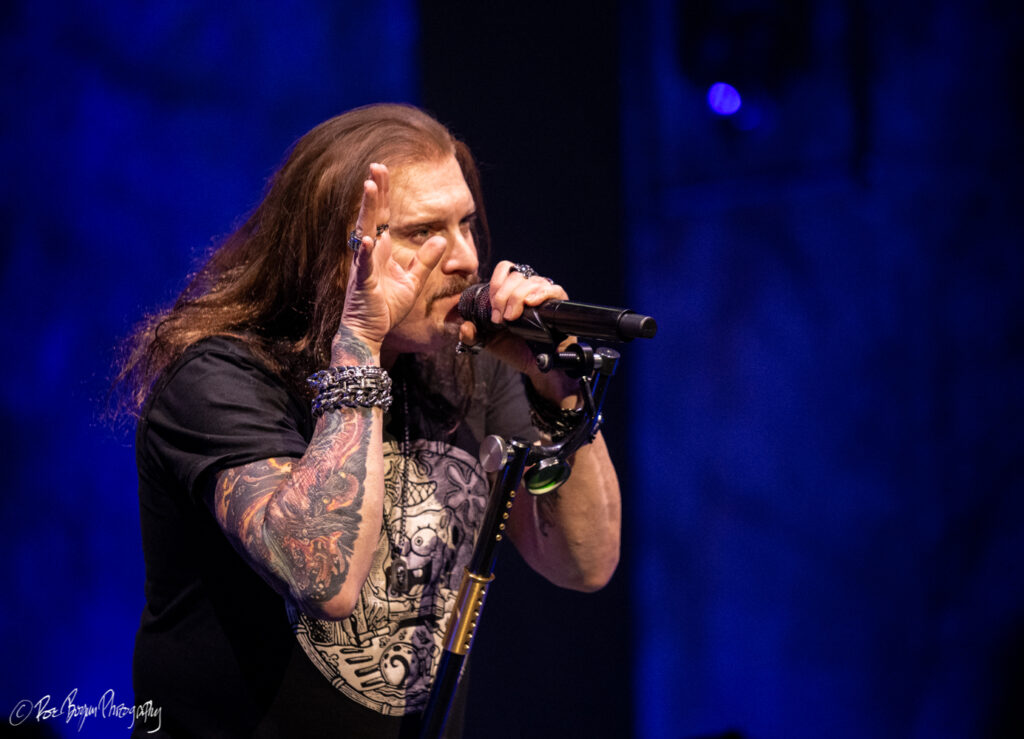 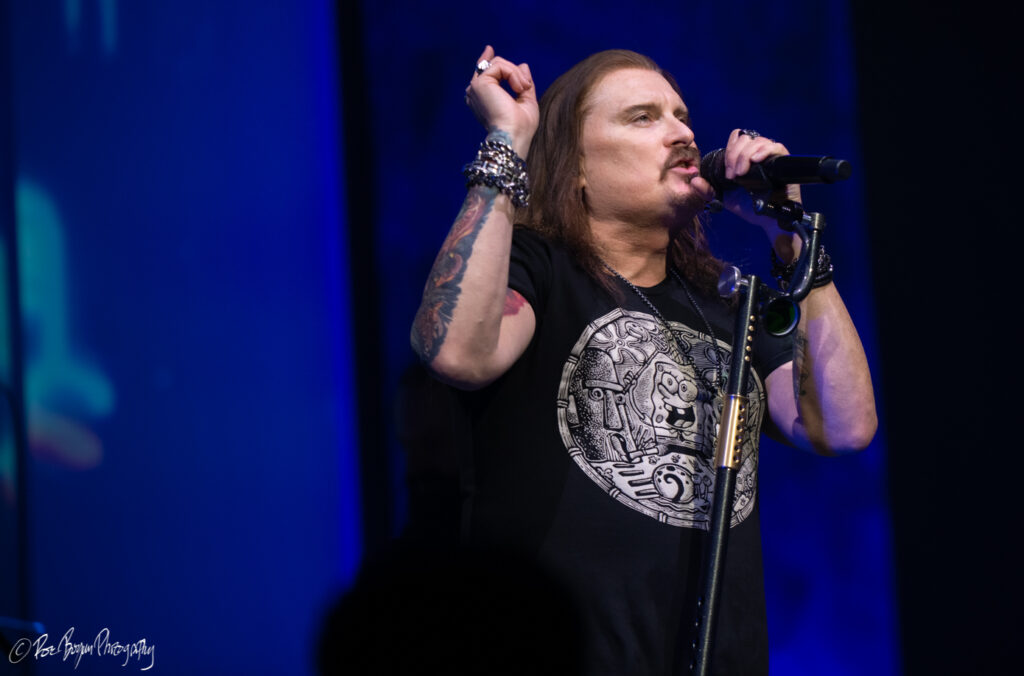 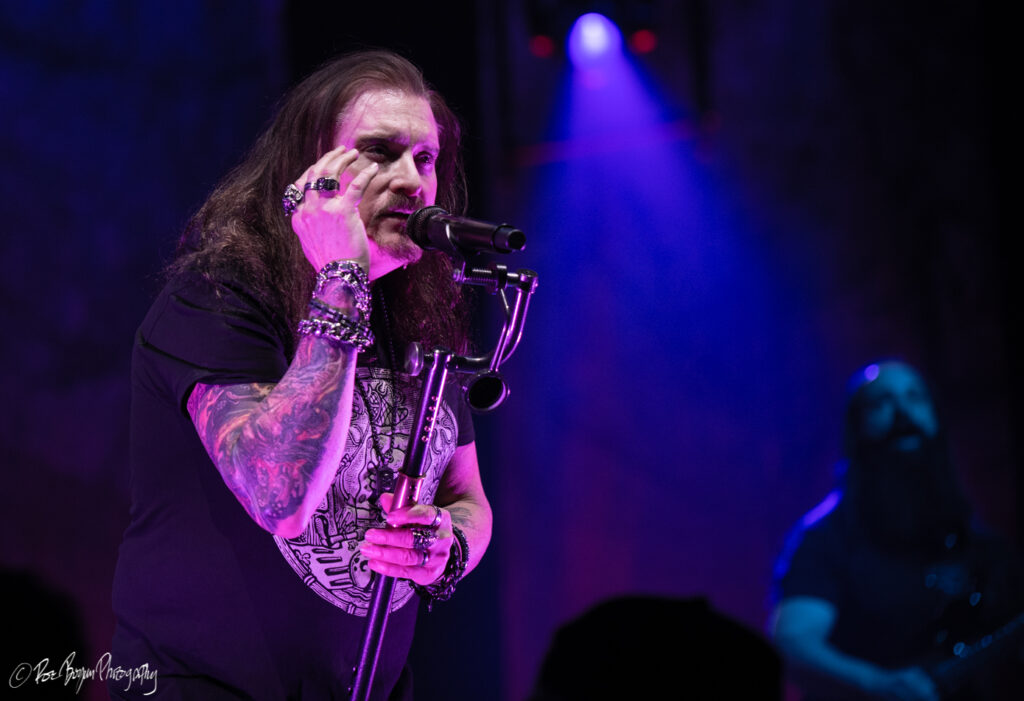 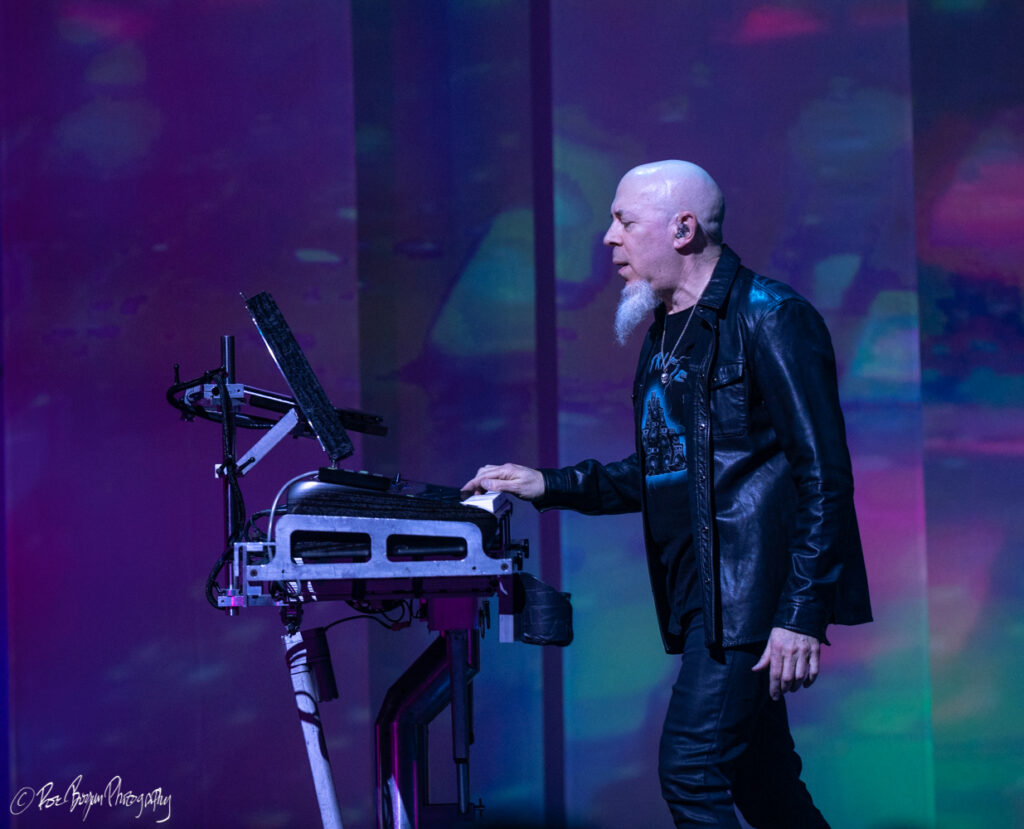 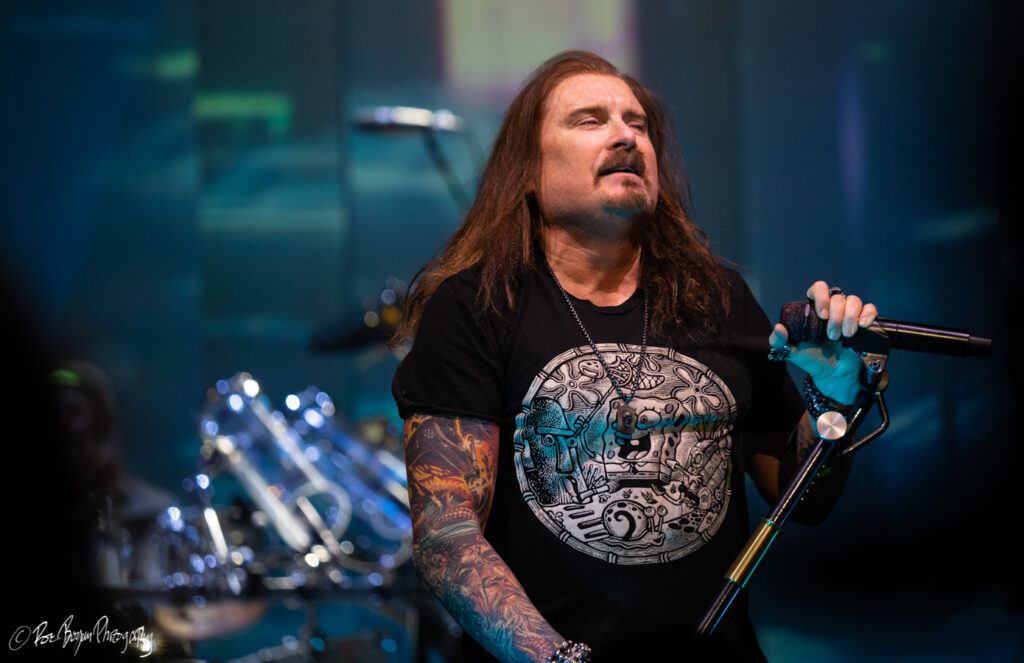