Avatar have once again taken Southern California by a stranglehold as they destroyed the House of Blues in Anaheim on 11/2/18.

If you haven’t had a chance to see Avatar live before, we suggest that you don’t miss out while there’s still a chance to see this band with reasonably priced tickets. This is a band that is on a meteoric rise, and ready to explode the Music Industry wide open.  They have a fan base that is growing exponentially and soon, the demand for tickets will far exceed the available ticket supply. While this will drive up ticket prices, the up side to this is; the production will be bigger and the audience will get a show that they will never forget and that will change them forever …for the better of course!

Johannes, as the Lead Sinister Ghoulish Clown and Ringmaster is an amazing front man and vocalist. He is a master entertainer with a great sense of timing which includes his incredible sense of humor which he shares with the audience throughout the evening. At one point in the show, Johannes in all his Flamboyant Grandeur and undeniable humor stated:

“I have a really, really nasty cold but you wouldn’t know it….why? Because I’m a motherfucking professional! Although, head spinning up here on stage for you does make my head about 50% mucus!”

And with the expertly choreographed and carefully orchestrated head spinning between the entire band and Johannes, it makes one wonder; how he could even breathe through all that mucus!

But, that is the kind of performer and artiste Johannes is, a guy that will tell it exactly like it is and make you laugh, all in one fell swoop!

The band exploded on stage and opened their set by blasting the House of Blues with a pounding version of Hail the Apocalypse from their 5th LP of the same name and moving on to deliver the scorching, Let it Burn from their 2012 Black Waltz LP.

Next was a definite fan favorite, Bloody Angel from their Hail the Apocalypse LP with an audience sing-a-long that had Johannes smiling throughout. This is a song that begins and ends with a subtle staccato guitar intro by Jonas “Kungen” Jarlsby (the King) who is then joined by guitarist Tim Öhrström. This theme is varied slightly in the verses and then repeated throughout the song (complete with an audience sing-a-long) before exploding into head pounding metal with the band’s entire front line head spinning….Brilliant!!!

The band continued their set with stellar versions of The Eagle Has Landed from their highly acclaimed LP, Feathers & Flesh and The King Welcomes You to Avatar Country from the 2018 release, Avatar Country.

The Band finished up with a song that simply blew the roof off the HOB; Smells Like a Freak Show! Johannes gave the perfect introduction to this song by telling the audience,

Make no mistake about it, everyone that was in attendance on this night to see Trivium was also here for Avatar and these fans showed Avatar so much love and support that at one point in the show Johannes said;

“I am going to be serious for a moment, and tell you that, you know we are not a band to make idle comments, but tonight, this is the most fun with a great crowd, we’ve had on a stage in the states thus far!”

This Band is pure Metal, but with a fun and refreshing Sinister Circus Edge.  The excellent Vocals, Songwriting and Musicianship combined with the crazy antics of an unconventional circus show, create a show that is fun as well as a showcase for truly skilled musicians. Avatar is a band that has to be experienced live to truly appreciate the full scope of their talent. 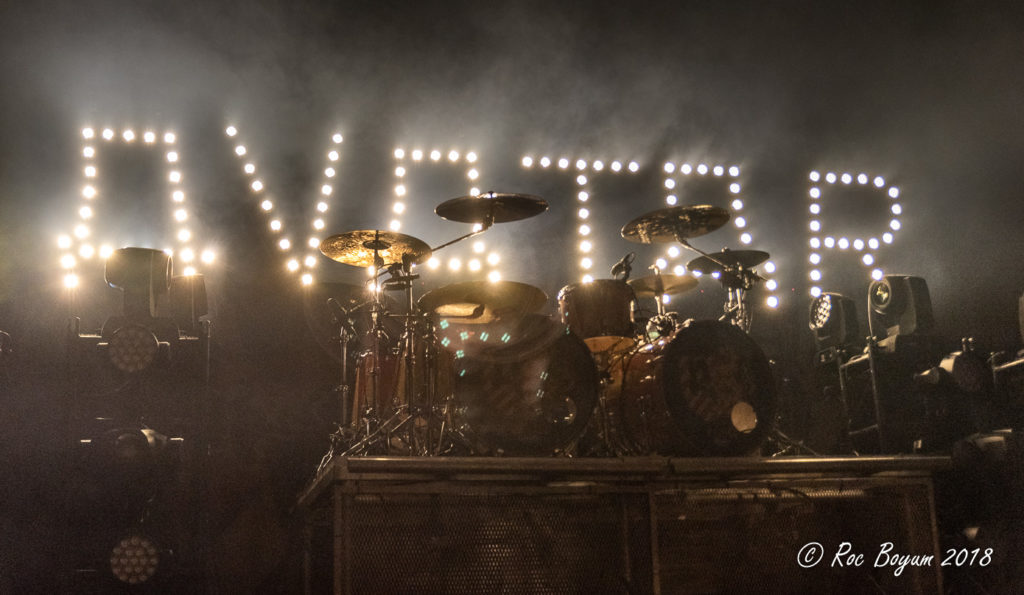 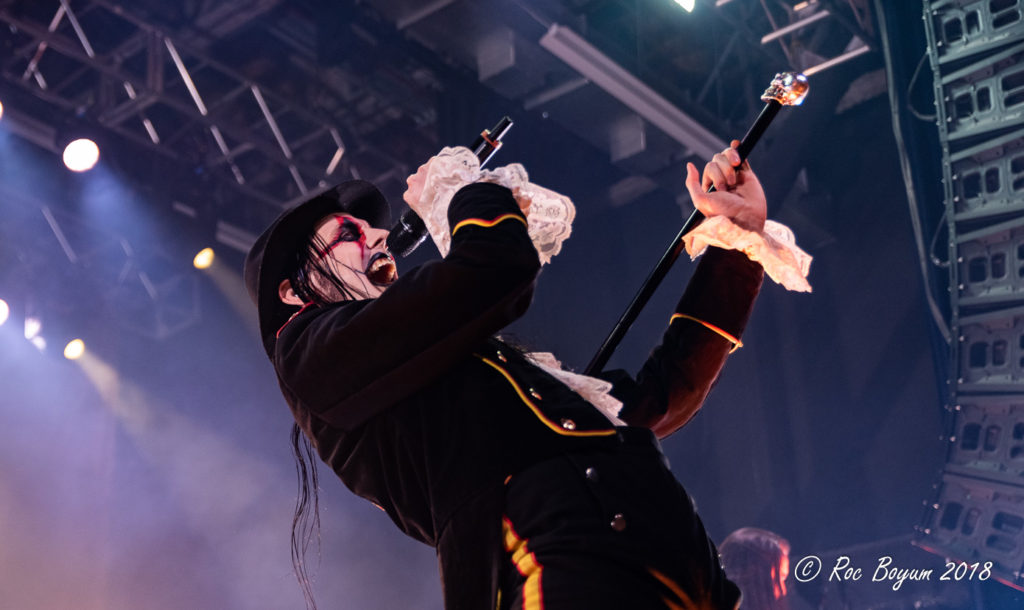 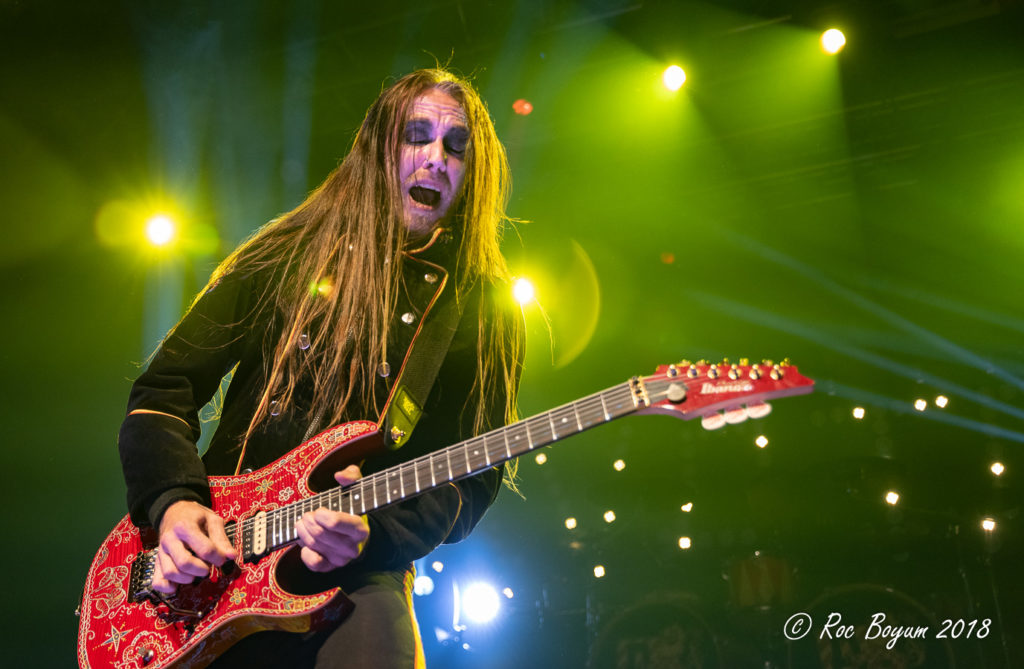 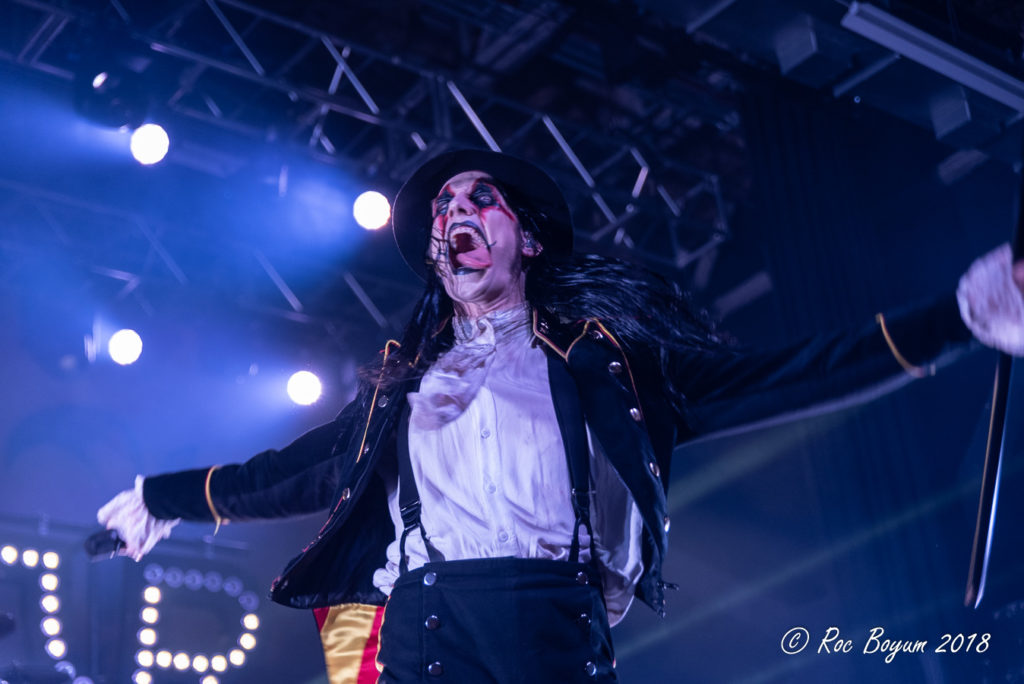 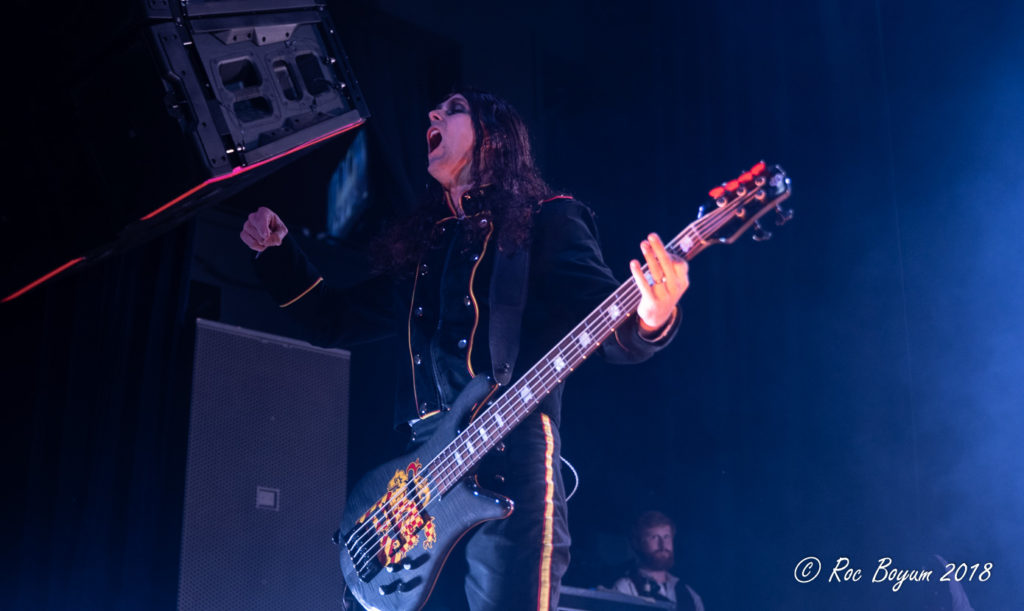 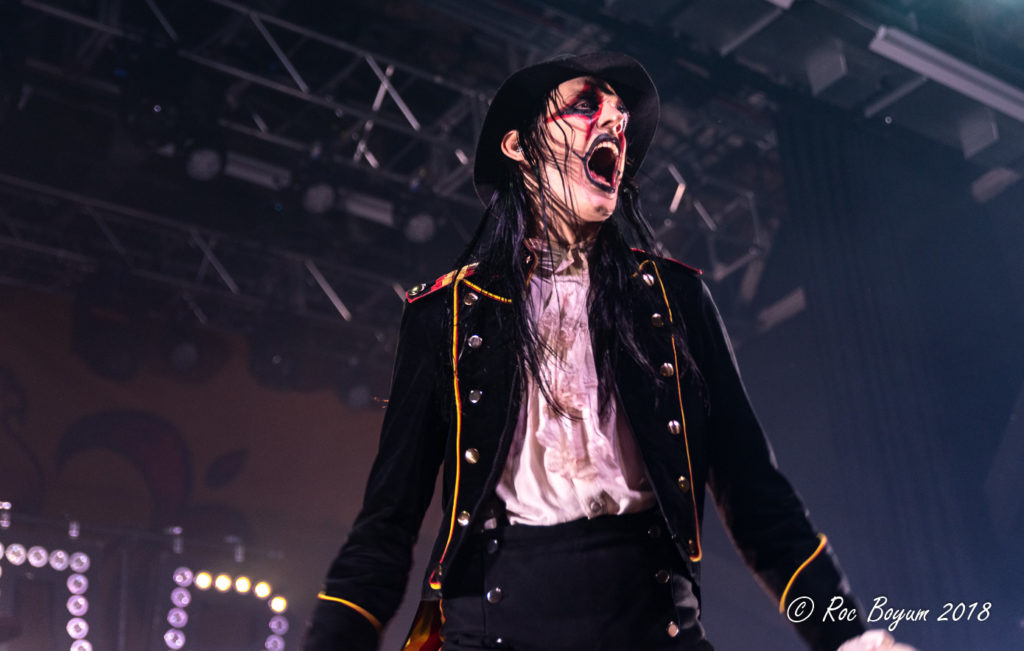 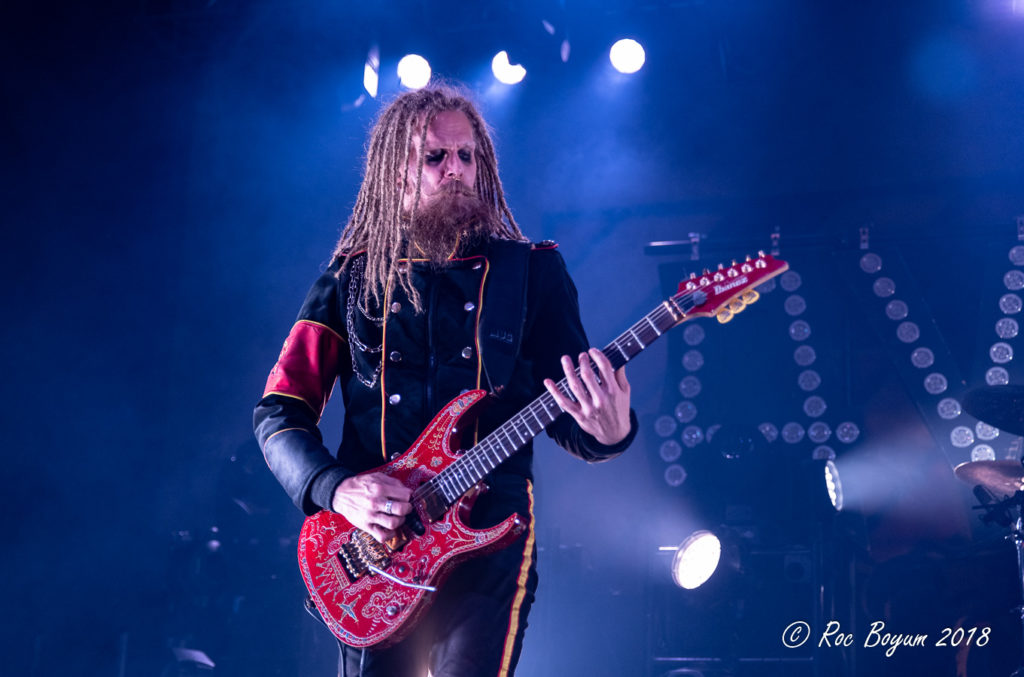 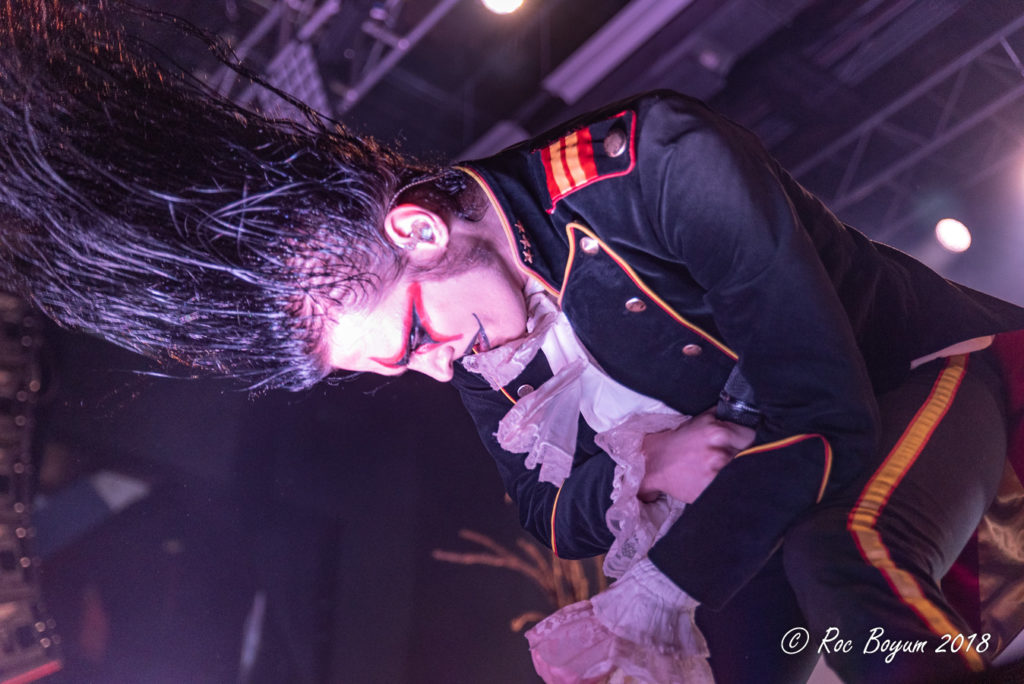 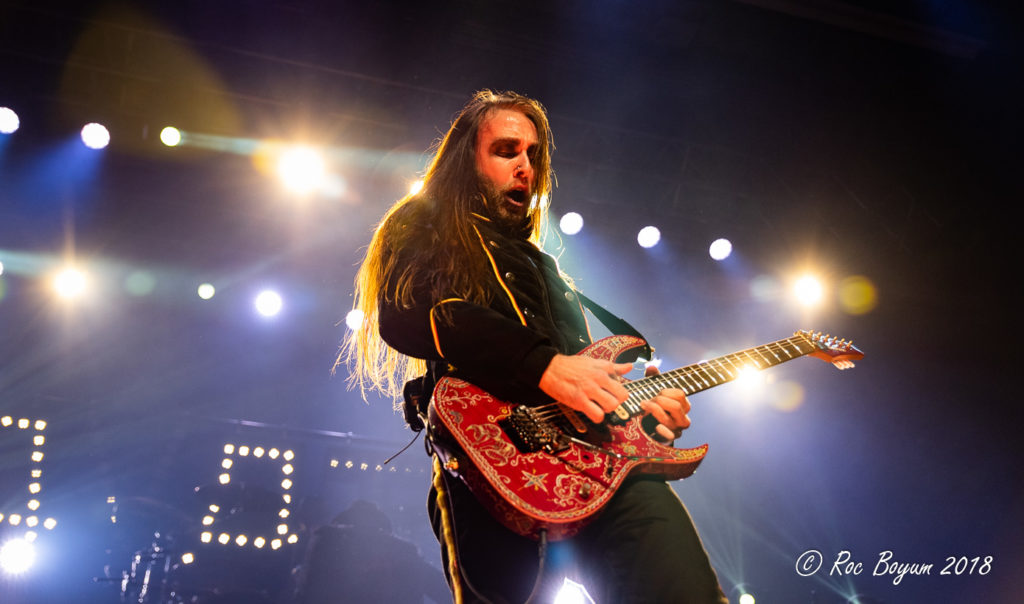 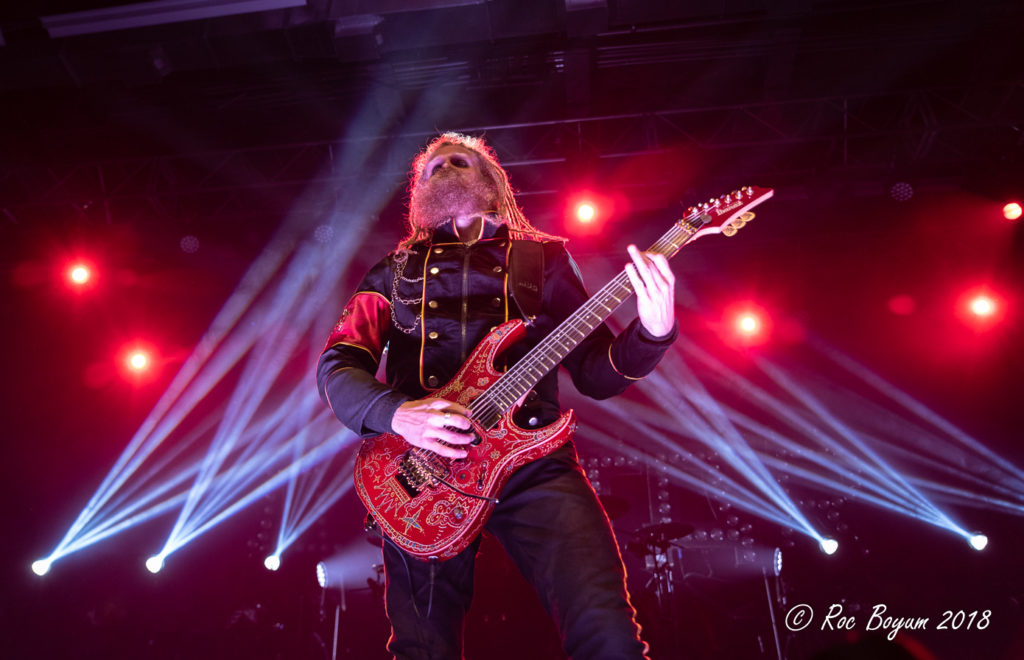 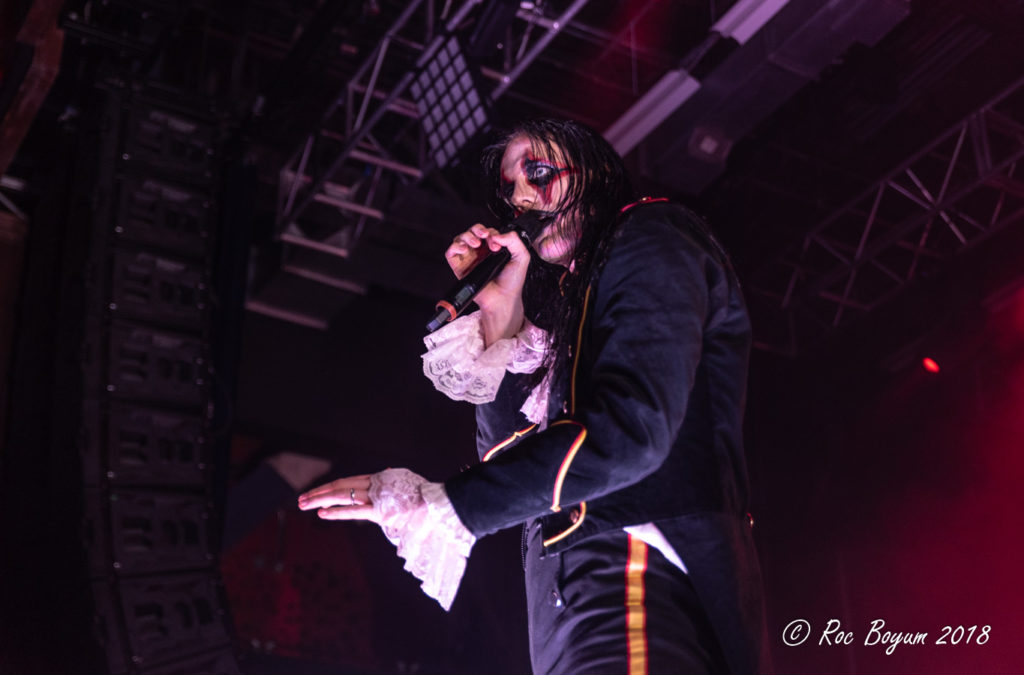 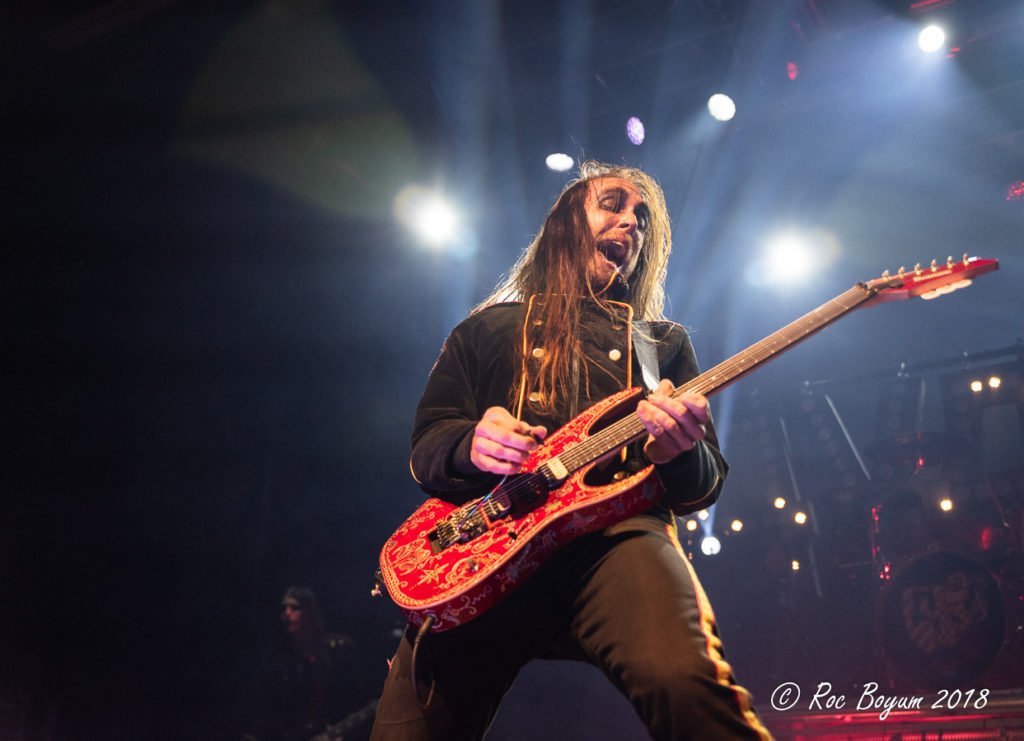 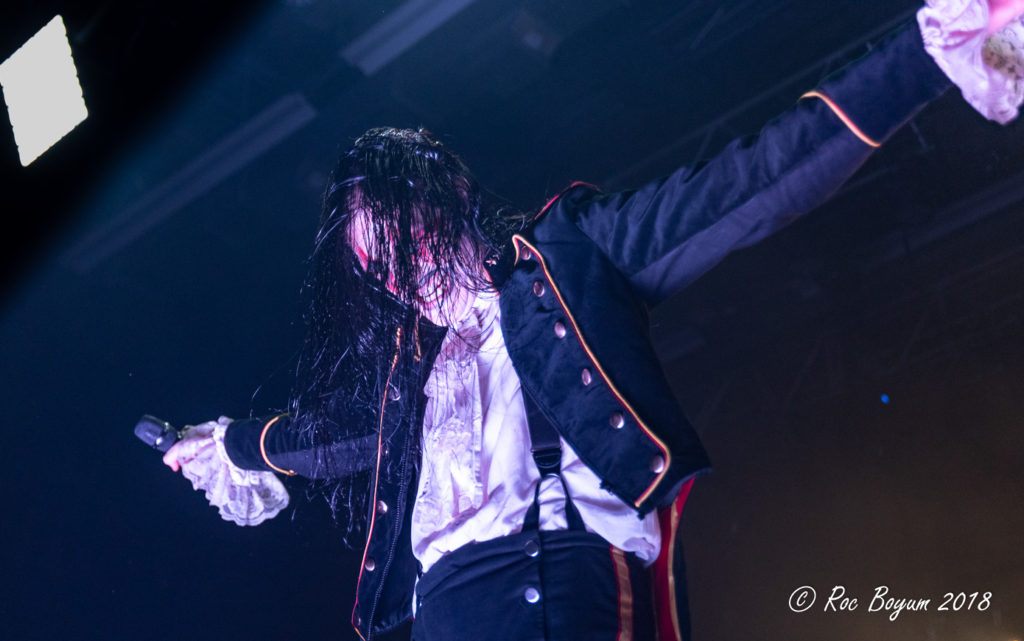 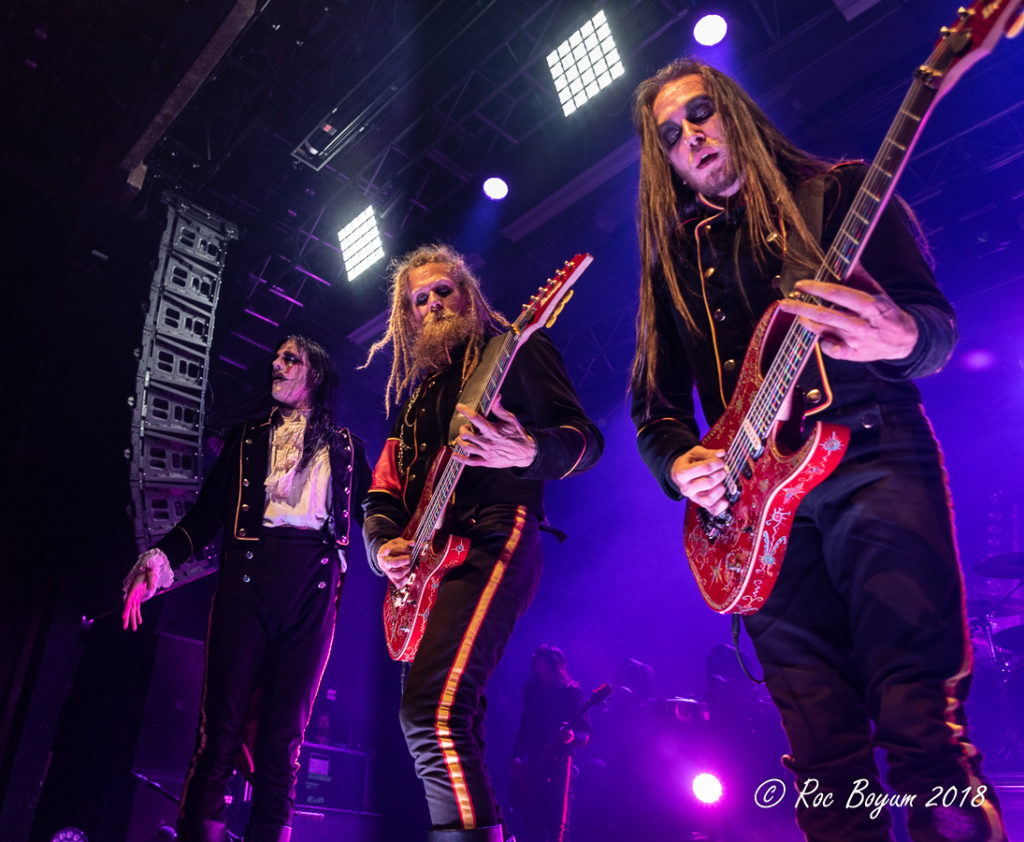 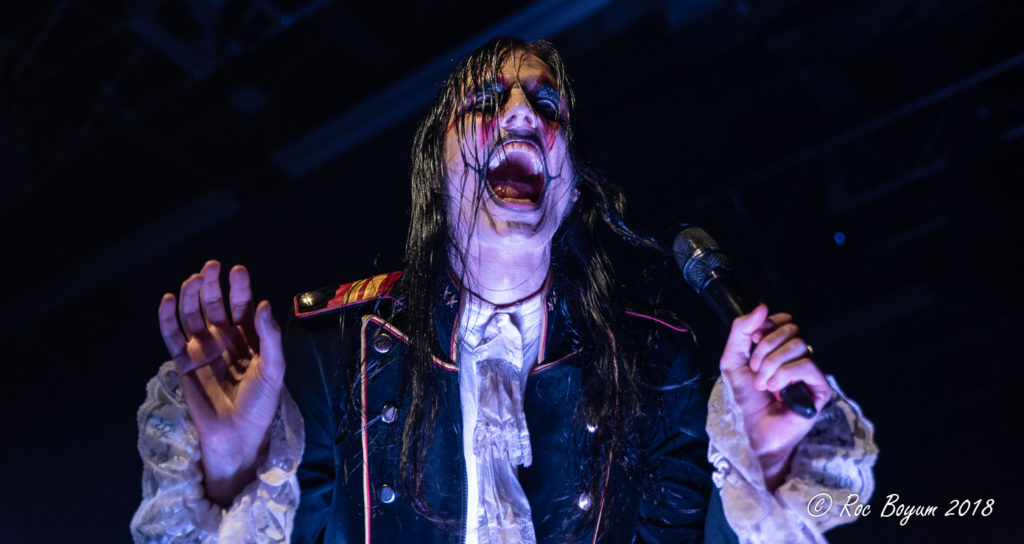 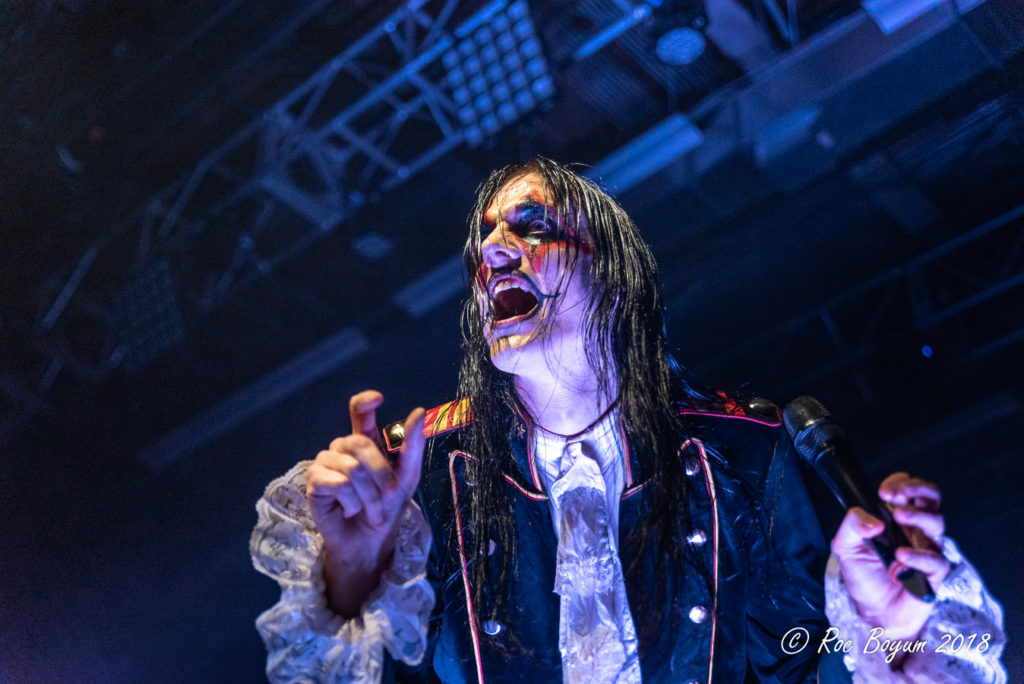 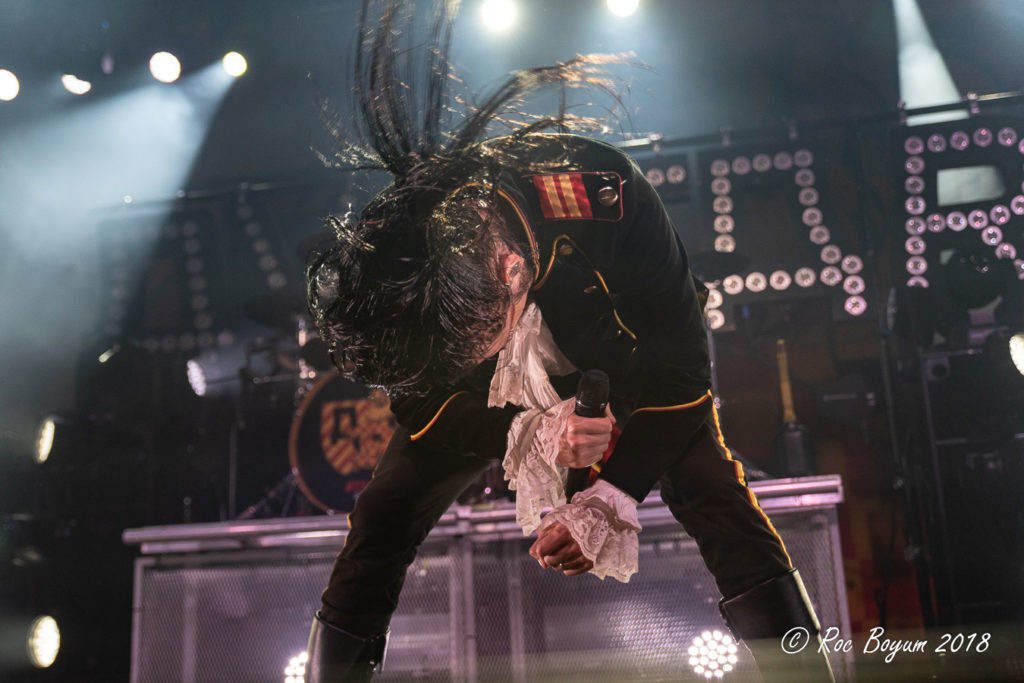 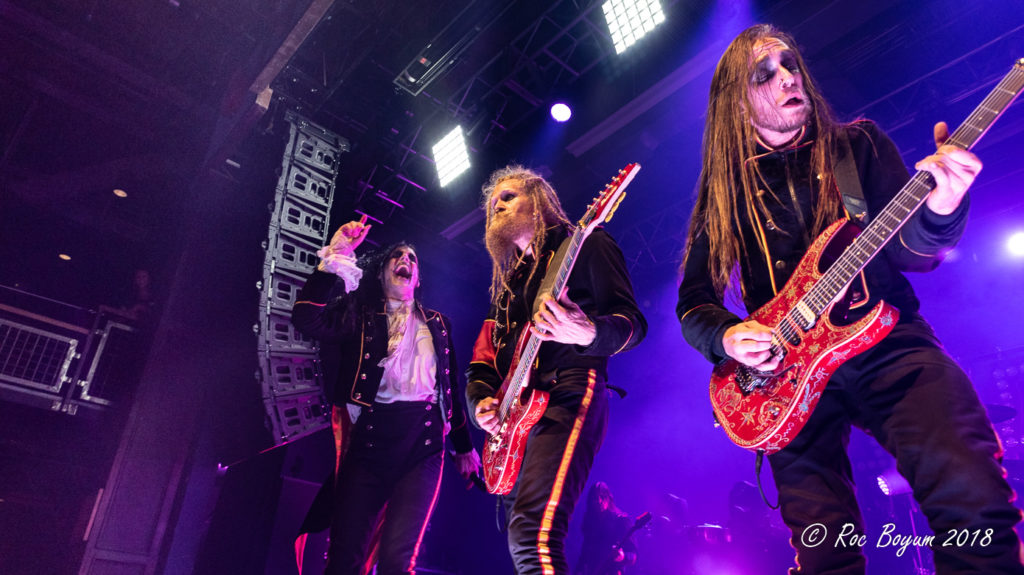 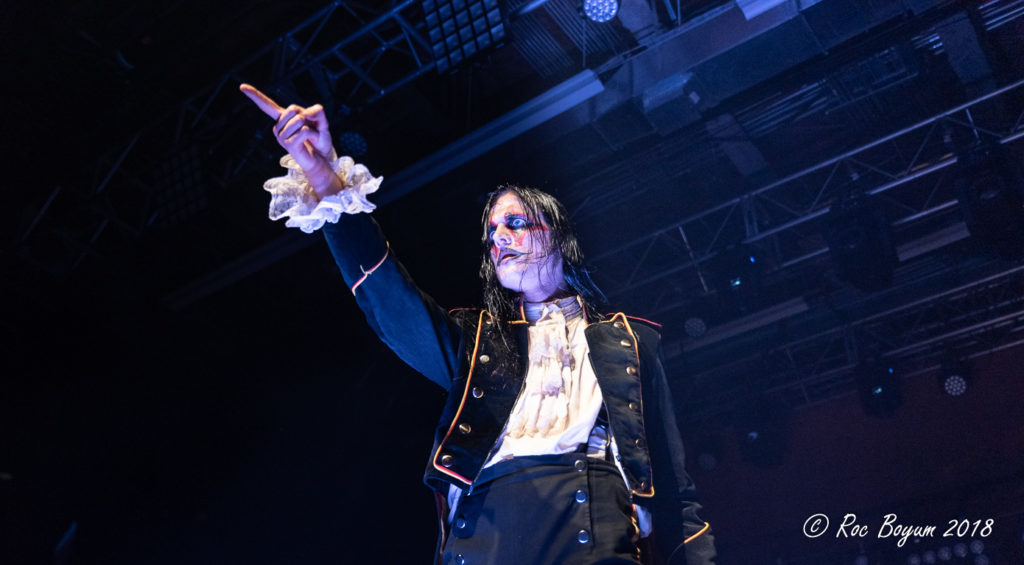 5) The Eagle Has Landed

6) The King Welcomes You to Avatar Country