Led Zepagain lead the way in the 1st Ever Tribute Band Night at the Wiltern Theater!

It was definitely a nostalgic night with all three bands giving the audience a great representation and tribute to what it was like to experience those iconic original bands live.

The night began with Strange Days with their tribute to the Doors!

The band consists of Jason Tosta (Jim Morrison), Robert Carsten (Robby Krieger), Alexis Angel (Ray Manzarek), and Dave Madden (John Densmore) who had the looks, moves and sound down so damn good, one would have thought that they were actually seeing the doors on a good night when they weren’t too high…..they were that damn good!!!

The band played many of the Doors hits including Break On Through, Love me 2 times and a song that Tosta introduced in a tongue and cheek manner by saying; a fan before the show requested that the band play a song that the Doors never played live, Light My Fire; which of course the Doors definitely played live many times. During the song Road House the entire audience chimed in on the line; I woke up the morning and I got myself a beer, giving one the feel that they were invited to an exclusive party with the Doors.

For the band’s last song Tosta introduced the song by saying; here’s a song that’s dedicate to you and it’s called L.A. Woman!

If you’re a Doors fan, you have to absolutely check these guys out! You will have a great time watching Strange Days faithfully portraying a band that helped shape a generation.

1) Break on Through (to the other side) The Ultimate Stones came out of the gate with Start Me Up, an apt song and song title to open their show. They continued with Brown Sugar, Honky Tonk Women and a version of Sympathy for the Devil, with Becker dressed in his devil red costume with top hat!

One of the more challenging songs the band brought forth was a classic track from the Stones Sticky Fingers LP that Becker introduced with a sense of Jagger flamboyance by saying; here’s one from Stick Fingers, Y’all got Stick Fingers tonight!!!  The band then faithfully reproduced the entirety of the song, “Can you Hear me Knockin’ ”  with all the keys, saxophone, guitars, and Jagger swagger to make any Stones fan say, damn I these guys are good!

The Ultimate Stones also played other fan faves such as Miss You, Satisfaction and Gimme Shelter with Harris nailing those crazy/serious backups originally sung by Merry Clayton.

If you’re even a casual Stones fan, check these guys out and join the party.

Led Zepagain was set to arrive and the anticipation for this band was HIGH; they were the headliner after all!

Just like Led Zeppelin circa 1973 or a scene from Zeppelin’s film The Song Remains The Same, Led Zepagain came out with a mighty blast from LZ’s 4th LP with the track Rock and Roll, that fired up the Wiltern and got this party started. They continued with the songs “Good Times Bad Times, Communication Breakdown and Ramble on” which were originally only played in LZ’s early concert days and truly great to be able to hear live.

For the song Black Dog, Swan had the entire audience working with him in a call and answer to the song’s vocal breaks; (Ahhhh Ahhhh, Ahhhh Ahhhh) that definitely sent everyone back to the LZ hey Days circa 1973! 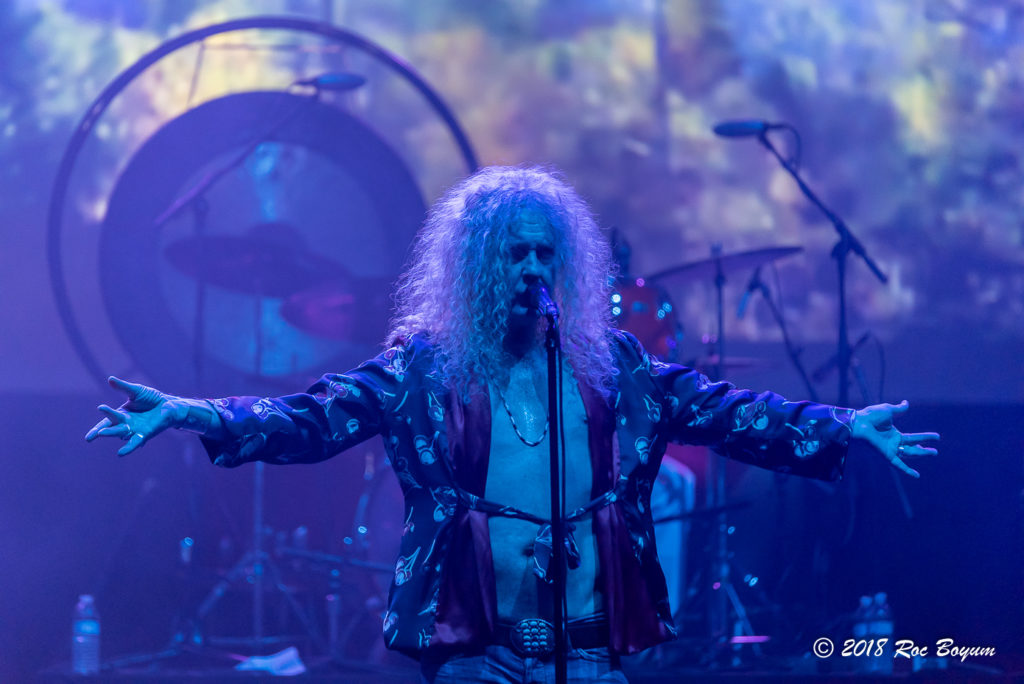 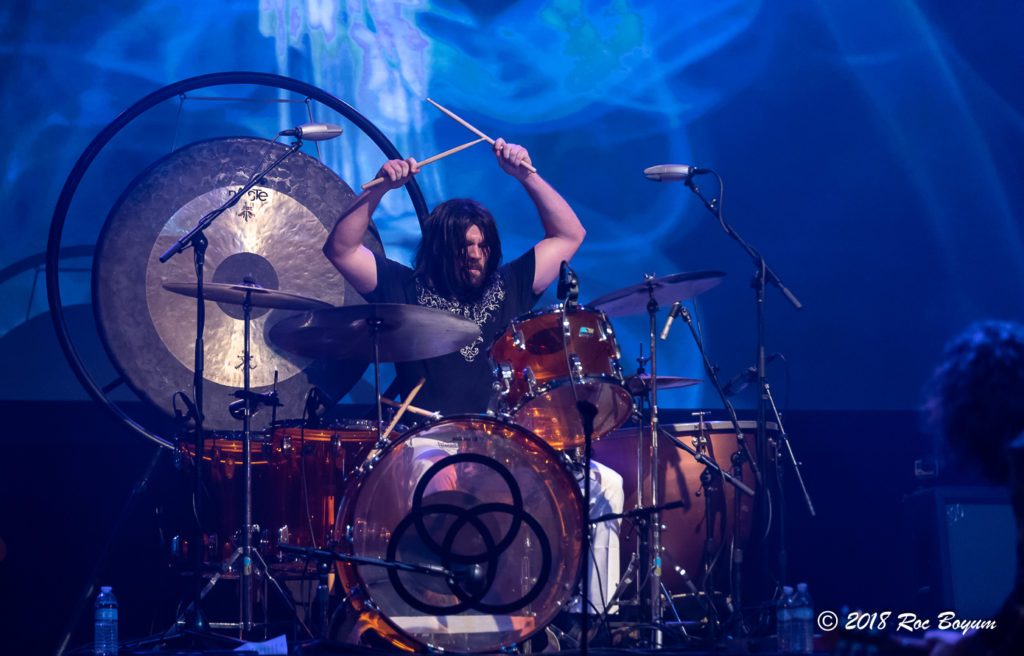 As with the original the band back in the day, Led Zepagain brought to the stage what Plant used to characterize as the “set down songs or the acoustic set” that consisted of a few of their acoustic songs most notably from their LZ3 and LZ4 LP’s. Led Zepagain did a stellar job with these songs which of course had Swan Montgomery Vocals-(Robert Plant), Anthony David–(Jimmy Page) acoustic guitar, Jim Wootten–(John Paul Jones) playing the mandolin. The band also included a back up singer who’s name I missed to help out on the parts that were usually sung live by John Paul Jones. For the original recording of The Battle of Evermore by LZ, the band employed the vocal assistance of “Sandy Denny-Fairpoint Convention”. 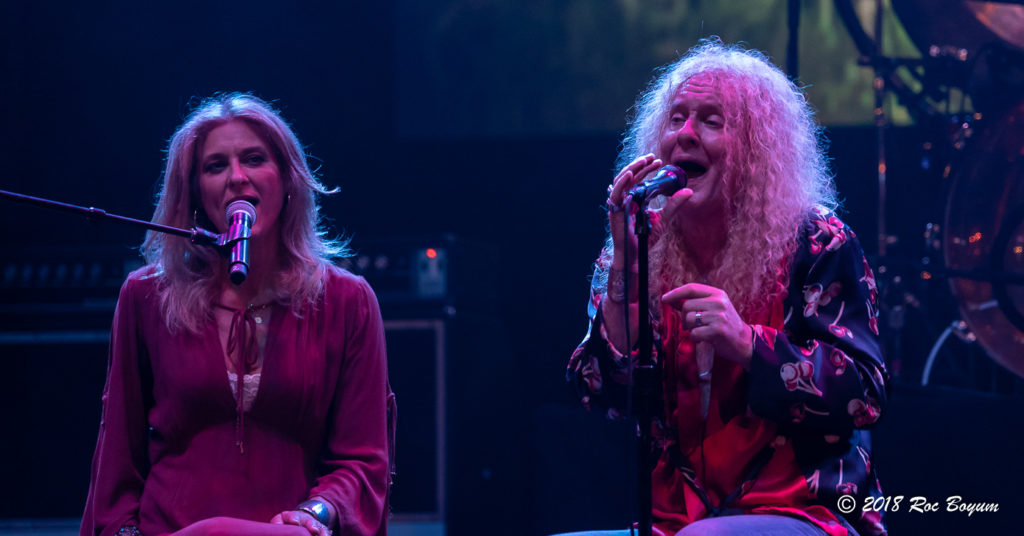 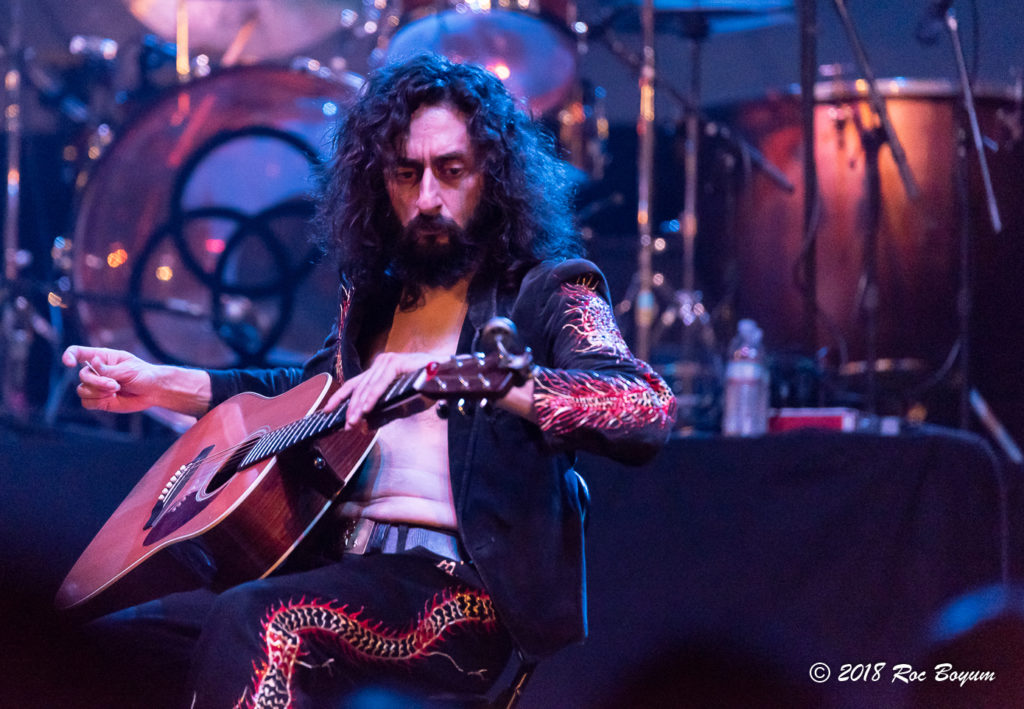 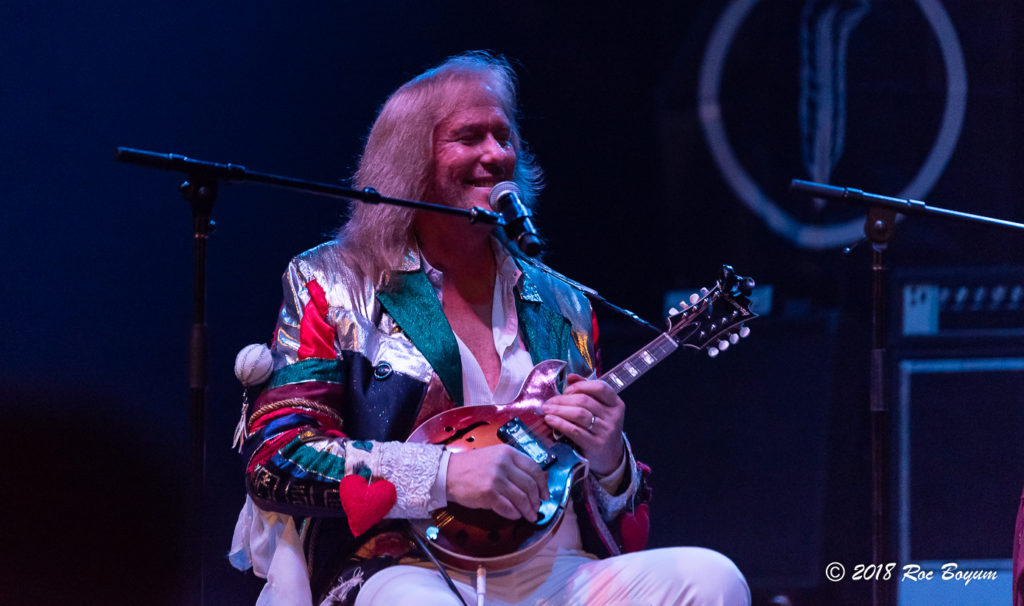 The band continued with explosive versions of The Immigrant Song, Heartbreaker, Over The Hills and Far Away, Stairway to Heaven and finished their set with a stellar version Kashmir that the band ripped through with the same brilliance and tenacity that Led Zeppelin gave in their performance at Knebworth circa 1979.

In typical Zeppelin fashion, the band came back for an encore with a fitting tribute with a  Whole Lotta Love medley. The medley included “How Many More Times, Nobodies Fault But Mine and Houses of the Holy” to name and as the band hit an intense jamming crescendo they stopped; and with a single light on Swan he belted out; Way Down Inside, Woman, you need it.……..Loooooooooove!!!!!!!!! Smith led the band back in with that classic Bonzo snare fill and the band crushed the night with the final outro of Whole Lotta of Love.

There’s a reason why Led Zepagin is the premiere and definitive tribute to Led Zeppelin and why the band has been touring for 30 years now; it’s because they’re second to none when it comes to Led Zeppelin and quite simply the best representation of Led Zeppelin we’ll ever get baring the reunion of Plant, Page, Jones and Jason Bohnam.

Do not miss these guys for your chance to relive the music that defined a generation and quite possibly the whole 70’s decade, socially and musically.