Poison had finally made their long awaited return to the stage on one of the biggest concert tours of the year; The Stadium Tour with Def Leppard and Mötley Crüe. Their show started with the band jamming and an announcement over the PA to welcome Poison and their first song, “Look What the Cat Dragged In”. As soon as the first song was announced, singer Brett Michaels came running from backstage all the way to the end of the stage runway that jetted out into the audience where Michaels started jumping into the air like a man on fire! As far as all out energy, Michaels had the most bursting firepower on stage that surpassed everyone else on the stadium stage this evening; without a doubt.

The band presented a blistering set of eight of their highly acclaimed classics along with a guitar and a drum solo for a rippin’ set of pure rock and roll.

The photographers were able to shoot the first two songs of the Poison set and as usual, we swiftly left the front of the stage at the end of the second song. Before we got too far from the stage, Michaels, in an unprecedented move, came to the side of the stage where we were exiting to thank us and to say that the fans are the real show here tonight. I immediately raised my cameras to Michaels in appreciation for Mr. Michaels praise, and without hesitation, he swiftly asked the audience to stand up and for us – as  photographers to turn around and photograph the audience who made this tour possible; of course we complied. Brett Michaels is a genuine rocker who speaks from his heart and I believe he was truly sincere in his sentiment for the audience who, in Michaels own words said were the real story in tonight’s event. check it out!

C.C. DeVille with his “Flying V” guitar in hand, unleased a shredding guitar solo that thrilled the audience and embodied everything you would expect from a stadium rock guitar solo; brilliant!

Rikki Rocket delivered a firey drum solo that was all rock and roll as he executed a series of speedy tom-tom runs that led up to a bass drum and cymbal attack to bring it on home for the conclusion of his solo; that’s rock and roll!

The last two songs of their set were the timeless classics, “Every Rose Has It’s Thorn” and a song that is the anthem for any and all parties and rock concerts , Nothin’ But a good Time” (And it don’t get Better Than This). Michaels finished their set the same way he started the show by running to the end of the runway and jumping up and down. Brett Michaels is by all accounts, the definition of “Rock N Roll ” with a seemingly endless reservoir of energy, this man was fired up until their last moment on stage.; Poison FN rocked!

Poison put on one hell of a show and it was great to see these guys back out, doing what they do best; rockin’ the house!

Get into Poison here! 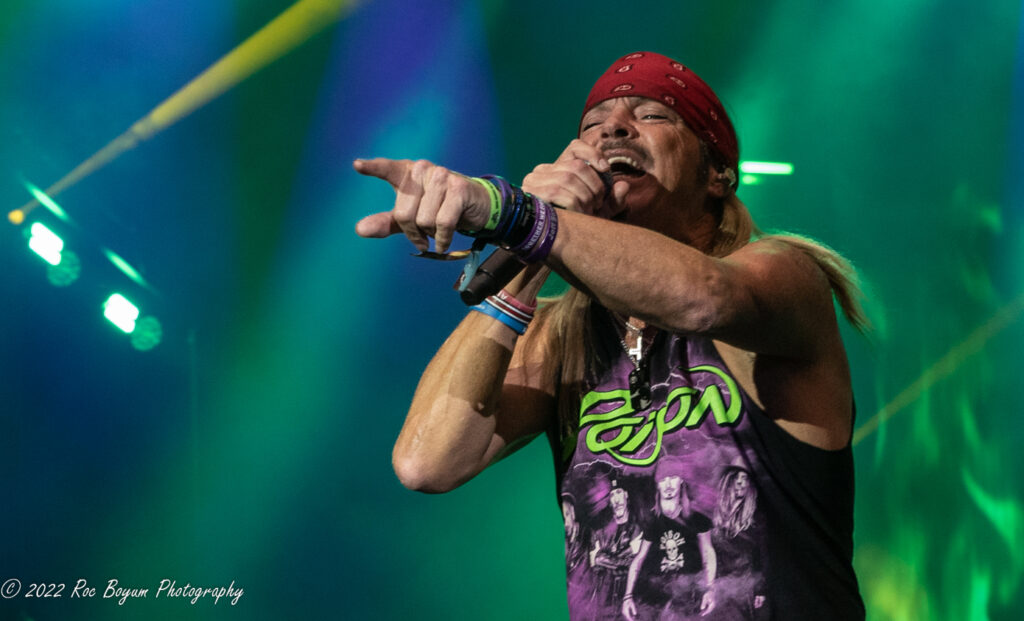 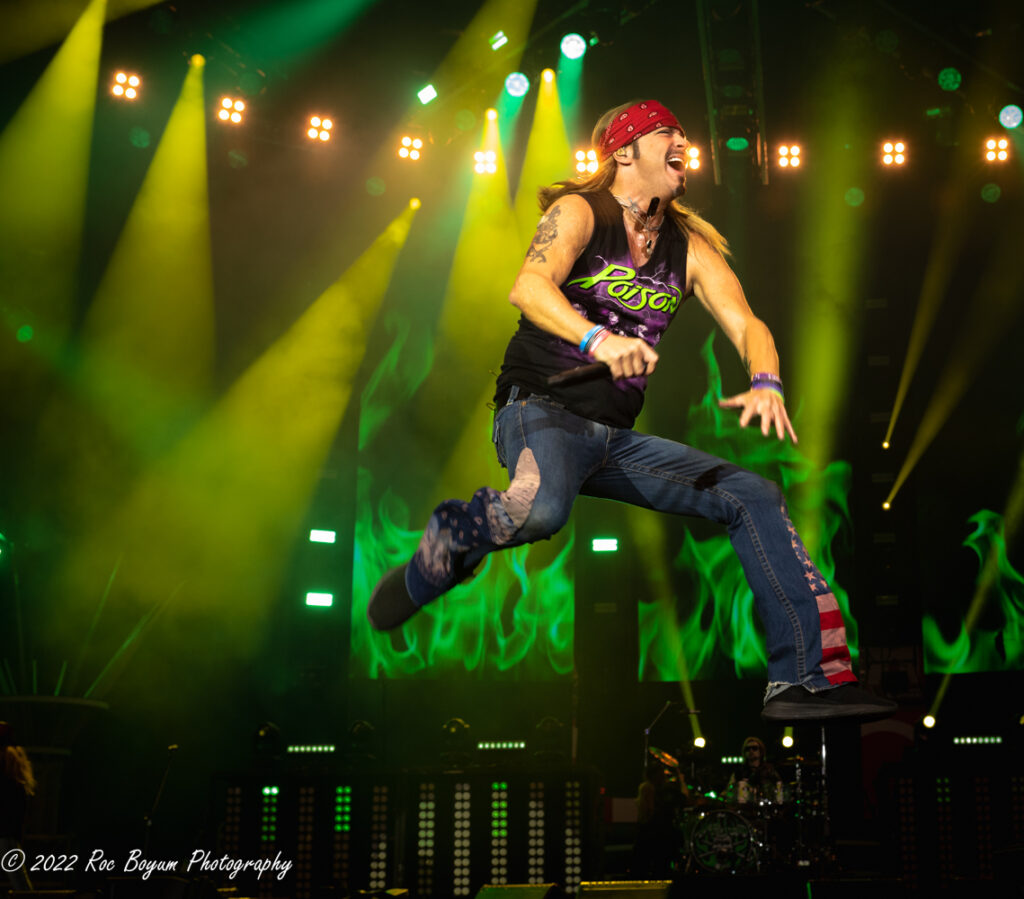 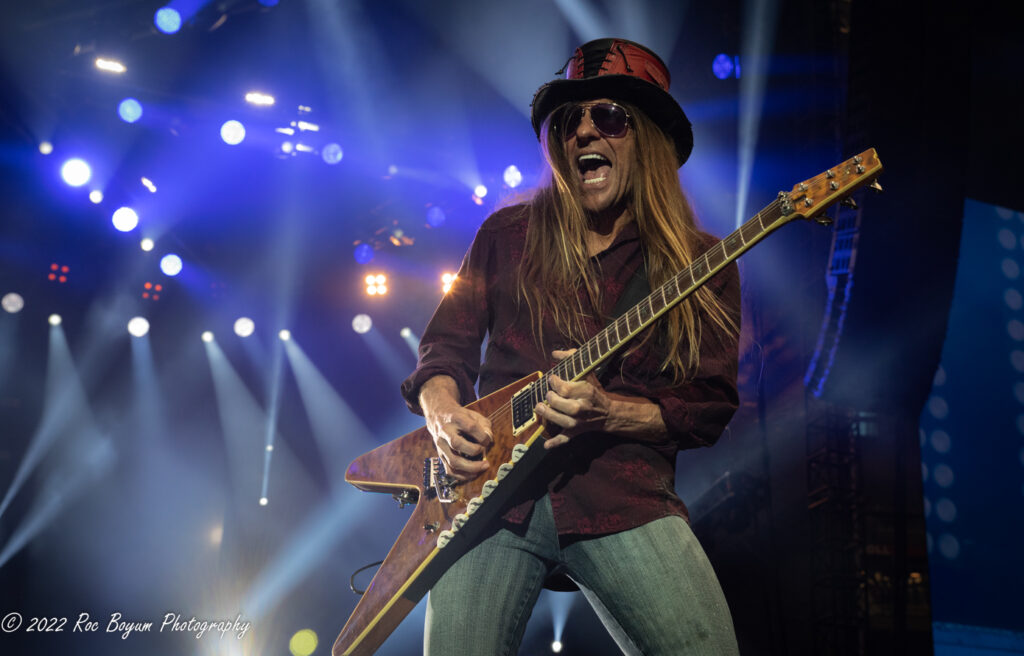 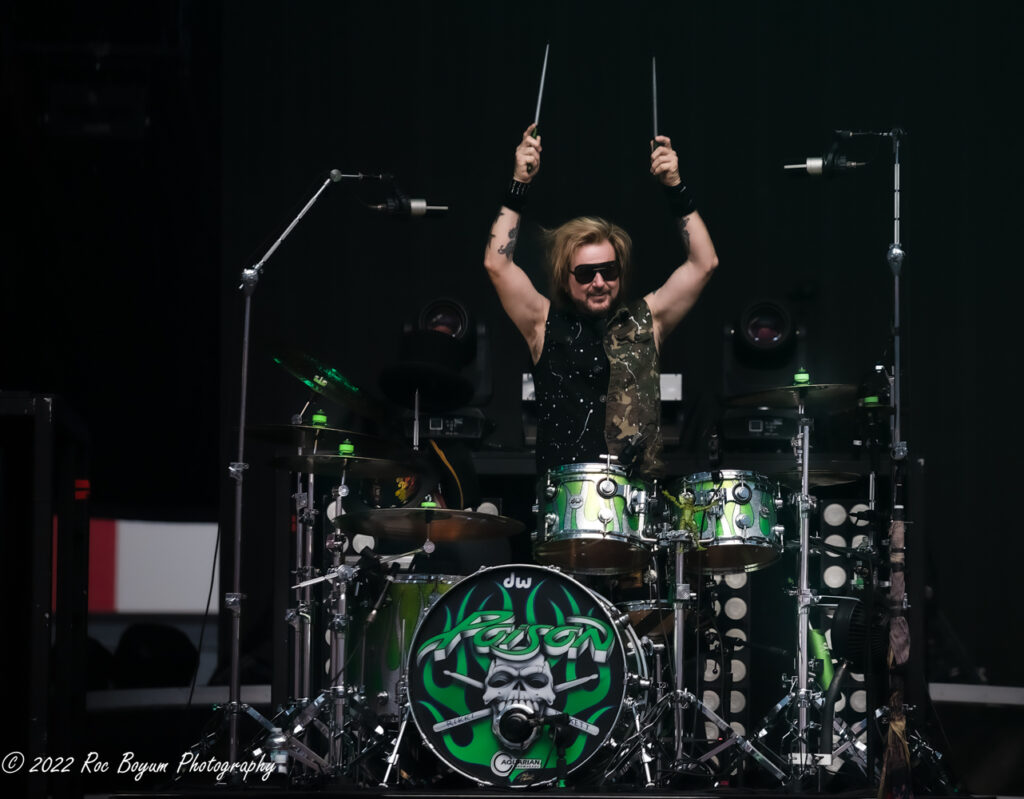 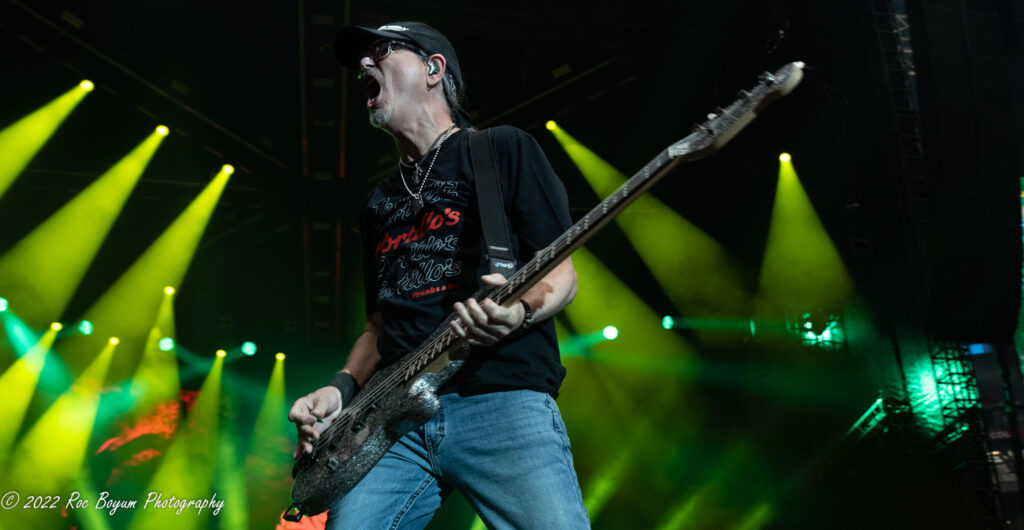 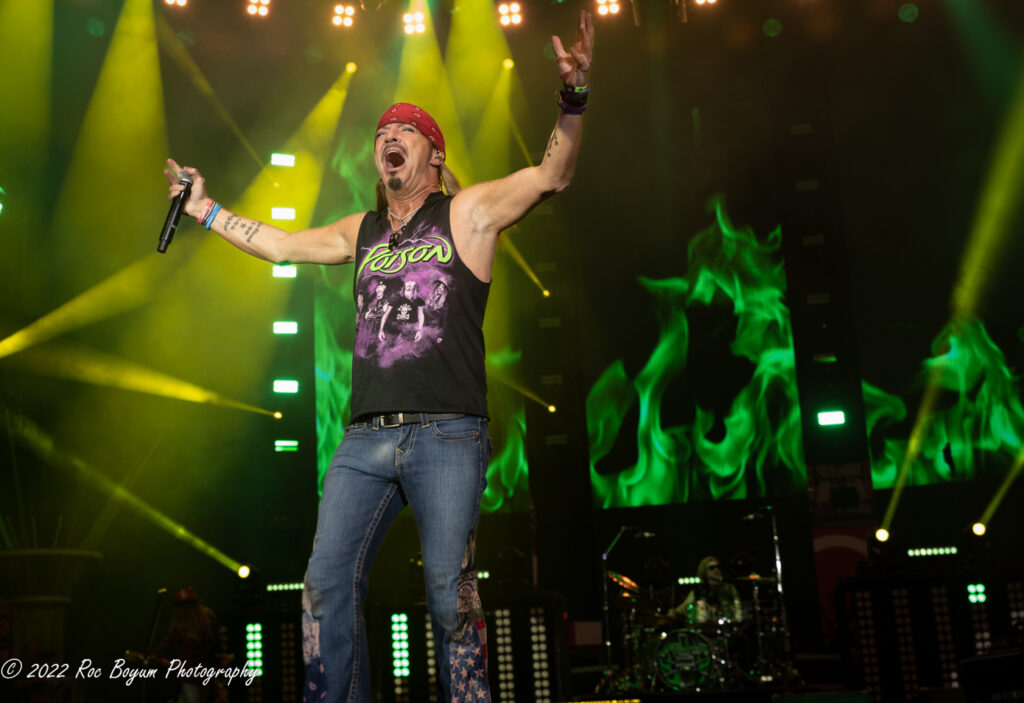 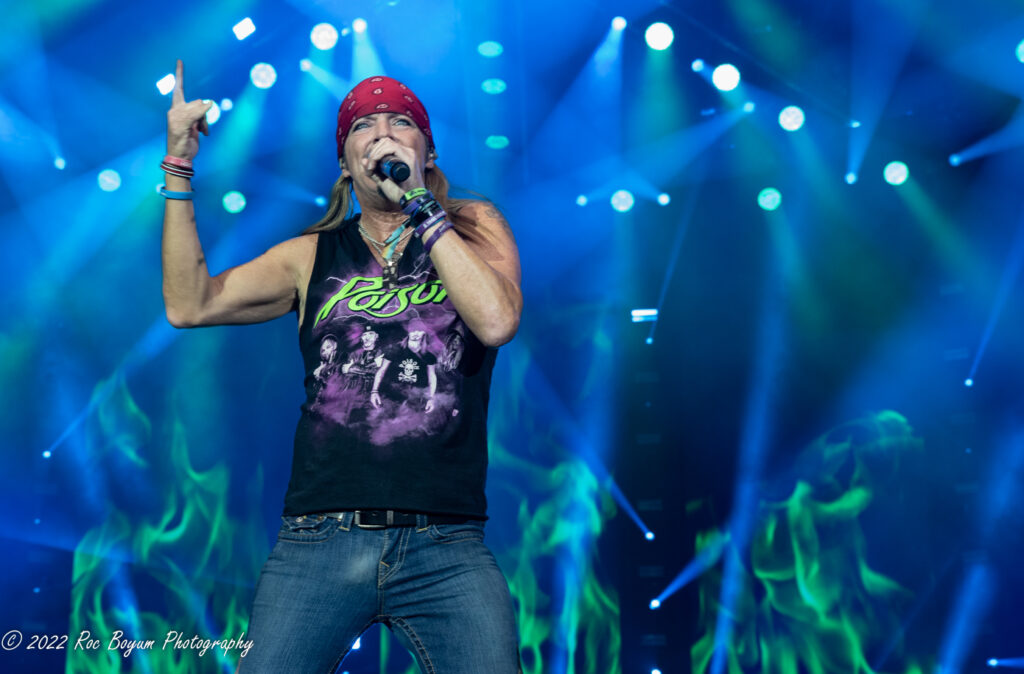 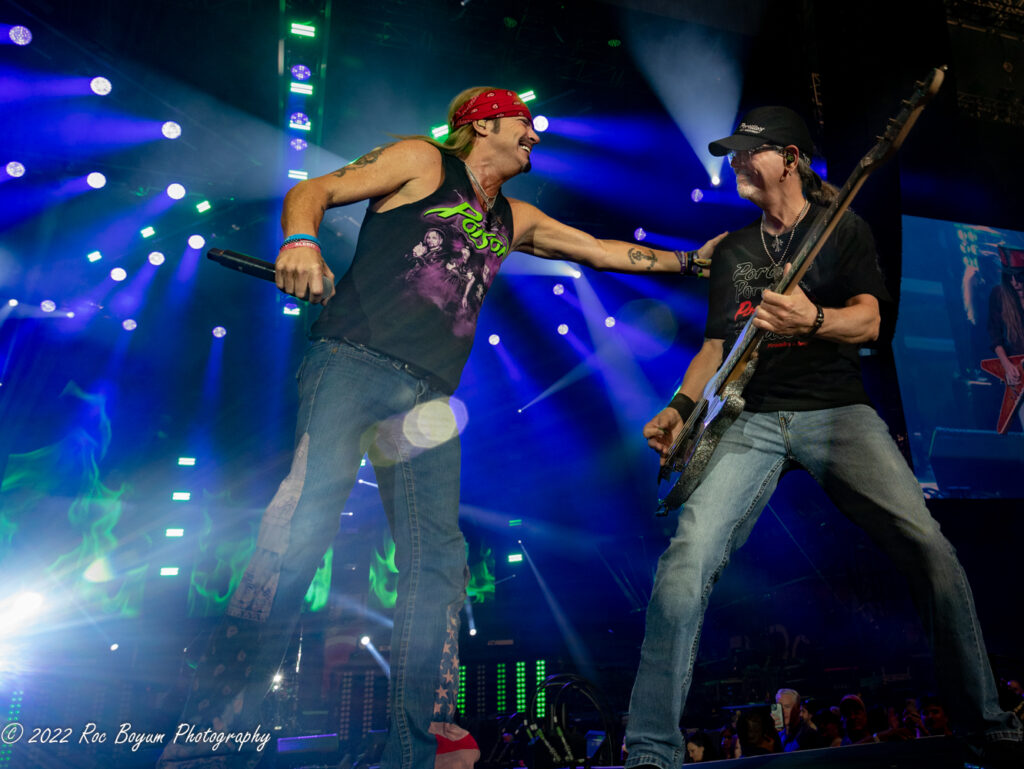 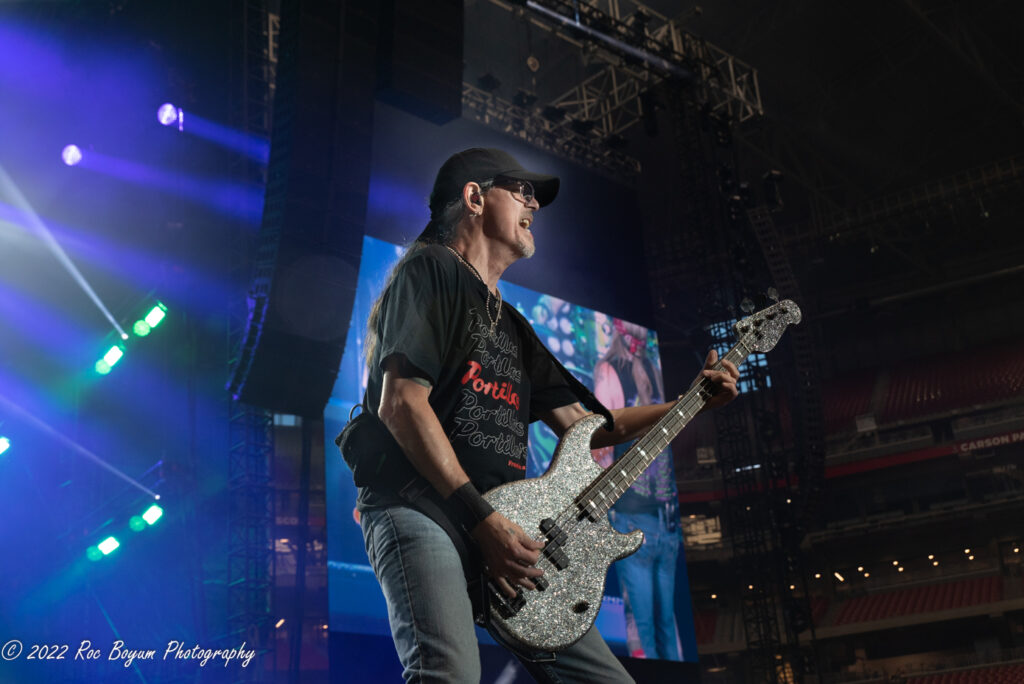 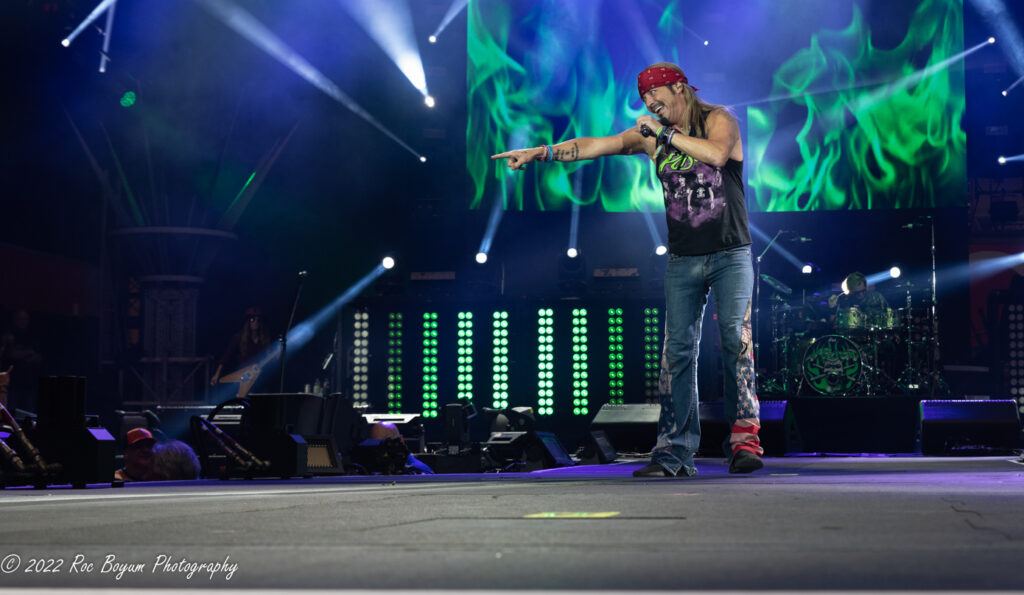 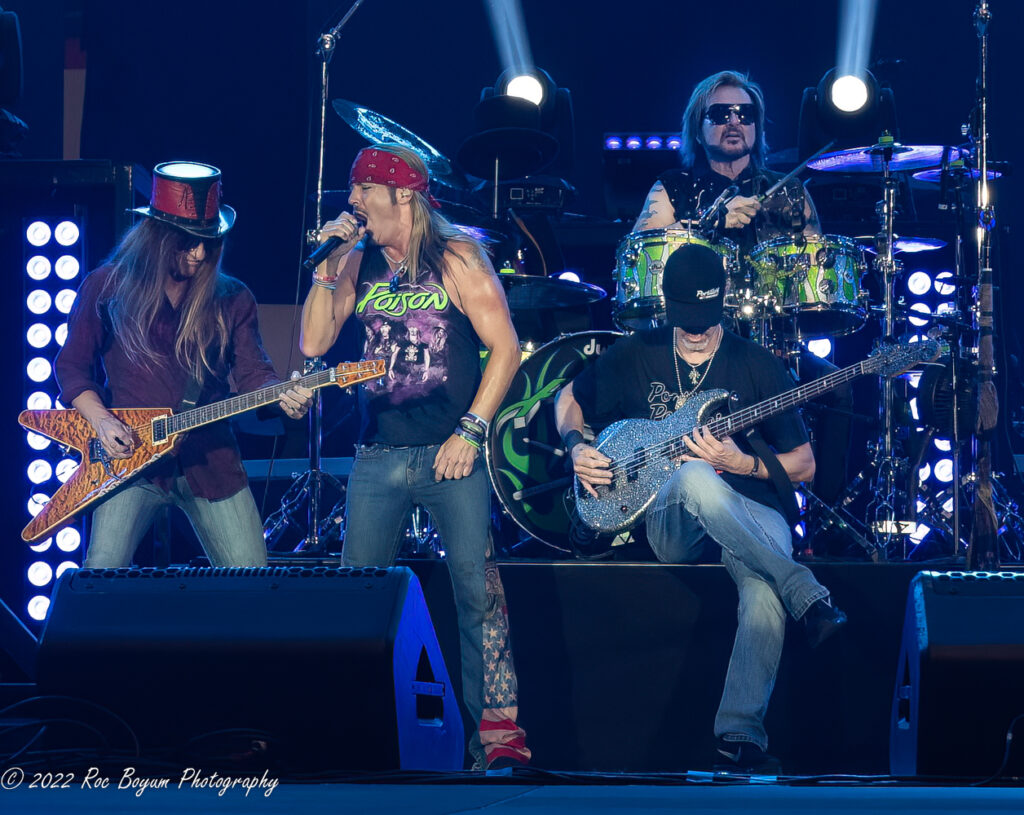 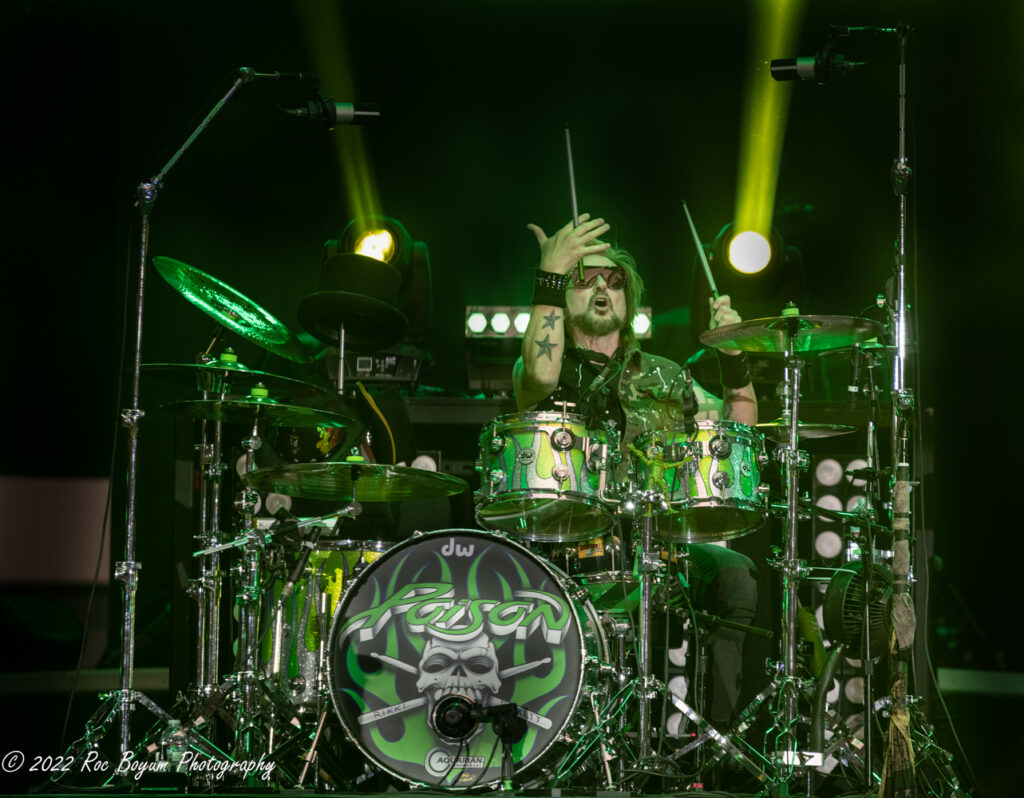 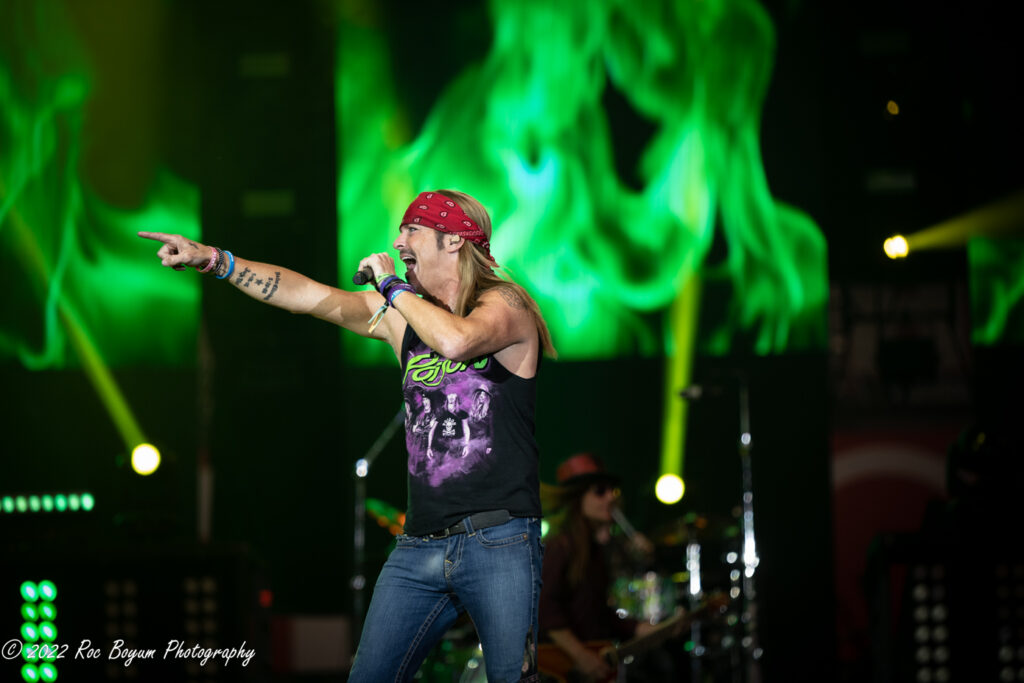 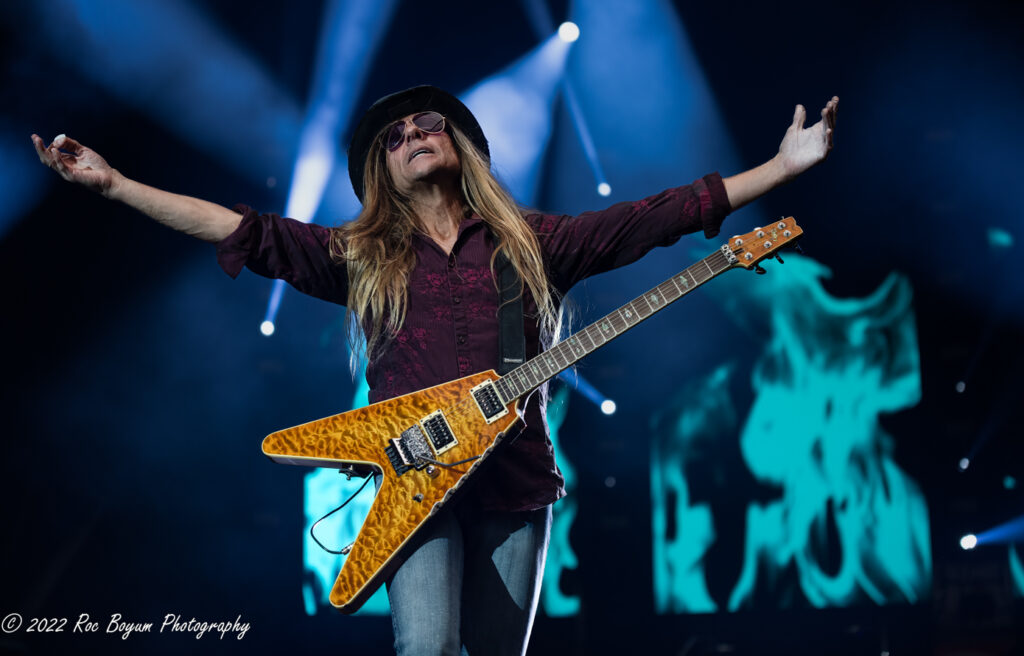 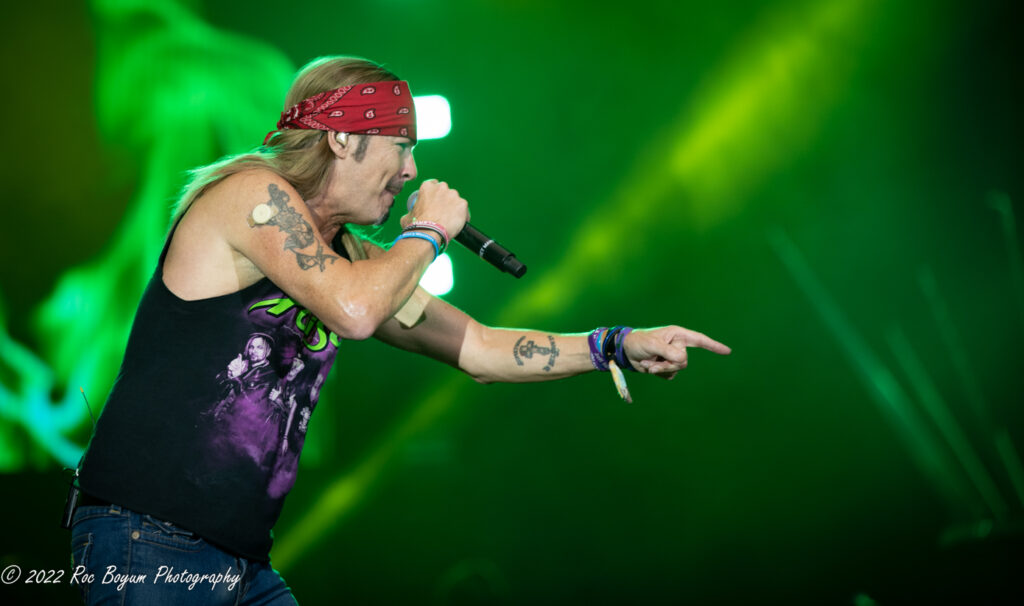 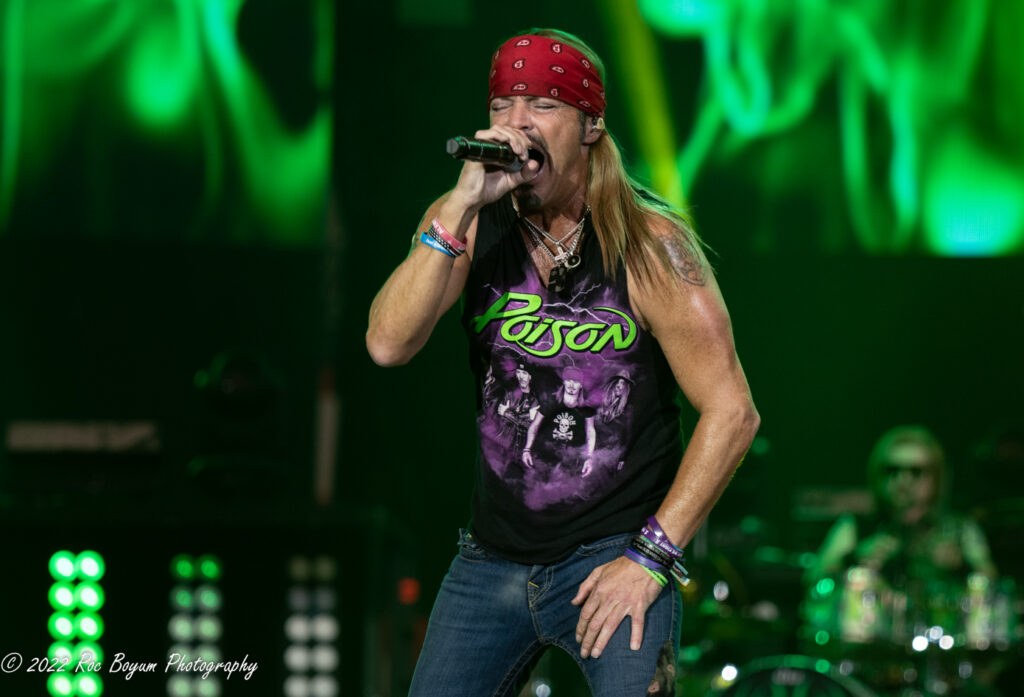 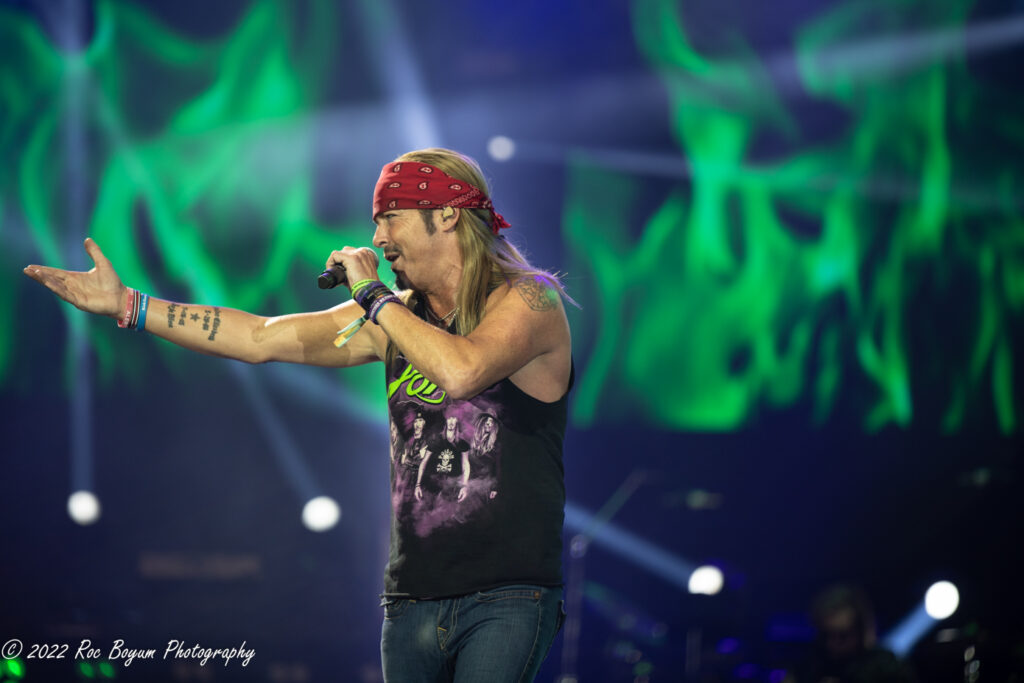 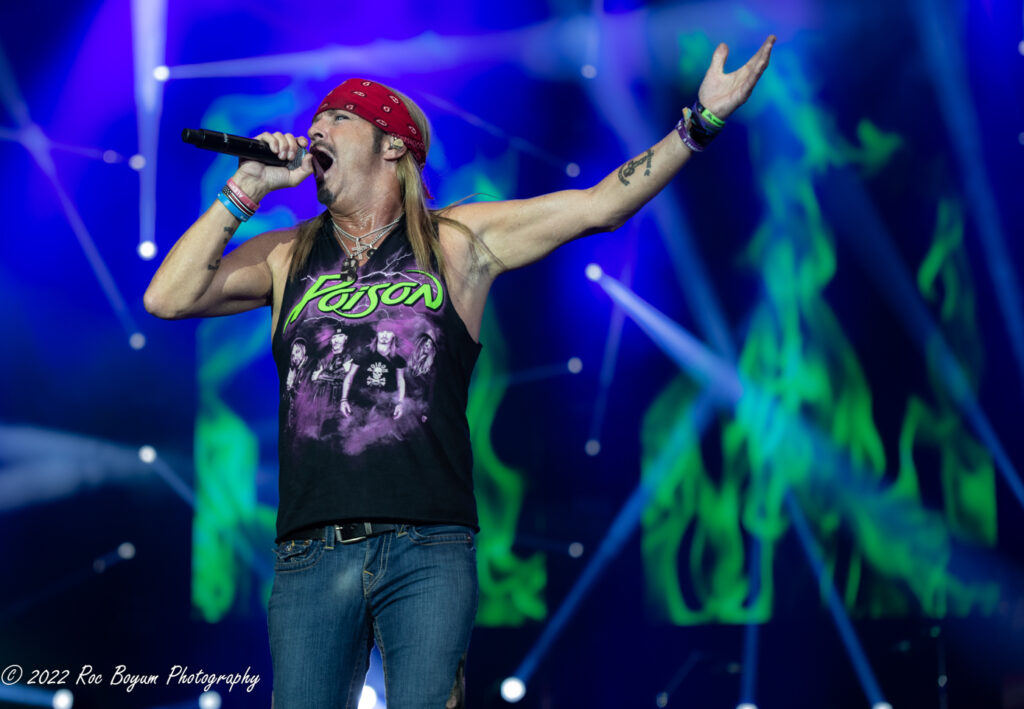 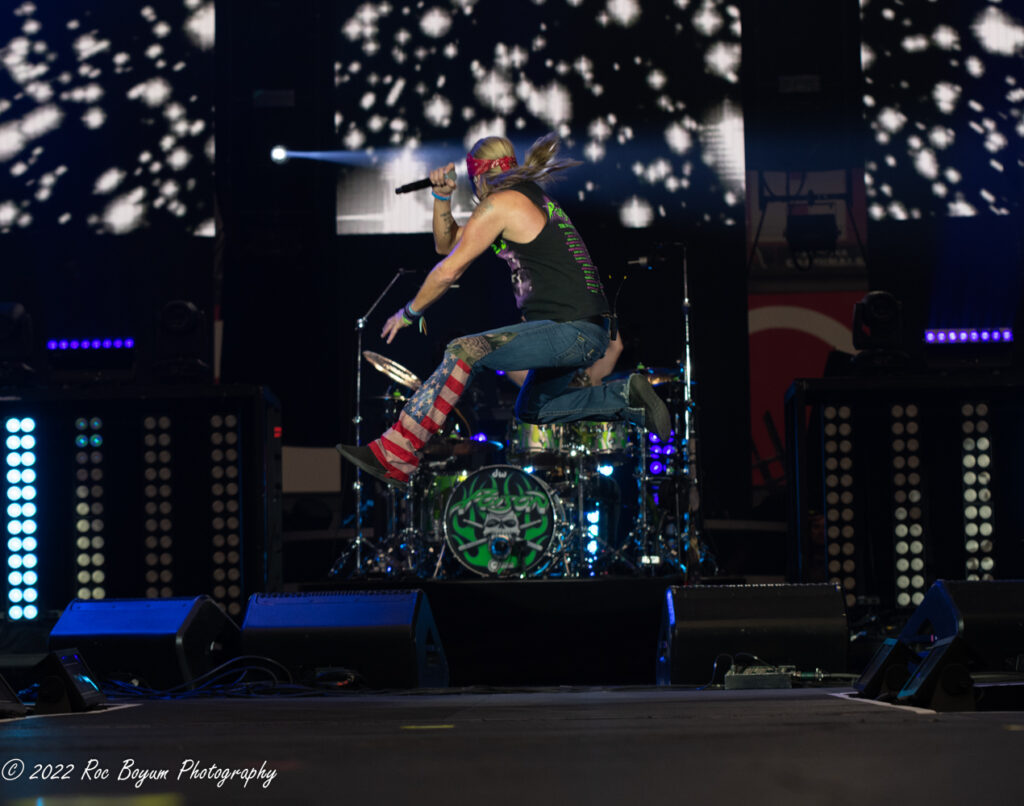 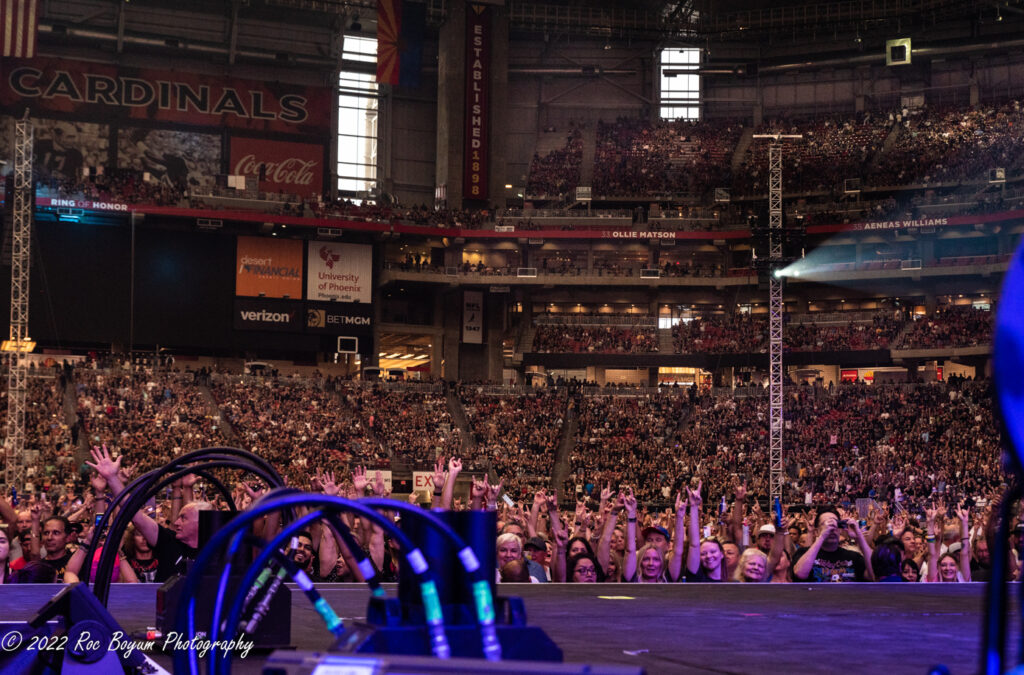 Look What The Cat Dragged In

Talk Dirty To Me

Every Rose Has It’s Thorn

Nothin’ But A Good Time